THE guys down at MPW Performance have been pretty busy lately. Just a couple days ago we showed you Jess Boothroyd’s Crusty Kingswood making over 850rwhp – today it’s Mark Aldington’s twin turbo VC Commodore making over 1000hp at the tyres.

Mark’s other car, a twin turbo VP Calais with the numberplates UNFAIR, is pretty well known around the Melbourne scene. It features a very tough 427ci combo with twin Turbonetics turbos and also makes over 850rwhp. That’s just his street car! 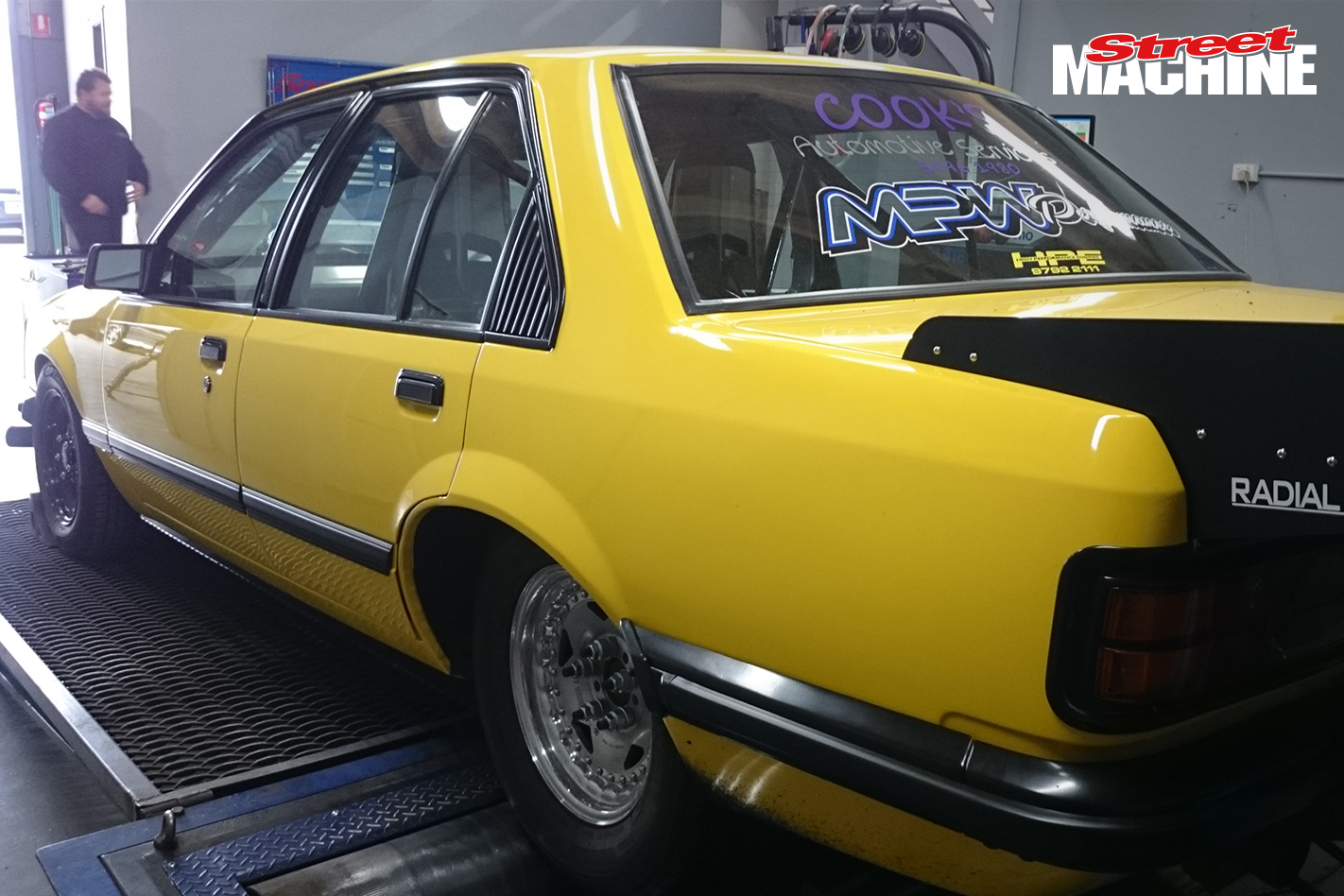 Now Mark has stepped things up with this new ride. It’s a VC Commodore that they’ve really gone to town on; it’s like a reverse mullet – there’s a party up the front and it’s all business down the back. Getting the party started there’s a 427ci LS engine with all the fruit built by Top Torque in Vermont, VIC. 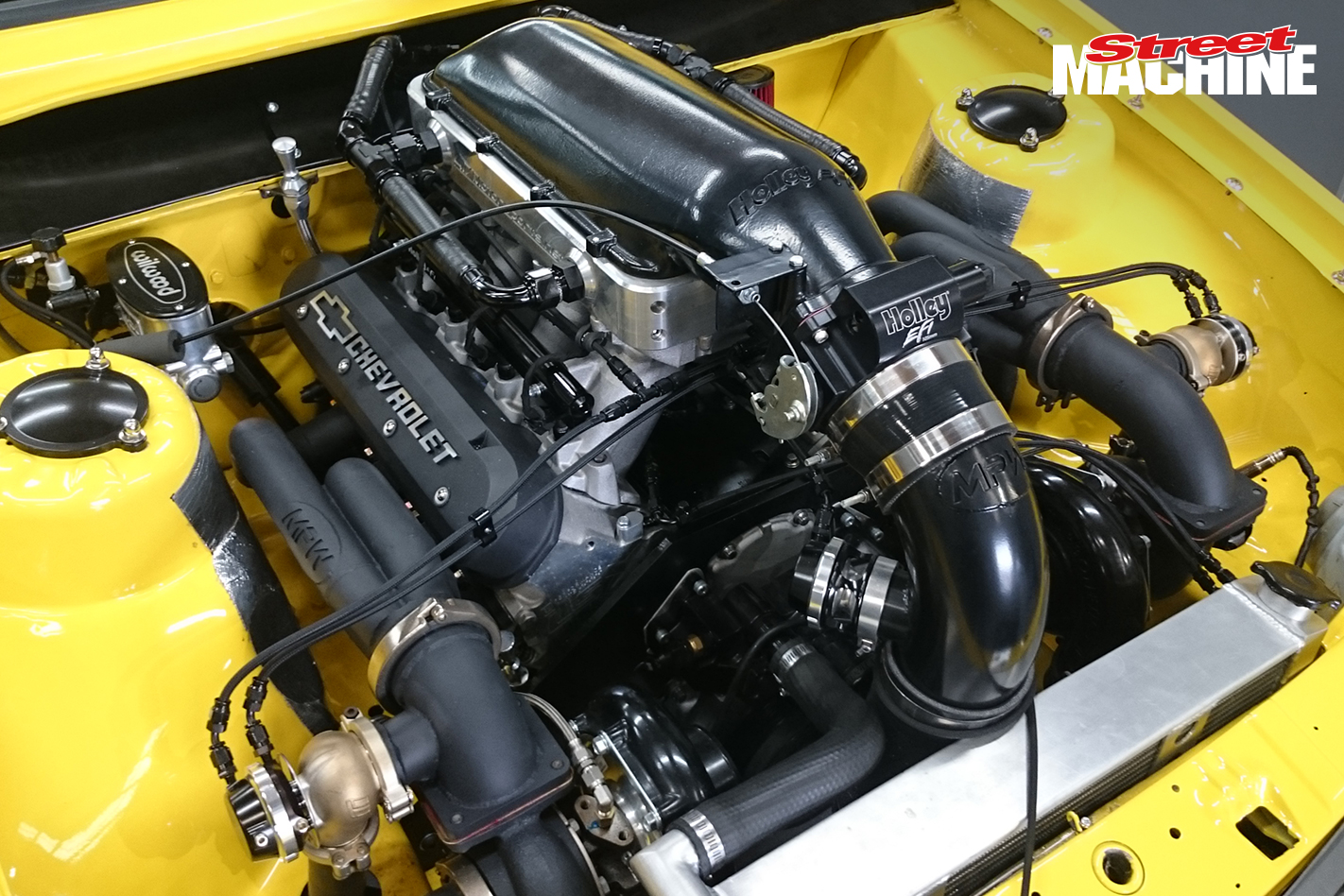 MPW Performance in Dandenong have built up a set of custom pipes with a pair of 75mm Turbonetics turbos and 45mm Turbosmart wastegates. Rather than use a bulky air-to-air intercooler the guys have used a 417 Motorsports water-to-air intercooler that attaches to the top of the Holley Hi-Ram intake; it’s a good looking set-up that seems to keep the inlet temps to a reasonable level thanks to an ice box in the back seat area. MPW have also handled the tuning using a Haltech Platinum Sport ECU with dual wideband sensors. When the guys get to the track they can monitor it all through the Racepak dash and there’s also an AMS1000 for precise boost control. 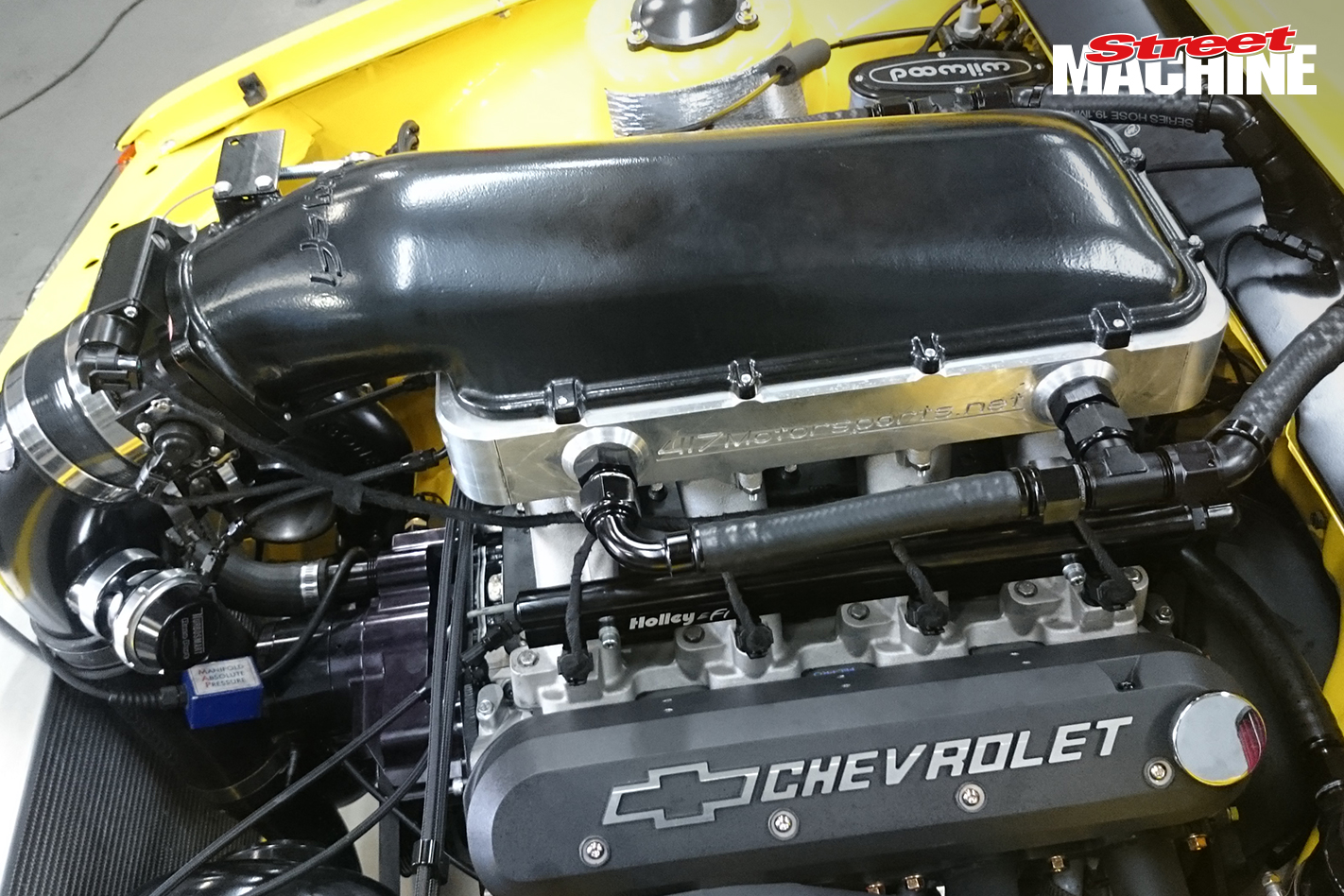 Feeding power towards the arse end there’s a fully built Powerglide to transferring all that grunt to a nine-inch four-link rear. How much power exactly? Well at just under 17psi boost the guys are already seeing 1020hp at the treads, but Adam Rogash at MPW admits it could be even higher than that because they’re maxing out the dyno so early into the run. 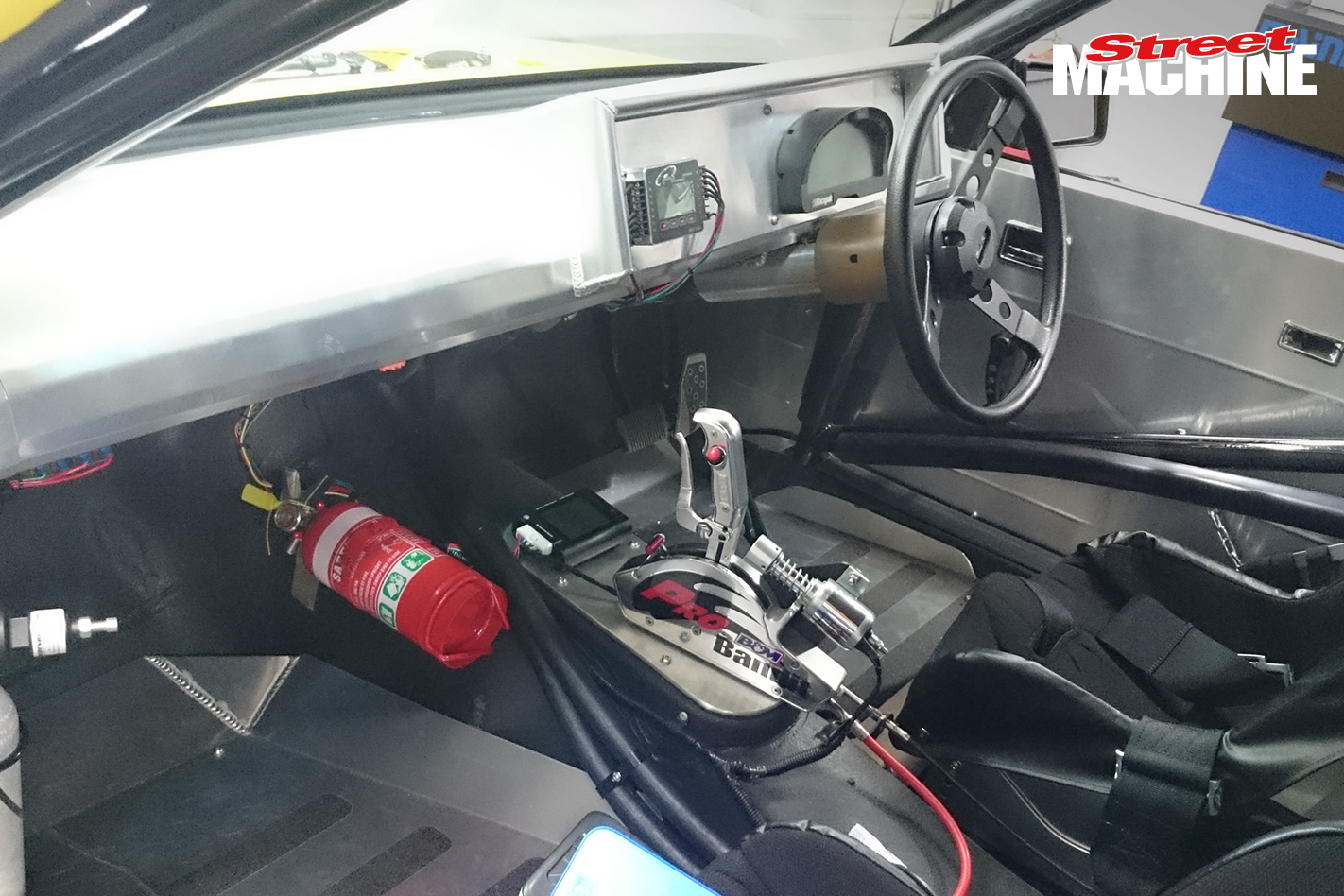 Mark wants to run sevens with the Commodore and we reckon that shouldn’t be too difficult. After all, Adam’s own car has a similar engine set-up and it runs high sevens in a heavier car. Either way we should know pretty soon because the guys are planning to hit the track shortly, but after seeing it run on the dyno recently we’re guessing sevens won’t be a problem. If 17psi doesn’t do the track the guys are willing to crank the boost up to 30 pounds of awesomeness. Now that would be something to watch.