WE’VE seen Tony Webb’s chocolate brown Torana before, but we love this eight-second ride so much that we thought we’d take another look at it.

“It’s a rocket ship,” Tony’s son Connor tells us; and he’s not wrong. Listen to this Holden V8-powered Torana thrust its way down Heathcote’s quarter mile. Up front there’s a 355ci Holden stroker that’s been built strong by the crew at Dandy Engines, while up the other end there’s an 82mm Borg Warner turbo hiding under the boot; and with some tuning by Con at Wollongong Engine Services the car has run 8.41@165mph.

There are plenty who say a turbo mounted under the rear – six feet from the engine bay - doesn’t work, but Tony’s Torana clearly proves that theory wrong. Moving the turbo away from the bay means there’s less heat up front and the car certainly runs strong on 20psi boost with premium unleaded fuel and no intercooler. The combo has proved to be reliable as well; Tony won the APSA X275 National Championship last year with the brown beast. 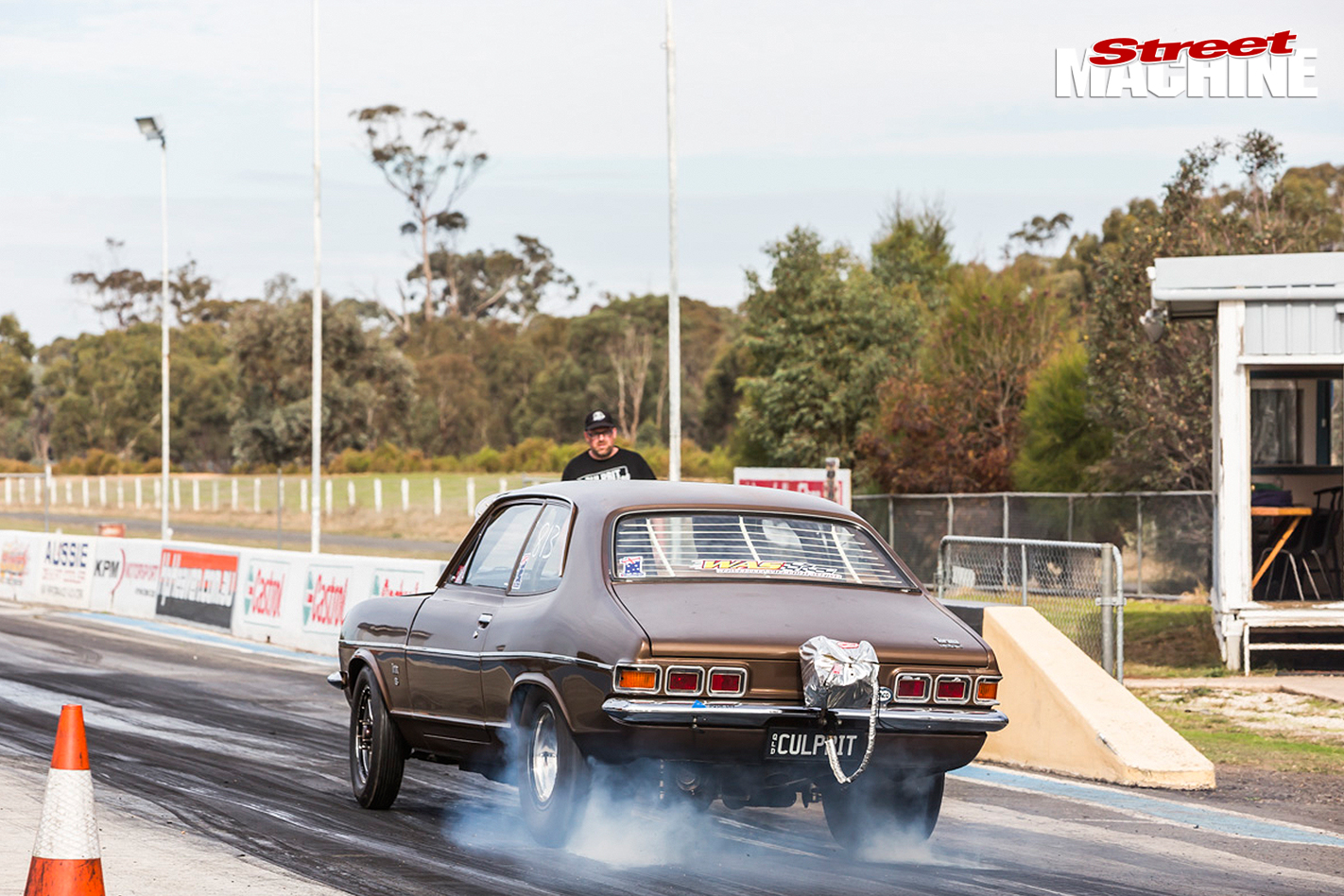 Watch the video and check out the bump box in action. Tony rolls into pre-stage (first light on the tree) and activates the transbrake on his Powerglide with the right hand button on the steering wheel, then builds boost before using the left button to activate the bump box – a device that momentarily disables the transbrake – to move the car into full stage (both top lights on the start tree lit). When the tree counts down he releases the transbrake button and launches. Listen to that exhaust as the Torana goes down the strip; you can hear why we call the car a ‘rocket ship’!