SYDNEY car builder John Saad has won just about everything there is to win his Mazda RX3, including the Meguiar’s Superstars Grandmaster award in 2015 and both Top Judged and Grand Champion at Street Machine Summernats in 2016. 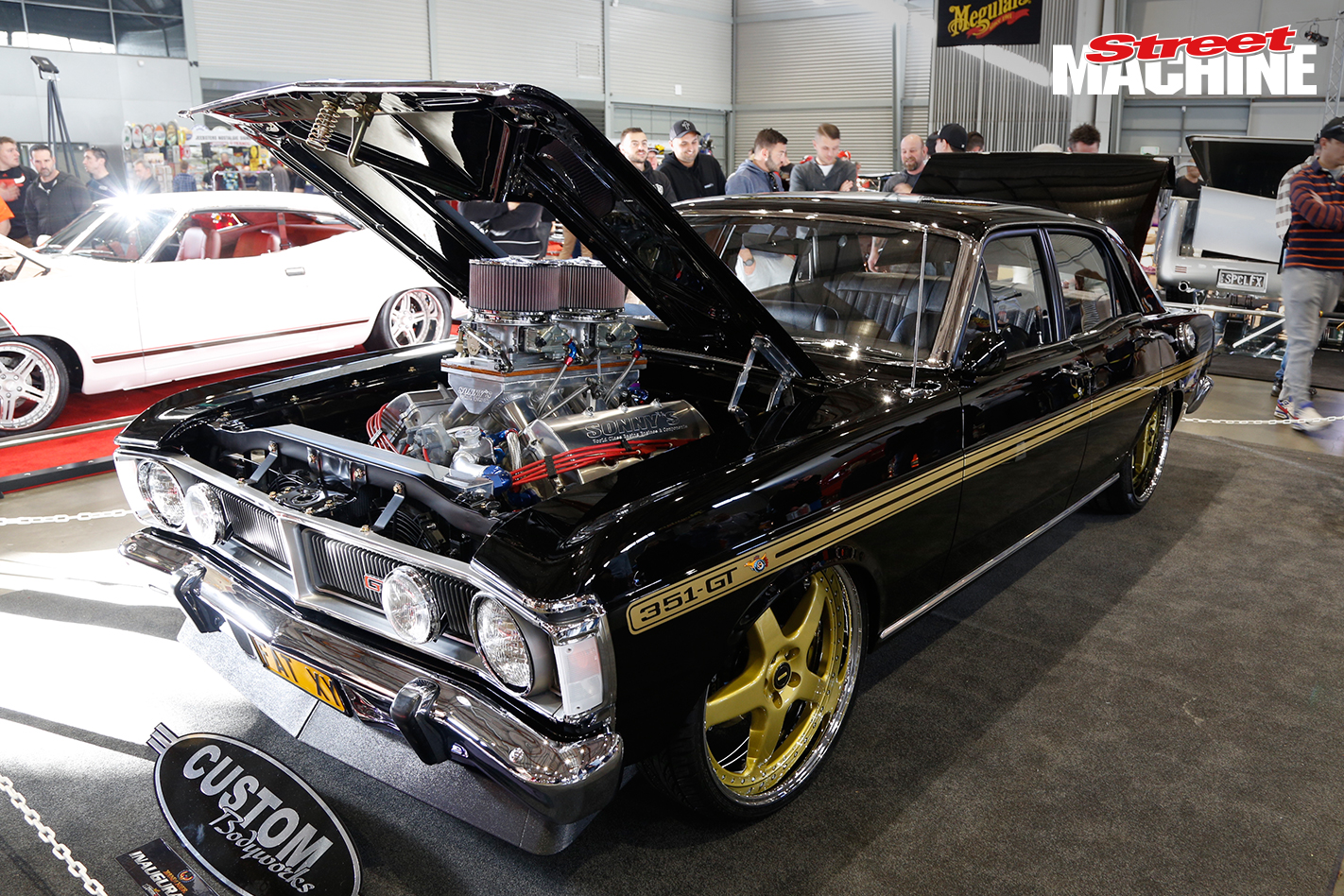 While the Mazda does see street time, John was keen to build something a little less precious as a street car, namely this evil XY Falcon, dubbed FATXY. Of course, John was never going to build a simple cruiser. 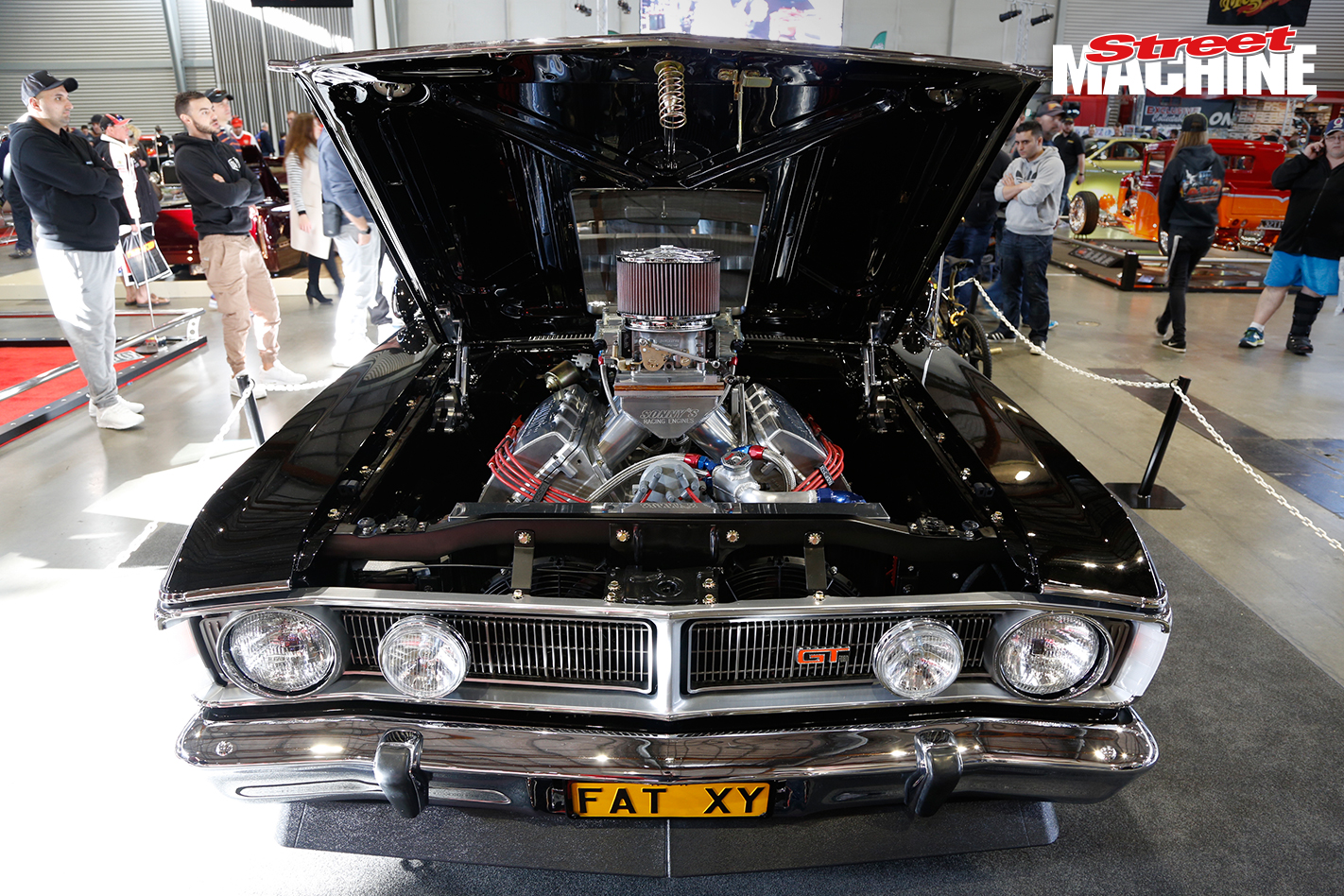 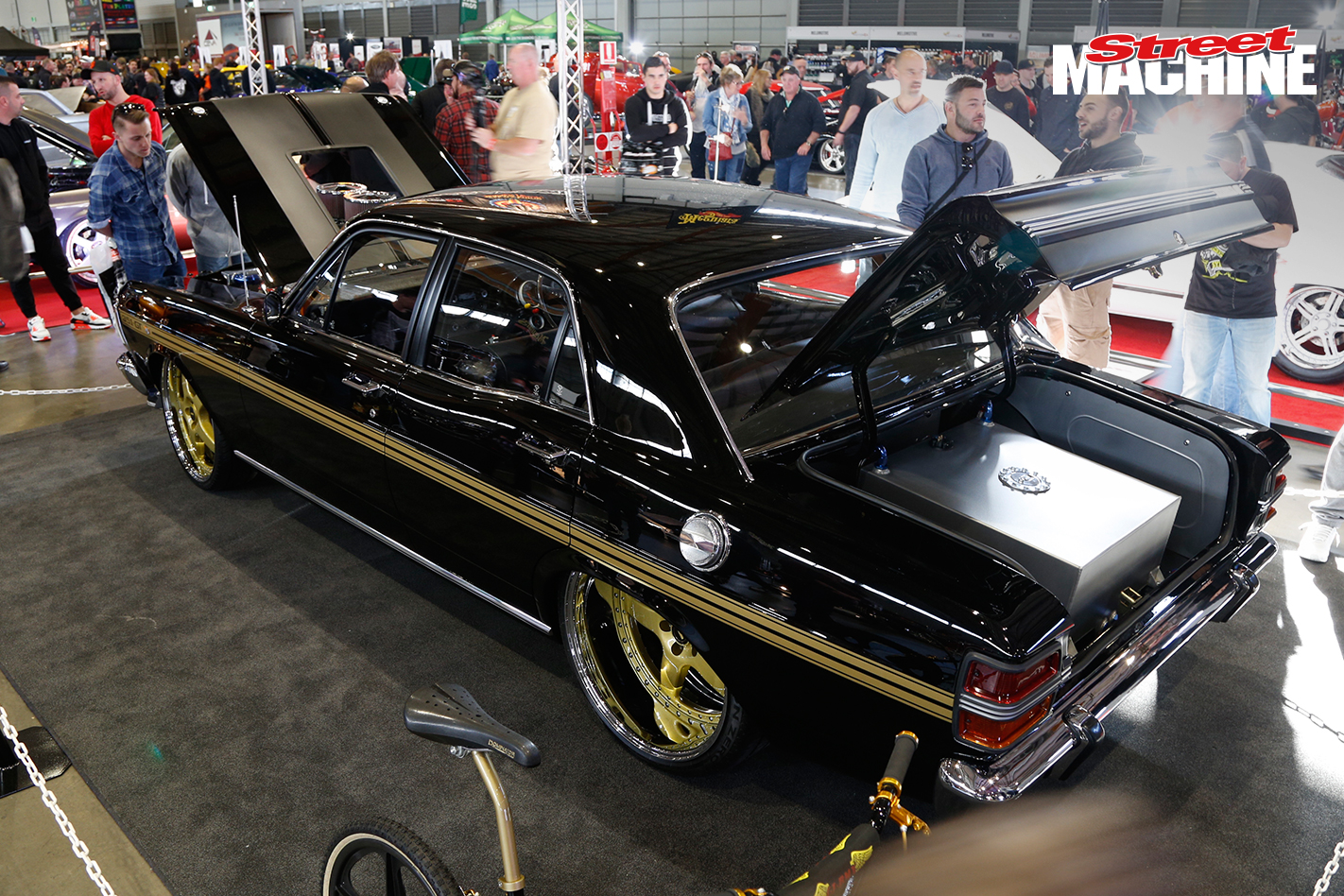 Almost as impressive as the engine is the stance. Often, big-inch rims on 70s muscle cars are a recipe for a high-riding stance, but John’s XY is slammed down hard over the 22x7 and 22x12in Simmons rims. A McDonald Bros double a-arm front end, a big set of tubs and a four link rear end by JT Performance helps the XY swallow the massive rubber. Of course, the diminutive factory brakes would have looked silly inside those massive wheels, so a monster set of Wilwoods fill them out nicely. 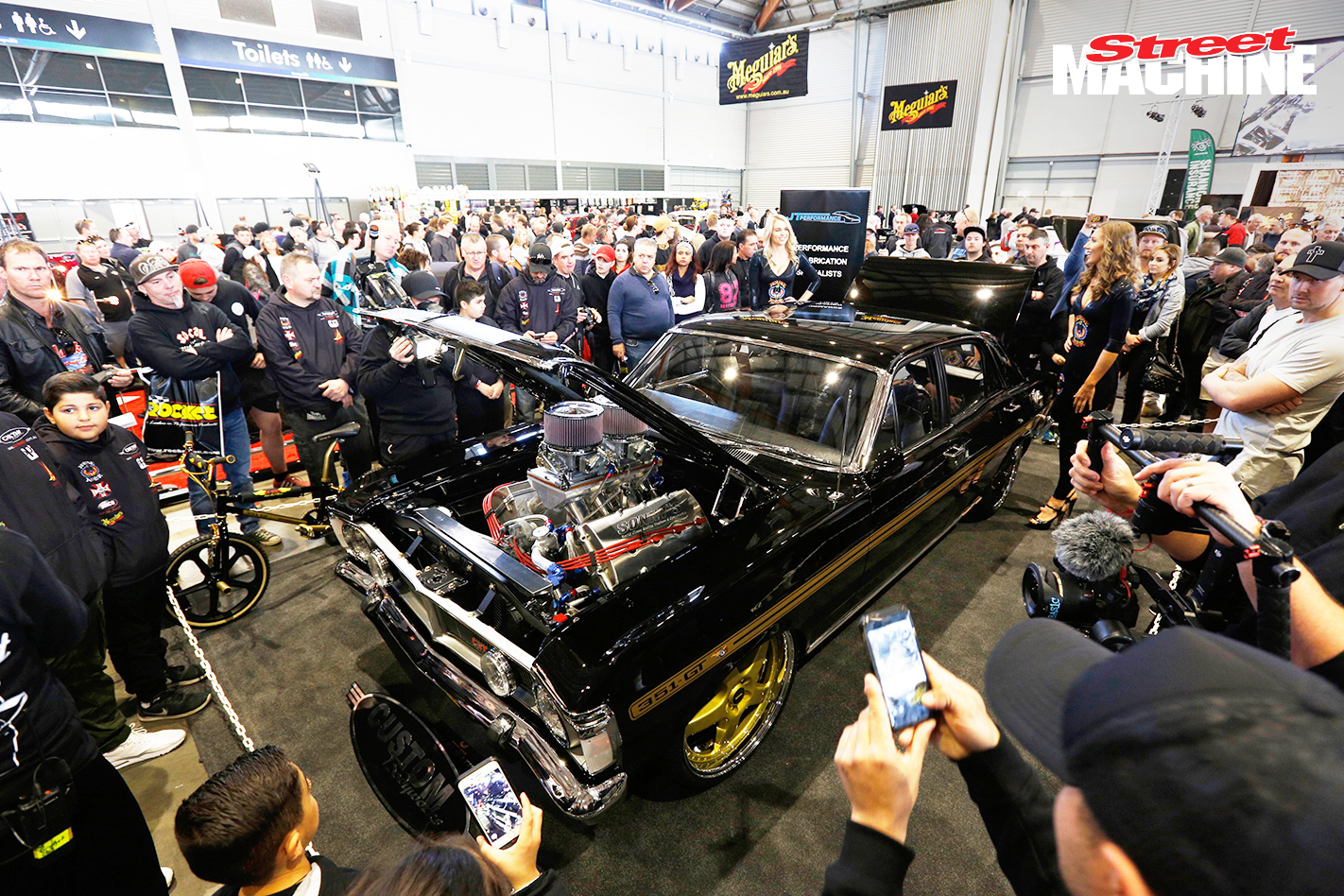 The final punch in the combo is the black-on-black HOK kandy paint, complete with gold metal flake. As with the RX3, Custom Bodyworks handled the panel and paint and the result is outstanding. It is going to be a mission photographing this thing! 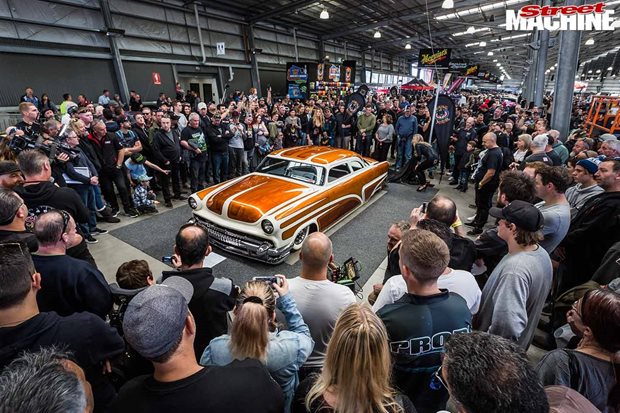