SATURDAY at Powercruise 66 was a bit of a damp affair, but the moment the weather gods allowed, promoter Michael ‘Gup’ Gilbert called upon contenders for the $5000, winner-takes-all Street Outlaws racing to do their thing on the Sydney Motorsport Park main straight. 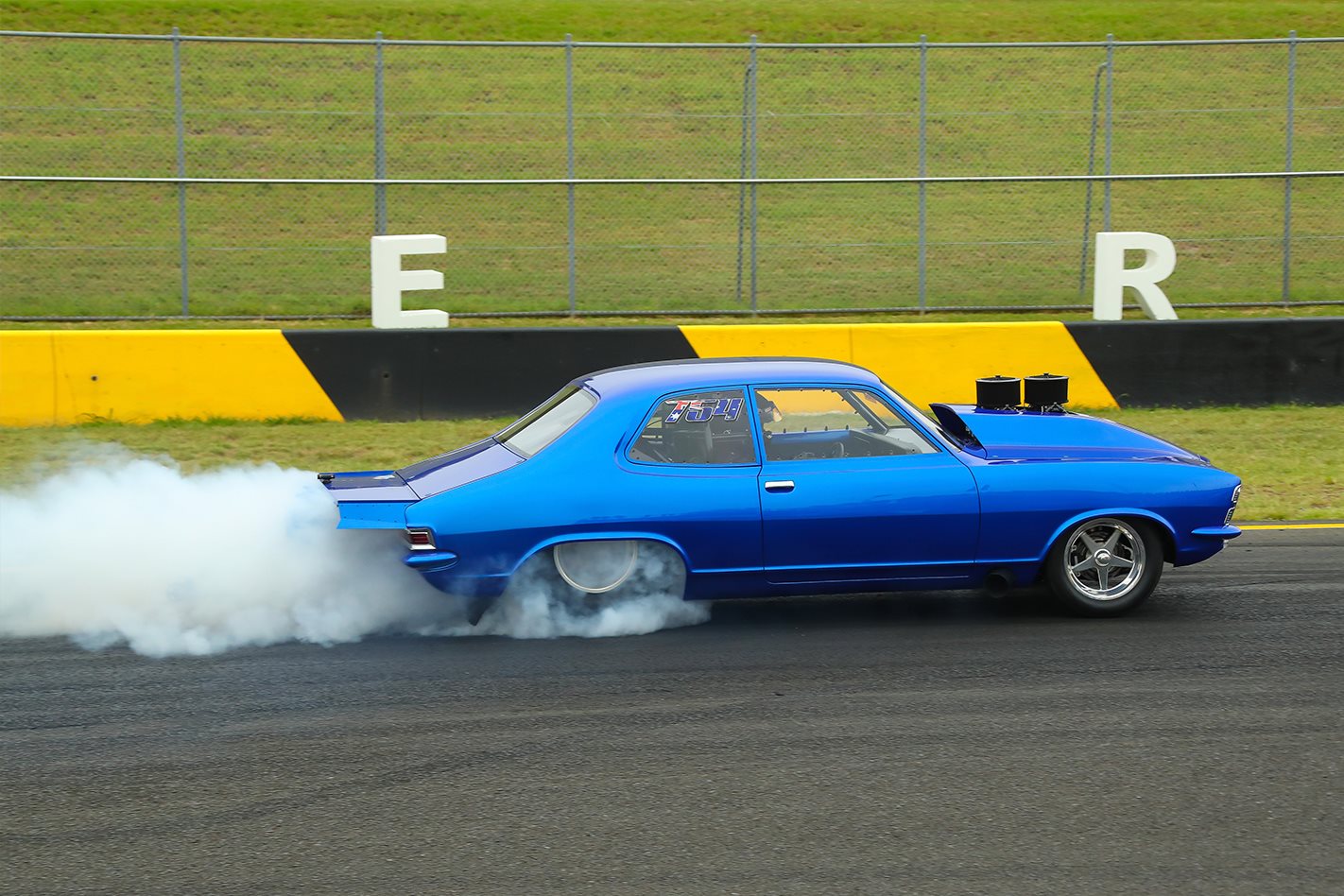 The no-prep surface and cool, damp conditions favoured the all-wheel-drive import brigade, and the smart money was on the JUN II and ARSONL Skyline GT-Rs, both of which looked stonkingly quick early in the elimination rounds. But along the way Godzilla tripped and fell, and we were treated to a good old-fashioned, all-V8, Holden-versus-Ford final. 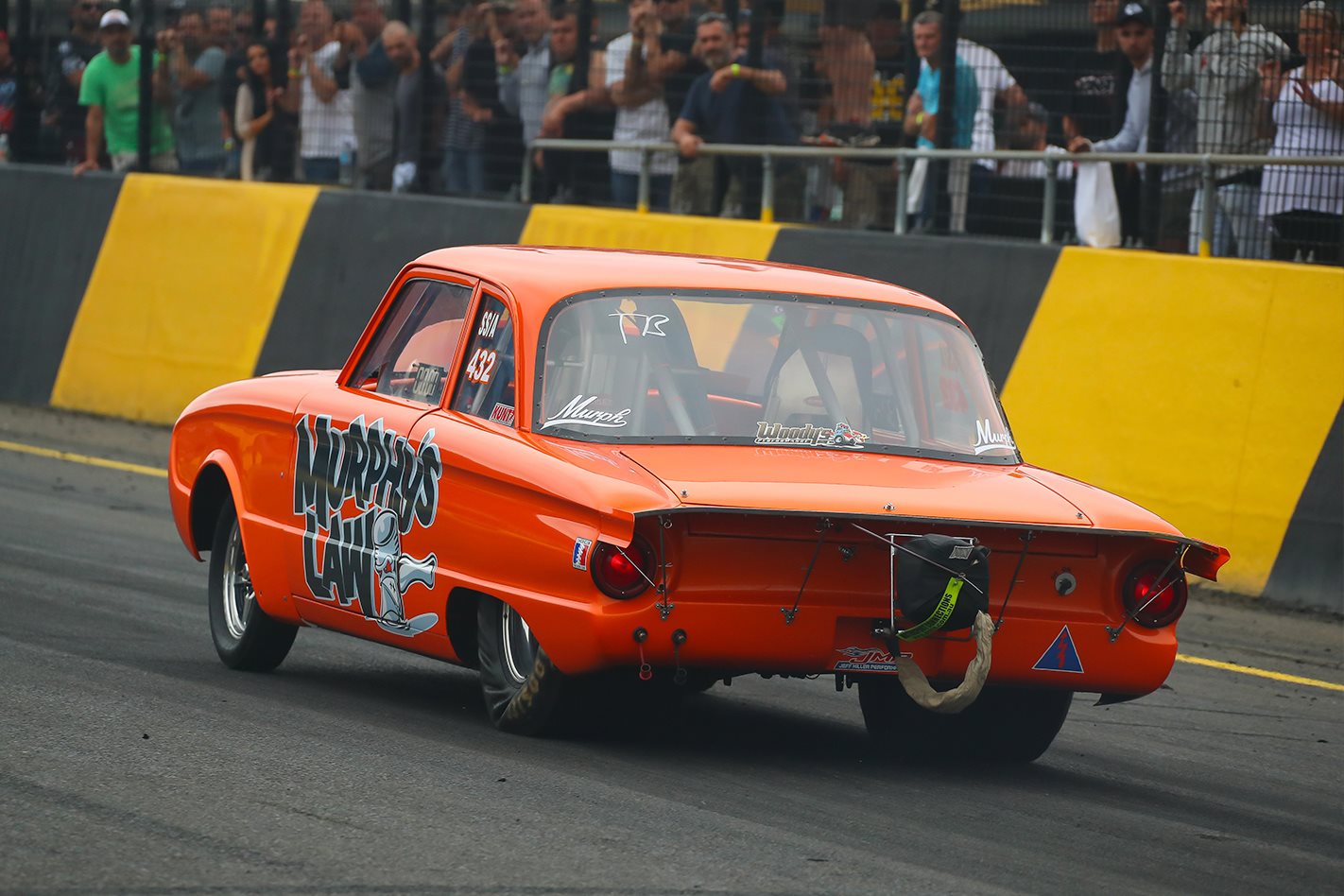 David Murphy’s wild Murphy’s Law Falcon squared off against Mark Hayes’s head-kicking 763ci Torana for the five grand. Both are nitrous cars, but David and Mark didn’t fire up the giggle gas this time around. What transpired was one of the most contentious finals in Powercruise history!

Murphy left on Hayes, and while some suggested that he buggered off early – even the starter indicated it may have been the case – officials carefully scrutinised a slow-motion replay after the race and ruled that he cut a near-perfect light. 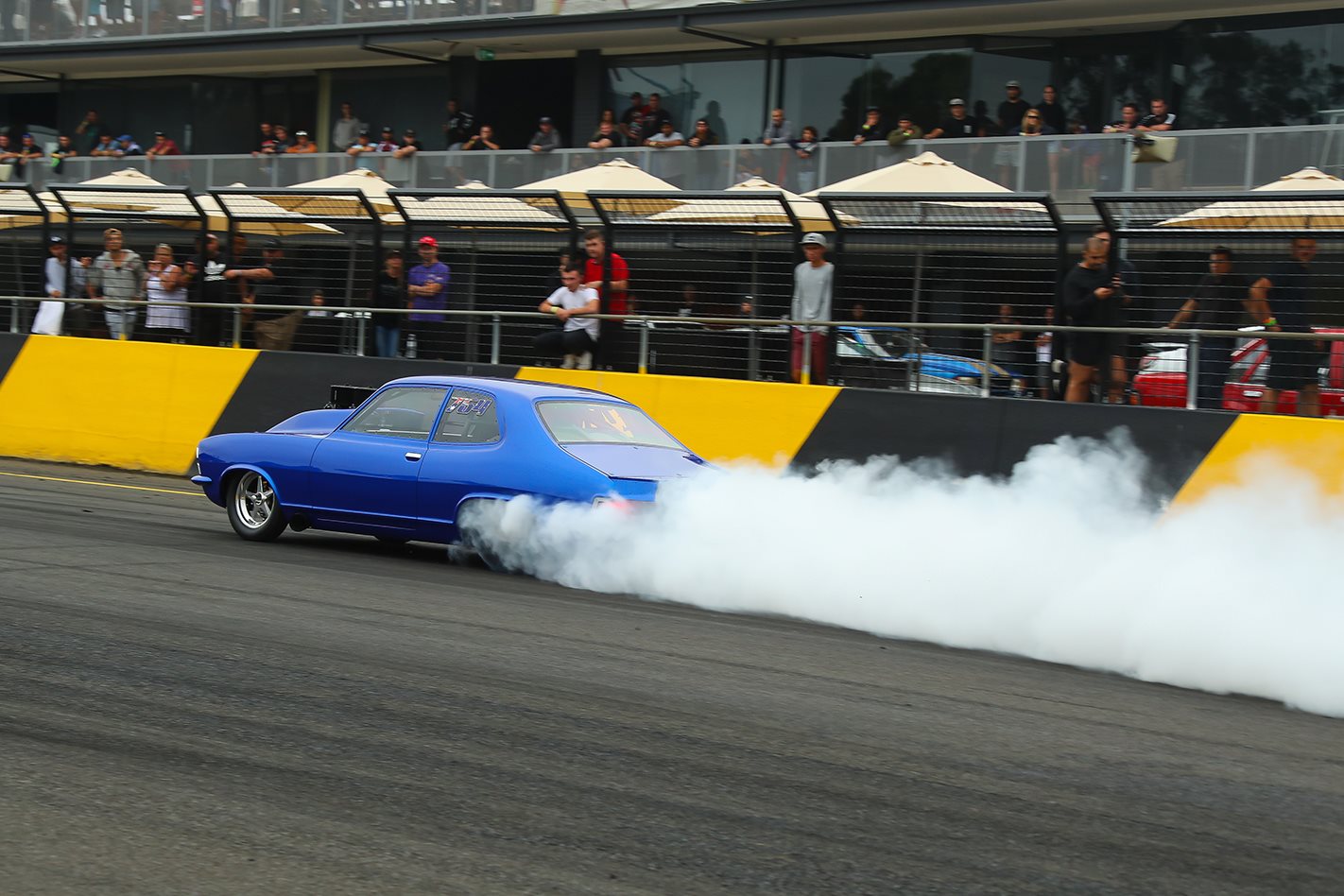 But the real controversy occurred when Murphy’s Law broke loose mid-track and crossed into Hayes’s lane, with Hayes lifting as result. Both men returned to the startline to argue their case, and words were exchanged, with Murphy reportedly offering to re-run the final.

In the absence of a clearly defined centreline, officials awarded the cash to Murphy, with both blokes ultimately accepting the decision and shaking hands. 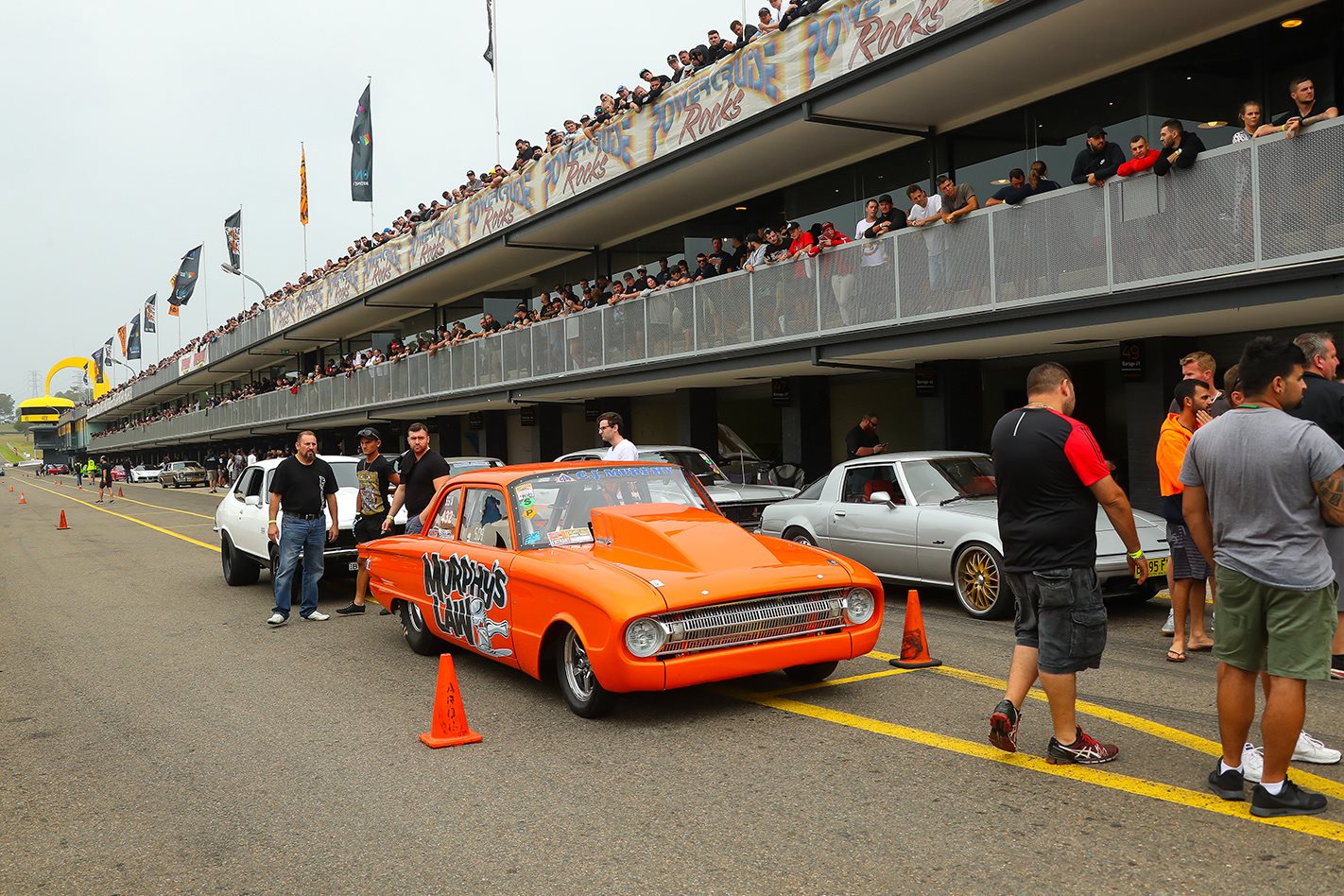 Did the officials get it right, or was Hayes robbed? Let us know in the comments below!