A FORD Falcon ute probably isn’t the first thing that springs to mind when you think time attack car, or even circuit car. But we all know how good the Barra turbo motor is, having proven itself numerous times on the drag strip in both stock and modified form, so there’s no reason why it couldn’t work in a circuit car. 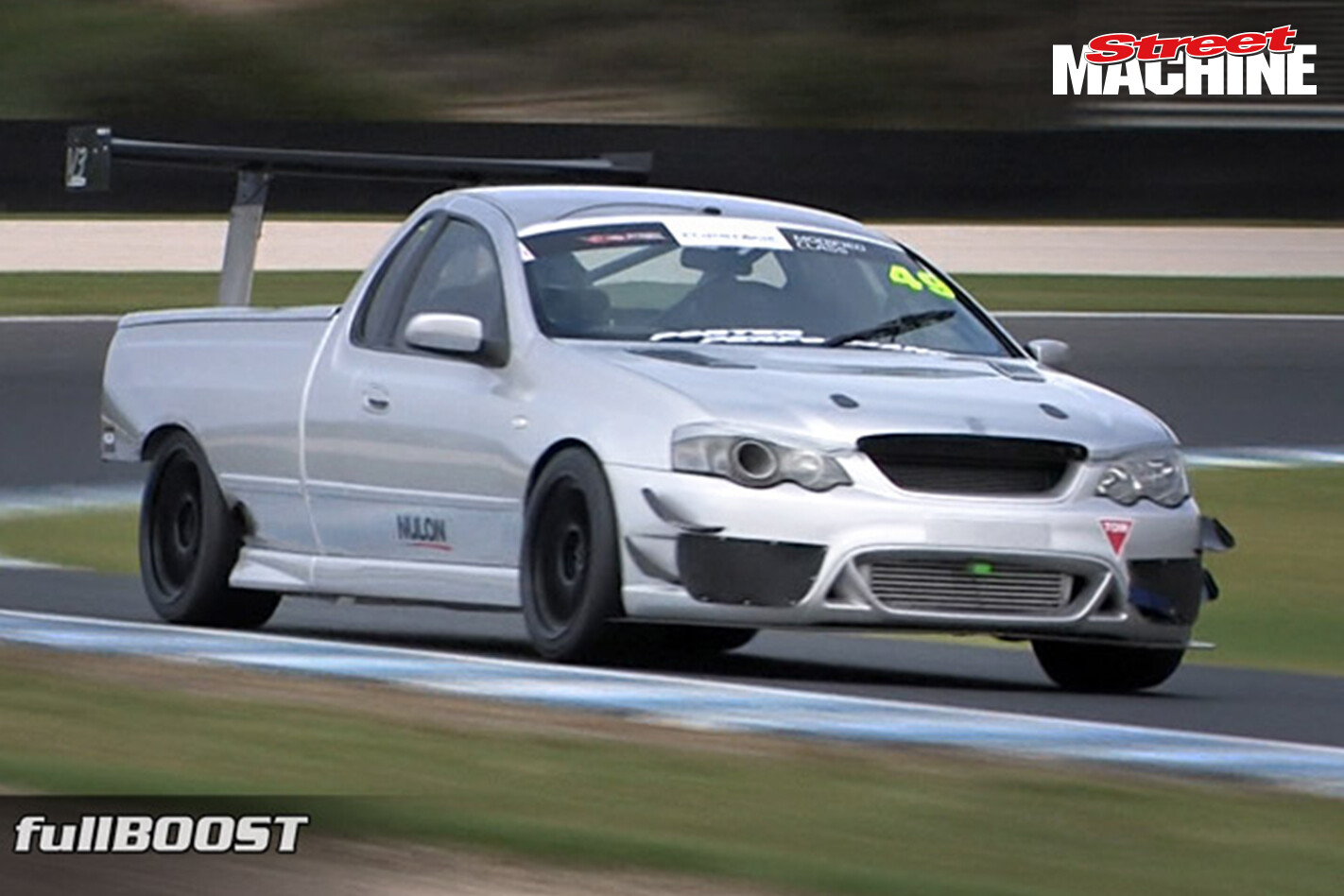 From there the ute runs a standard six-speed manual ’box into a custom Nissan 300ZX independent rear-end set-up. The guys at Impossible Fabrications fitted up the turbo-spec IRS with BC coil-overs and the custom rollcage. The set-up now has huge adjustability and handling capability that the old live-axle leaf-spring arrangement could only dream of. Ian was recently at the Victorian Time Attack event at Philip Island and finished up with a best lap of 1:45.6, which we reckon is pretty good considering he had never driven the track before. The V8 Supercar record for the island is 1:31.21, set by Scott McLaughlin in 2017, while the V8 Utes record is 1:49.30, held by Ryal Harris.