SCOTT MacFadyen’s LX hatchback is a multi-talented machine, capable of both running mid-10-second passes and ferrying the kids to the beach.

Scott bought the Torana in 2011 as a tidy and original 253 car. He initially ran a small-block Chev before dropping in a tough 383ci Holden V8, mated up to a transbraked Powerglide. The hatch has been built with practicality at the forefront, with an almost totally stock interior that can cart around Scott’s entire family. The Powerglide’s selector even wears the 1978-correct shift knob. “It rarely gets out on the track; it sees street duty most weeks,” Scott says. 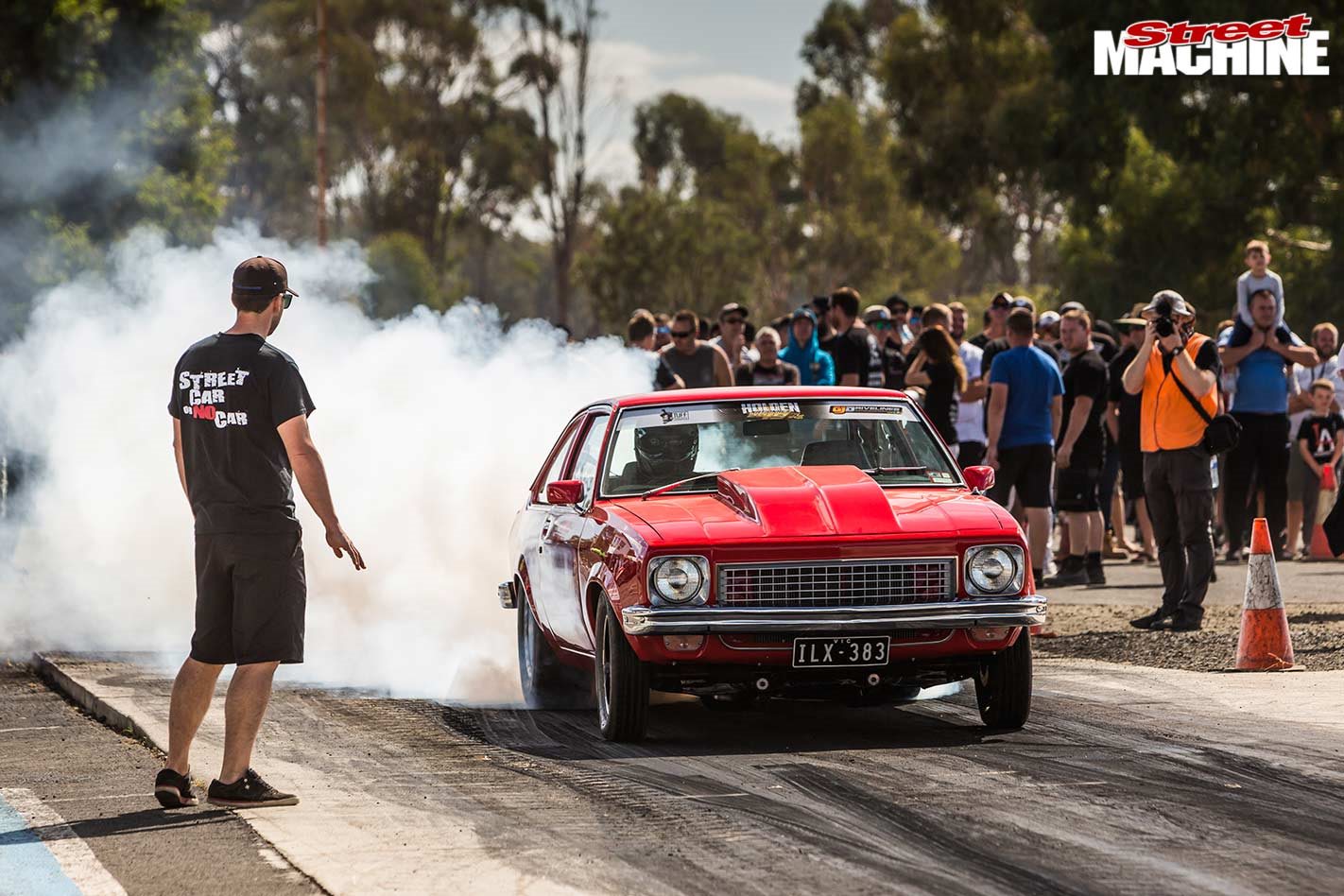 In his second showing at the Holden Nationals, running in the Naturally Aspirated Holden class, Scott ran a best pass of 10.40 seconds. Unfortunately, spinning tyres hampered his efforts to beat his 2018 times. “You want a PB every time you race; I went 10.30s last year so that would be good,” Scott says.

Scott is a big fan of the Nationals, cruising the ever-reliable LX up from Geelong to Heathcote and back again, so it’s a good bet he’ll be back for more next year.