One of our favourite rides from SEMA 2017 was 23-year old Connor Hofford’s 1984 VW Rabbit – otherwise known as a MK1 Golf. 80s Volkswagens with BBS rims are a classic combination, but not usually with this much rubber!

Unlike the mad VW Scirocco we saw at the Yokohama Mooneyes show, Connor has ditched the factory front-wheel drive set up – and most of the pretty much everything else bar the body shell! The rear-wheel drive conversion is based on a tube chassis with integral roll cage. At the pointy end is a Mustang II front end, with a parallel four-link out back. Shocks are QA1 coilovers and  there are Willwood disc brakes all ‘round. 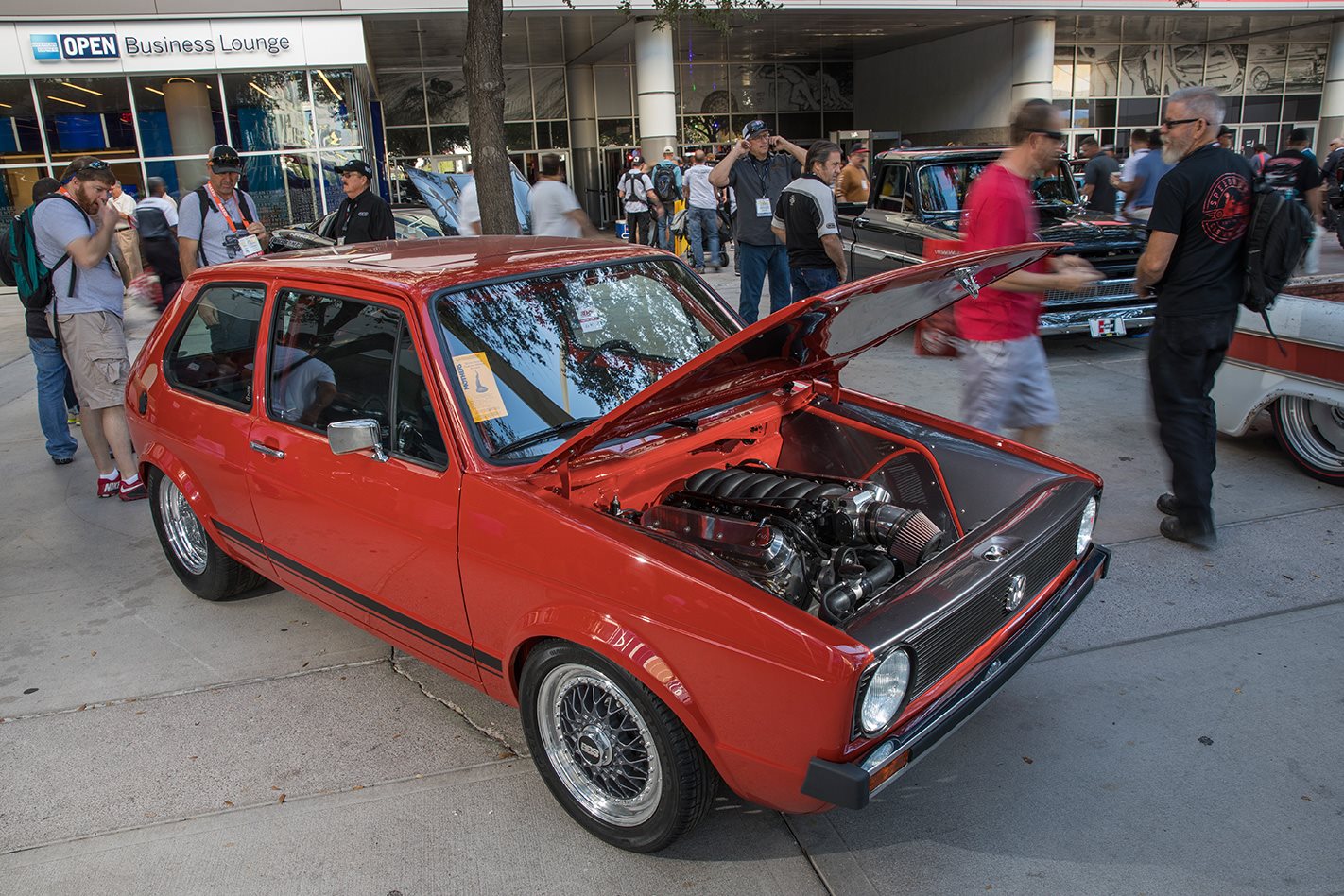 Under the bonnet is a built 370-ci iron block LS motor, with ported LS3 heads and a F.A.S.T ECU. The power goes down by a Muncie four-speed (yep, just like the mental RX7 we also saw at SEMA) and a narrowed nine-inch diff from a Ford Galaxie. 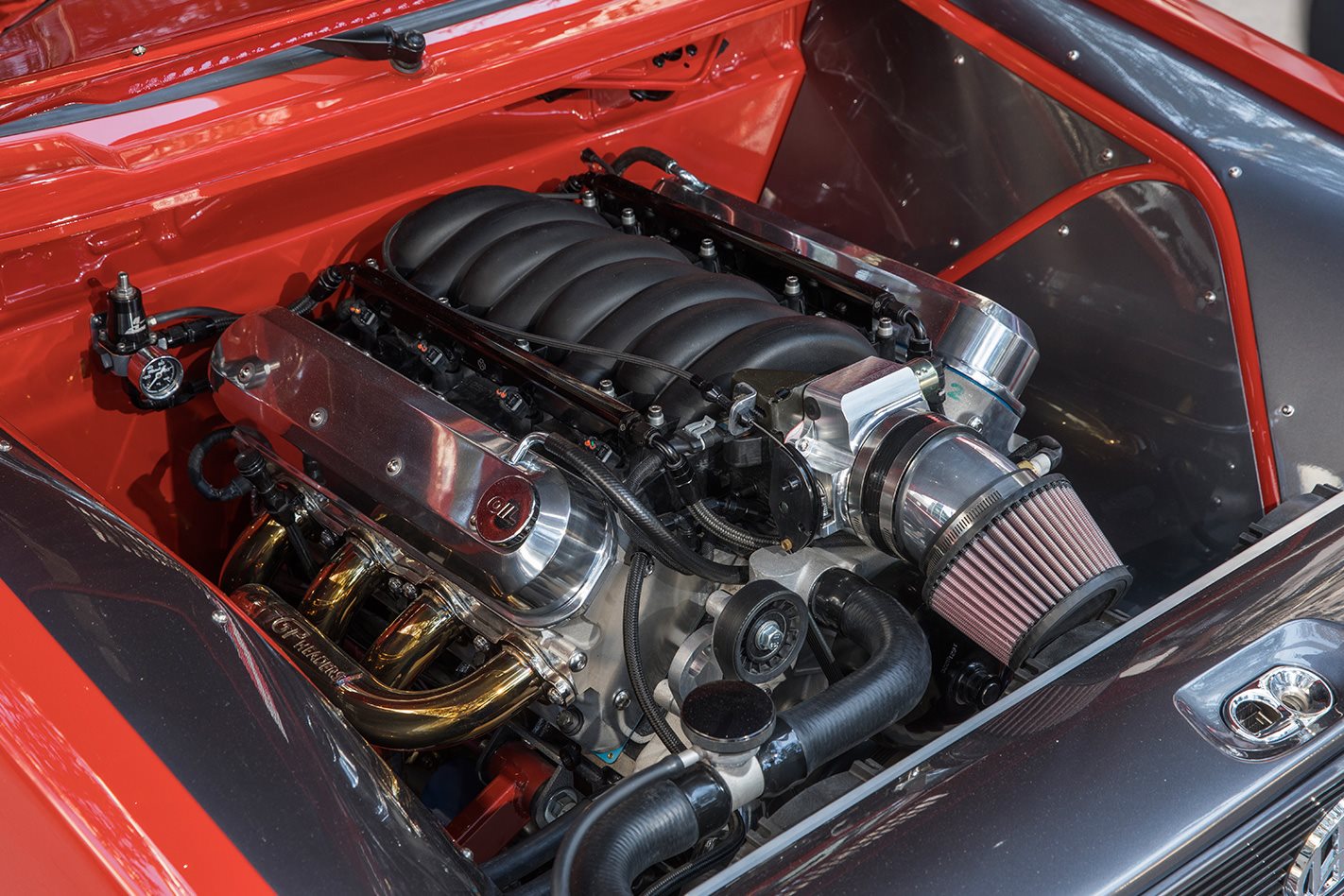 Inside, the dash has been smoothed over completely, with a Racepak iq3dash mounted to the roll cage and an exposed aluminium transmission tunnel.

Connor won a Top 40 spot in the SEMA Battle of the Builders and a Top 10 spot in the Young Guns division – we deserved, we reckon! His day job is at Quality Custom Rides in Lancaster, Pennsylvania – the dudes behind the chopped 1967 Camaro powered by the Aussie-built V12 LS1 donk. 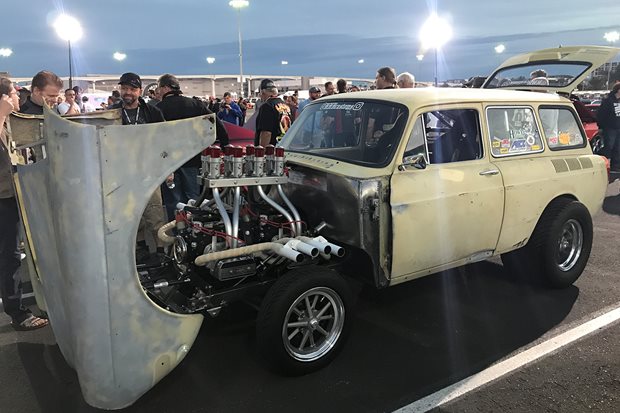 Ron Howe's crazy twin-engine VW Type 3 gasser didn't make it into the SEMA proper, but he did steal the show at SEMA Ignited 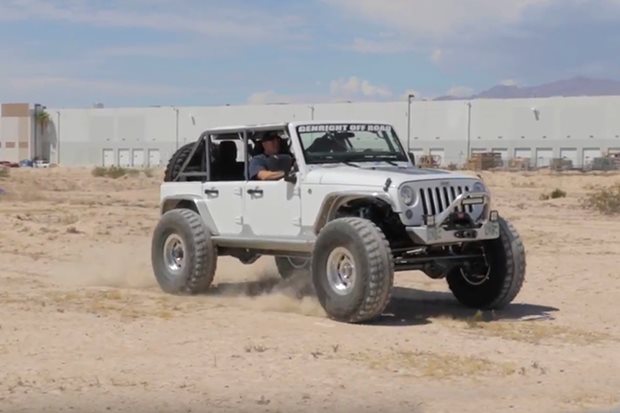