REIGNING Miss Summernats, Jazmyne Wardell, got the ride of a lifetime when she strapped into the passenger seat of one of Australia's fastest Doorslammer cars.

The ACDelco Monaro, owned by Maurice Fabietti and driven by Mark Belleri, had Jazmyne along during a day of testing at Sydney Dragway on May 27. The team was dialing in a new 500-cube engine combo ahead of this weekend's Winternationals at Willowbank, the final round of the 400 Thunder series. Belleri currently holds a slender lead in the 400 Thunder Pro Slammer Championship, 39 points clear of nearest rival Gary Phillips, with Ben Bray lurking just 14 points further back. Before they got down to the serious business of testing at Sydney, the team took Jazmyne along for the first pass of the day, which saw Belleri run a 7.35@173mph with a shut-off at half-track. 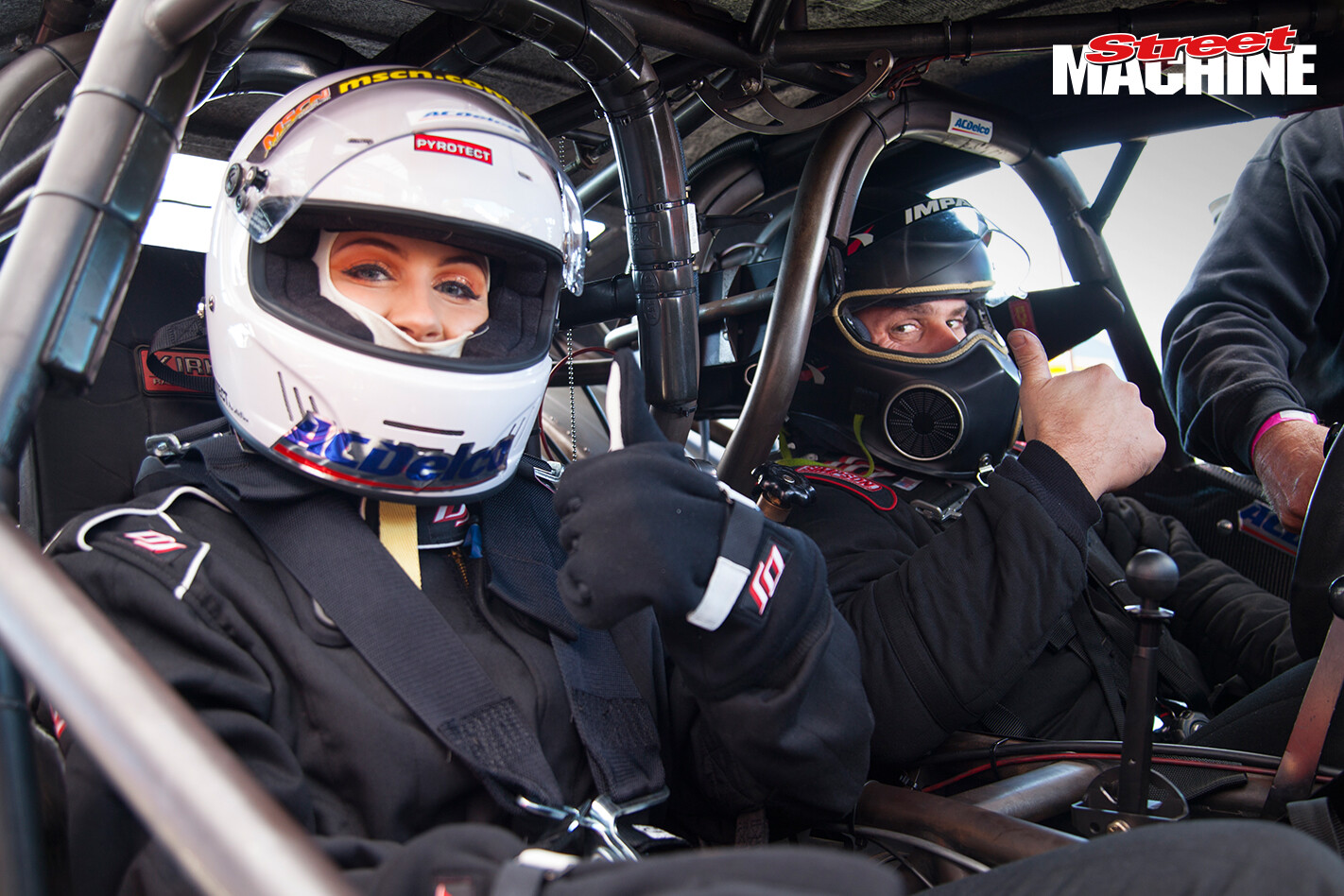 “It’s always great to get a newbie on board to gauge their excitement and their fear,” said Fabietti. “I love seeing the look on their face when they hear the engine start up, because this is such a weapon of a thing.

“It’s a sedan-bodied car making 3,500 horsepower, it goes from zero to a hundred kays in less than one second. With 3.3 g-force off the start line and negative 4.4g when then ’chutes come out, it’s quite a ride.” 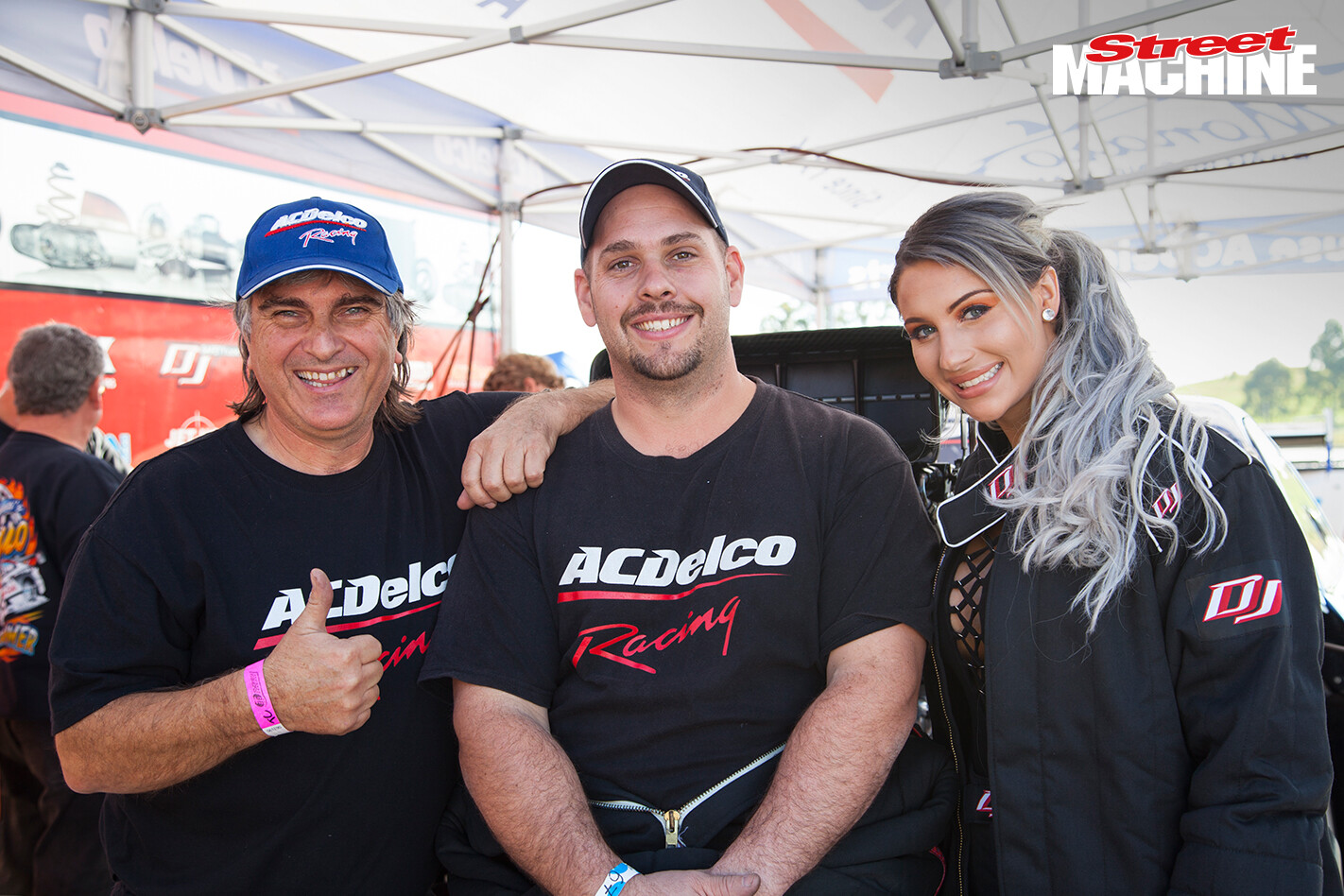 And you can win a ride of a lifetime in the ACDelco Monaro too, which includes a mad trip to Sydney, including a Harbour Bridge Climb, Tall Ship Harbour Cruise and seats in the ACDelco corporate box at Sydney Dragway. Click here for entry info