THERE is a lot of crazy stuff to be found in the pits and staging lanes at the Eagle Field Nostalgia Drags. The vintage drag racing event is held on a decommissioned runway in Firebaugh, California, and because it’s privately owned, it is exempt from NHRA and other sanctioning body rules. Not only does this allow for a host of gnarly survivor gassers and FEDs to race ‘as-is’, but it also lets a few outside-the-box builds have their moment in the blistering Californian sun. 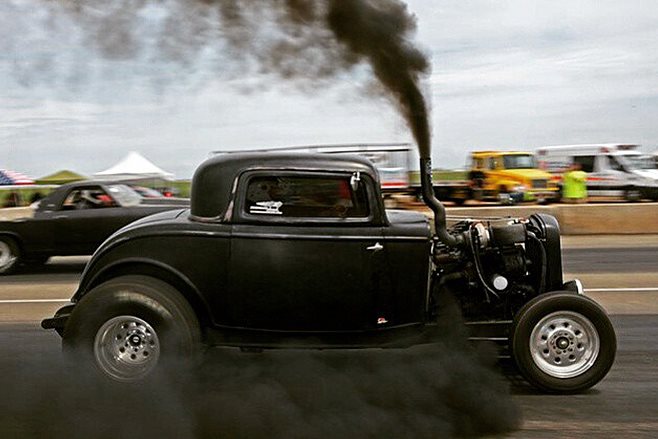 Richard Brown owns the diesel workshop Brown’s Diesel in Riverdale, CA, but fooled around with multiple petrol-powered set-ups in his ’32 Ford coupe before eventually landing on a twin-turbo diesel Cummins four-pot with four stages of nitrous to power the beast! Like all diesel monsters, it’s fully capable of turning day into night with plumes of dead dinosaur vapour, but this coupe is also good for a 6.1 in the eighth-mile, and sits at an impressive 740hp. 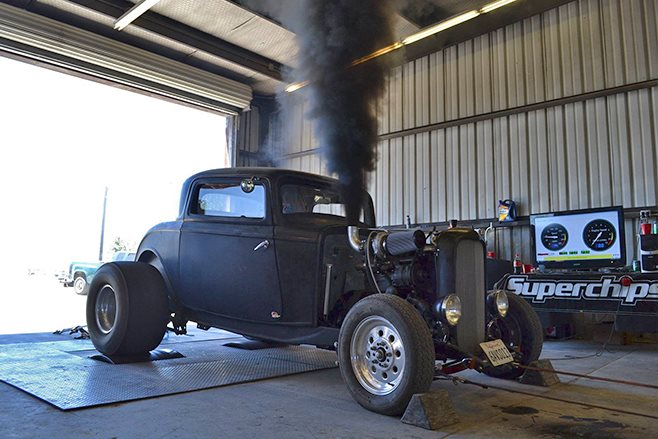 Check out our chat with Richard and watch the coupe roll some coal down the dusty airstrip at Eagle Field!

Bored with RB-powered VLs? How does a twin-turbo Toyota V12 sound?