In this episode of Nulon's Project XY Falcon build, the car is painted red and it starts to look like a true street machine

IN THE last episode of Nulon’s Project XY build, we took you to BK Race Engines, where Bill talked us through the build of the car’s Clevo stroker. This time around we head to Spray Fever in Campbelltown to get stuck into the bodywork and paint. 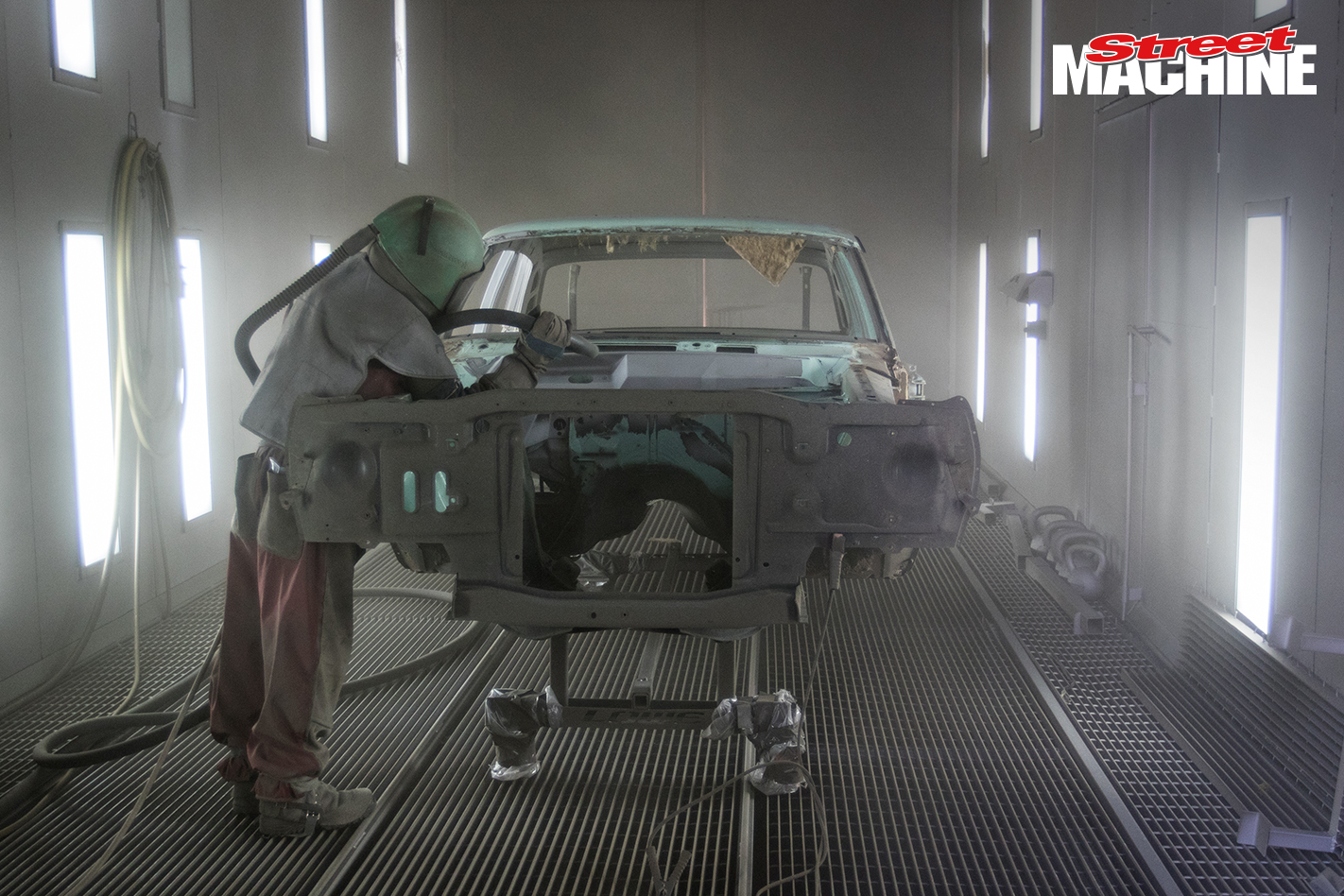 The shell looked pretty solid to begin with, but when it was blasted it became apparent that a significant amount of rust repair work was required. The guys at Spray Fever took care of the rust, and hammered the XY’s panels straight before coating the car in high-fill. From there it was blocked, primed and prepared for paint. 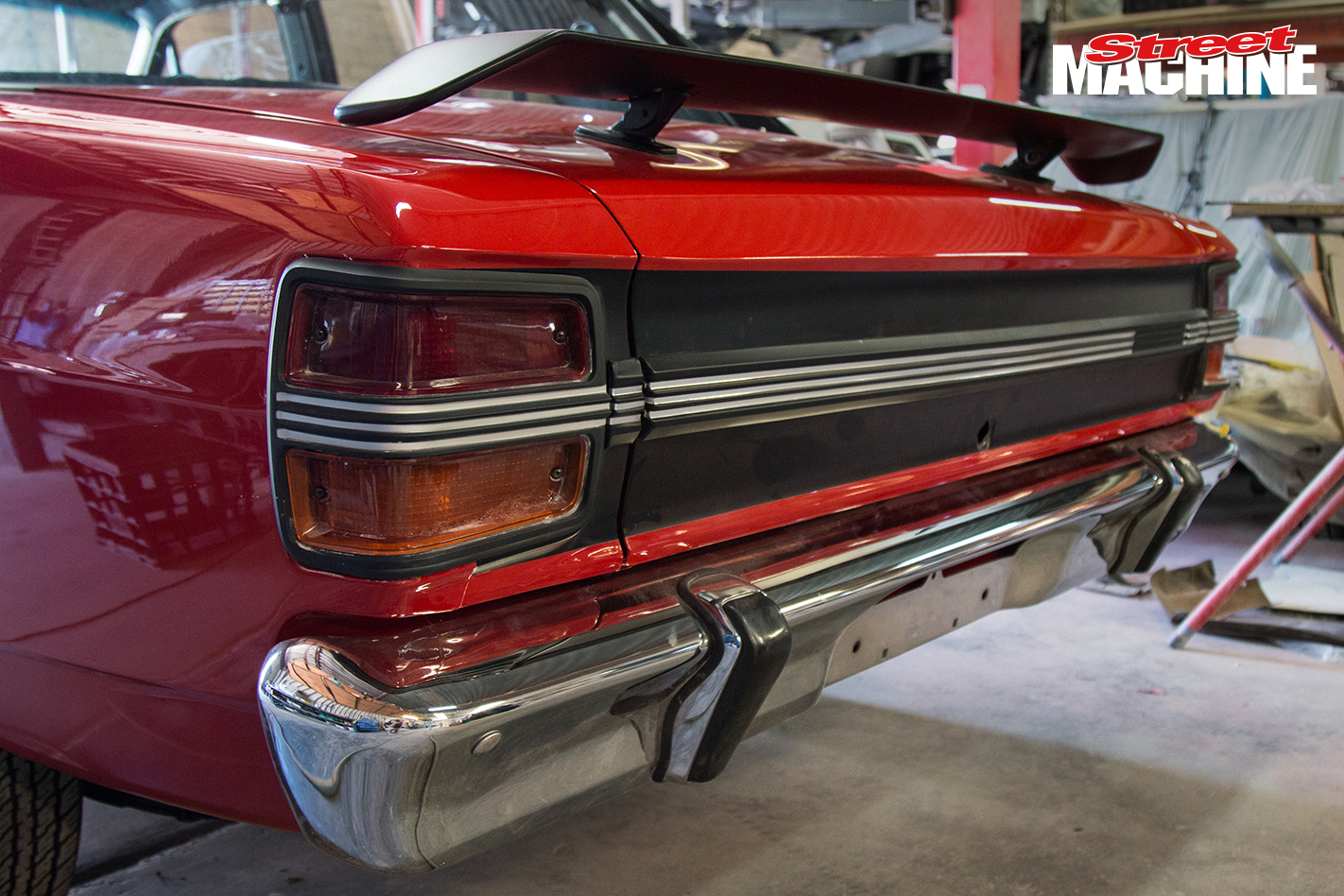 With so many great options at their disposal, the guys at Nulon agonised over the paint colour. After much consideration, Track Red was settled upon, and duly laid on by the Spray Fever team, along with all the requisite GT blackouts. 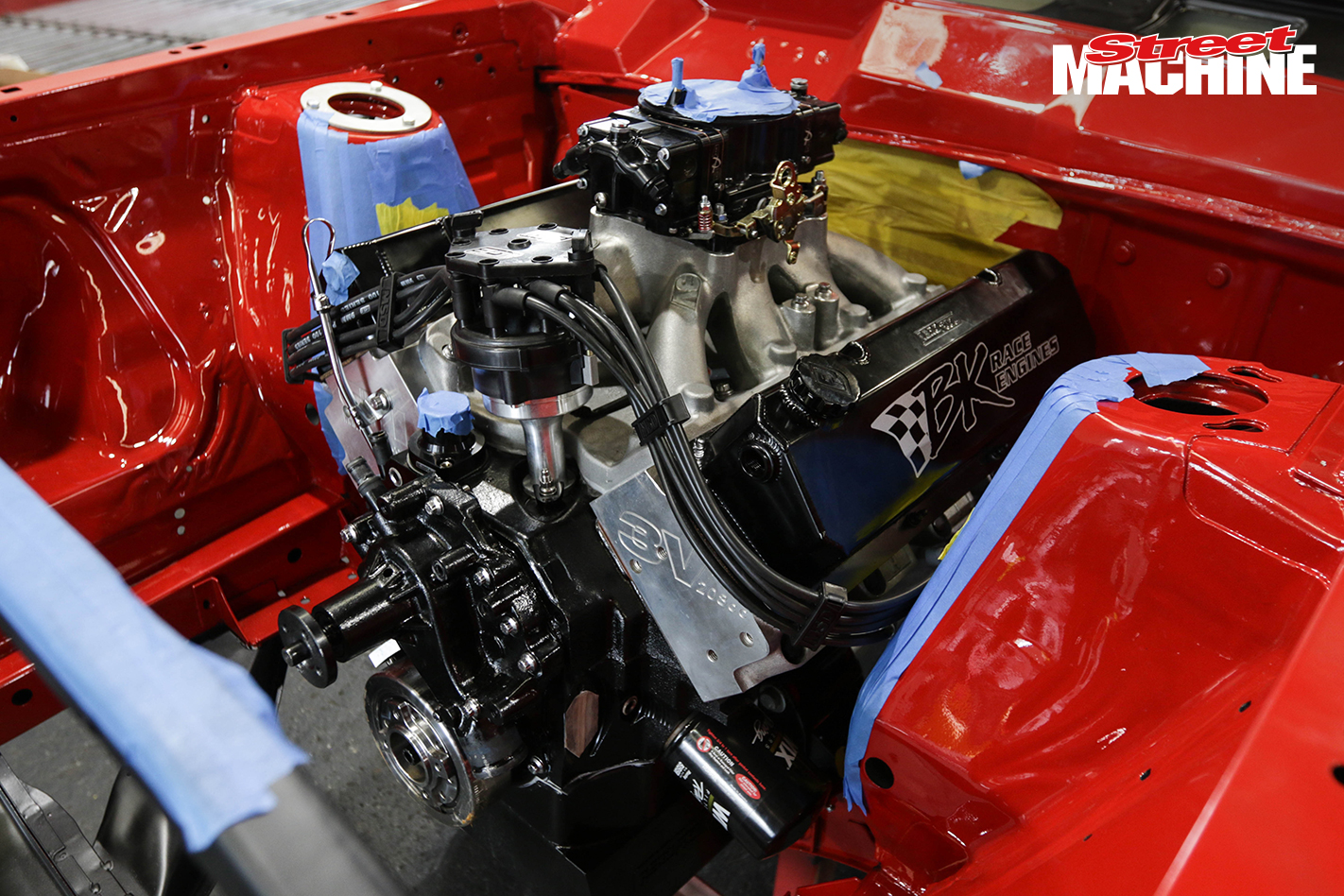 The car was then placed on a dolly and wheeled back to Redsun Motorsport, who got to work fitting it up. The Clevo was installed using Tuff Mounts engine mounts, backed by a Top Loader four-speed and nine-inch diff. The front suspension and brakes were from RRS, which will vastly improve the ride, handling and stopping power of the XY. 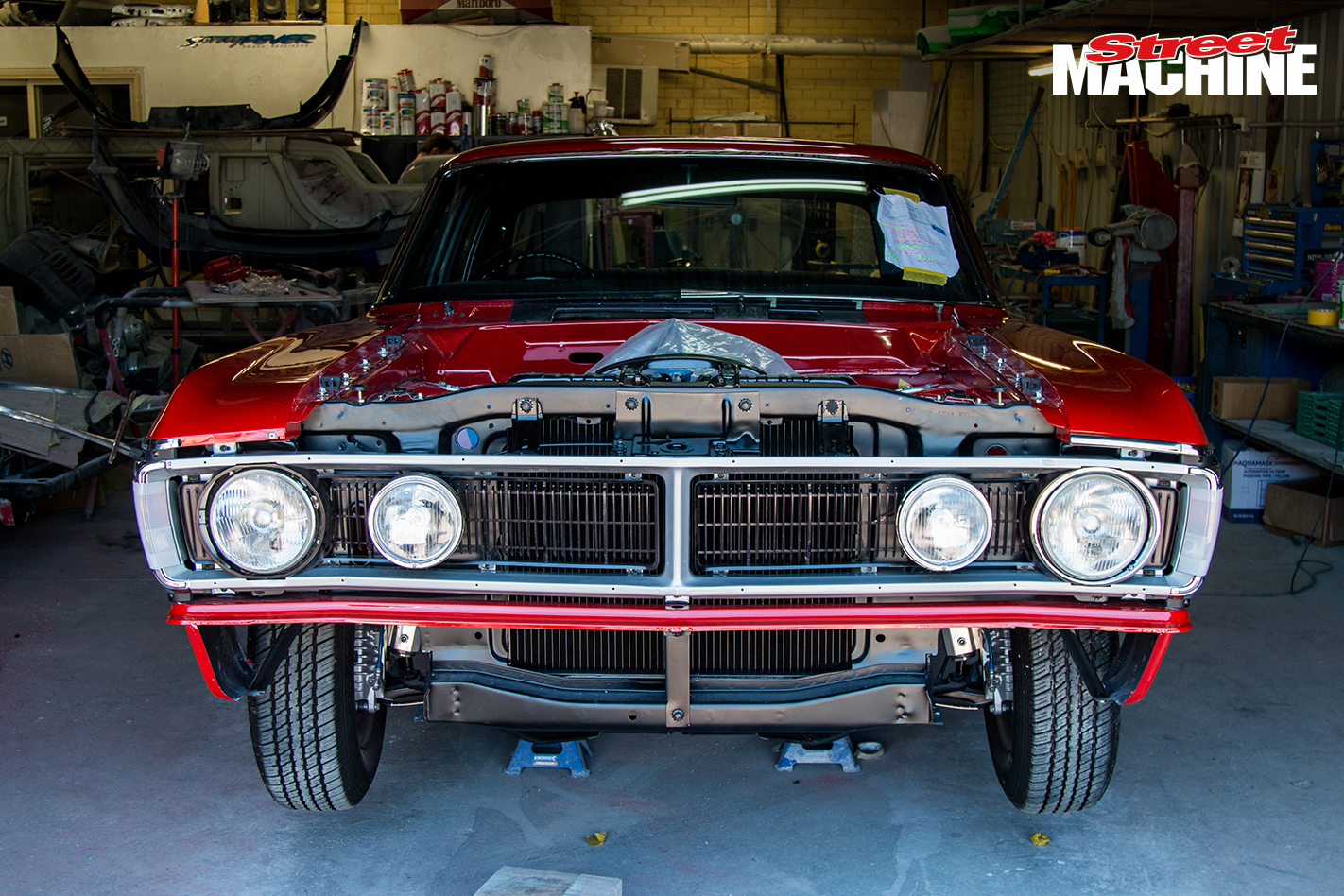 Daniel at Unique Marine and Upholstery were tasked with fitting the fully restored GT interior, before the build team kicked on with fitting up the brightwork. 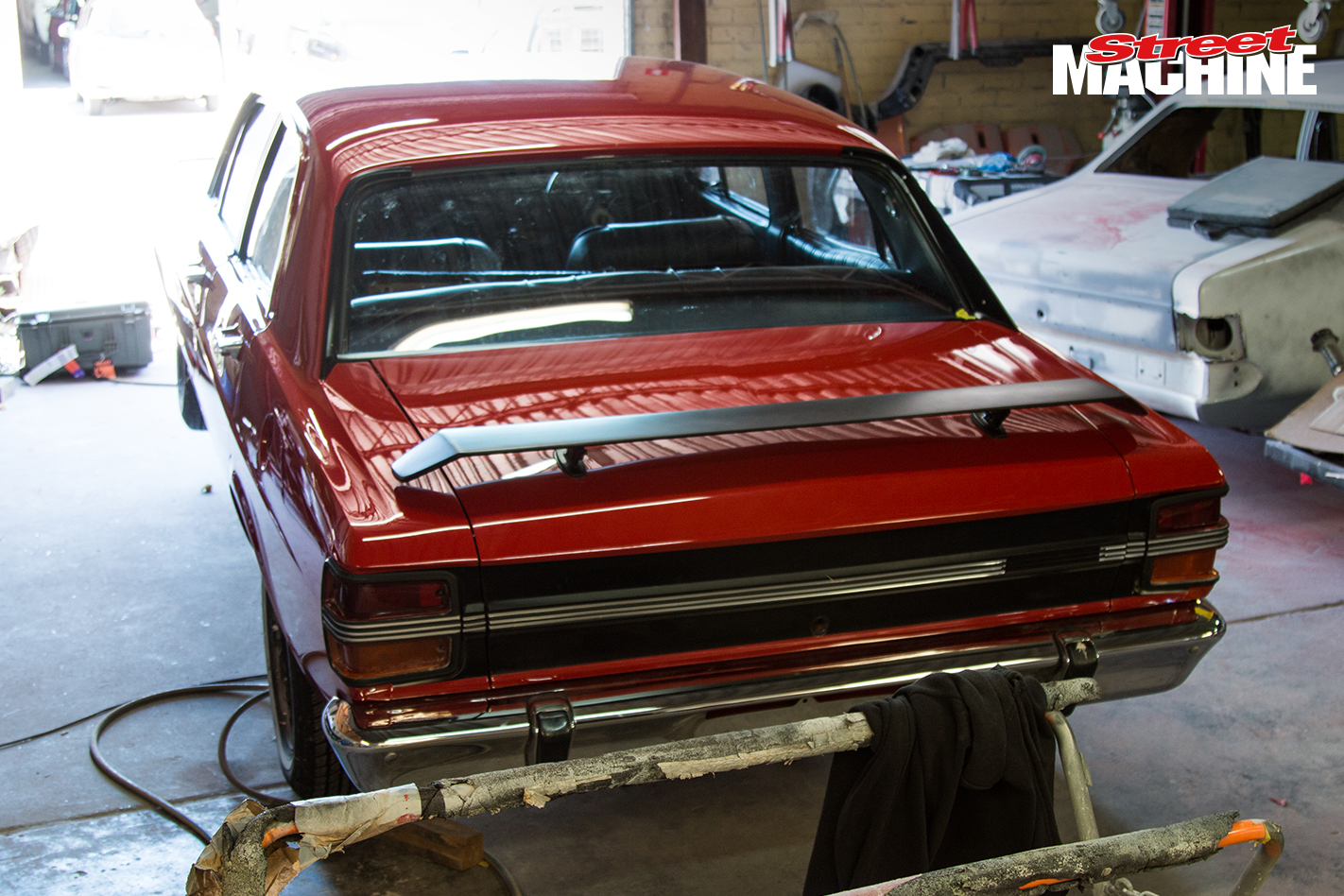 Project XY is quickly taking shape, and it could be yours! Nulon is giving the car away to one lucky punter, and it’s free to enter. Just head to projectxy.com.au for your chance to win, or purchase Nulon products from a participating auto store for 10 bonus entries. You’ve got to be in it to win it! 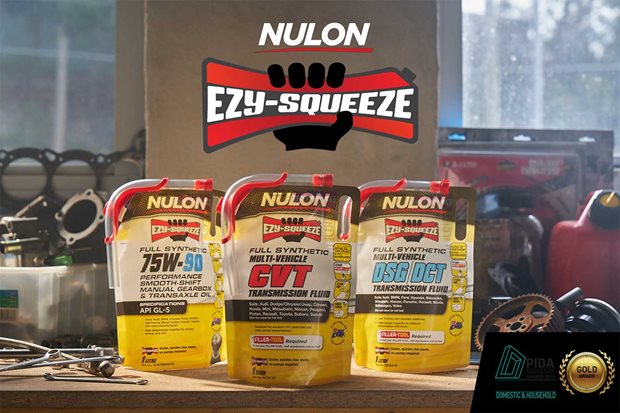 Want to spend less time under the car and more time hitting the tracks? Nulon’s latest innovation, EZY-SQUEEZE™ is here to change your vehicle service from an all-day affair to... 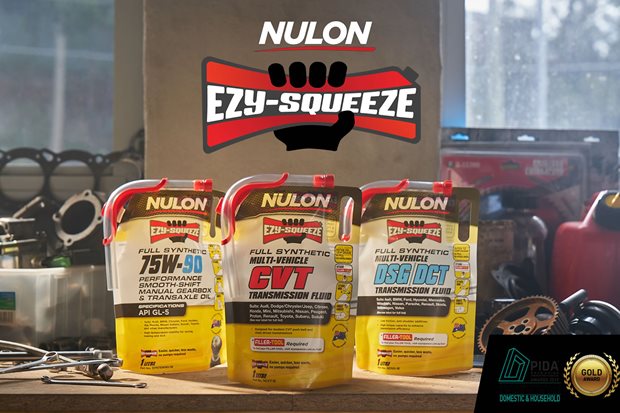 There’s no two ways about it - changing your gearbox, differential or automatic transmission fluid can be one of the banes of a DIYer’s existence. Luckily, Nulon’s EZY-SQUEEZE™...