TROY Denny from Eliminator Rod and Custom is a metal mastermind who has been bending and cutting the stuff since he was a teenager. He has built some killer cars in the three years he has been officially in the business, including the twin-turbo NASCAR-powered Valiant unveiled at the Victorian Hot Rod Show recently. His latest creation is Phil Abela’s HZ Holden wagon. 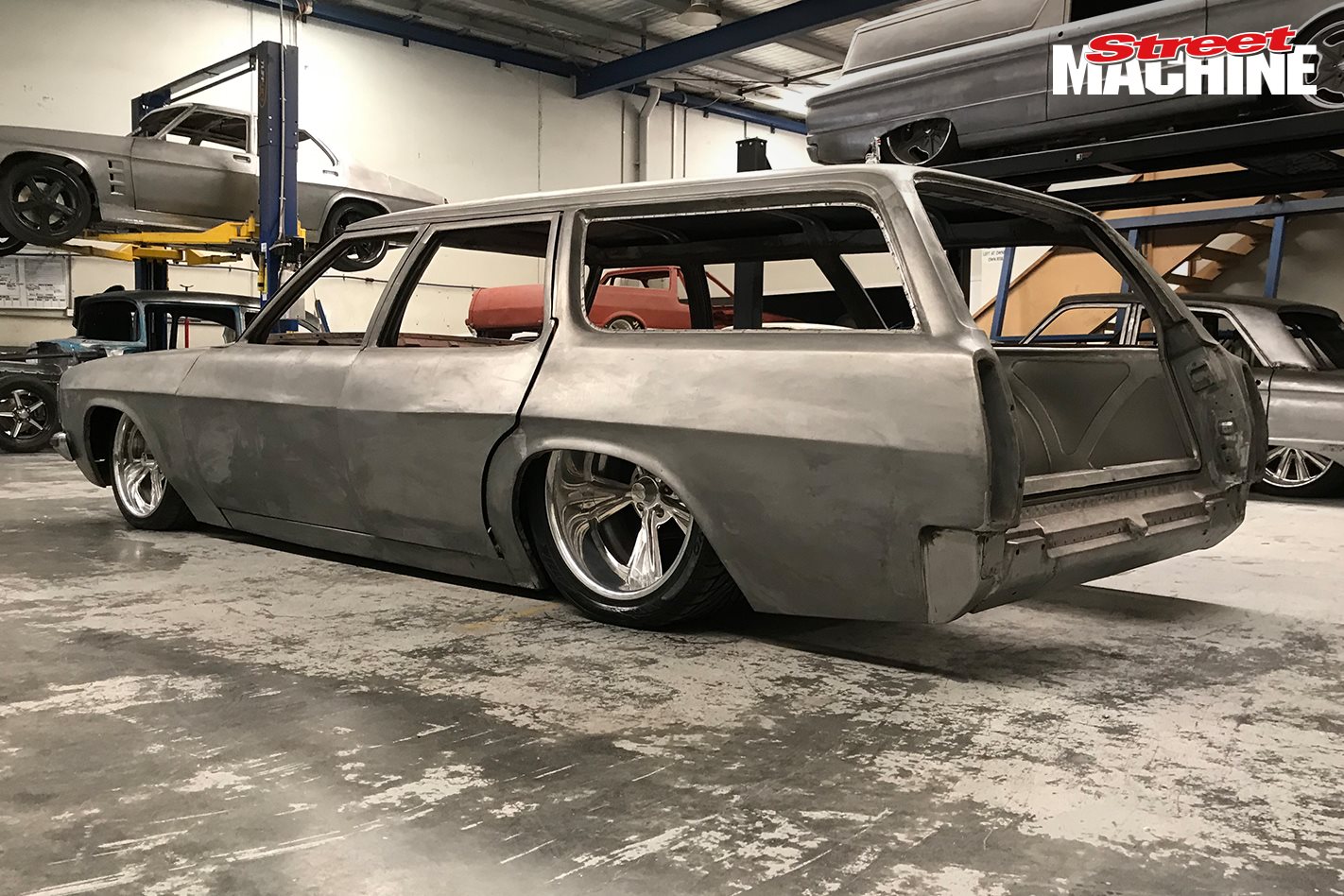 The car originally belonged to Phil’s father, but rather than restore it, Phil went down the path of customisation. It originally went to another shop which couldn’t fulfil what was required, so the car sat for a number of years until Phil got onto Troy and it has been pedal to the metal ever since – literally.

Troy chopped out the entire floor of the car and fabricated a full custom chassis with a heap of unique twists and turns in the bracing to give a unique look. From there Troy got it sitting on airbag suspension with the Rod Tech independent front end, floater nine-inch rear end and the big wheels Phil planned on running. 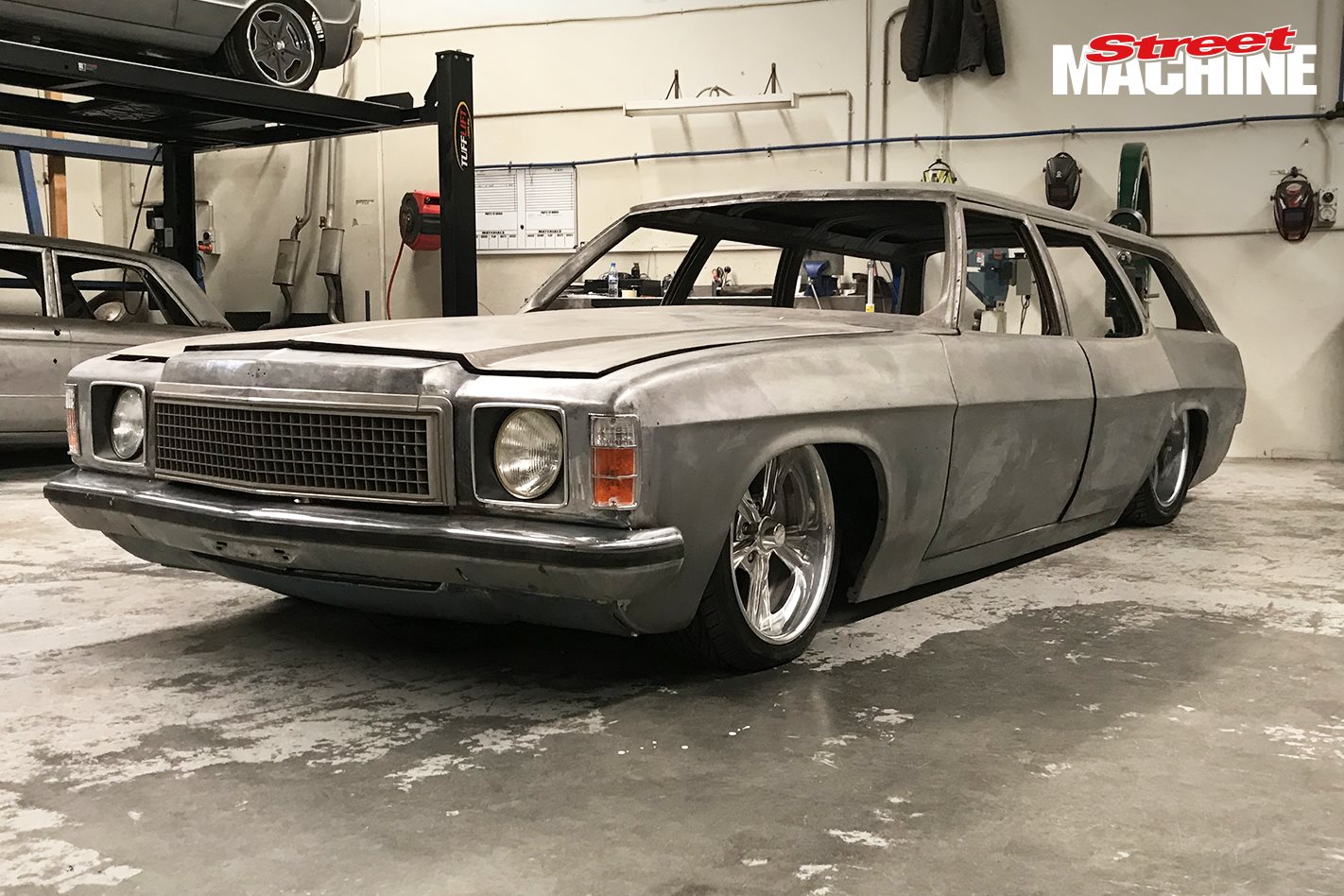 With the car sitting at the right ride height with the stance that Phil was after, Troy got into the tinwork, fabricating the whole custom floor, firewall, trans tunnel and wheel tubs front and back.

The engine bay is already a work of art – even in bare metal – with monster tubs and perfect symmetry. The whole nosecone has been welded up too, so it looks smooth without any panel gaps. Even the rear seat support panels which won’t be seen have beautifully sculptured swages in them. 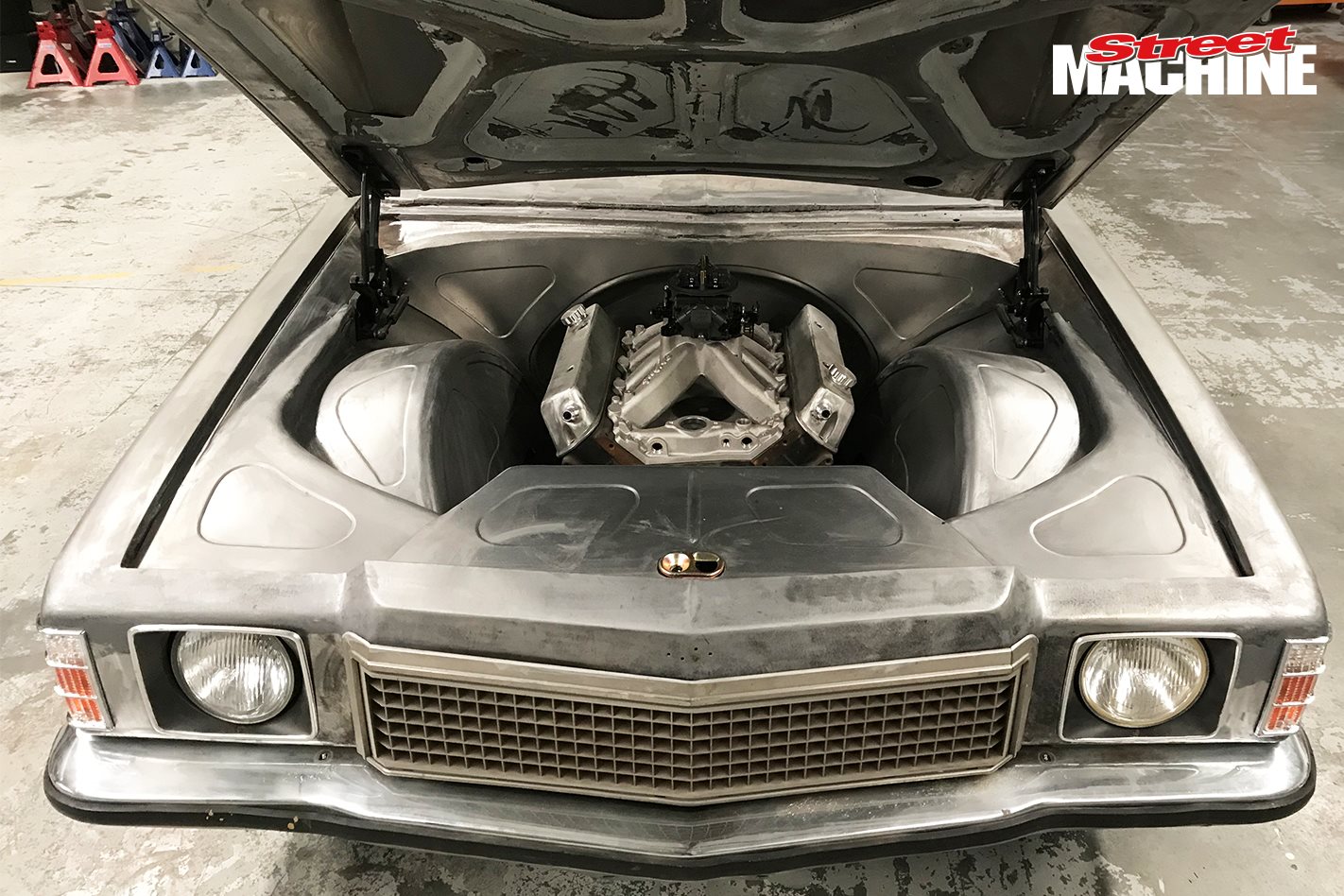 The next phase of the build will involve creating the custom interior with a full sheet-metal dash which will swoop down to the trans tunnel and through the centre console and up around the two rear bucket seats as one continuous piece. It’s going to be a real work of art which Troy will design and make from scratch.

Stay tuned for more on this build, it’s going to be a wild street car when it’s finished. Yep, street car! Everything Troy has done with this build will be engineered for full rego. 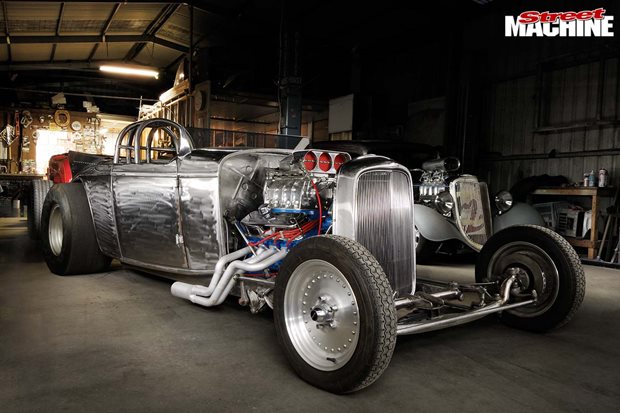 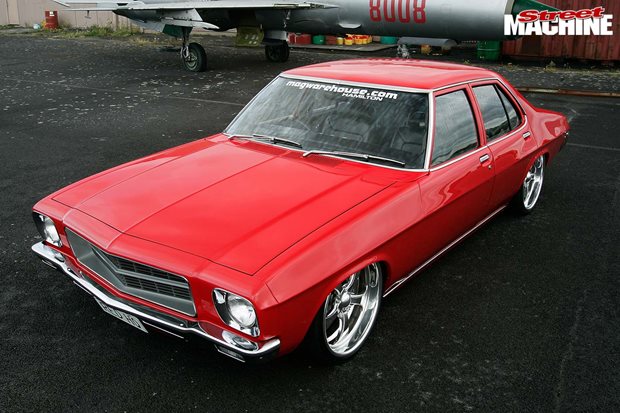 This Holden HQ came as a ready-to-build kit. All Colin and Fran Riley had to do was put it together and make it go