LAST Friday night Calder Park held its monthly off-street drag racing meet, and with near-ideal conditions on the day, we hoped to see some quick numbers being reeled off. The turnout was huge, with queues to get into the staging lanes stretching back into the pit area. There were stacks of late model turbo Falcons, HSVs and Volkswagens, plus the usual tough oldies – there was even a brand new half-million dollar Ferrari 488. 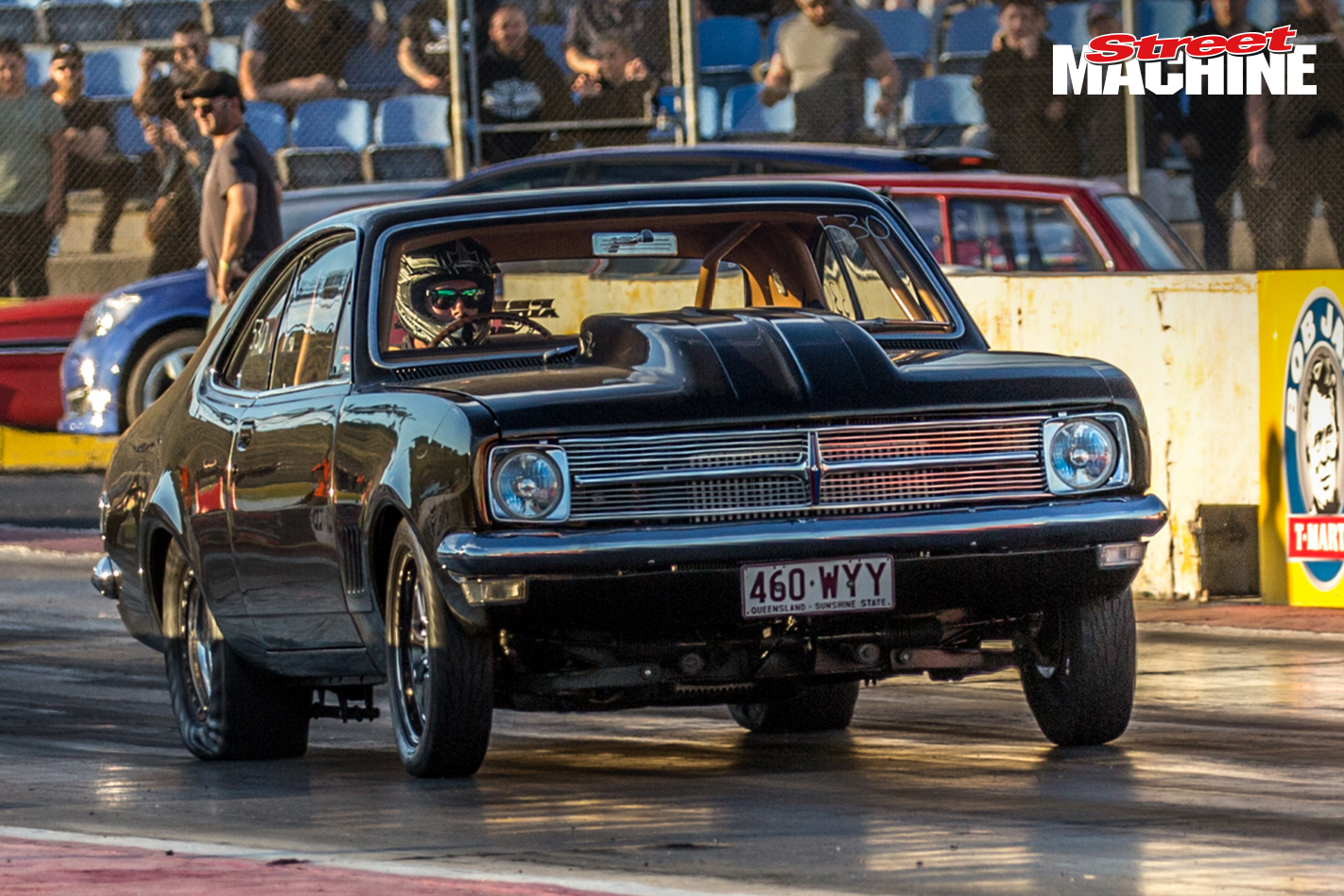 Street Machine Drag Challenge veteran Brendan Cherry had his elite-level, twin-turbo big-block powered HK Monaro out for a spin. Brendan has been battling oil leaks with the Merlin engine recently, and just got the motor back together for the meet. He had trouble putting down the Monaro’s massive grunt without turning the tyres, and didn’t go quicker than low nines. 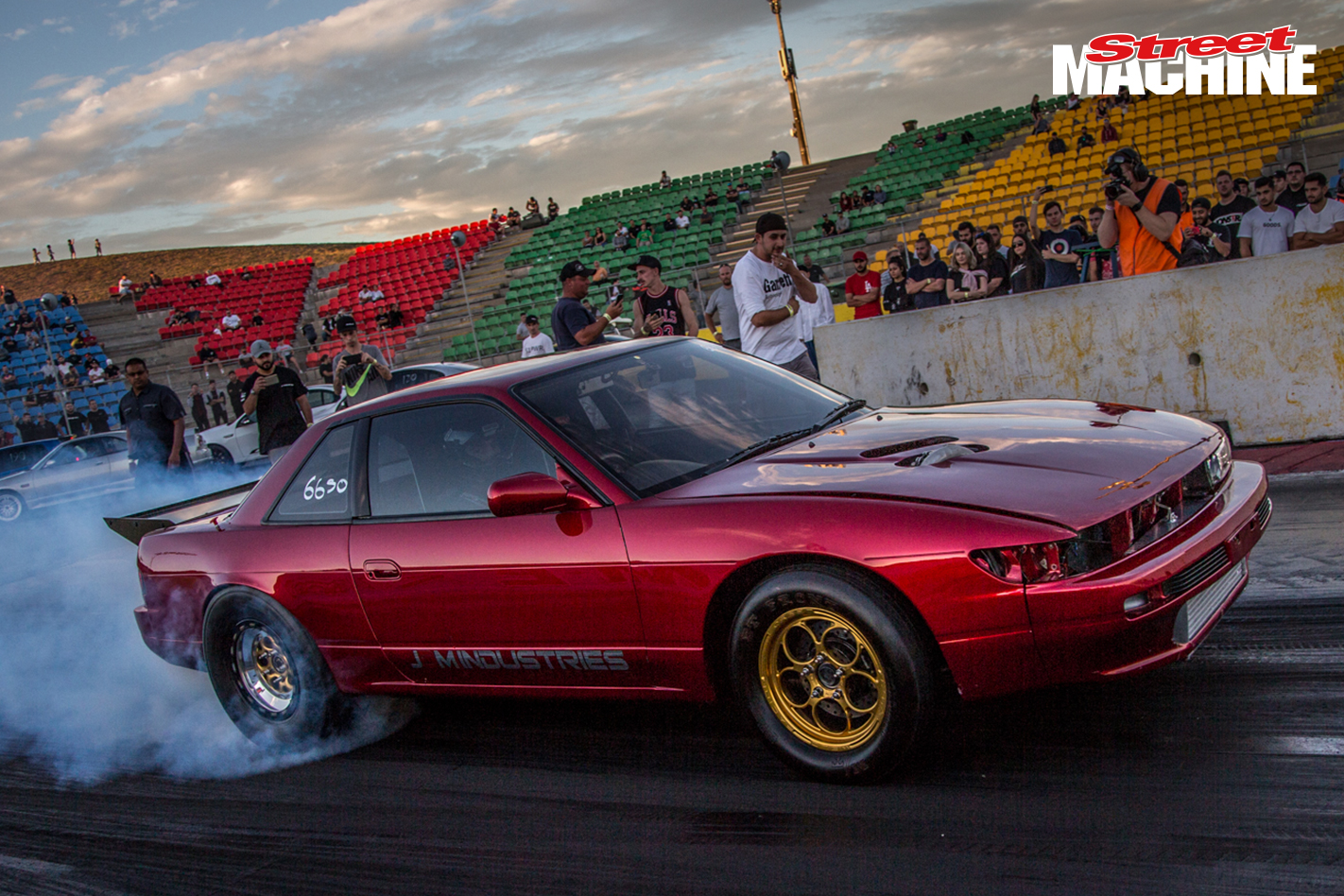 Ender Esenyel from JDM Industries laid down the quickest pass of the night with his 2JZ-powered Nissan S13 Silvia, running a 7.94@164.9mph. The car runs a built 2JZ, boosted by a Garrett GTX47 88mm turbo which makes a tickle over 1200rwhp on 46psi. It’s a street car and still runs the factory Nissan independent rear suspension, beefed up with an R32 GT-R diff and stronger axles. 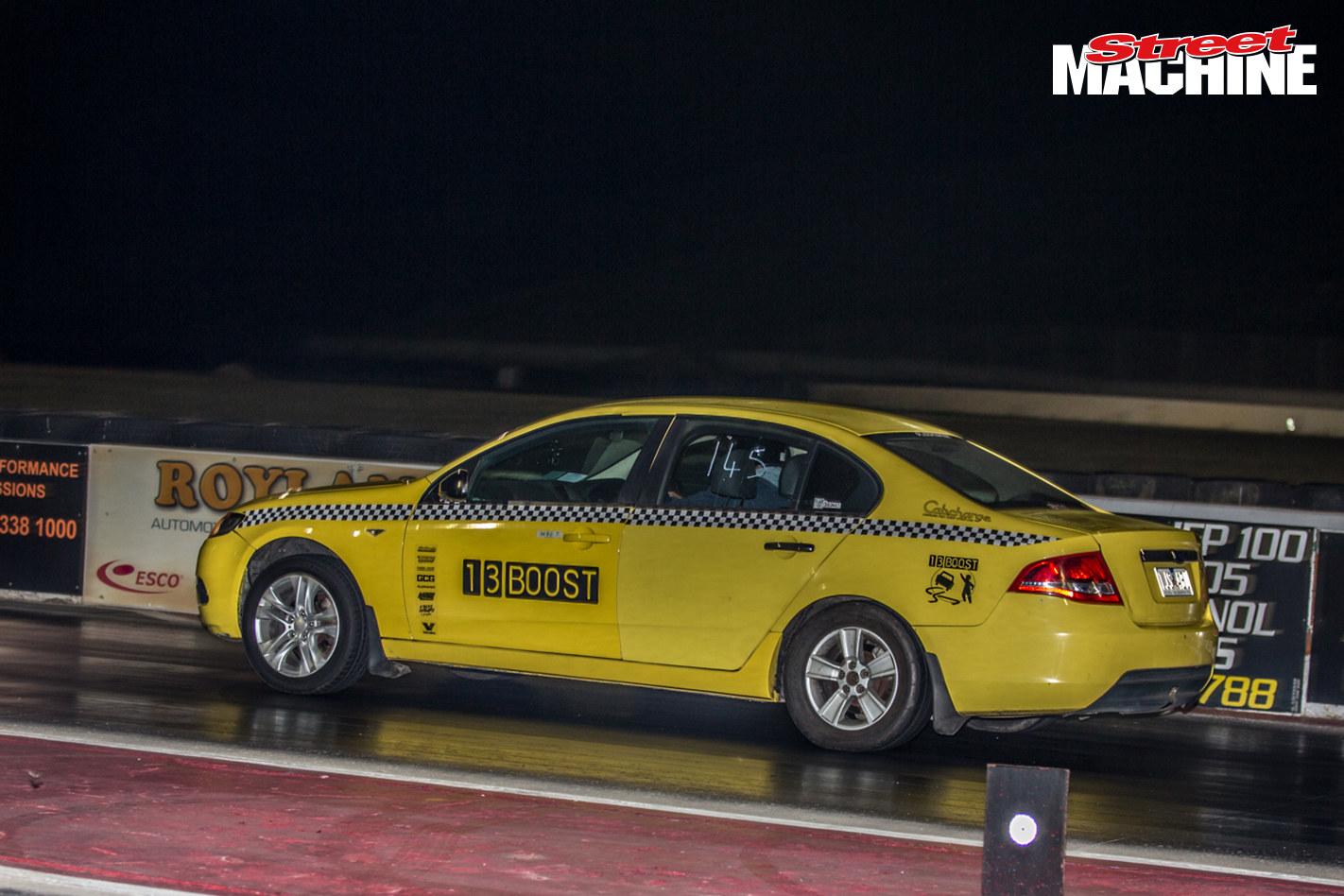 We also had the Carnage Turbo Taxi out for one last attempt at elevens before it goes to Jason at Tunnel Vision for its second set of injectors. Unfortunately the auto started slipping and it only went 12.4. 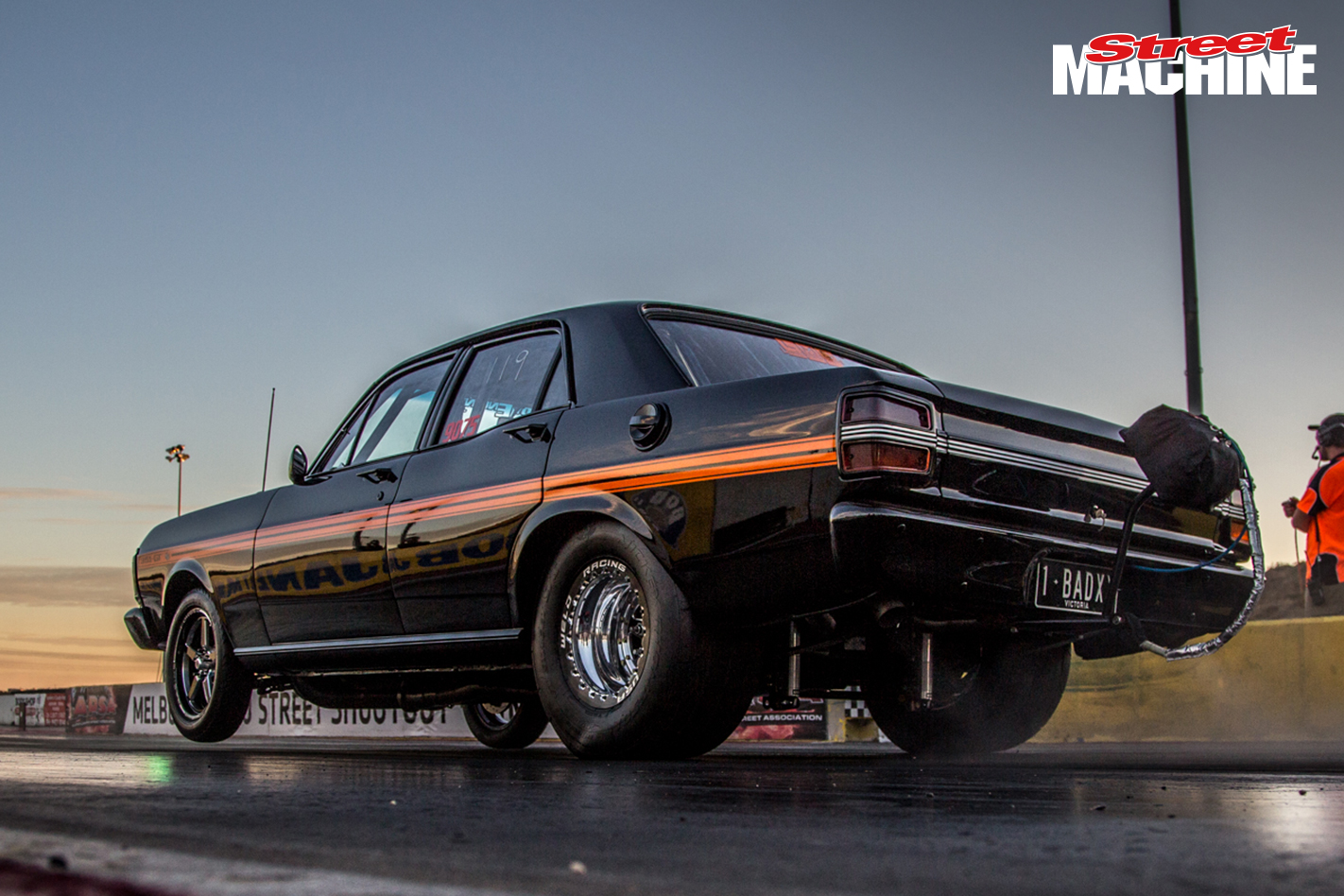 Bobi Mircevski had his 1BADXY Falcon out for a few test hits and ran a best of 8.80, getting off the pedal four-seconds into the run. This toughie runs a Dandy Engines Boss 427ci Ford motor with a single Precision turbo and has previously gone 8.11 @ 172mph in full street trim (1818kg with driver) on 275 radial tyres. 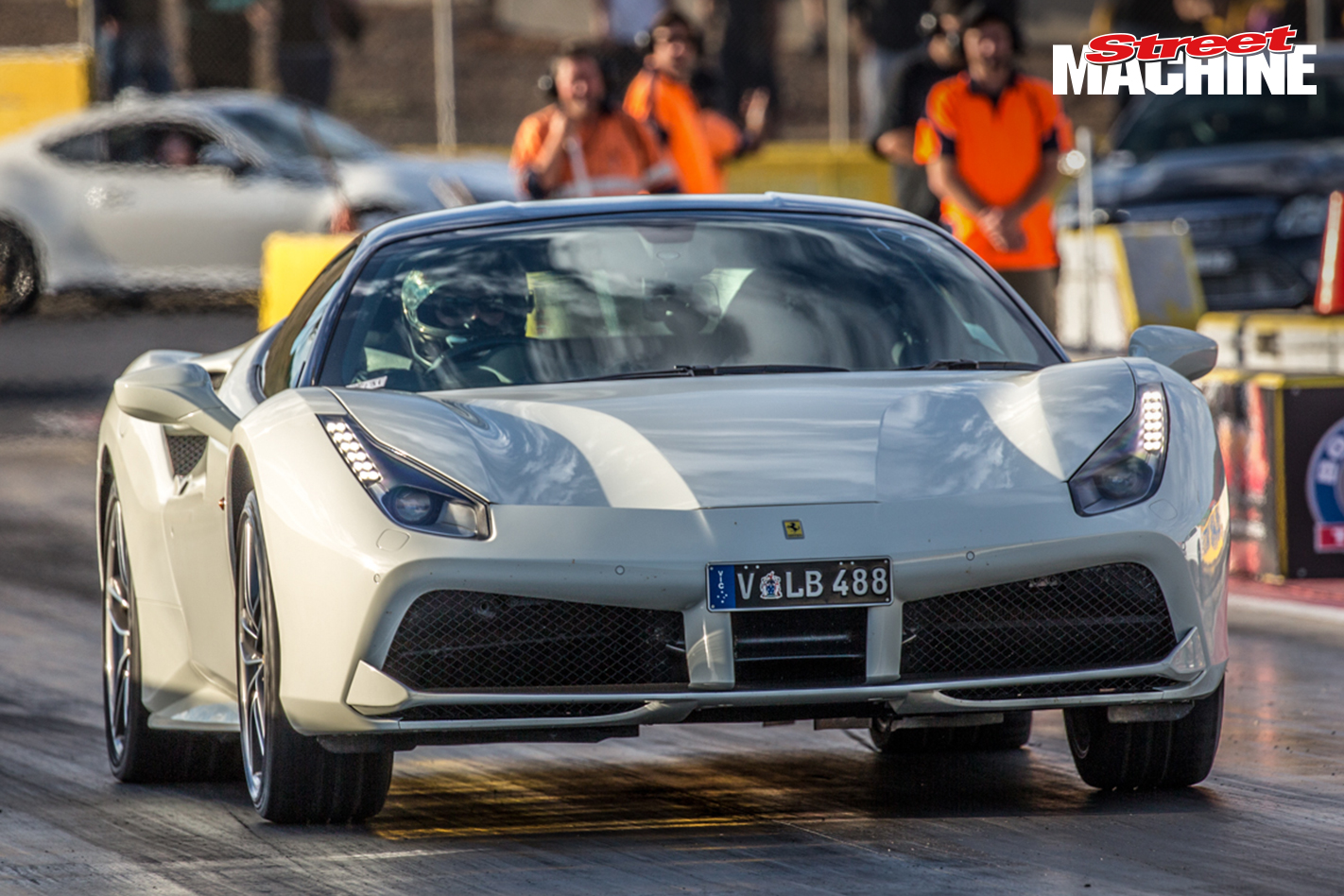 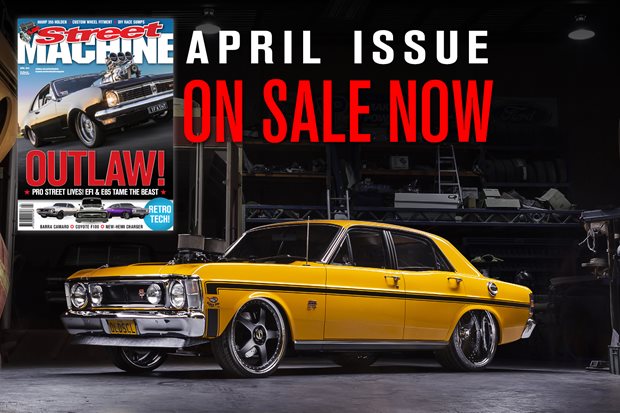 The April 2019 issue of Street Machine is on sale now!