The vehicles of the Mad Max film franchise have always been important, and with over 120 vehicles in the latest film the cars are practically stars in their own right

IN THE post-apocalyptic world, staying mobile is as important as breathing or drinking, and there’s no parts shops in the wasteland; you cobble together whatever’s available.

The vehicles of the Mad Max film franchise have always been important, and with over 120 vehicles in the latest film – Mad Max: Fury Road – the cars are practically stars in their own right. With names like War Rig, Gigahorse, Doof Machine and the world-famous Interceptor, they bring an extra element to the film and their personalities are as different as the actors who drive them. Most of the body styles will be familiar to Australian viewers, with Falcons, Chargers, Monaros, F-trucks, classic hot rods and even a Perenti all making an appearance.

The movie is a visual feast, and one that’s sure to get you revved up, even if you’re not into cars, but if you do want to learn more about the cars of Fury Road then check out this awesome YouTube video. It shows plenty of killer footage from the film, and we get to hear from director George Miller as well as Tom Hardy’s and Charlize Theron’s thoughts about their mechanical co-stars.

We’ve also got a great feature in the May issue of SM, where we talk to chief mechanic Mark McKinley about the difficulties in wrangling 120 cars for the biggest and best action film this decade.

If you haven’t seen Mad Max: Fury Road then get to your local cinema the quickest way possible – it’s worth it. In the meantime, watch the video. 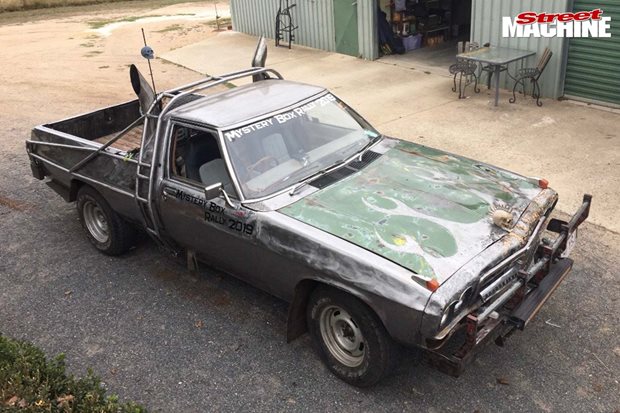