IT WARMS our hearts when we hear about people putting together purpose-built cars for Street Machine Drag Challenge. We bumped into Orange-based fella John Huysmans at Bathurst Autofest, who told us of his plan to attack Drag Challenge in 2017 in his XY-fronted XW ute, which he built from the ground up specifically for the event. 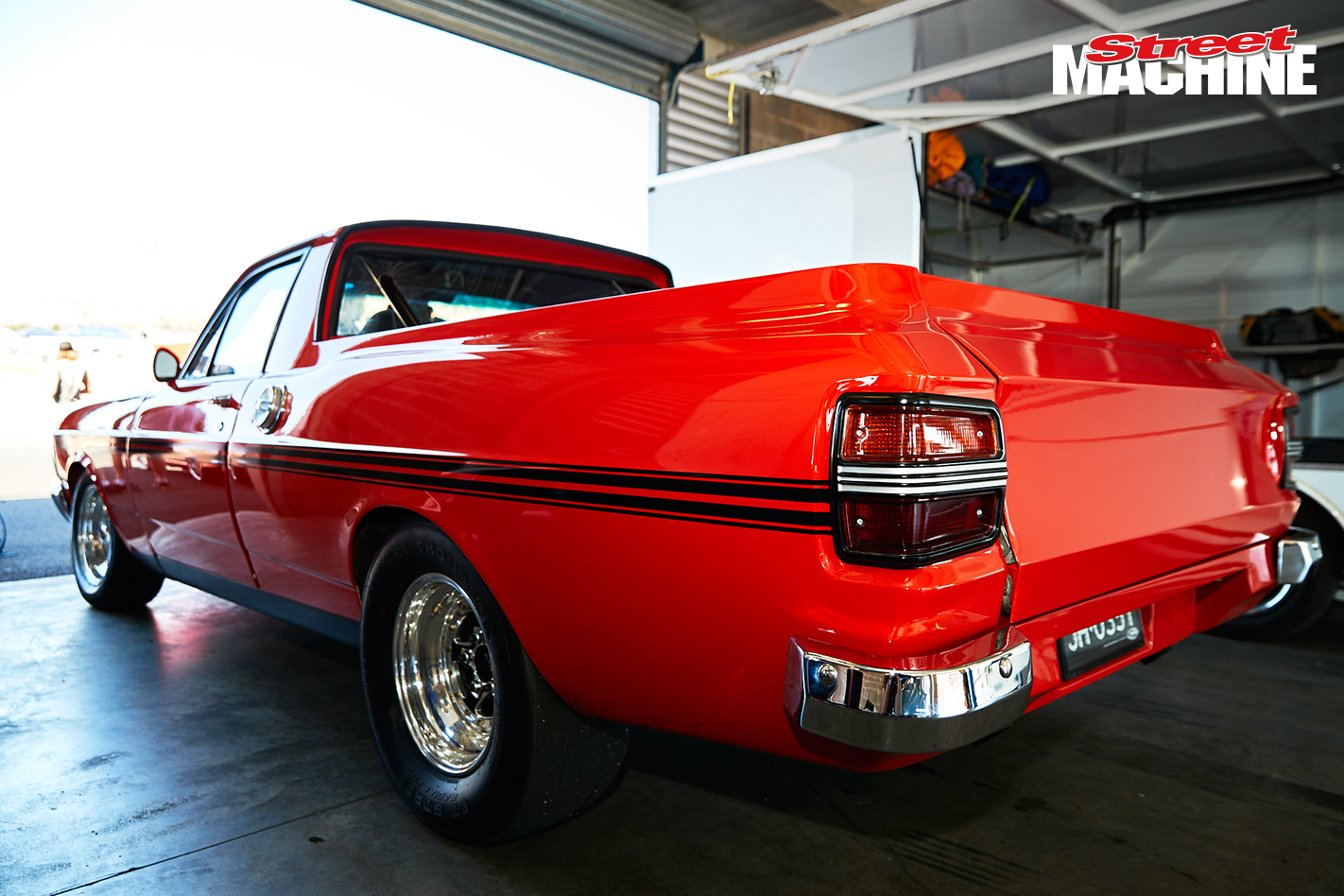 “I’ve been following Hot Rod Drag Week in the States for years, and when I heard that Drag Challenge was kicking off in Australia, I knew I had to get involved,” he said. 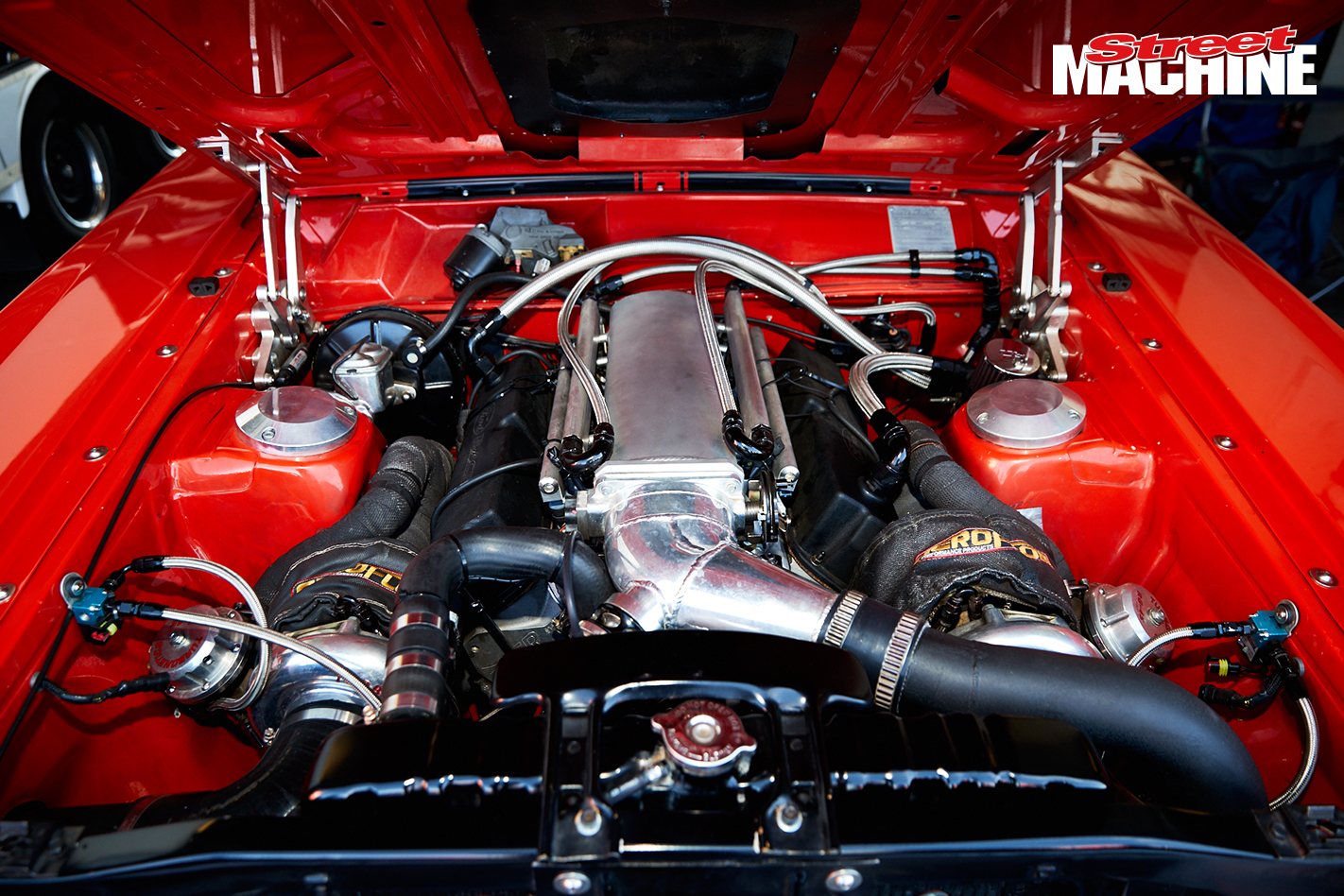 The ute is a wonderfully clean-looking streeter with GT stripes and a shaker, but it packs far more firepower than its outward appearance might suggest. The motor is a 429ci Windsor, with two 68mm turbochargers swinging off the sides. At this (relatively early) stage in its development, it’s already spat out an impressive 1150hp on the engine dyno on 98-octane pump fuel. 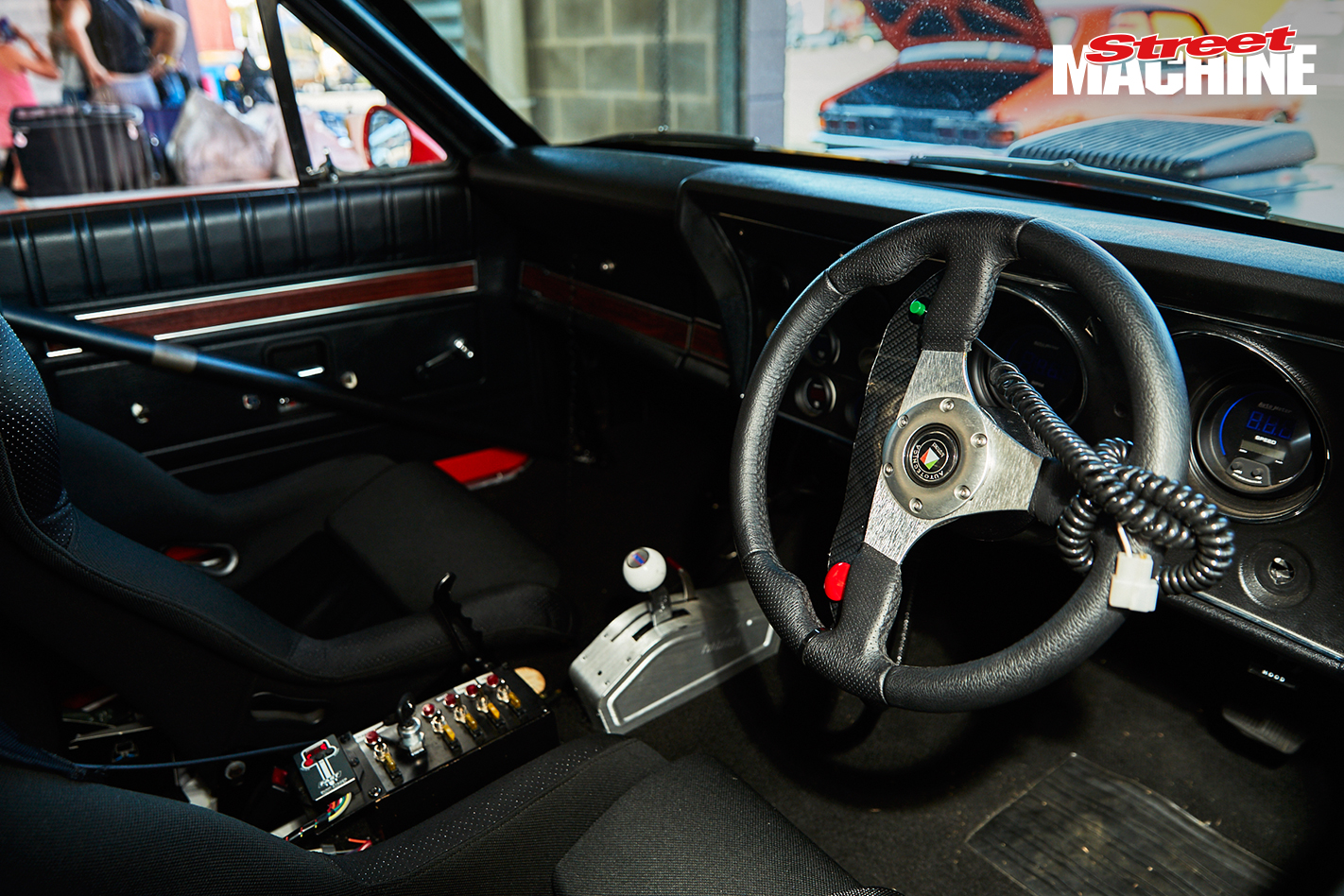 Once the car’s parallel fuel systems are properly configured to deliver octane on demand (perfect for Drag Challenge), John will sneak the boost up and hopes it’ll make somewhere around 1350hp. He also plans to swap out the current air-to-air intercooler for a more discreet water-to-air unit. 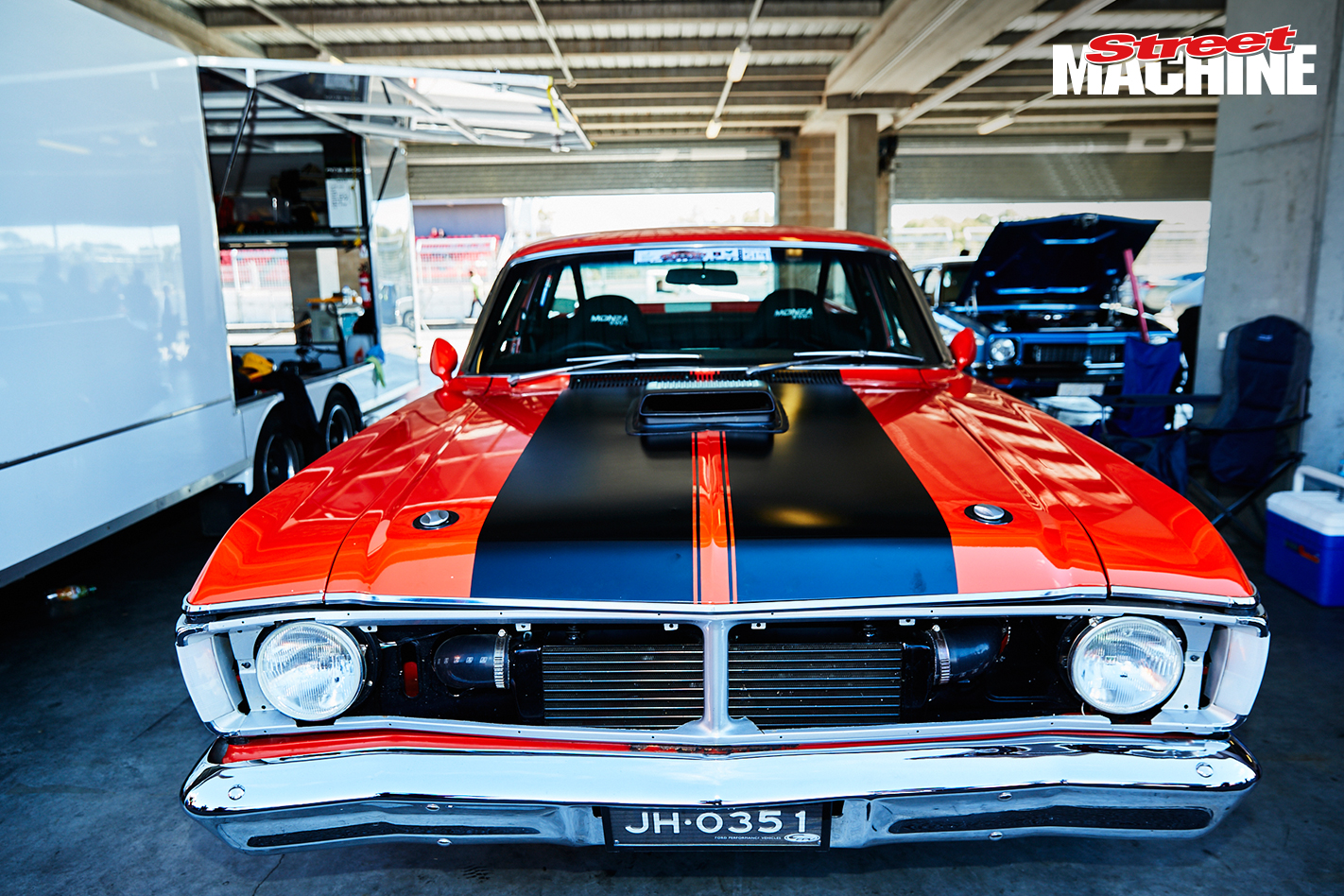 The car is no lightweight at 1700kg, but so far it’s made it down the quarter in 9.4@145mph on an X275 radial tyre, with plenty more work to do. Ultimately John hopes to end up in the eights, and has started to rack up test miles in the lead-up to Drag Challenge. He even drove it from Orange to Bathurst and back for Autofest. 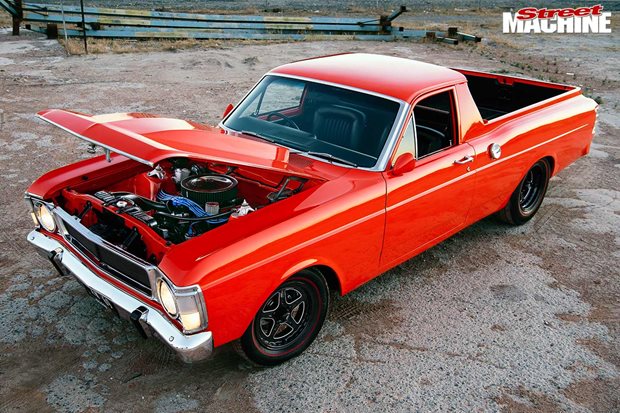 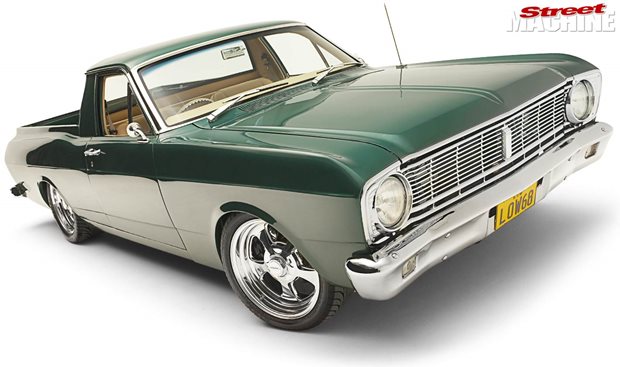 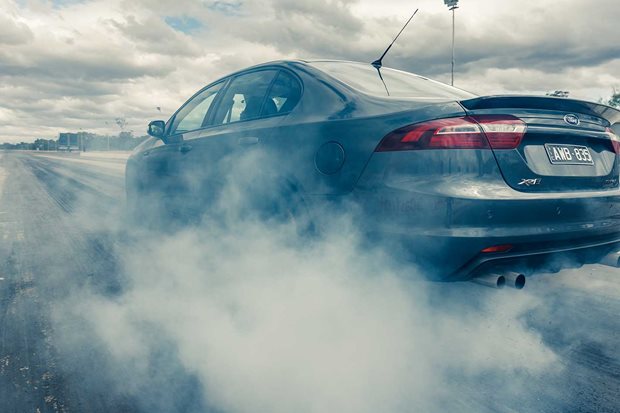