WE LOVE sleepers, and they don’t get much sleepier than Michael Cini’s stock-looking EB Falcon. He even runs the factory plastic hubcaps on the street!

Quick Falcon sixes are nothing new. Ever since people discovered the four-litre six-pot’s thirst for boost, it seems there has been a new one popping up every week, but none quite like Michael’s. At the recent Forced 6 dyno day he cranked up the boost to 32psi and punched out 912hp at the tyres, which means it’s definitely pumping out four figures at the engine.

The mastermind behind the combo is Jason from Tunnel Vision Turbocharging, and as we’ve come to expect from Jason’s quality of work, the finished product is a thing of beauty. The engine itself is a built SOHC AU-spec four-litre with a custom intake and exhaust. The turbo is a massive GT42 and the engine runs on E85 with a Haltech ECU controlling the show.

Until recently the car ran a manual transmission, but Michael has now switched to a transbraked Powerglide, and that is sure to see the quarter-mile times tumble. While testing during the KOTS meeting at Heathcote, he ran a string of flat 10s at over 150mph. That mile-per-hour indicates low nine-second passes if they can get the granny-spec Falcon off the line without exploding the factory-style Borg Warner differential.

Watch the beast in action thanks to the guys at Fullboost; we especially love the way it idles out of the driveway at the end. 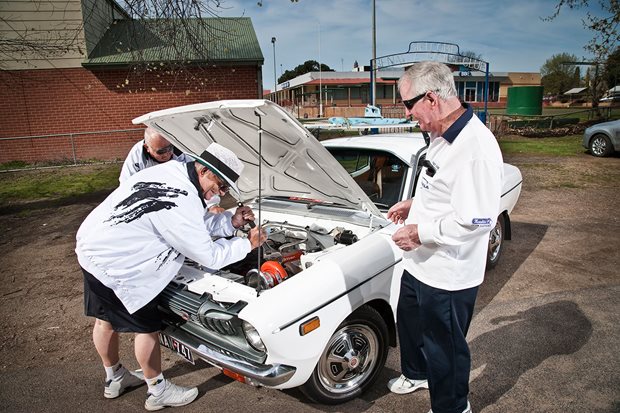 It was cheap to build, ran low 11s and did a ton of very fuel-efficient road miles. We look back at Scott Briant’s crazy Datsun 120Y 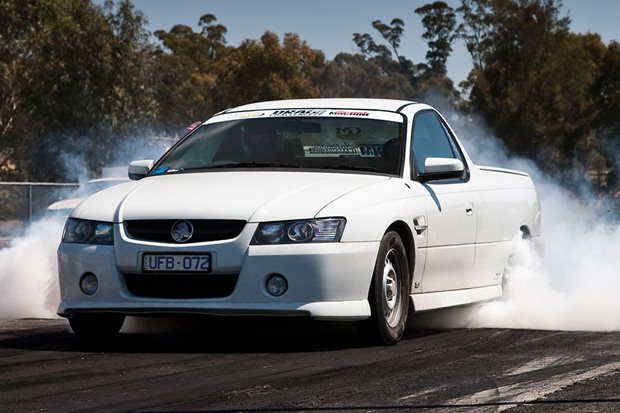 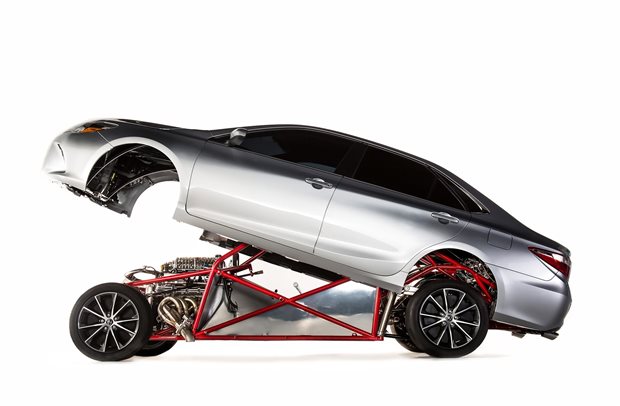