BOY, the Americans still have a lot to learn when it comes to burnouts. Now we don’t want to toot our own trumpet too much, but it’s fair to say that Aussies are the best in the world when it comes to burnouts. To call what guys like Andrew Lynch, Steve Loader and the rest do out on the pad ‘burnouts’ is kind of selling it short. It’s like drifting, but without a marked track and with way more smoke; it’s our own Aussie invention, right up there with thongs and Vegemite.

But across the ditch in America, they haven’t quite fully grasped the burnouts concept. Most US burnout comps are static, so there’s no tip-in and no doughies. Cars just sit there on the brakes smoking the tyres, and whoever makes the most smoke wins. Sometimes they even drive their cars up against a wall so they don’t have to use the brakes to smoke the tyres! And that’s where this video from HyperFest comes in. 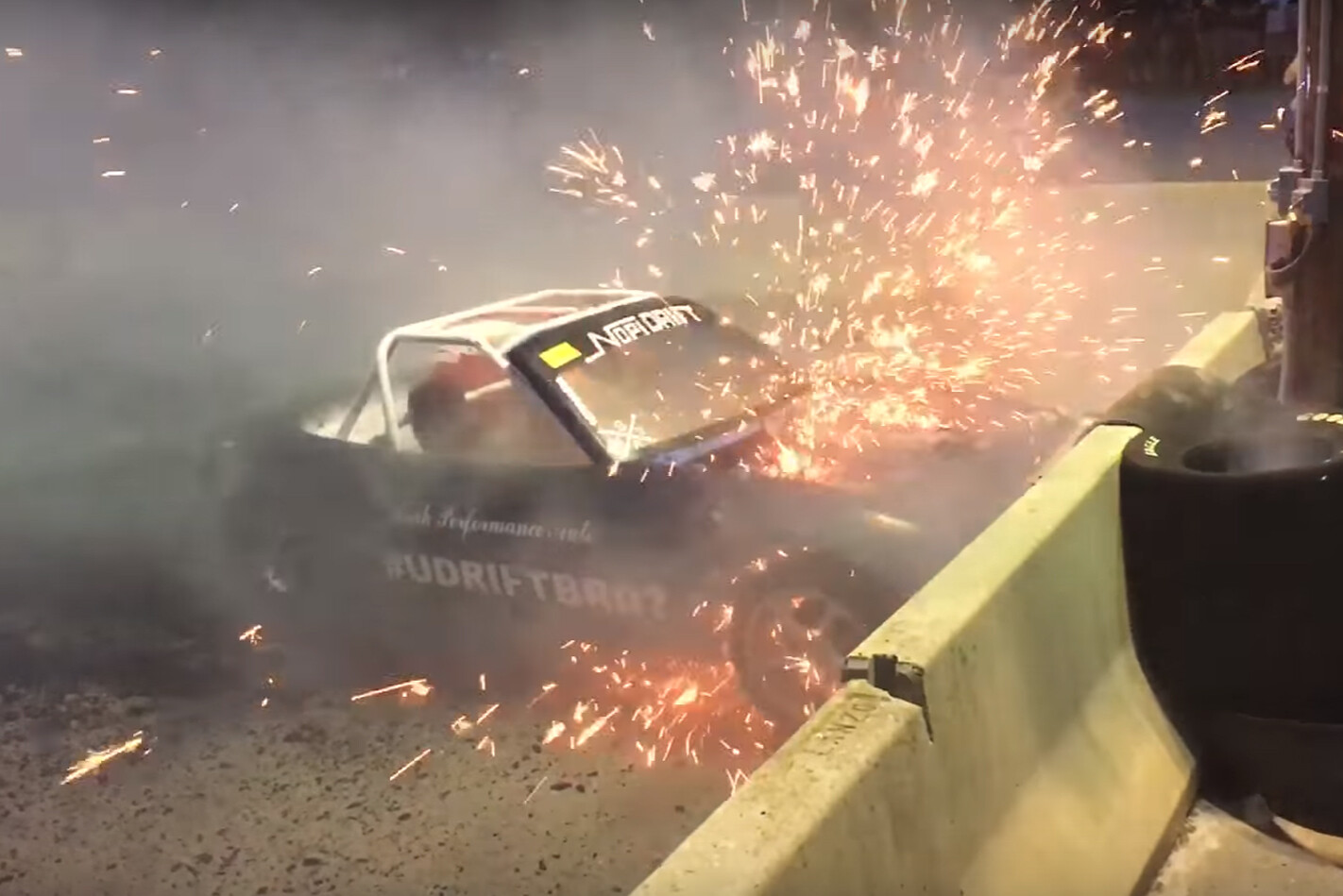 HyperFest is like the Powercruise of America, held every year at Virginia International Raceway. It basically rolls a bit of every motorsport discipline into one hectic weekend, combining drifting, circuit racing, off-road racing and burnouts. Apparently the event is notorious for its high-energy, low-thought atmosphere – sounds like a recipe for entertaining viral car videos!

Case in point is this V8-swapped Mazda MX-5 – known Stateside as the Miata. Keen to put on a show in the HyperFest burnout comp, the Mazda’s owner pressed the front of his car up against the barriers and went for glory. Within 30 seconds of beginning to vaporise its tyres, the MX-5/Miata vaporised its engine and even more spectacularly shot its clutch straight up in the air!

The whole car bursts into a giant fireball, while a laidback firefighter slowly wanders over, only to find his extinguisher is basically empty. A minute passes by and a couple more firefighters arrive at the scene and start hosing down the Mazda, which by now is completely engulfed in flames. Nek minute old mate – whose car is still on fire – walks over to said car, pulls a beer out from an Esky he’s been hiding in the back and starts sculling it down like a champ while his car burns to the ground. Crowd goes nuts, everyone cheers – coz ’MURICA. And you thought Summernats was loose.

As impressive as the whole thing was, we don’t think this kind of burnout is going to catch on anytime soon.