A chat with the star of Overhaulin’, Chip Foose

LAST week we had the opportunity to meet US car designer and builder Chip Foose, who was in Oz for the Australian Automotive Aftermarket Association (AAAA) show in Melbourne, as a guest of 3M.

We sat in on a session Chip ran at the Automotive Centre of Excellence, where he did a drawing for the students while running a Q&A session at the same time. The students came up with some great questions and Chip fired back with some equally great answers, so we’ve listed them out below!

Then we had time to record a quick video with Chip and talk about everything from how he got started in the industry, through to his latest personal project.

When did you start drawing cars?
I started out when I was three, sitting beside my dad as he drew. Then I was drawing all the way through school; I got in trouble for it too!

What did you learn from your dad, Sam Foose?
My dad is the greatest craftsman I have ever met. The biggest lesson he ever taught me was that you can do anything you like to a car, if you put your mind to it.

What do you think of the Australian show car scene?
What I loved about the cars at Meguiar’s MotorEx was that they could be based on anything. Aussies build amazing cars out of stuff Americans wouldn’t give a second glance to.

Who makes the styling decisions on a car build, you or the owner?
I tell a customer to make a folder and whenever they see something they like in a magazine, put it in there, that way I can get an idea of what their tastes are like. I also pay a lot of attention to the guy’s wife and what she likes, especially in terms of colours. That way, when the car is done, they have a car that she loves too, and they have something they can share as a couple.

What does it take to win the Ridler award at the Detroit Autorama?
The cars are so close to perfect that the judges are simply looking for problems. The cars in the Great Eight are the cars with the least flaws. That means that we’ll go to the lengths of building a new door hinge pocket so we can get in there and finish it off as well as every other bit of the car, including the paint, the buffing and pinstriping.

How important is colour?
Colour choice is vital and it isn’t always about having the brightest colour. I never put the real colours out on public concept drawings of cars I’m building, so that it doesn’t get copied. In fact, I’ll put on the colour that suits the car the least! I’ve had at least one guy go out and copy that [laughs]. The same goes for wheels.

Have you got anything left to learn?
There is always something. My dad used to say it is what you learn after you know everything that counts.

What is the strangest thing you’ve designed?
Probably the most out-there thing I’ve been asked to design was a building – the Motor City Casino.

Do you metal-finish all your cars?
On Overhaulin’ no, but in the main shop, yes, absolutely.

Do you like to assemble cars before you paint them?
Yes, we like to have the car completely together before, with every wire laid out and every hole drilled, and if possible, we like to have it up and driving in the raw metal.

Have you ever worked with Jay Leno?
Yes, we’re good buddies. He’s got a water jet machine that we use sometimes and I do drawings for him.

Who is your dream customer?
Ralph Lauren. He has an amazing collection of cars.

Are your kids into cars?
Yes, they both are, they both love coming to shows.

Any last advice for young people getting into the industry?
Treat everyone you meet as your best friend. You never know whose help you’ll need in the future, so help out everyone you can. 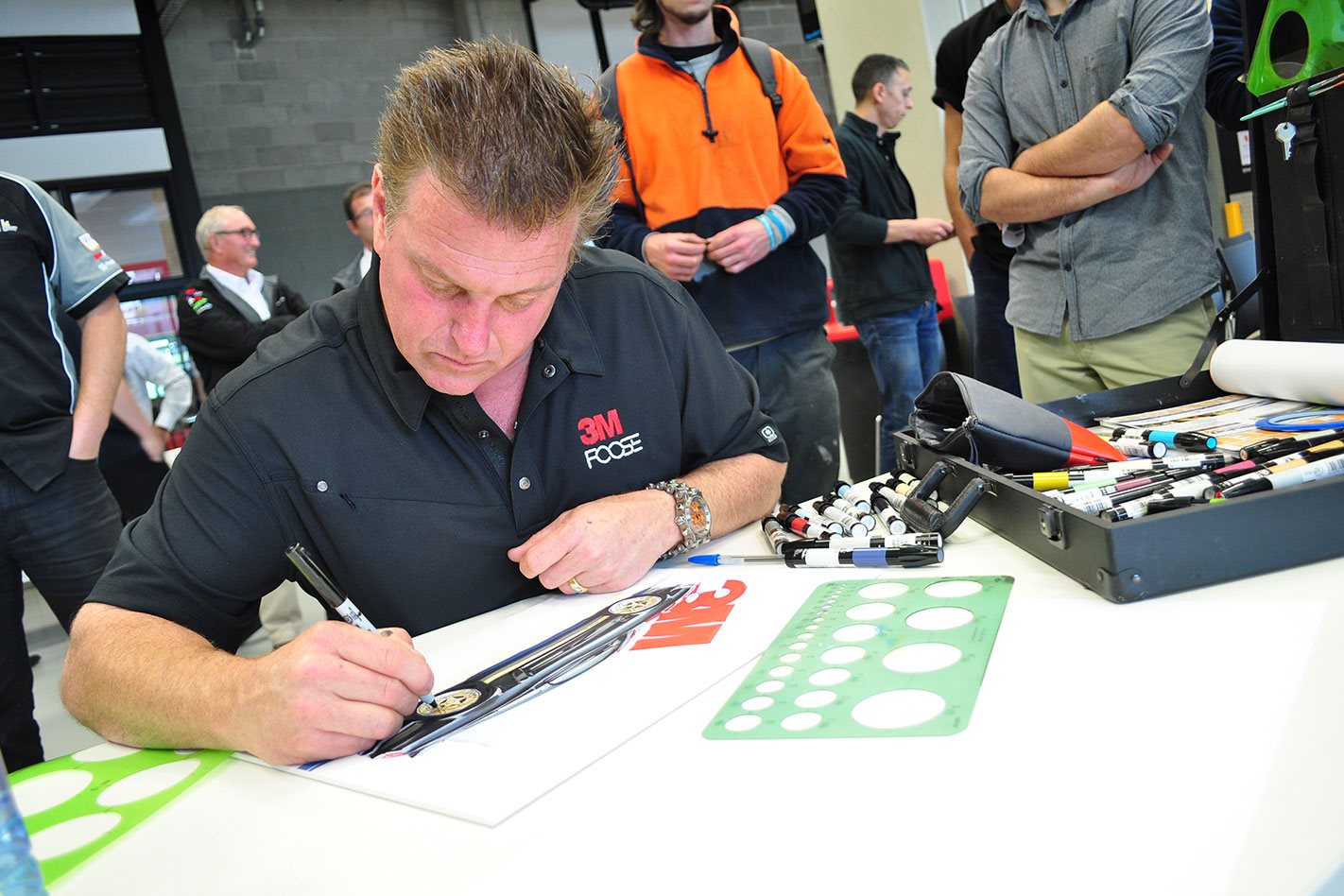 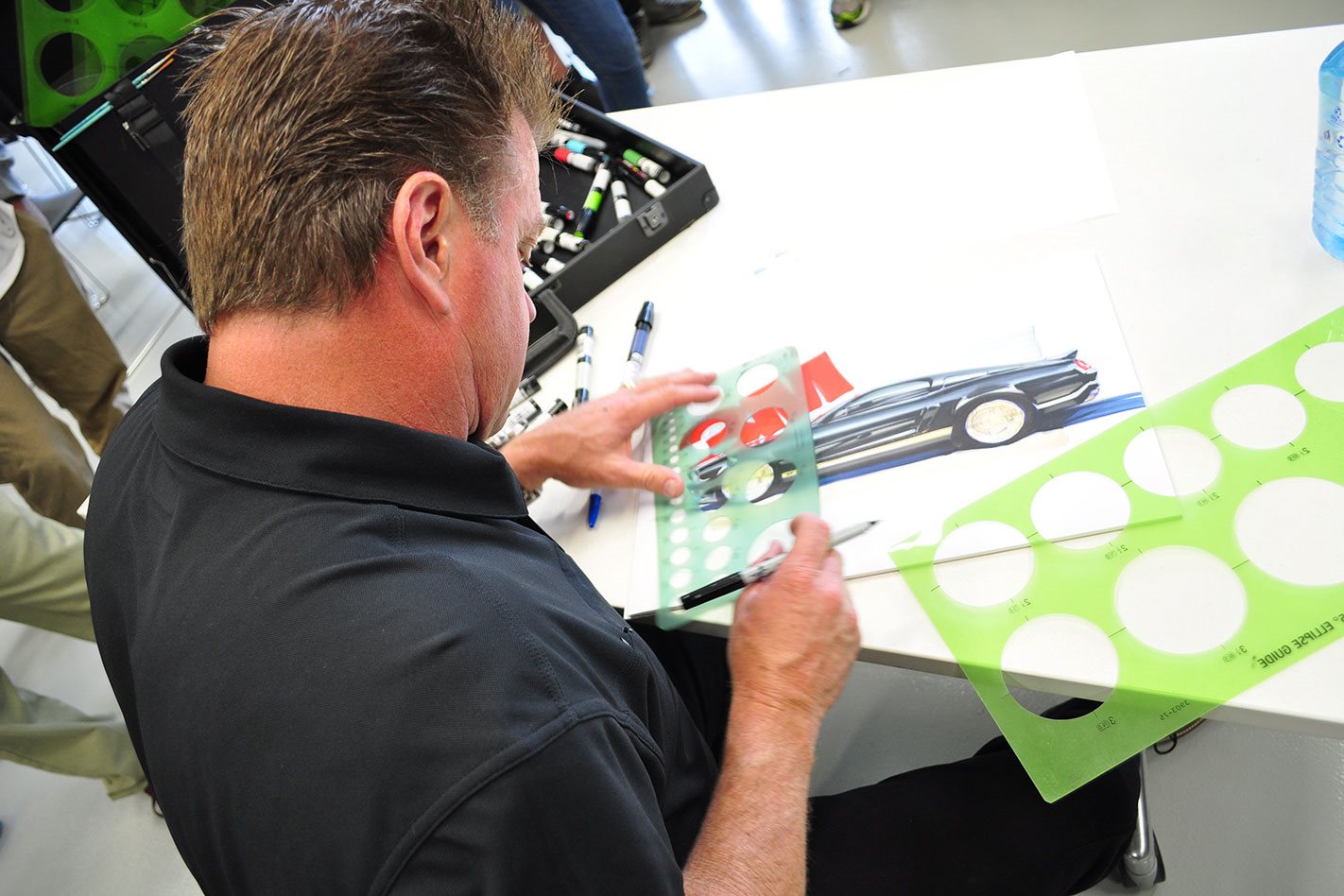 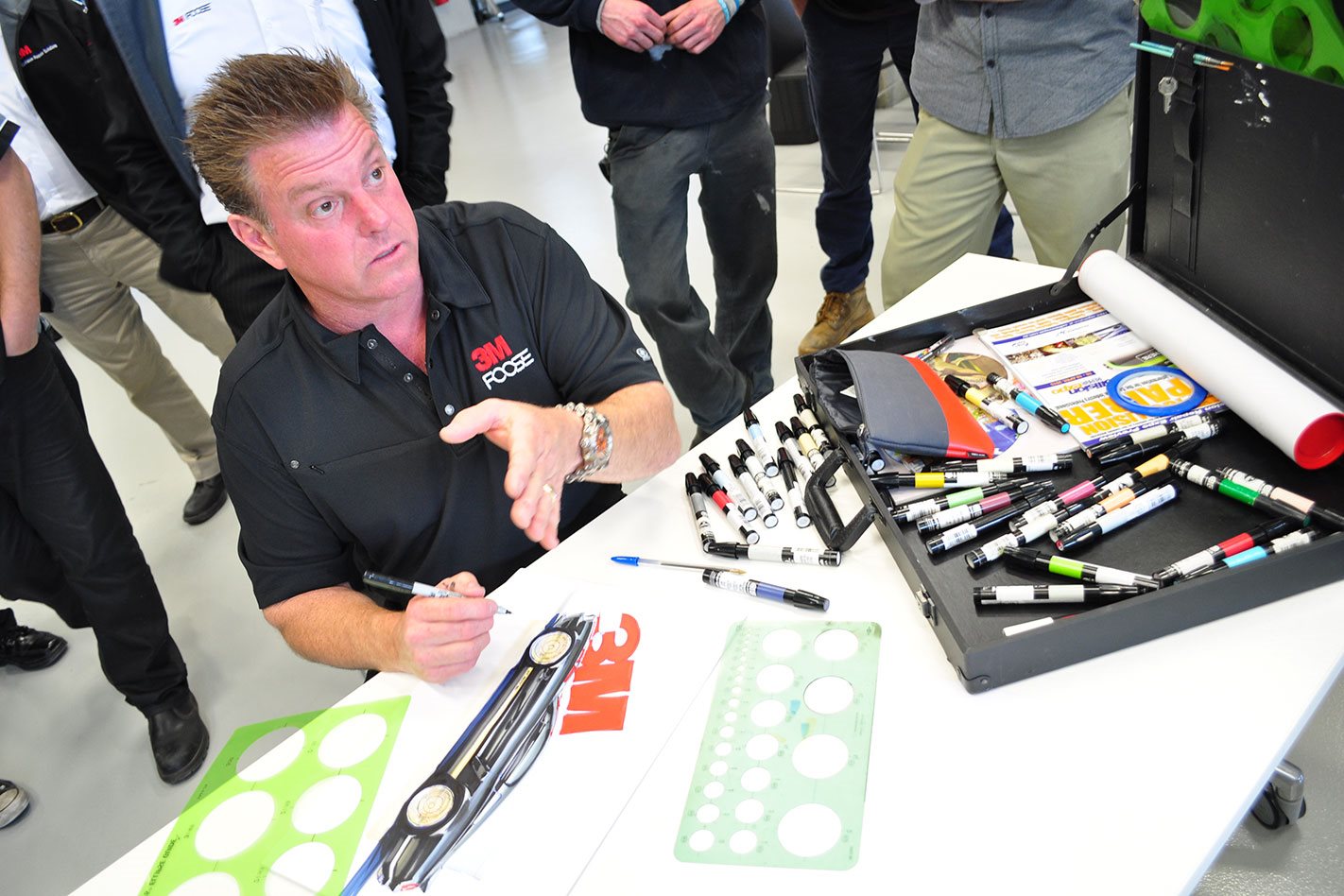 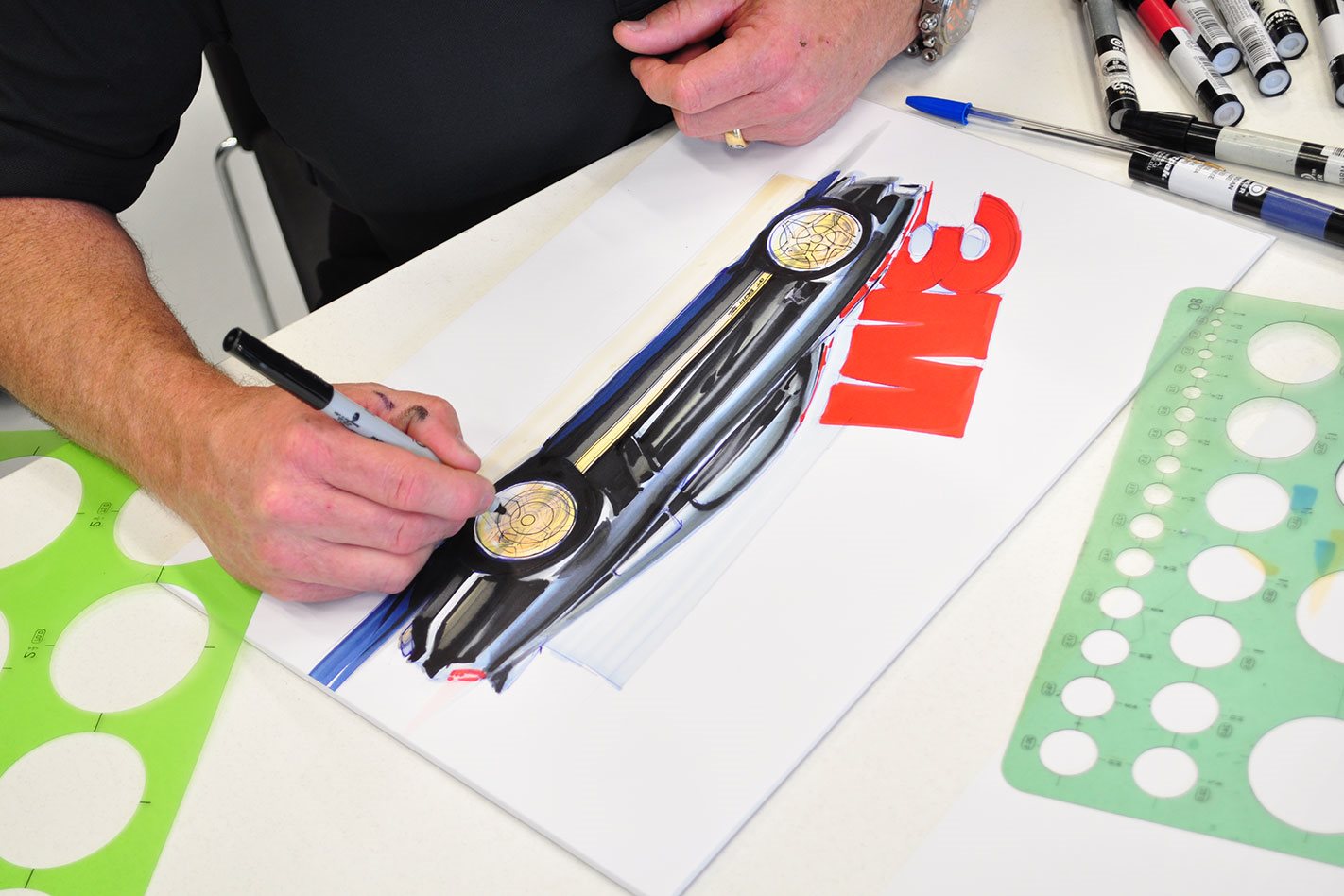 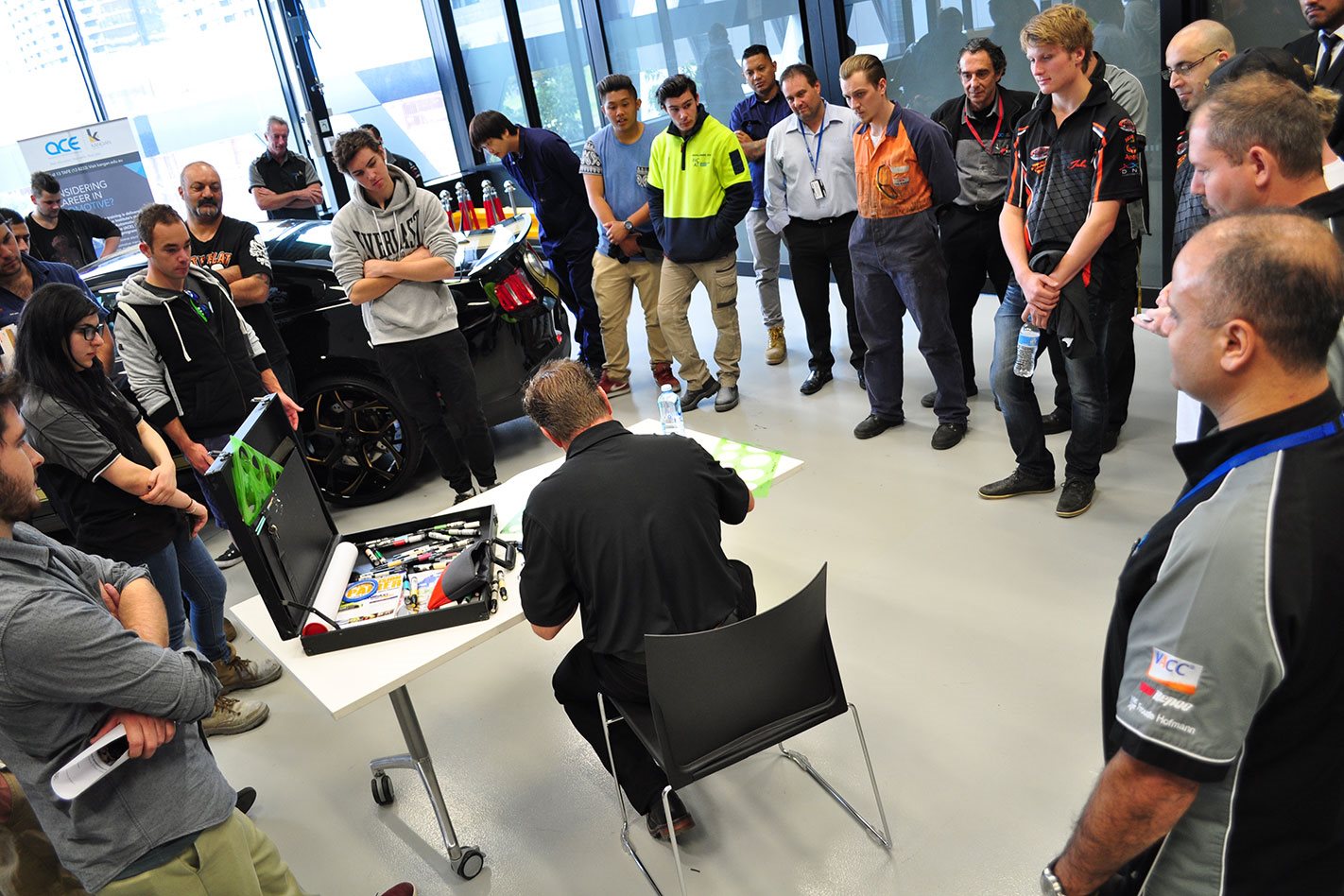 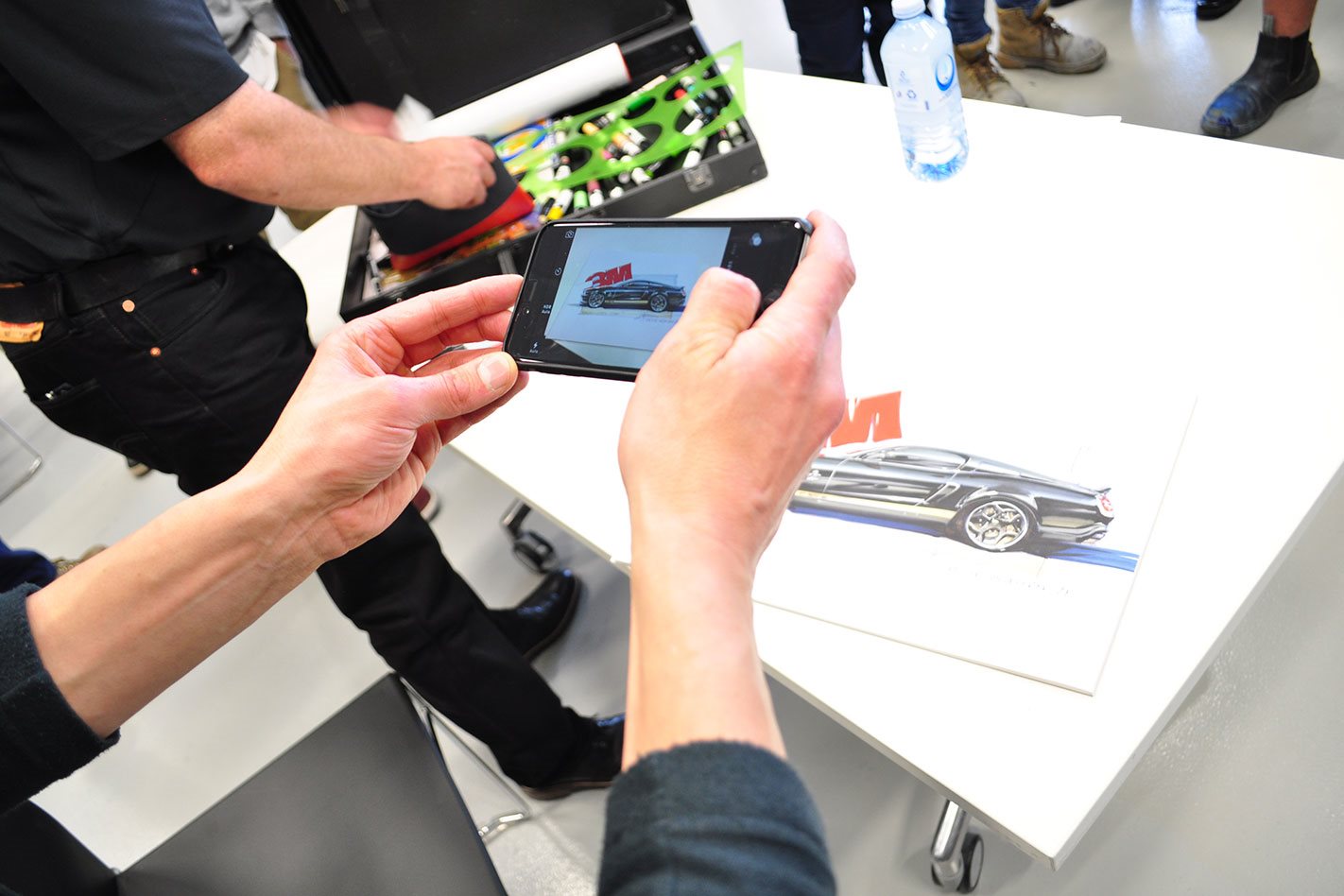 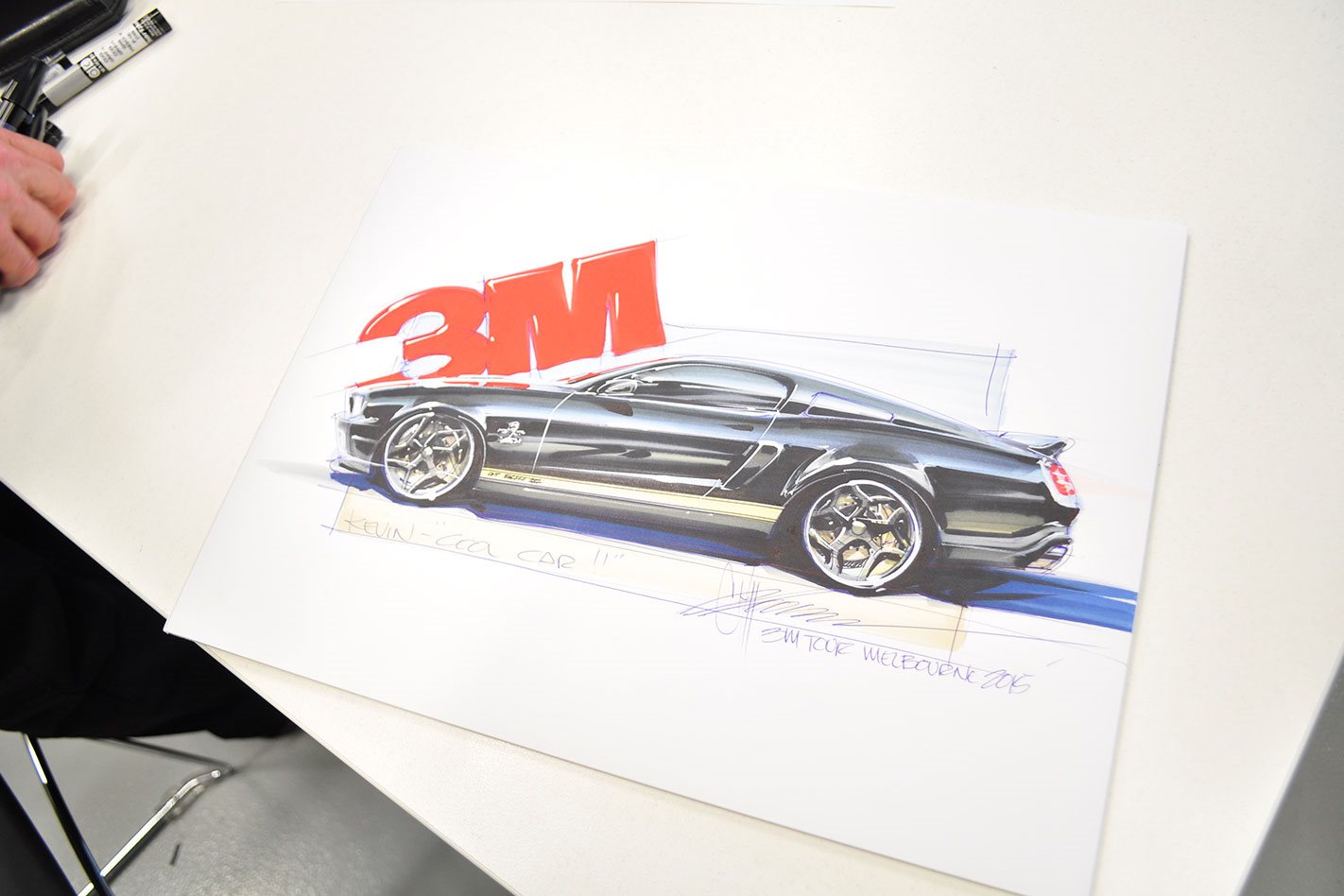 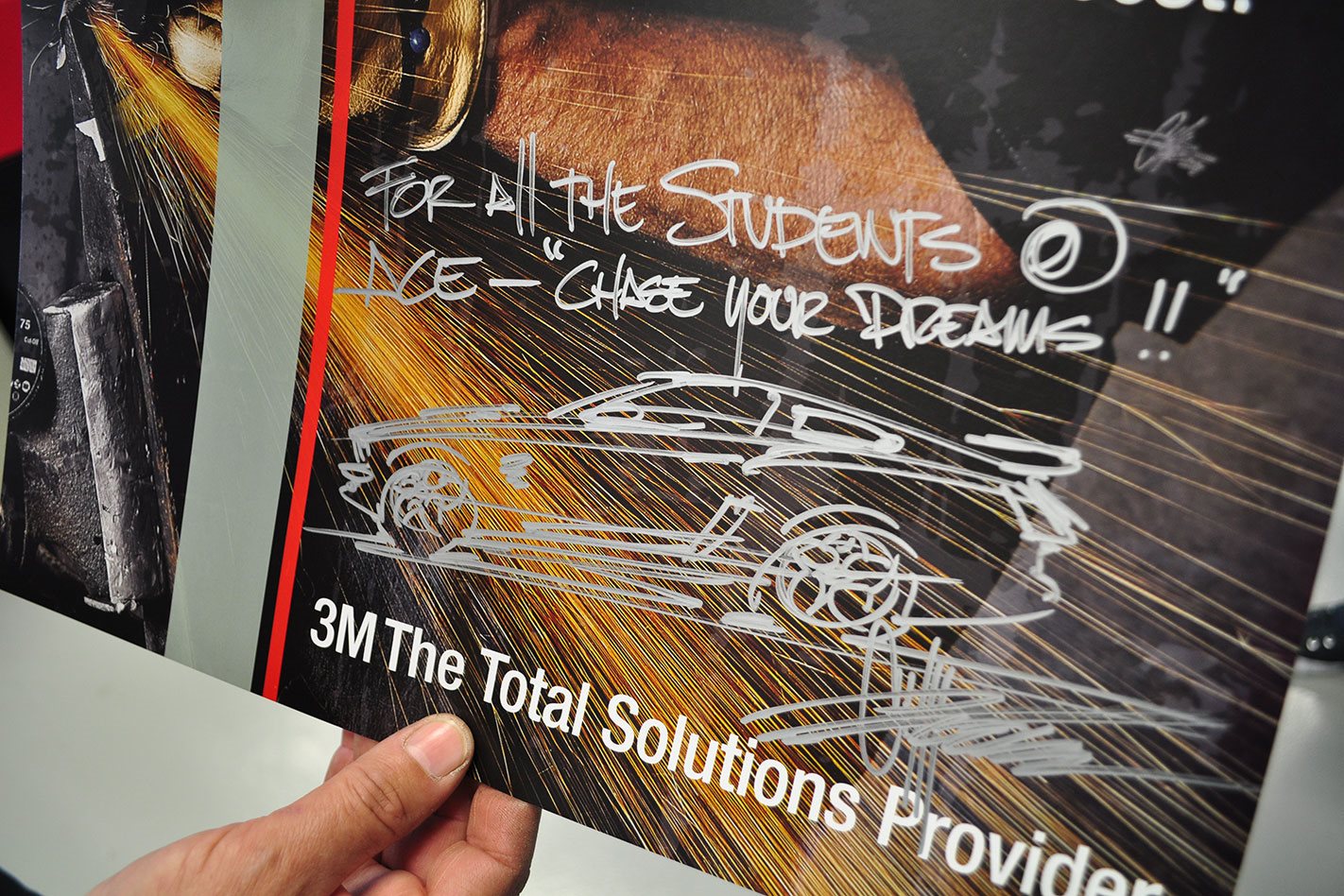 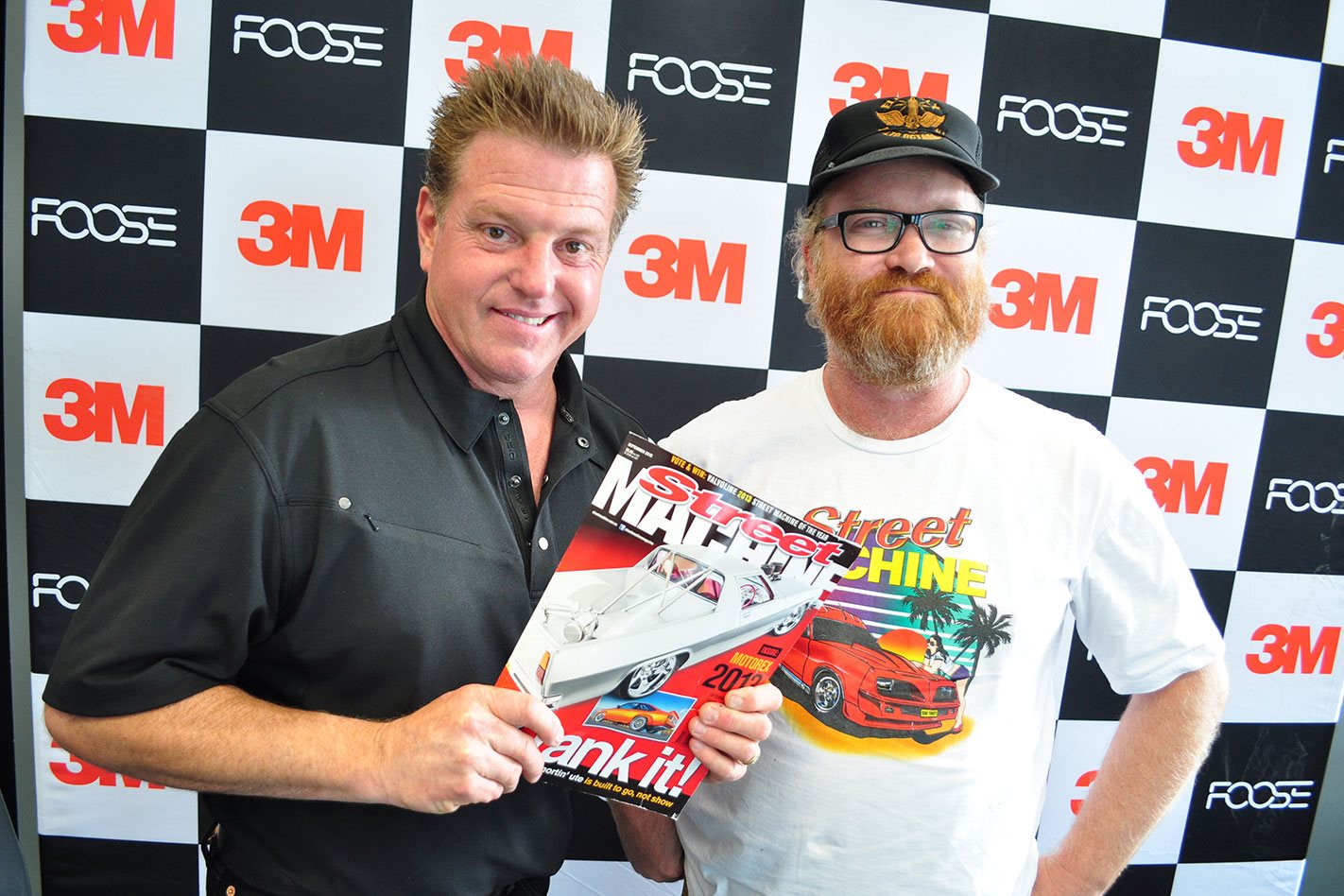