On its recent tour of Australia Matthew Lucas, aka ‘The Dig’, steered the JCB digger to a top speed of 116.8km/h at the Supercheap 1000 to steal the record – not bad for a backhoe with a factory top speed of 40km/h.

The concept was born in the late 80s with the original design allowing it to perform high-speed wheelies at racing events. Since its Australian debut at the 1990 Adelaide Grand Prix it has wowed tyre-shredding fans the world over. Now, it’s smashing records.

"It goes great straight, but doesn't like corners. And combined with the smoke and flame shows, the punters love it!" Glen McLeod, JCB's National Product Planner, laughs.

JCB recently transformed the backhoe, at the company’s headquarters in Staffordshire UK, for its world record tilt. The transformation incorporated a 580ci, 9.5-litre, big-block Chev engine nestled in a custom chassis that shares little with its original Bedford-based brethren.

The digger is loaded with top shelf internals, including a Crower crankshaft, Compstar rods, Diamond pistons and DART heads. It’s force-fed avgas through an 8/71 Littlefield supercharger and the BBC dispenses its gas through straight pipes loaded with diesel injectors for a little bit of extra fun. Backing it all up is a proven Powerglide transmission – with JCB relocating a complete diff and gear set from one of their production Fastrac tractors. It also sports twin calipers on Fastrac disc brakes down back and Wilwoods up front. So, the beast stops as well as it starts.

The in-house built custom chassis is home to a production sourced body sporting a full cage, race harness and seat and an automatic fire suppression system. It also incorporates rear dolly wheels for lengthy periods of wheel standing. Carrying a 130km/h rating, the 30-inch Michelins are the only thing holding it back.

The backhoe’s 2014 Australian tour will conclude when JCB unleashes the GT at Homebush for the season finale V8 Supercars race, 5-7 December. 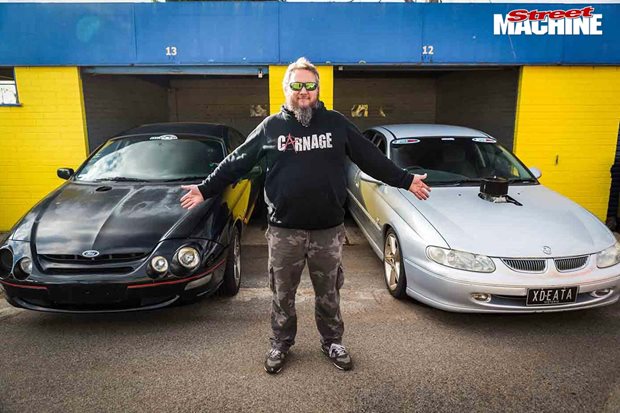 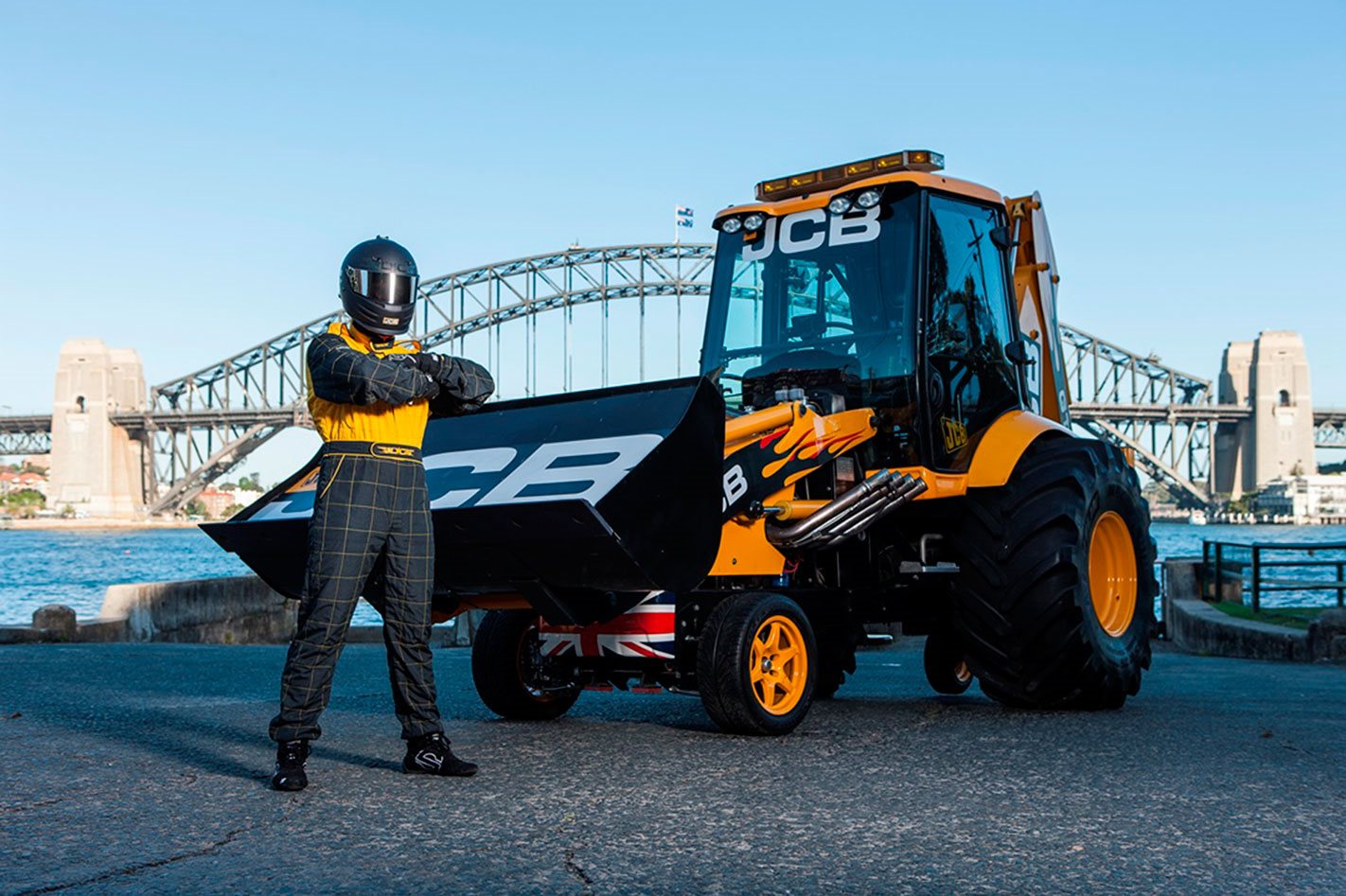 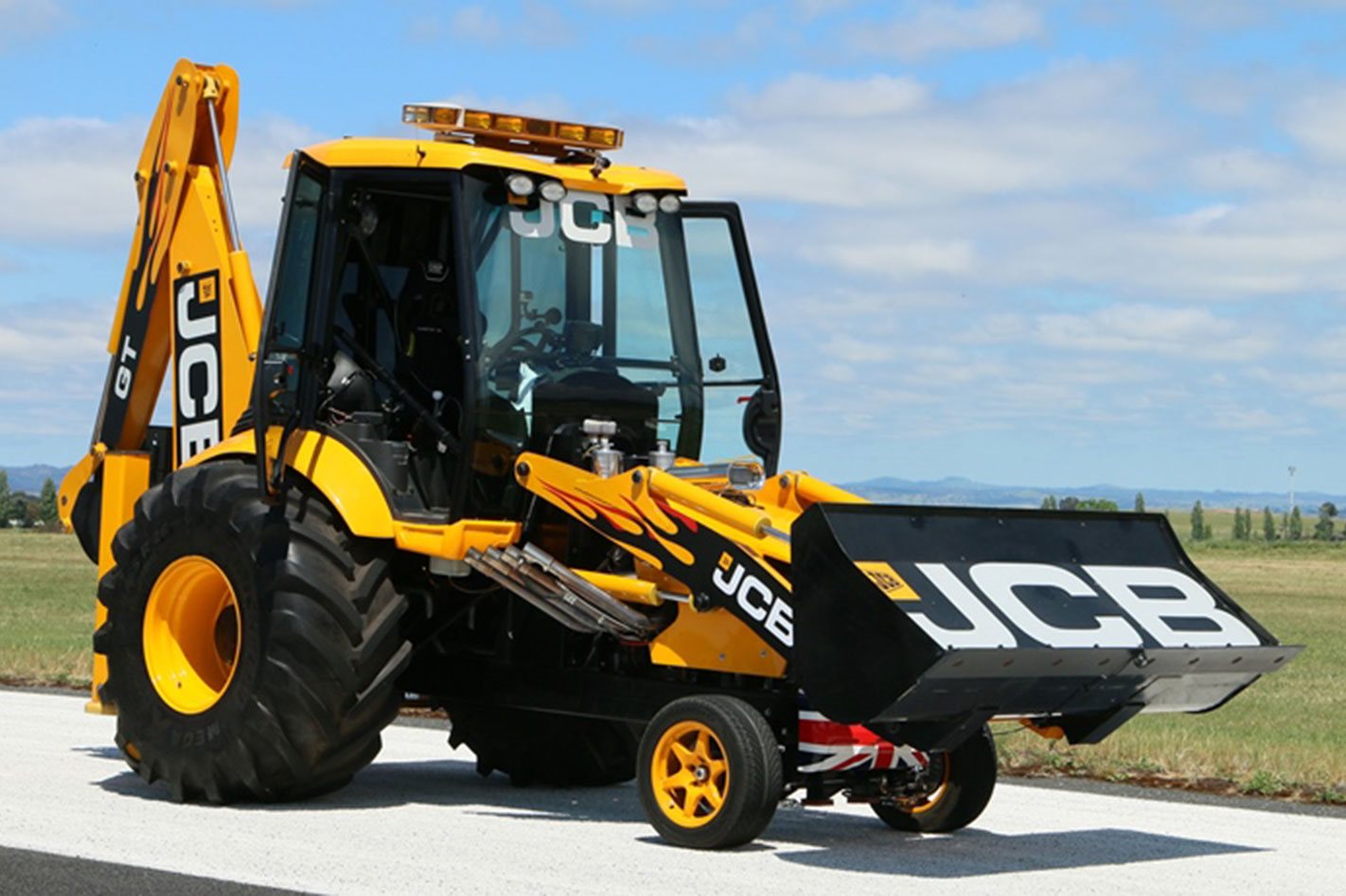 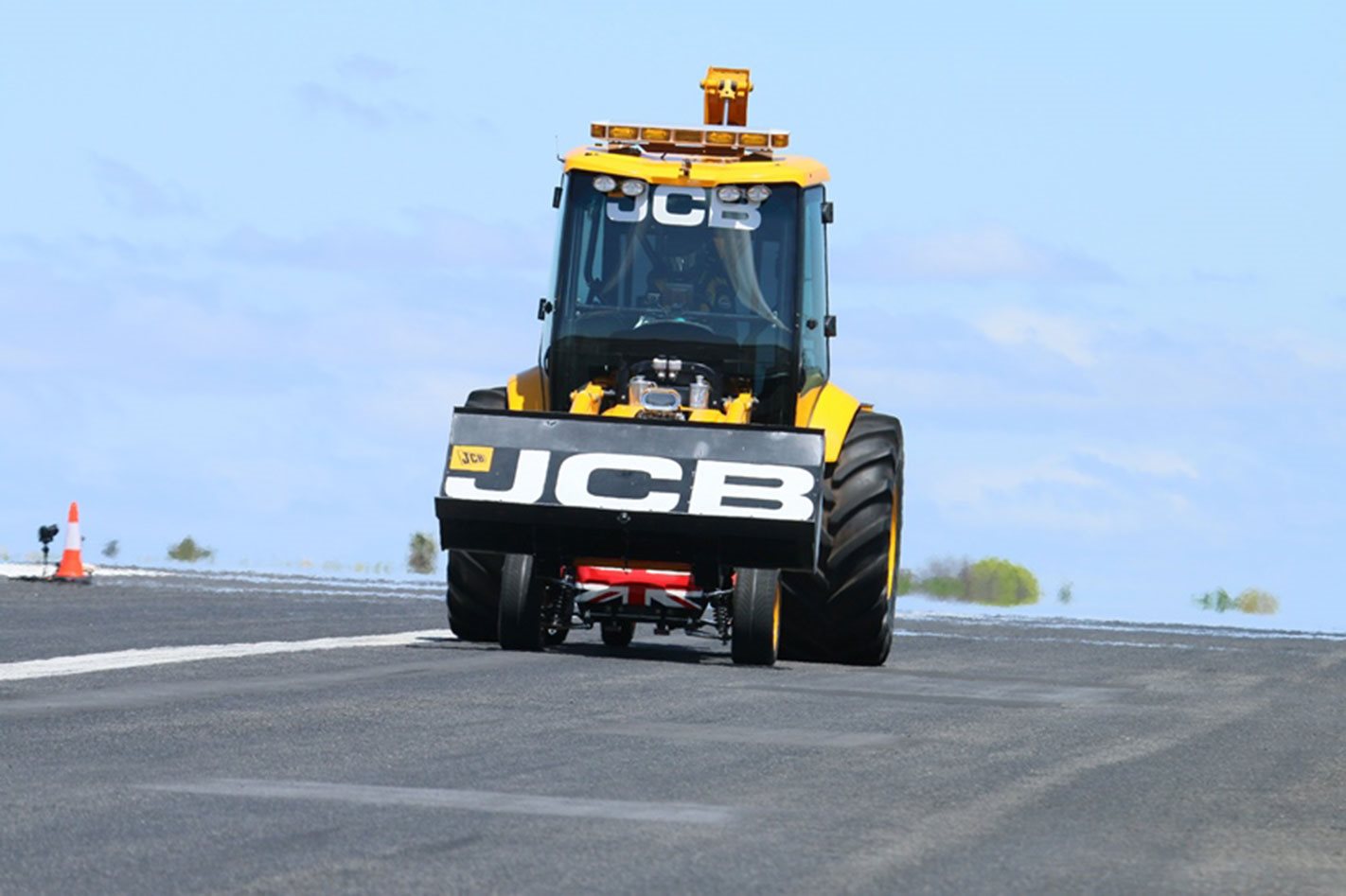 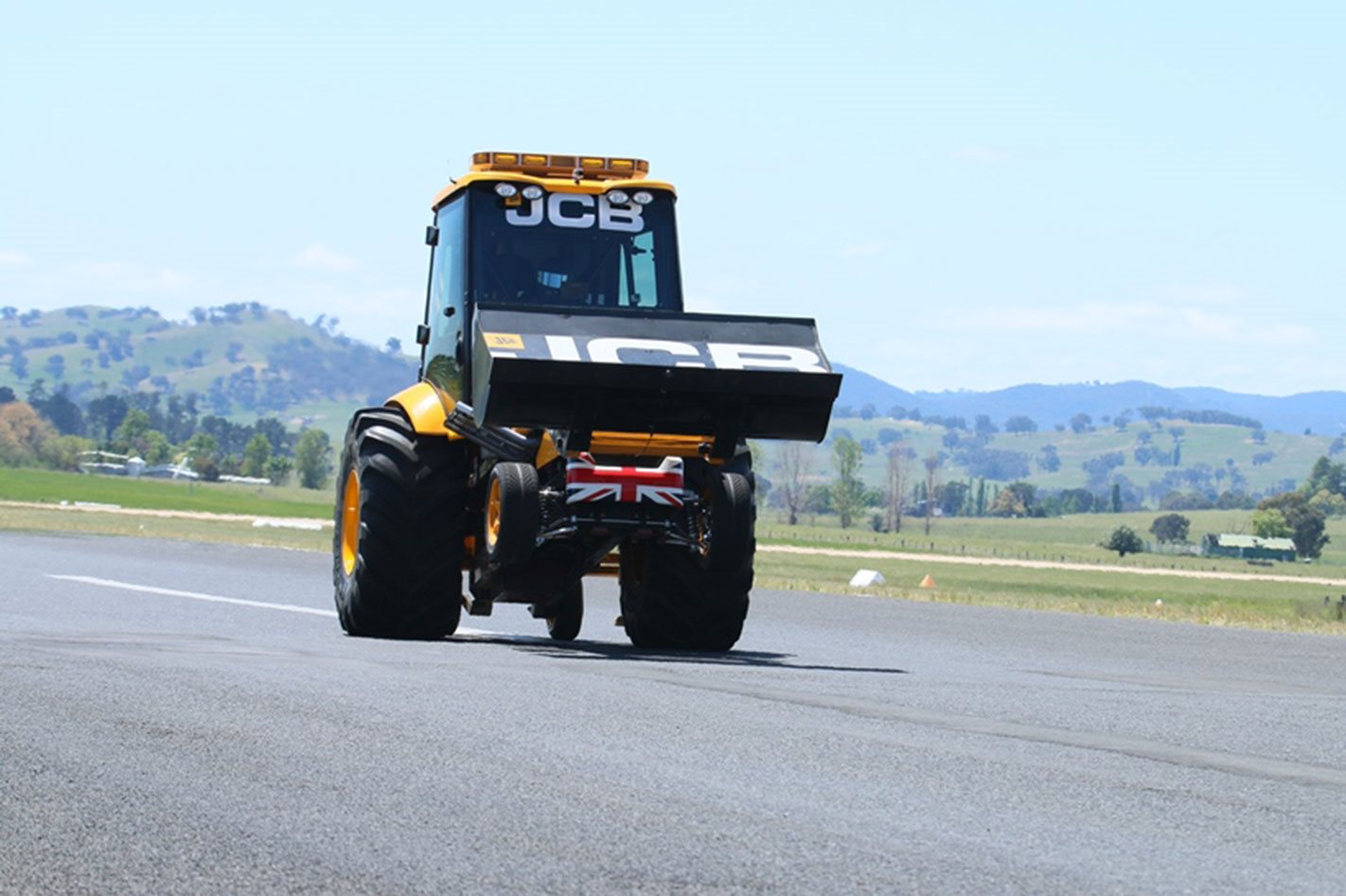