Toyota NASCAR catches fire while doing a burnout at the Goodwood Festival of Speed.

A Toyota Camry NASCAR racer caught fire while doing a burnout at the U.K’s Goodwood Festival of Speed over the weekend.

The Goodwood Festival of Speed is a sort of posh Summernats held on the grounds which surround a British Lord’s castle.

On the property there’s also a dedicated hill climb track where professional drivers wrestle their machinery up the hill attempting to set competitive class times.

Rather than try clock a quick figure up the hill, Austrian racer Patrick Friesacher adopted the slow and stylish approach in his Toyota NASCAR, stopping in front of the main spectator area to turn the car’s slicks into smoke, and then fire.

We’ve seen plenty of burnout fires at Aussie strips, but in the U.K it’s relatively uncommon especially at prestigious car events like Goodwood.

Despite the car catching fire, Friesacher nonchalantly continued pounding up the hill in the 850hp monster with red and yellow Redbull-themed smoke bellowing from the rear.

Apparently the Austrian didn’t realize the car was alight until the track marshals arrived armed with fire extinguishers.

The Toyota Camry Nascar is powered by a 358 cube iron block V8 with aluminium cylinder heads and a single Holley four barrel carb which helps it scream to 9000rpm. Flat out with the right gears the beast does over 200mph. 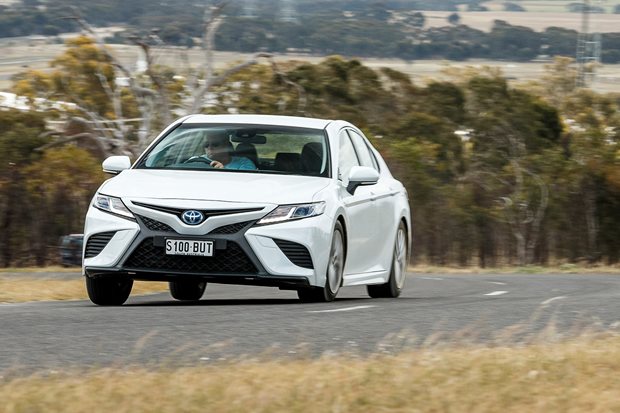 Uber drivers rejoice, life is about to be more enjoyable 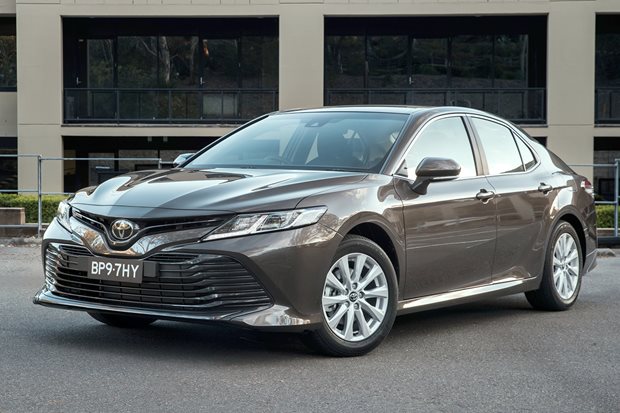