HOLDEN hasn’t built a V8 engine for over 15 years, but the legacy lives on and last weekend we saw the first ever seven-second quarter mile in a sedan powered by a two-bolt main and cast-head Holden V8. Well in this case it was actually a wagon. Andrew Darby has been knocking on the door of the seven-second zone for a quite a while with his Moolap Mufflers VK Commodore wagon. He ran an 8.01 back in 2014 with the old twin turbo set-up, but Andrew has recently stepped up to a big single GT55 turbo and with around 30 pounds of boost.

The engine is a basic 355ci set-up in a factory cast-iron two-bolt block running a budget crankshaft and a Microtech LT-16 ECU with two banks of injectors feeding methanol to the fire. As you can there’s not a whole bunch of expensive gear in this combo, but it seems to run the numbers and the wagon ran 7.99 twice last weekend at Calder during the 2016 Australian Nationals.

We managed to catch up with Andrew for a very quick chat before he headed out to the track again. 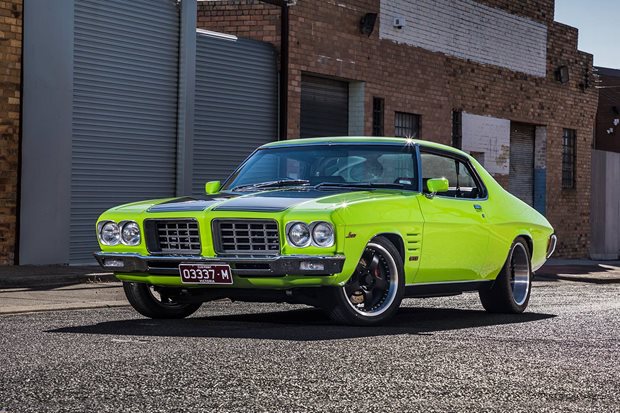 Anthony Fabris adds to his stable of stunners with this mean, green LS3-powered HQ coupe 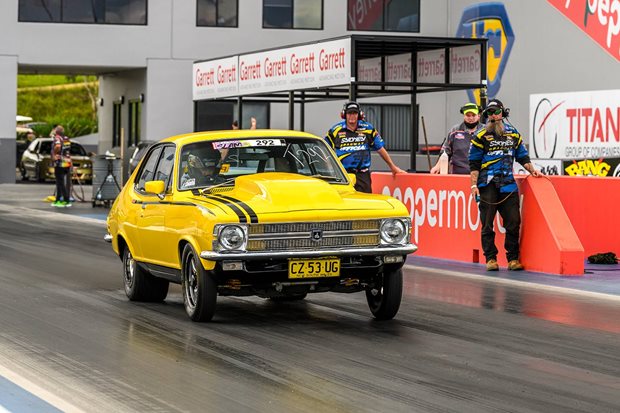 This pump-fed 186 might look old-school, but it packs some killer tricks to make far more power than grandpa’s HR ever had!