What we really think of the Kia Stinger - Video

Is the Kia Stinger the new SS Commodore? We take one for a drive to find out

SADLY the showrooms at both Holden and Ford have been missing our much-loved Aussie-built sports sedans for a couple of years now, and with German sports saloons being as expensive as ever, Aussie car lovers are left with few options when it comes to finding a fun four-door, rear-wheel-drive sedan. Enter the Kia Stinger. While it may be a Kia, it’s not like any of the other Kias we’ve ever come across. 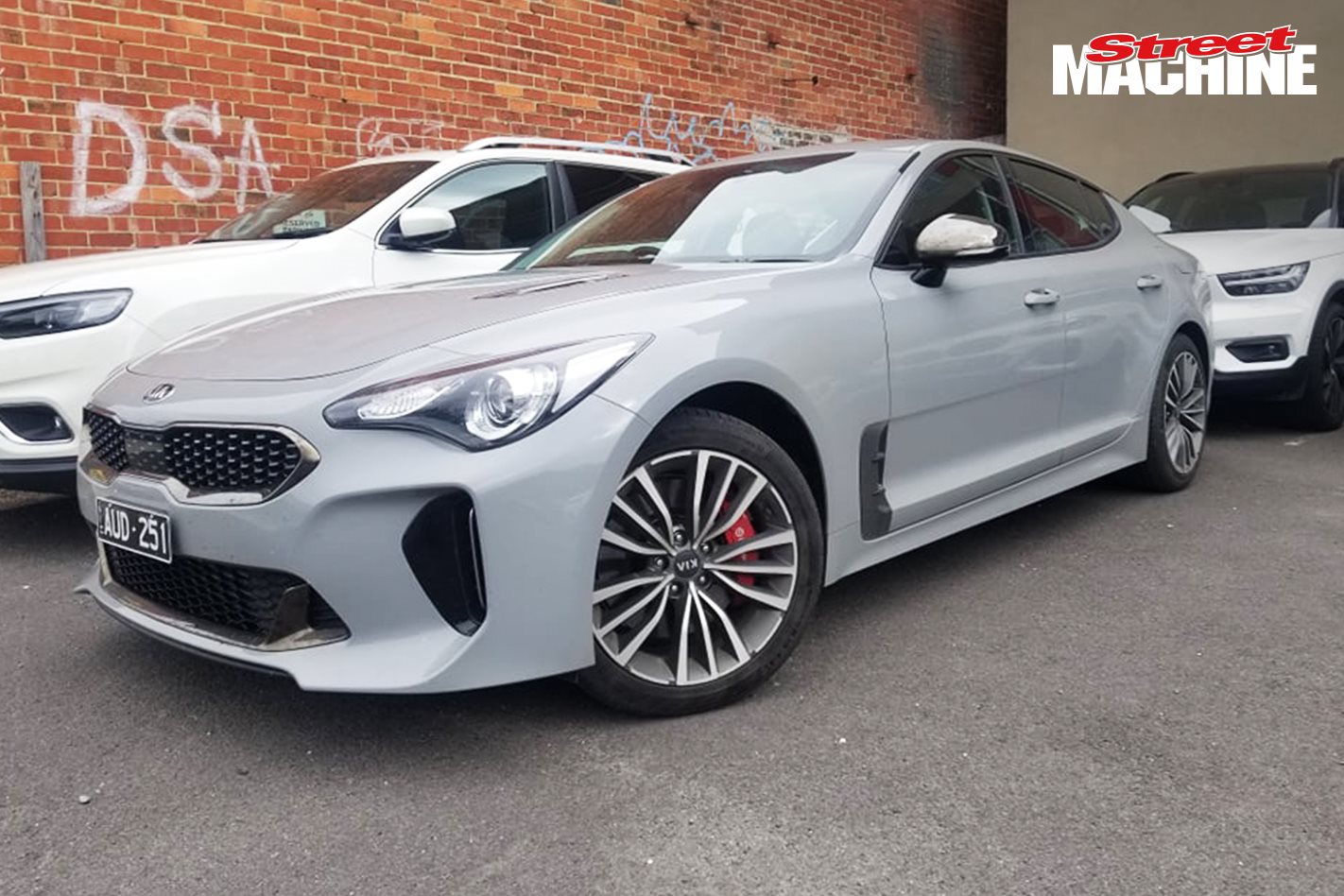 Hiding under the unassuming four-door body is a twin-turbo 3.3-litre V6, with an eight-speed auto and rear-wheel drive. Its main purpose is to be a luxurious GT cruiser, but with 270kW, two turbos, and RWD with a mechanical LSD, it’s pretty clear this car was designed for a bit more than highway cruising. 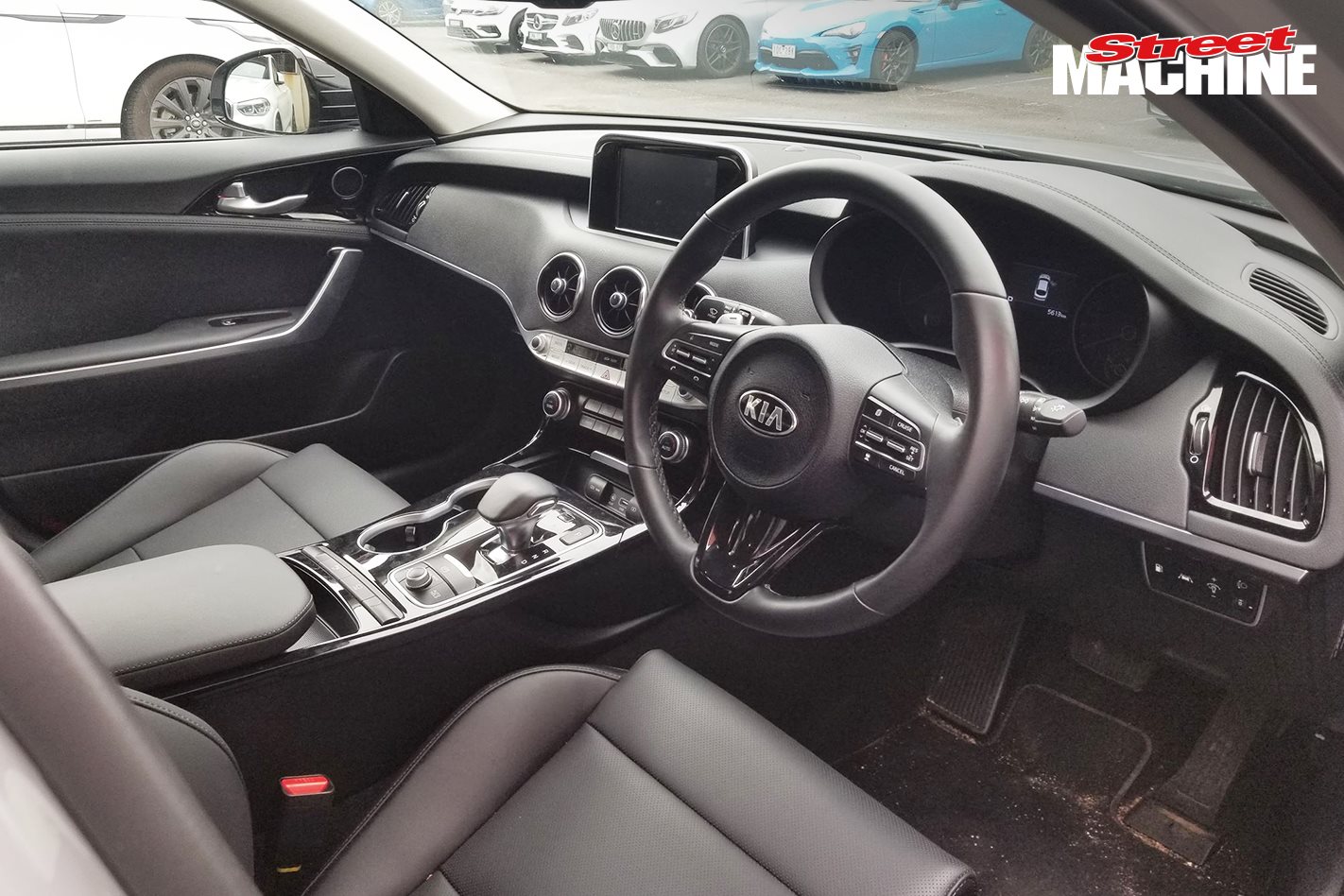 The model we borrowed from our pals from Whichcar is a 330S, and while it’s not a top-of-the-line GT model, it still has all the good bits you need. Think of it as a VF SS Commodore equivalent, with the GT version as an SS-V Redline. But unlike a bog-standard VF SS, this still gets the big Brembo brakes and leather interior. The only real difference is the GT gets slightly bigger wheels and tyres, adaptive suspension and a list of other extras that you really don’t care about when you’re doing 0-100km/h in less than five – yep, five – seconds! 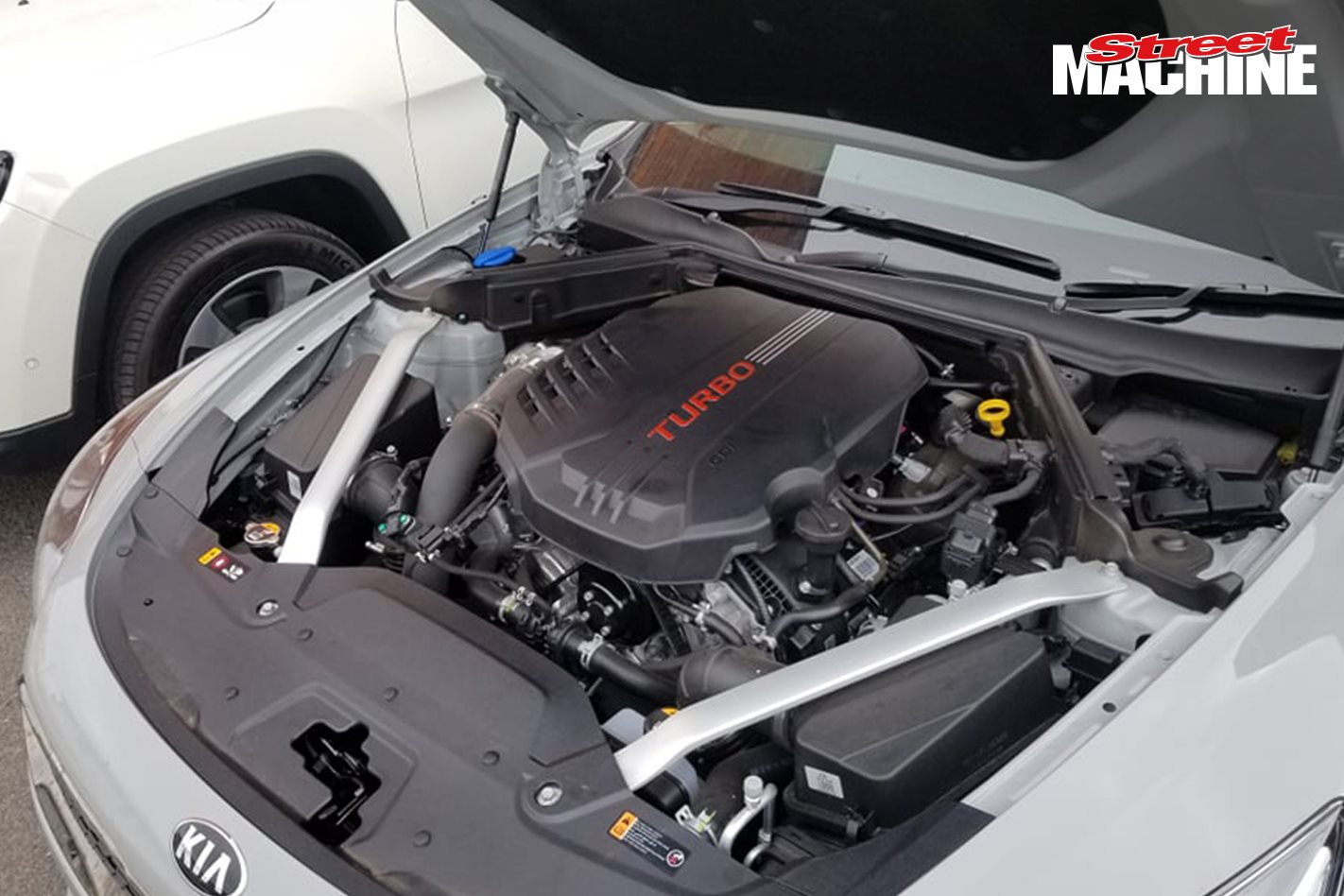 It also has all the luxury mod cons you could need for everyday cruising, but with enough power to get the fun juices going. When driving it around on bumpy suburban roads, even in sport mode, the car is still quite comfortable. There is still evidence of typical Kia plastics in the interior, but you’d hard-pressed to find them in a sea of leather and brushed aluminium. 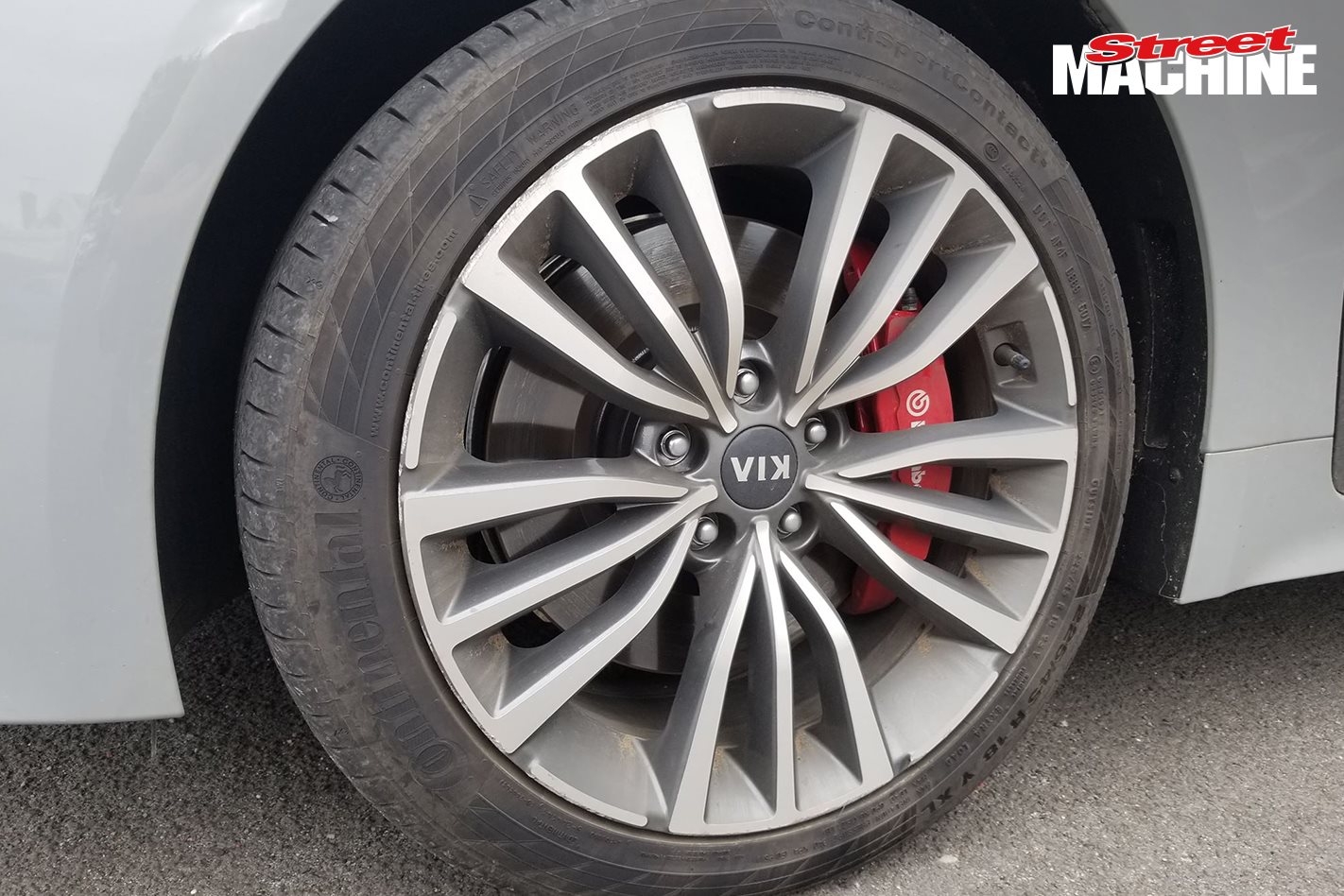 Now for the good bit – how fast is it? Well we’ve already told you it’ll get you from a standstill to 100km/h in less than five Mississippis, and it’ll keep on pulling through all eight of the gears with enough shove to push you back into the nice leather seats. You do have to deal with either putting it in drive or using the paddle shifters to select gears, but the response it still good from the gearbox, with little lag. It also has a launch control function if you really want to stretch its legs from a standstill.

So how does it rate? Personally I’d still prefer a slightly older VF SS-V or Redline, but for less than $50,000, it’s pretty hard to argue with the Stinger 330S’s value for money. It genuinely feels like a newer luxury German saloon but for a fraction of the price. And to give you a little bit of extra piece of mind, at the time of typing Kia will give you a seven-year warranty with the thing, so the prospect of buying one cheap on the used market has piqued our interest a fair bit. Maybe we should take one up to Summernats!