The Performance Racing Industry trade show takes place near the end of each year in Indianapolis and is the shining beacon for the hardcore racing guys looking forward to next year's aftermarket products and racing season. The burlier and tougher brother of SEMA, PRI has over 1,200 exhibitors fill out the Indianapolis Convention Center to showcase anything and everything that makes you go fast. Real fast.

Aisles of hi-tech parts, billet and carbon are de rigueur but there are still plenty of people thinking outside the box when it comes to going fast and making an impact. Here's four of the coolest and craziest creations we spotted over the PRI weekend: 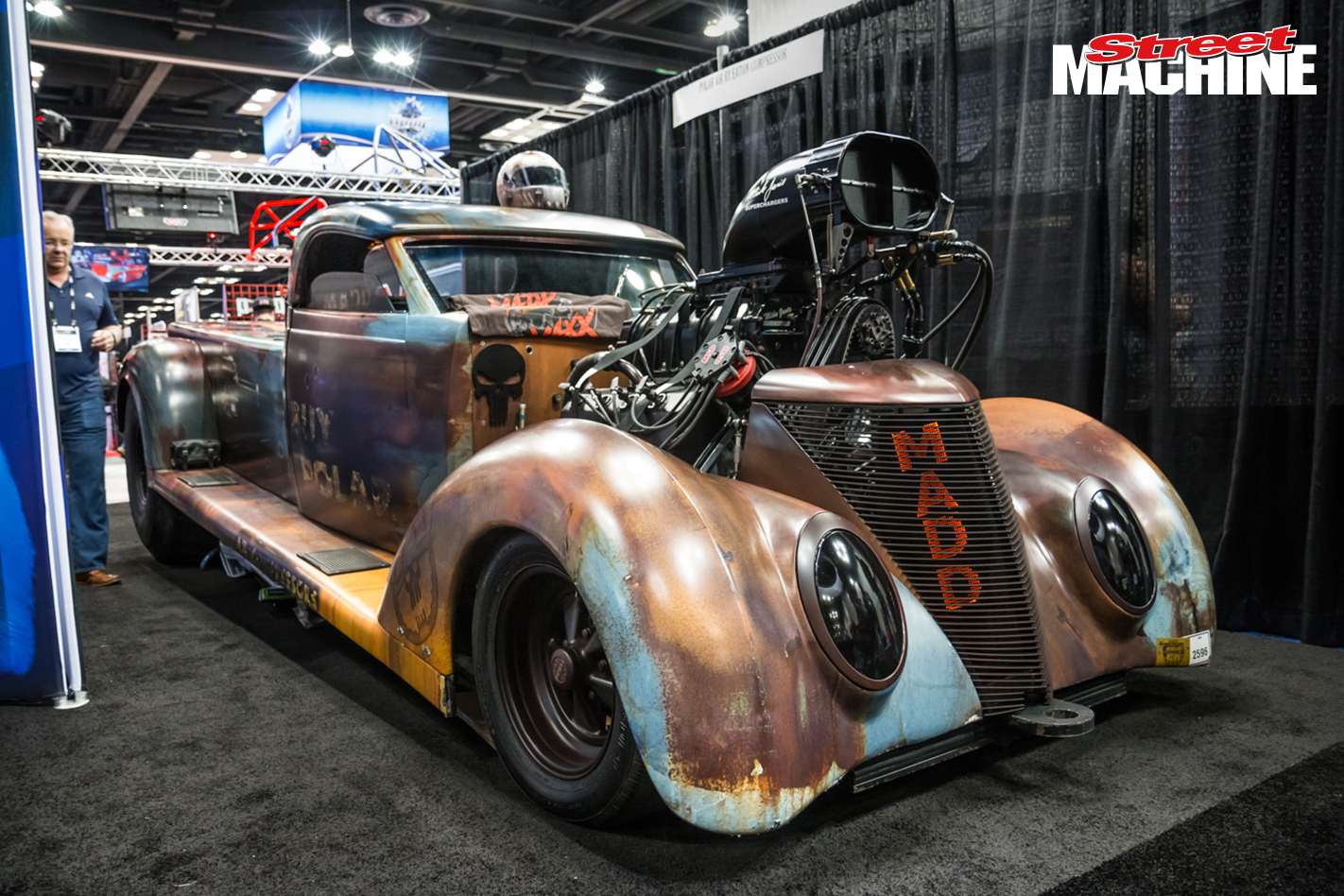 "This is the first time we've had it at a show," explains Alan Kane from Polar Air. "It's less than a year old and very unique, so its going down pretty well." The 1937 Ford truck, dubbed Madd Maxx is built on a fully custom frame with the intention of tractor pulling. The mean-looking donk up front is a 526-cube Hemi with a Mike Janis 14/71 blower system and Alan reckons it's good for 3000hp. 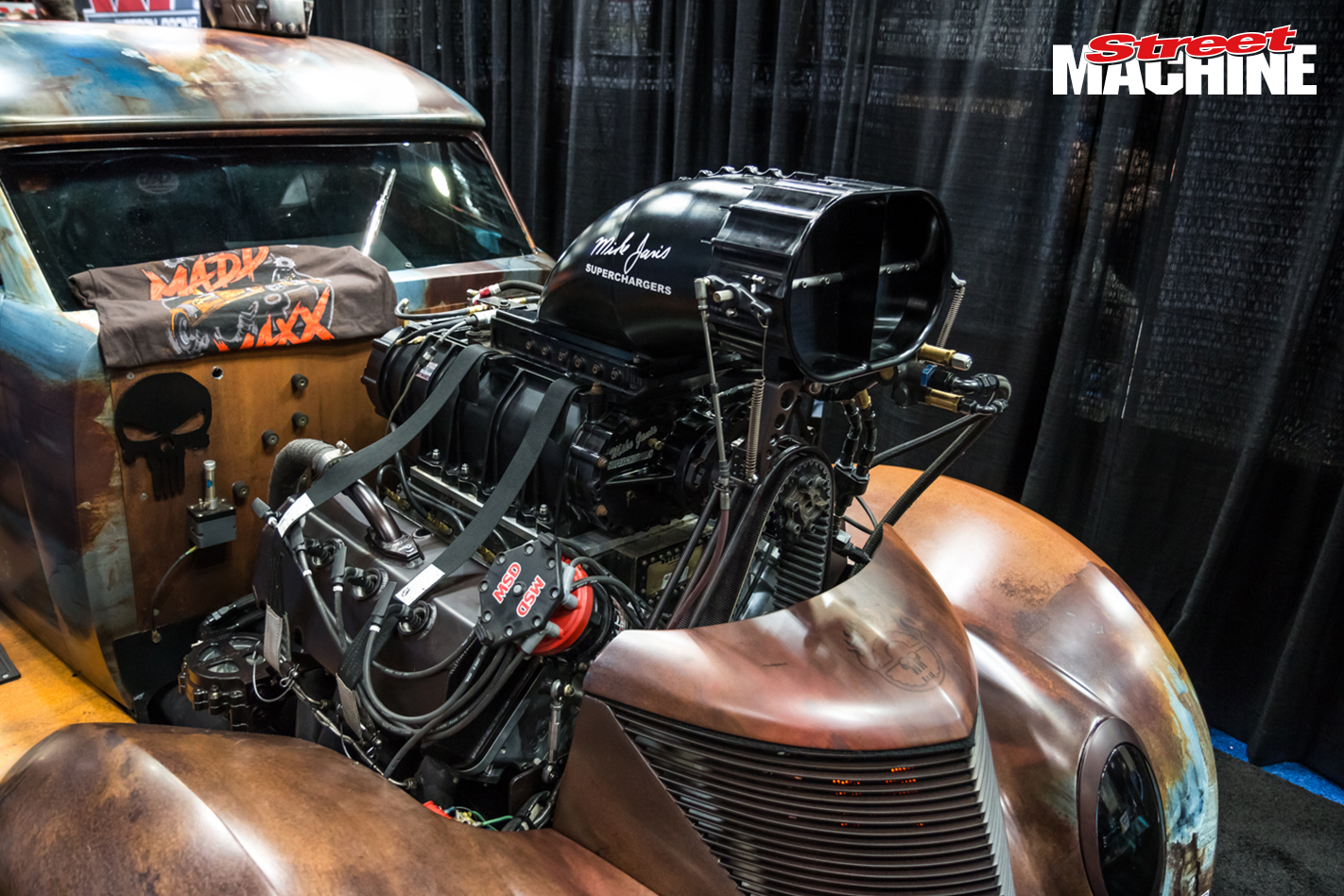 Polar Air is involved with the National Tractor Pullers Association and although their air compressors aren't directly involved with the performance side of pulling, Alan is excited to finally get Madd Maxx out on the track soon to showcase the brand. Tractor pull cars like Maxx are set up quite differently to drag cars and although they may use similar engines, it's all about torque management and gear ratios when it comes to dragging 60,000lbs across 300 feet of dirt. "We work in the 50mph wheel speed range, so we generally keep our gear ratios between 20:1 and 24:1 depending on the conditions. It's really geared down, but we run a higher RPM motor on [Madd Maxx], he likes that 8500rpm range," Alan explains. 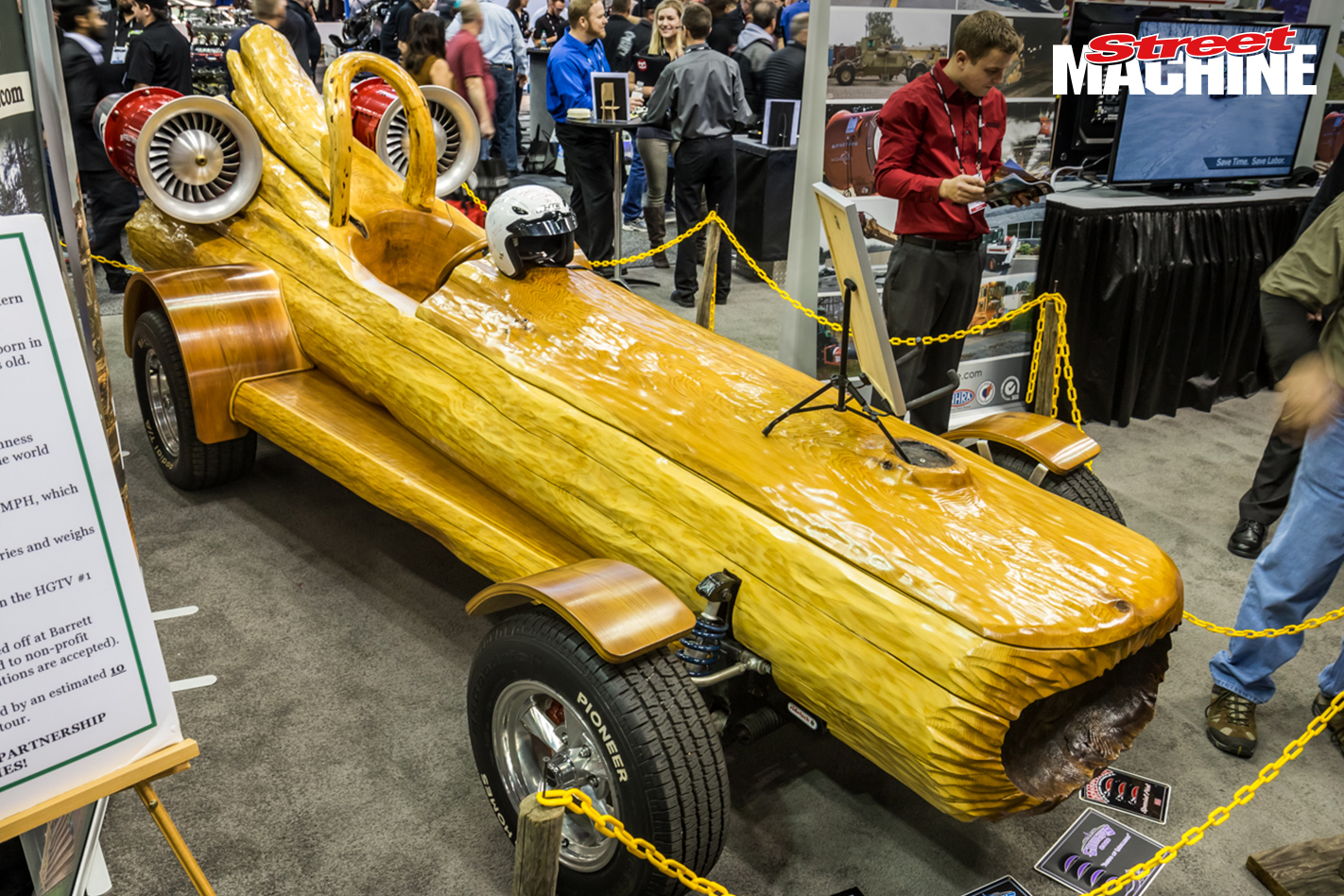 While it might look like a radical Barris-inspired creation from a Whacky Racers offshoot, the Pioneer Cedar Rocket is a legitimate vehicle with a legitimate Guinness World Record as the world's fastest log car. It hit a splintering 74km/h through the traps earlier in 2016 and has since been scheduled to tour around America for goodwill, and be auctioned off at a later date with all proceeds going to US veterans. 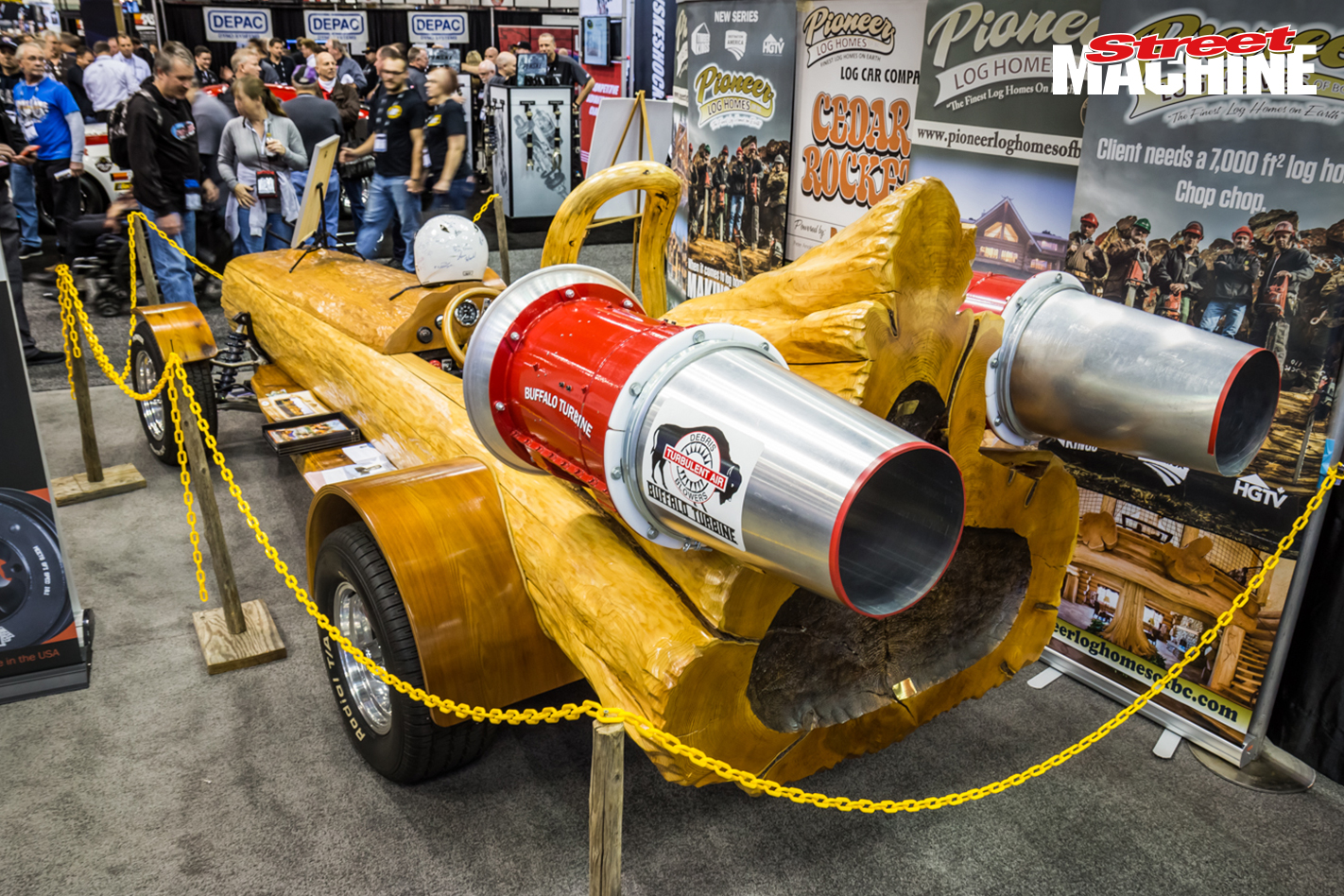 It's an authentic Western Red Cedar tree, and the rings prove it was born in 1776, making the body 240 years old. It sits on a simple stepped frame, much like a Model A Ford, and rolling gear is from a Mazda RX7. It's powered by 8 lead-acid batteries good for 96 amp hours and although the Buffalo turbines make it look like a rocket, they're not good for much when it comes to speed. Though they do blow at 180mph, great for drying your hair in a hurry. 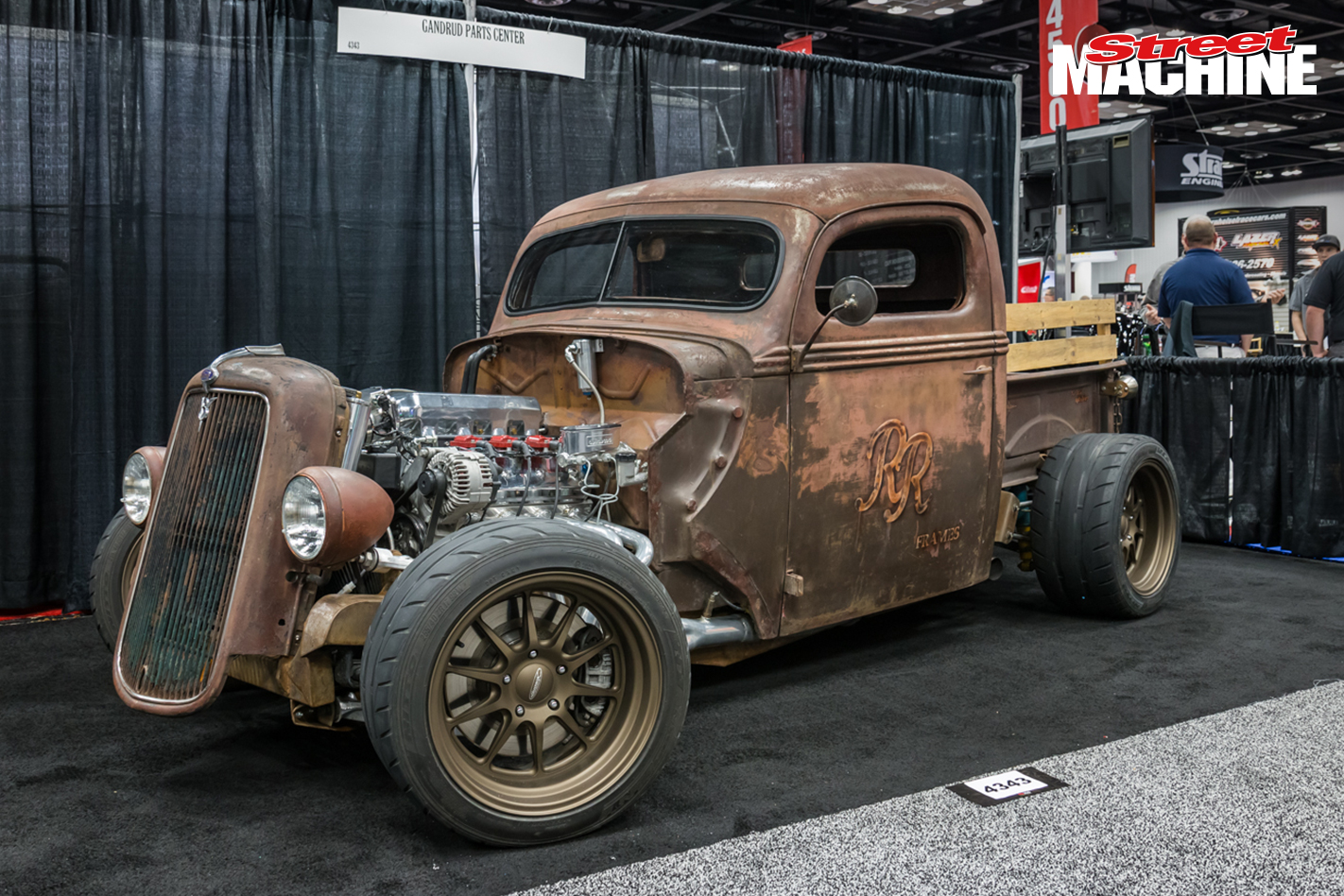 Nineteen year-old Ricky Moore hails from Montana and is part of the RR Frames family that build hi-end bits for tri-five Chevs. His '34 Ford truck was built at home after a friend found the car in a paddock. Ricky chopped the roof 3.5in, channeled the cab 8in and rebuilt the floors and subframe as well as beating out a nasty dent in the roof from a former life. 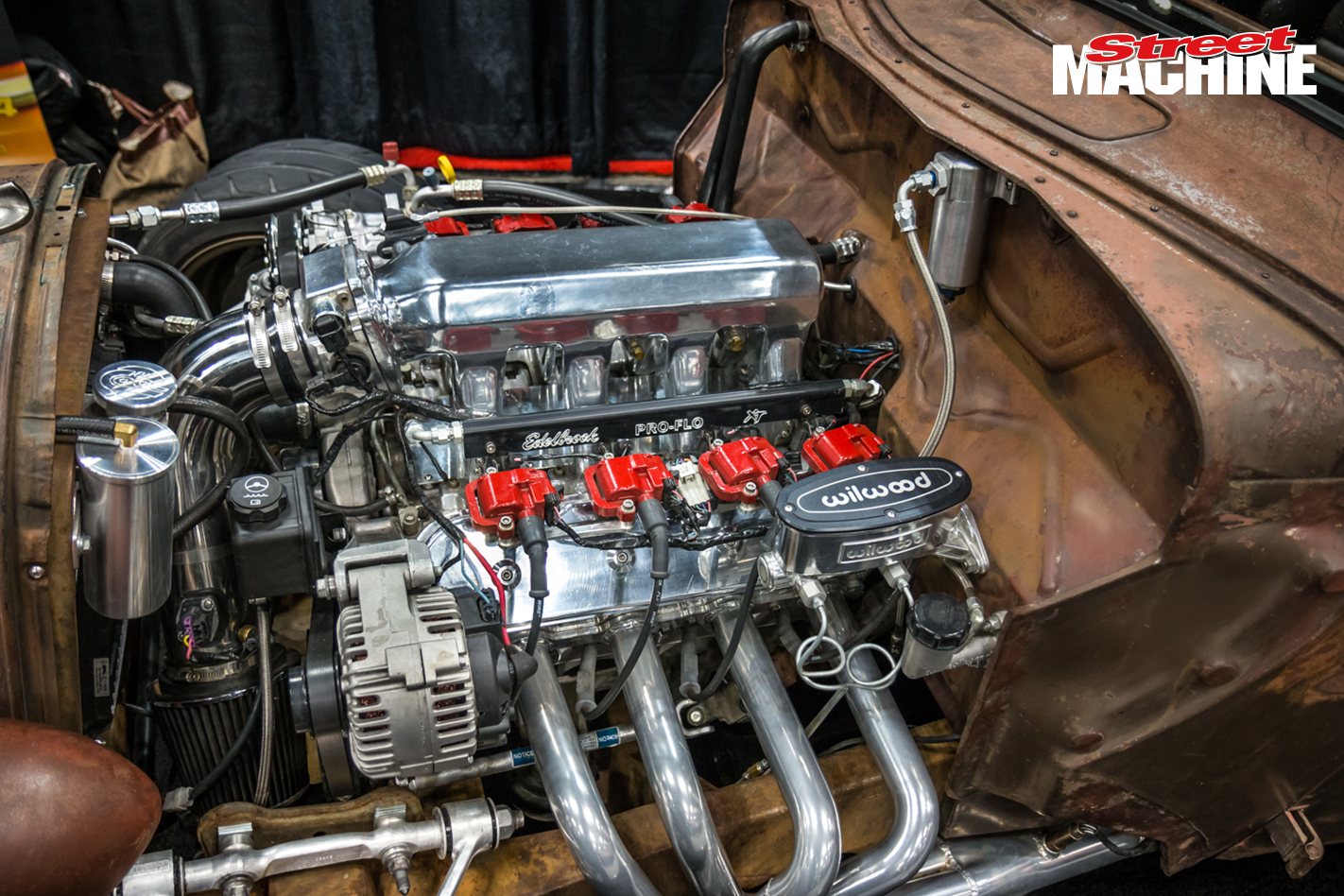 It's powered by a 500hp LS1 with Edelbrock ProFlo fuel injection and drives like a go-kart thanks to C4 Corvette suspension. It's got A/C and a stereo and it's all kosher with the road police, and Ricky has already racked up over 4,000 miles since completing it earlier this year. Oh, the only problem was a tail light fuse that blew. 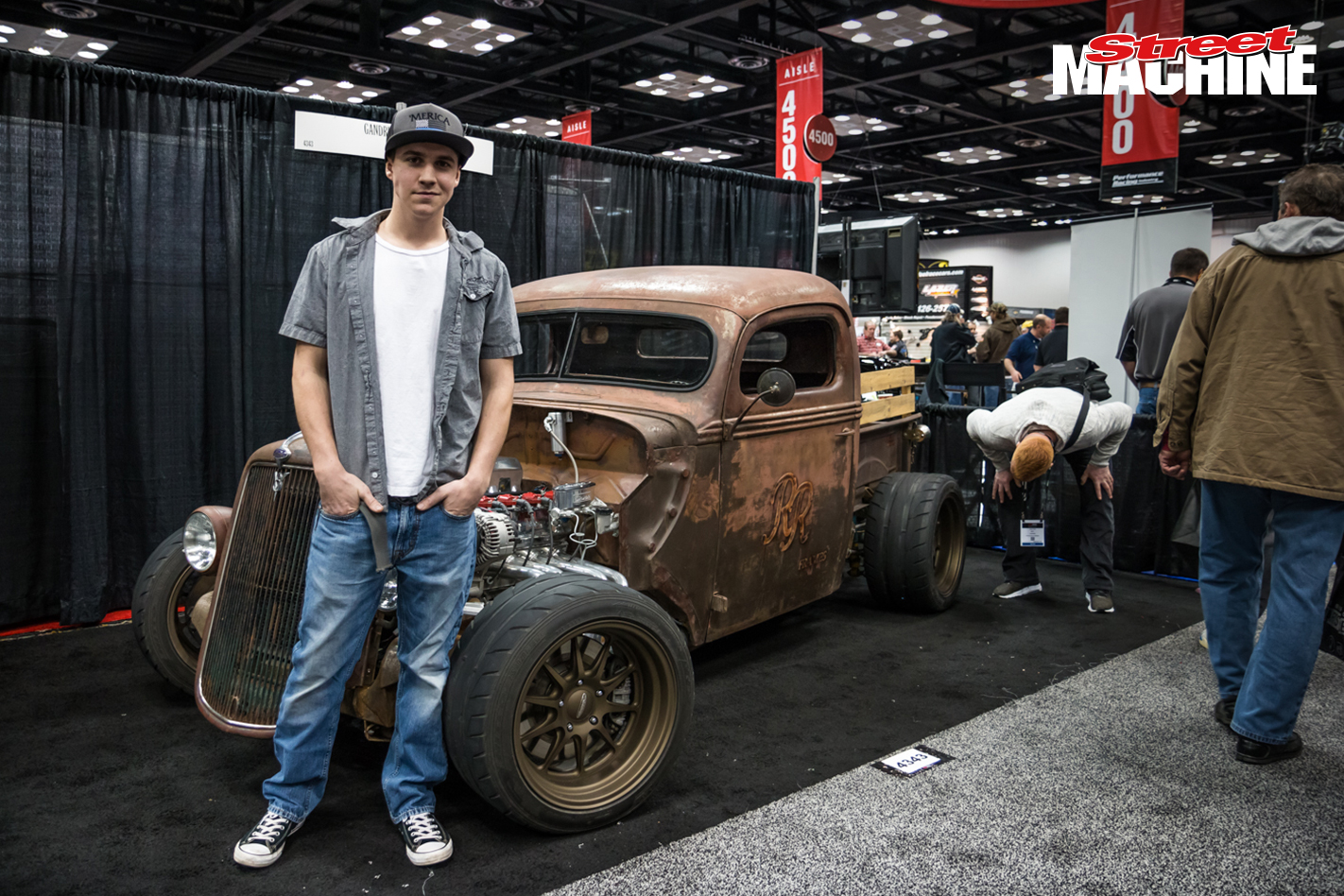 "I made it a usable rat rod, it's street legal, fuel injected and reliable. And I don't have to worry about someone scratching it!" Ricky explains. He's built it himself with the help of some mates, including the quality stitch work on the Honda Civic seats and the rest of the interior. Given his precocious abilities, Ricky is already looking forward to building something new, "Hmmm, might be a '56 Chevy with twin turbos," he shrugged. 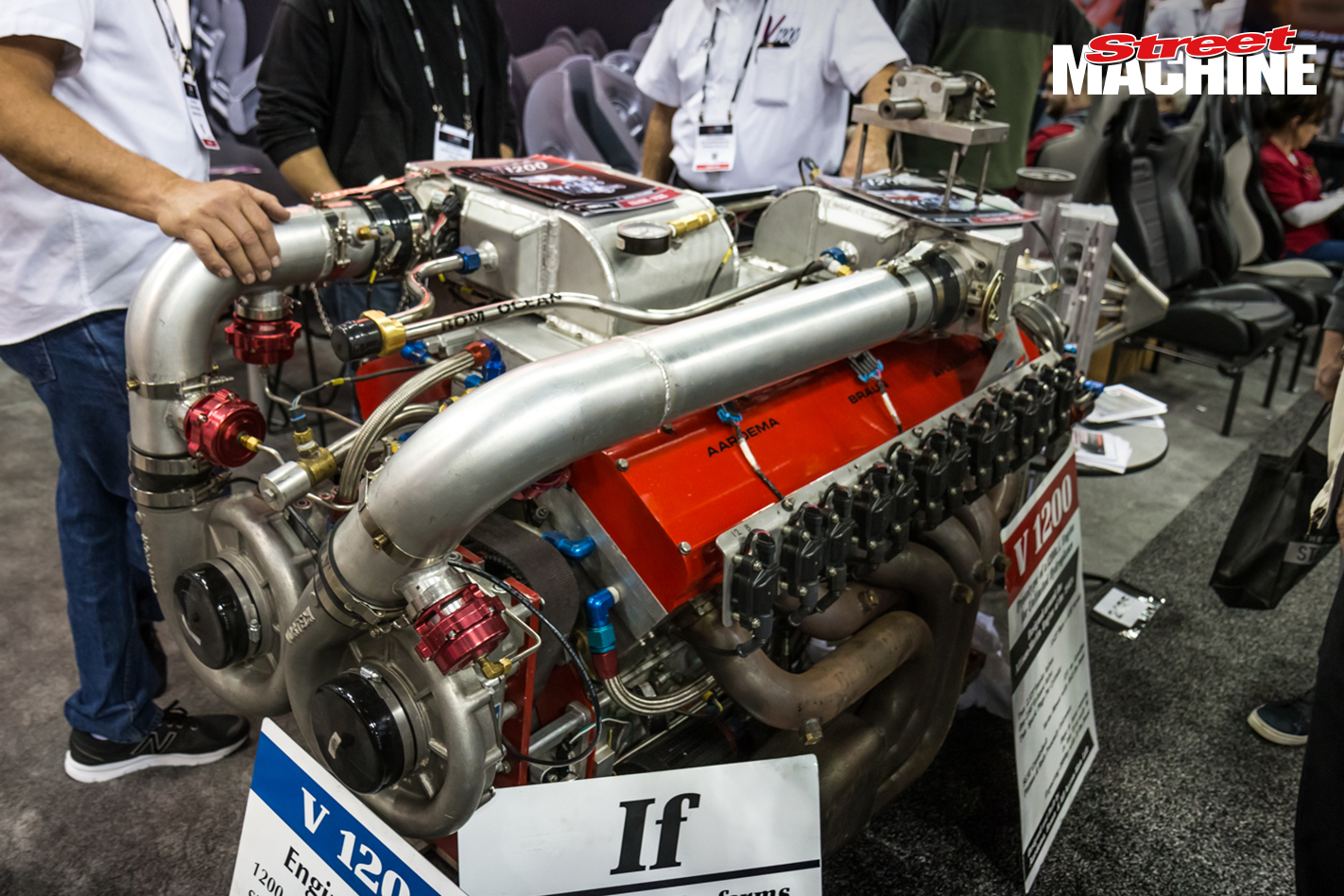 When it comes to thinking outside the box and putting out mass horsepower, Pete Aardema and Kevin Braun have made a name for themselves with countless Bonneville land speed records and have now created an insane 1200-cube V12 monster based off a 1940's Allison-Merlin aeroplane engine. Its a single overhead cam V12, made up of four separate three-cylinder heads, with three valves per cylinder (two intake, one exhaust) and two spark plugs per cylinder. 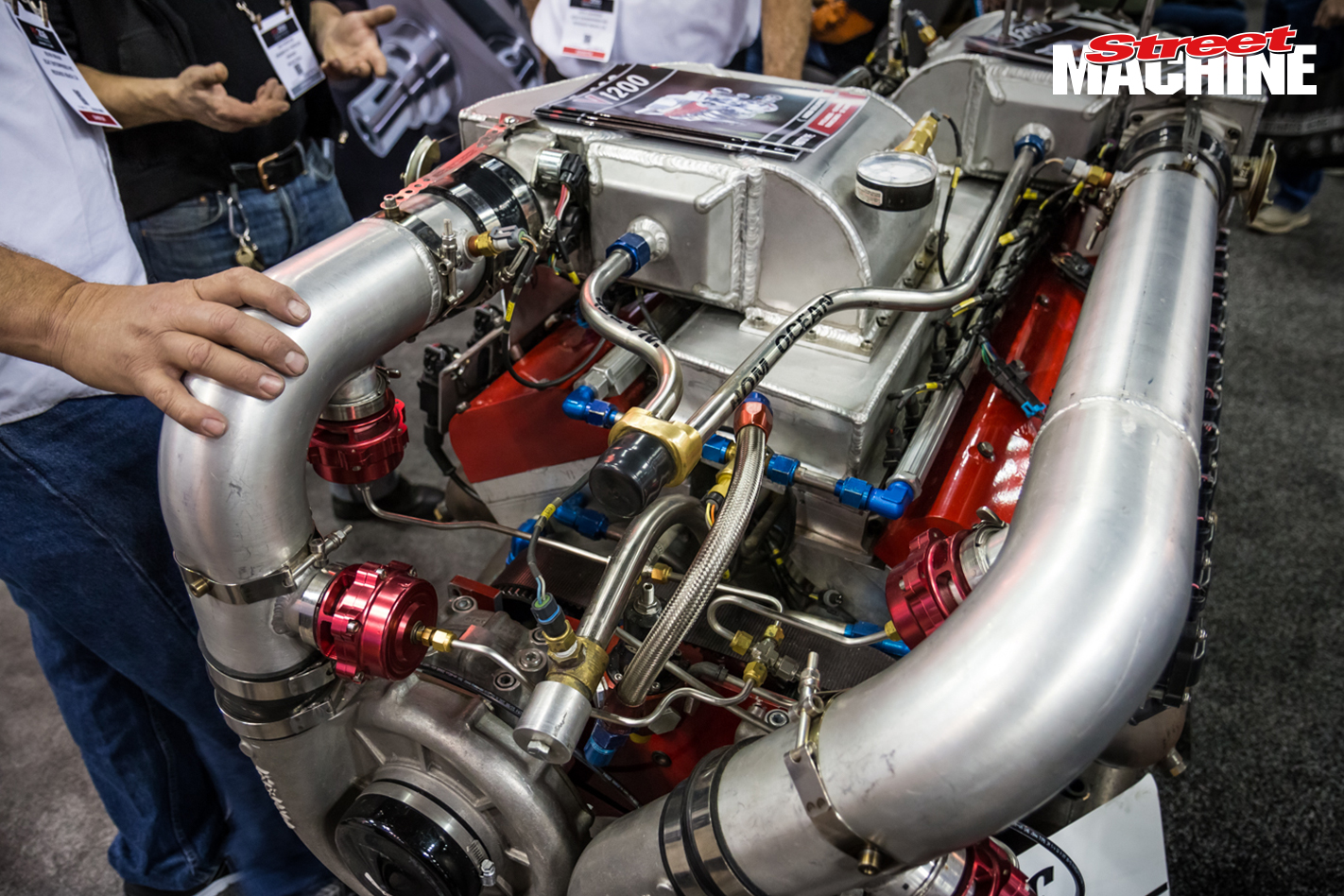 "We need to make 3000hp to be competitive in Unlimited Hydroplanes," Pete explains. The given setup looks to be fruitful for the numbers he needs, considering it's set it up to run though fuel-injection and two Vortec blowers on about 15lbs of boost. The hydroplane world uses mainly turbine engines to generate the insane power needed to power the boats, but Pete says they're heavy and expensive, and using Allison engines or similar used to be the better alternative. As time rolls on and more Allisons are thrashed out, engines like the V1200 could be a much more suitable alternative to the pricey turbines. 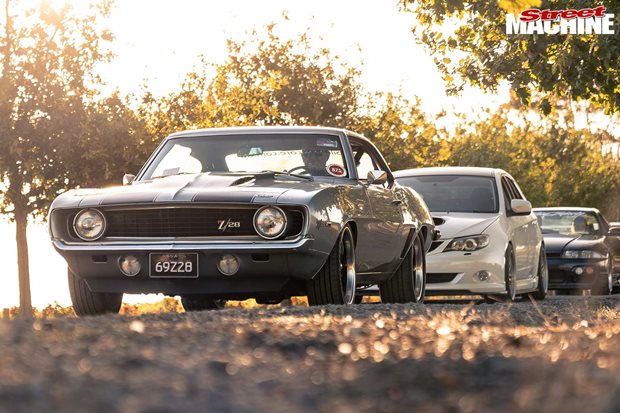 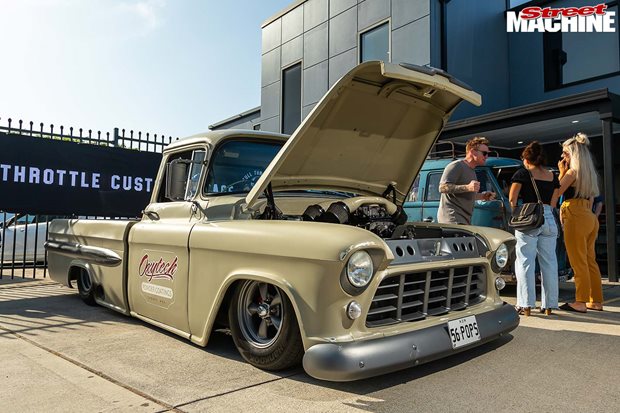