WITH 14 years under its belt, the Kustom Kulture Weekender has become a mainstay of the annual Adelaide Fringe festival. Over three days and nights, this year’s event managed to cram in rockabilly, punk and ska bands from Oz and overseas, burlesque performers, a pin-up comp, a range of visual artists, and of course, what we’re all here for – hot rods, customs and bikes.

“Ten years ago I wondered how to get cars here; now I wonder how I’m going to get more room to fit them all in,” said KKW committee member Raymond P Moondog. 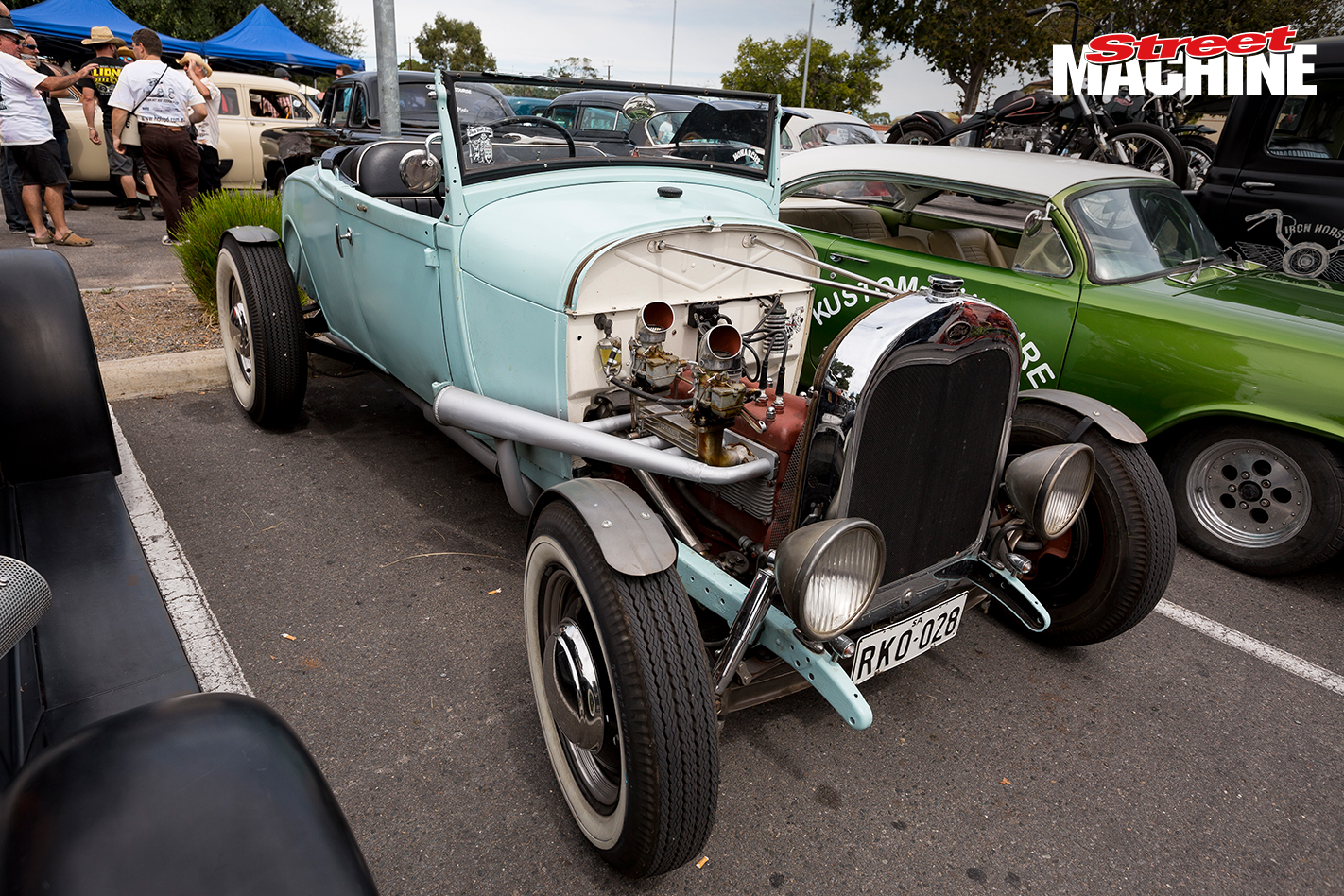 His own ride is this ’28 Ford roadster, with the original 204ci sidevalve four-banger sporting twin large-logo Stromberg 81 carbs.

Ray’s job is to sort out the artists, vendors and the hot rod and custom show, and he’s one of four blokes on the Kustom Kulture organising committee – each of them a car enthusiast.

“We originally did [the KKW] to complement the Adelaide Hot Rod Show,” KKW venue organiser Damon O’Connor said. “When that fell over, we added cars and made it a weekender.” 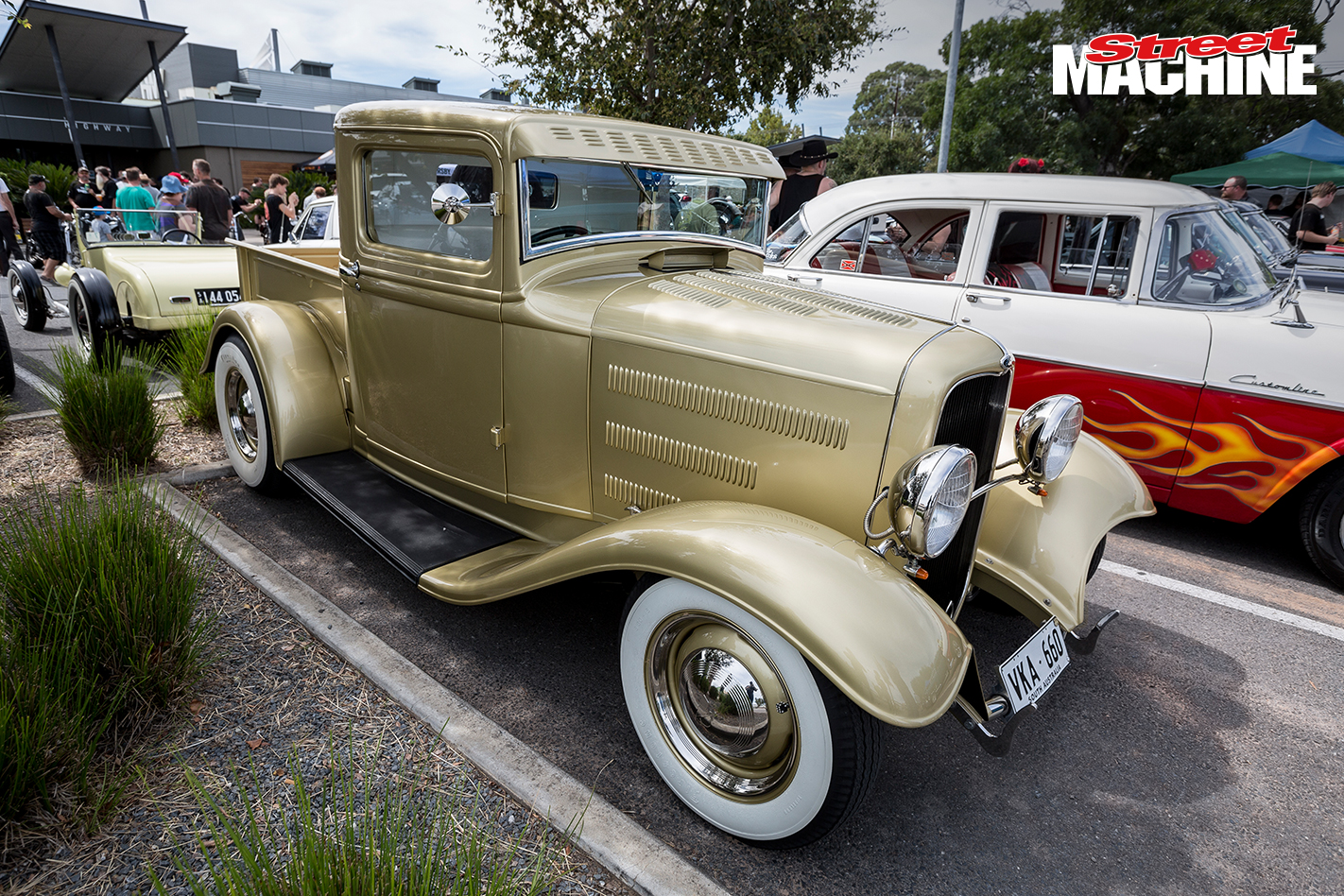 Here’s Damon’s ’32 Ford with A-model pick-up bed. “It’s a mid-60s-style car,” he said. “The gold colour mimics gold jewellery – colour was a big thing back then. I’ve had it on the road for about five years and I drive it to work most days.”

Rounding out the committee are Francis Macri of The Saucer-Men and Steve Mitchell of The Satellites. As you’d expect, these blokes know their music, and make sure the night-time shenanigans are full of amazing acts. This year’s bill included The Bellfuries and The Mummies from the USA, along with a host of local and interstate acts. 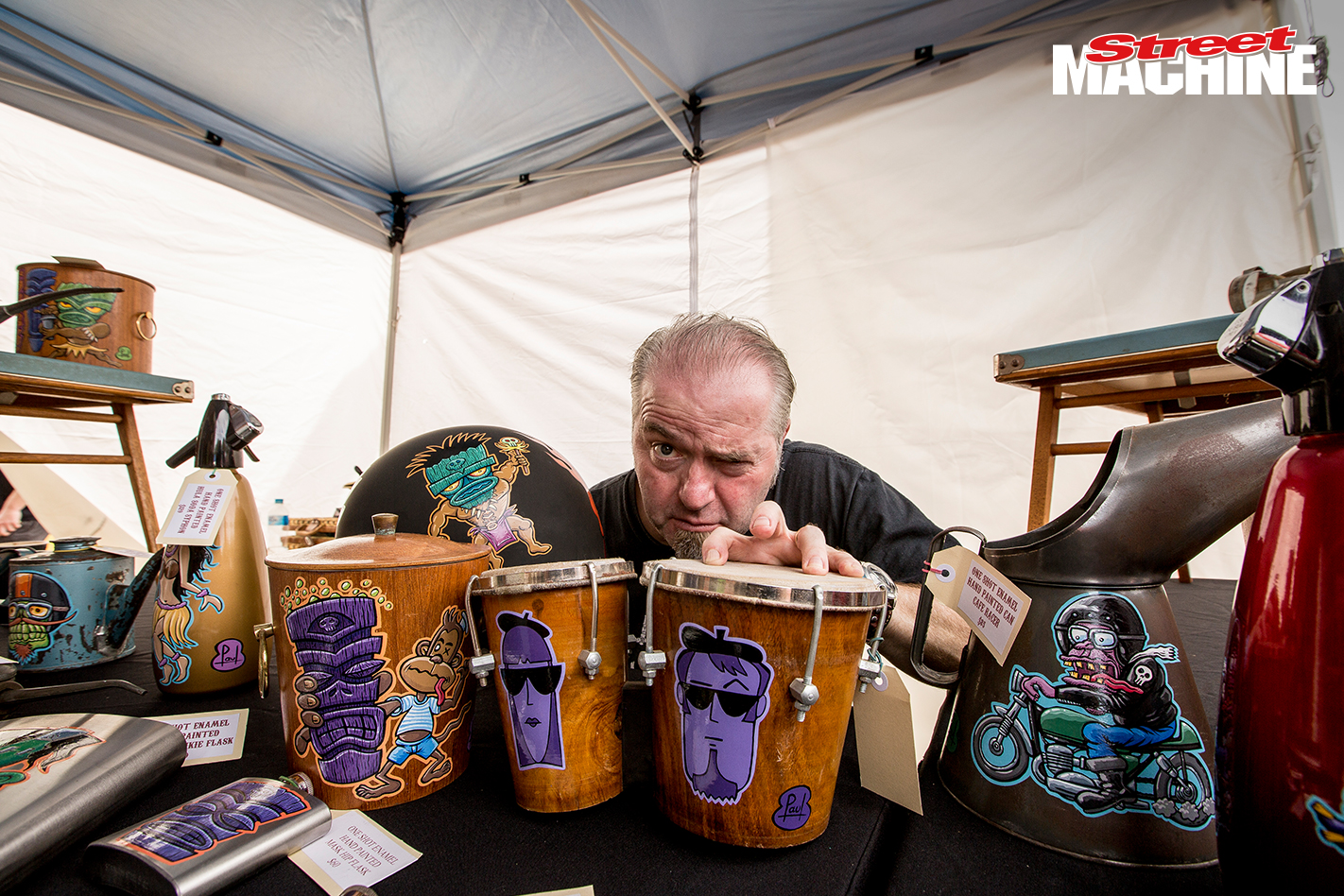 Paul Hughes is this year’s KKW feature artist. He’s been doing art since he was a kid, but has only made it a full-time gig over the past decade. “I took a redundancy 10 years ago and started doing enamel about eight years ago, after winning a comp with my first attempt at painting with it.”

Paul attends a heap of Australian car shows and does the artwork for Camperdown Cruise. Recently he’s had a slightly different commission: “I’ve just completed six designs for AussieBum swimwear. They’ll be featured on boardshorts, with the launch in Miami soon.” 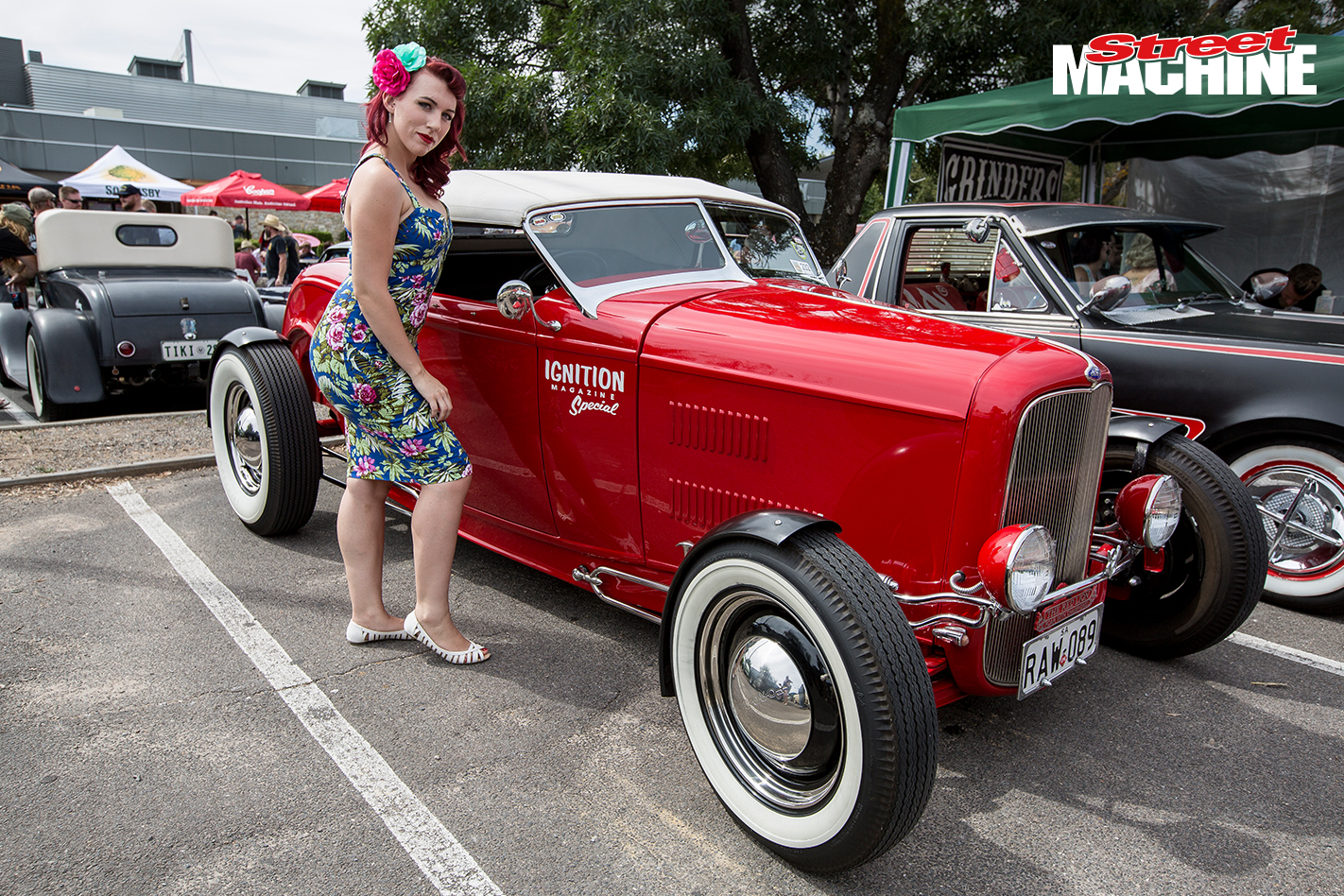 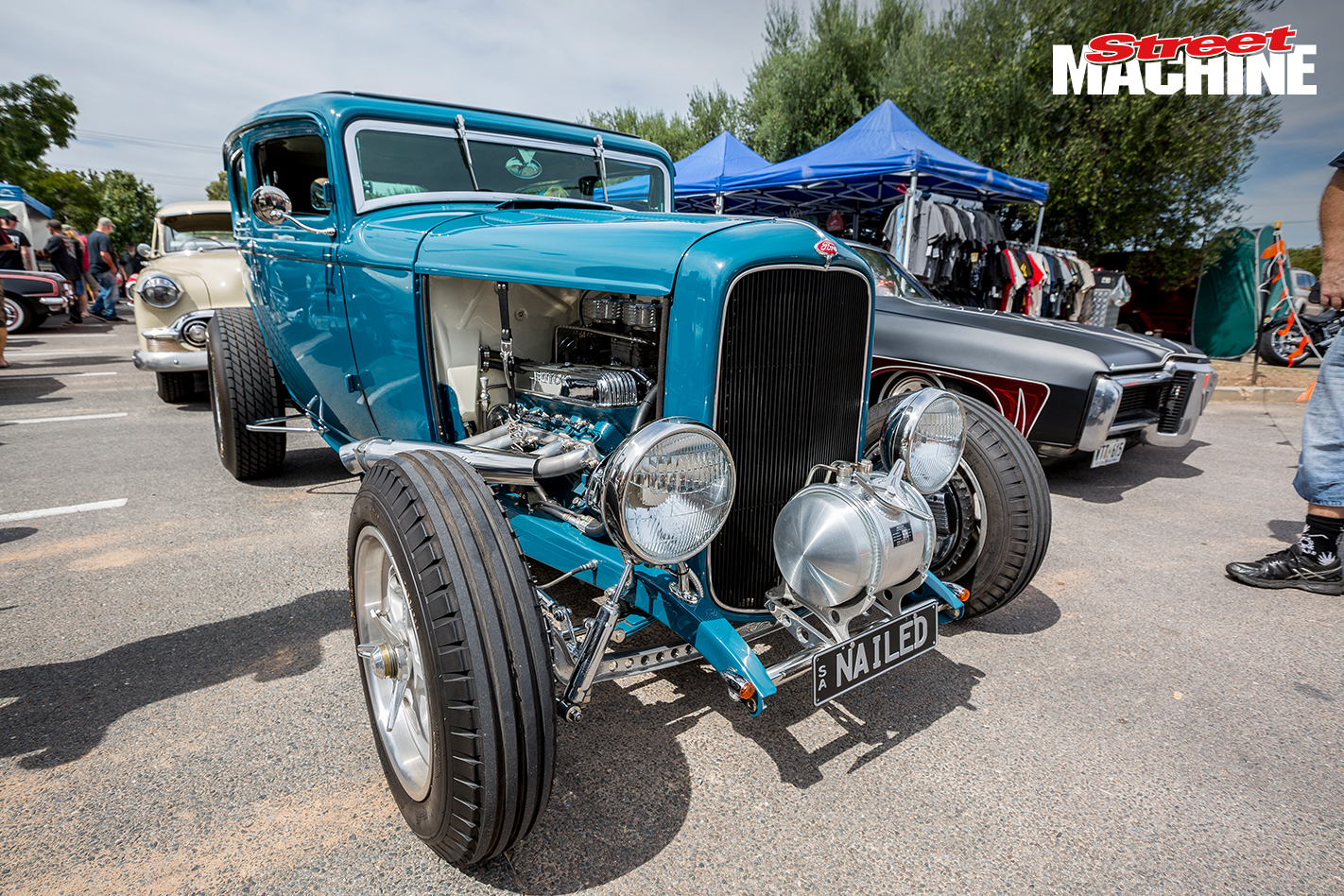 Recently regoed, Tony Jenkins’s 425ci nailhead-powered ’32 tudor is superb. Tony’s great attention to detail and cut-no-corners attitude has resulted in one of the best traditional rods in SA, if not Australia. 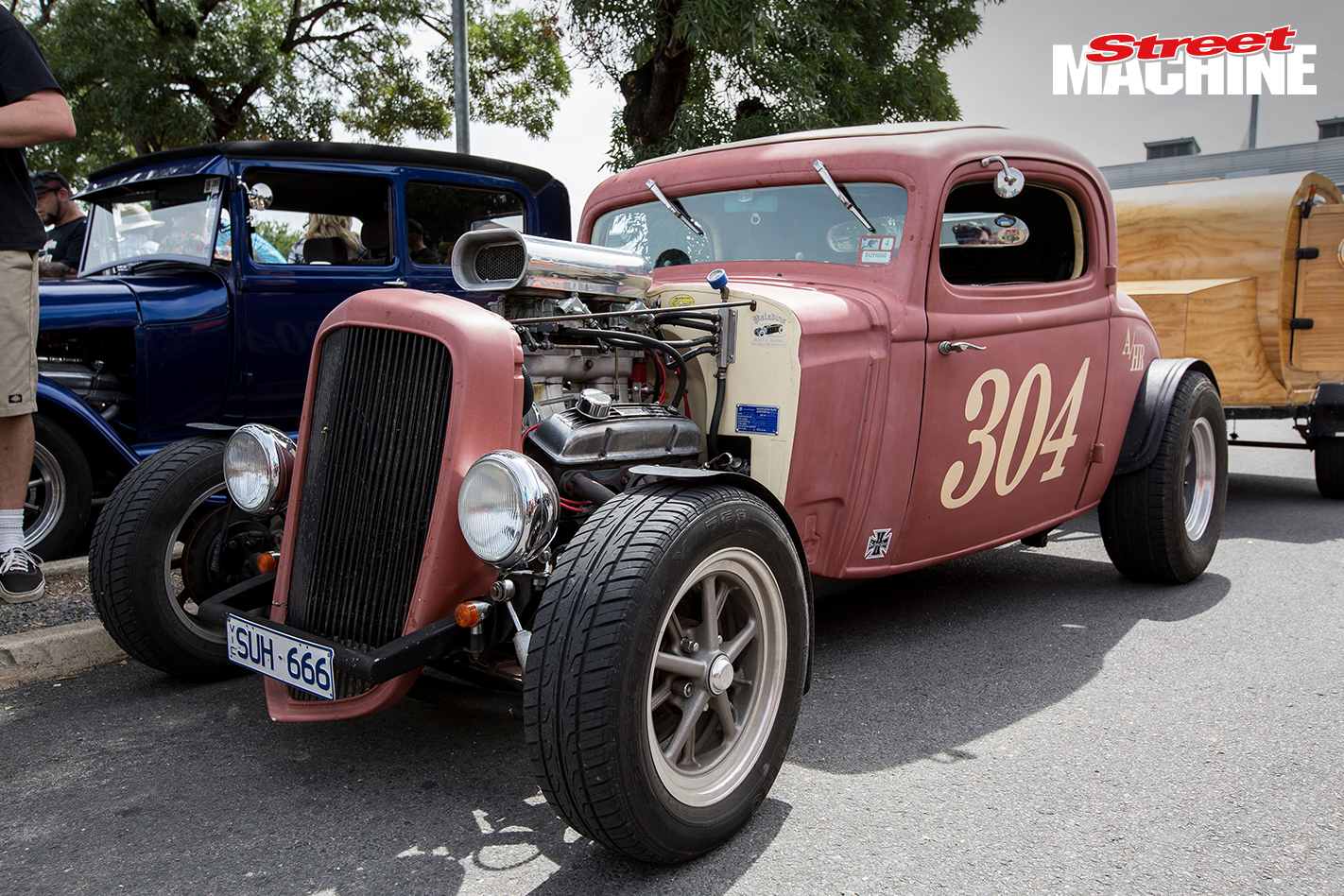 A race-spec ’33/’34 Ford coupe towing a teardrop trailer – don’t mind if we do! This set-up screams freedom: rock up to the strip, with your bed and spares towed behind. 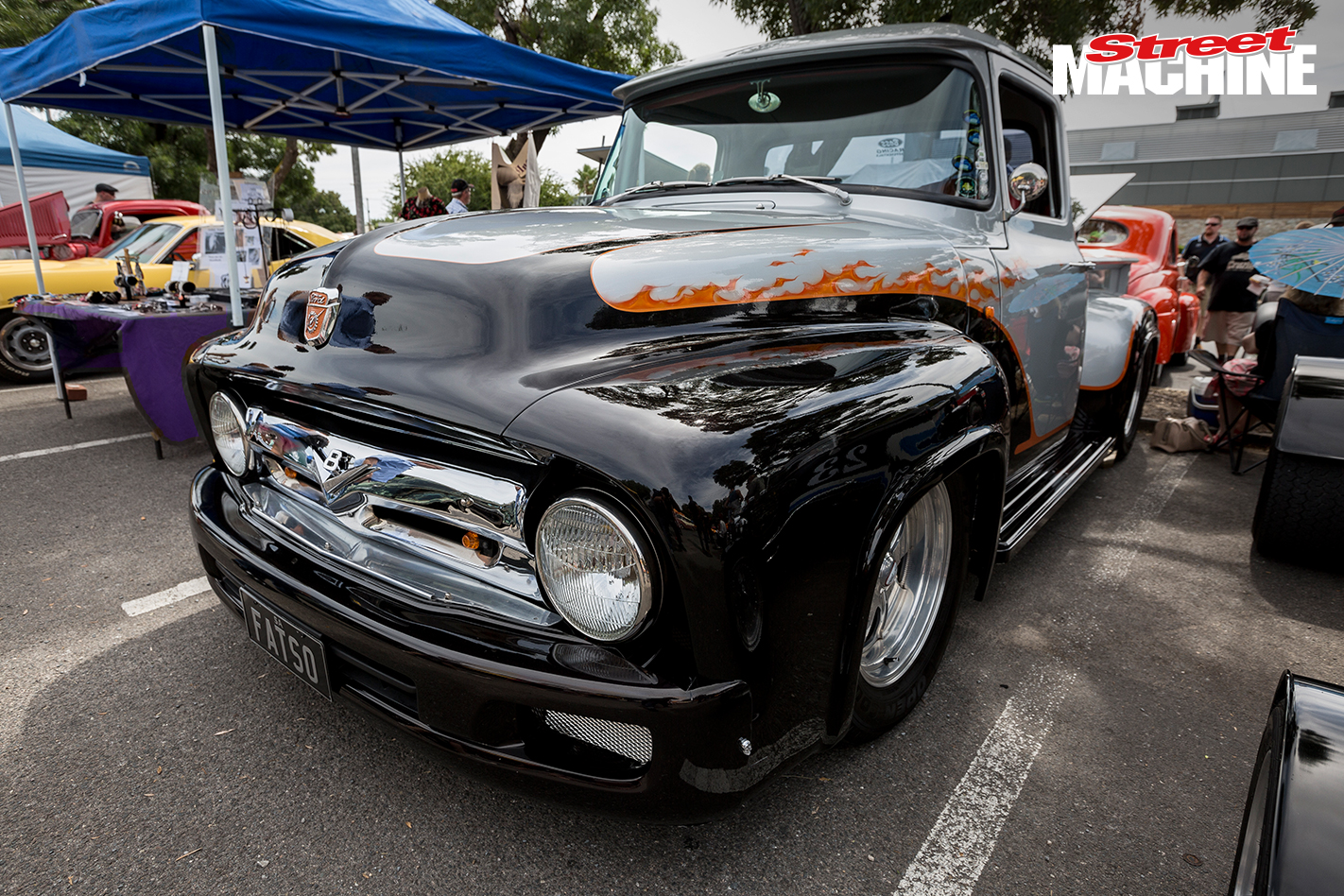 Kevin Beckett, president of SA’s Southern State Street Rodders, regoed his stout ’56 F100 back in 2008. “It was originally built in Queensland, but we needed to re-do the running gear,” he said. Under the tilted front is a 355ci Ford donk, back by an FMX trans with 3500 stall and a Truetrac nine-inch with 3.7s. The stomper rims are 18in Boyd Coddingtons. 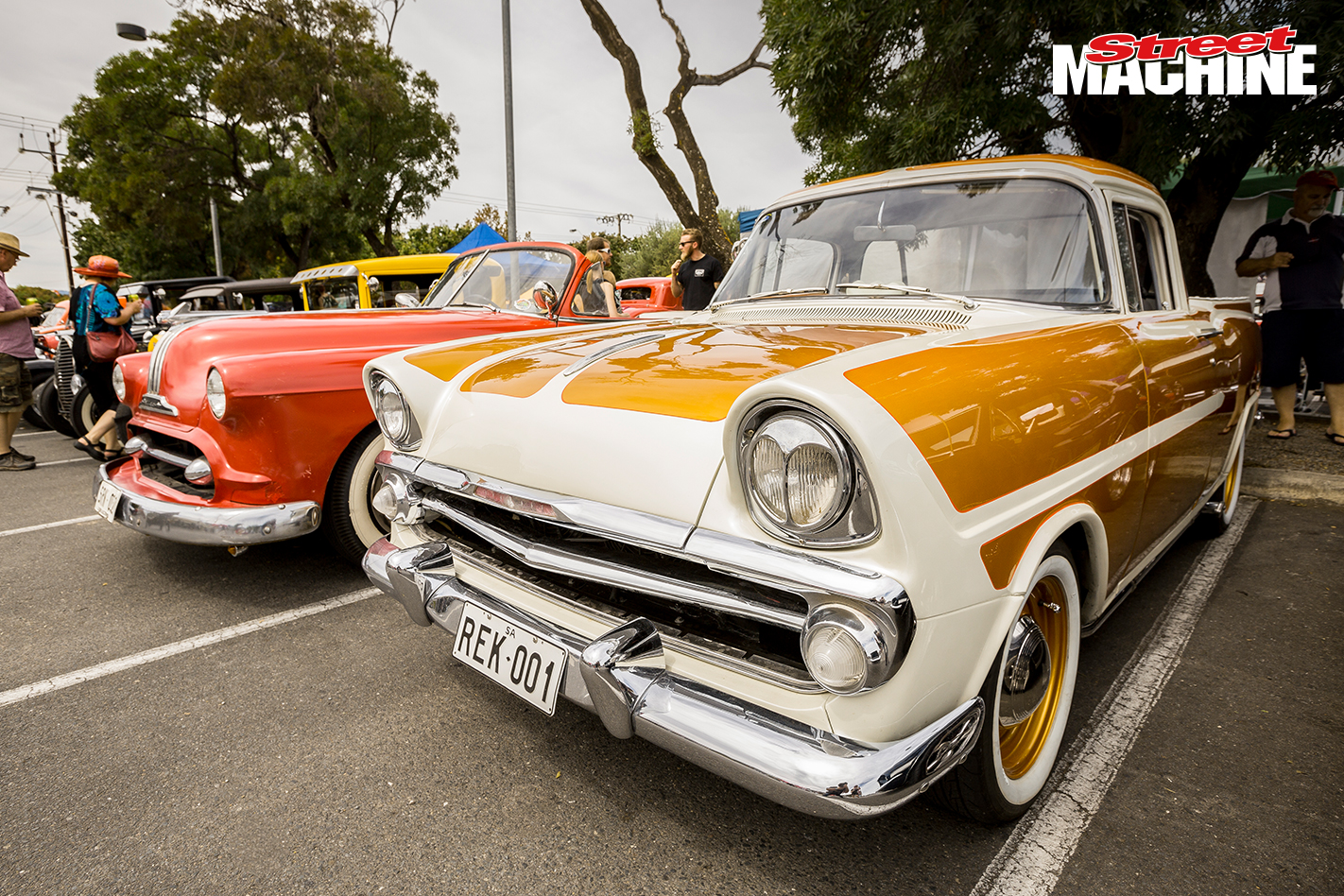 This spectacular EK ute features a custom grille, lakes pipes and scalloped paint, finished off with a nicely tweaked interior. 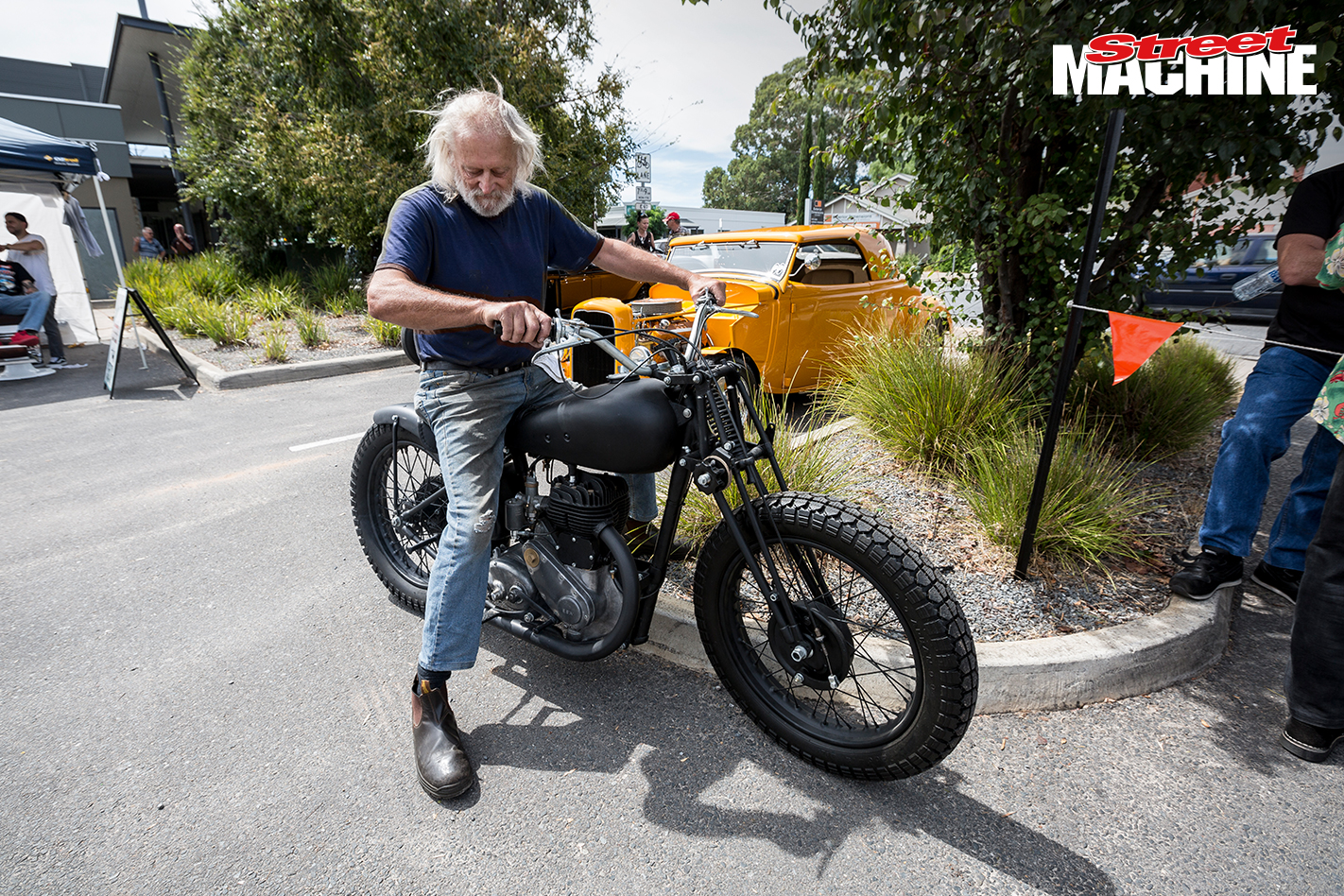 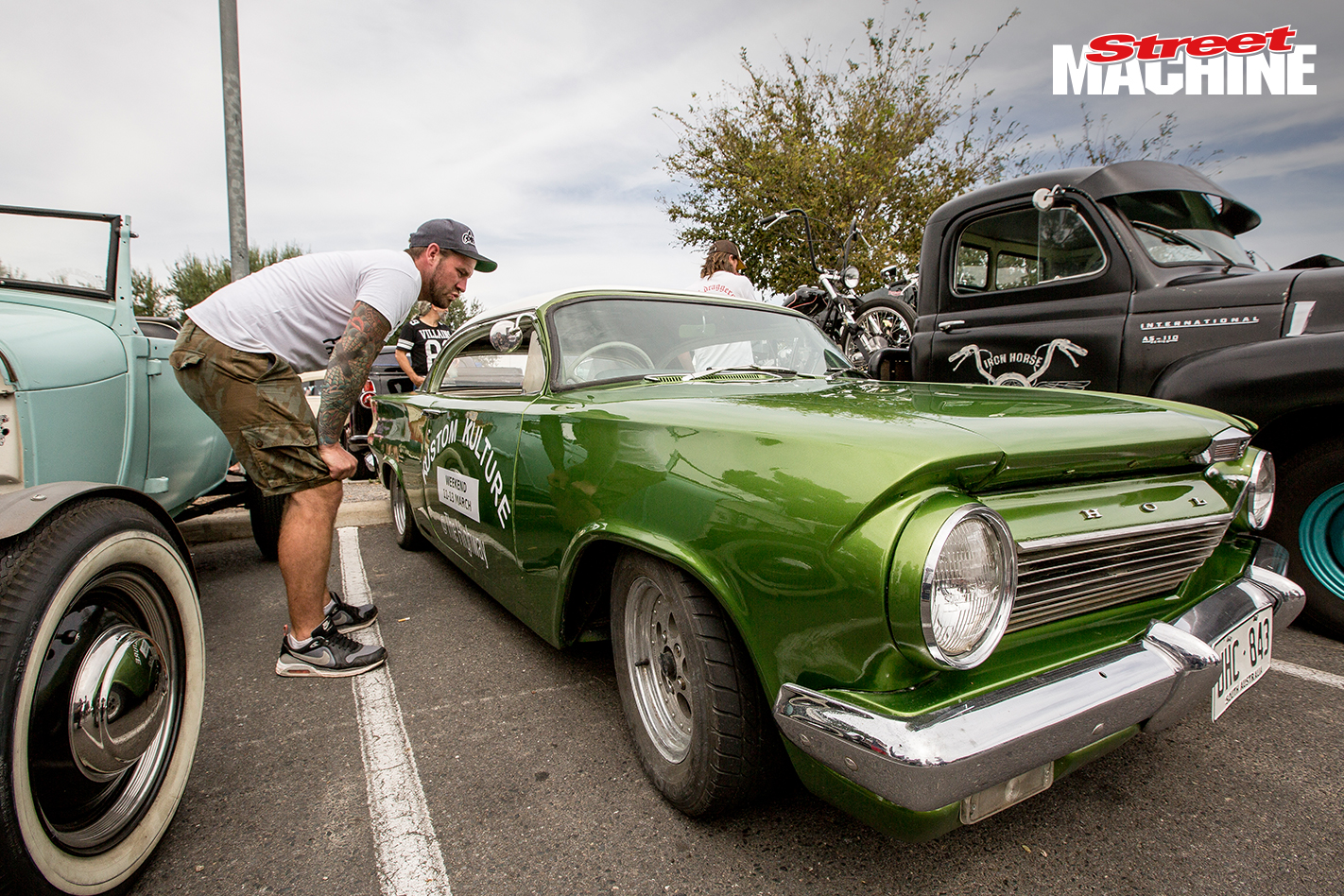 This is Hugo Halls’s Hothouse Green EJ convertible. “I built two of them 26 years ago, and sold them. I bought this one back three months ago,” he said.

If you’re keen to head to Radelaide for the 15th KKW, keep checking the Kustom Kulture SA Facebook page for all the info. 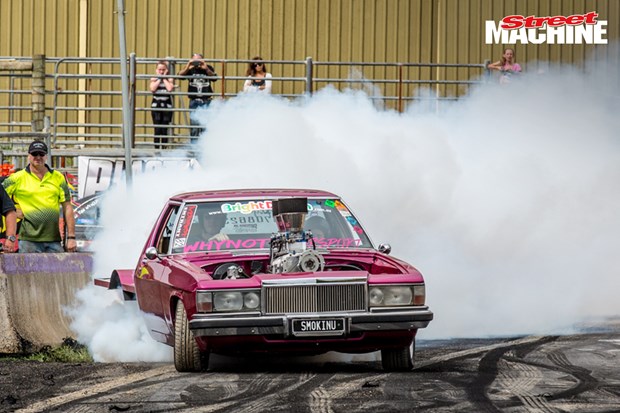 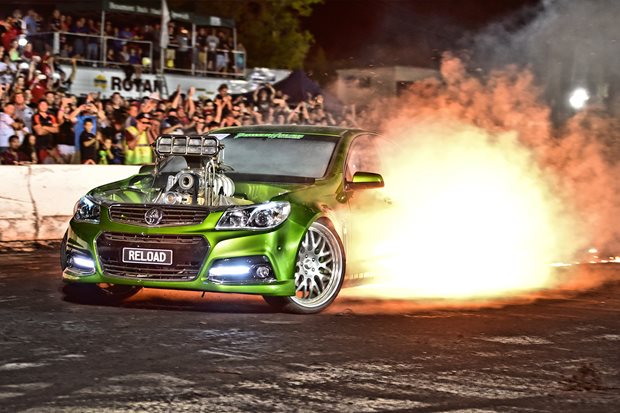 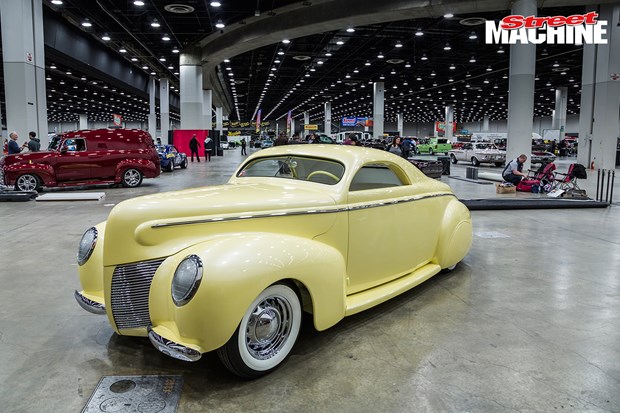 TOP 10 RODS AND CUSTOMS OF THE DETROIT AUTORAMA 2016