FOR panel vanners, the Victorian town of Moe was the place to spend Easter this year, as the town played host to the 41st Australian Van Nationals. Organised by a dedicated crew of independent vanners, the Nats brought together some old favourites and a number of new vans, all enjoyed within the lush surroundings of the Moe Racing Club. 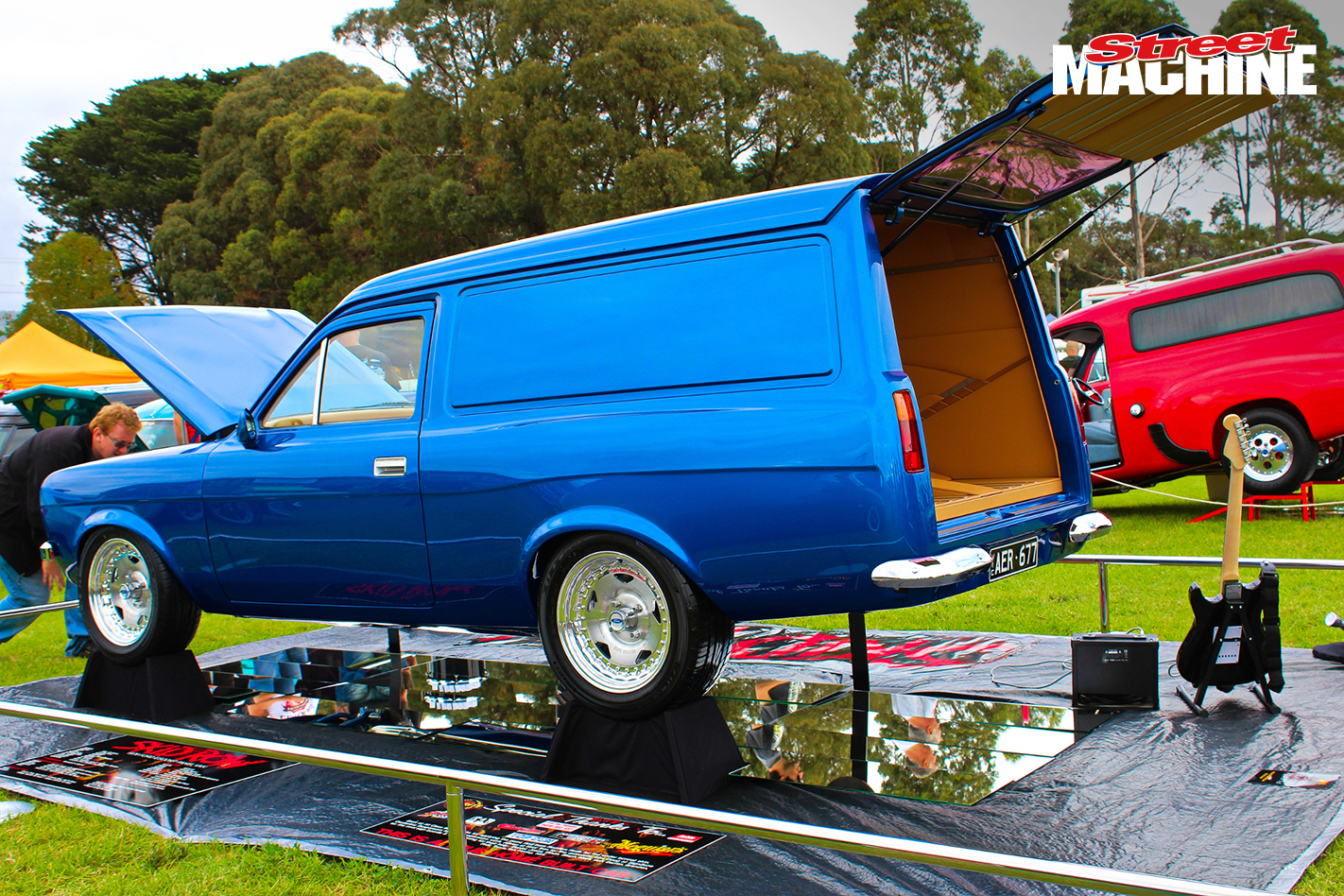 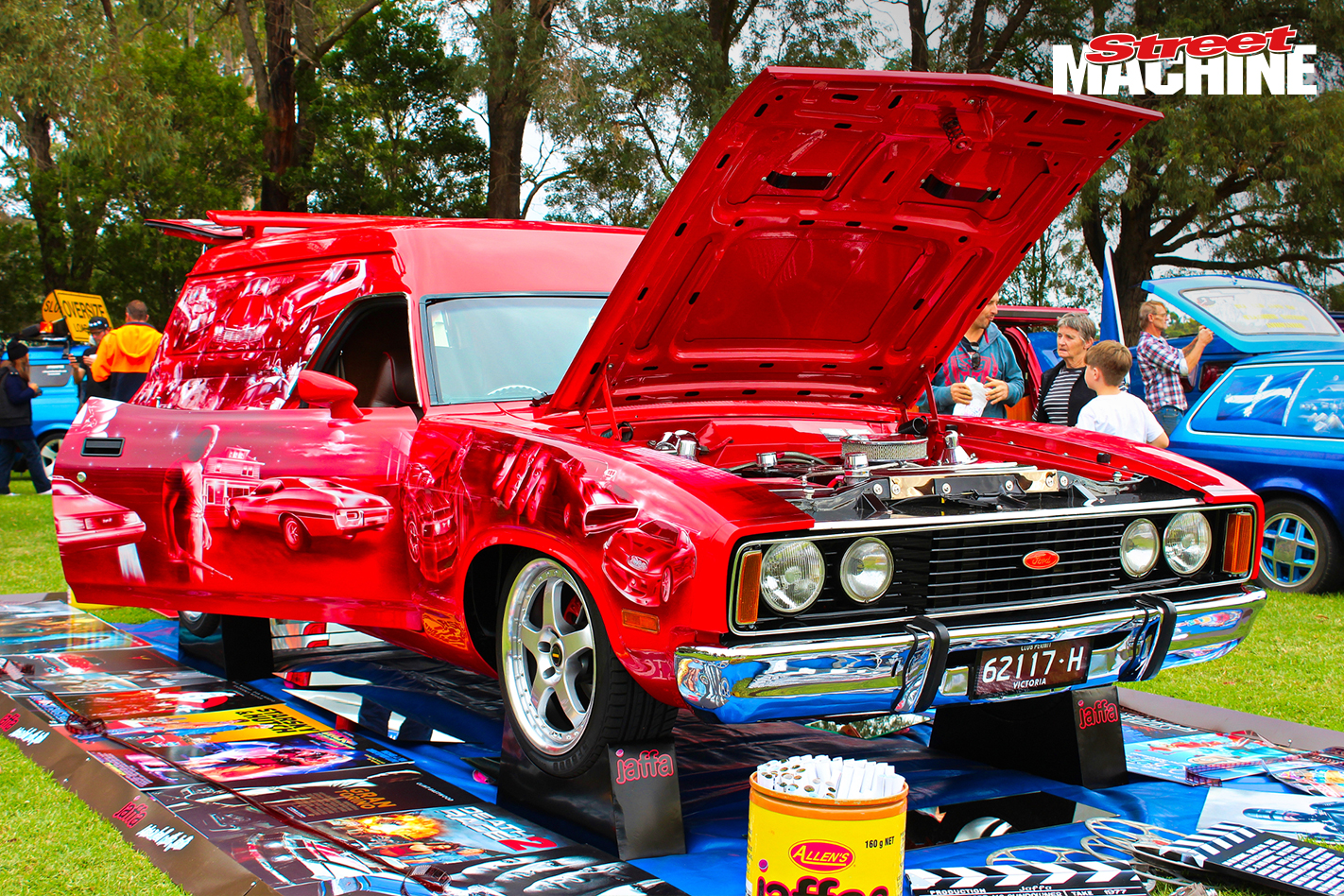 The perfect blend of old and new styling cues, and with an awesome movie-themed display, Frits Pel’s Jaffa XC is a crowd-pleaser. Frits picked up seven awards for his efforts, including the coveted Vanner’s Choice Award and top spots in the Medium Van and Mural categories. 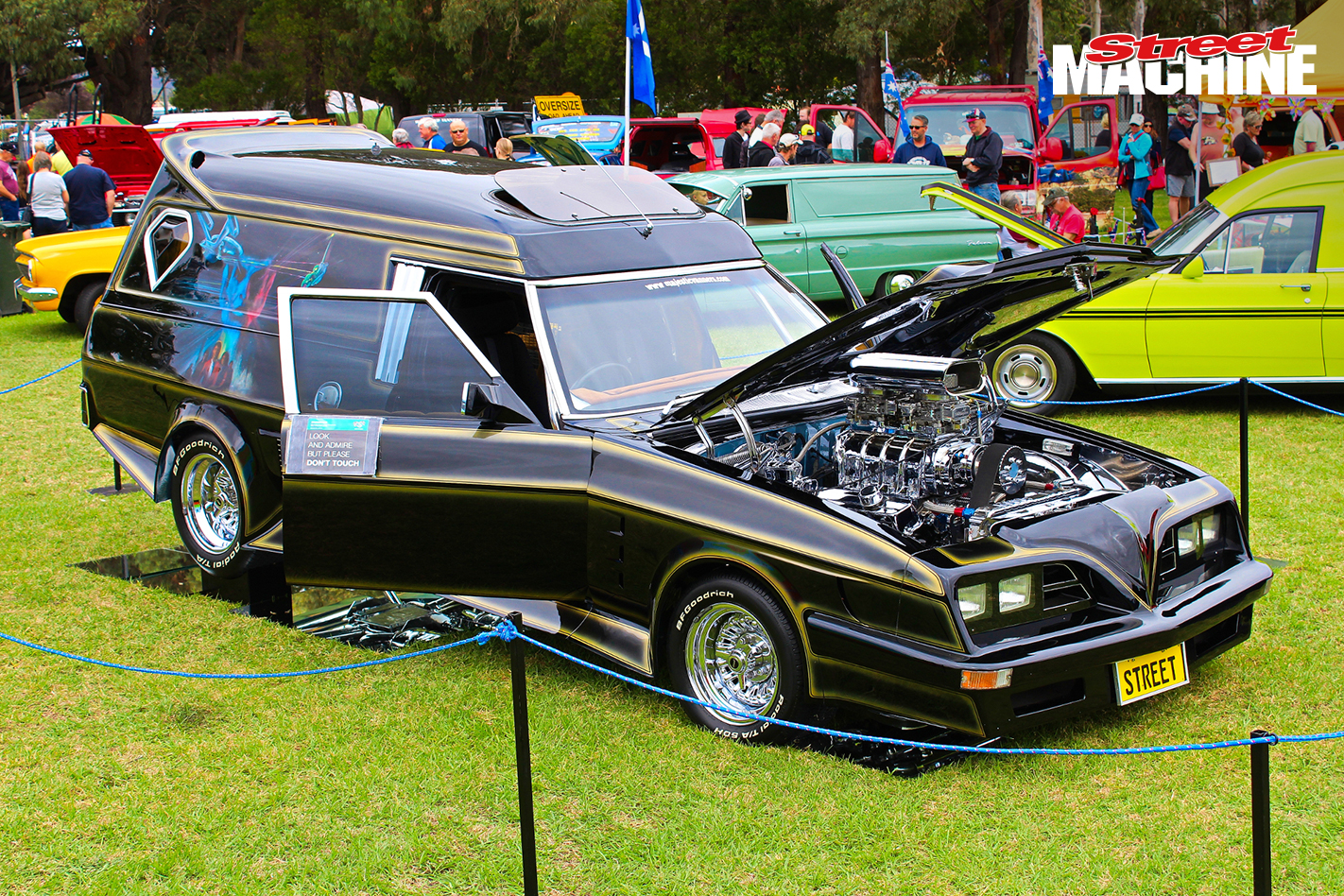 Brett and Mandy Hansford’s legendary Street Legal is an education in custom vanning and after 30 years it still has what it takes, winning 3rd Top Australian Medium Van. The blown 308 Holden donk, M21 and Jag rear are detailed to perfection, while its gold crushed velvet interior is iconic. 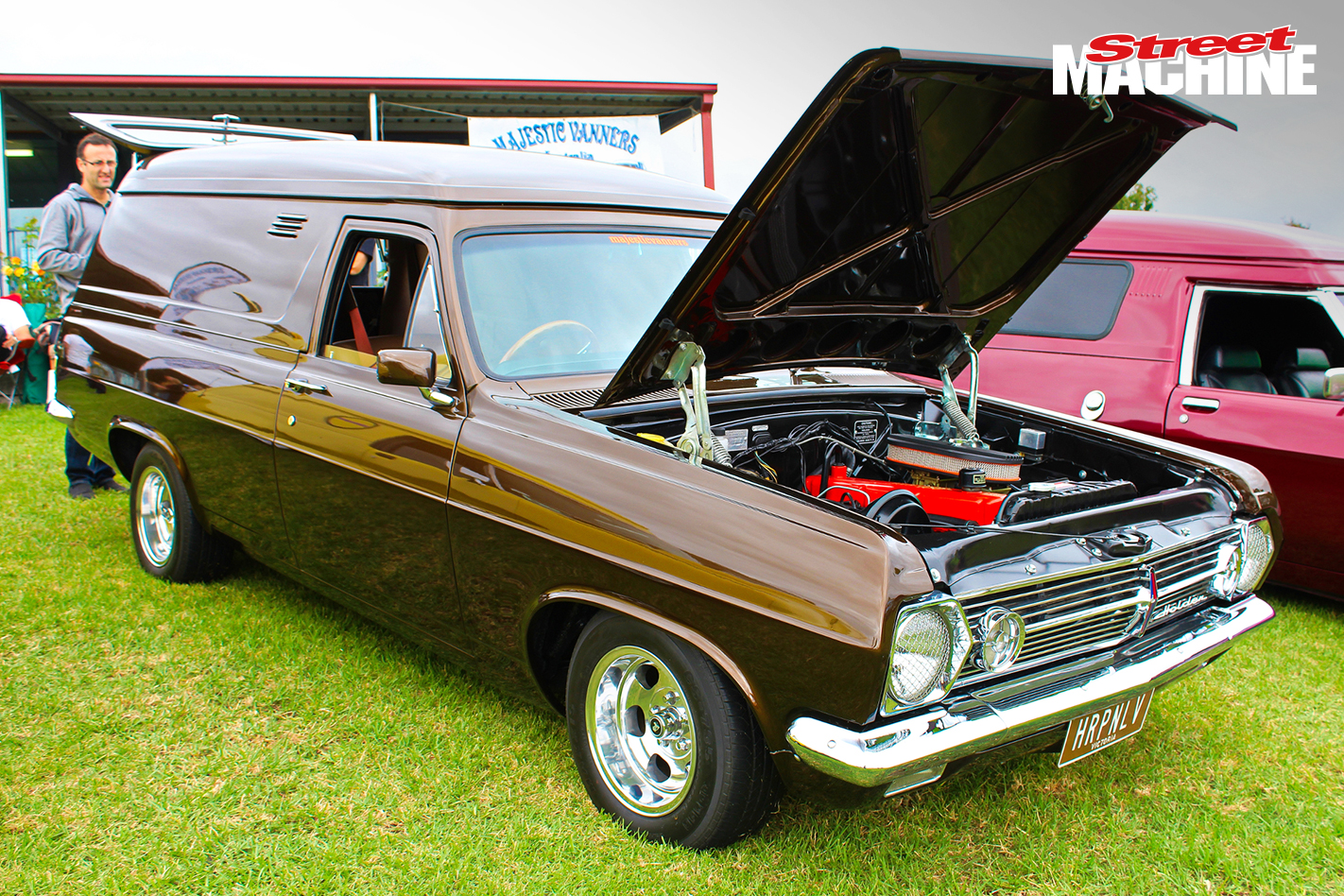 Allan Marshall’s X2-spec HR Holden is a fine example of a period-correct Australian panel van, right down to the HD front pan and jellybean mags. 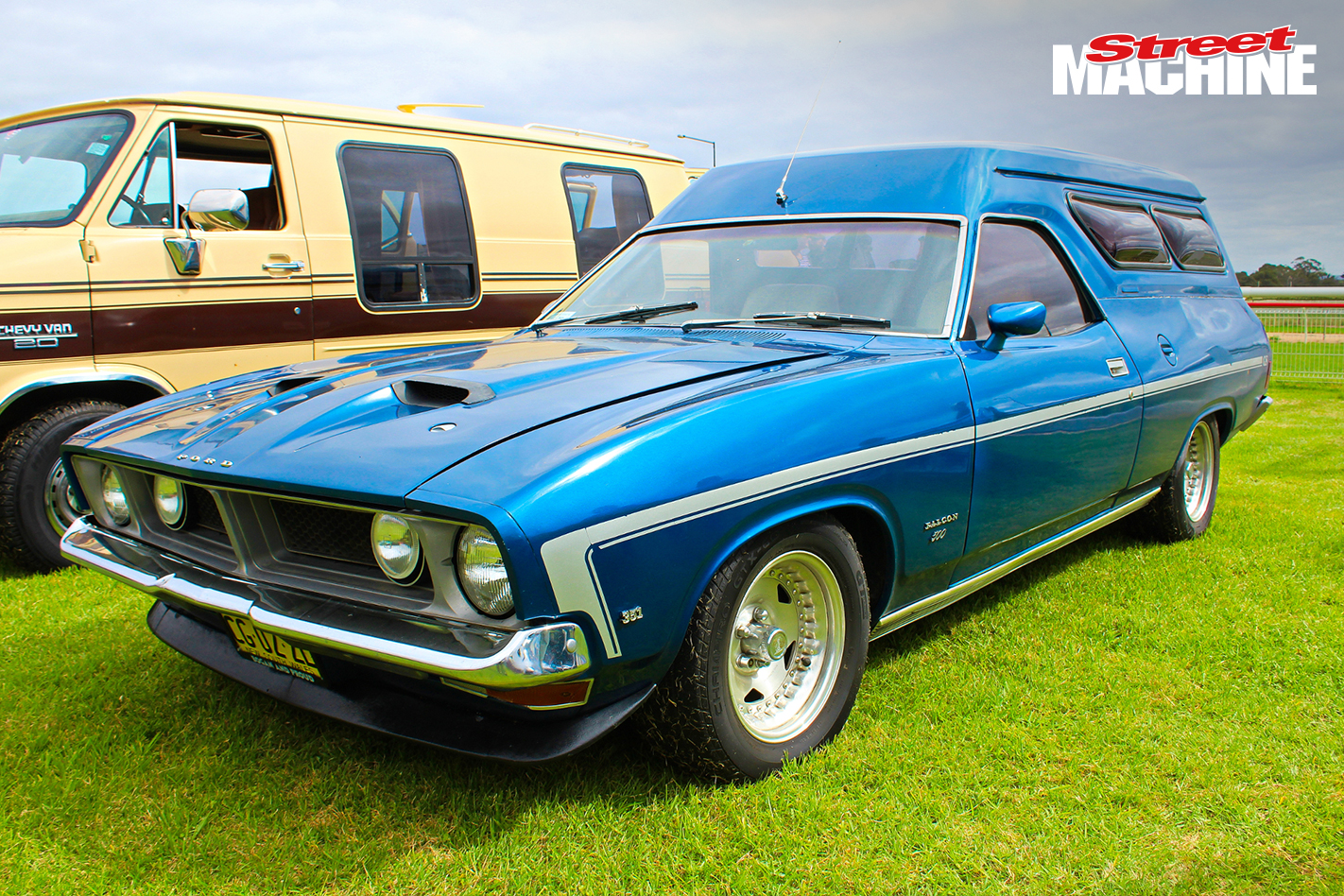 Vans like this blue XB GS Falcon were once a common sight on Australian roads, and it’s great to see them making a reappearance. The chin spoiler, centre aerial and bubble windows are neat touches and prove you can build an individual ride without copping too much wrath from the anti-custom brigade. 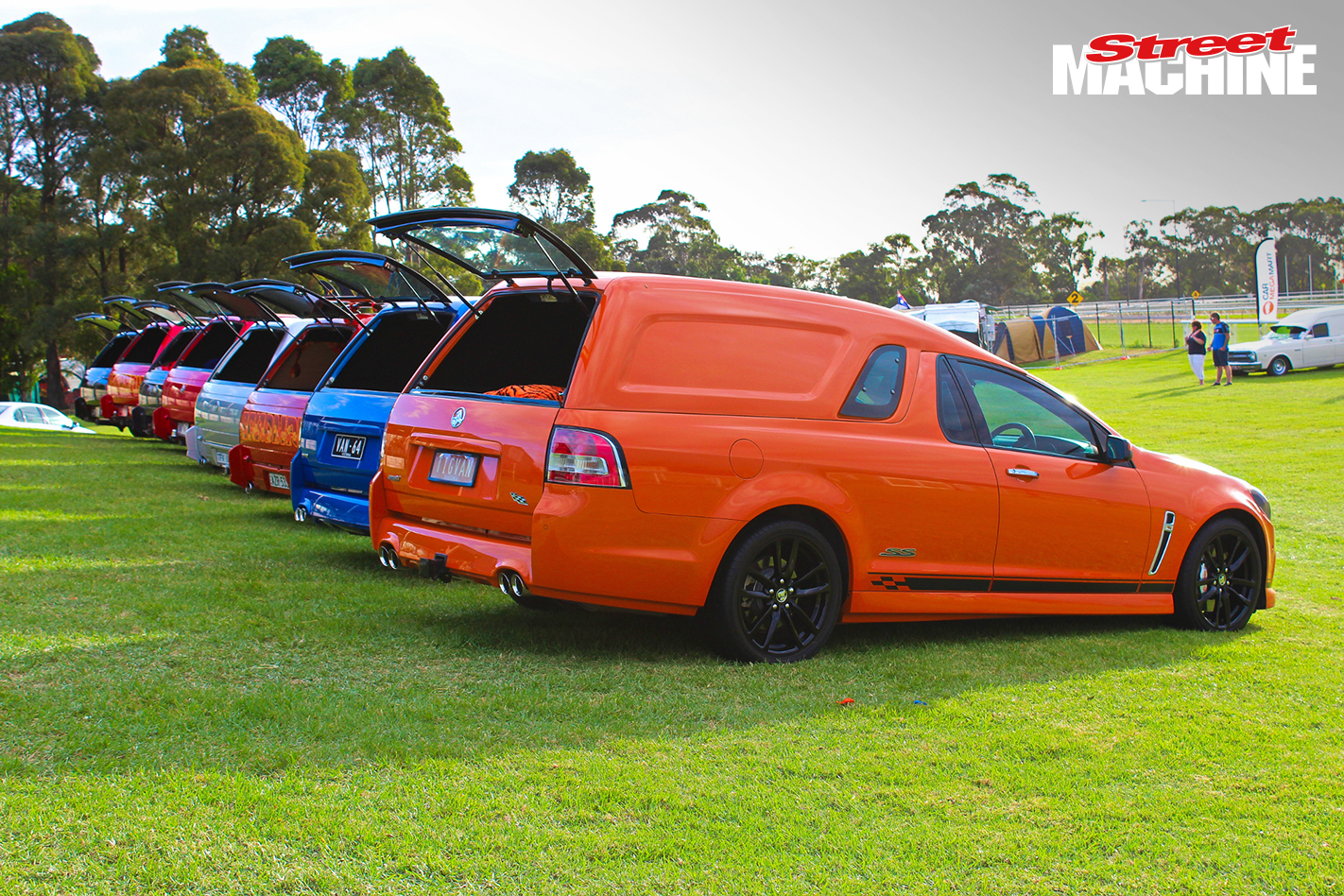 This line-up of millennium vans is headed by Matt and Mandy Harris’s Tigger-themed VF Commodore, TIGVAN, which mixes traditional vanning with all the mod cons. The Harrises placed second in the Millennium Van category. 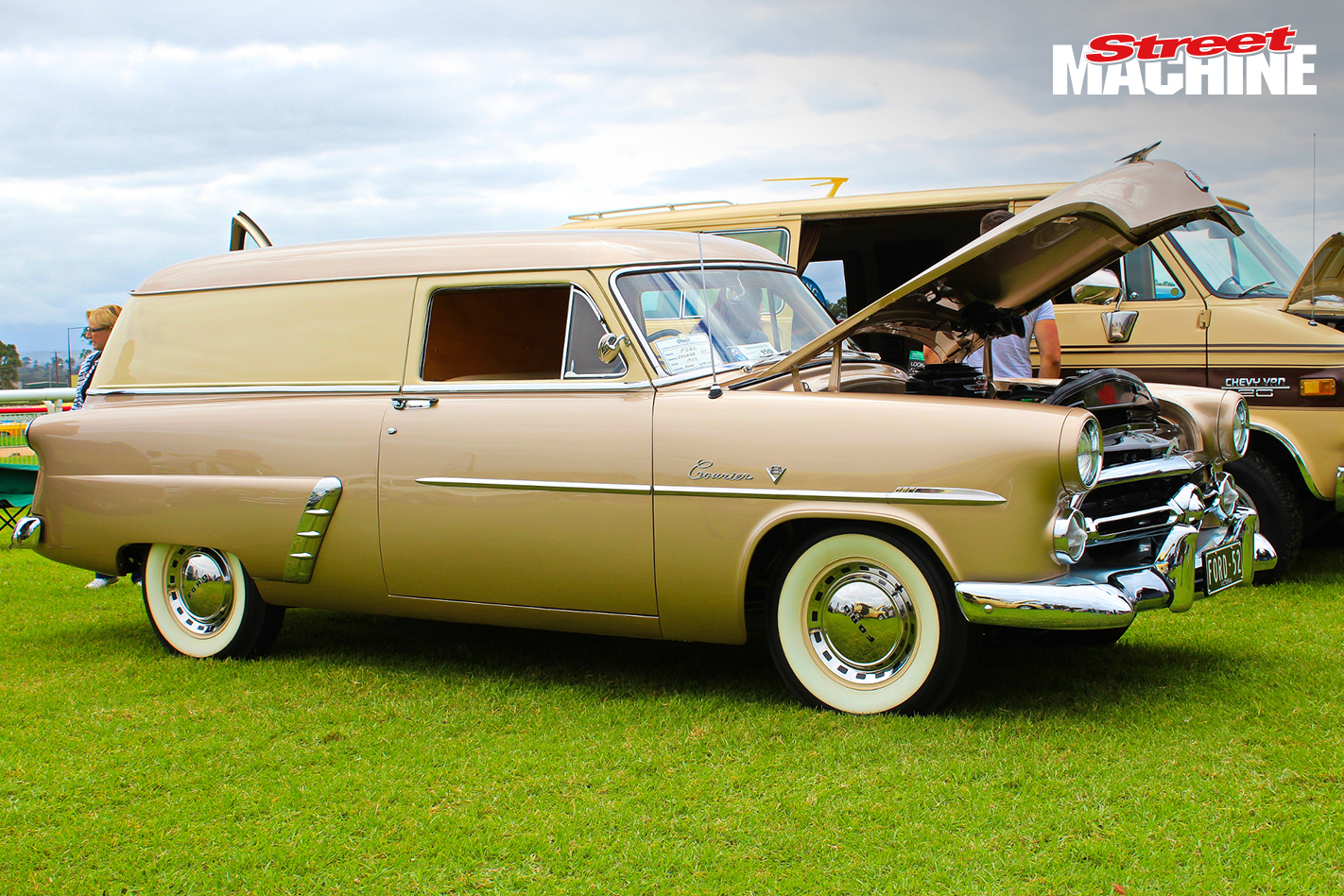 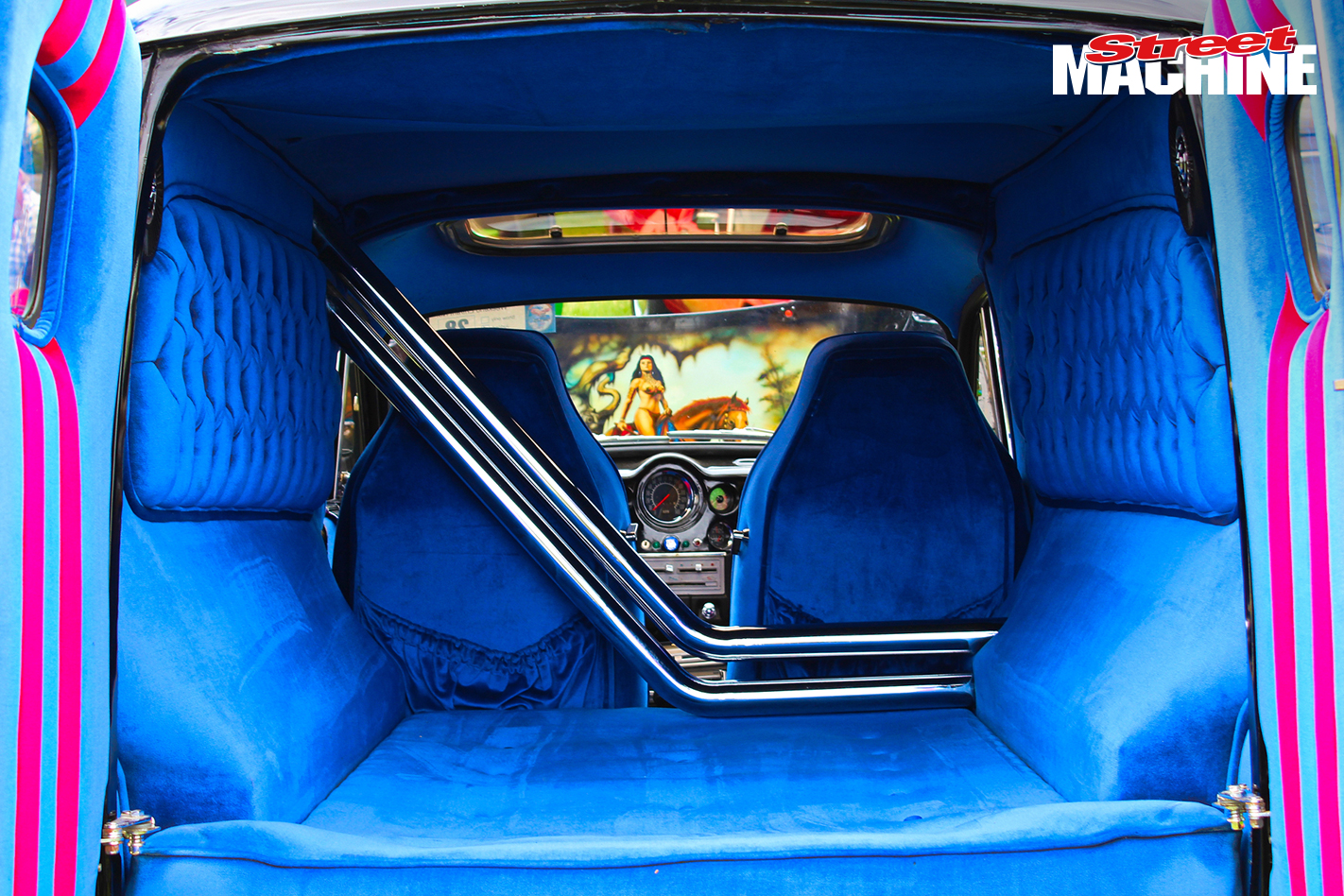 Built by Kevin and Jan Moore in the 80s, their ever-popular Morris Minor van The Squaw is now in the hands of their son, Luke, who maintains and shows it in pristine condition. The old-school diamond-tuft and chrome tube interior remains, and Luke took home 3rd Top Small Van for his efforts. 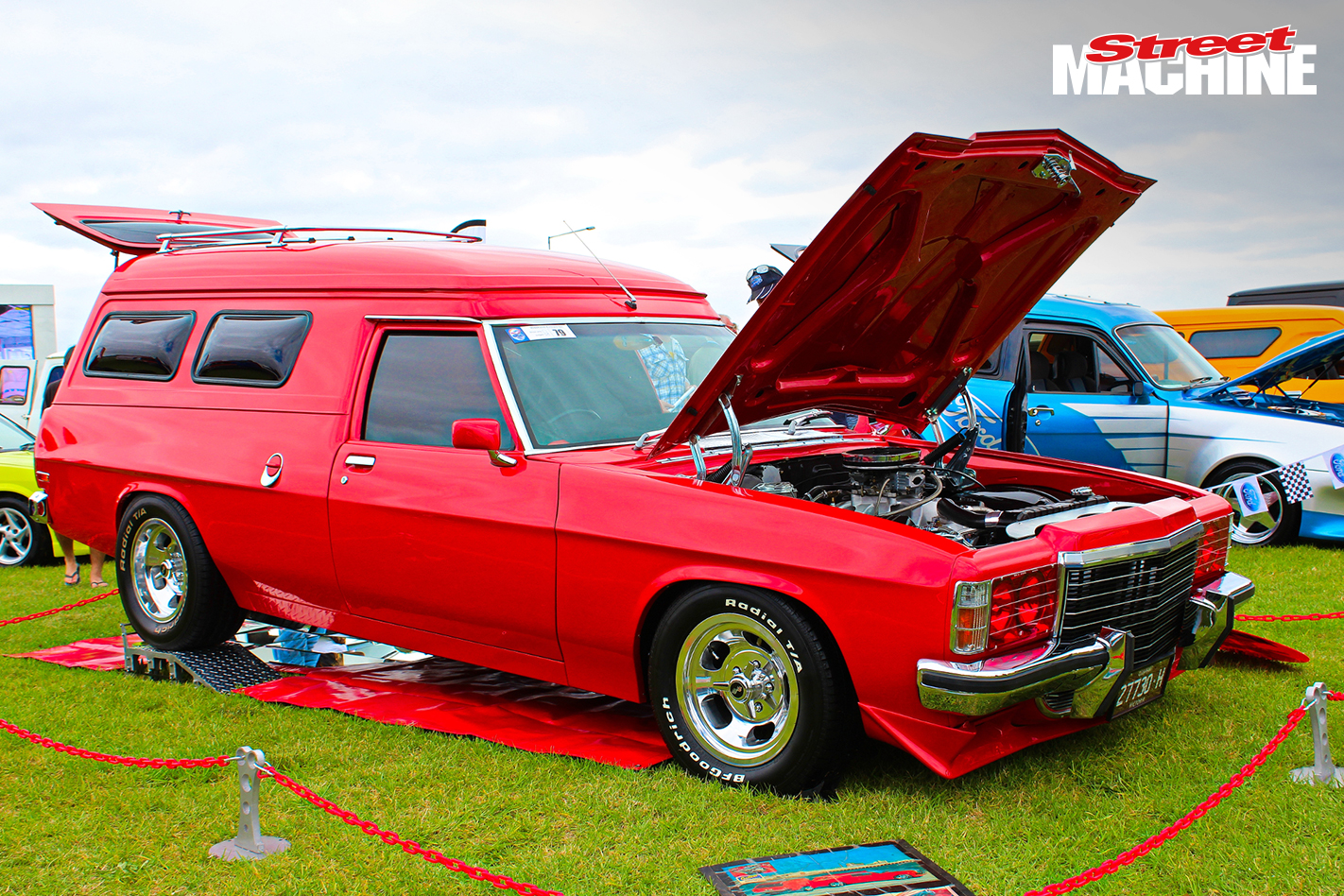 Before building his JUCETR 32 Ford Boydster II hot rod, Mark Course cut his teeth as a vanner with his Little Malibu Gemini and matching trailer. Mark has returned to the fold with this gorgeous HZ Holden, Malibu II. It is great to see full grilles and quarter bumpers back in style too! 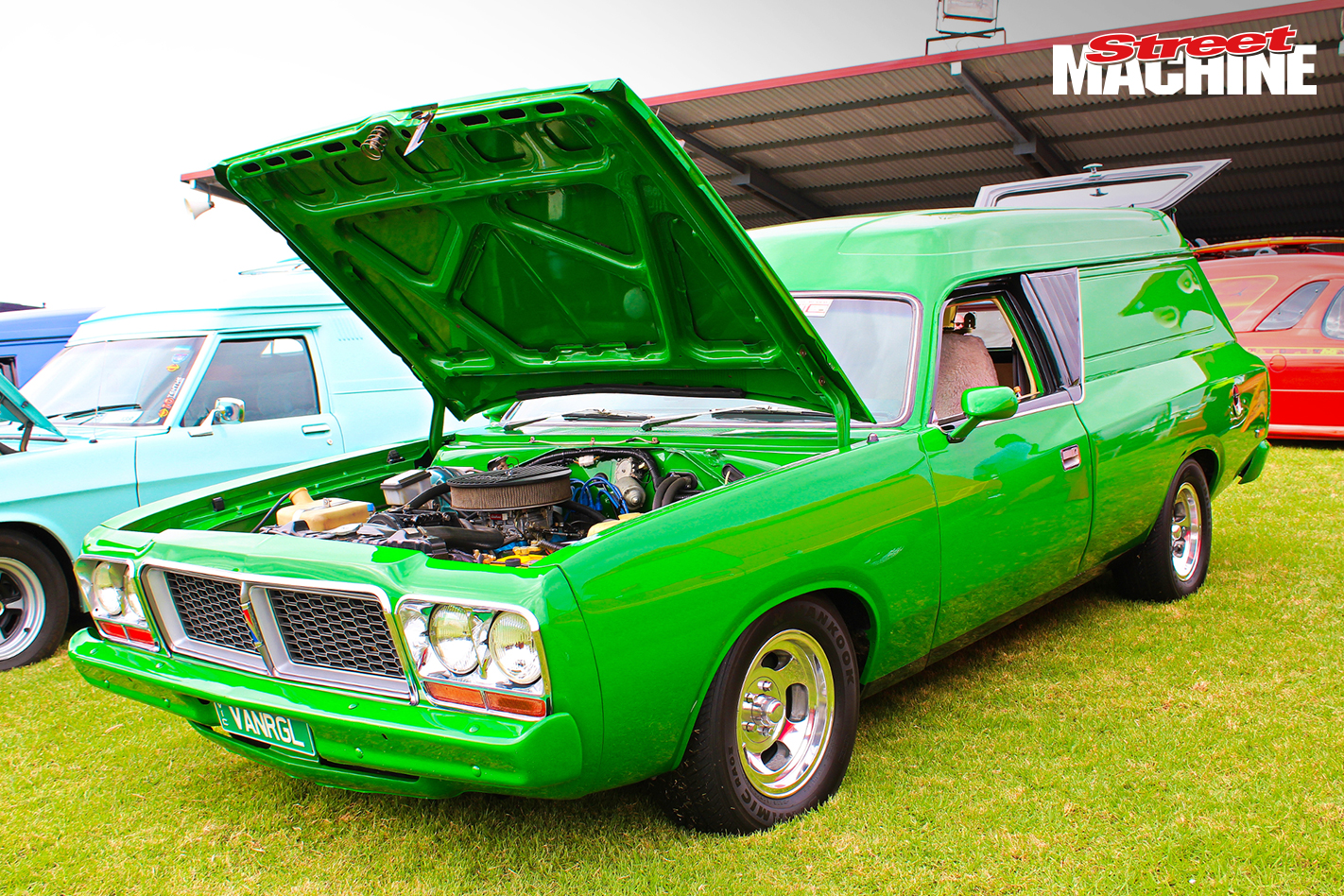 With only 1959 Valiant panel vans produced, it is surprising to see how many have made a comeback in recent years. Michael Rode’s CL adds a cool twist to its original Drifter identity with Holden March The 17th green paint, and employs a 318 V8 and four-speed combo for motivation. 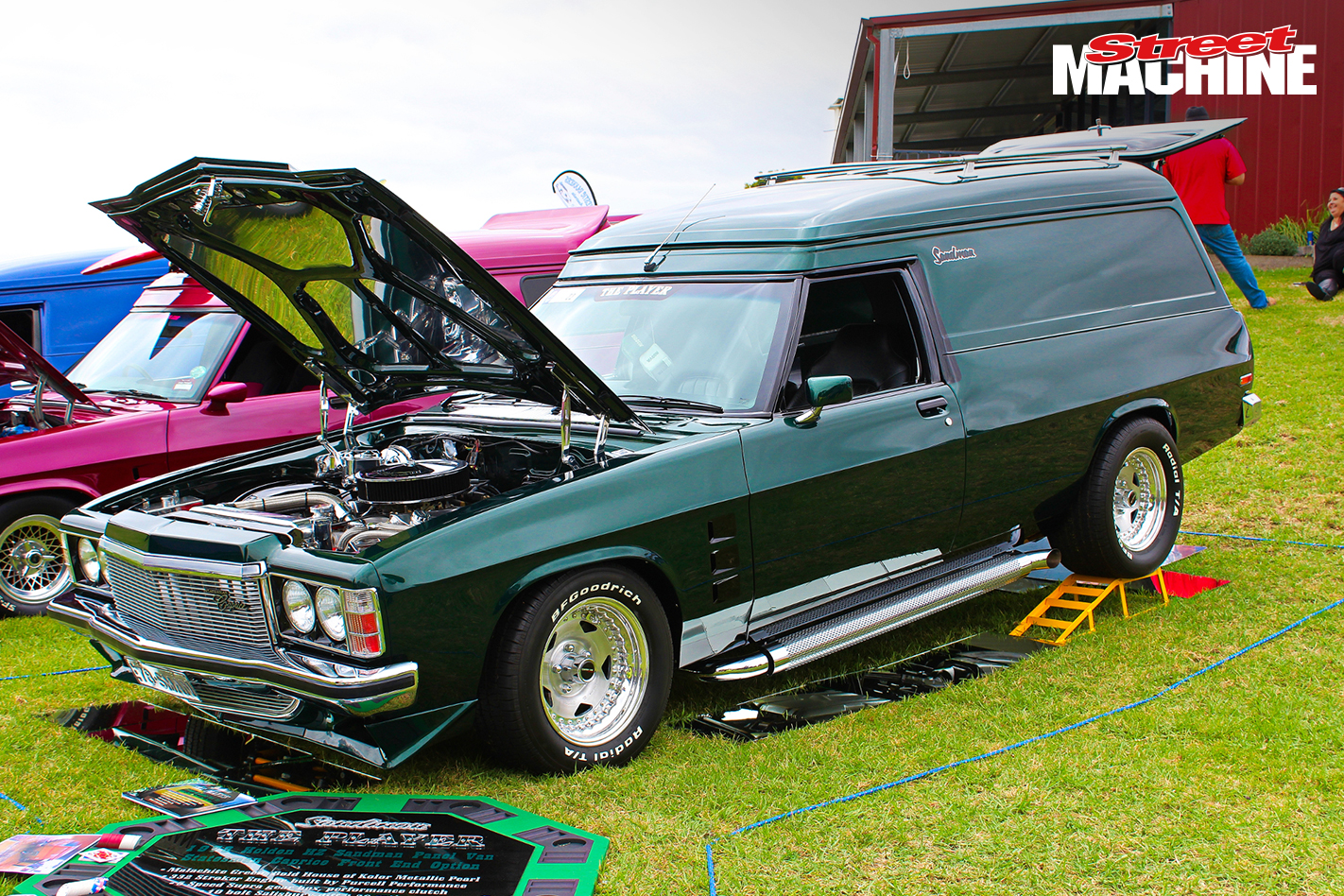 Rod and Jennie Barnes’s HZ, The Player, started life as a genuine Malachite Green Sandman that has been rebuilt with a casino theme inside, while retaining its factory hue and a Statesman Caprice front end for the exterior. 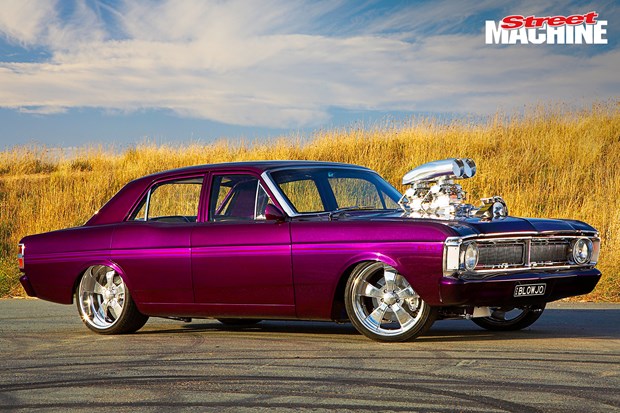 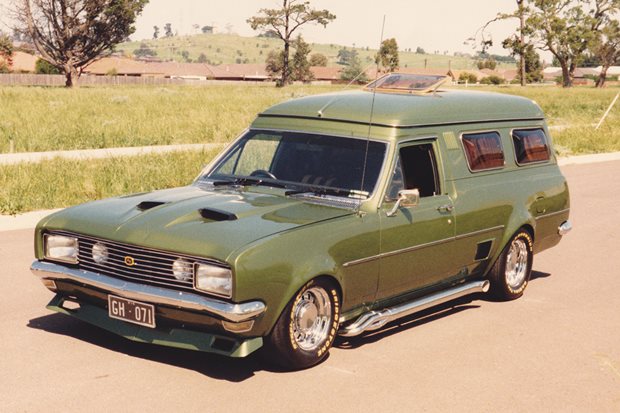 WHERE ARE THEY NOW? GREEN KNIGHT HG PANELVAN

In the days when more was more, Greg Hocking's Green Knight proved that a van with subtle but perfectly executed mods could be a winner 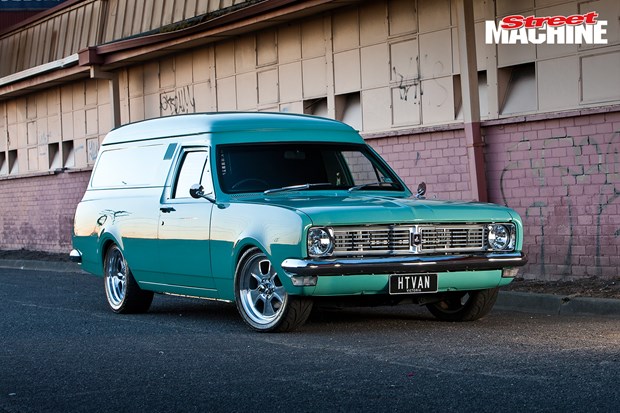