SYDNEY’S Stephen Willies built his ’70 Ford Ranchero as a matching tow car for his eight-second ’70 Ford Torino drag car. “It’s cool to use a car of the same make and colour as a tow vehicle, like they did back in the day,” he says. 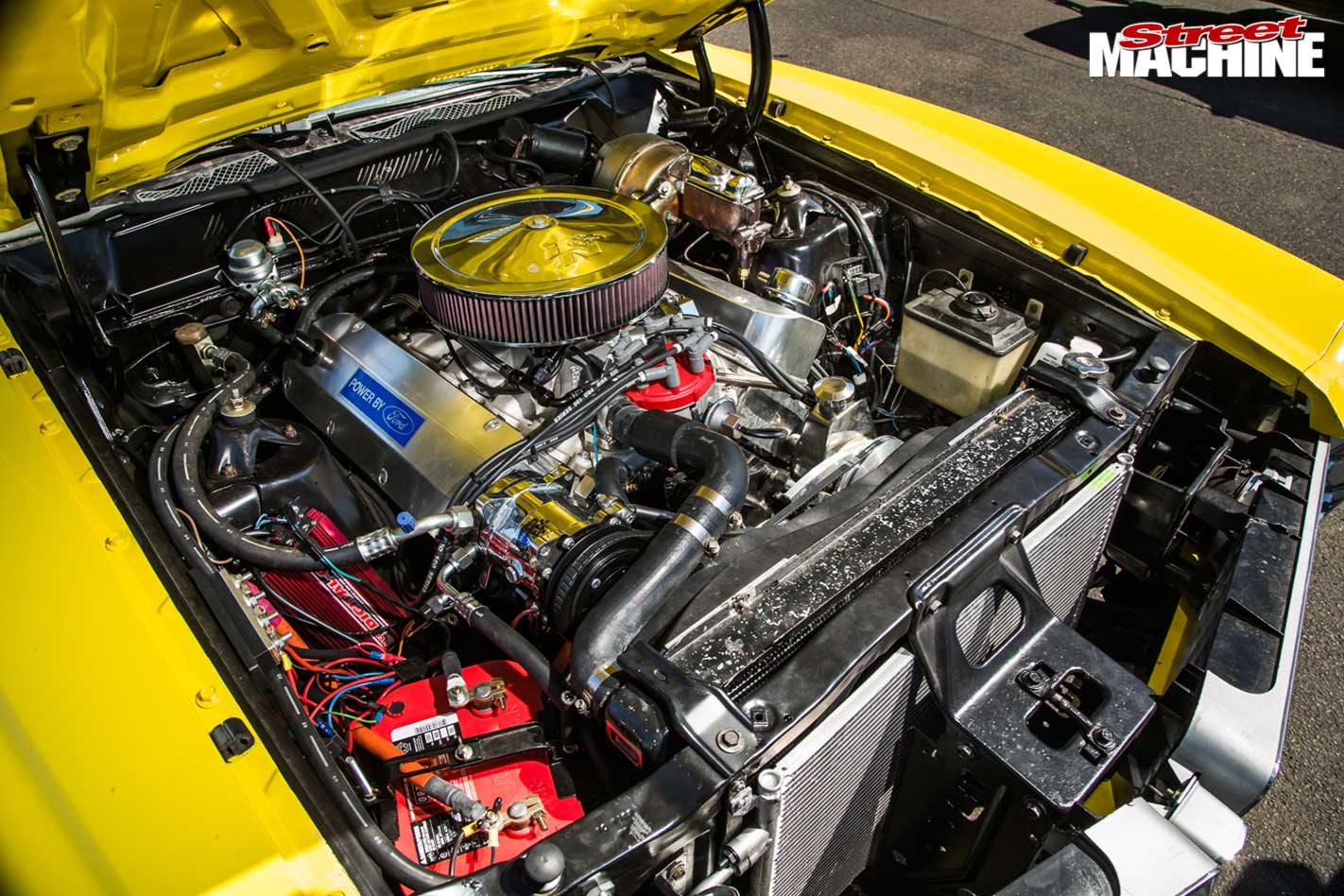 But it seems all that quarter-mile action has got into Stephen’s blood, as he’s now turned the classic ute into a massively stout race car in its own right! Under the hood sits 521 cubes of Ford goodness, thanks to a Ford Racing stroker kit, topped by Kaase race heads, an Edelbrock Torker II manifold and a 1000cfm Pro Systems carby. Getting the power down the line is a C6 trans with a relatively streetable Dominator 3500 stally. A nine-inch sits out back, packed with 3.55s, Detroit Locker and 31-spline Strange axles.

“I’ve owned it for three years but only had it on the road for the past six weeks,” Stephen says. “I wanted to do Street Machine Drag Challenge last year but it wasn’t ready in time.”

So how does he reckon it’ll go? “I’m only allowed to go 11.00 seconds as I don’t have a ’cage,” he says. “Being in Outlaw Aspirated I’m hoping to be a medium fish in a small pond.” 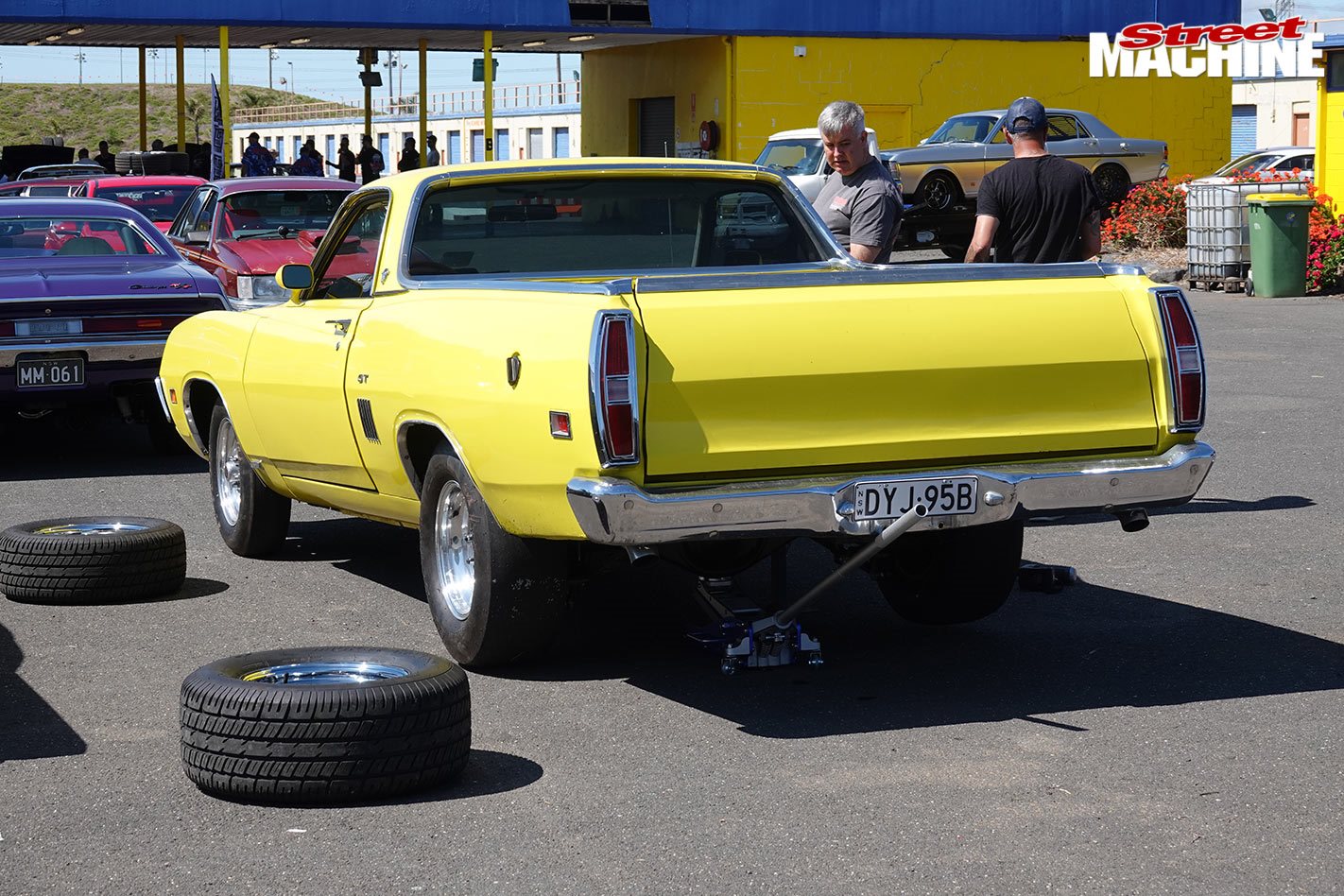 Stephen reckons he’s got the highway driving sorted too: “It’s a factory air and power-steer car, which is why I chose it in the first place.”

We reckon that a/c should be getting a workout on the drive to Swan Hill this evening!