WE WERE all holding our breath as to whether Adam Rogash would make it to this year’s Drag Challenge with his ALLSHOW VK Commodore – one of the quickest cars in the event, having previously run 7.75@180mph. With wife Kelly heavily pregnant with their third child and due pretty much smack-bang in the middle of Drag Challenge, we weren’t sure whether Adam was in or out until hours before the event. 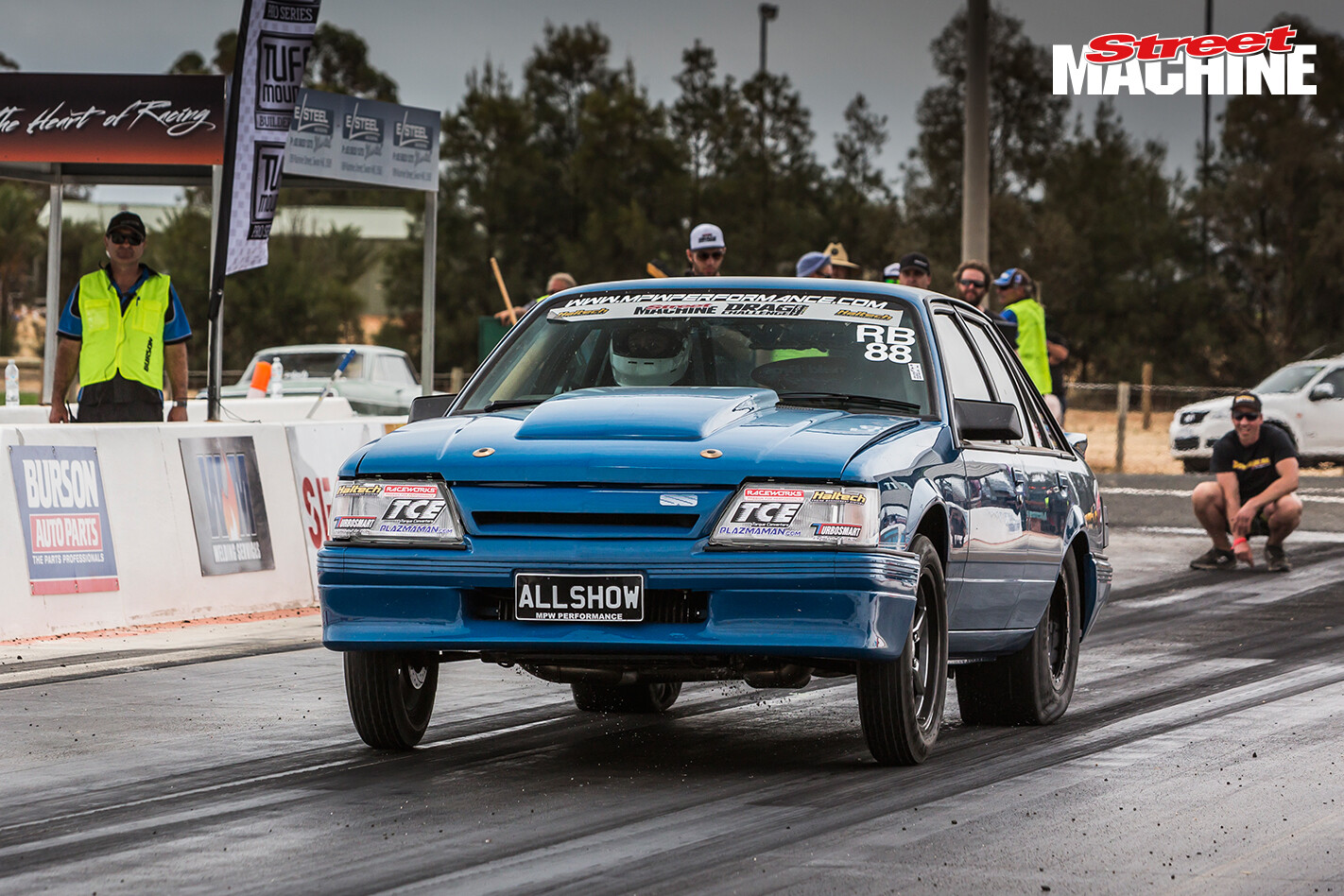 But Adam and Kelly agreed that he would take on the event and at the first sign of a bubba arriving he would return to Melbourne to be there for the birth. Adam double-entered the car with John Pilla of Powerhouse Engines, so that John could take over driving duties if Adam got the call, but compete as one team.

On Monday morning Adam flew into Adelaide, while John and fellow crew members  Chris McDonald from McDonald Brothers Racing and Brian Jones towed ALLSHOW up from Adam’s workshop MPW Performance in Dandenong, Victoria. From there it was a constant battle to get the chassis dialled in on the scorching hot tracks and try and run a number. On Day One at Adelaide International Raceway we saw 35-degree ambient temps and track temps above 50 degrees. Rubber just would not stick to the surface and made the going very slippery. Add to this some failing Holley Dominator 1800 fuel pumps and these boys had their work cut out. On low boost and still battling wheelspin, Adam managed an 8.409@175.57mph, and began the trek over to Mildura for Day Two. 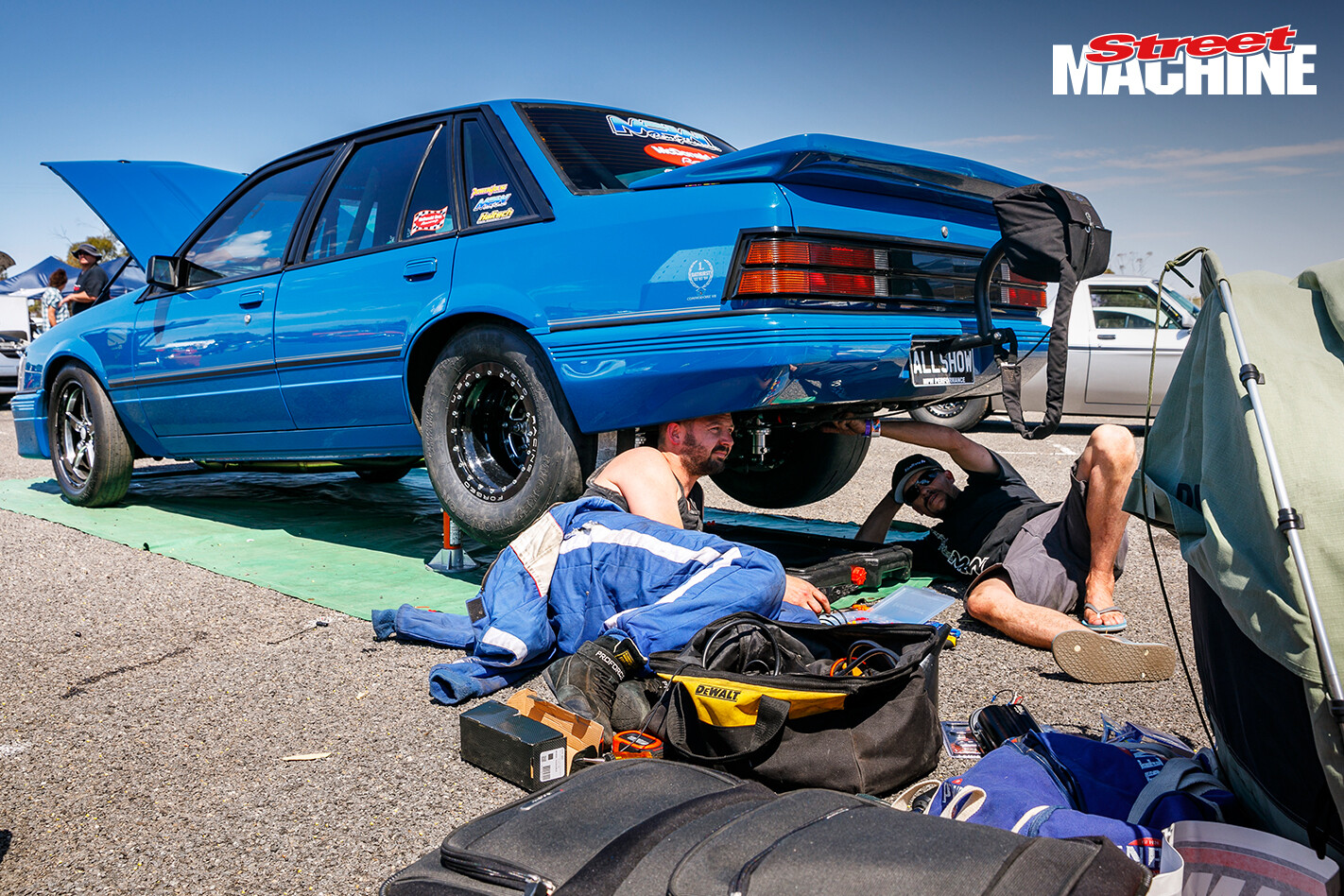 By the time the boys arrived at Sunset Strip, the fuel pumps were toast, and before Adam could make a pass the team needed to find replacements. John went into town to search for something suitable, but wound up empty-handed. Fortunately retired DC competitor Zoran Makarovski had a couple of spare MagnaFuel ProTuner pumps that he was willing to palm off, and they got the job done.

From there Adam made around 10 passes, constantly adjusting the chassis tune and engine map to try and get the thing down. He was in the staging lanes right up until our cut-off and finally handed in a 5.86.
After a drama-free cruise over to Swan Hill, ALLSHOW started to show its potential. Again, after well over 10 attempts at getting down the track, Adam managed an 8.18@164mph. “We treated it as a week of testing,” he said. “If we thought we could do something better we changed it and sent it again. The car has only been finished a couple of months, so we’re still working out our suspension set-up.” Like most of the other competitors, Adam and his crew had a shocking run through the wet weather between Swan Hill and Portland. “We hit a big pothole and smashed a headlight bulb, so we ended up driving with one headlight in the pissing rain for around 90km,” he said.

Portland was where we waved goodbye to Adam, as he got the call from his wife that their baby boy was on the way. The crew drove him to the Portland regional airport in ALLSHOW and he flew back to Melbourne to be with his family. John Pilla took over driving duties and they cruised down to Adelaide for the final day. 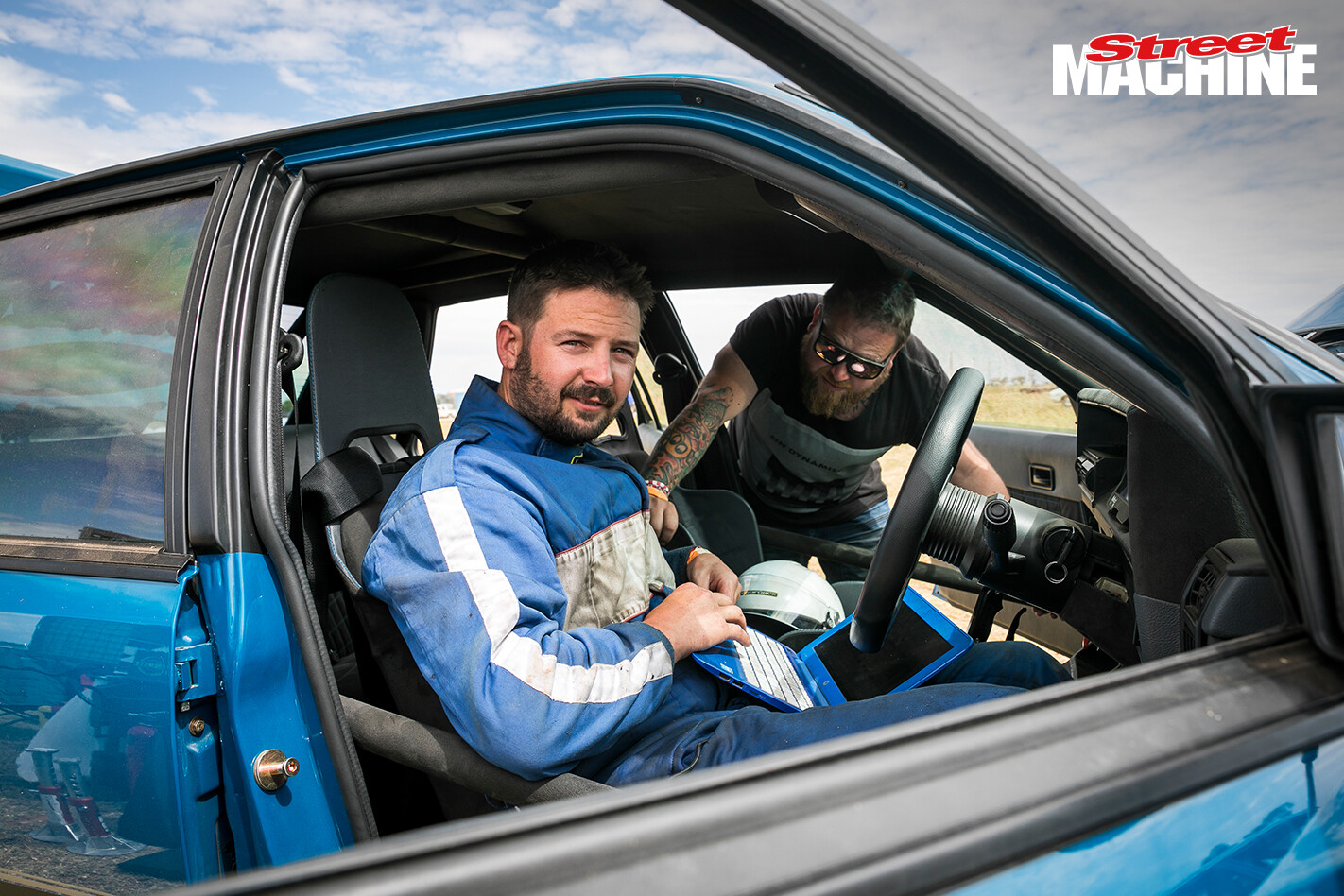 Because the car wasn’t behaving the way Adam would have liked earlier in the week, Johnny never got a chance to have a practice steer as planned. However, by Friday they felt that the VK was working nicely and Johnny could bring her home in third place overall. All it took was one pass to cement their position with an 8.51, with Johnny getting off it at 1000 feet. “I’d never raced here before; I wasn’t sure where the track finished!” he said. He wasn’t alone either.

We all felt that Johnny did an incredible job considering he’d never raced that car before. It was also his first time racing since he had his old HQ Monaro, which ran 10s a number of years ago – now he’s a burnout guy.

Kelly and Adam ended up having their baby boy, Jordan Adam Rogash, early Sunday morning. Congratulations to them both from the Street Machine team.