ALL-wheel-drive traction – that’s gotta be a good thing for grip and high performance, doesn’t it? Especially if you’re looking for consistency at Street Machine’s Drag Challenge, where participants run across five tracks in five days. 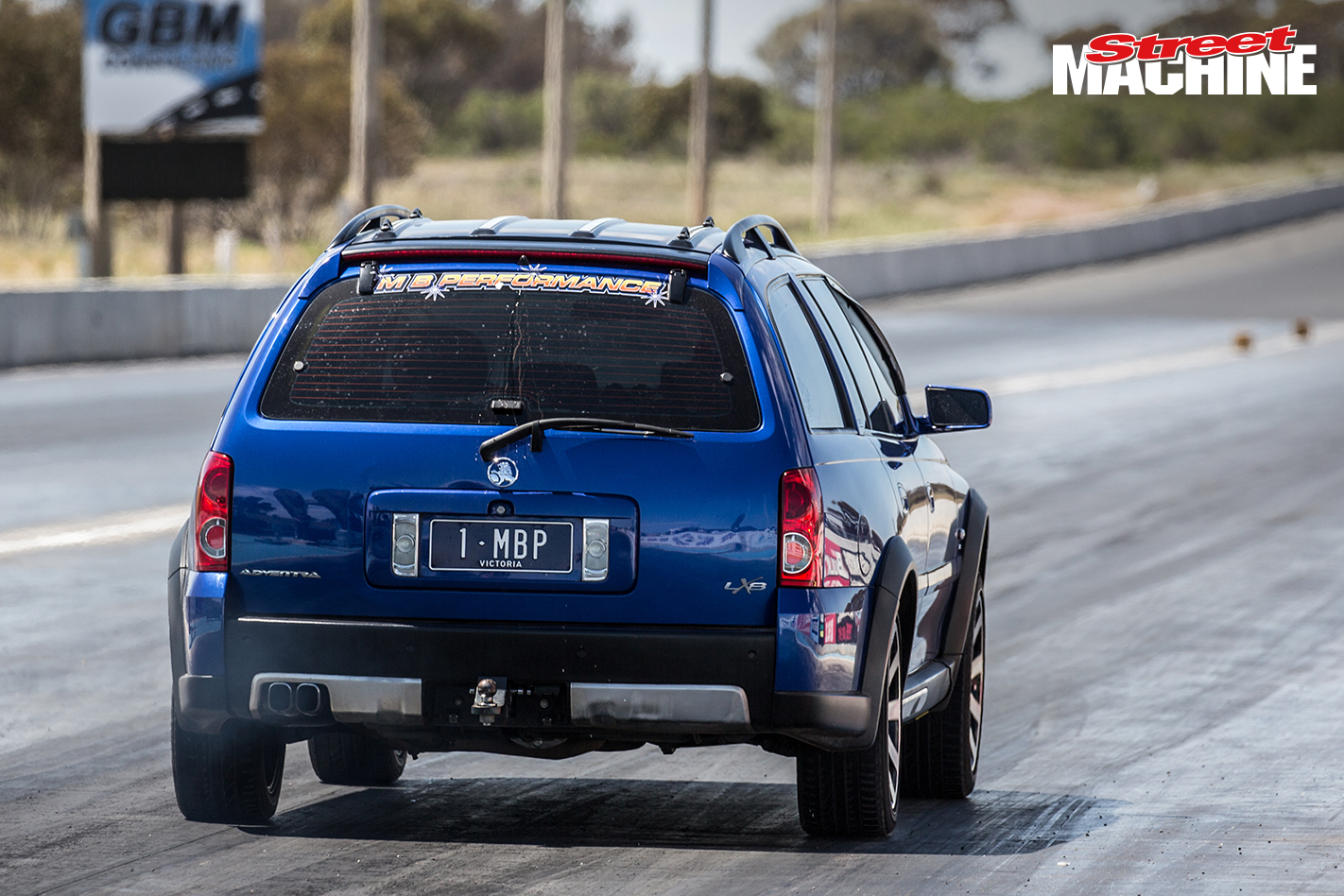 “I thought it might help me out,” said Mark Busscher of his Holden Adventra’s all-wheel-drive system. “But as soon as you took off, it hit the brakes and pulled timing to about the 660-foot mark – half the run!” 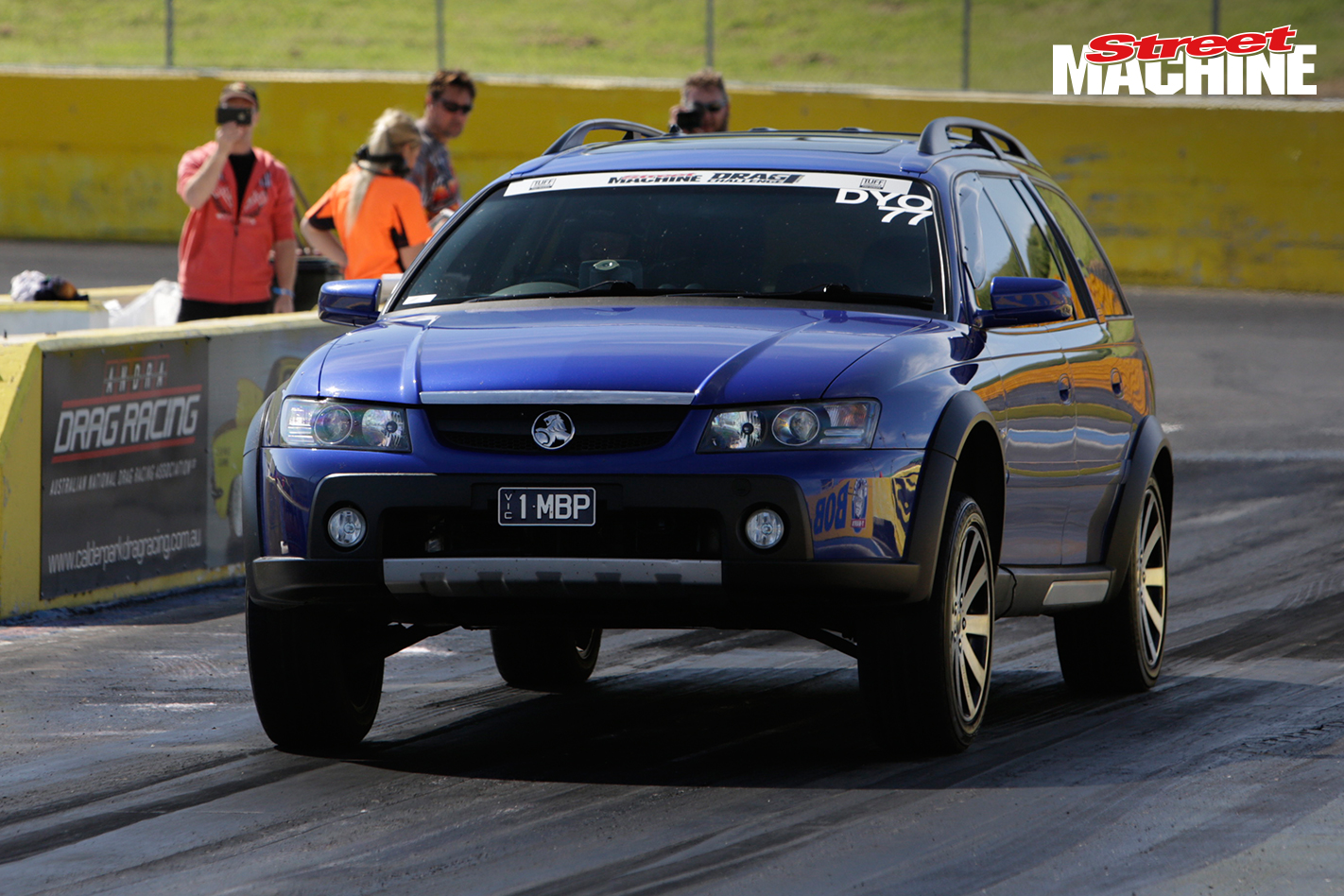 That’s a shame, because Mark, who’s the brawn and brains at MB Performance Competition Engines in Werribee, Victoria, reckons the engine in his Adventra wagon is capable of 10s in the right car. 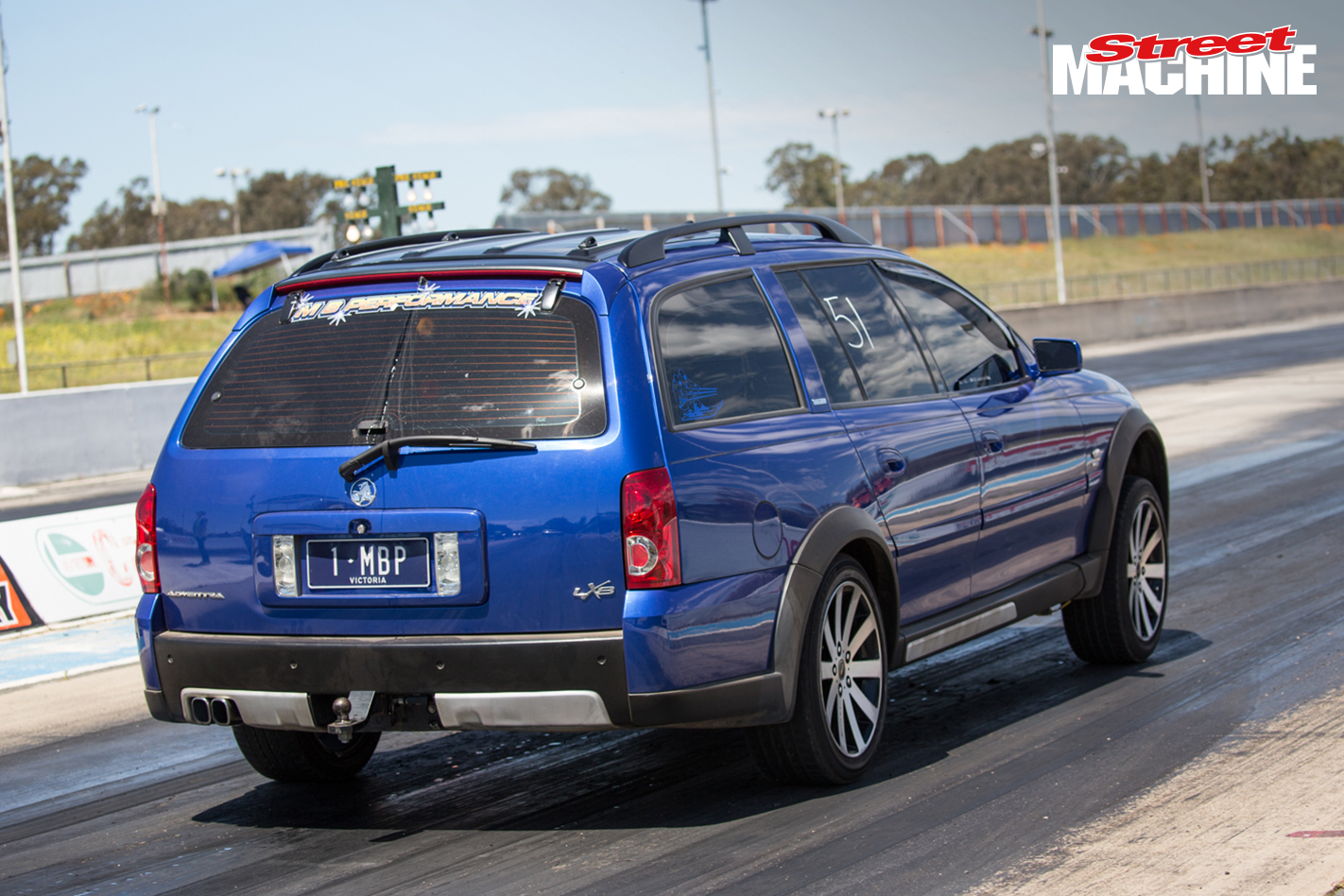 “It has all the goodies in it,” he said of his 416-cube LS built on an LS3 block. It has a Lunati Pro Series billet crank and same-brand lightweight rods with JE pistons. The cam is a Crane, while the heads are GM ‘peanut-port’ items with a few Busscher tweaks. 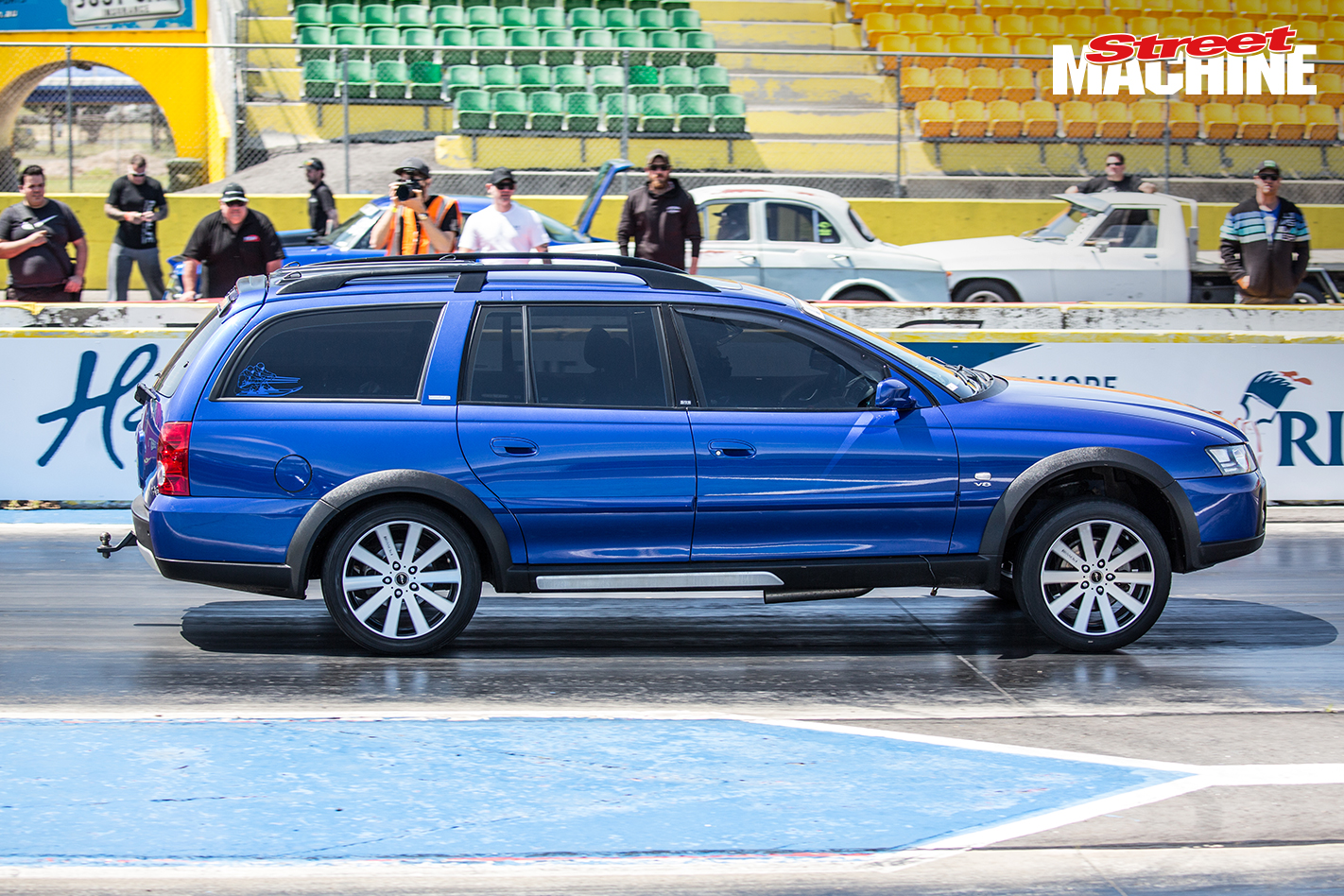 “They’ve been filled up and modified; ported,” Mark said of his heads. “The manifold has been hogged out, too. I tried to use as much stock stuff as possible – stock appearance and a stock GM computer – and I did the tuning.” 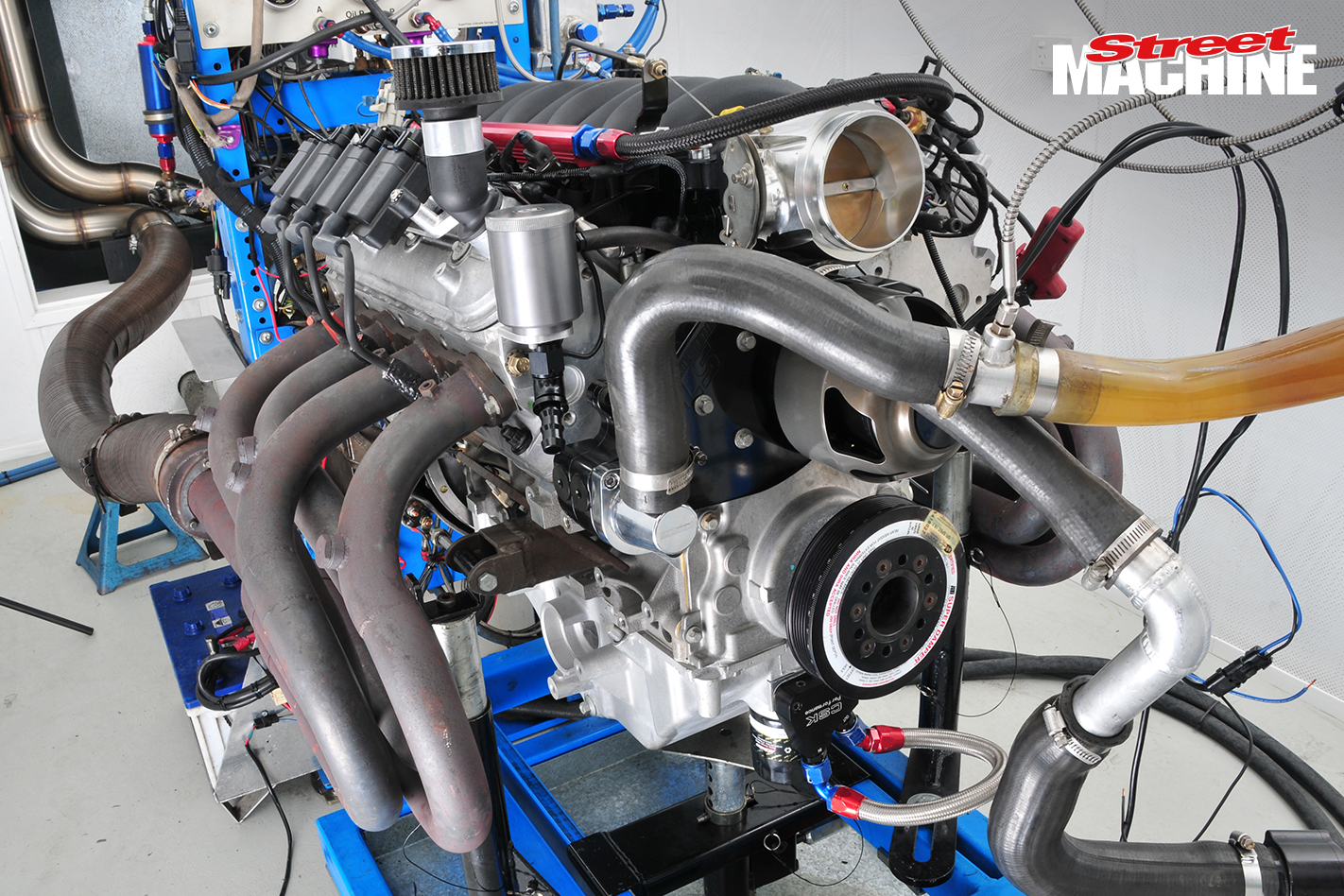 Like many, Mark had a few issues with his car while preparing for Drag Challenge.  “I just got the motor finished before the event. It came off the dyno and I put it in the car, and it broke an input shaft. So I fixed that and then it blew fourth gear right out of the box. Then the front CVs! “So I got the shits and pulled about 180hp out of the tune!”

That reduced the chance of breakages – but it didn’t help with the too-smart computer systems. The problem was the way the Holden AWD system works – by applying the brakes when it detects a loss of traction at any wheel. 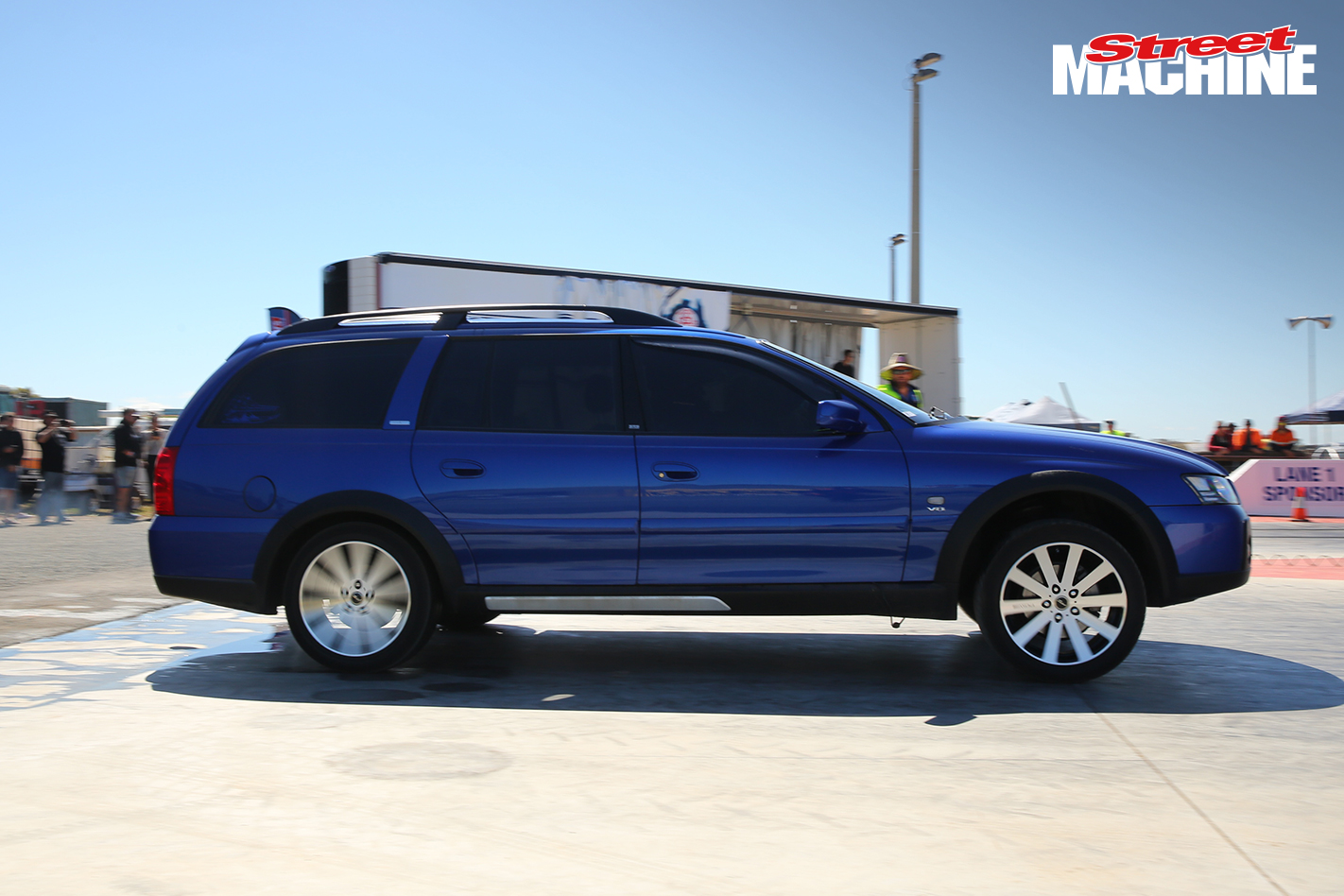 “It’s a pain in the arse,” Mark said. “The biggest problem is the fact that when you launch, [the car] pulls a wheel off the ground so the system goes ballistic trying to brake the wheels. And it doesn’t just do that – it pulls out timing, too.” Like the brake-grab, the timing retard is engineered into the ECU to sabotage power and therefore help a spinning wheel regain traction.

“The system intervened so much it destroyed the front brake pads, and the front rotors looked like 50c pieces,” Mark laughed. “It would be really good if we could turn off that system in the management.” 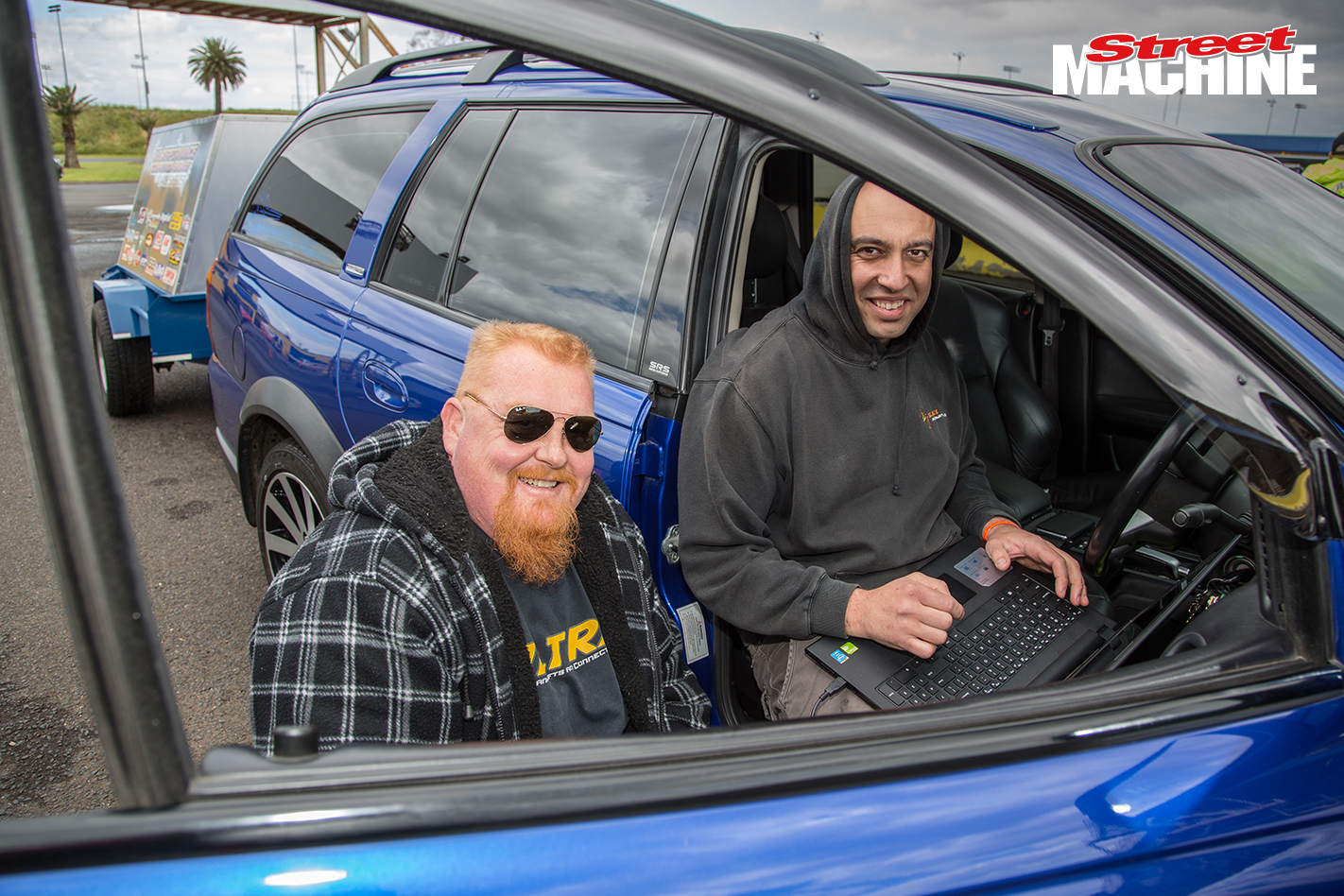 Thankfully, with the exception of the front brakes (“that wasn’t much fun at Calder, as it had just about nothing in reserve and there’s not much run-off area”) the Adventra held together all week, despite Mark’s concerns.

“When I broke all those parts just two weeks out from Drag Challenge, I took just about another whole car with me as spare parts,” he said. “And parts for these aren’t easy to find.” The big wagon’s best was 11.97@113.5mph. “It was turning the tyres all the way!” Mark laughed. “I’ll be back next year – but not in that car!”

Maybe next year he'll bring a lighter car, would you believe that with all the strengthened components, the Adventura weighs over 6000lb!