How Drag Challenge is shaping up after three days of competition

FOR day three, Street Machine Drag Challenge headed to the eighth-mile Sunset Strip in Mildura. Weather-wise it was another cracker of day and the entrants who got out and ran early were rewarded with the best track conditions. As the day warmed up, many of the racers with more powerful cars struggled to get the power to the ground. Some of the heavy hitters didn’t get to the track until late, most notably Harry Haig in the Shonky SS and the twin turbo Commodore of Bubba Medlyn. Harry’s turbo big block HQ had spat a roller follower, while Bubba’s VH shat a thermo fan. 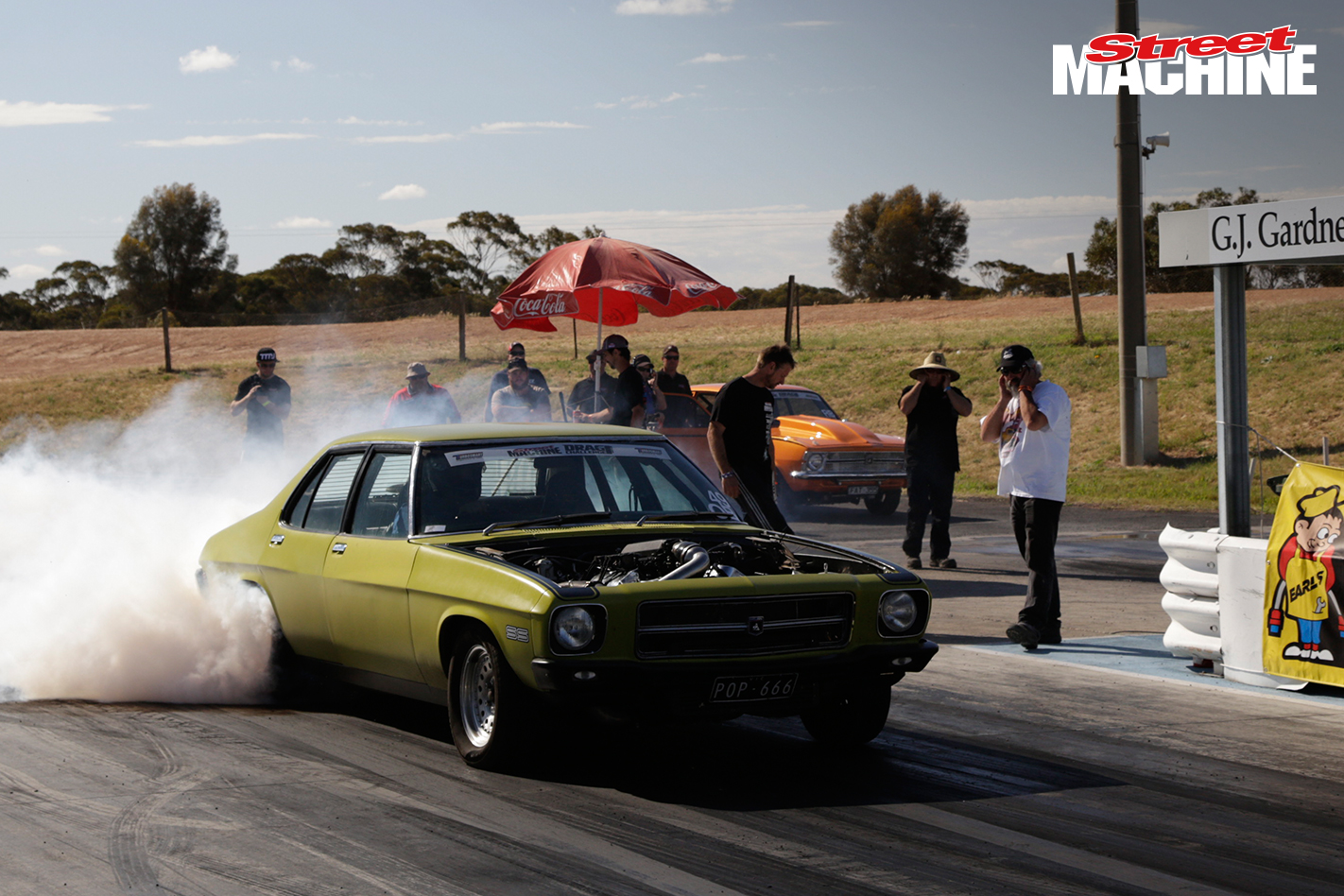 Bubba and Harry were sitting in spots one and two respectively in Turbosmart Outlaw Blown, while Bubba was also leading the event overall. Failing to make a pass at Mildura would have put both of them out of contention for honours at trophy time. 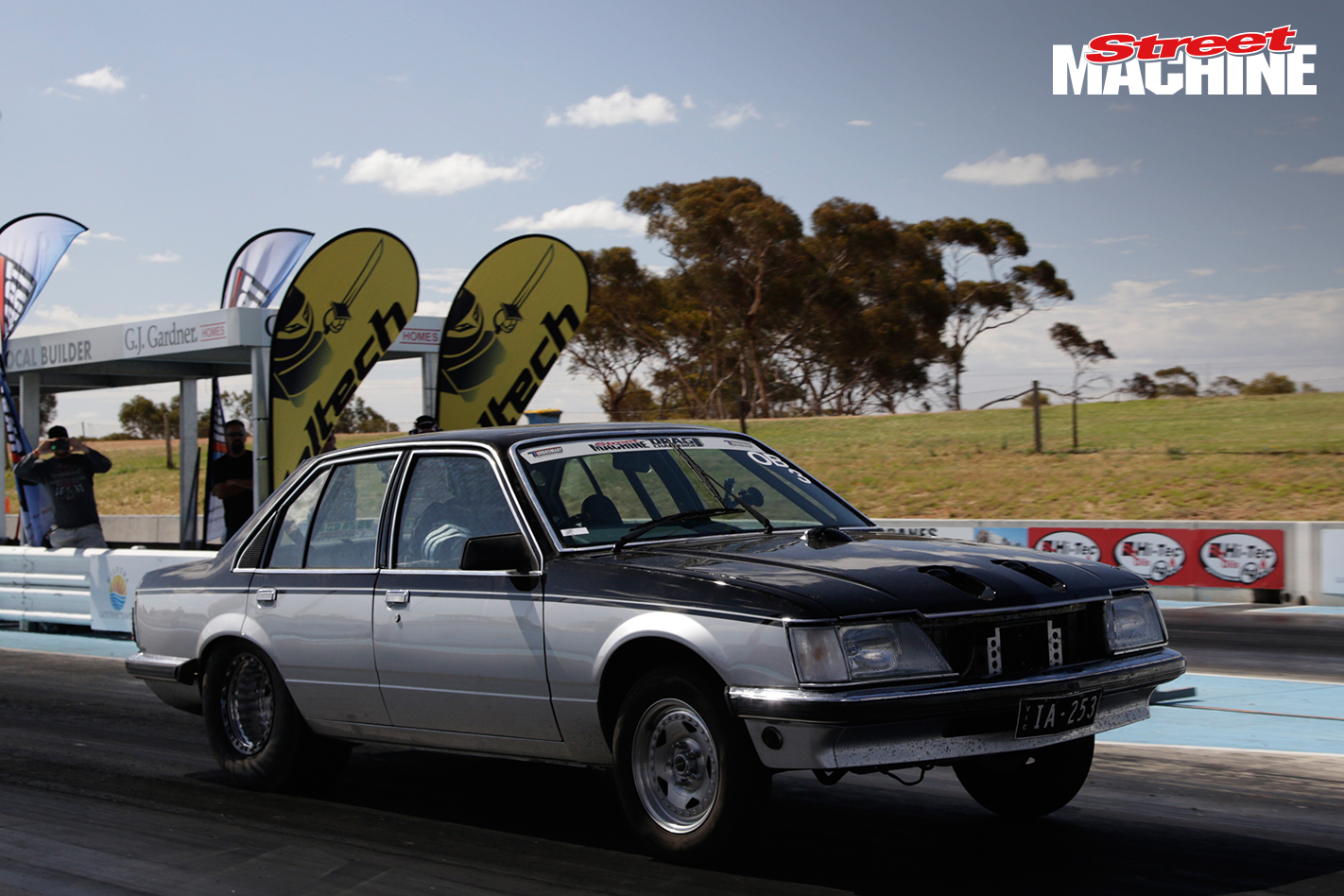 Bubba’s biggest problem was simply his late arrival to the track. We wondered if Bubba would be able to get a handle on the track in the hot conditions and if his car would suit the shorter eighth-mile distance. True to form, Bubba came out with a 6.49-second pass to find his feet, then rattled off a 5.6 and a 5.553-second pass to keep his nose in front of the field once more. 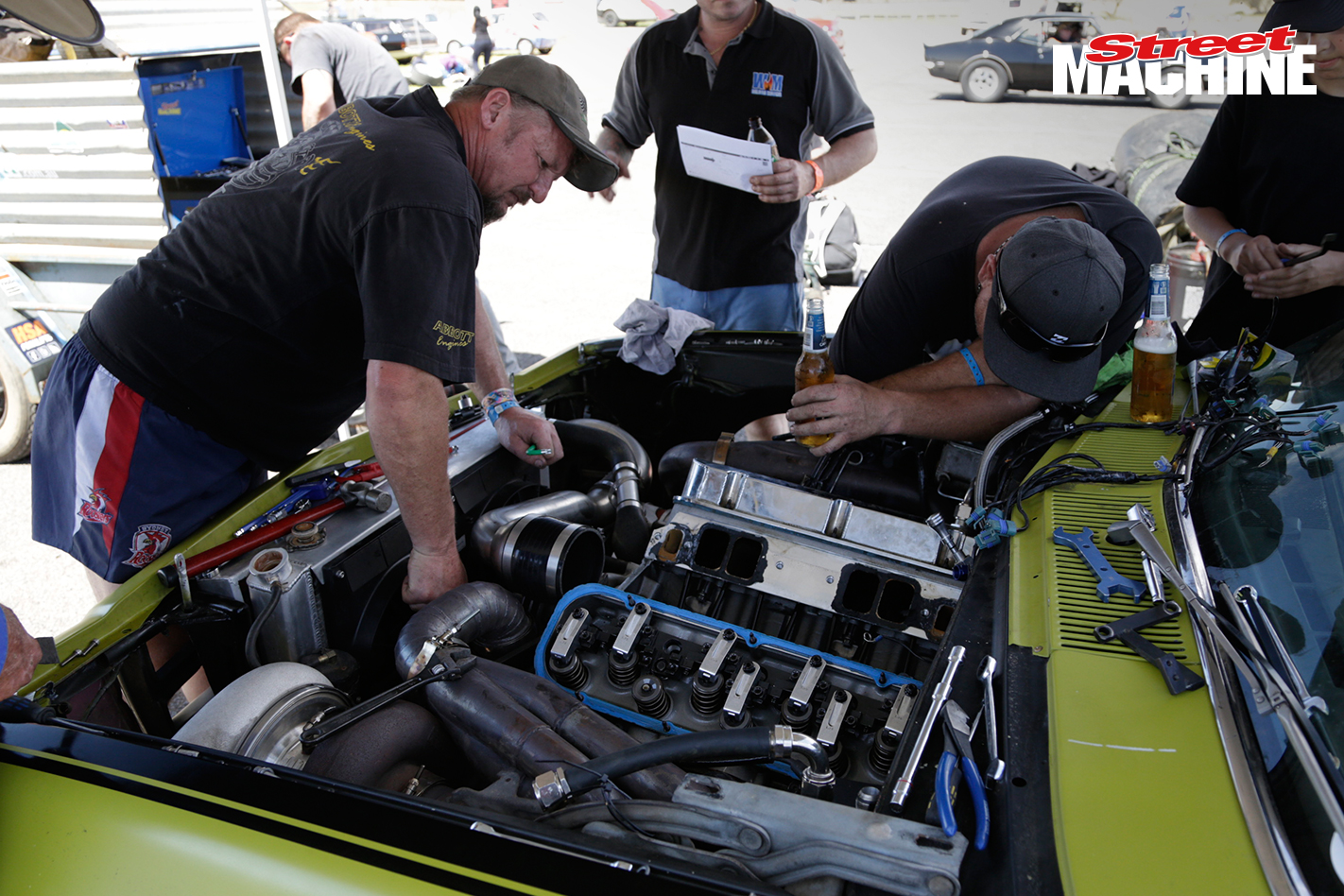 Harry Haig had barely two hours to repair the busted roller follower on his HQ’s big block. Robbie Abbott from Terry Seng’s crew handled the spanner work and will have to do it all over again tomorrow when Harry takes delivery of a new cam. Terry also swapped in a new ignition into the HQ for good measure and Harry made the staging lanes with minutes to spare. 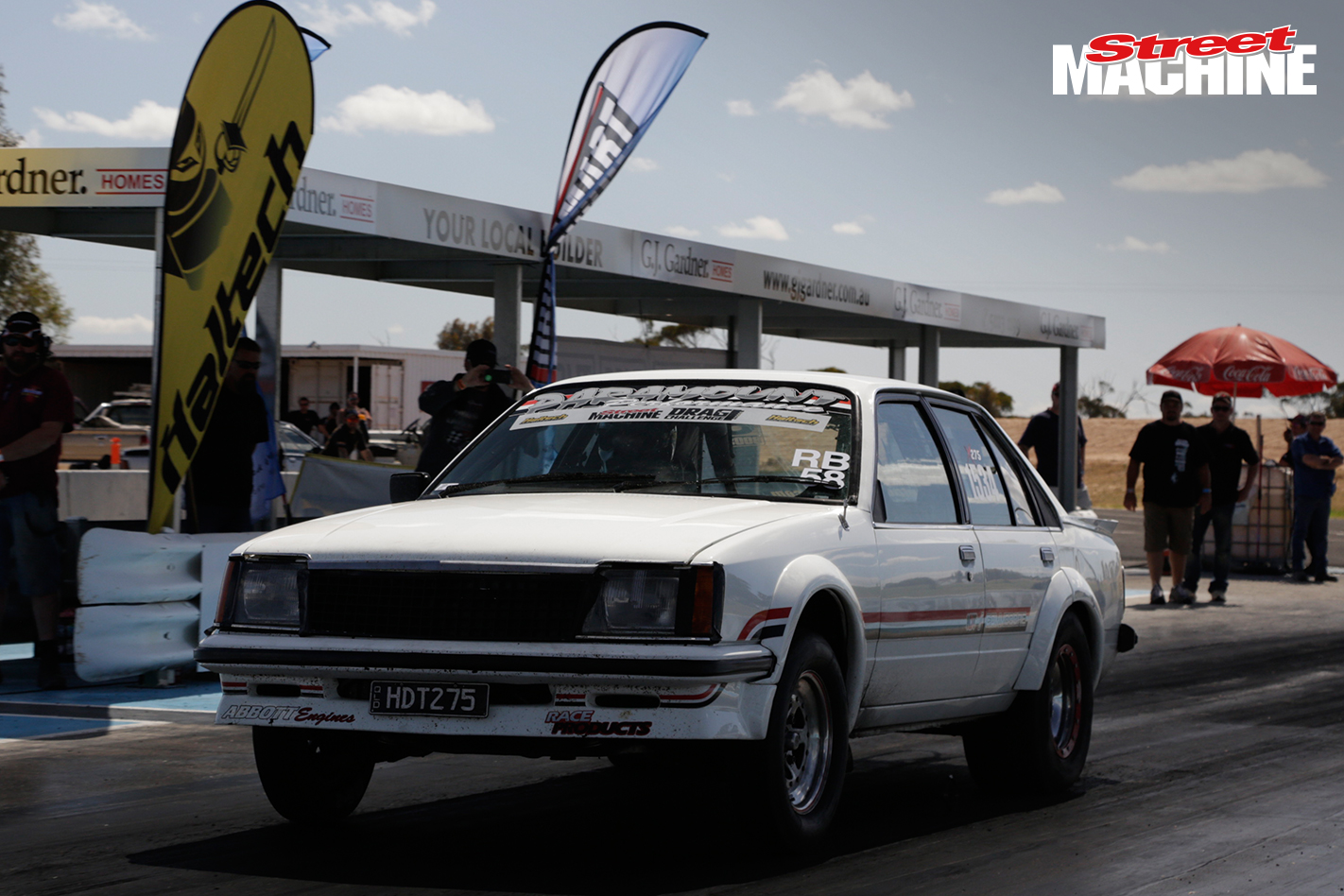 A respectable 6.50 was the result and Harry couldn’t help himself and went out for another shot. This time the intake pipe out of the intercooler popped off, damaging the radiator. Time for a beer!

Terry Seng and the Paramount Performance crew also had a hard road, with Terry working through the night to fix a gremlin in his twin turbo VC HDT replica. The Commodore has run a best 4.7-seconds over the eighth mile in the past, but had to be satisfied with a 5.70-second pass today. 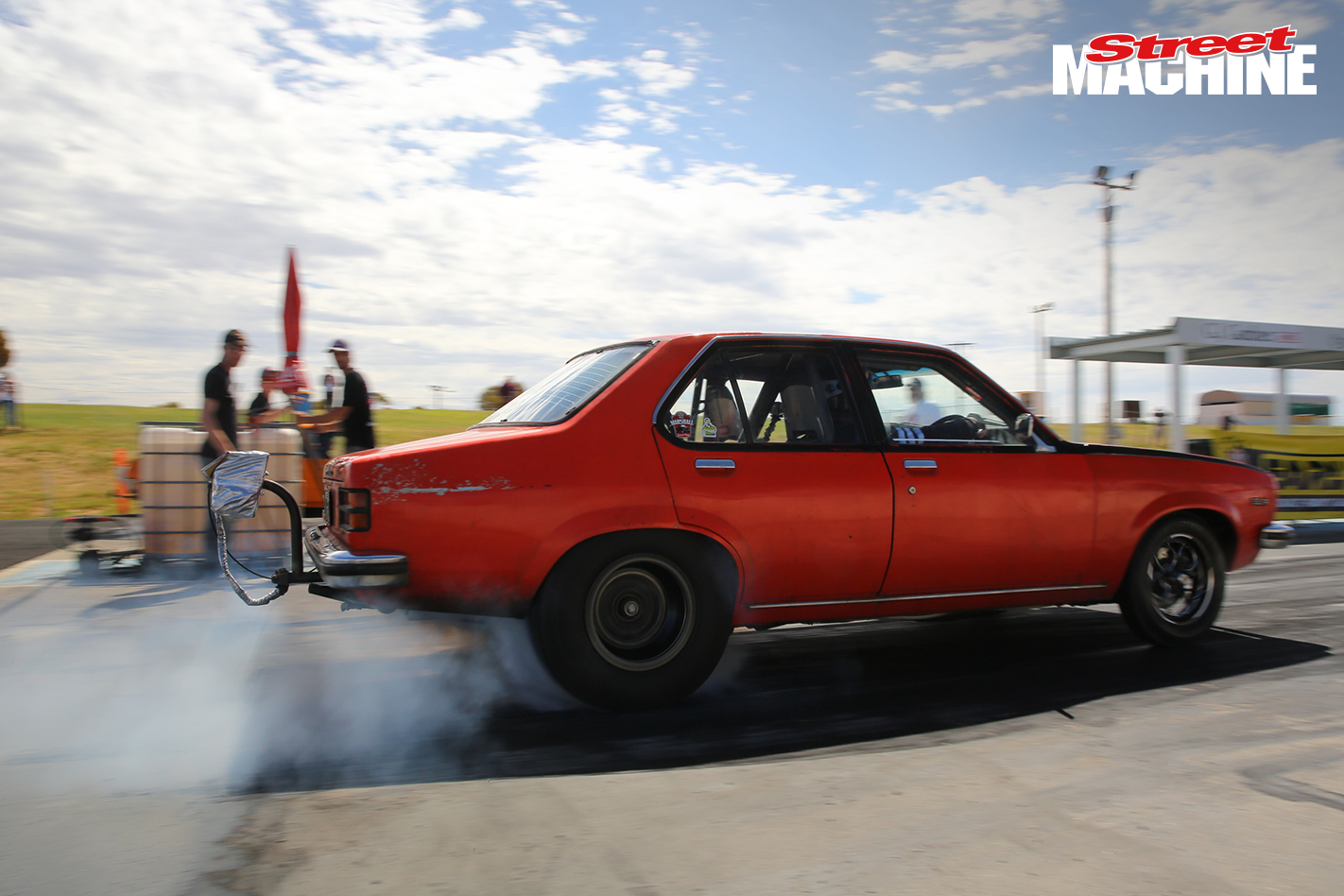 Not everyone was under pressure. Mark Drew in the Crusty Torana ran the quickest pass of the meeting, to the tune of 5.45-seconds and was on the road to Swan Hill before Bubba even hit the staging lanes. Adam Rogash in the 440-cube twin-turbo LS-powered NOSHOW HSV ran a 5.56. 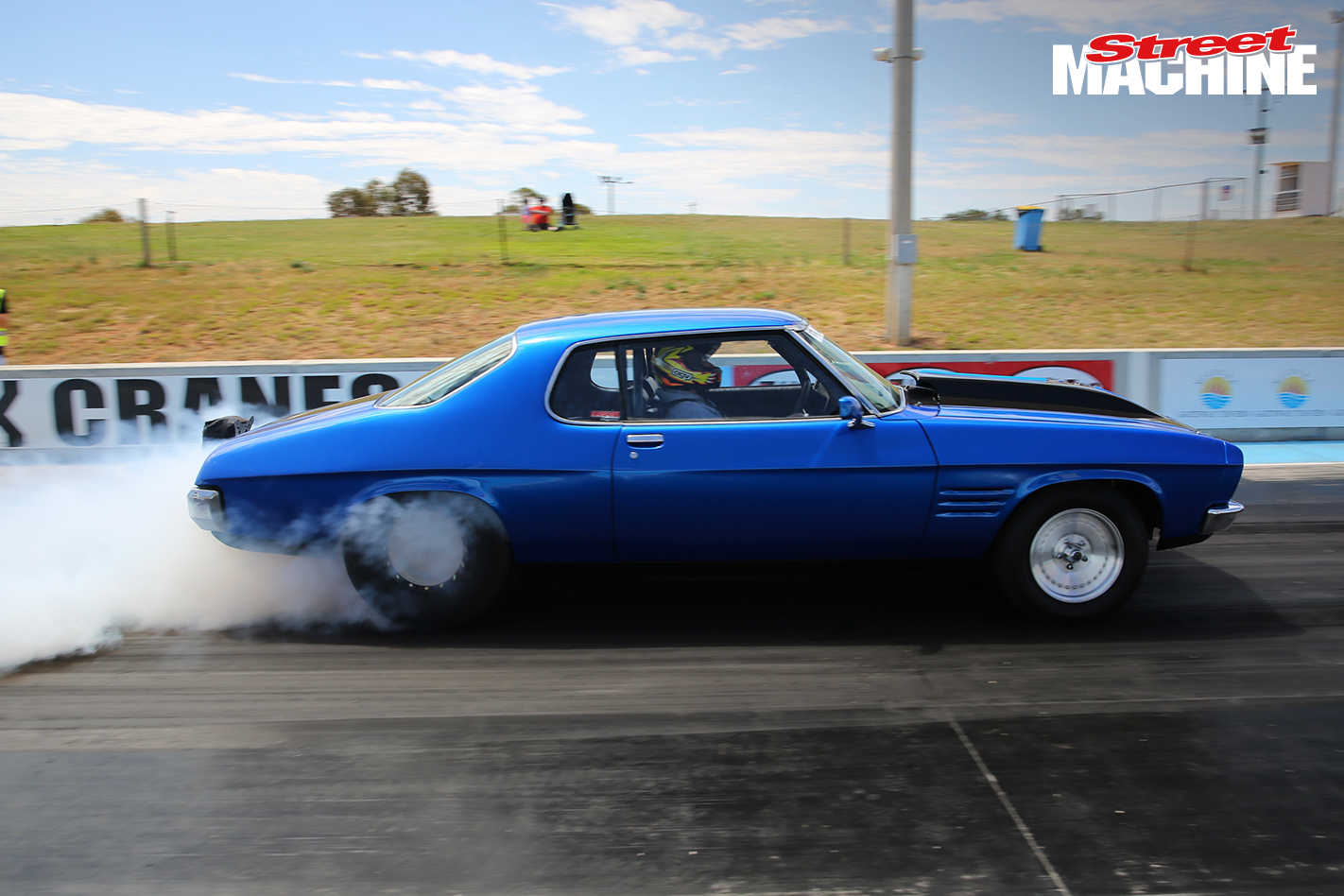 To calculate today’s standings, we simply take each driver’s nominated timeslip from each track and add them together and for the third day in a row, Bubba Medlyn is out in front, with Adam Rogash in second and – by a bee’s franger – Drewy in third. Let’s check out how each of the classes are looking: 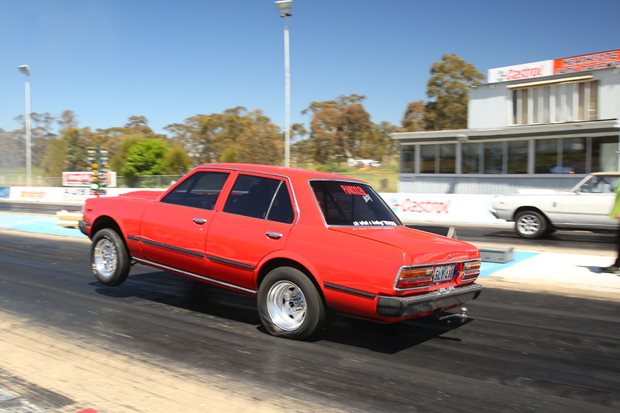 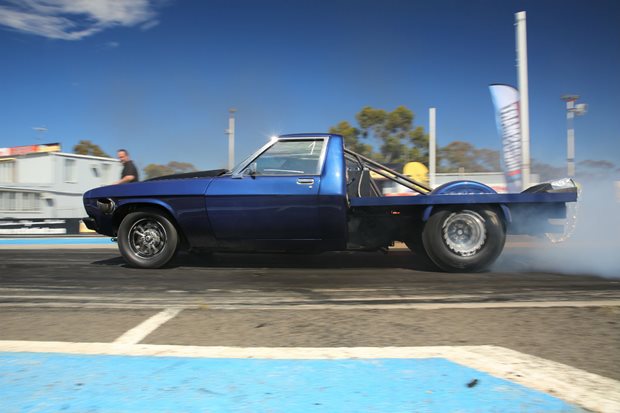 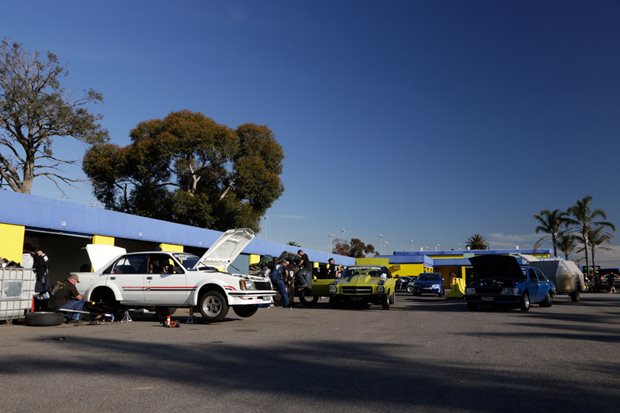 Highlights from day one of Street Machine Drag Challenge 2016