THE Street Machine Drag Challenge crew became the first people to run down the brand-new Swan Hill quarter-mile on Thursday. And HQ one-tonner pilot Jarrod Wood became the first racer to record a seven-second pass at the new facility. In the process, he joined Terry Seng and Adam Rogash in the Drag Challenge seven-second club, and will score the elusive red cap tonight at presentations. The pass also made Jarrod the quickest and fastest DC entrant ever – for now. The time? 7.81@182mph.

The 4000lb tonner was built specifically for Drag Challenge competition and it is a wild bit of gear, with almost 600ci and running a pair of Pro Mod 88mm turbochargers. It takes a bit of work to convert the tonner from race to street spec, but it is clearly a well-thought-out package.

Jarrod is currently sitting in fourth place overall in this year’s Drag Challenge, after struggling to get traction earlier in the week. We can’t wait to see what he does tonight at Calder Park. 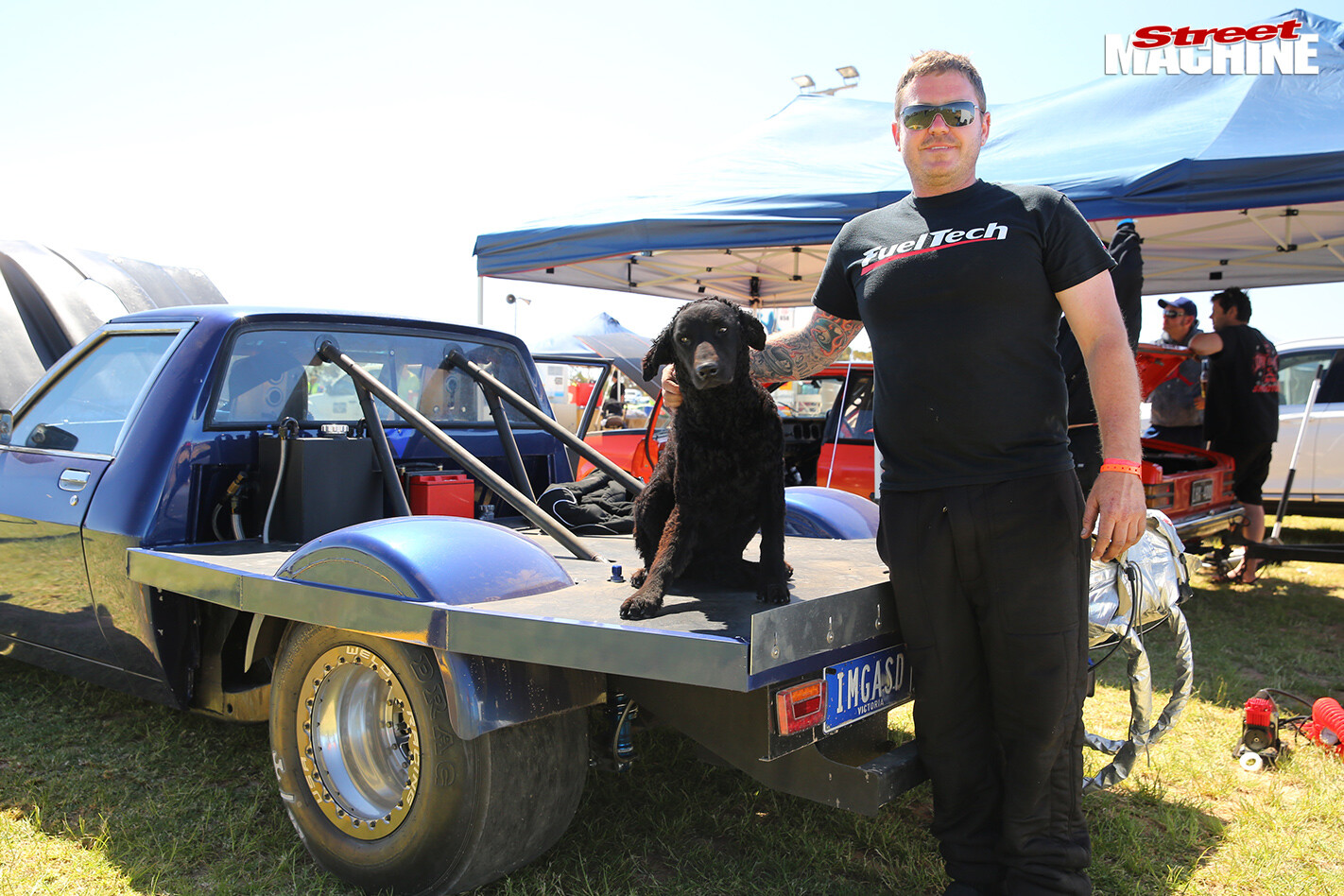 Update: Jarrod and the tonner went even faster last night at Calder Park with a 7.71 @ 184mph, becoming the fastest car ever at Street Machine Drag Challenge!