A killer group of cars are ready to rock in Queensland's toughest street car test!

WE had a massive day at Willowbank Raceway, processing 130 street cars ready for Drag Challenge Weekend! 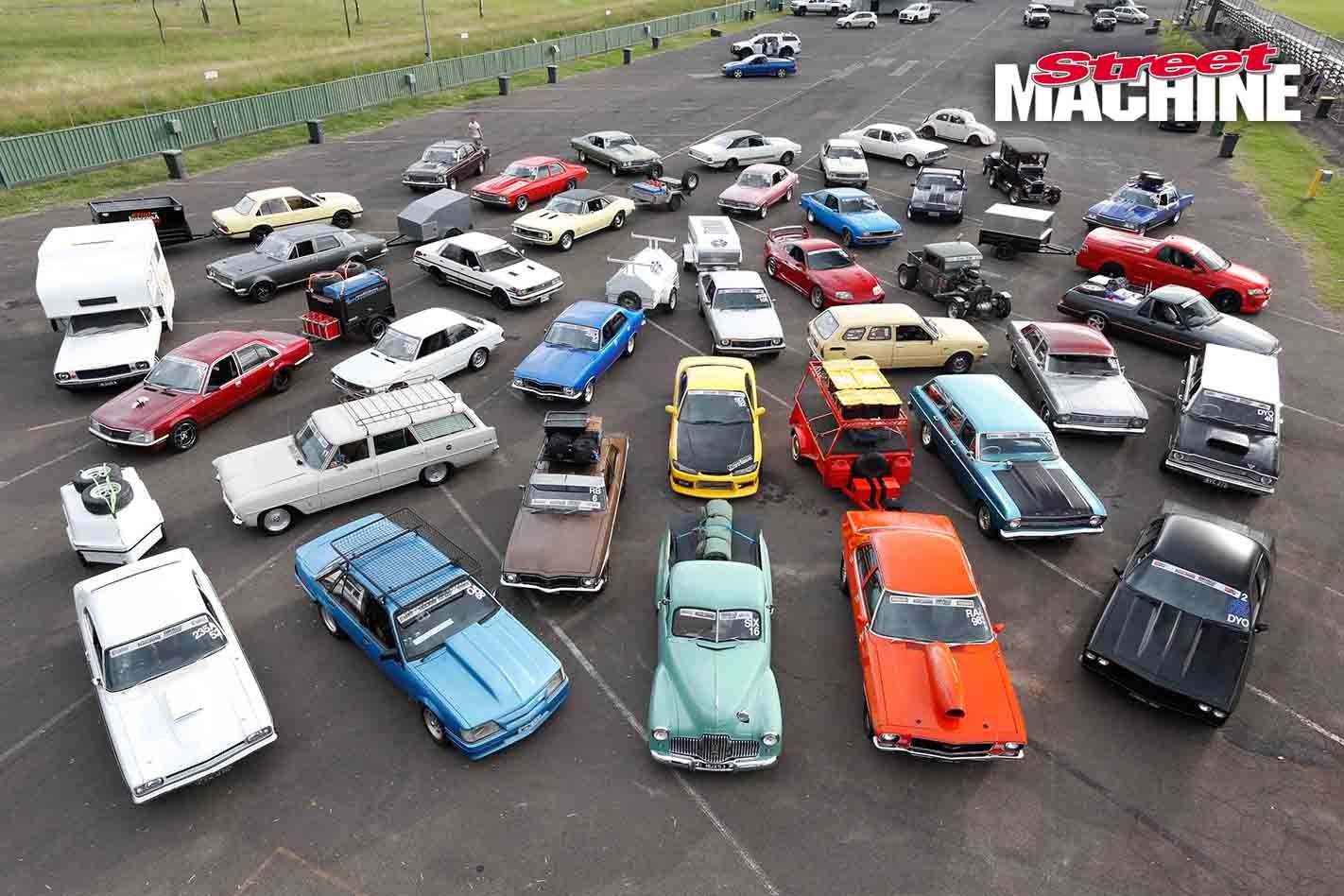 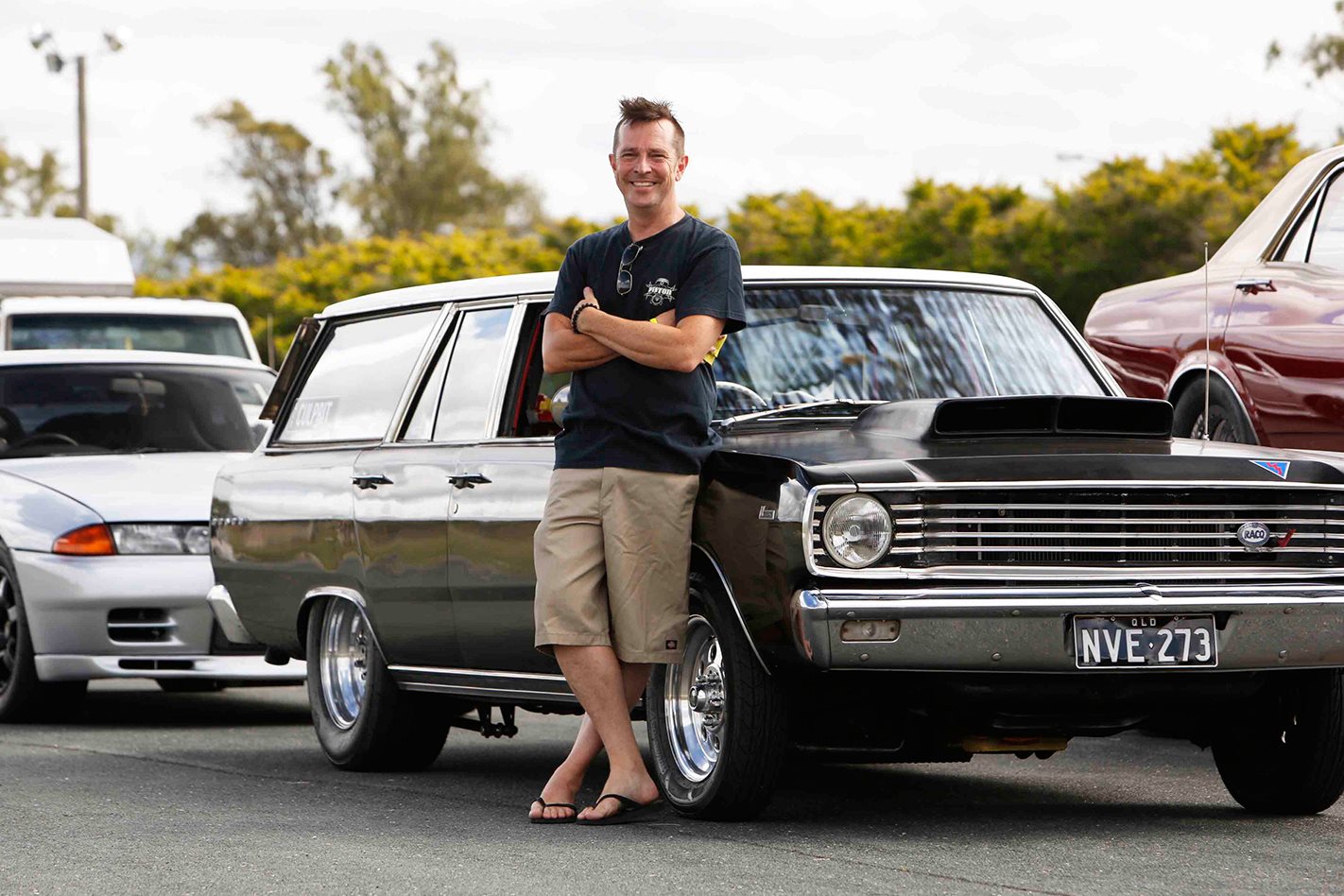 With its 360-based 408 stroker, a 727 auto and 8 ¾-inch Dodge rear end, the driveline in Mal McIntosh’s 1968 Valiant Regal Safari is proudly all-Chrysler. Breathing through a Holley 750, a set of fresh WZ heads and solid roller cam, the 585 cranky horse car has run 10.84/123 at Willowbank. Brisbane-based Mal is running in K&N DYO 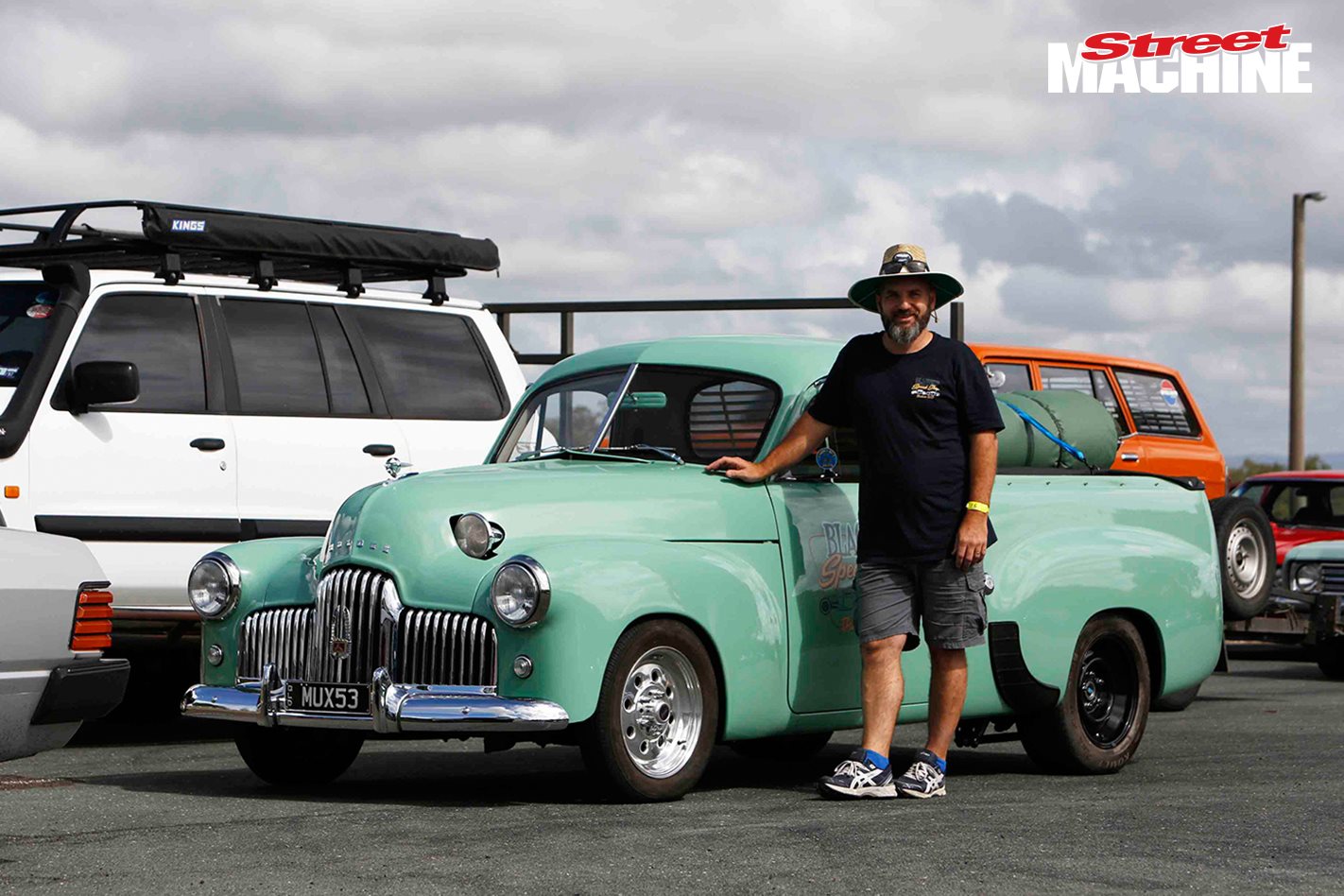 Turbocharged and fuel injected tech on the grey motor makes Mark’s FX ute cooler than a bathtub full of ice and beer. With a Powerglide and Borg Warner swinging off its Gazzard-tweaked rear, it’s run a 12.6 and Mark is hoping for good things in the XR6 Developments Six Cylinder class 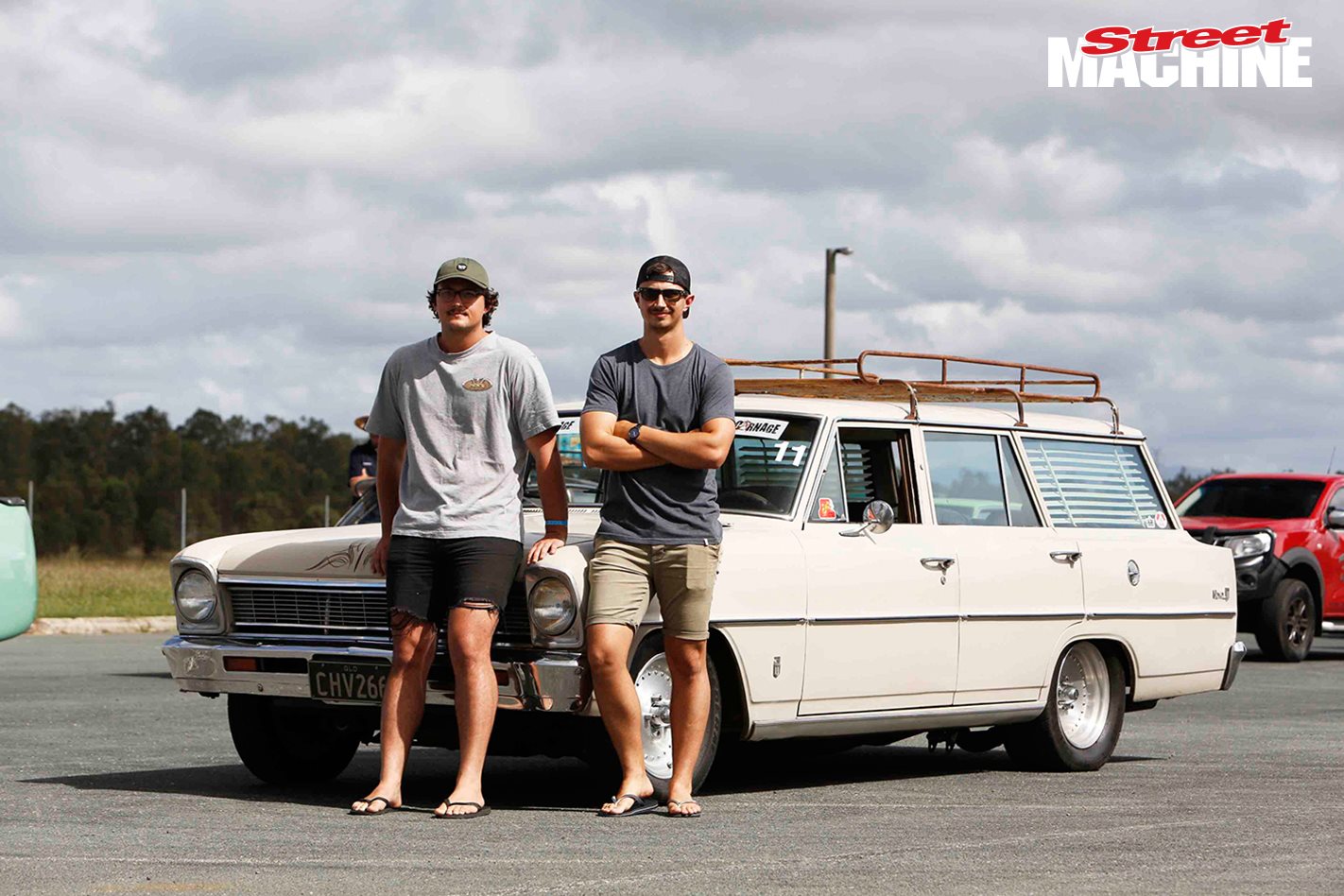 “We’ve killed few components over the years,” grins Sam of his beautiful beige 1966 Chev Nova. The 383ci/TH400/9-inch Chev looks almost stock under the bonnet but it’s good for a 11.64-second pass. Sam and brother Josh (with beard) is hoping for a reliable result in the 235 Aspirated class 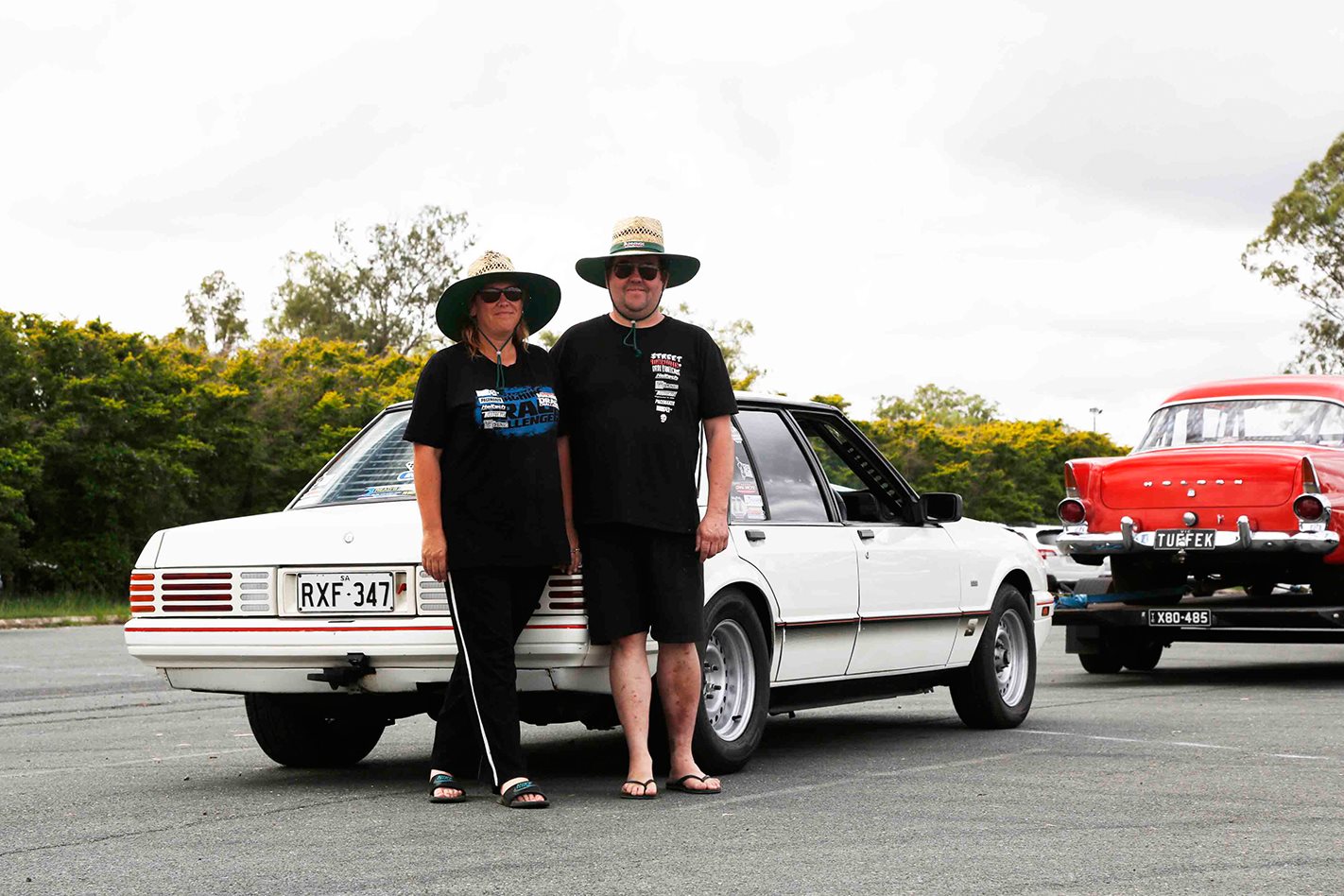 Turbo LS power is what gets Corey and Katrina Read’s XF Falcon to the end of the strip. The Kadina, SA couple had the heartbreak of engine killing oil surge on day one of Drag Challenge last year, but after an upgrade to a 6.2-litre LS3 under a 75mm Borg Warner turbo, they’re looking forward to a fun time in the Haltech Radial Blown class at DCW 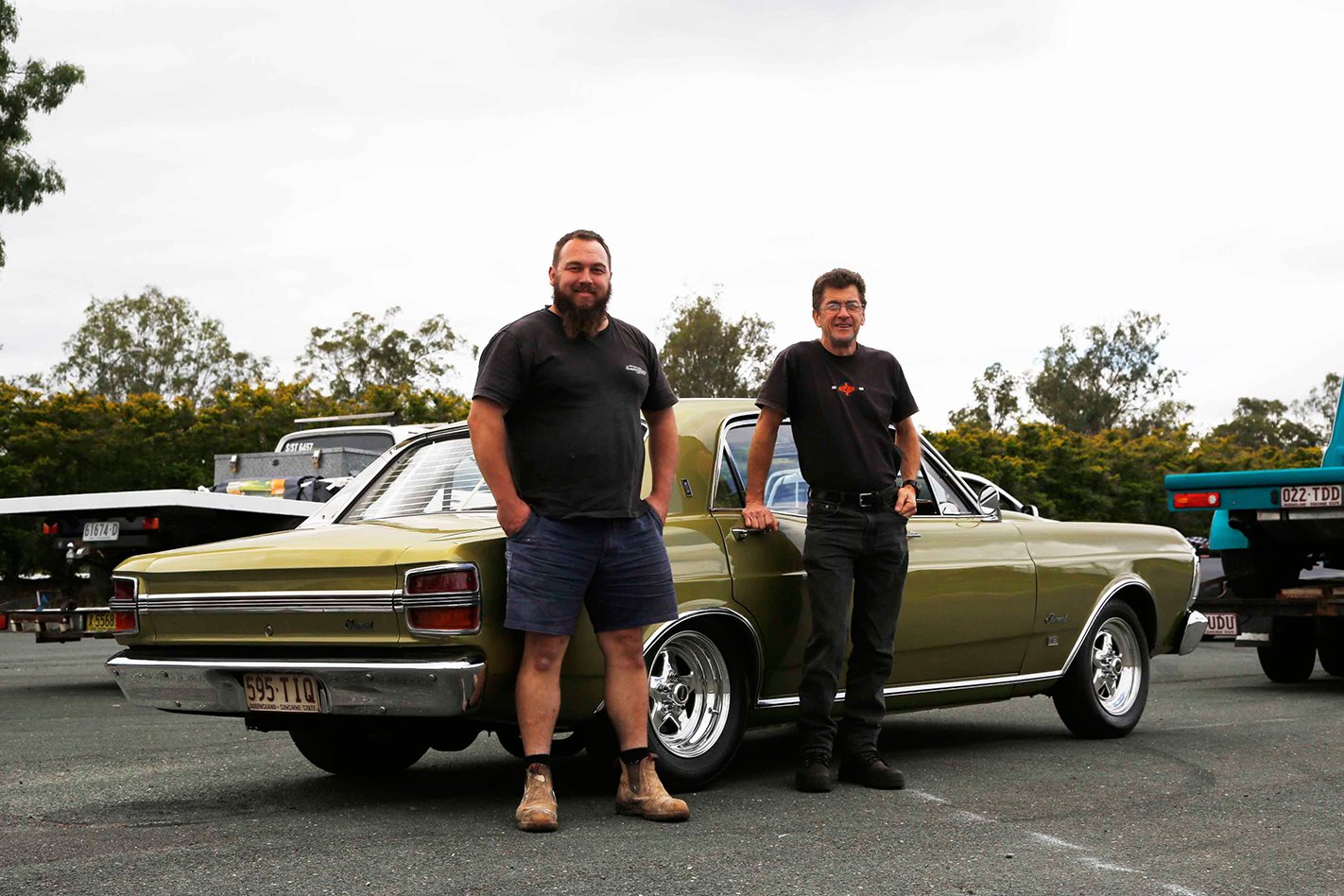 Lee’s Fairmont has been on the road for seven years but with a fresh Scat-cranked long rod 302 in it, it’s run a recent 12.2 aspirated. With a little hit of gas, Lee and his dad Terence are aiming for mid-11s in the Tuff Mounts 235 Blown class 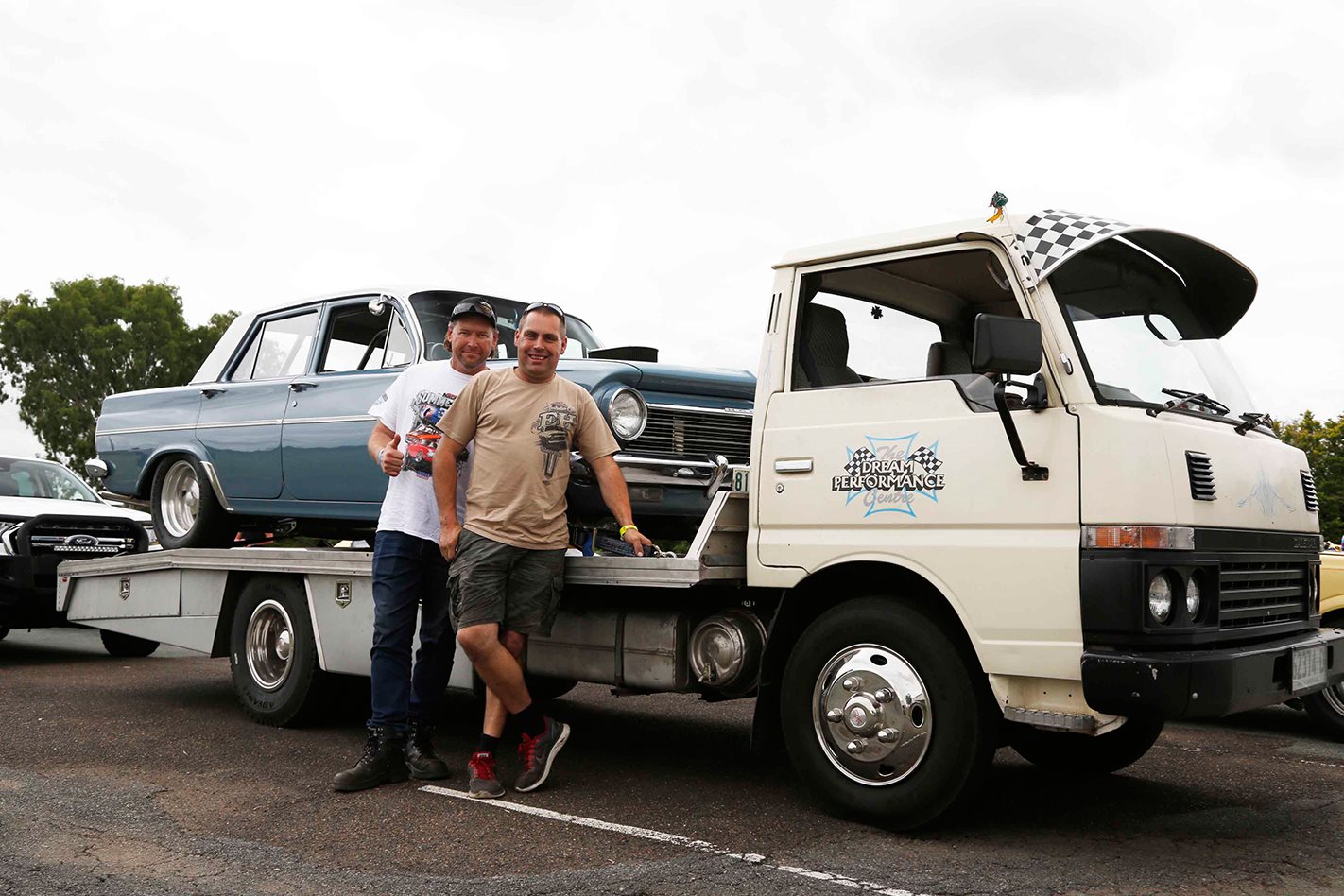 Two weeks ago Adam’s DCW entry Holden Tonner caught fire at Sydney Dragway and although it didn’t burn to the ground, it was too badly damaged to be here. Instead, Adam has brought this supercharged 5.0-litre V8 EH Holden, a car he built 25 years ago. Aided by his mate ‘Flash’ Gordon Geerts,  Newcastle-based Adam is hoping to better the car’s 12.6 in the K&N DYO class 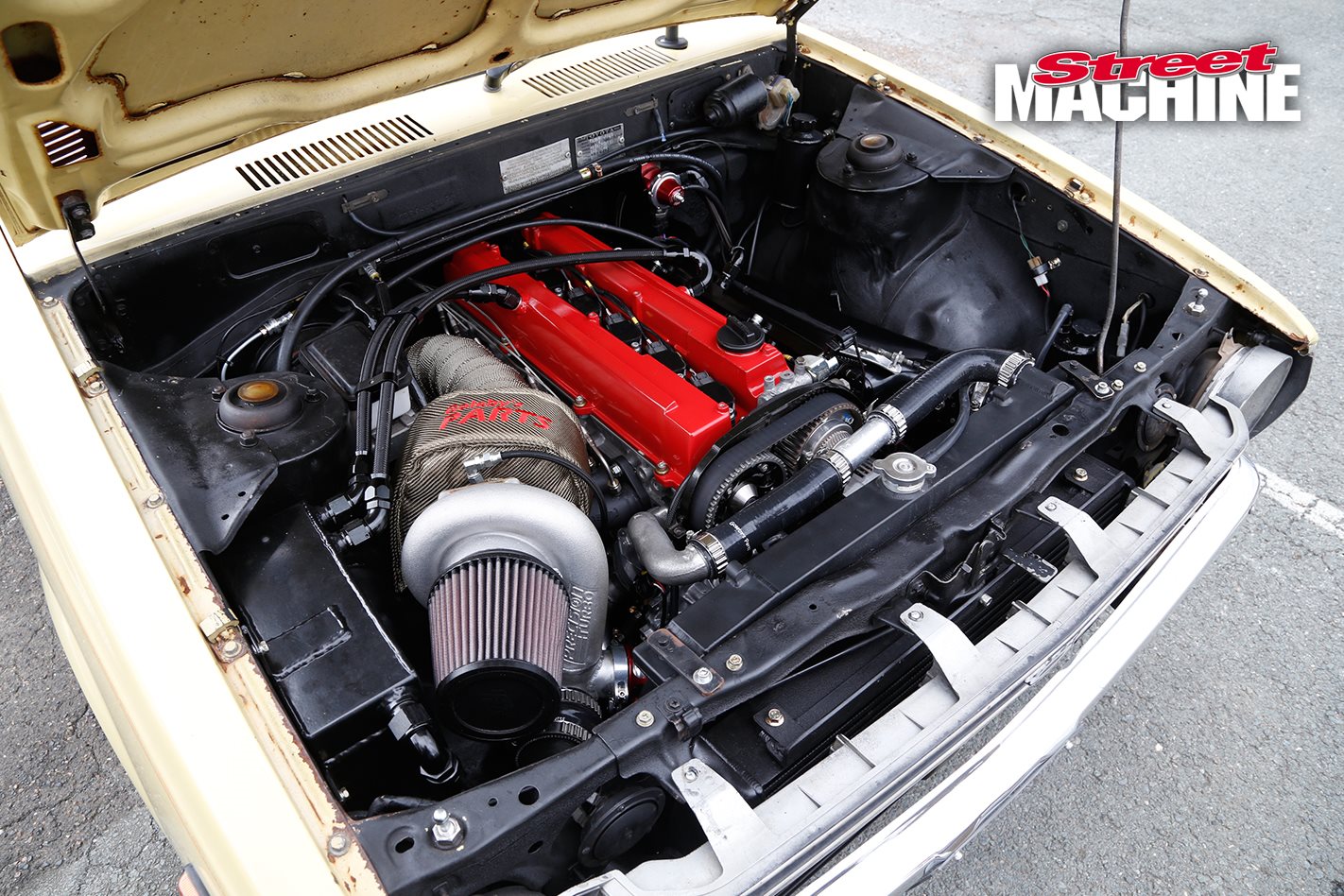 Contender for the sleeper award is Kristian’s Corolla wagon. Running an ex-Chaser 1JZ turbo six-cylinder, A340 four-speed auto and 1970s Hilux diff, the 700hp all-Toyota driveline has pushed the little wagon to an 8.77/155mph. Now with an extra 100hp at the treads, Kristian will be a feller to watch in the Tuff Mounts 235 Radial Blown class 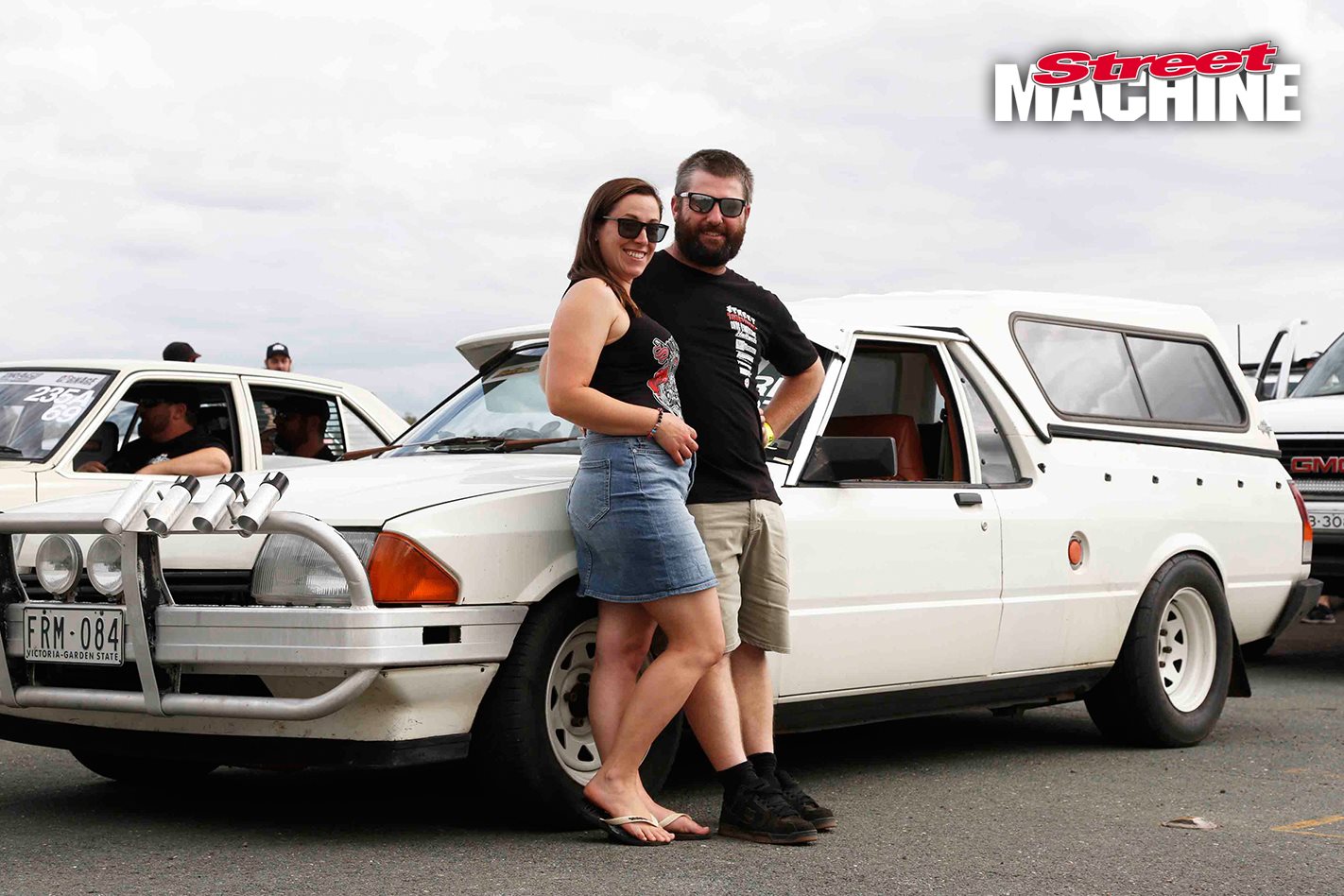 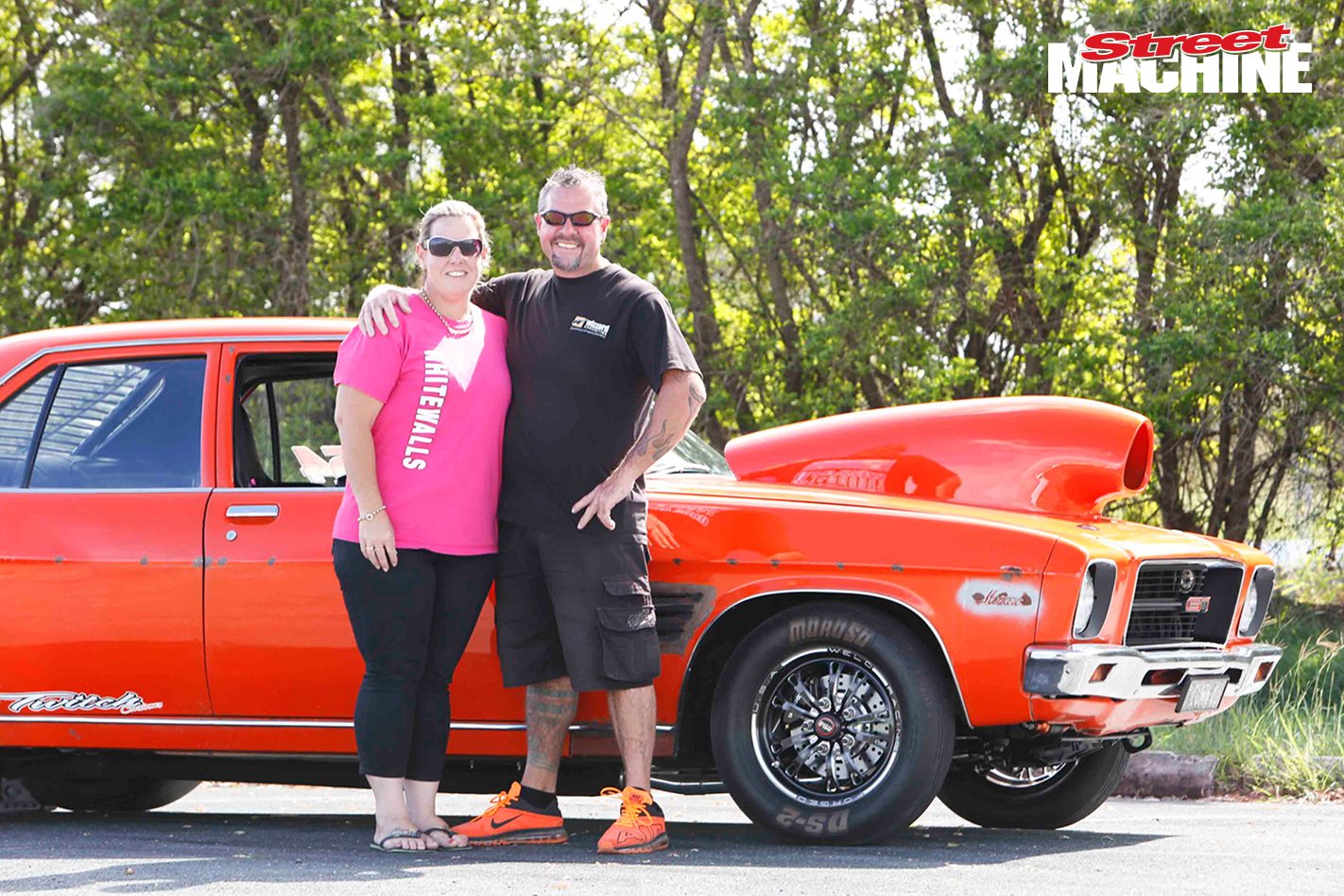 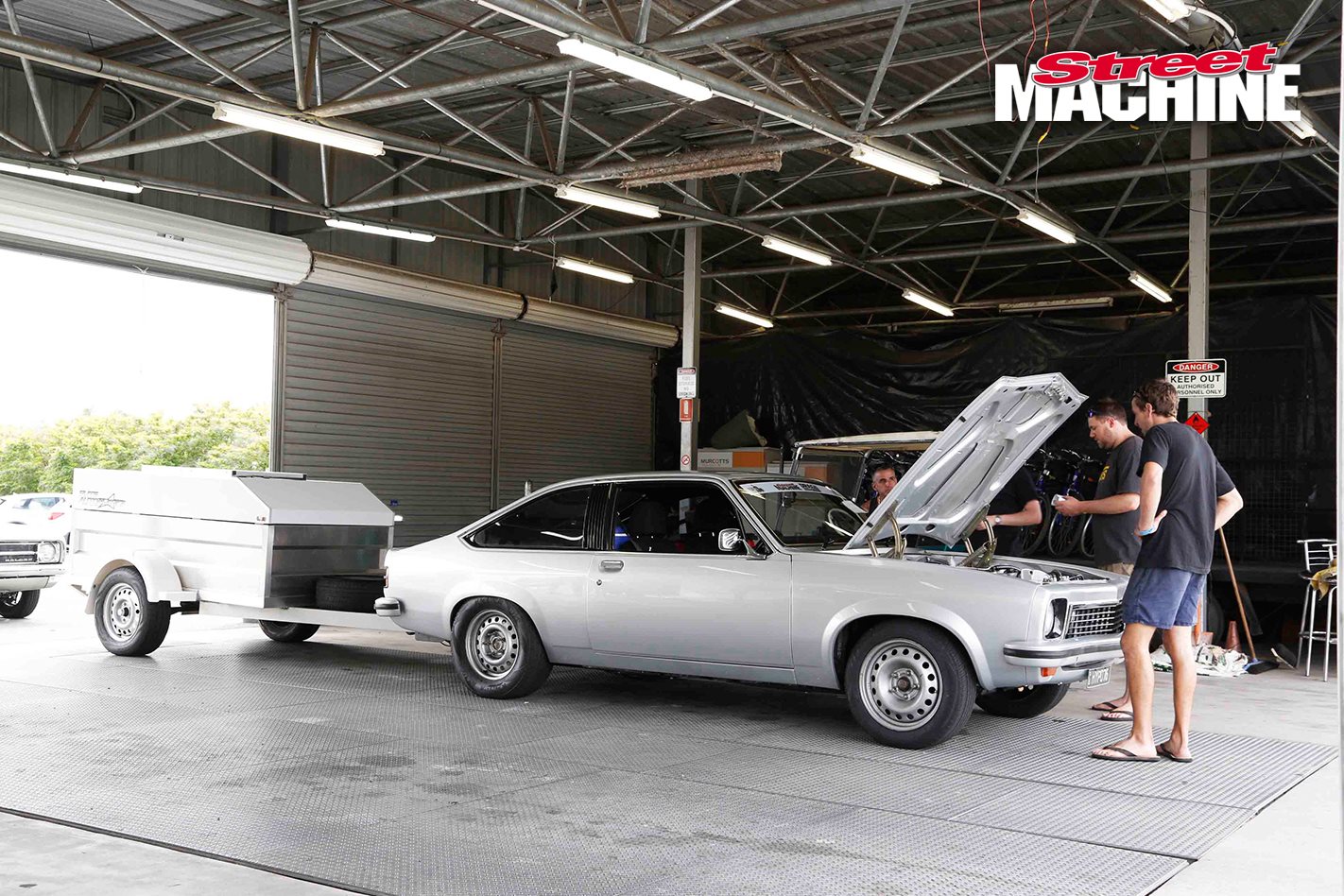 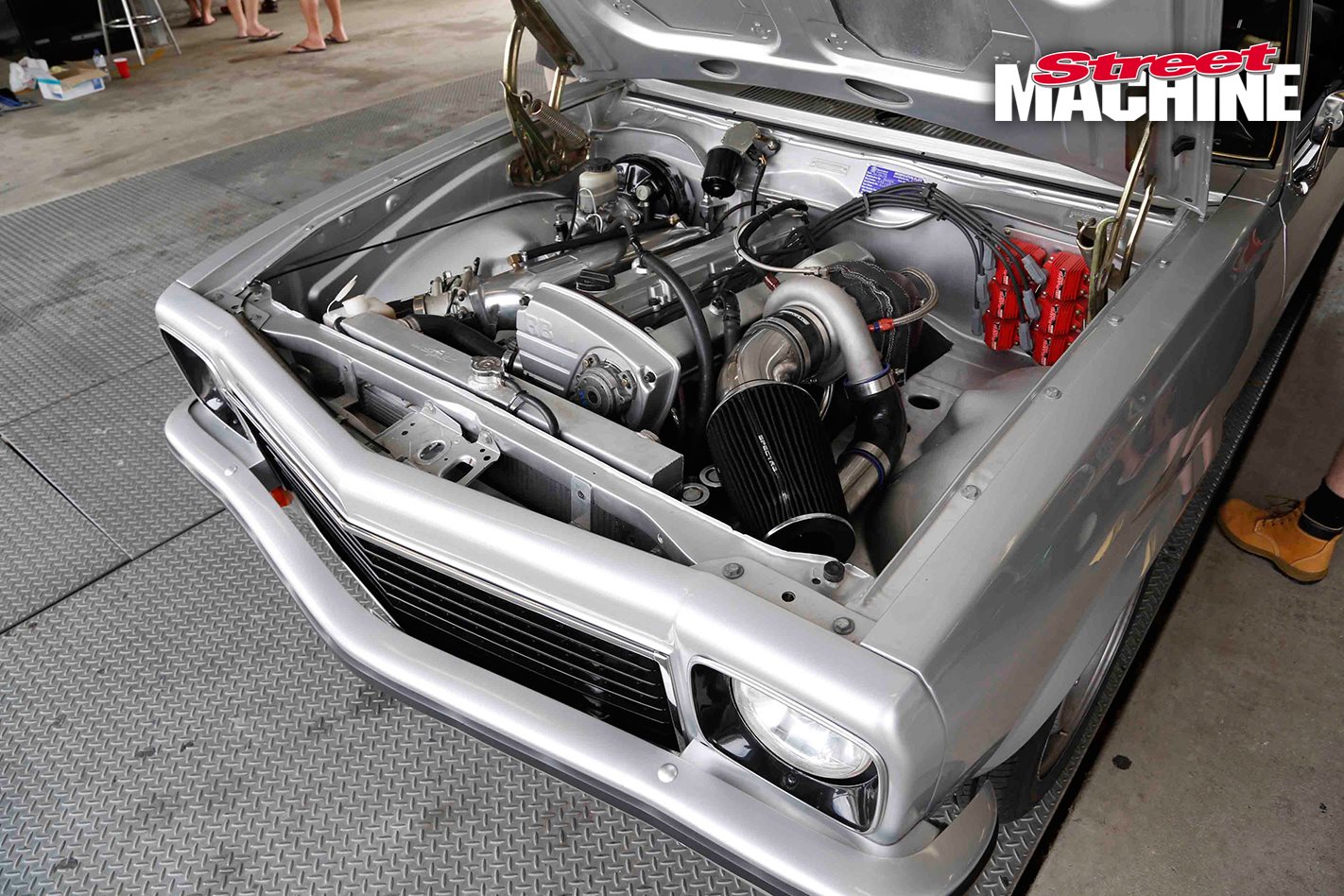 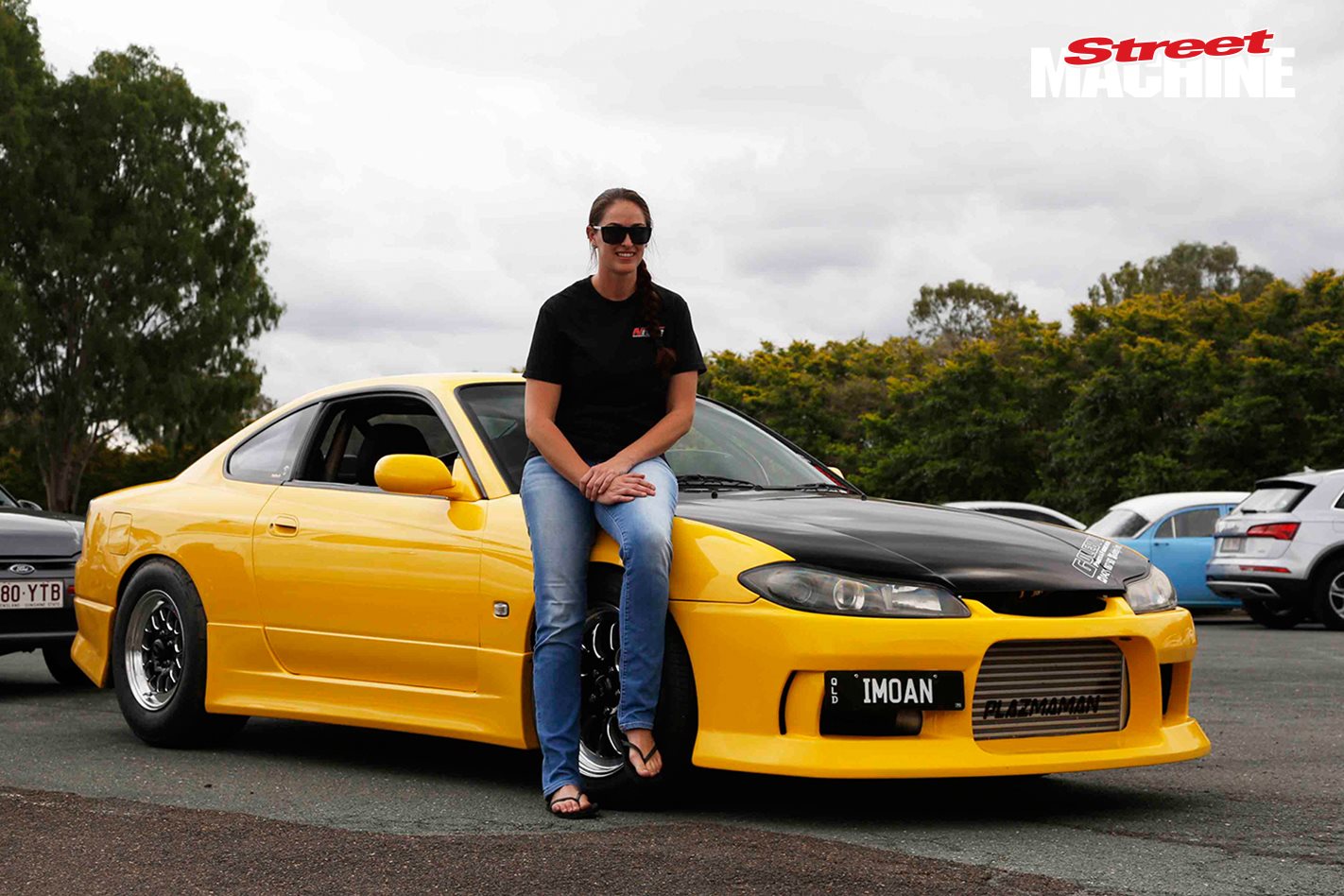 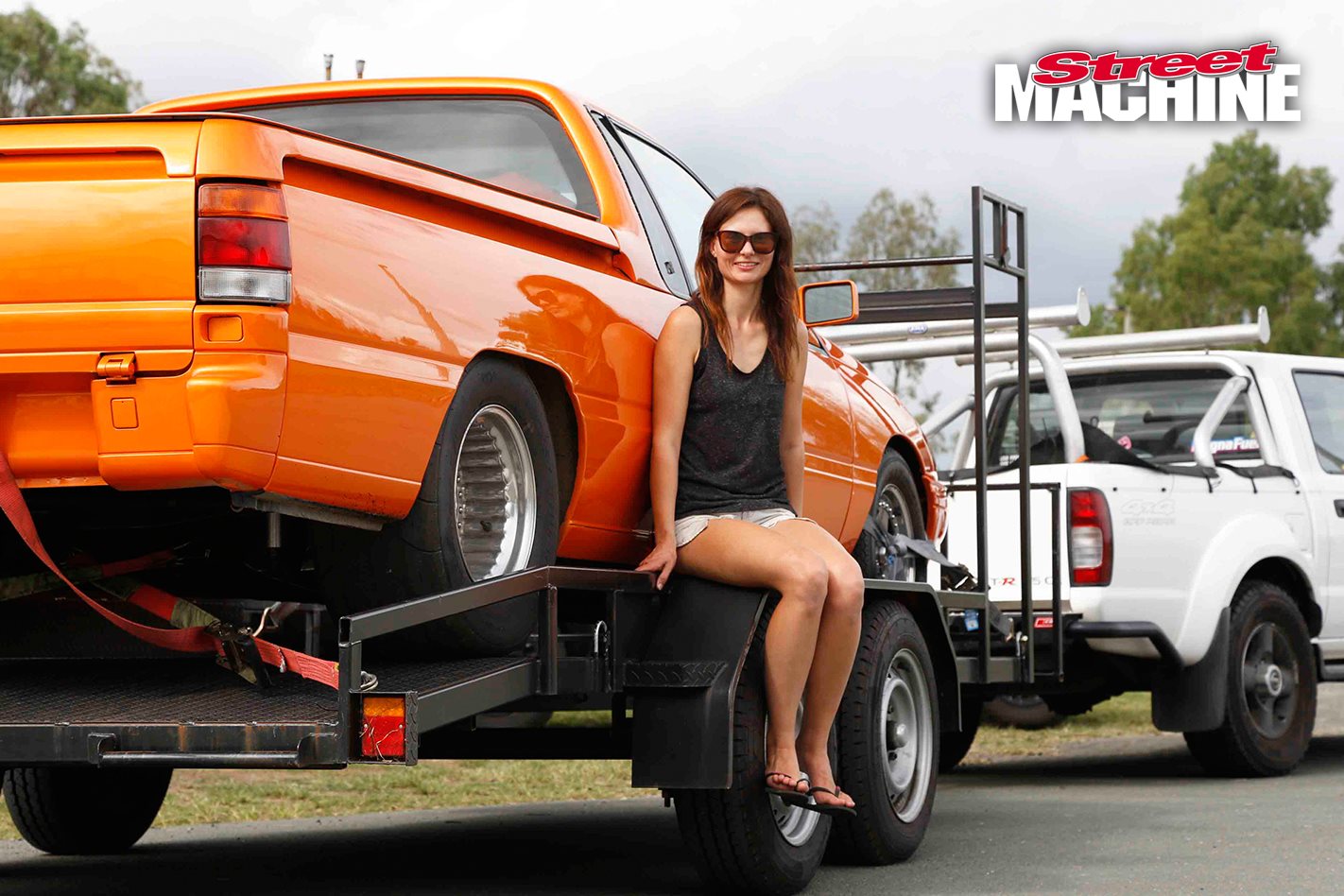 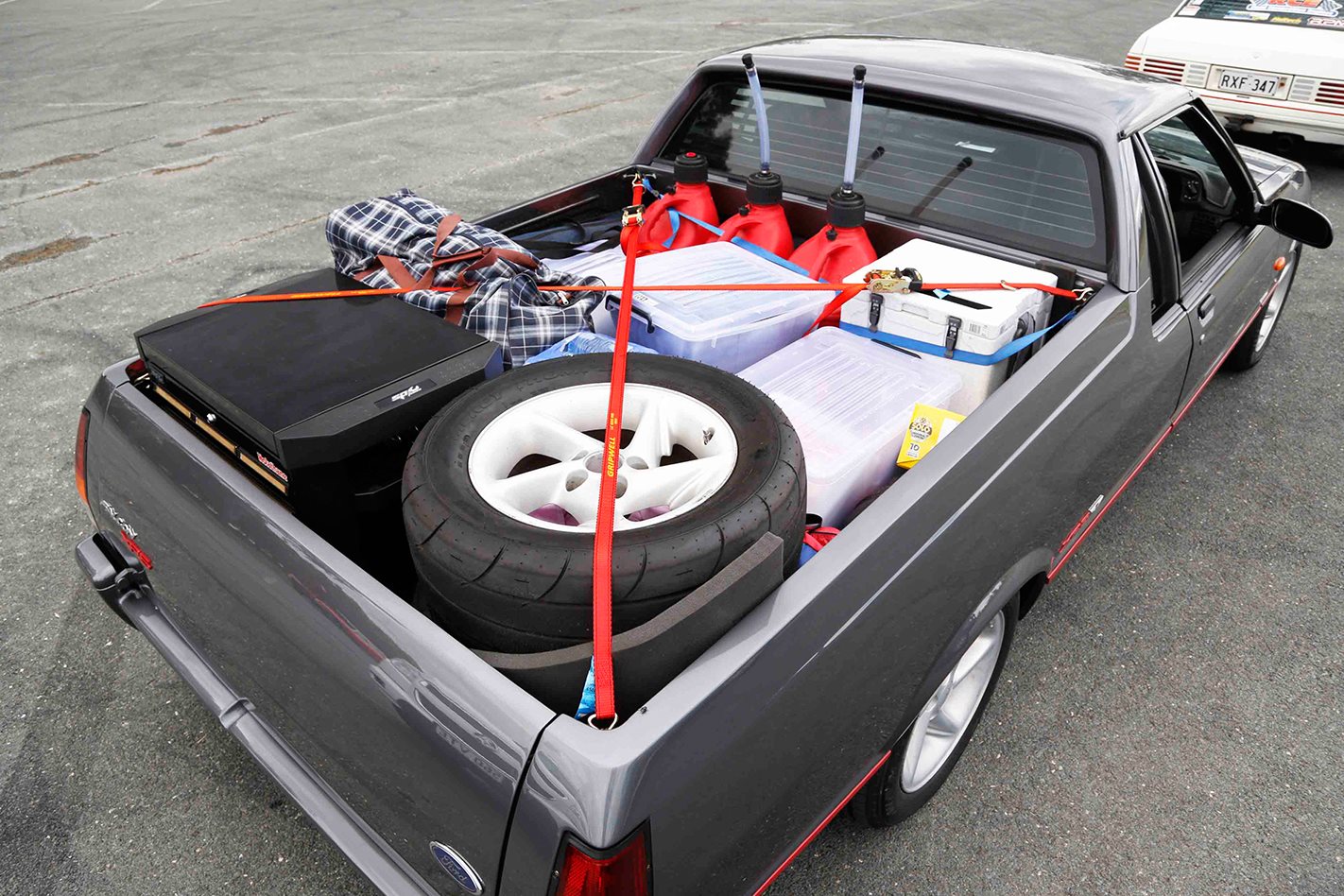 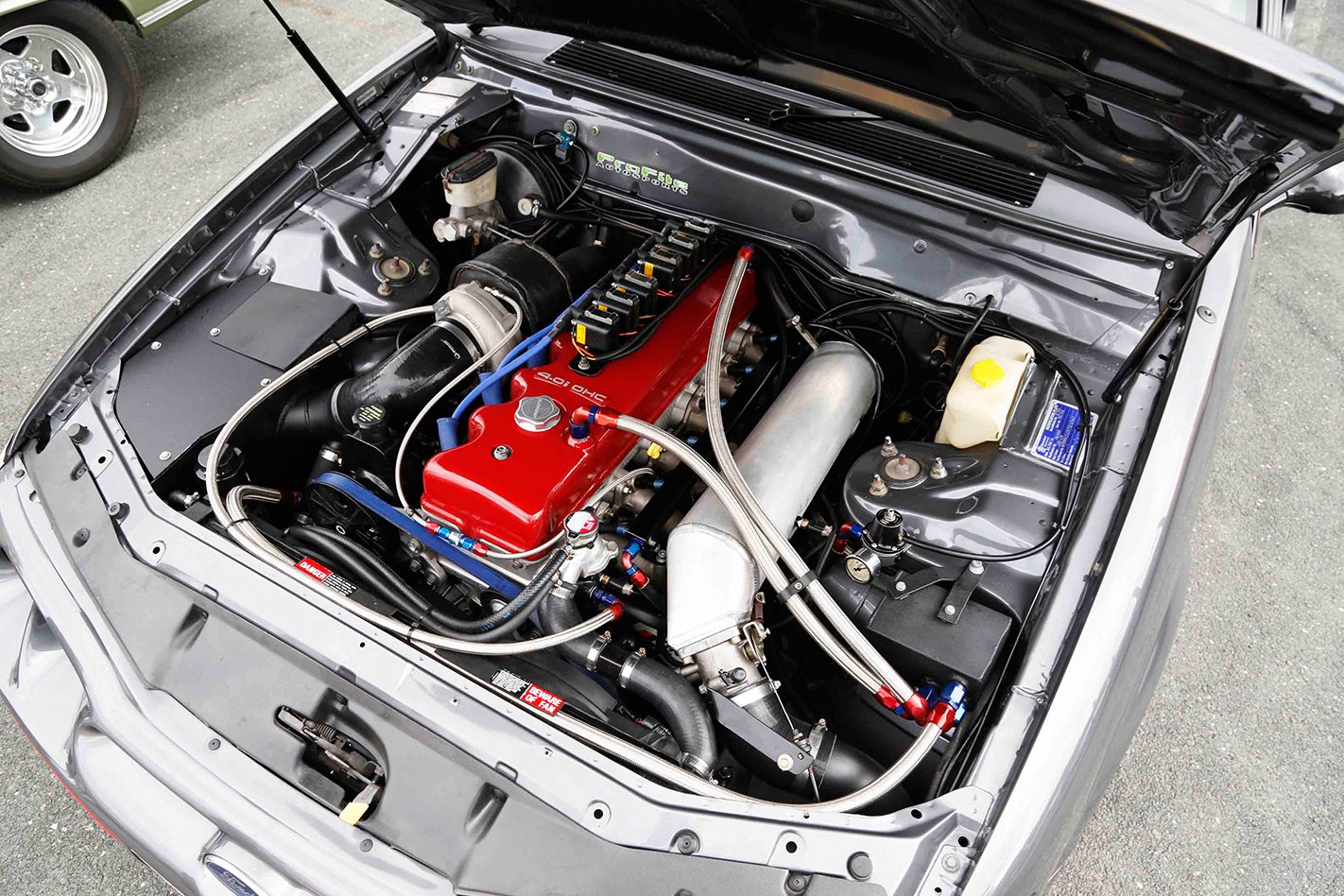 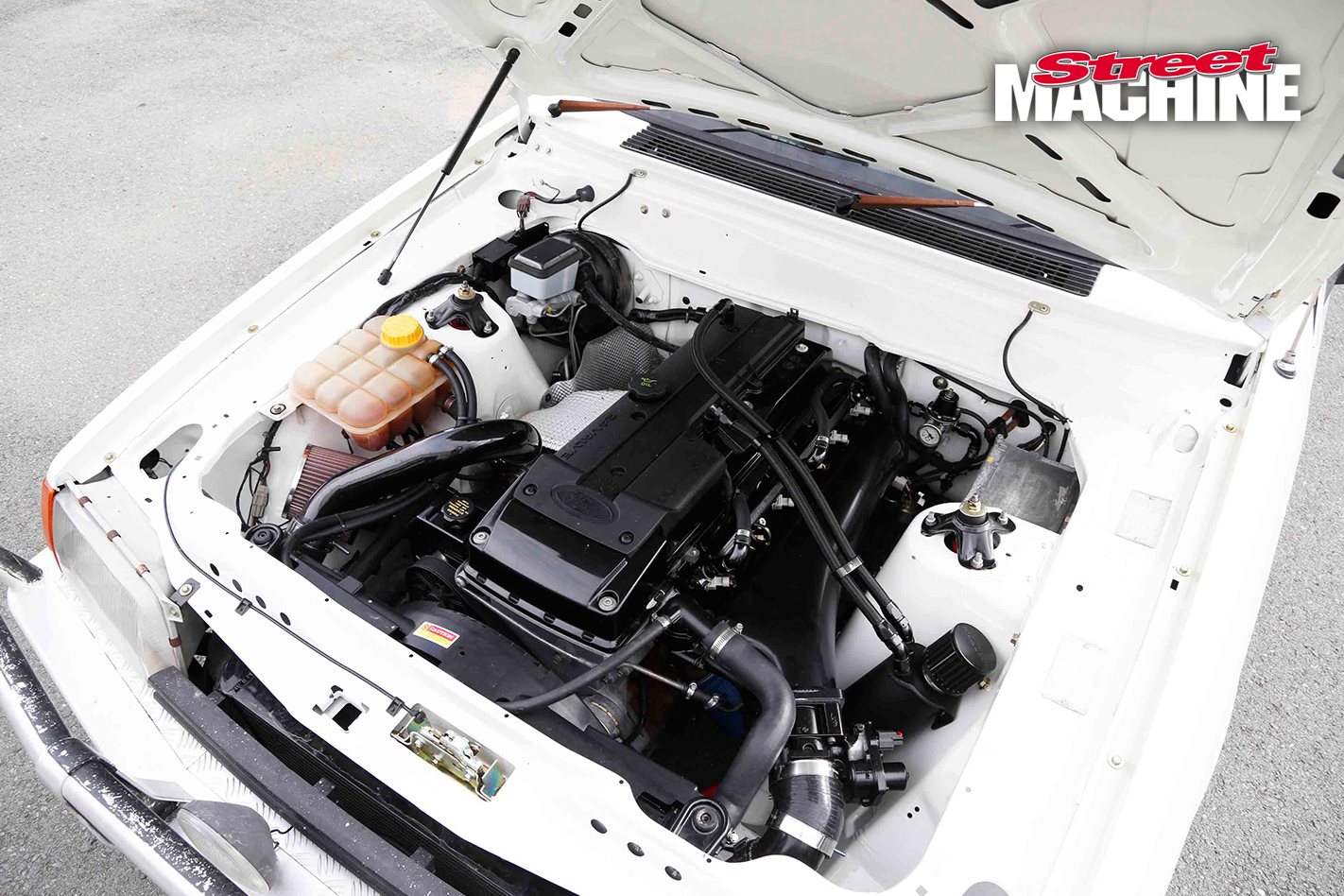