WITH the inaugural Street Machine Drag Challenge Weekend just around the corner, a bunch of Queensland locals are throwing their hat in the ring for the first time, including Brisbane-based Ben Vlekken in his mega-tough VH wagon.

Having gone as quick as 8.74@158mph at Willowbank, Ben has the form to run towards the pointy end of the field, and will be competing in the Radial Blown class.

Ben bought the car as a roller back in November 2016, and got stuck into repowering it with his good mate Ricky Fenwick. The engine is a 6.0-litre L98 with a factory crank and aftermarket rods and pistons, topped with CNC-ported GM 821 heads. 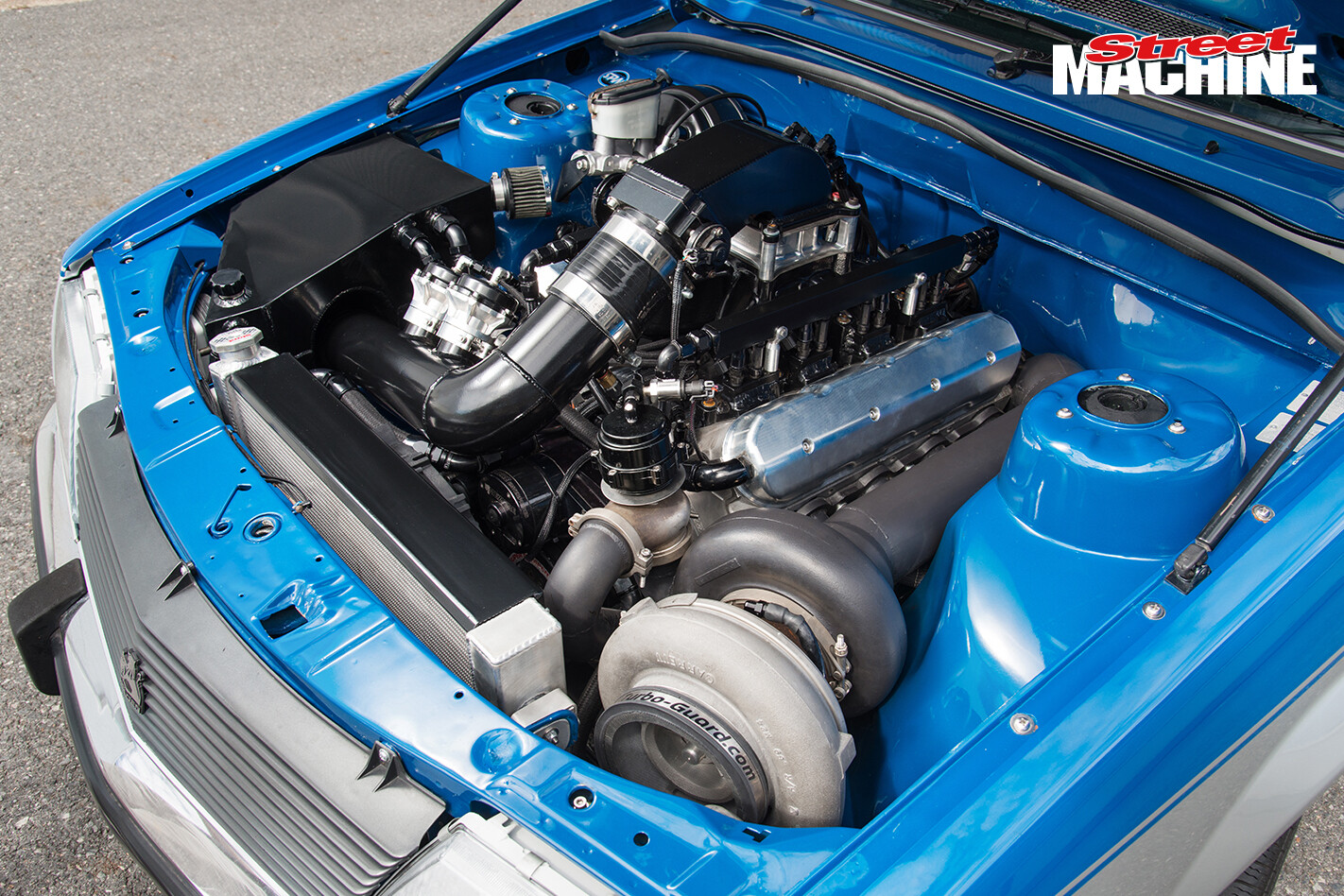 The turbo is a Garrett GT4788, and the manifolds and turbo system were fabbed and tacked together by Ben and Ricky, then fully welded by Spot On Performance. A mechanical fuel pump delivers E85 to the engine, and fuelling and ignition are controlled by a Holley HP ECU.

Ben is the proprietor of Elite Automatics, so the car doubles as a transmission test bed and rolling business card. It’s currently fitted with a full-house Powerglide, which funnels grunt back to a spooled 35-spline nine-inch.

Being an automatic transmission guru could prove to be a handy asset to Ben’s Drag Challenge Weekend campaign; we’ve seen transmission failures stop competitors in their tracks on plenty of occasions. “Although I bought the car as a roller, it’s really only the paint and interior that we haven’t changed,” Ben says. “We re-did everything right down to the fuel system and wiring, and Ricky does the tuning, so we’re very familiar with the car and I’m hoping that will help us diagnose any issues we might have on the road.

“Because it’s a wagon, I usually just throw all my gear in the back and drive to and from the track, but we’ll need to carry fuel for Drag Challenge Weekend, so I think we’ll tow a trailer. This event is pretty much in my backyard, but I hope to treat it as a trial run for the five-day Drag Challenge at the end of the year.”

Ben has been steadily chipping away at reducing the wagon’s ETs, and is doing plenty of street miles to shake the car down ahead of the event. “I like the challenge of possibly being in a situation where you have to work something out for yourself; it makes you think,” he says. “If I can run consistent low nines at every track, I’ll be stoked. And I want to finish the event, of course!”

Street Machine Drag Challenge Weekend kicks off at Willowbank Raceway on 13 April, before heading to Warwick Dragway the following day and returning to Willowbank on 15 April. Spectators are welcome!