JOSH Grant brought his Morpheus Purple VB SL back to the Turbosmart Outlaw Blown class for Drag Challenge 2018, looking to run in the nines and finish the week on a high in a car he’s owned since he was 14 years old.

His first-series Commodore runs a stock-bottom-end 3.8-litre Ecotec V6, with a Holset HX55 providing boost, and a custom water-to-air intercooler keeping a lid on intake air temps. The motor actually started life as a factory supercharged L67 donk, but Josh wasn’t interested in using the positive displacement pump, preferring the 20psi worth of fun the large Holset snail provides. 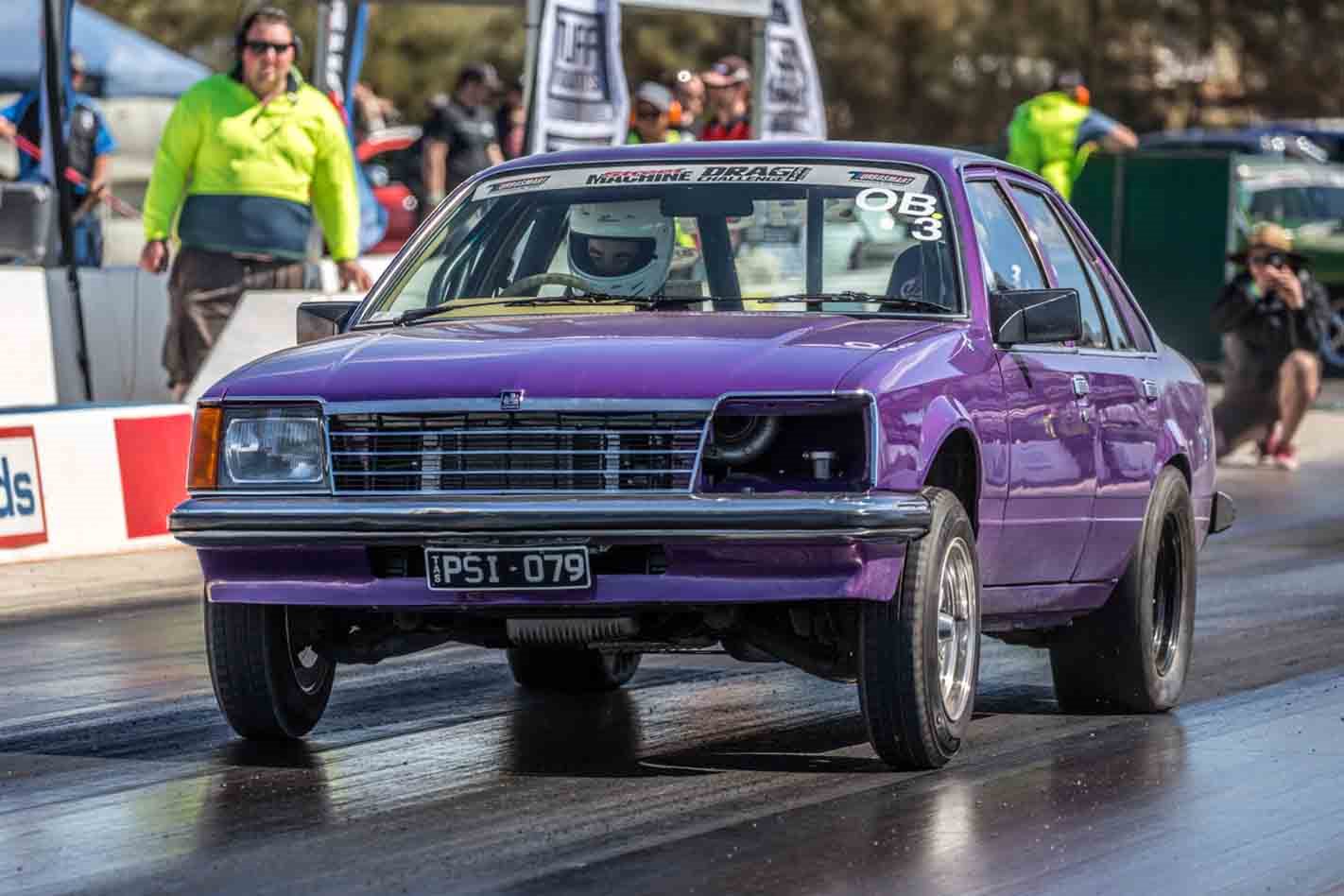 Engine management has changed in 2018 to an MS3Pro ECU, while E85 is the boost juice of choice, although he does have a flex-fuel system so the purple VB can run ordinary pump fuel if required. “I have been running it on straight E85, as I don’t want to dilute the ethanol content by adding petrol on road legs,” Josh says. “This is our third year, so we have our schedule down pat now. We get in and get some runs done before it gets too hot, then we can kick back and watch some racing. Or get on the road and make some time. It drives like a stock Commodore on the road, even with the ZZP Stage Five 230/224 cam and 1650cc injectors.” 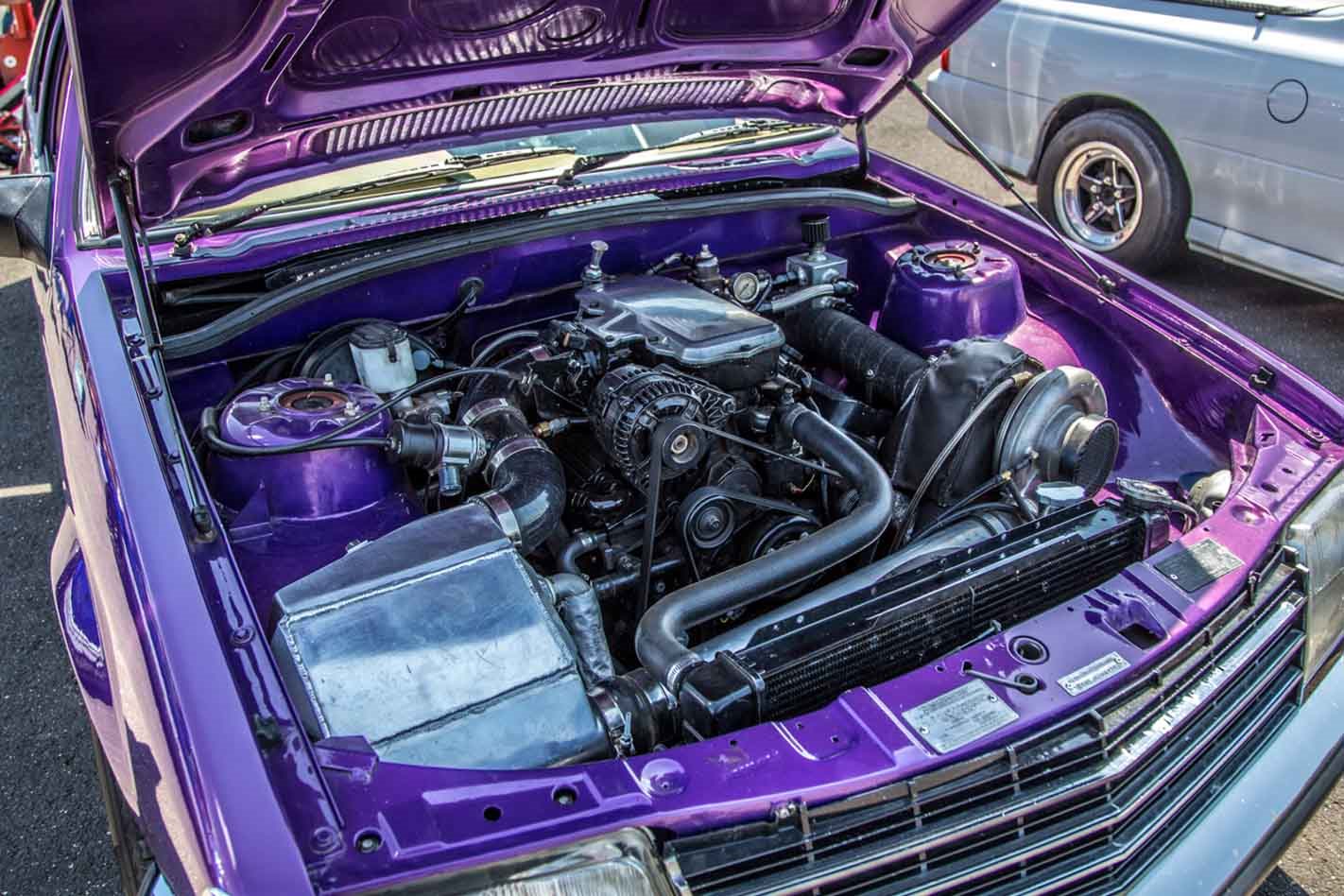 Behind the 3.8 is an Allfast 3800rpm converter, two-speed Powerglide, and a BorgWarner diff running 31-spline axles and a 3.45 centre out of a VL Commodore.

Josh managed a 9.82@134mph on the quarter-mile at Swan Hill on Day Four, showing the speed the combo has. “After Drag Challenge this year I’m going to build another motor for it, and that will be more serious,” he says. 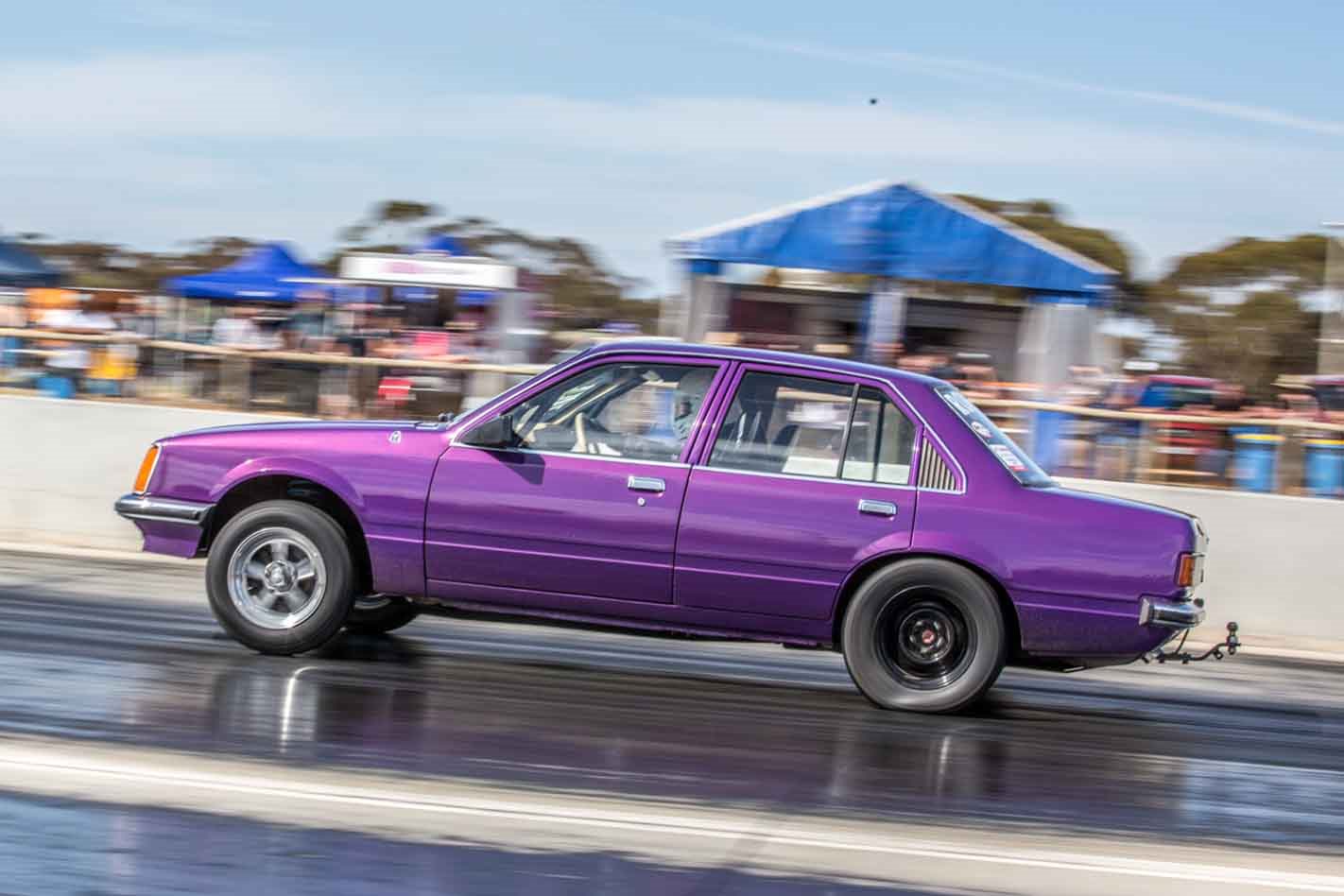