IT WAS a pressure cooker of a final day in Turbosmart Dial-Your-Own. The track conditions for the return to Willowbank were spot-on, and with a cluster of racers vying for first place with less than a hundredth between them, the question of who would end up with the smallest spread between their quickest and slowest times across the three days was literally coming down to the thousandths of a second. 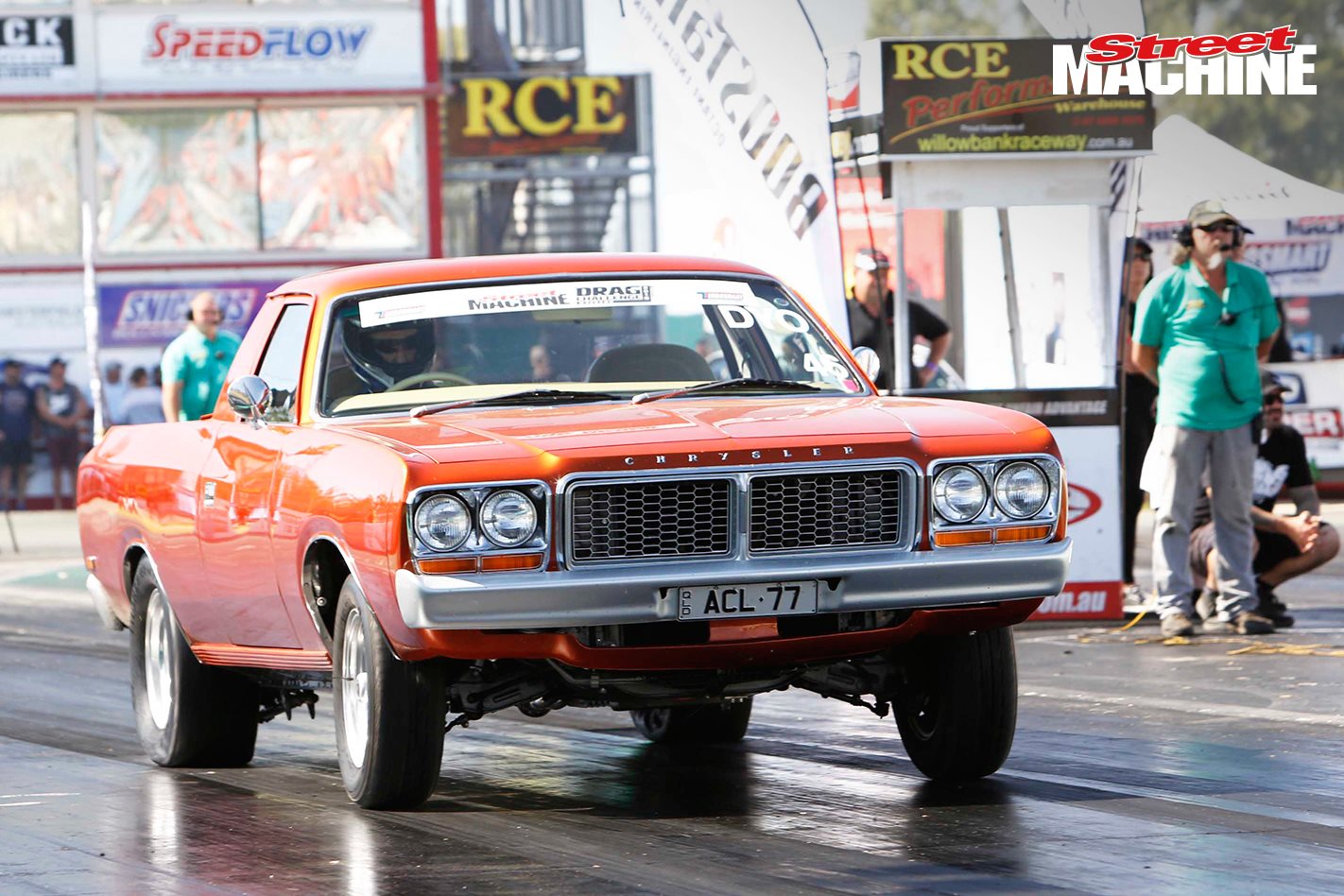 Andrew Dunnett’s immaculate CL Valiant ute was one of the many DYO cars cutting pass after pass like it was virtually circuit racing, looking to nail the perfect run and tighten the ET gap. After years of messing around with Hemi 265 six-cylinder powerplants, Andrew bit the bullet and built one of the first Gen 3 Hemi-powered Aussie Chryslers, backing it with a 904 Torqueflite trans and 3.89-geared nine-inch. With a 12.198 timeslip on Day One, the ute was a few tenths off its 11.89 best, but it was super-consistent over the three days, and after delivering a 12.199 on Day Three, Andrew was crowned winner of the Turbosmart DYO class with an incredible 0.00469-second split! 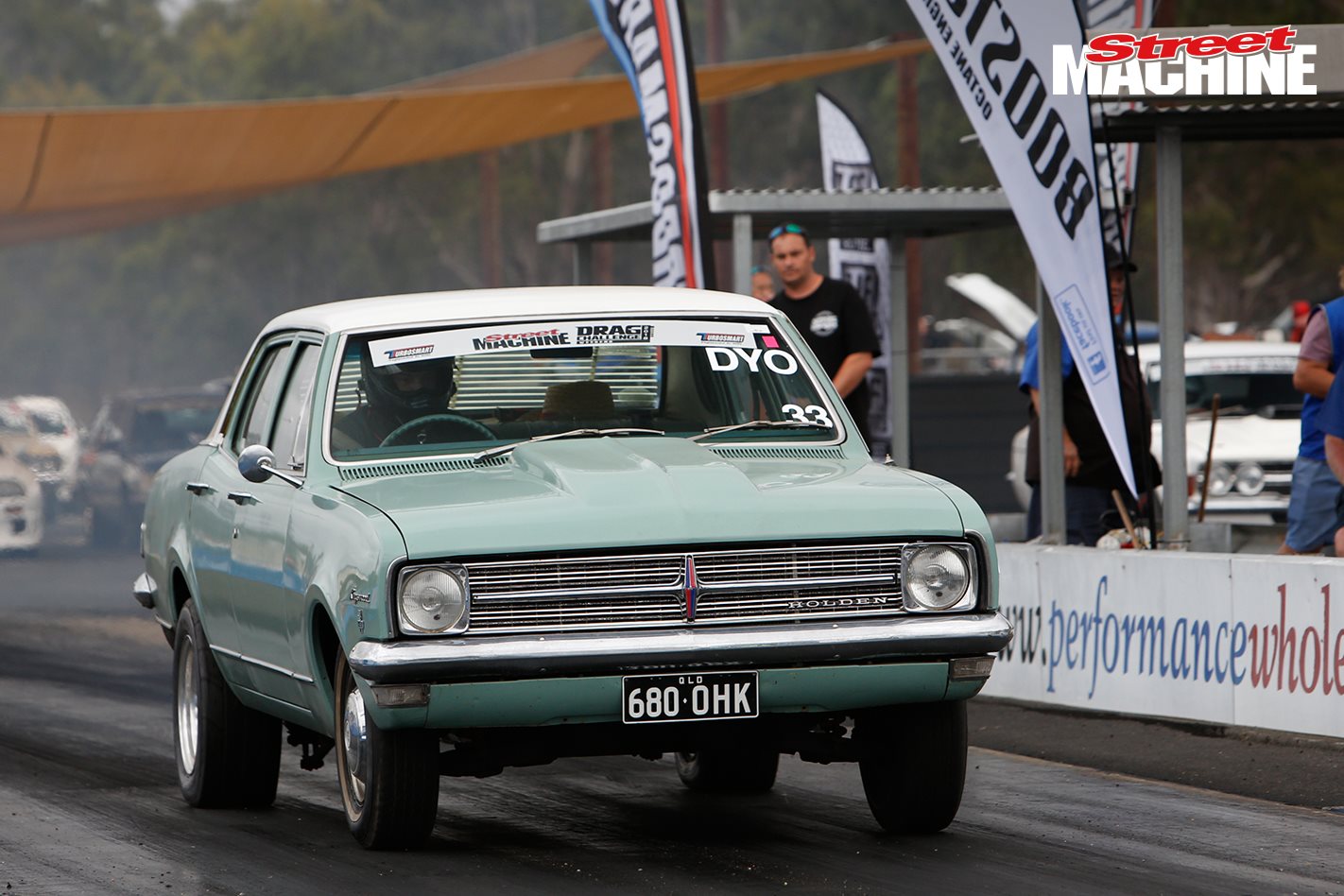 Since the dust had settled and numbers were crunched, the pairing of Stew Walsh and Dan Case were announced as the runners-up in Stew’s boat-toting HK Kingswood with a 0.00900 margin. 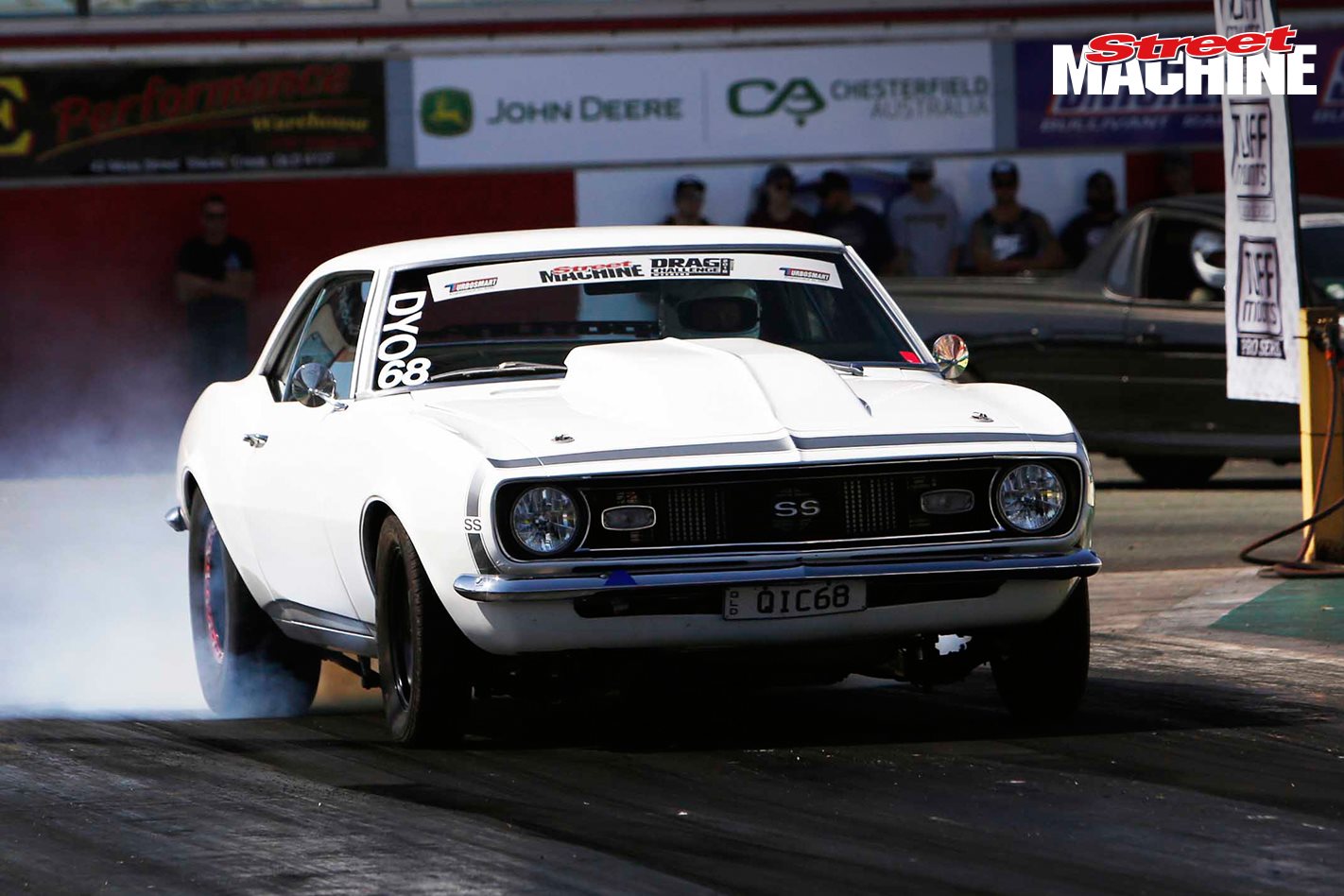 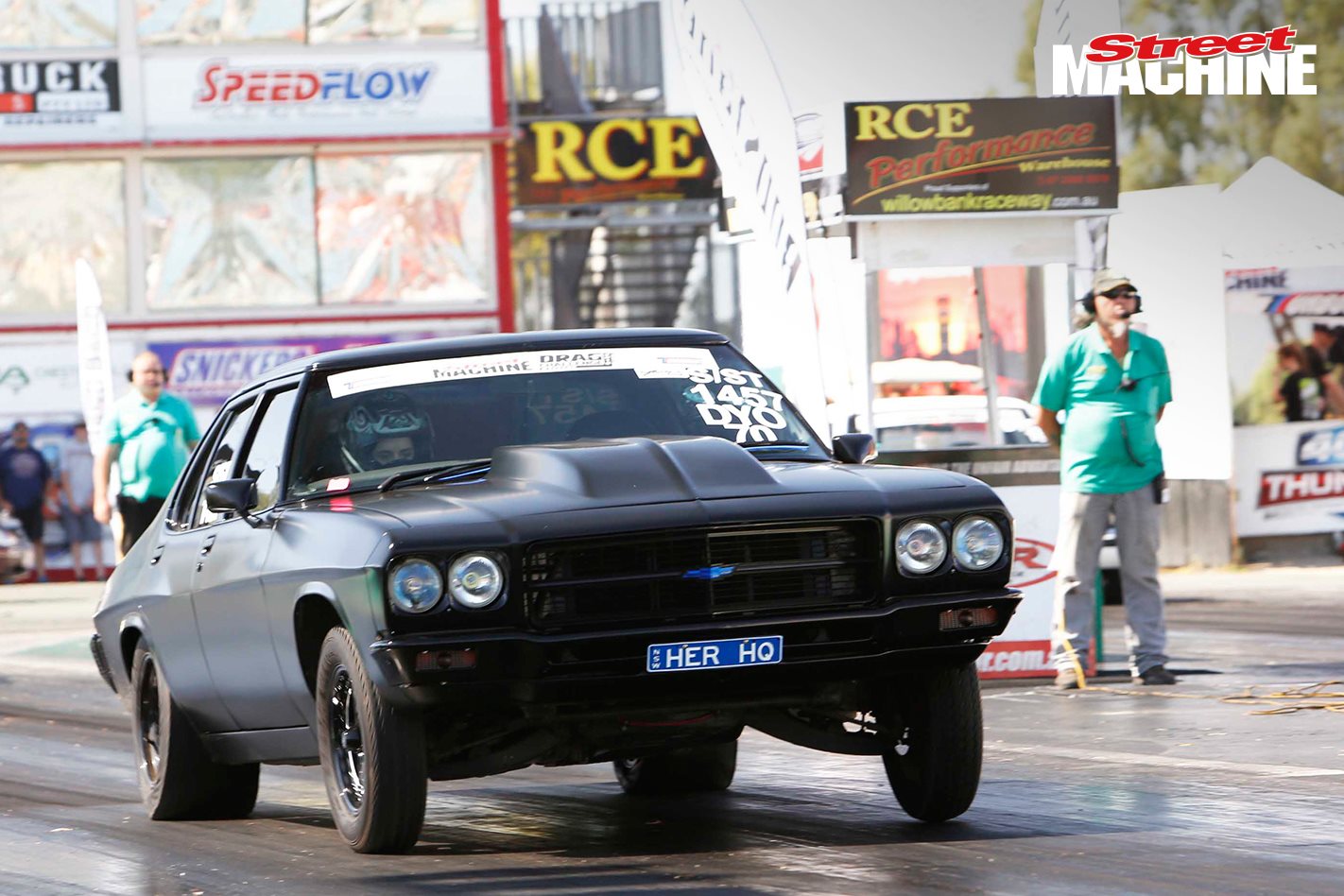 Hot on their heels was Alysha Teale in her black HQ and 0.01400 difference. 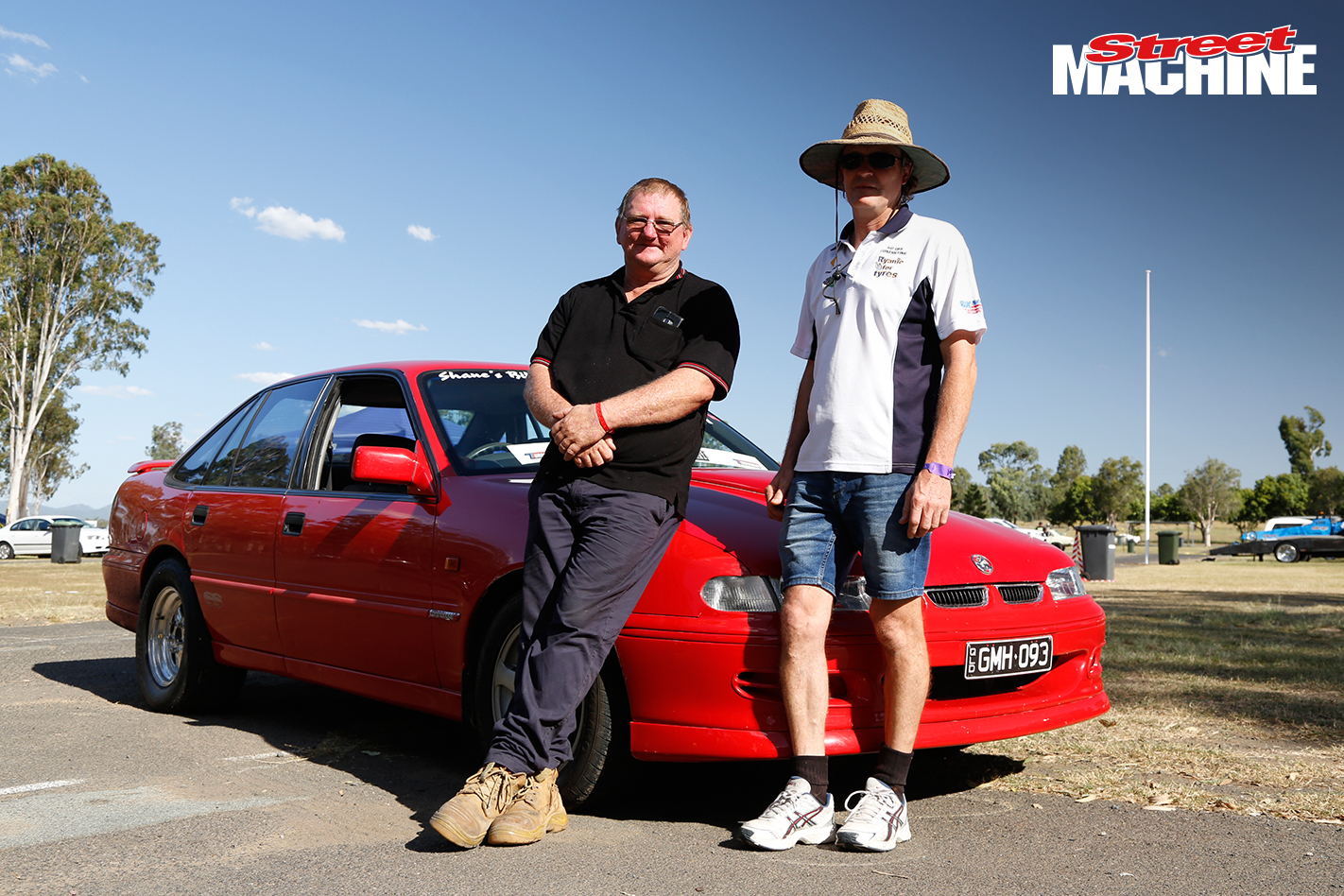 Bill Martland and his VR SS Commodore in fifth spot with a 0.01553 gap.

Make no mistake, the DYO class is in no way a wonky stepchild ‘filler’ class to support the quicker ‘tyre’ classes – far from it. Street Machine Drag Challenge brings together some of the most fiercely competitive, dedicated and professional DYO racers who cut pass after pass within thousandths of their nominated times, all with a fun attitude to boot.

If you think you can cut it, we look forward to seeing you for the week of Street MachineDrag Challenge, 11-16 November!