IN THE lead-up to Street Machine Drag Challenge, Tim Rhone did a bunch of work on his twin-turbo small-block Ford-powered XP Falcon coupe. “I pulled the entire front out of the car and put in a Rod Shop independent front end, new heads on the engine, all new exhaust and intake manifolds and some Gazzard Brothers mono-leafs with a set of CalTracs in the rear,” Tim said. 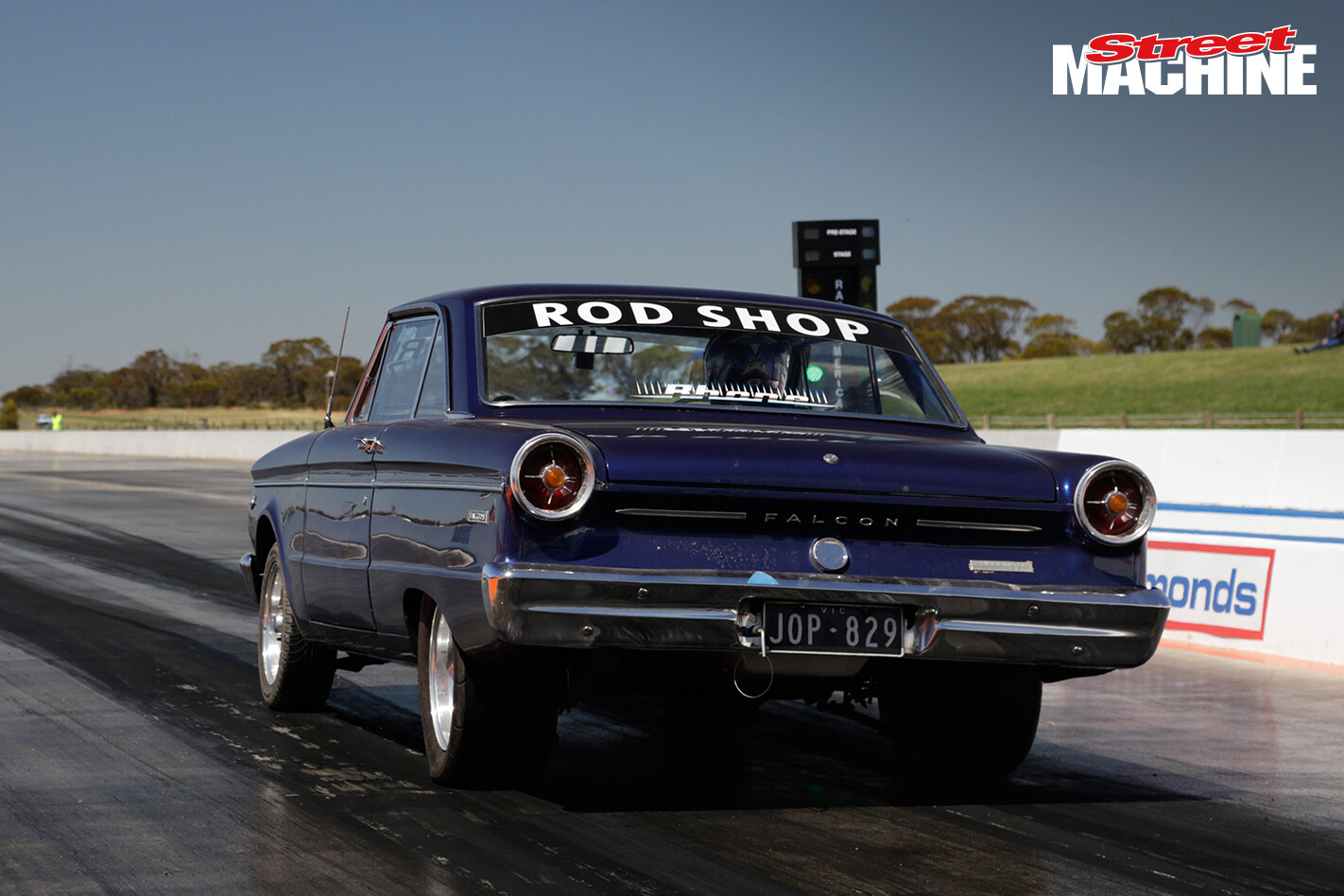 The combo is a 363-cube World Products small-block Ford with an 8.2-inch deck height and stuffed with all the good gear. It’s fed by a pair of XR6 Turbo-spec Garrett GT35/82Rs, and makes around 850rwhp on 14psi. Behind that is a C4 trans and nine-inch rear end. It’s a pretty new set-up for Tim, who previously ran a similar turbo arrangement on a 302 motor, which went 10.32@133mph. 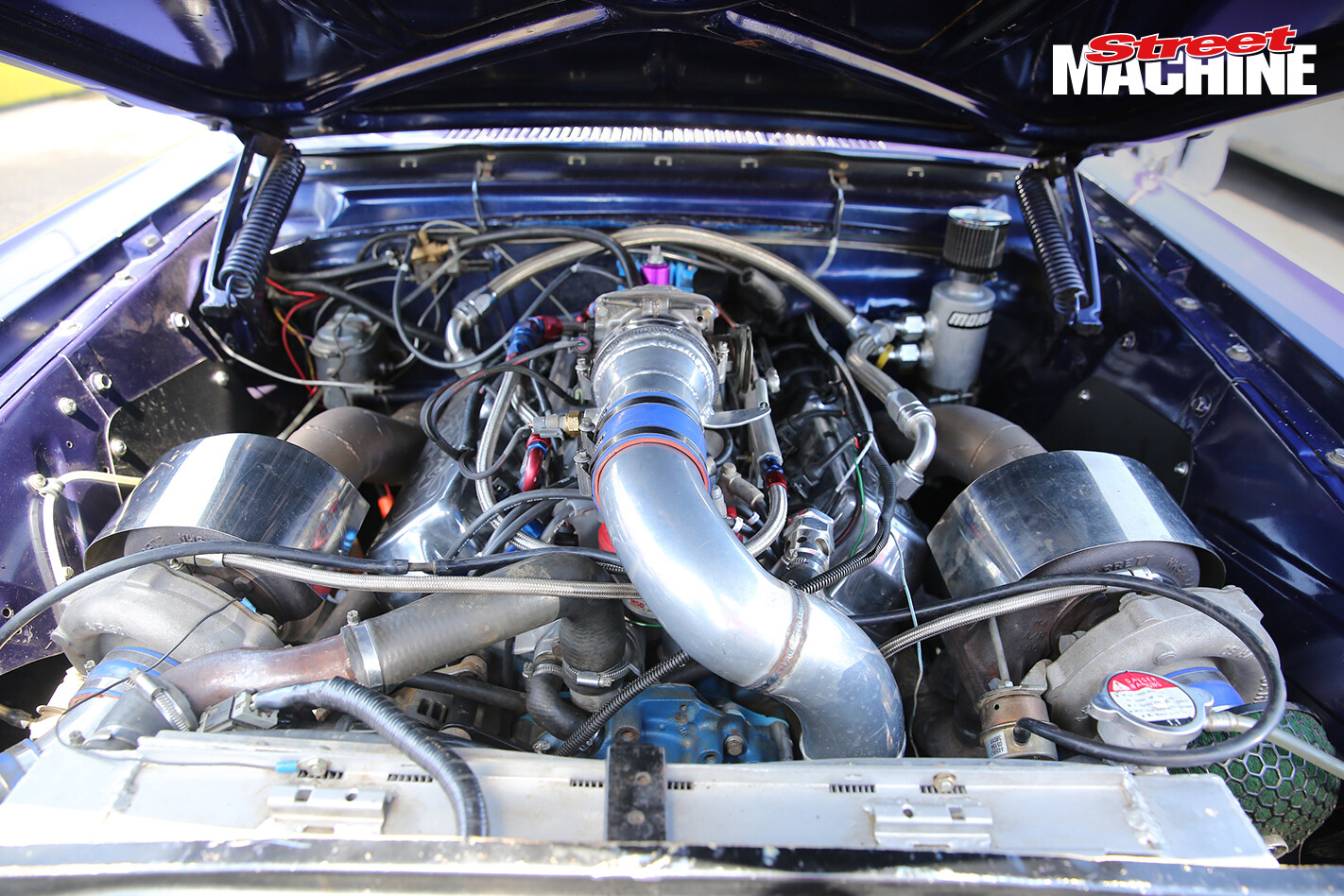 Two weeks prior to Drag Challenge, Tim took the coupe up to Heathcote for a test hit, and while the car clocked its highest mph ever at 140, the track was green and it just wouldn’t ET. “I was just happy not to break anything and I knew by the mph that it was going to go fast at Drag Challenge,” he said. The Falcon runs a flex-fuel system so it can be driven on a mixture of 98 and E85 juice, and the sensors adjust the tune depending on the percentage of either fuel in the tank. “We were running on about E60 for that PB run at Calder, so on full E85 it would probably go quicker, but we were maxing out the injectors anyway,” Tim said. 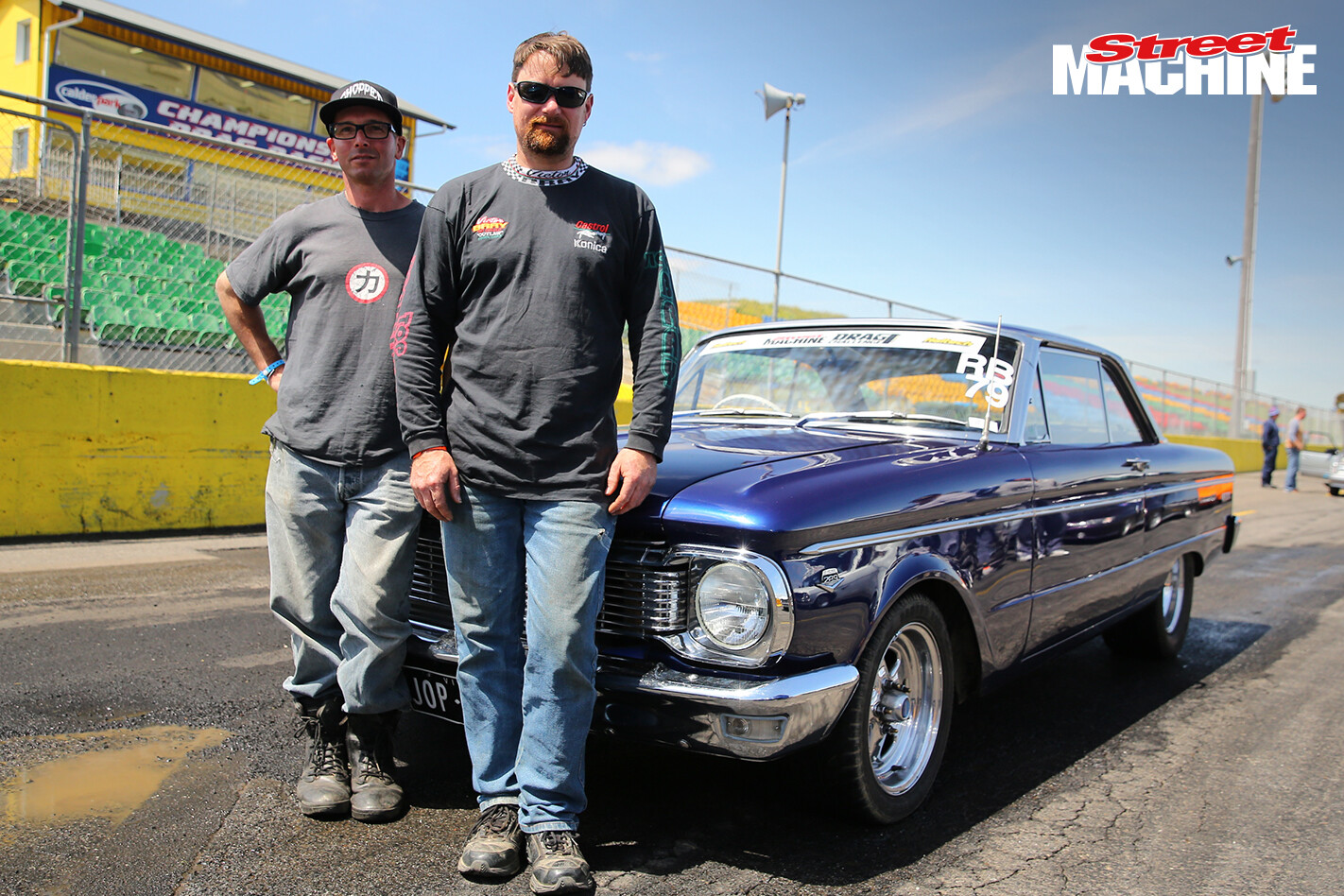 And his thoughts on the event? “It was the best thing I’ve ever done with my car,” he enthused. “Thankfully nothing went wrong, so it was happy days. The only ‘issue’ we had was that at Heathcote it shook the tyres so bad the rearview mirror came off, but that’s it. All we did was turn up, swap the tyres and race!

“Unless someone cuts my legs off I’ll be back next year – hey, I’ll put hand controls in it if I have to!” he laughed. “For next year I’ll definitely have bigger injectors, maybe some two-way adjustable coil-overs in the rear end, and a transbrake is on the cards.”