MARK Van Der Togt’s awesome heavyweight XW Falcon has taken out Street Machine’s inaugural Drag Challenge Weekend after crashing on his first run on the last day of competition. After running an 8.0 at 169mph the purple sedan got loose in the braking area and headbutted the left wall, then bum-tapped the right as it slowed down.

“It has always been a bit of a handful when I lift off it, and this time I couldn’t catch it,” he says. “I drove this car to the event and I really wanted to drive it home so we have patched it up to get it back and I’ll take it to the panel beater later on.” It wasn’t the first scare for Mark, who spun the big bird through the traps in its own lane on Friday, after running an 8.2 and announcing himself as a real contender in the top dog Tuff Mounts Radial Blown class. It wasn’t going to be an easy one to win, either, as he had to go up against Terry Seng’s Commodore, Brad Lane’s lightning-fast Torana, Fabian Huff’s 1200hp XE Falcon, plus Ben Vlekken’s eight-second VH wagon and Dave Williams’ HG Premier, PSI PREM. After three days of racing, however, it was Mark walking away with the trophy. “This is what we built the car for, racing and cruising. Still, coming into this event we thought we might maybe get third – we didn’t think we’d win it!”

Having owned the XW for 20 years Mark pulled it off the road for a birthday in 2005 and has had it running its current combo since 2009. Based around a 393ci Dart Windsor it packs twin Garrett GT35 snails running 23-28psi depending on the track, drinks straight E85, and is managed by a Link THUNDER ECU. “We really drive this car on the street and I take it to events 125-150km away from my house regularly. The only time it got a bit warm on the road loops was going up Cunningham’s Gap.”

The Reid-cased two-speed ‘Glide wasn’t a fan of hauling the 3785lb (1715kg) Falcon plus a fully loaded trailer over the Great Dividing Range and Mark had to watch the trans temp light blink at him for a while, but it didn’t hurt the car’s performance or dampen his spirits.

“The event has been great for us and we’ve had an absolutely great time.” 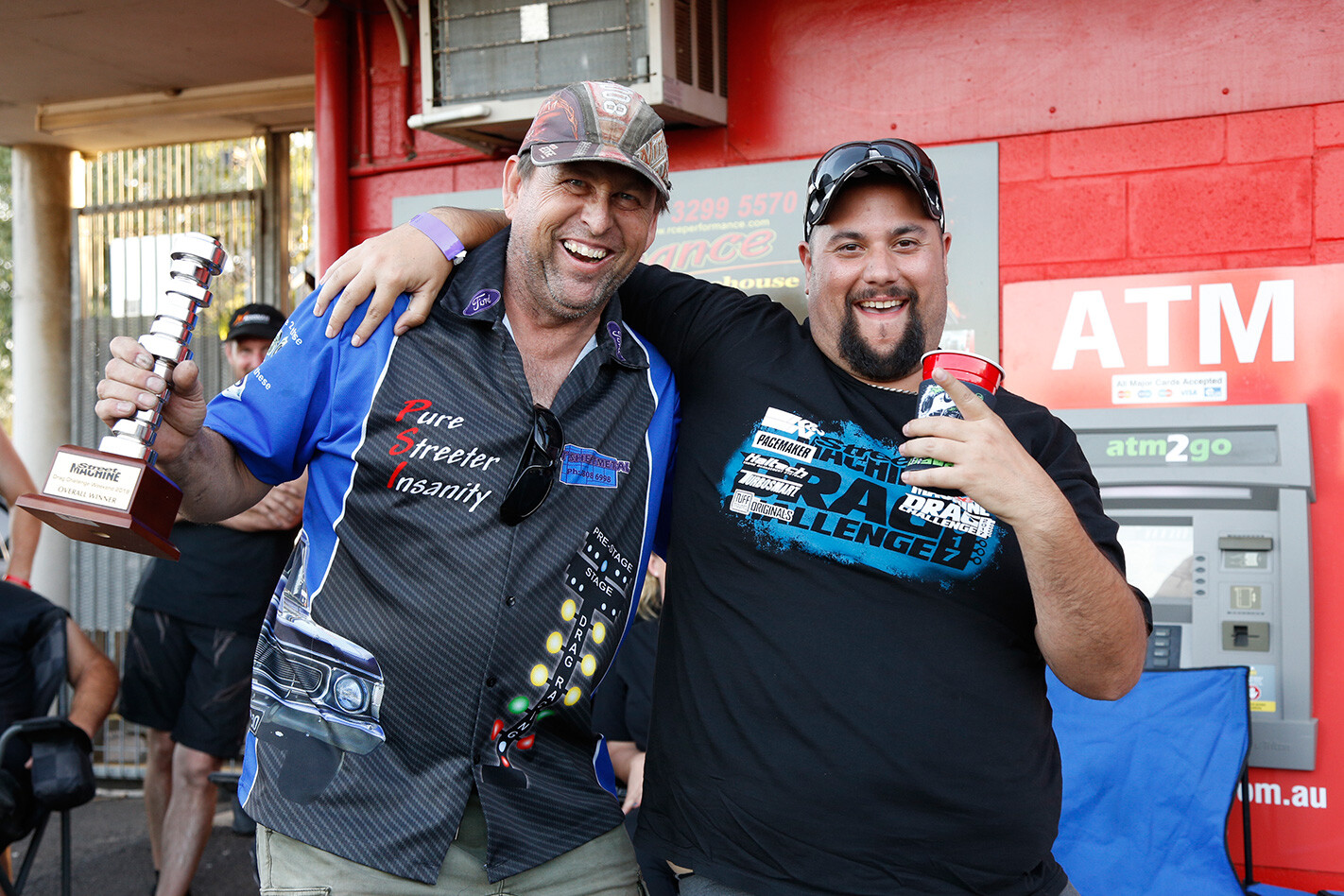