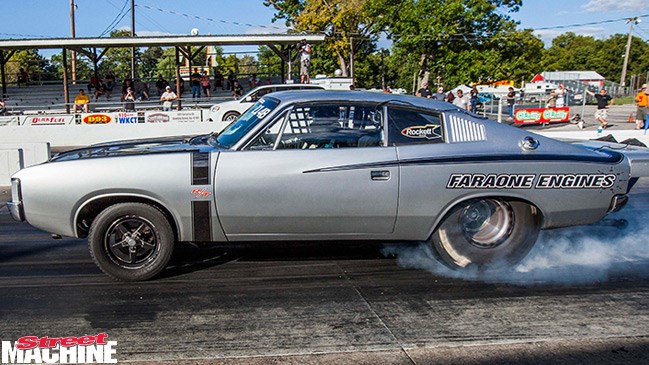 2013 proved to be the year of the Pro Mod machines at Hot Rod Drag Week.

2013 proved to be the year of the Pro Mod machines atHot Rod Drag Week, with Tom Bailey sealing the deal today at Bowling Green with a commanding 6.78@217.42mph pass in his Camaro at Beech Bend Raceway, Kentucky.

In the process his driver's side window was torn from the car at the top end of the track, taking half of the fibreglass door with it! Second outright went to Dave Ahokas, also in a Pro Mod-based Camaro.

West Aussie John Faraone got his Charger absolutely humming on the last day. After replacing the overdrive unit yesterday in Memphis, the car needed some lifters just 70 miles into the drive to Kentucky. Diagnosing and fixing a timing issue took the Charger from the mid-eights straight into the sevens, with a 7.9-second pass promptly backed up by a 7.85. John claimed the Quickest Mopar trophy at Drag Week, and the whole Aussie contingent warranted a special mention and an award from supporting sponsors Pep Boys Speed Shop. 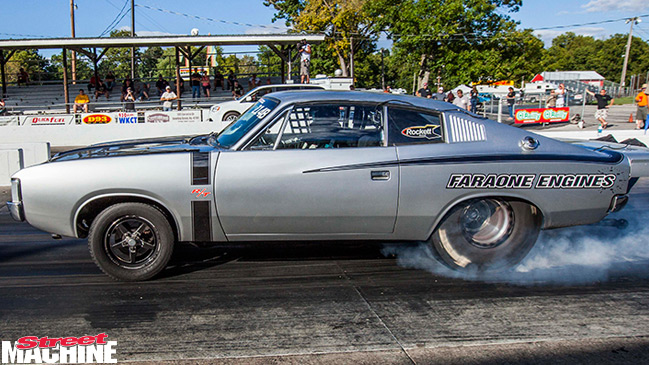 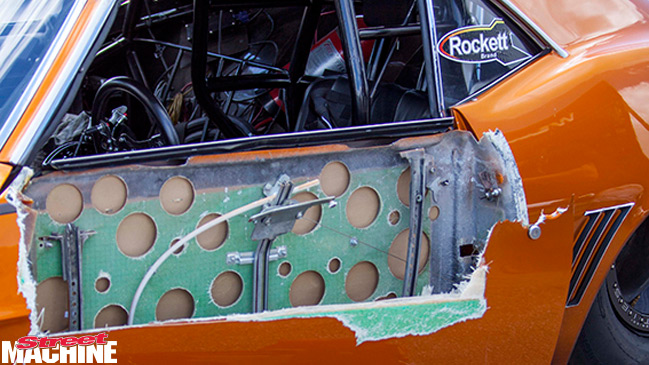