SUCH was the hype surrounding Grudge Kings that promoter Po Tung could have sold spectator tickets to the test day on the Friday prior to the actual event. The pits were chock-a-block with some of the baddest pro street cars in the country, and teams were working hard to get them dialled in and shoot for the $50,000, winner-takes-all paycheque. 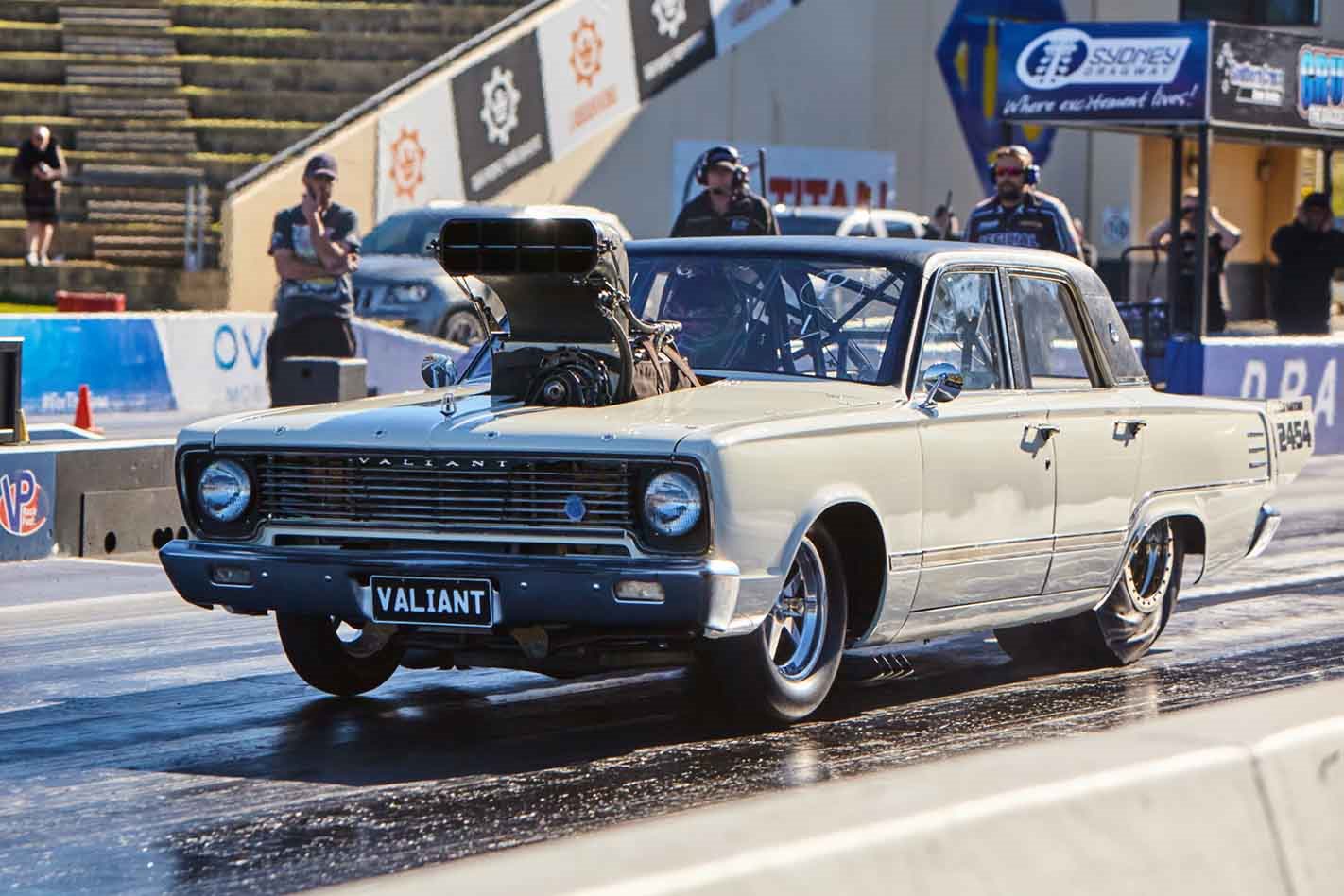 The open-ended rules for Grudge Kings require competitors’ cars to have a steel roof and quarters and two swinging doors; everything else is free and easy. That meant that there was a truly impressive variety of ridiculous fast cars out to play – everything from nutso small-tyre rotaries to 481X-powered sedans, an impressive array of blown, turbo and nitrous V8s, and a couple of Jap six-pot screamers for good measure. 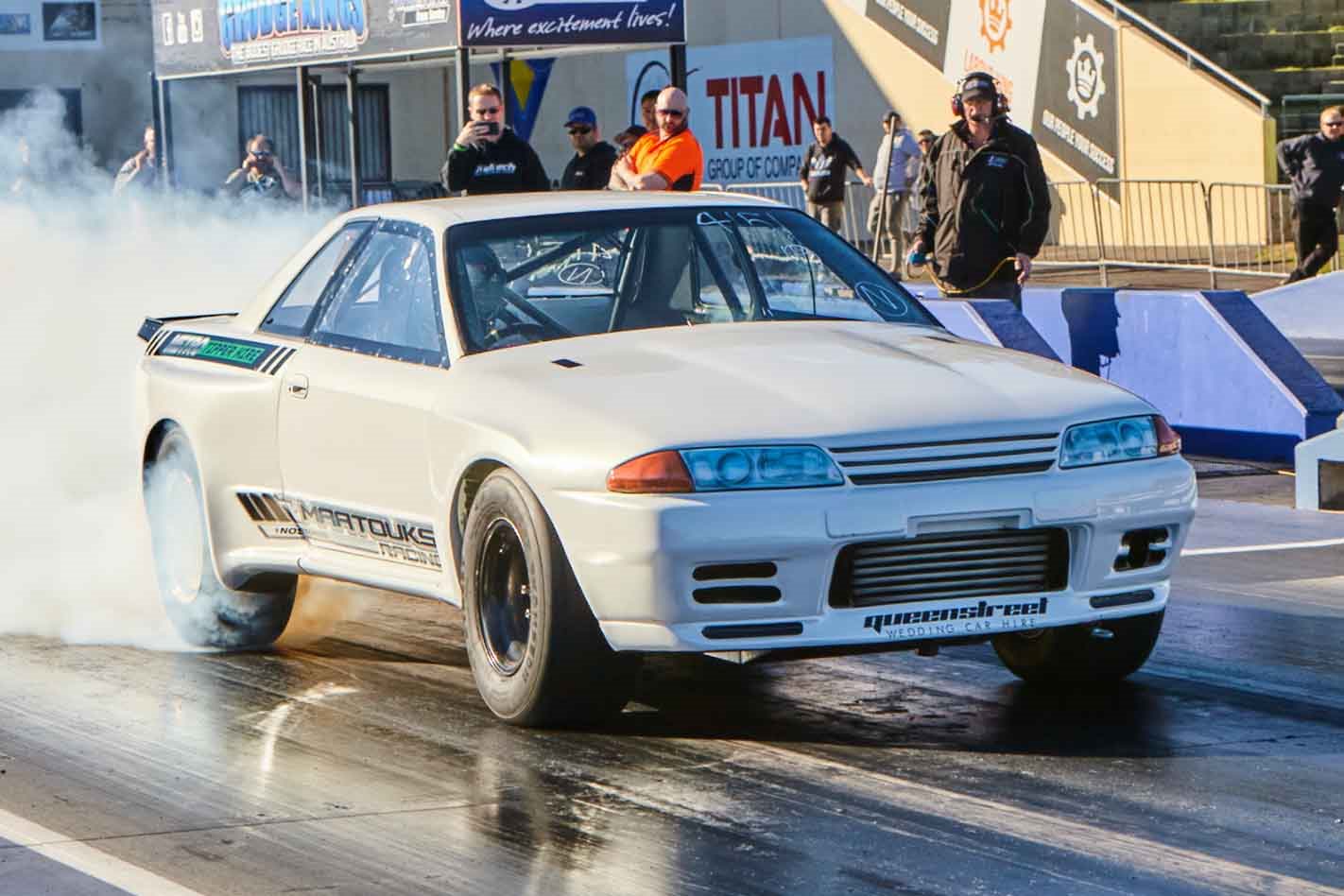 Tristan Ockers gave his MINCER Capri a makeover in time for Grudge Kings and we were pumped to see it in action. However, a rod failure during the first burnout of the day meant it was not to be 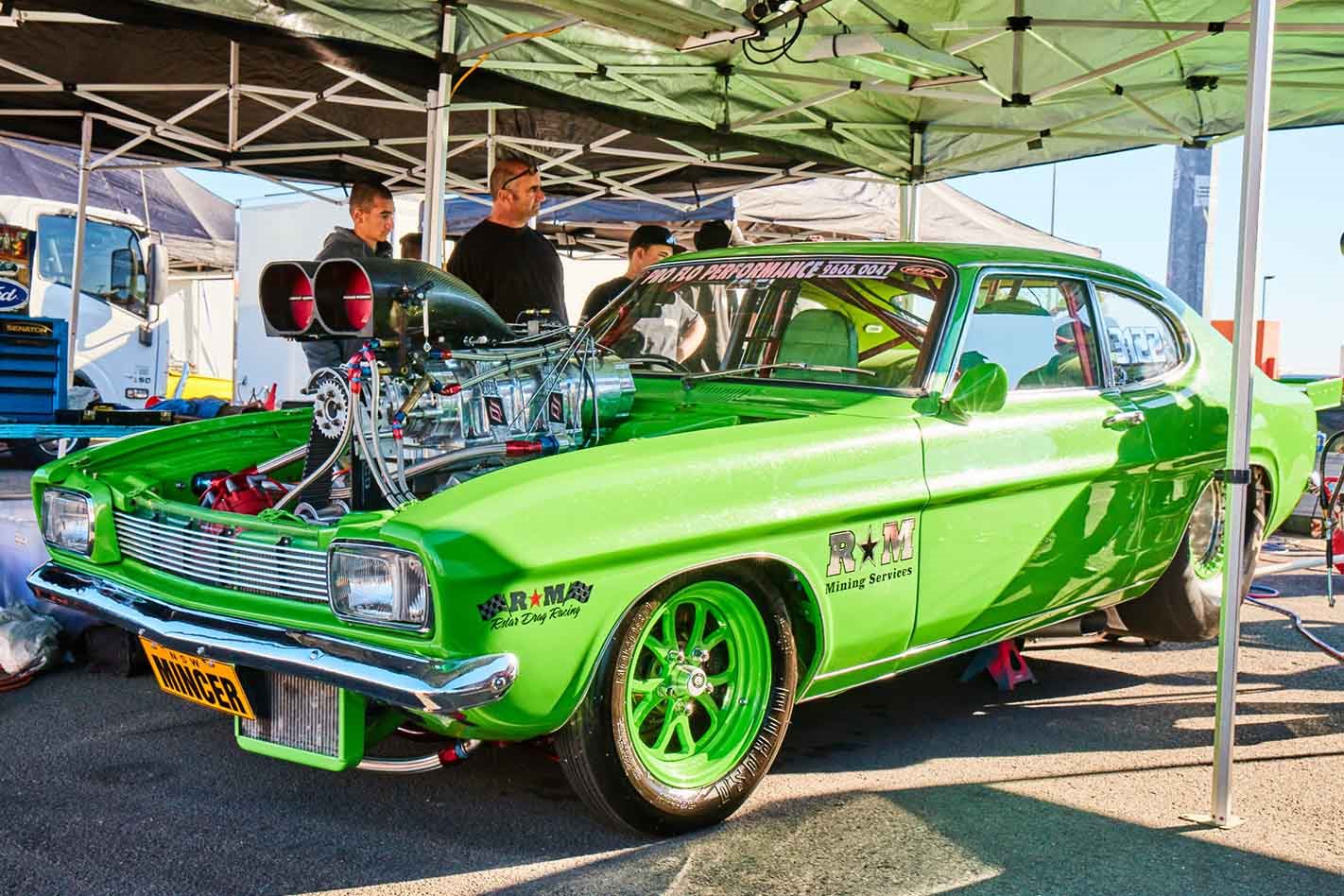 Richie Gauchi's seven-second Mazda RX3 ended up on its lid, but thankfully Richie is a-ok 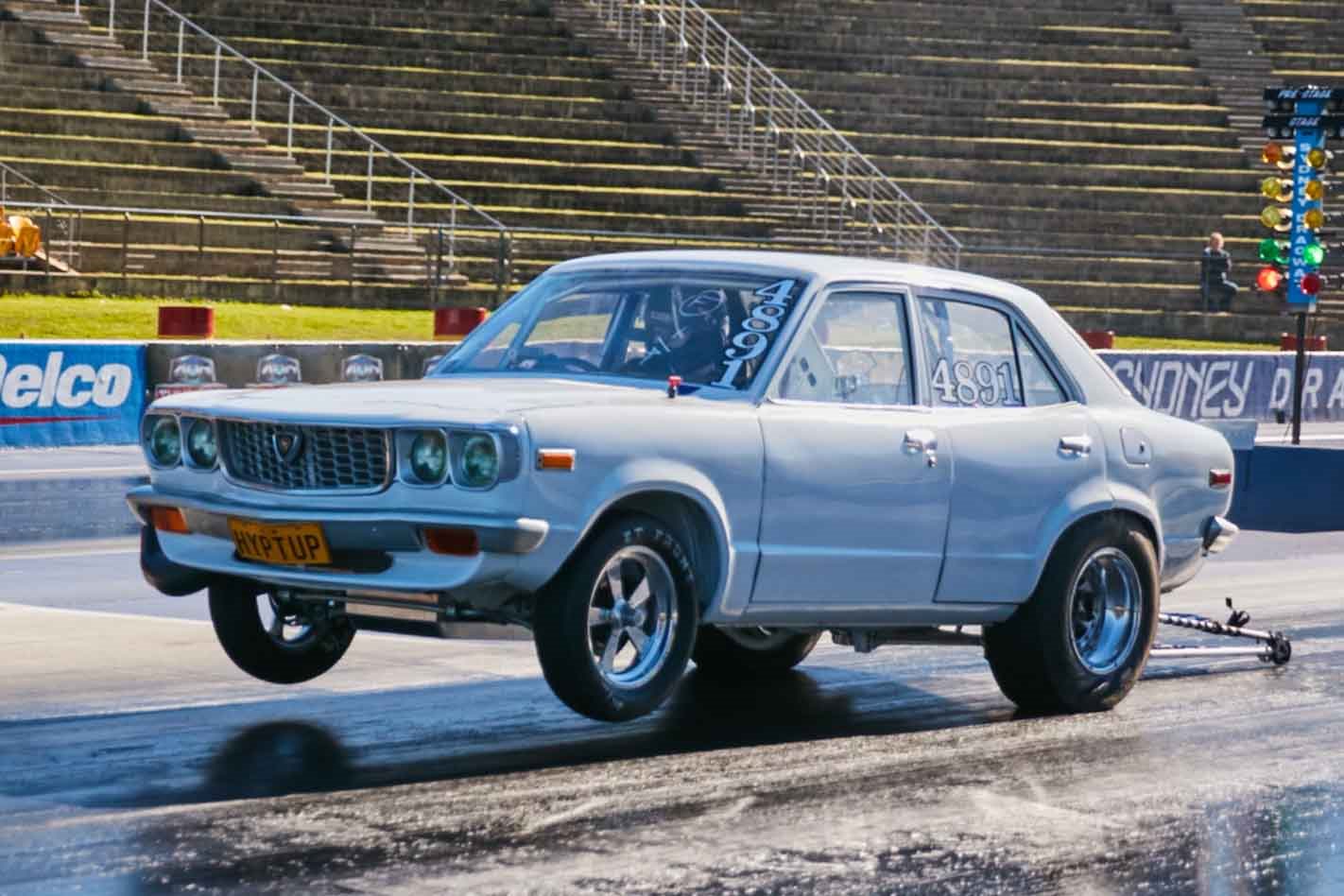 Perry Bullivant has re-worked the rear end of his Snickers-backed Camaro to run big rubber and ran a PB over the eighth-mile, to the tune of 3.84 at 192mph. More videos to come! 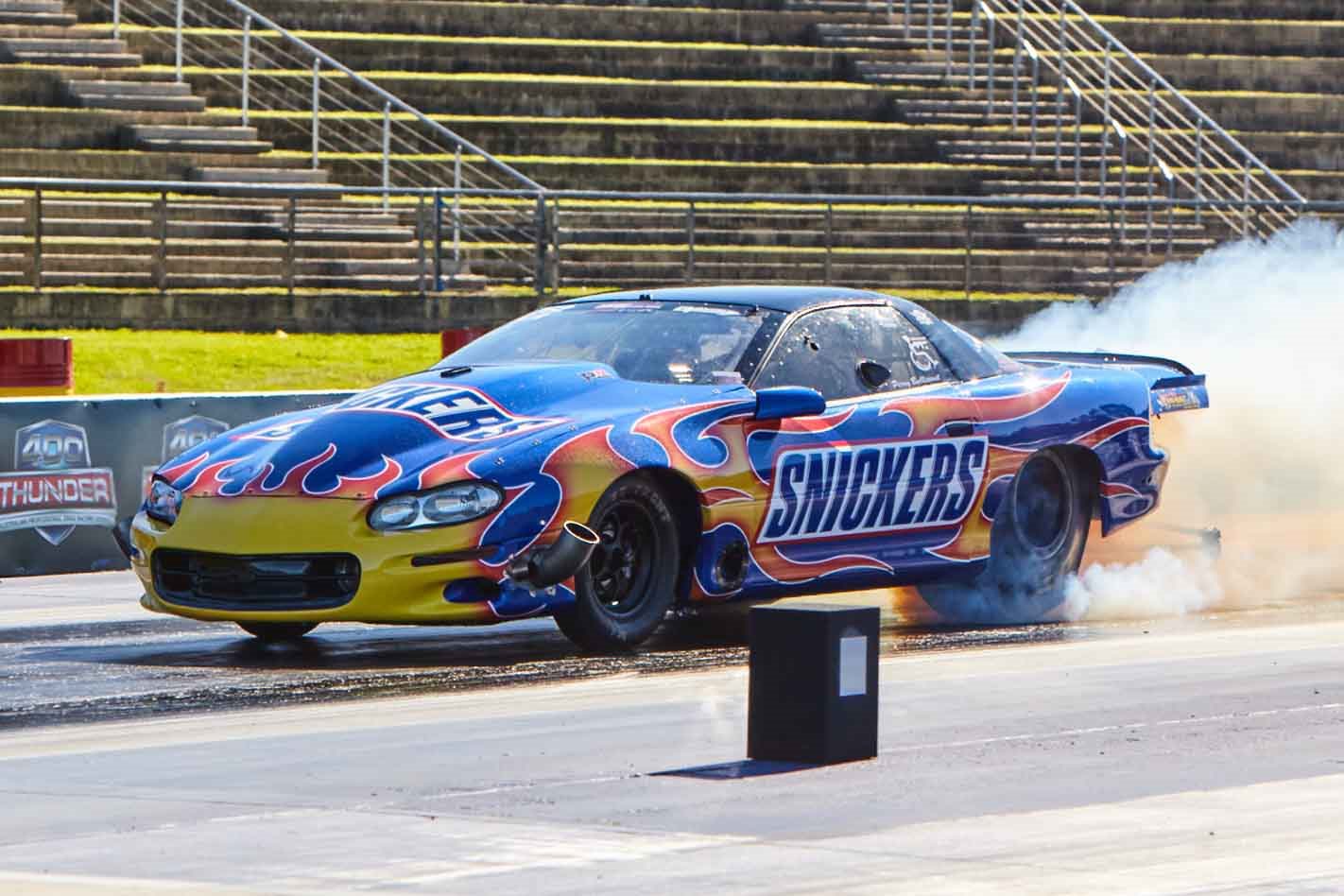