DRAG Week started off with a bunch of fast street cars back in 2005, but now the quickest cars at Drag Week sport carbonfibre bodies and quarter-million-dollar price tags. Thankfully there are some people trying to keep it real – like Bryant Goldstone with his ’73 Javelin.

Okay, so this might not be a street car in the Australian sense of the term; we don’t see too many tube-frame monsters rolling down the highway here in Oz. But Bryant has had this car for 30 years and has stepped it up gradually over that time, from a nitrous small-block car, to a nitrous big-block, through to the twin-turbo monster you see today.

Under that lift-off steel front clip there’s a twin-turbo 572ci big-block with a pair of Pro Mod 88mm turbos. All up it weighs in at 3600lb, which means it needs more than 2500hp to power it to the high sixes and 210mph we saw on Drag Week. Bryant’s final average was 6.95@208mph, but we saw the red-and-black beast run a quickest of 6.78@210mph at Indianapolis on Day Two. 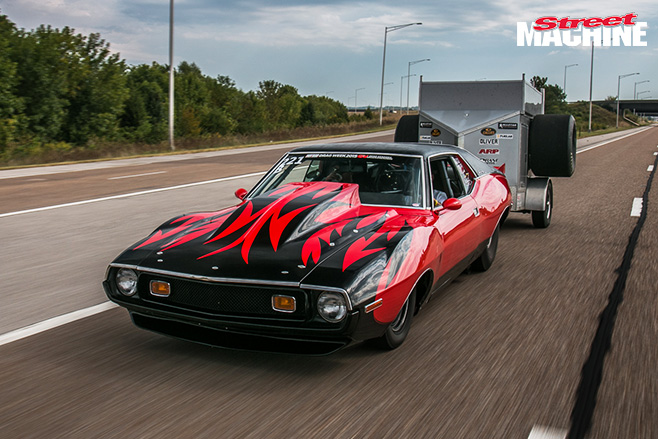 Check out this short clip from Drag Week, where we have a chat with Bryant and watch a few of his runs from this year. Don’t forget to check back later for more action from Hot Rod Drag Week. 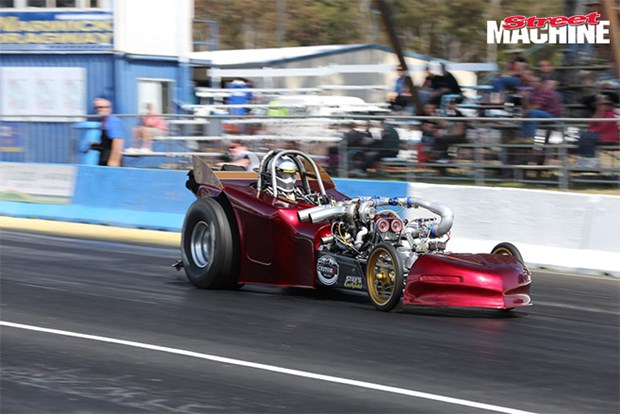 Highlights from the Six BangerNATS drags 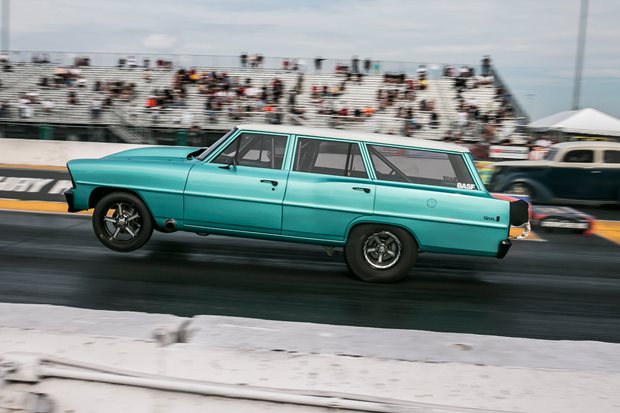 This insane twin-turbo Nova wagon from Drag Week was being tuned remotely by blokes in Australia! 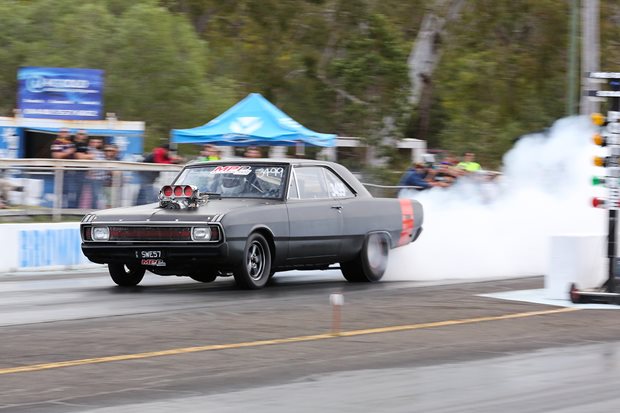