The final Falcon may have rolled off the line, but the iconic nameplate was given the send-off it deserved

In a hangar at Avalon Airport, on the outskirts of Geelong, the Ford Falcon was given one final send-off. The invite-only Falcon: The Legacy Lives On event was the last official goodbye for the icon, a chance for fans to mingle with the engineers that created the Falcon and the workers that built them.

On display were over 60 significant Falcon variants, ranging from the original XK to the final Falcon model, the FGX. Crowd favourites included a beautifully restored 1966 XP coupe and a genuine Bathurst XC Falcon racer. Enthusiasts were given an opportunity to have a photo taken with the final models manufactured in Australia, and as a backdrop, classic television commercials promoting the Falcon over the years played on large screens. Fans were also able to have a chat with Supercars drivers Mark Winterbottom and Cameron Waters, and perhaps even grab a photo and an autograph.

On stage there were presentations from key figures including Ford Australia CEO Graeme Whickman and motoring journalists who were part of the development and story of the car. 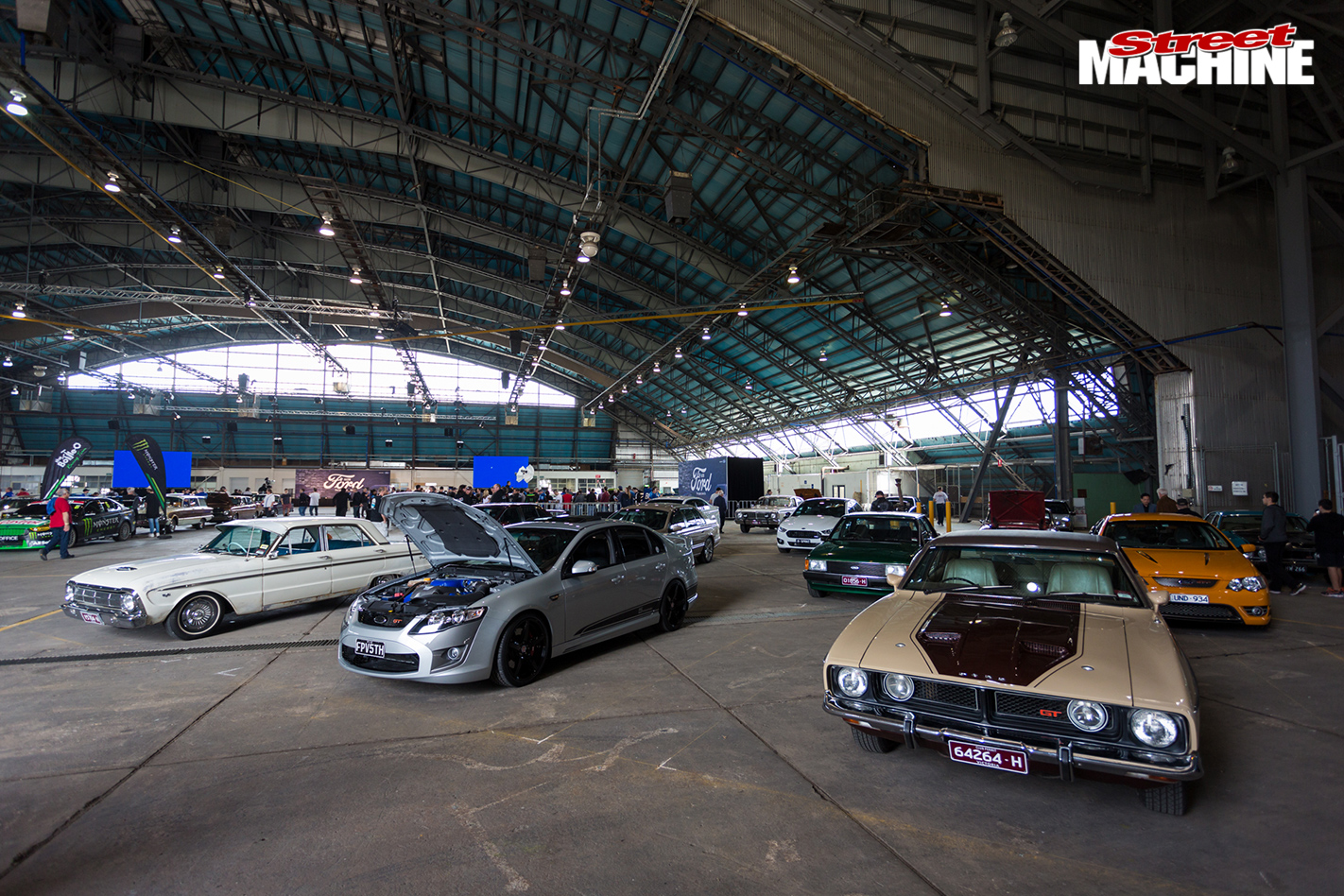 The most anticipated highlight of the event was the live auction hosted by Manheim. Four cars went under the hammer, including a Ford Territory, an XR6 ute, and an XR6 sedan in Kinetic Blue. Bidding for the auction was available online and live at the event.

But all eyes were on the final road-registrable Falcon – an XR6 Sprint Turbo in Winter White, number 500 of 500. The bidding for the Sprint quickly reached $122,000 as punters vied to secure the last slice of Australian Ford motoring history. The car also came with a unique build plate and certificate of authenticity.

In total the auction raised $353,000, with Ford donating the proceeds to robotic and technology programs for youth in the communities of Broadmeadows and Geelong. 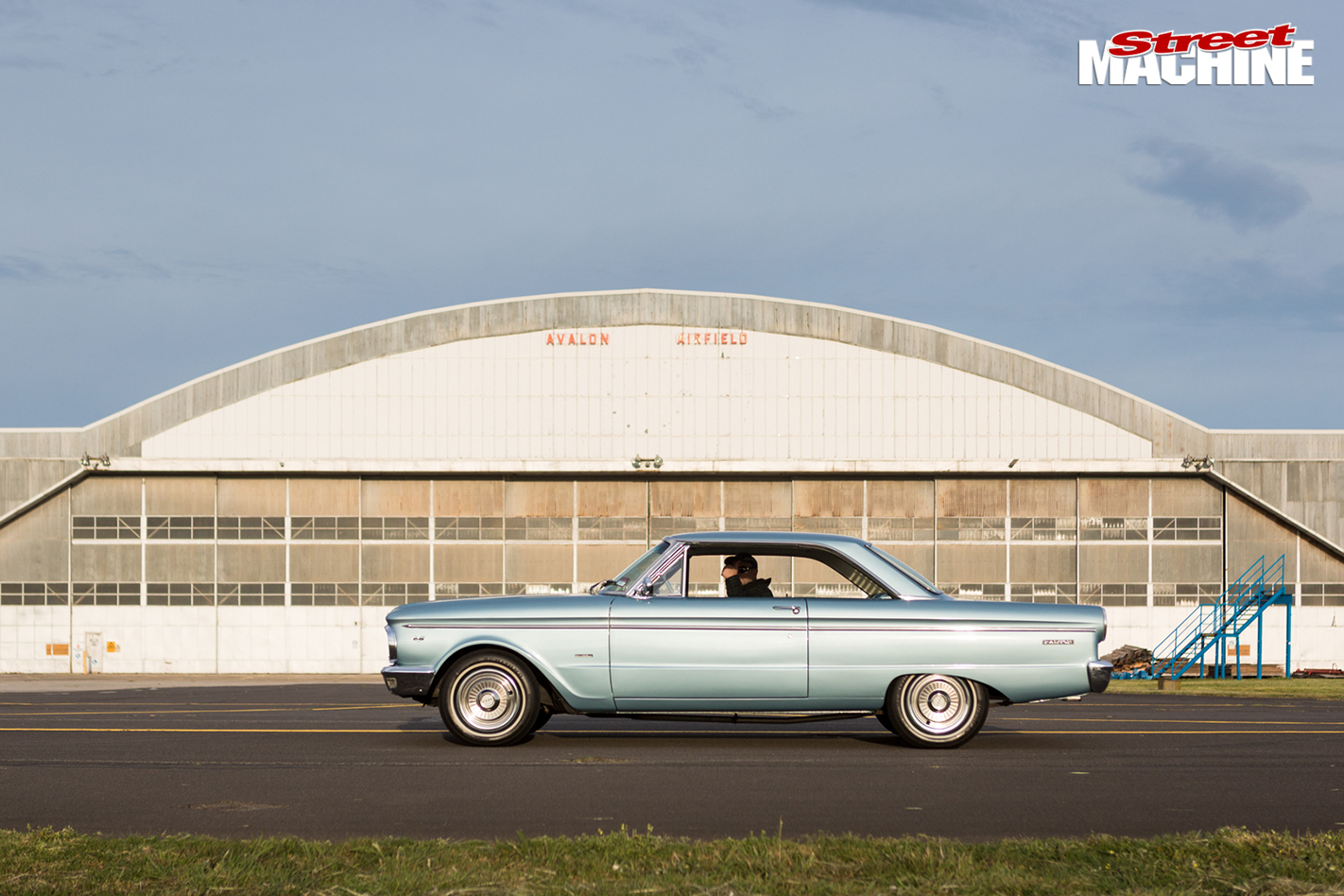 Falcon enthusiasts arrived early for the event. This XP coupe was one of many impressive cars that turned up. 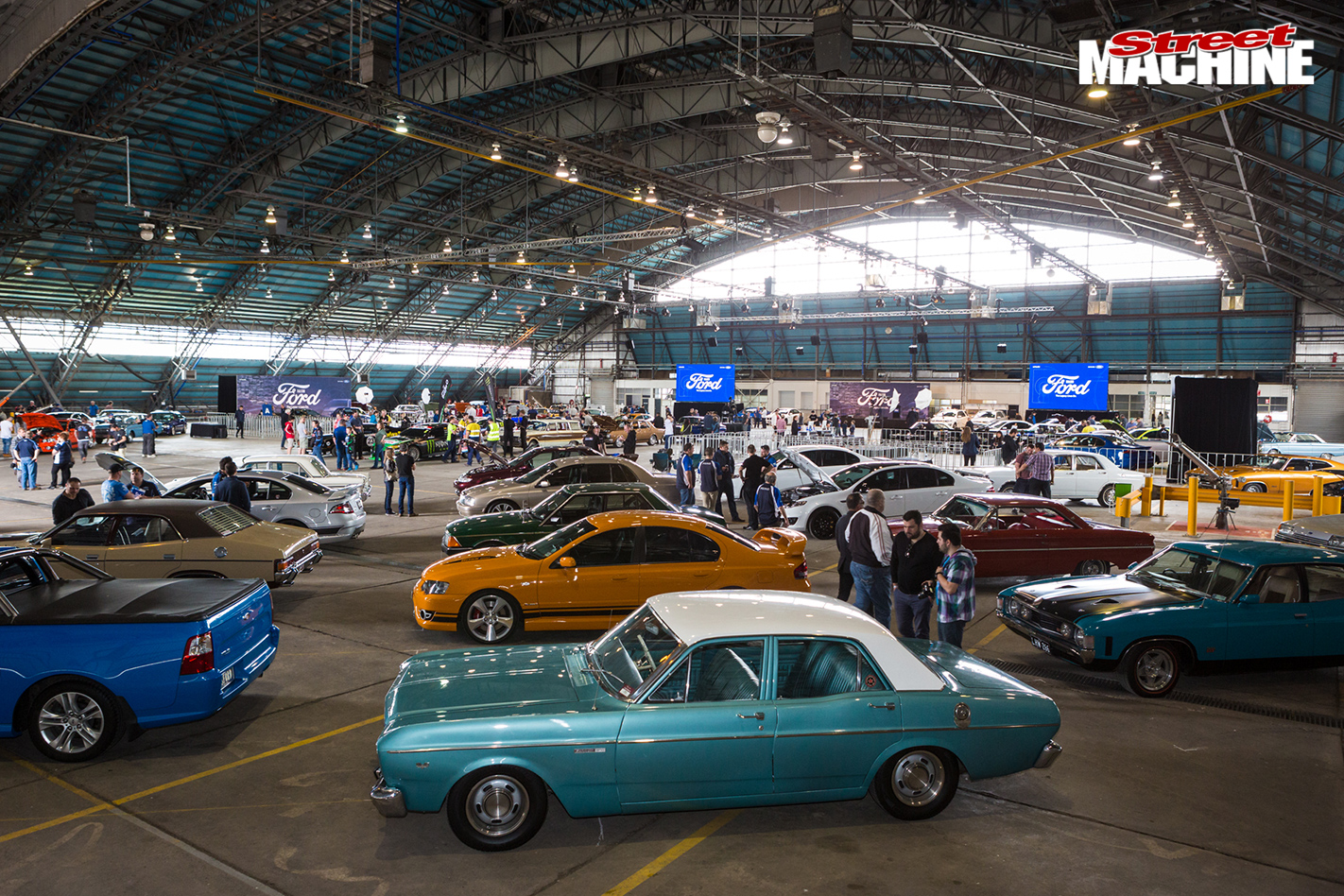 Hangar 4 at Avalon Airport was converted to a Falcon heaven for fans and employees to enjoy. 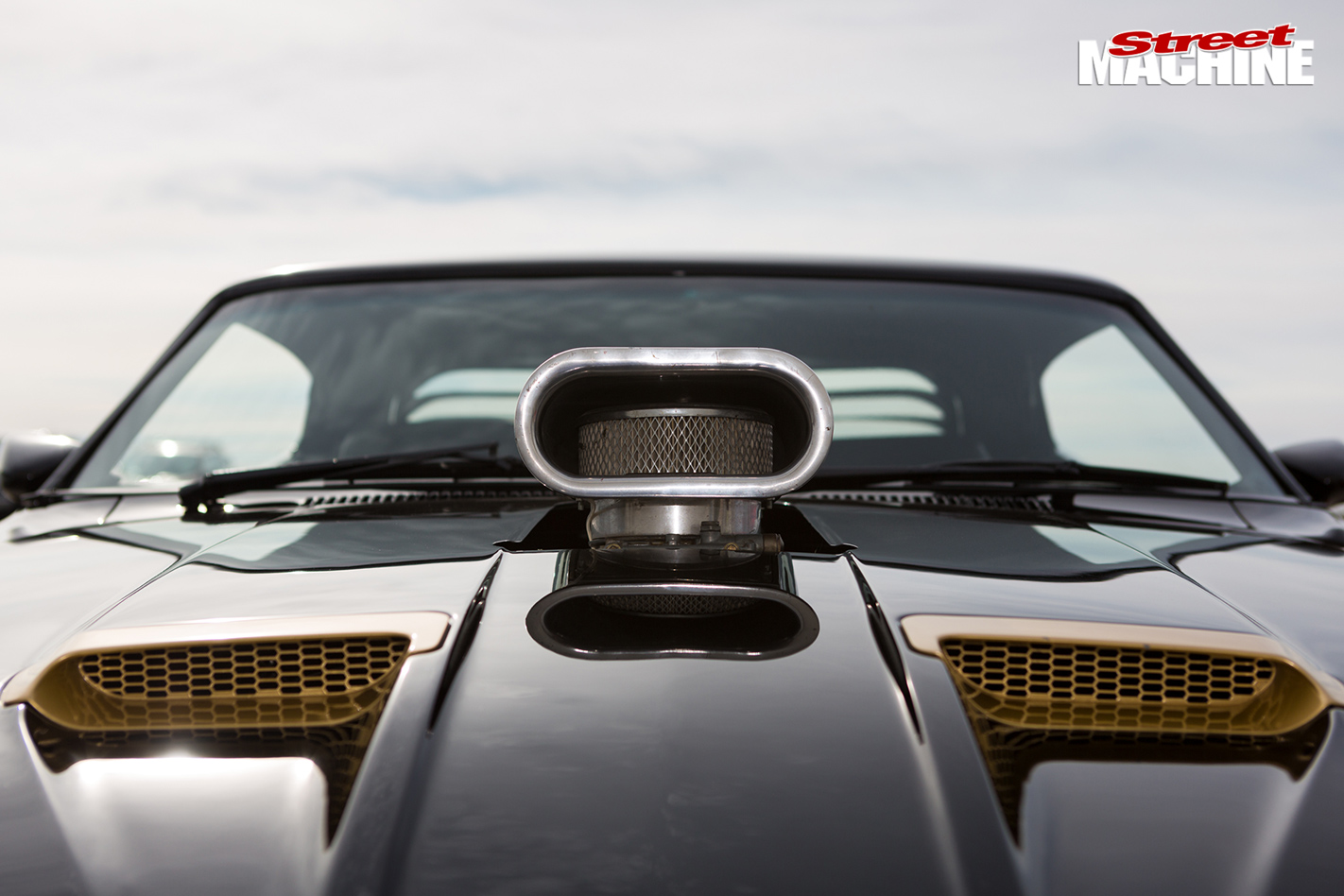 A very well-presented XC Falcon complete with bug catcher on show outside the hangar. 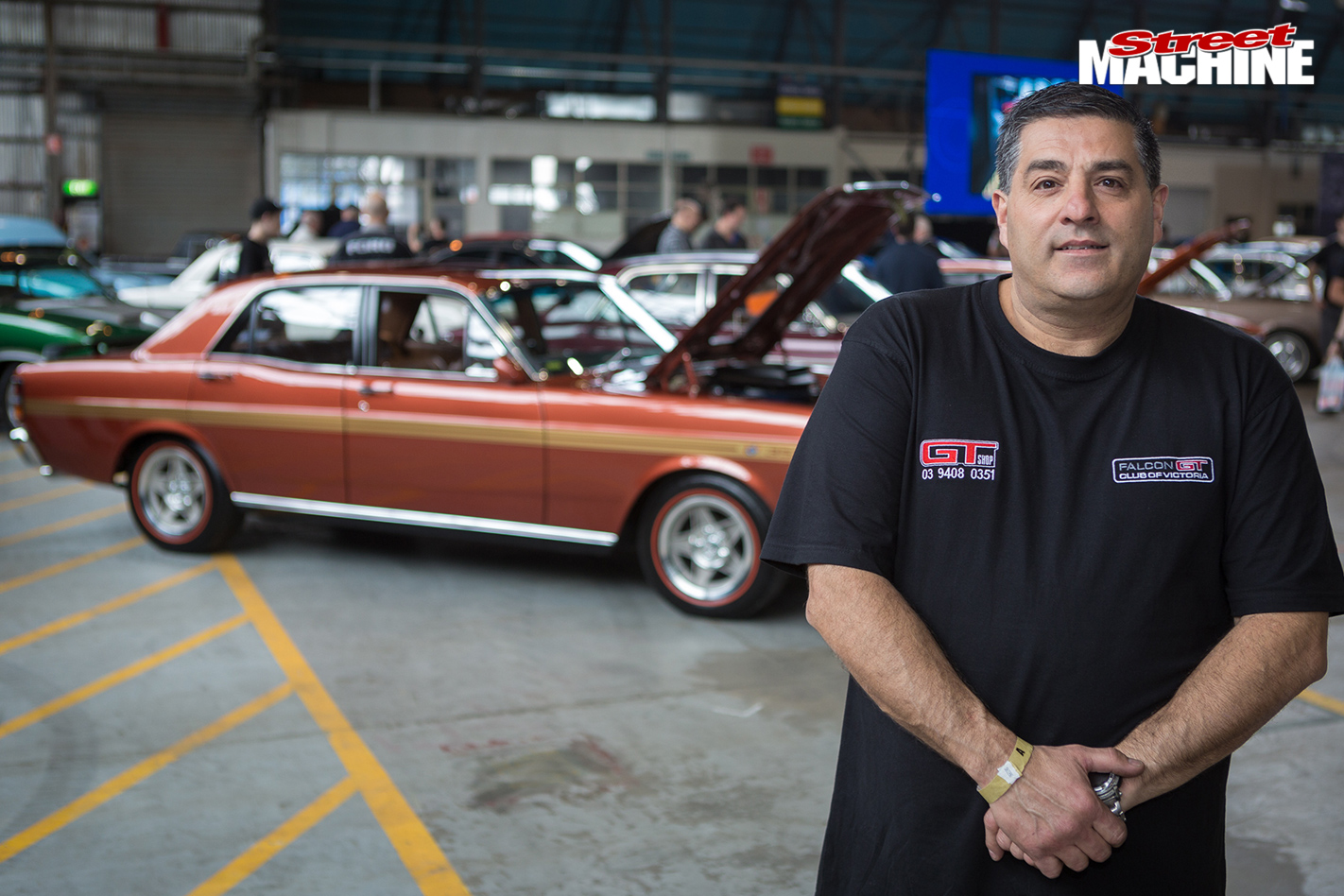 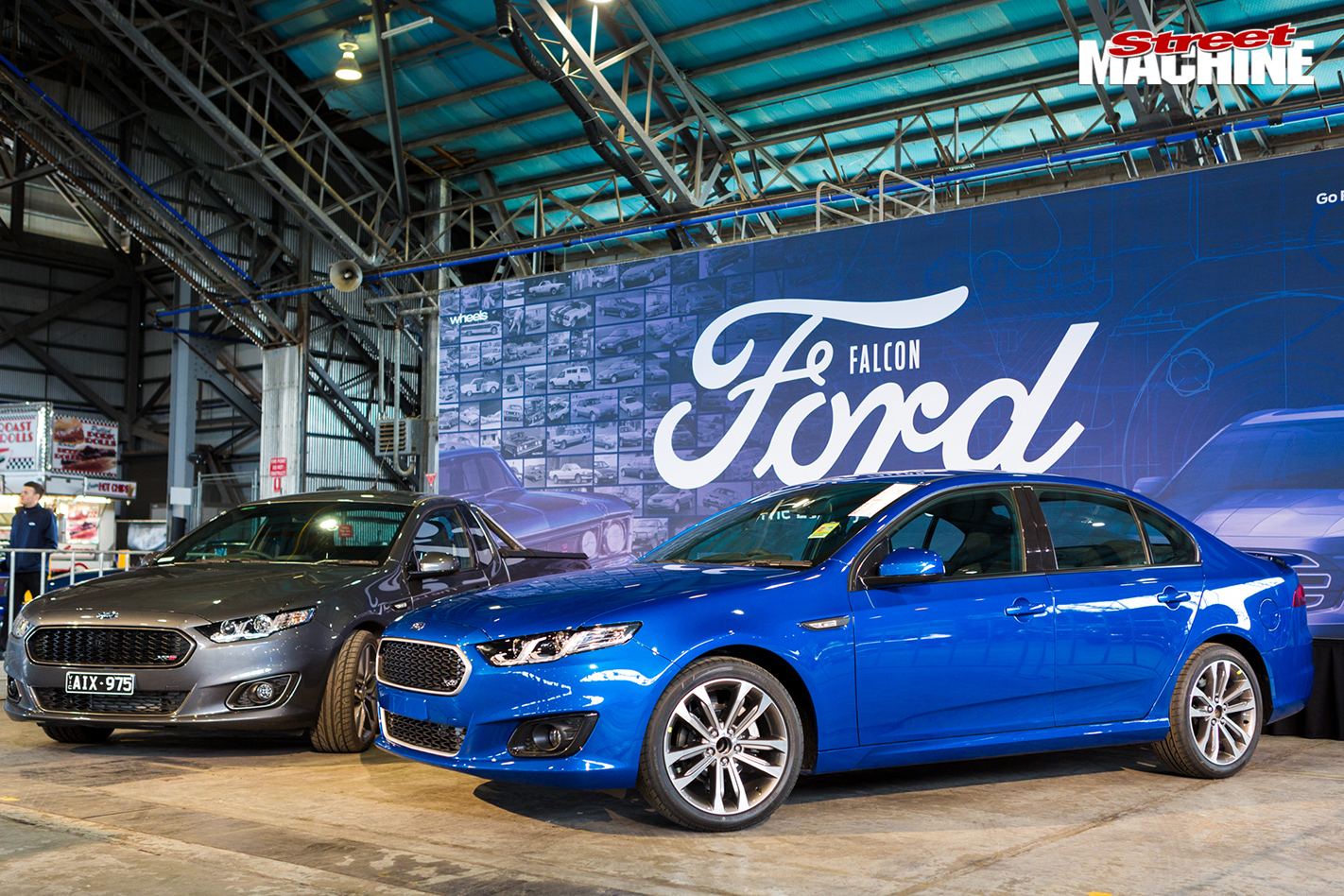 Fans could get their photo taken with two of the last Aussie Falcon examples. 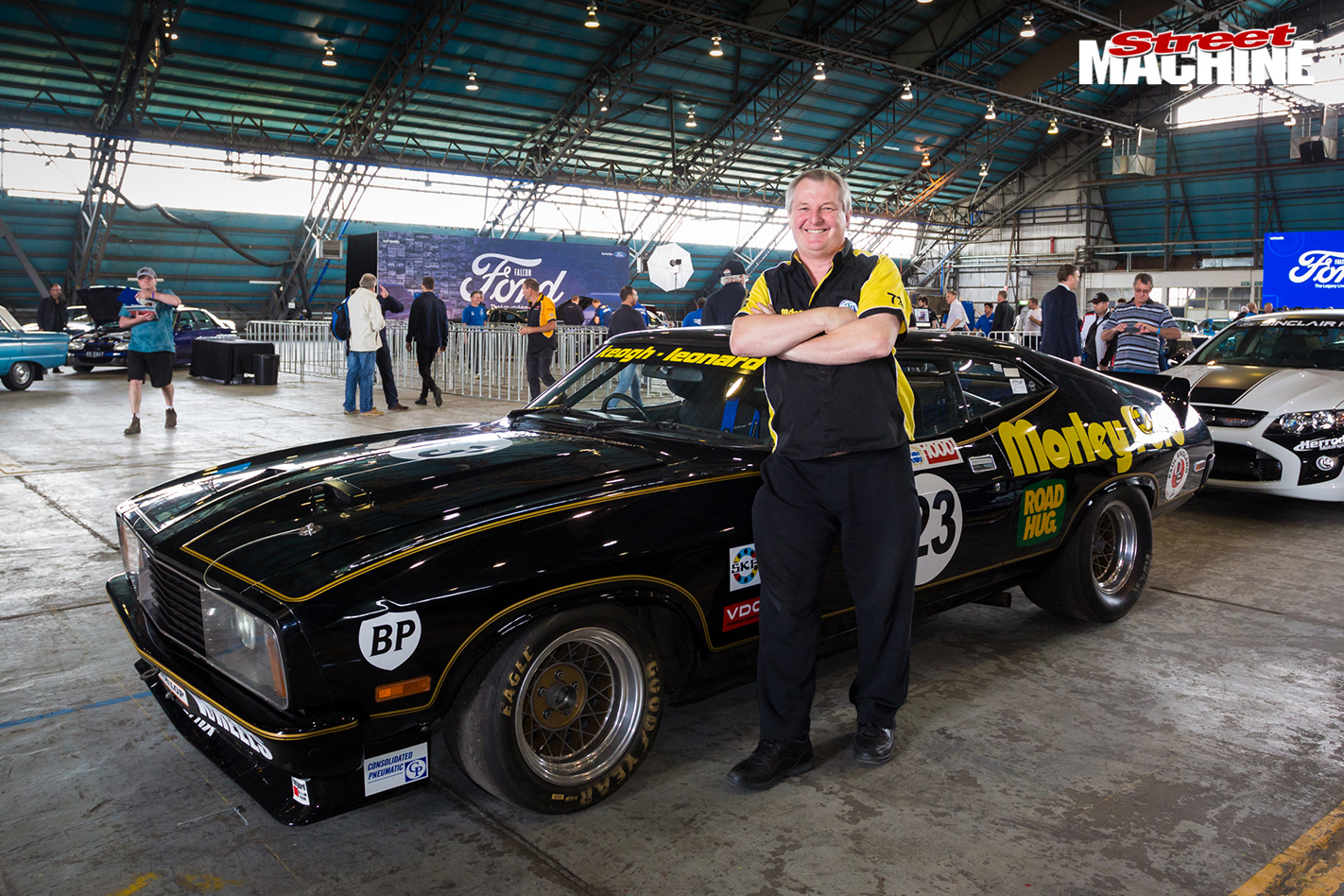 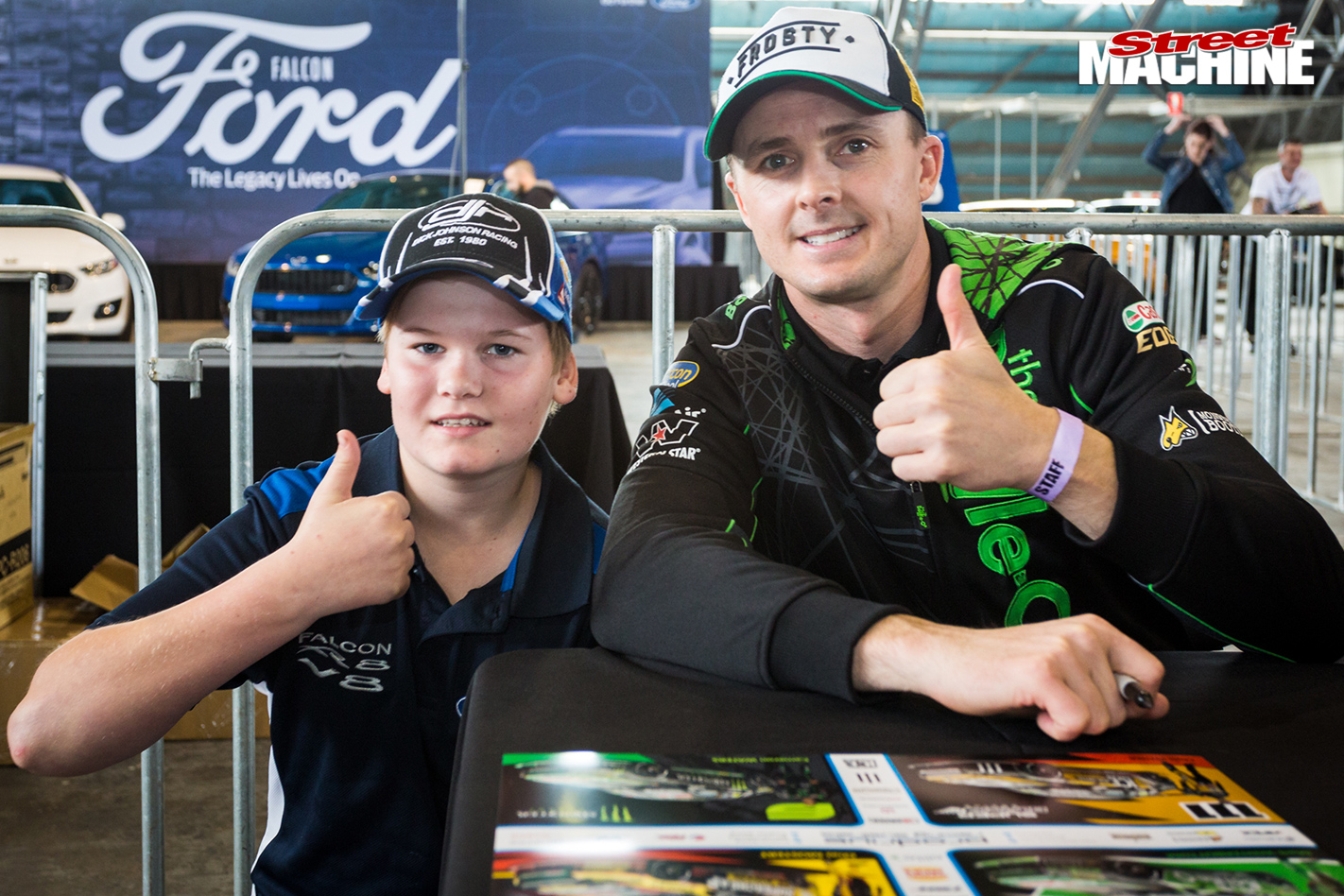 Meeting his hero. Kaelan Gravett took an opportunity to have a chat with Supercars driver Mark Winterbottom. 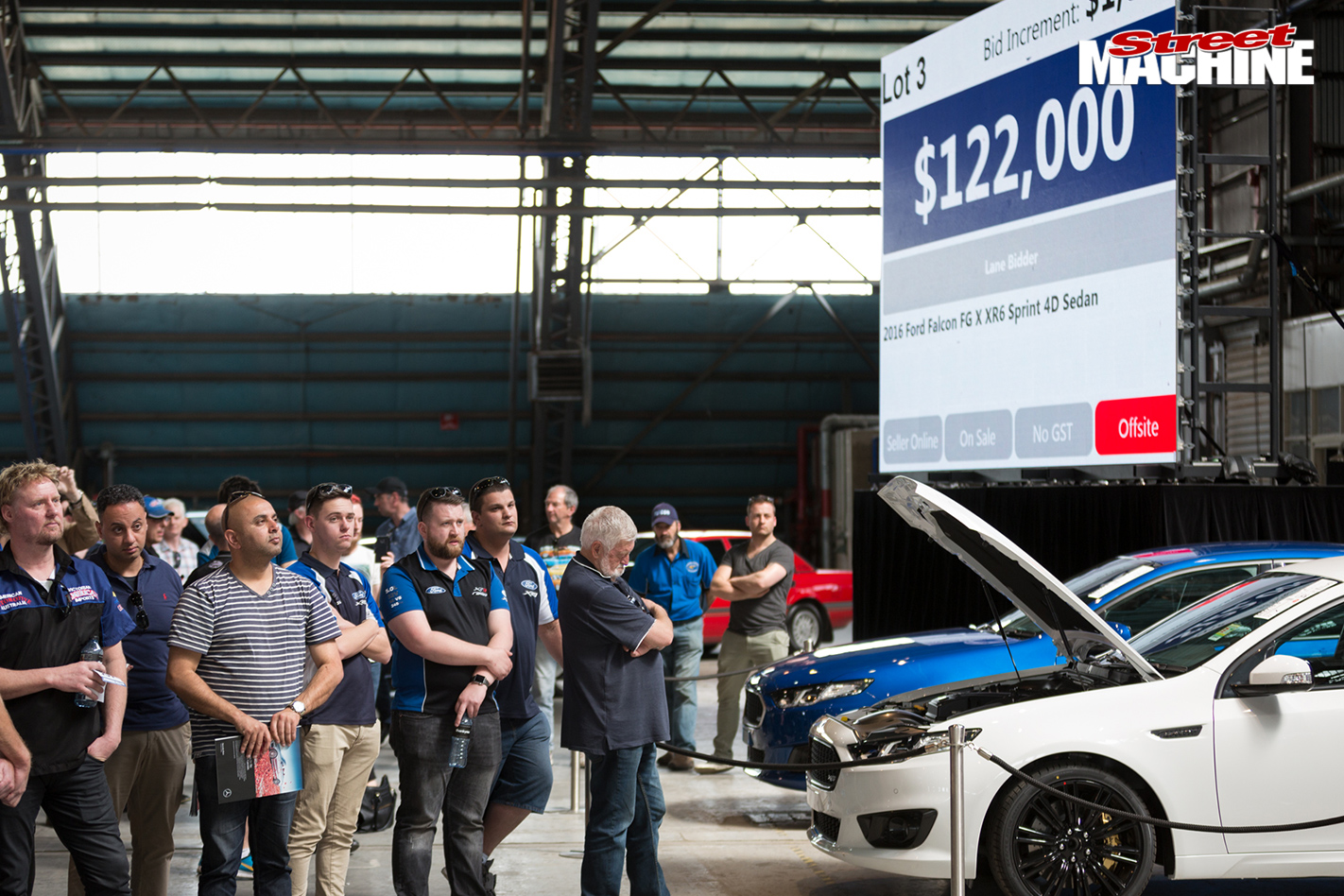 The crowd watches with anticipation as the final XR6 Sprint sells at the live auction. 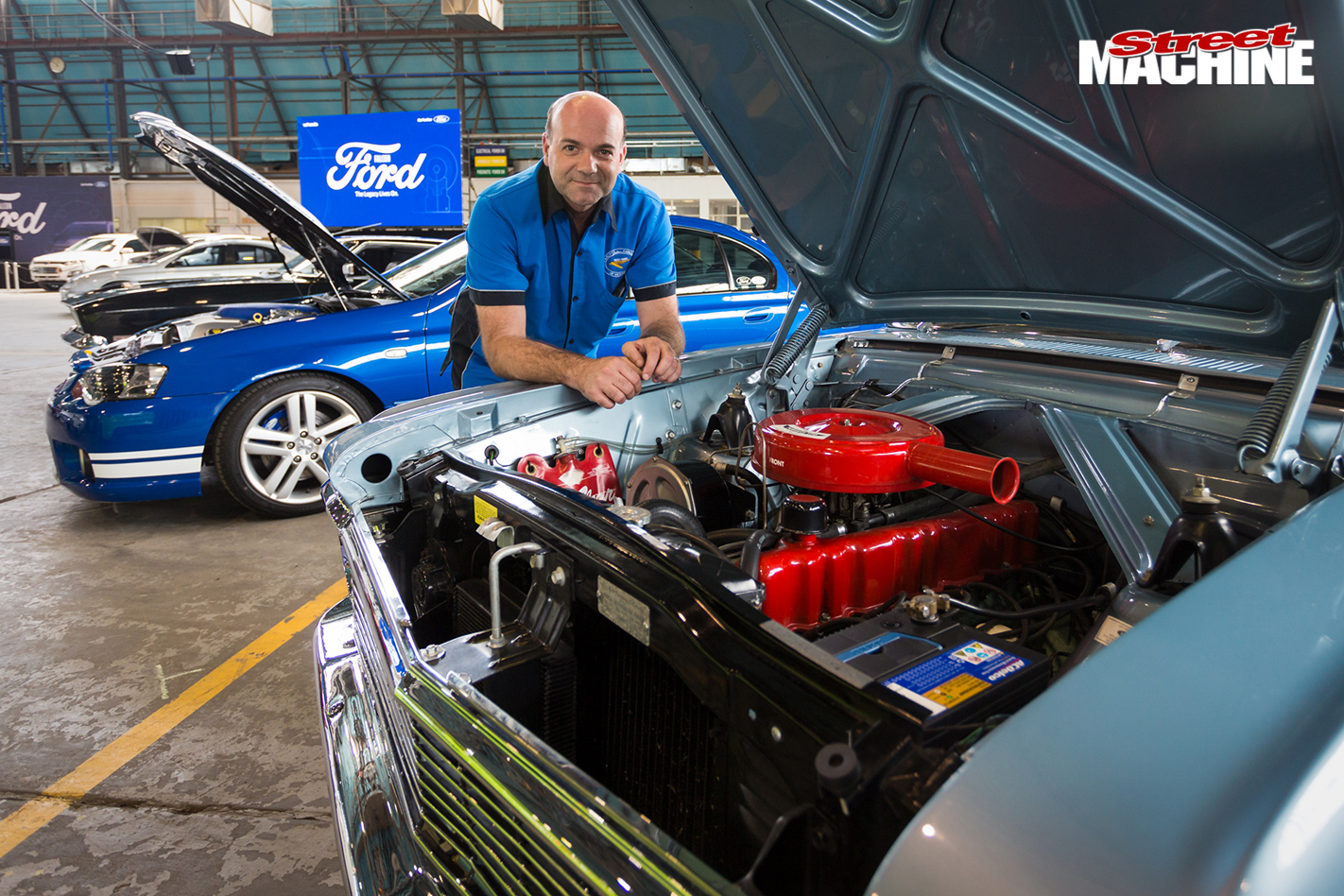 Pino Limoli with his crowd-favourite 1966 XP coupe in Silver Blue. The coupe runs a 170 Pursuit motor with three-speed auto.