We’re broken, dusty and bruised, but here’s our rundown of the highlights from Chopped 2014

NOW in its seventh year, Chopped is Australia’s premiere show for traditional rods and customs, and it’s regarded by many international visitors as one of the best of its kind in the world.

Limited to pre-’65 rods, customs and bikes with period-style modifications, the show is held at Newstead Racecourse and offers a heady mix of dirt drags, vintage speedway, a full program of live music and camping.

When the gates opened on Friday morning, cars were parked for 2km, patiently waiting, all overflowing with camping gear or towing vintage caravans. Chopped is an annual pilgrimage for many, a chance to connect with like-minded folk from all over the country and have a damned fine time doing it.

The weather has a big impact on what kind of event each Chopped turns out to be; this year it was fine and dry, with dusty conditions on the track. The racing is strictly grudge-style and casual, though it was marred by two rollovers, including the FAT57 Customs ’55 Chev gasser. The big-horsepower machine suffered severe damage, but fortunately the driver and passenger came out of it essentially unscathed. 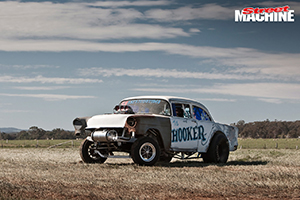 The car was an original gasser out of the US, with the bodywork left as-bought but a new chassis and ’cage, ready for ANDRA competition. The FAT57 boys say the car can be rebodied and will live to fight another day.

Entertainment highlights included the sets by 80s garage legends Intoxica and the always-fun Cosmic Psychos, some daredevil ring of fire action and a bunch of killer debut cars. 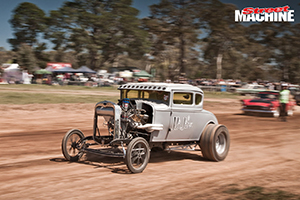 Our favourite new race car was Dave Andersen’s Hi Jinx Model A coupe. Originally built by Al Burgers and dubbed Nuttin Fancy, the car flipped while racing at Bendigo Airport. Al rebuilt it for Chopped and when Dave and his buddies got hold of it, they rebuilt it for this year’s event, in the style of an early 60s gas coupe. Features include massive engine set-back on a 428 FE big-block, top loader ’box and 18in spindle-mount 12-spoke front rims. The car will eventually cop a 430 MEL motor, dripping with rare go-fast gear. 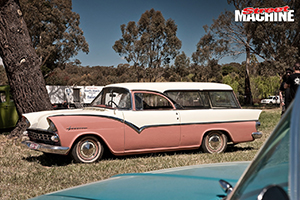 Among the customs, our pick of the show was Samira Sayed’s FB Holden two-door wagon. Built by Samira’s partner Aaron Bray in 10 months, the FB features a Chev Nomad-style roof, ’55 Ford side trims, lengthened doors and many subtle touches. The car not only towed a vintage caravan over from South Australia but was raced all weekend and thrilled everyone who loves traditional custom car techniques applied to Australian body styles.

It was a big weekend for the Street Machine team too. Our art guru Povi Pullinen debuted his Dynamite Bettie Model A coupe; SM Hot Rod editor Boris Viskovic flew over from Perth to bust his Chopped cherry; photographer Chris Thorogood waved goodbye to his ’61 Buick; and Telf’s EJ was used as a support vehicle, got covered in dust and failed to win a single race. We also shot miles (gigabytes?) of film for an upcoming 45-minute special on the event. Look out for it in a month or so – and if you have any footage from the weekend that you’d like to submit, drop us a line at streetmachine@bauer-media.com.au 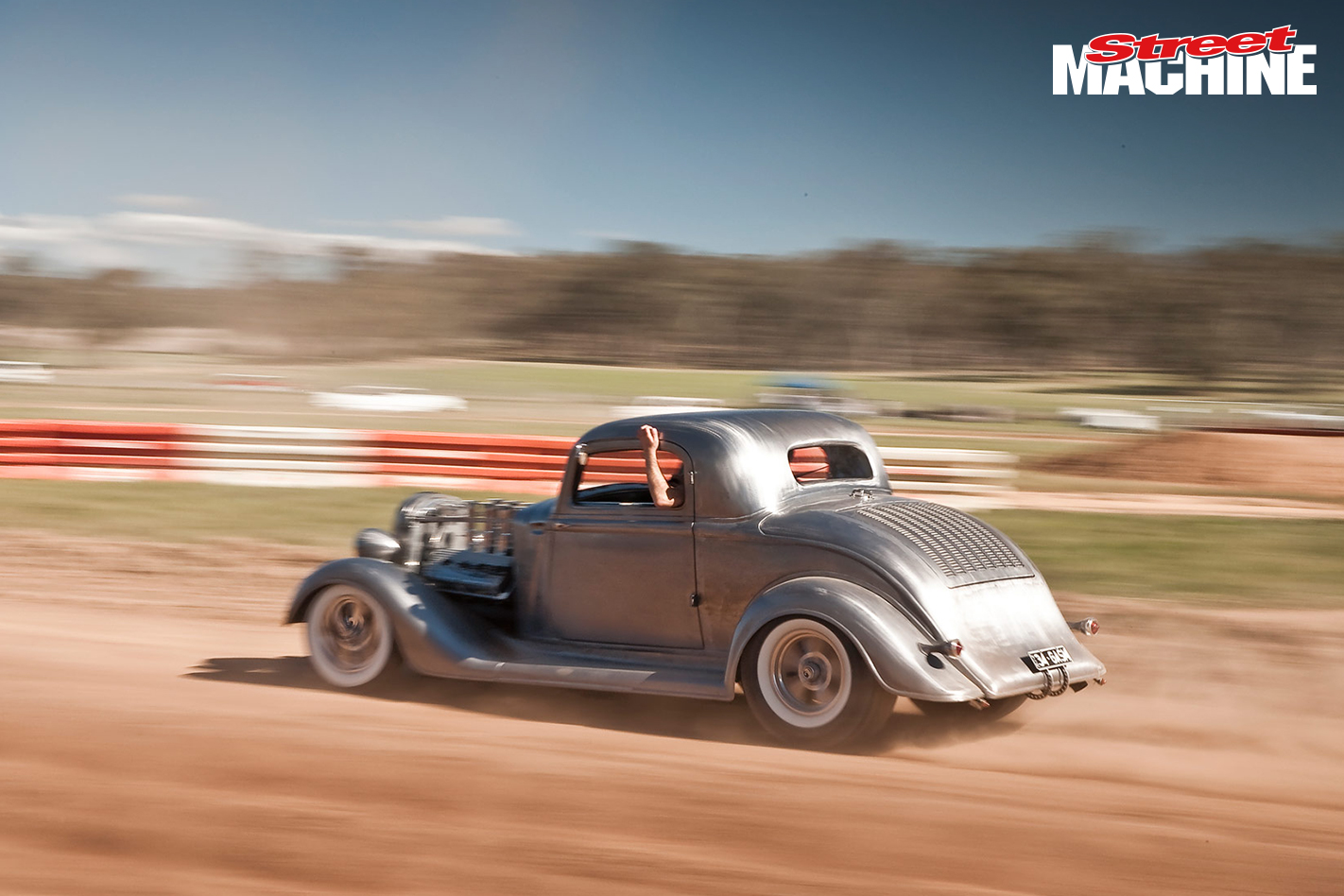 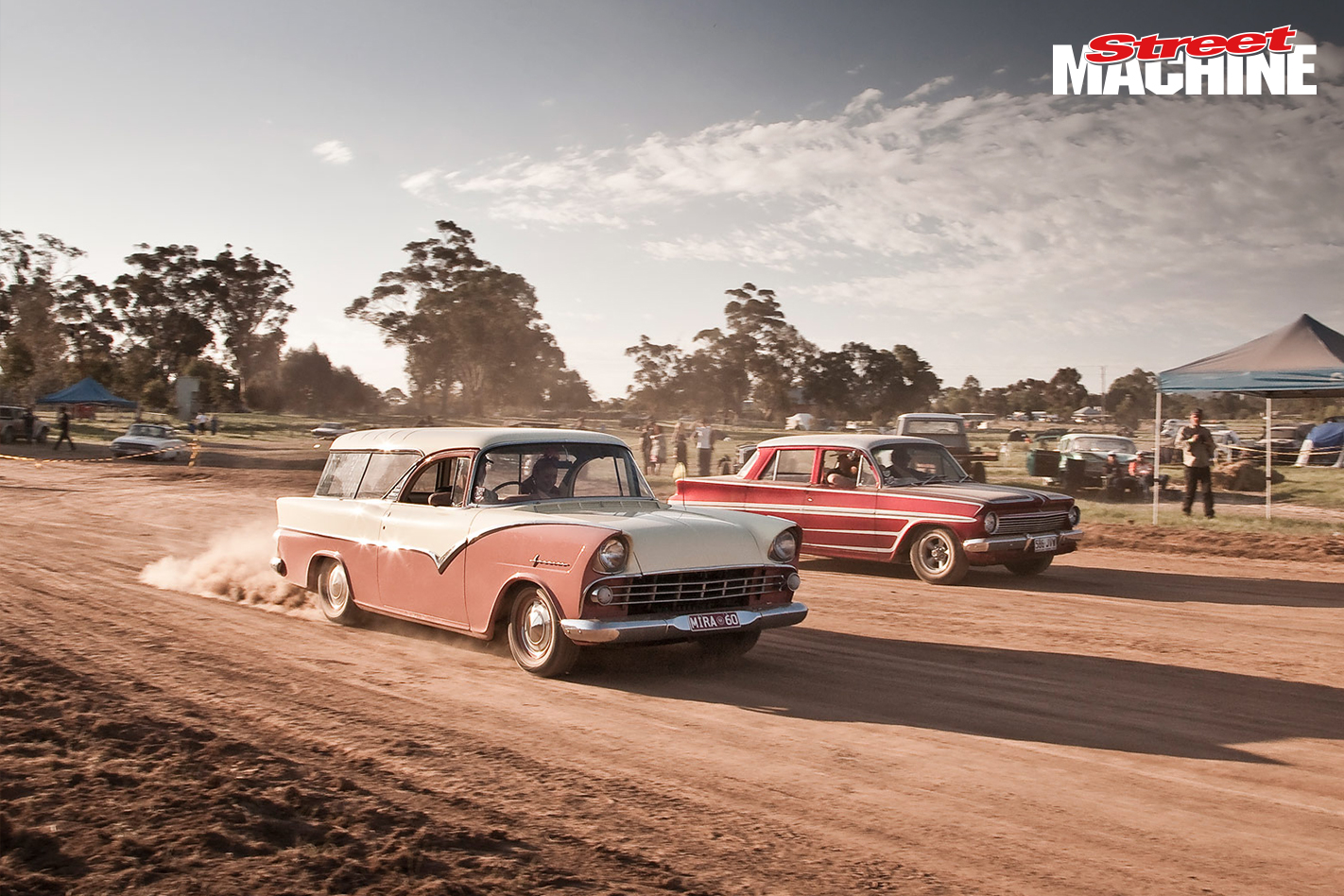 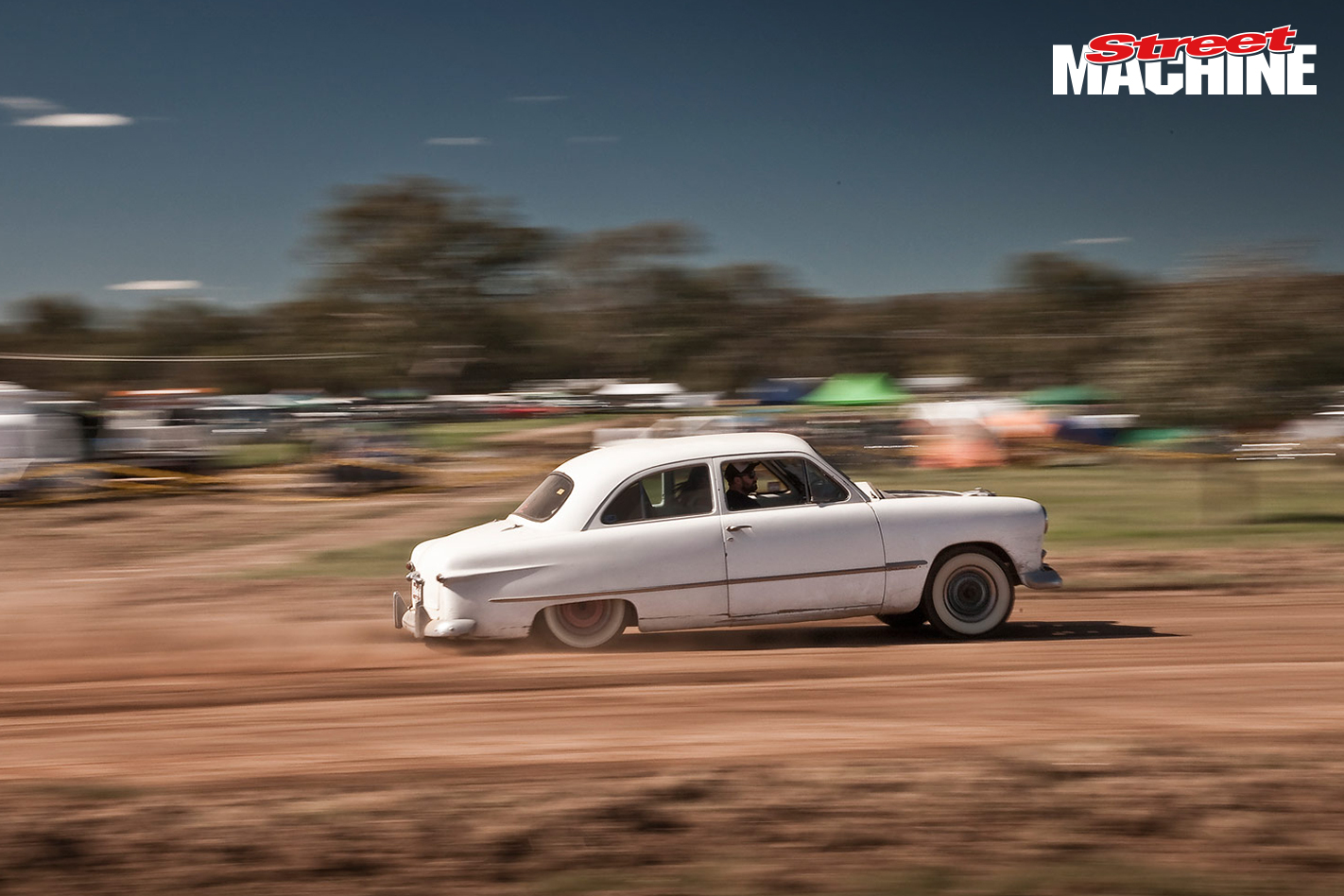 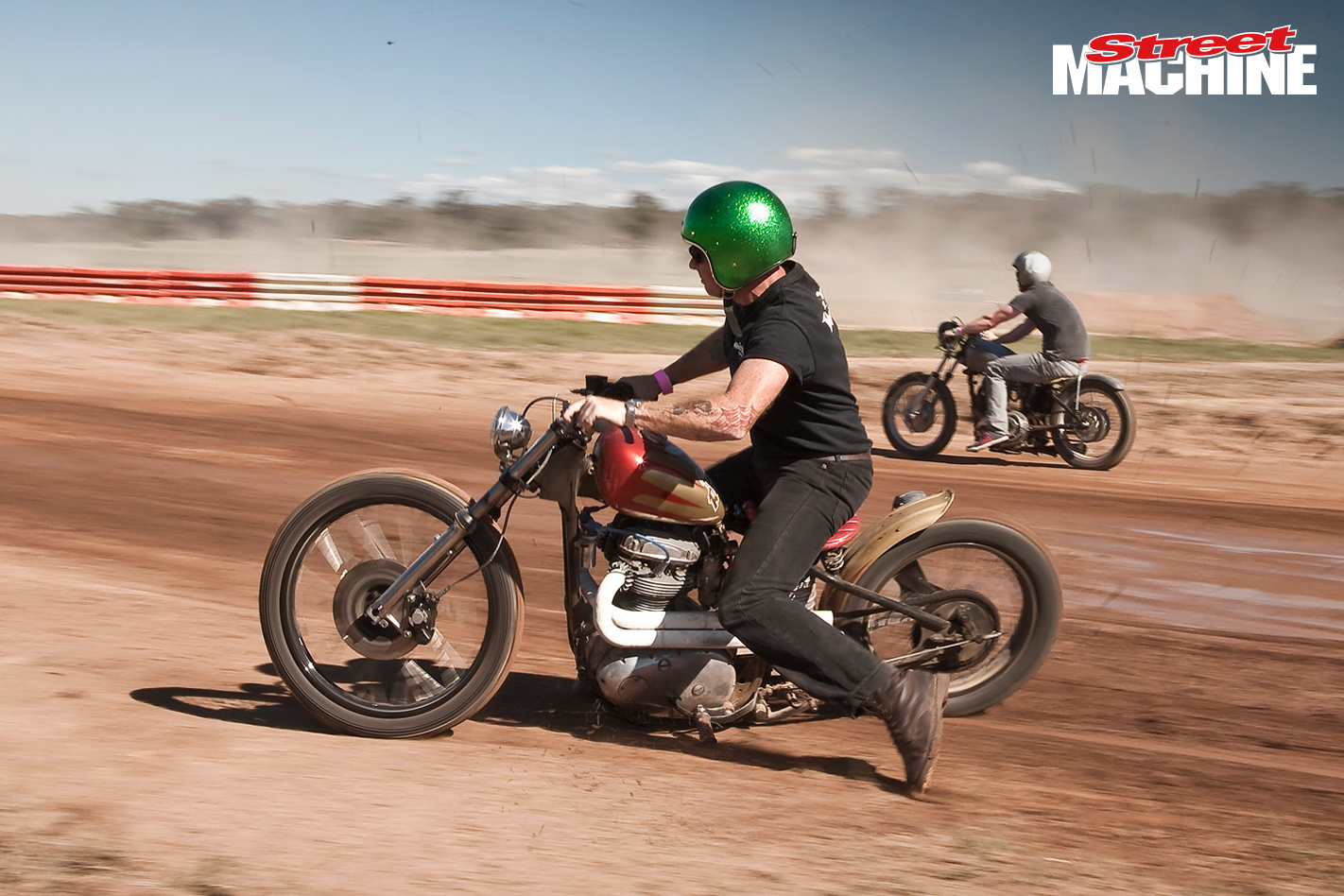 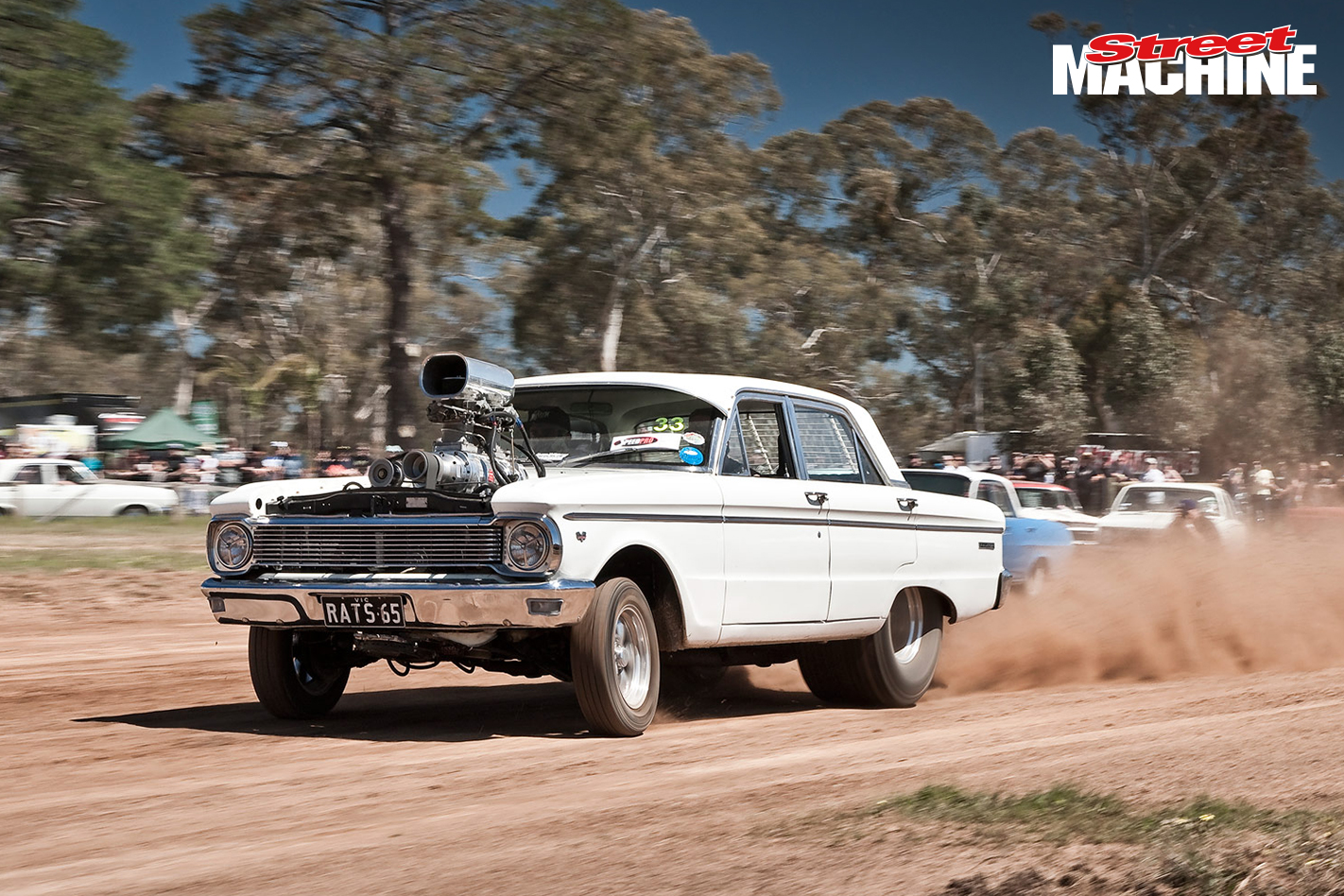 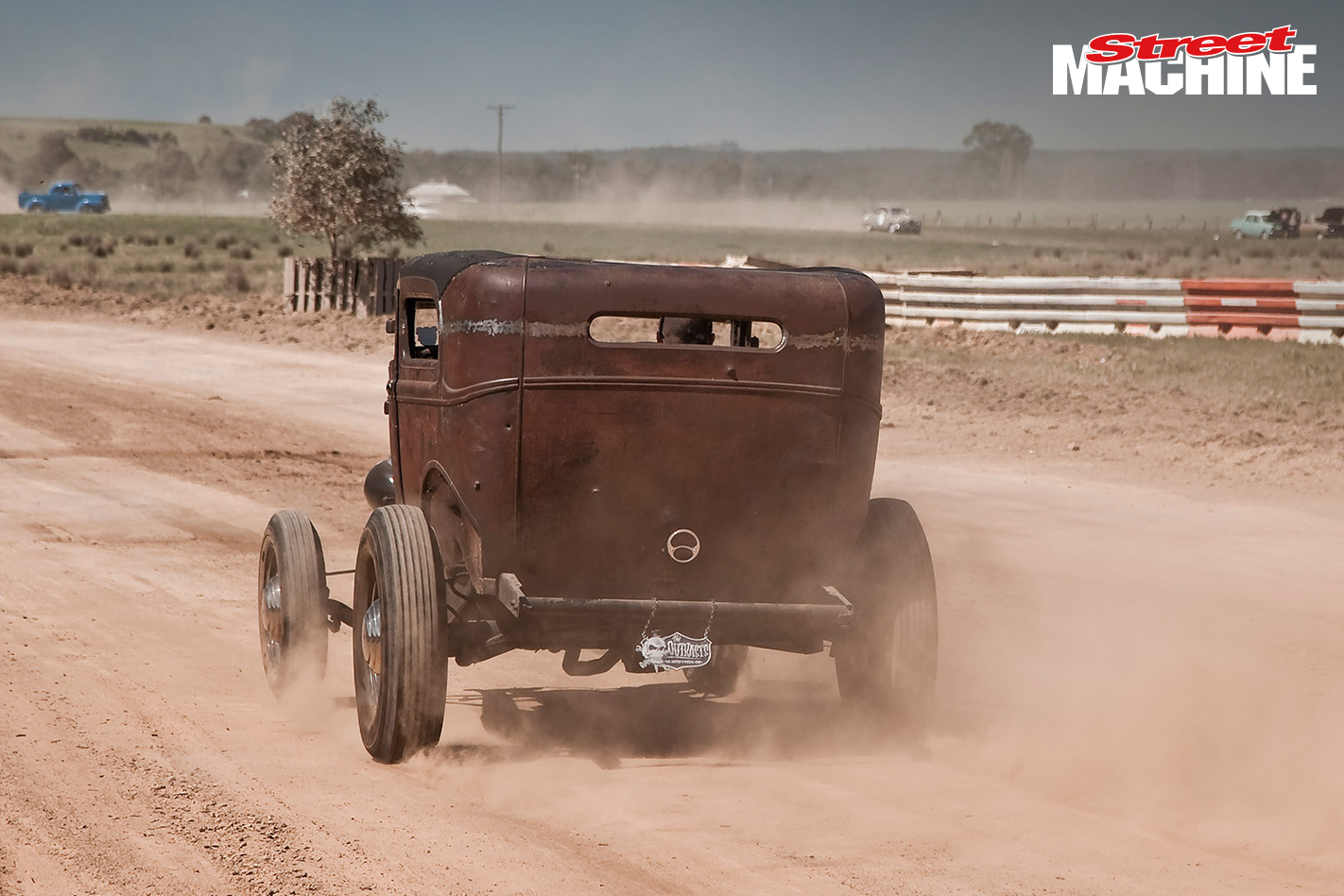 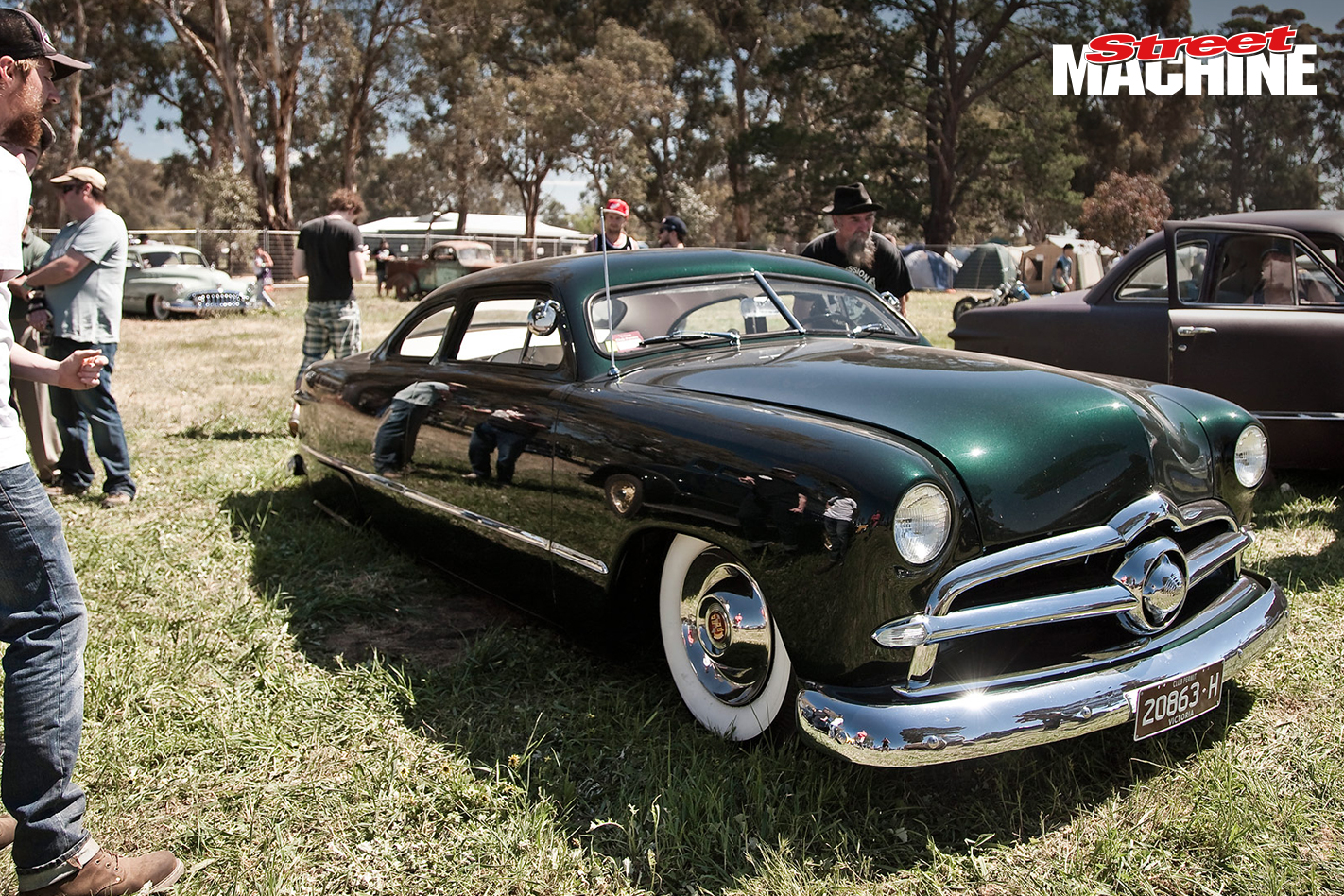 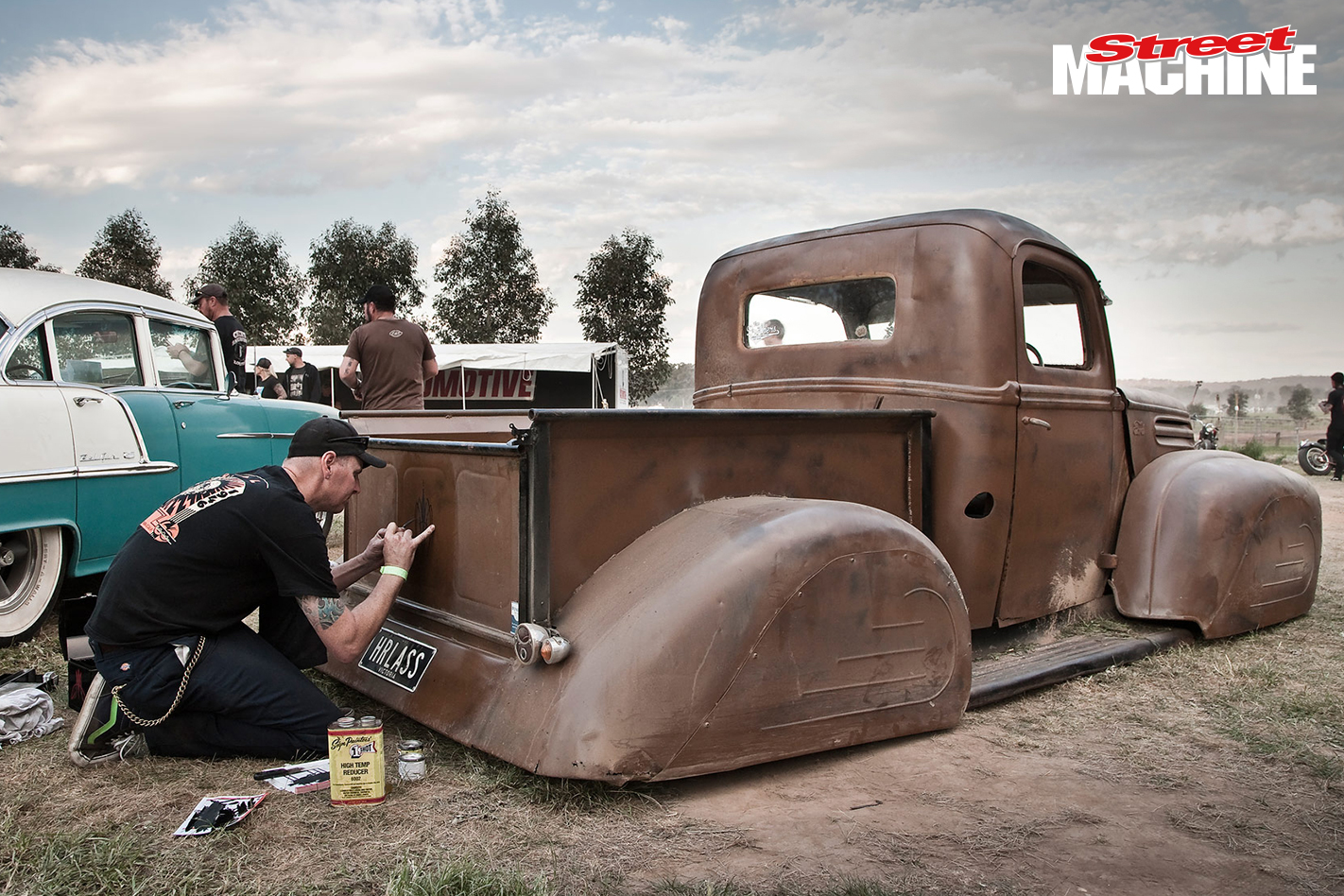 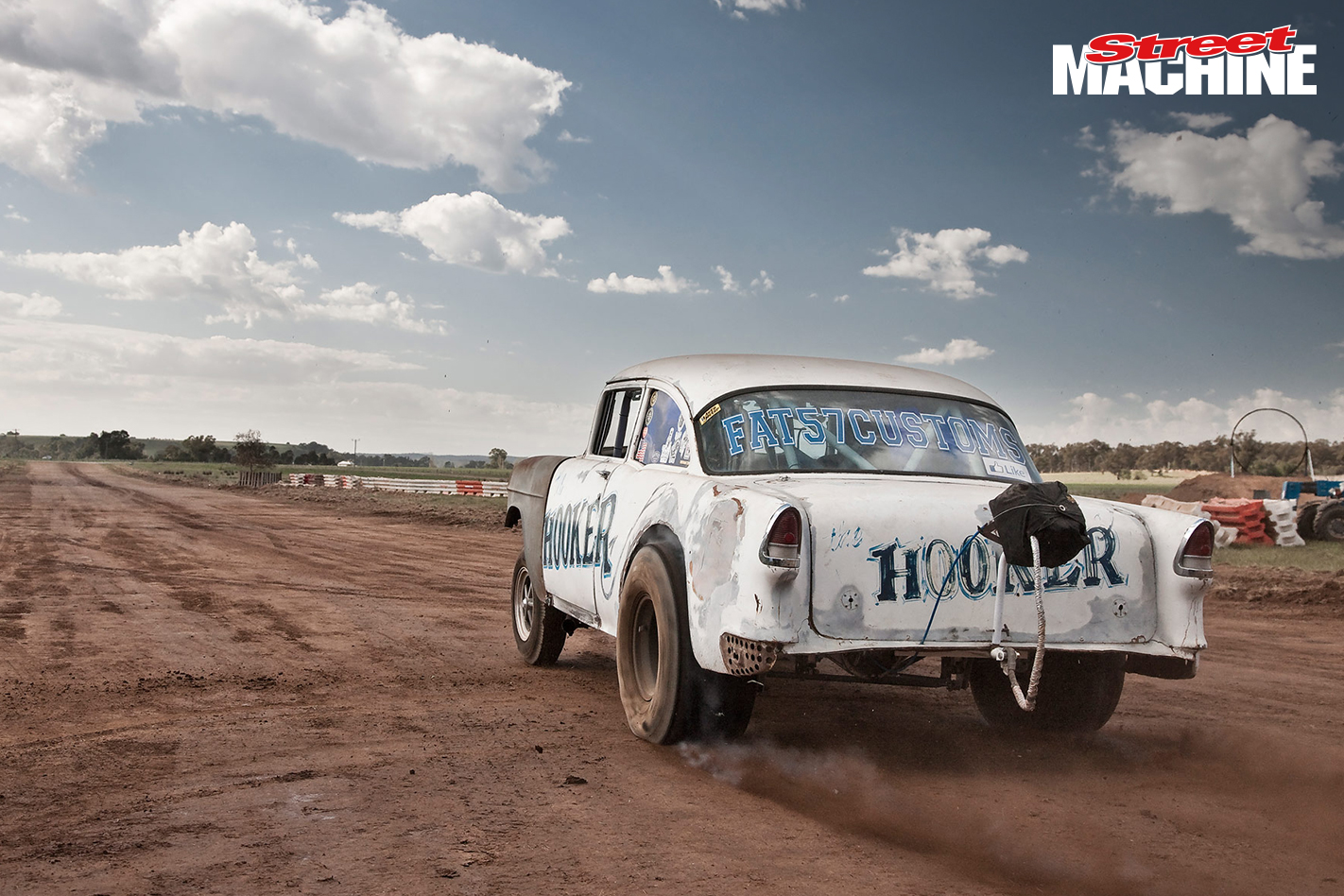 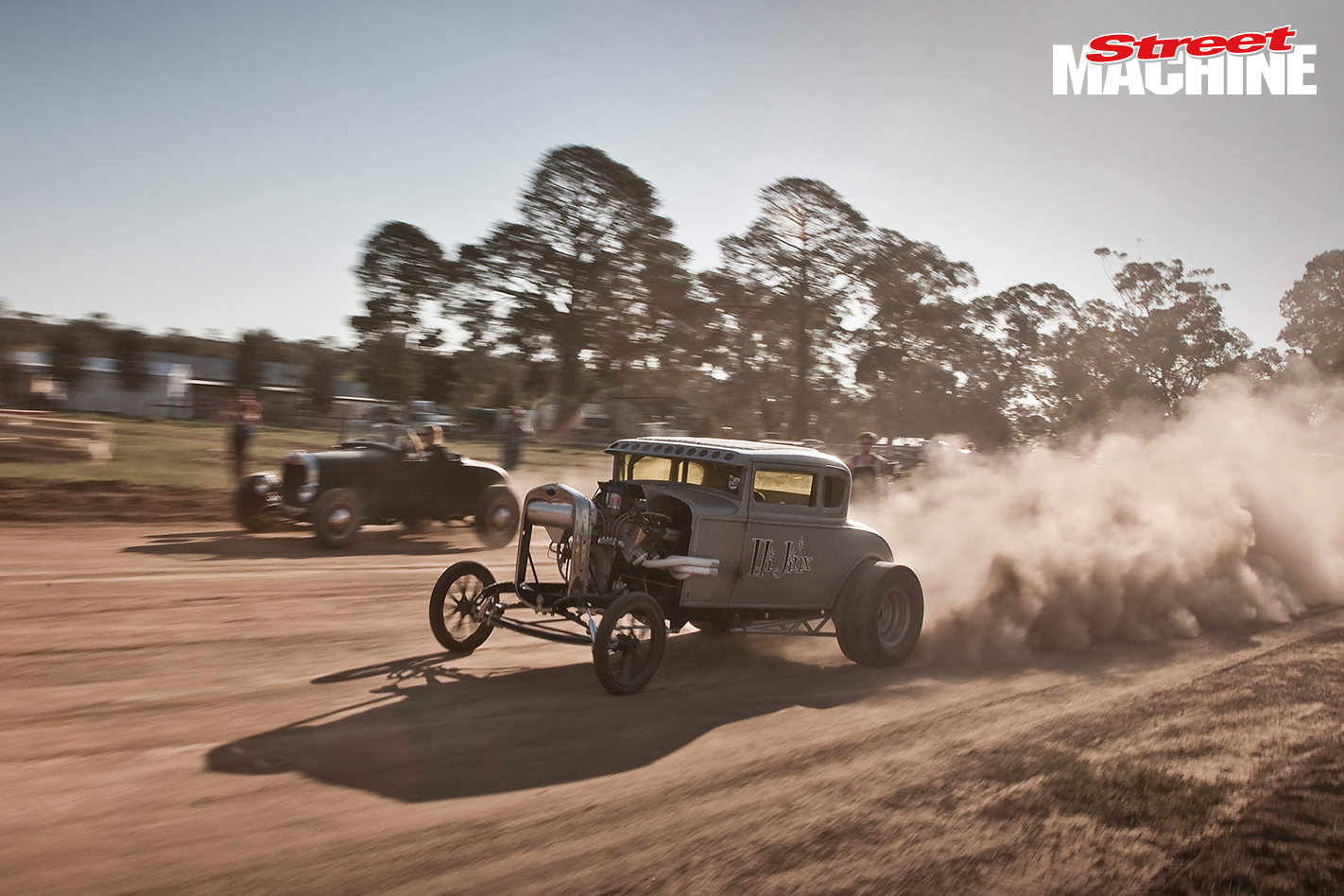 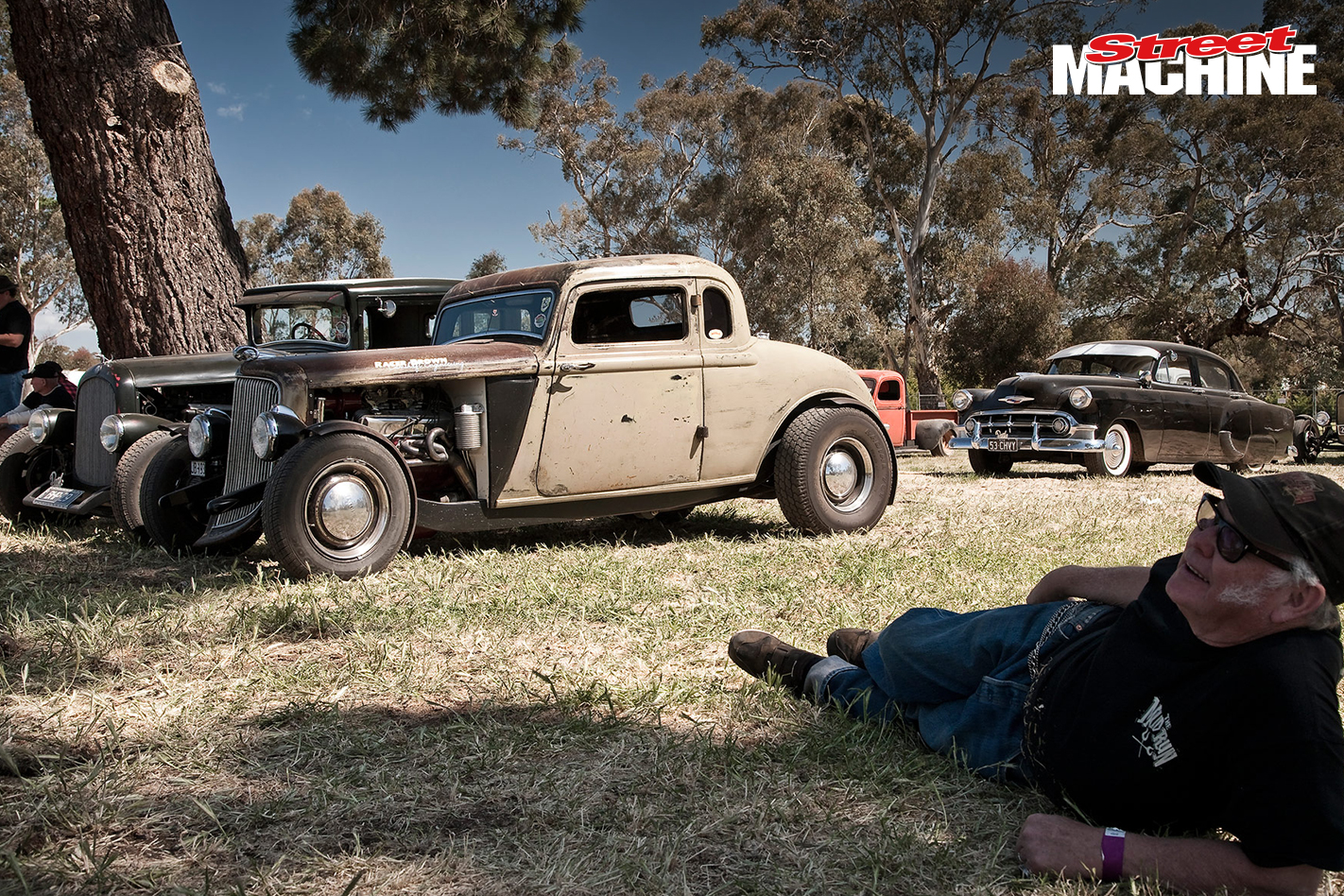 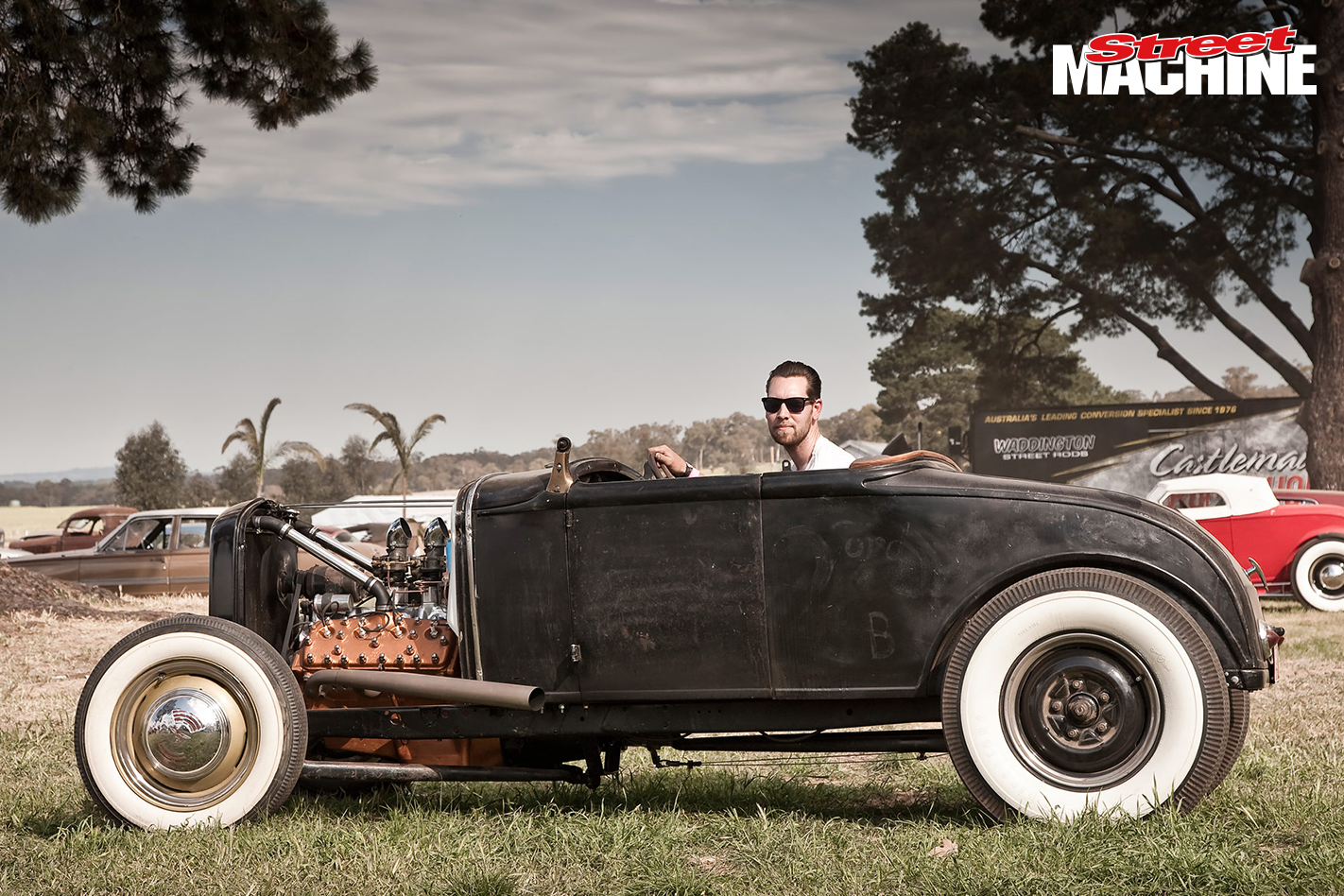 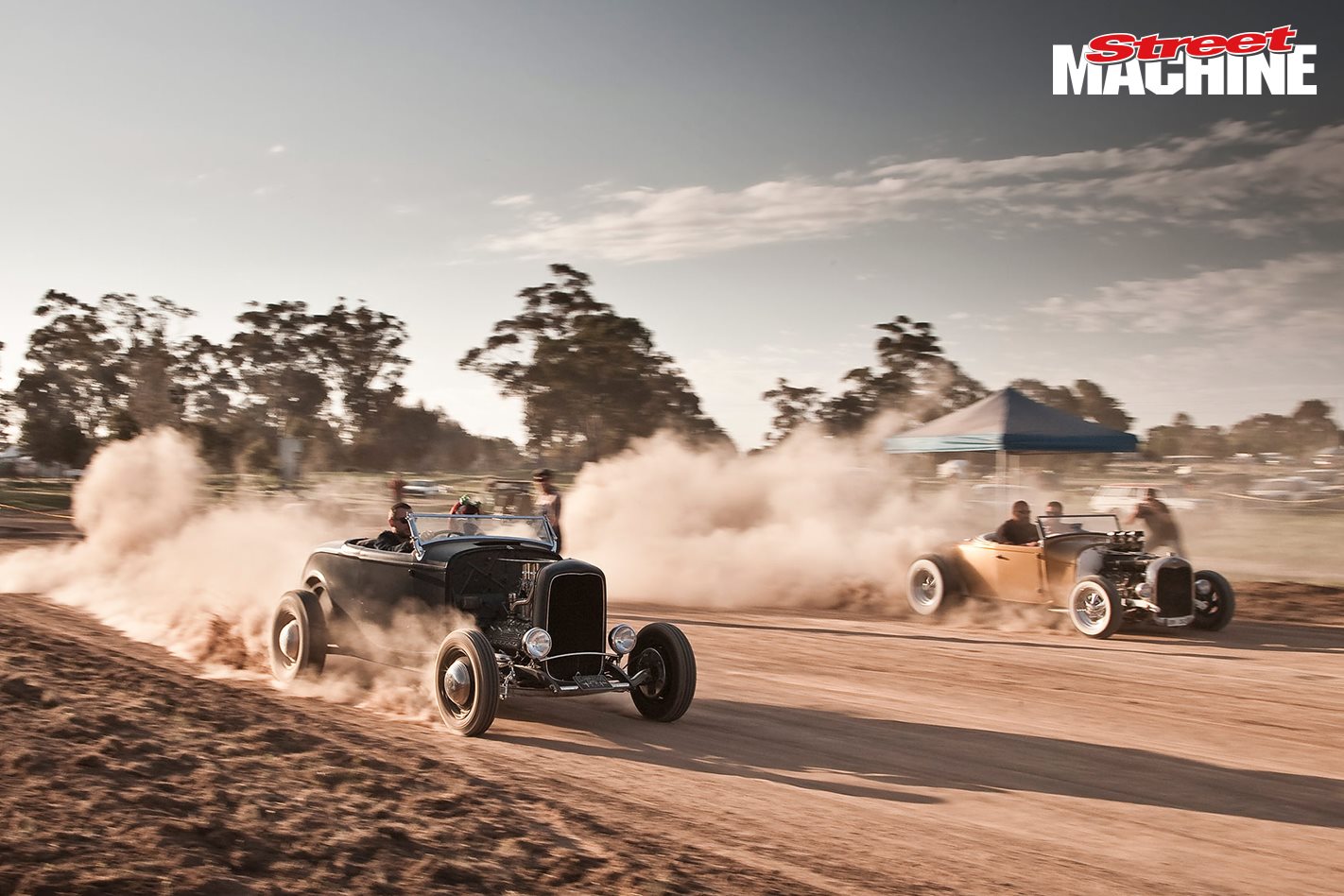 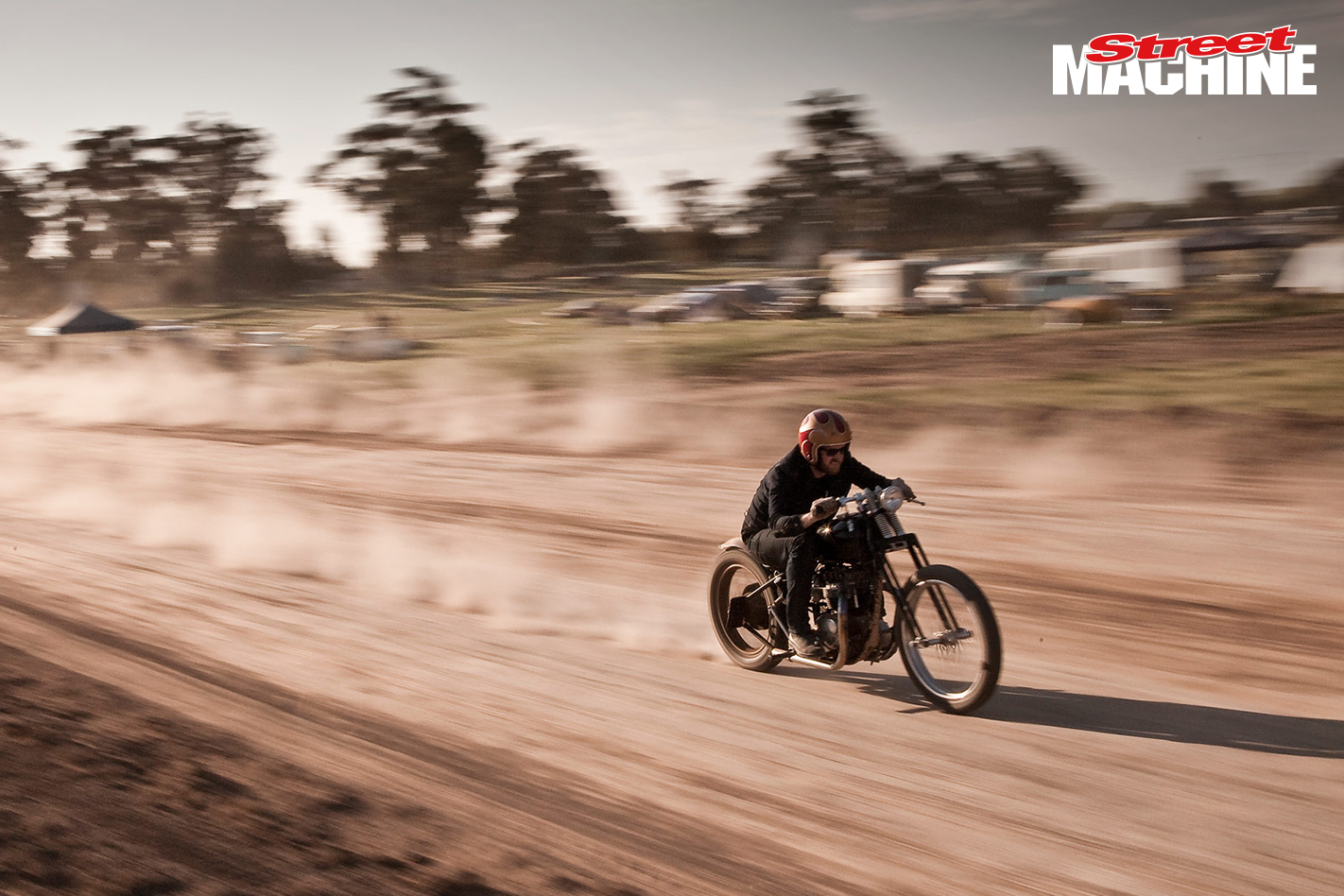 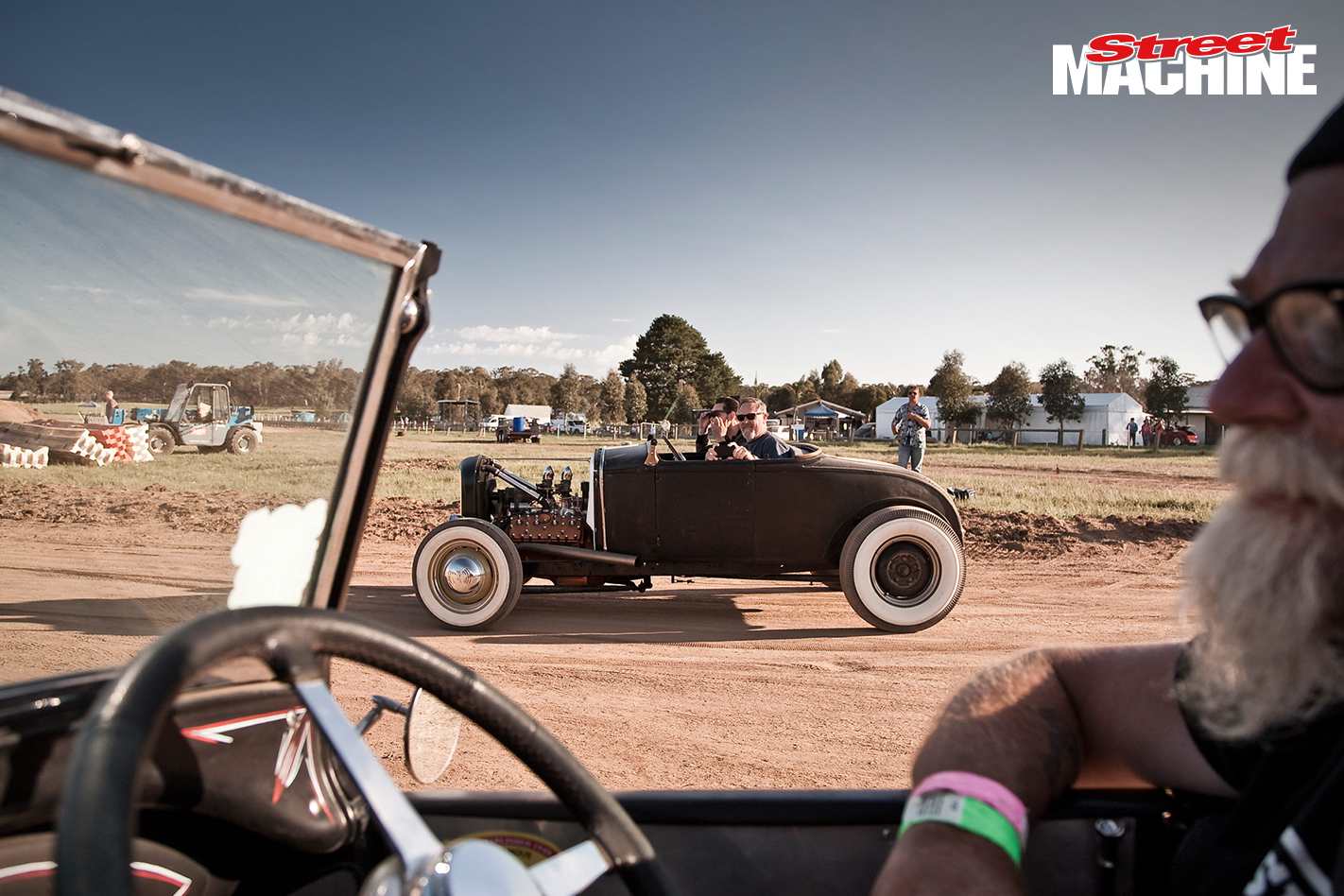 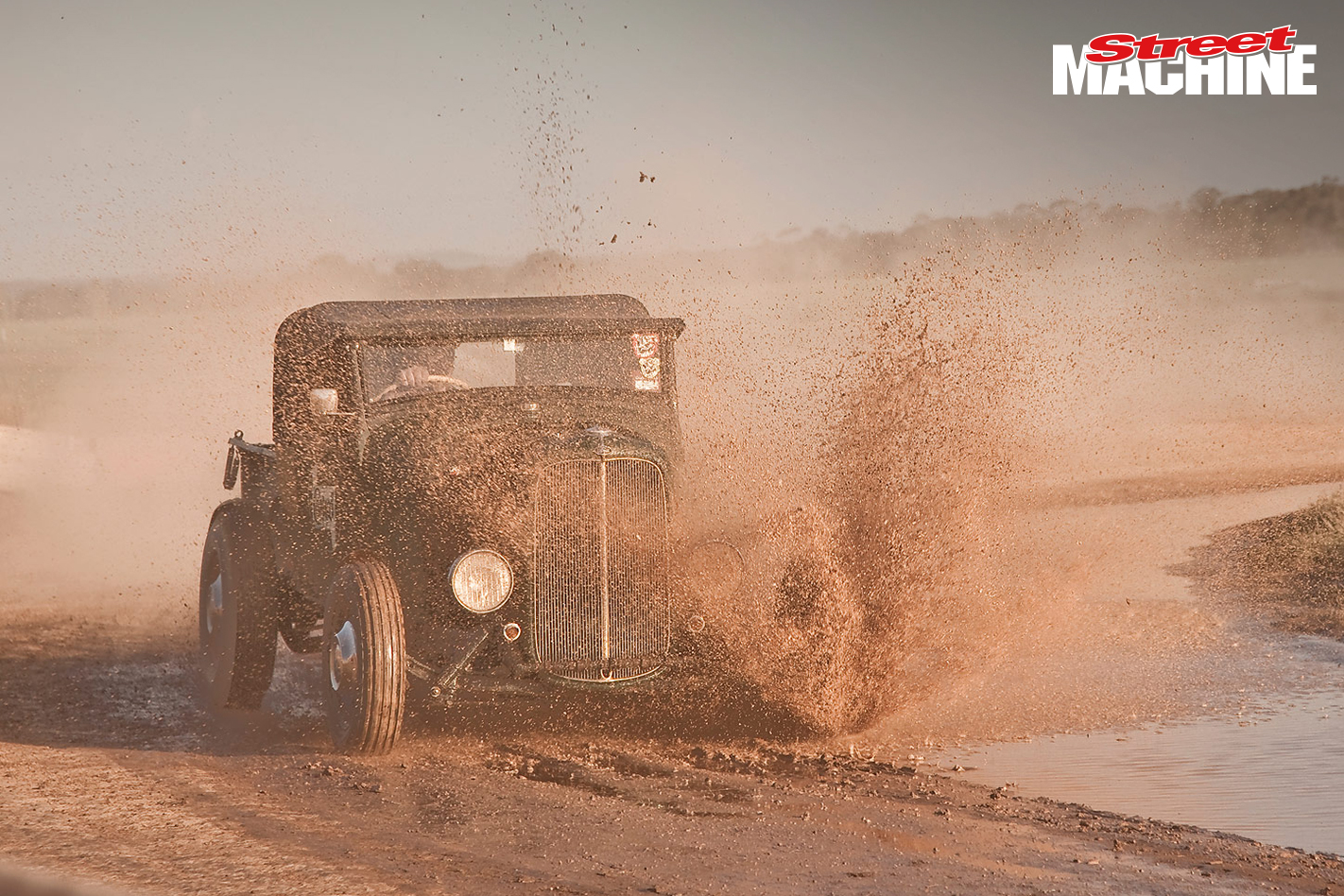 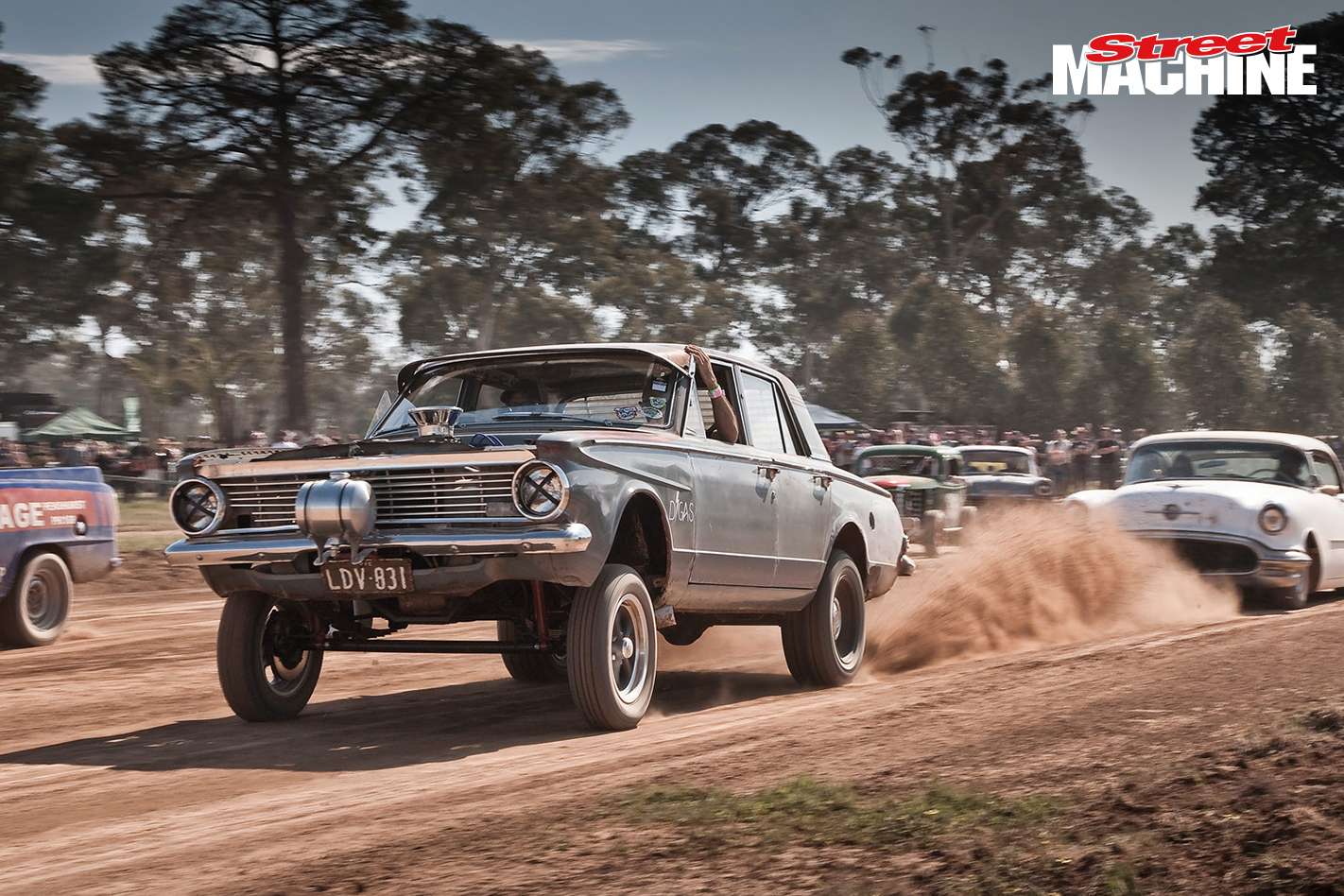 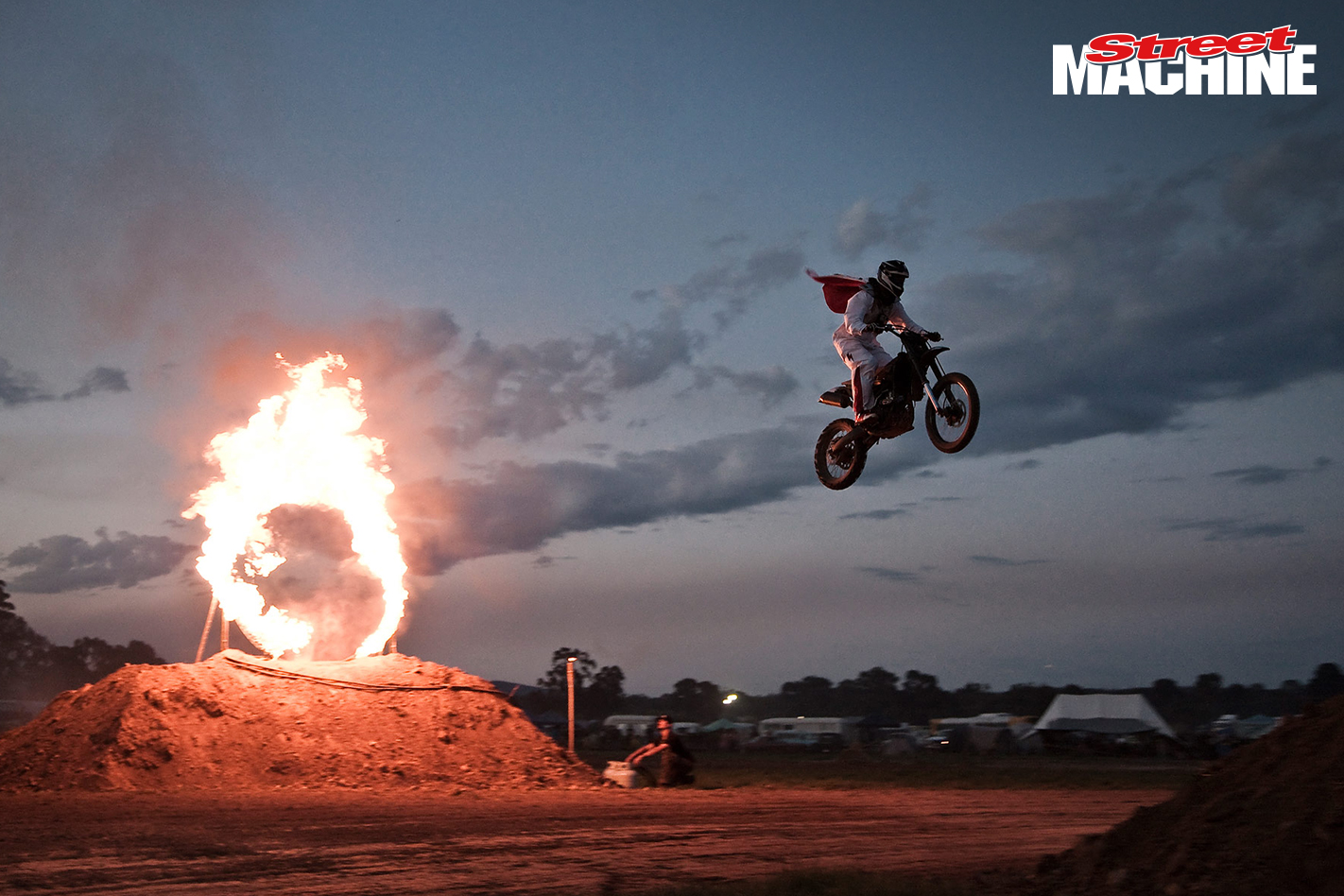 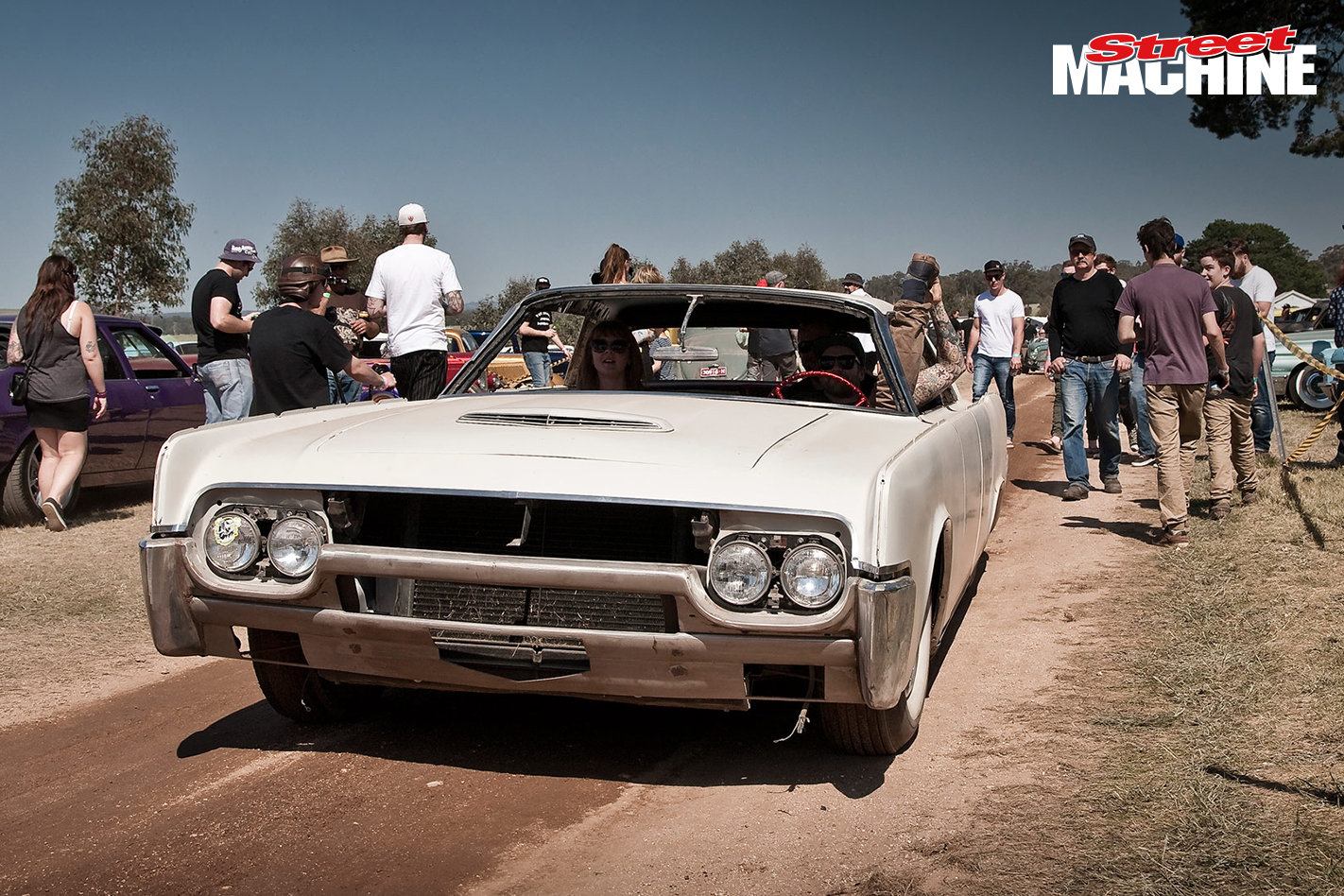 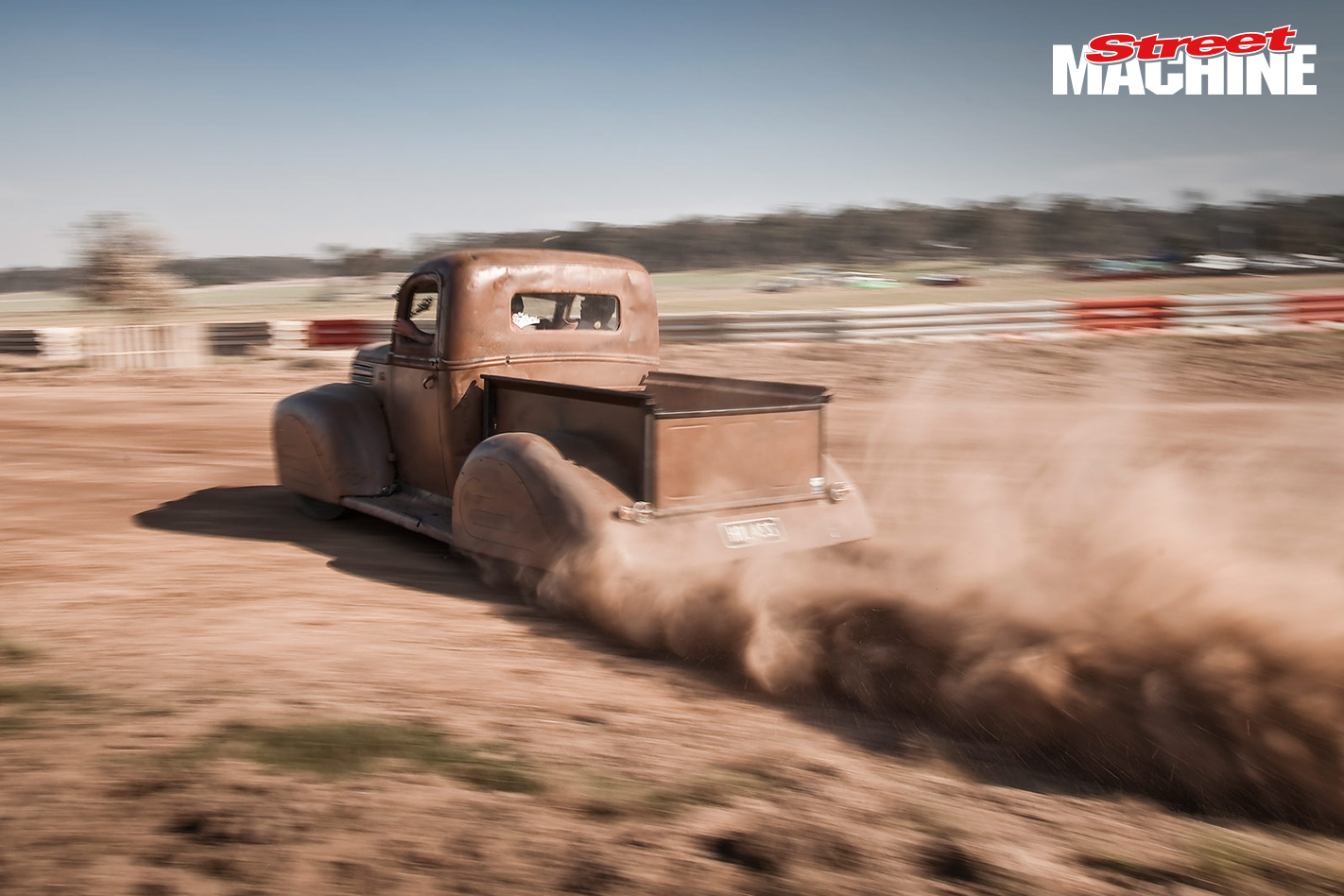