SIX OF THE BEST – RED CENTRENATS

1. Kev’s HZ panel van. Last year Kev drove his AP5 Valiant all the way from Perth to Alice for the first Red CentreNATS. This year, he decided to give his HZ van a birthday, with Panama Green duco, new trim and big rims – and was blown away to be selected for a spot in the Elite Hall at RCN. The van started life as a Belmont with 253, three-speed and a bench seat, but now runs a four-speed, buckets and 3.08:1 gears for effortless cross-country cruising. “It is perfect for this kind of trip,” said Kev, who is now headed to Melbourne for the AFL Grand Final and then on to Bathurst for the Great Race. 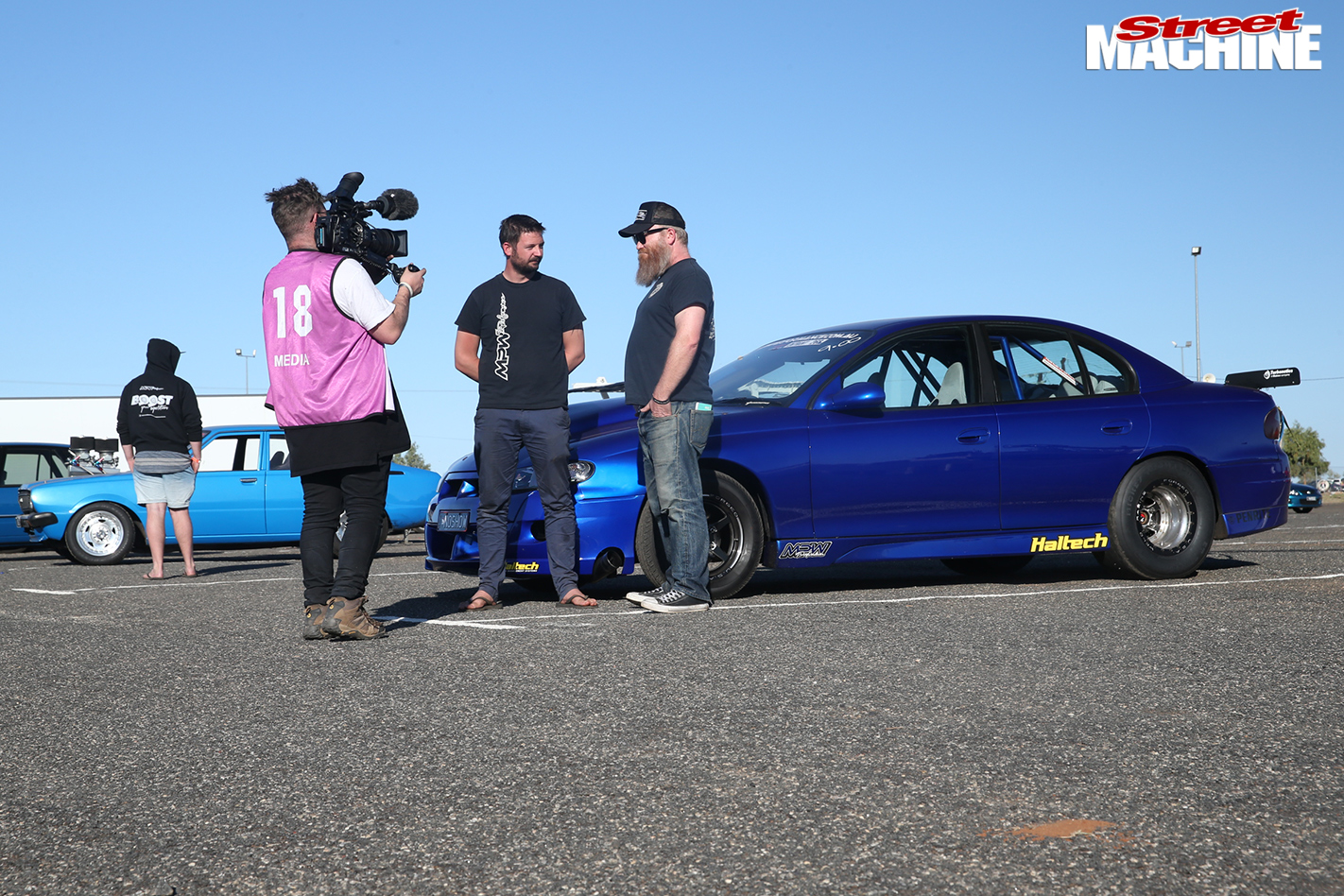 2. Adam Rogash has revamped his NOSHOW Clubsport for this year’s Street Machine Drag Challenge, and decided to bring the beast up to Red CentreNATS for a bit of fun and to iron the bugs out. A few issues were found, but he managed to run the quickest pass of the weekend at Alice Springs Inland Dragway, with an 8.68@169mph on the newly resurfaced strip. He also took out the dyno with a 763rwhp pull on low boost at just 5835rpm with 50% throttle – and that was enough to overpower the dyno! Rounding out a very successful RCN, Adam’s Clubby also won Best Competition and a spot in the Top 10 Street. 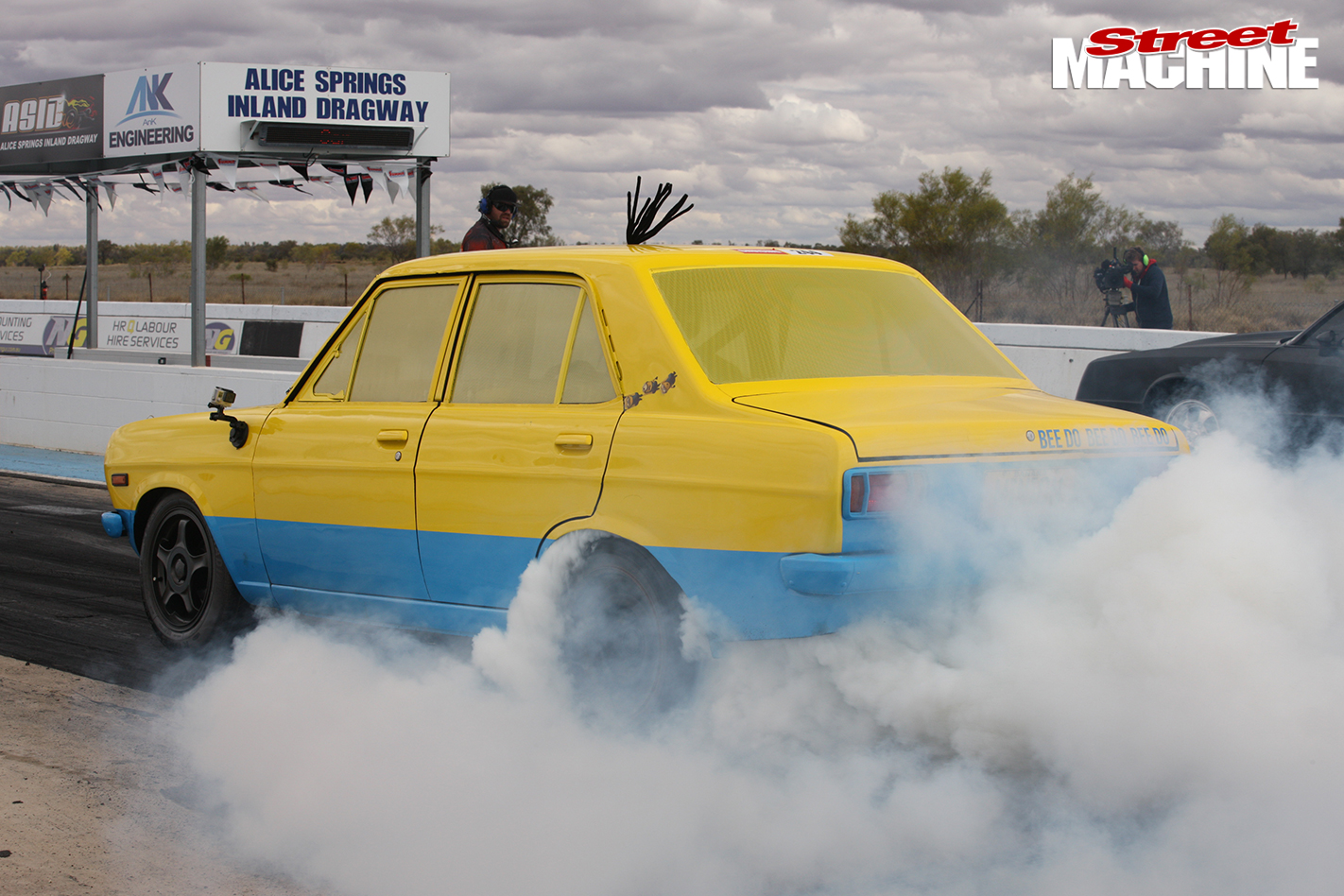 3. Ben ‘Scud’ Simpson gave his LS1-powered CHEESE Datsun a makeover before RCN to become MINION. Powered by a methanol-injected LS, the little Datsun has been Ben’s plaything while his Fontana-powered SCUD Datto 1200 is out of action. The car’s new identity was an instant hit with the kids who saw it cruising through town for the street cruise on Friday night, and Ben was kept busy all weekend with the youngsters wanting a photo with the car. To cap off the weekend, Ben took out second place in the RCN burnout comp, behind Dave Cufone’s Chevelle. 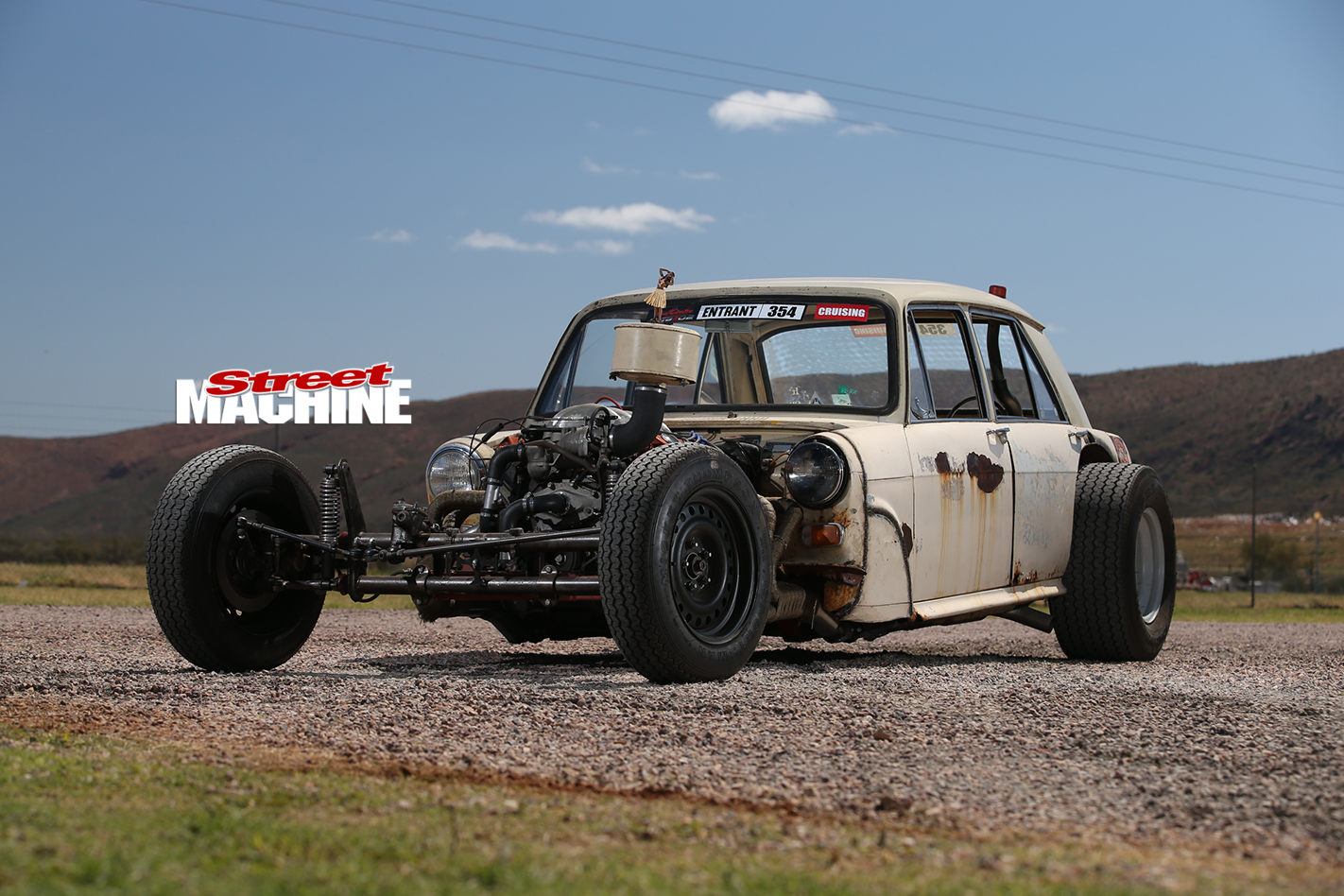 4. Mark James teaches Light Vehicle Mechanics at Charles Darwin University, and he brought his crazy 1963 Morris 1100 down from Darwin to Red CentreNATS to be a serious attraction on the CDU stand. “I was originally looking to do a Roth-inspired, V8 VW, but finding an affordable car was difficult,” Mark said. “Then I started thinking about the Morris and how most people have some kind of connection to them. So I found a complete, stock car and got it shipped to Darwin. The truck driver took the running gear and we went from there.” Stay tuned for more on this one. 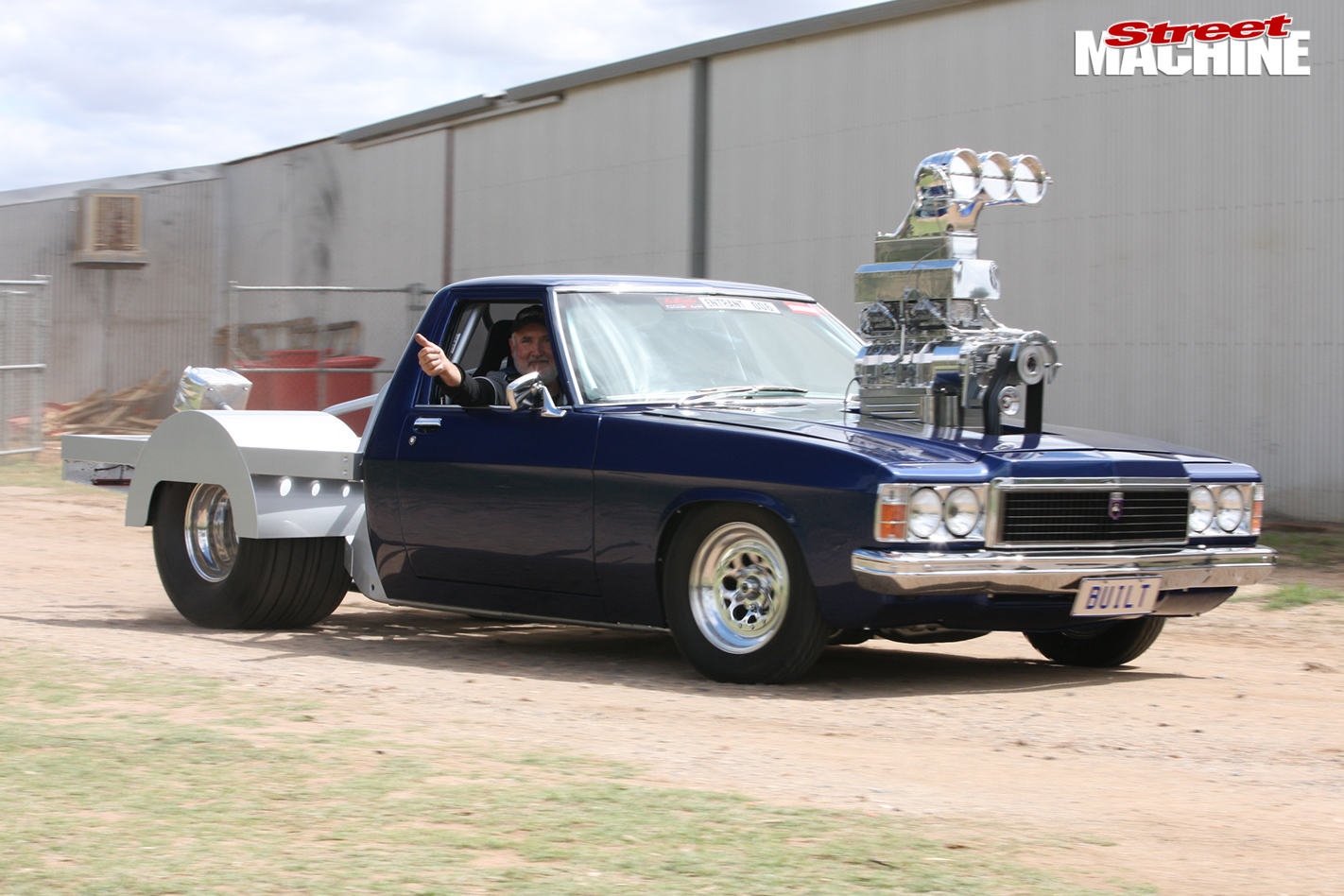 5. The most talked-about car of the event would have to be Dave Carter’s BUILT one-tonner. What started out as a drag car build morphed into a mental street/show monster, with a tower of power taller than most of the punters at RCN. The HQ runs a 540ci big-block, topped by a 10/71 blower and twin Quick Fuel 850cfm carbs. And no, that isn’t a couple of intercoolers wedged between the blower and manifold – it’s all for show. The mill is backed by a Powerglide and four-link rear end, with the massive rear rubber measuring up at 33/21.5/15. The tonner sounds awesome and successfully completed the Friday night cruise and all of the Grand Champion driving events, including the drags and motorkhana. 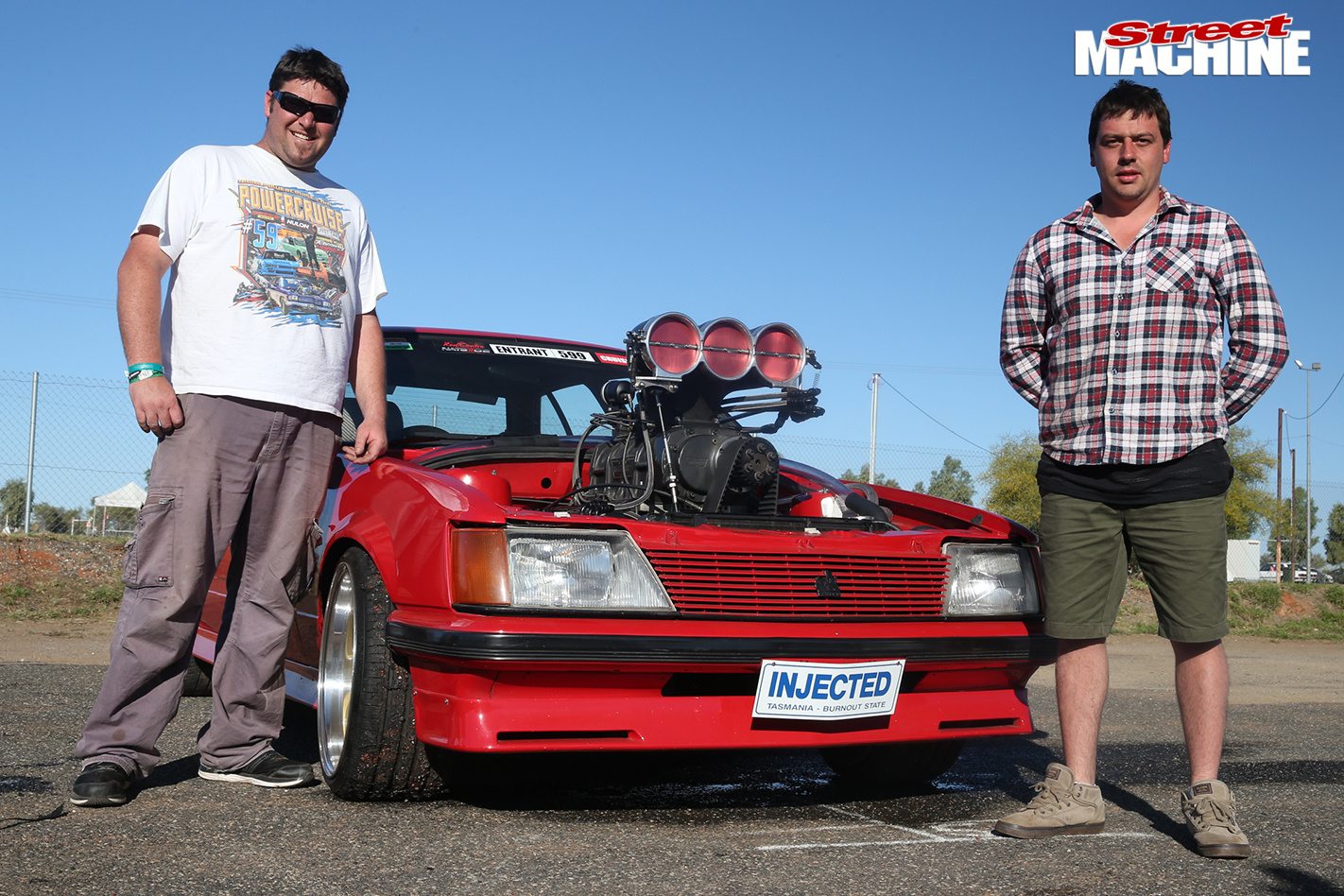 6. There were heaps of awesome cars that were driven or towed major distances for RCN, including Darren Triffort in his VH Brock tribute, all the way from Tassie. The beast runs a 427 small-block Chev, with an 8/71 blower and methanol injection, backed by a TH400. Darren also has an HK wagon drag car, which he’d like to bring to RCN next year. 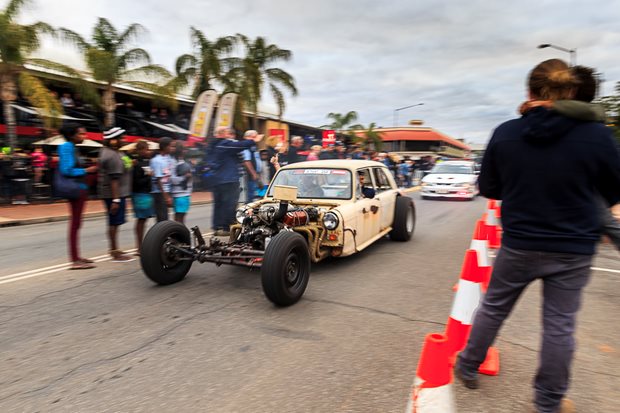 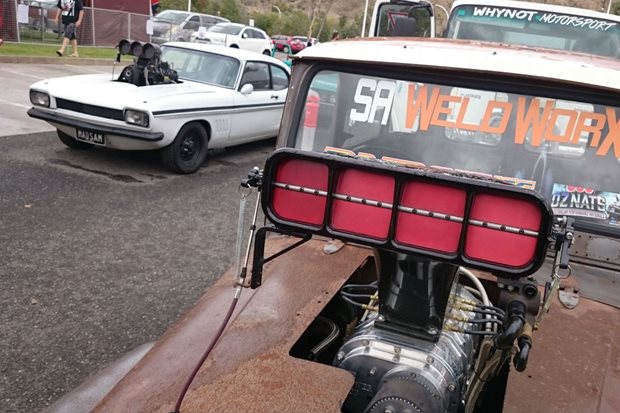 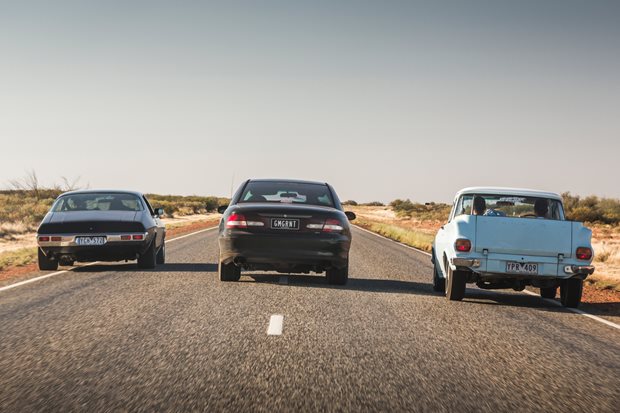 Who is planning a road trip to Red CentreNATS in Alice Springs?