LET us hope Rockhampton locals who enjoy peace and quiet made other plans for their Easter long weekend. Saturday at Rare Spares Rockynats saw the air once again filled with tyre smoke for much of the day, while downtown’s streets were permanently shaking to the tune of rumbling cruisers. Icing on the cake? Eight solid hours of street drags along the CBD’s riverfront Quay Street. 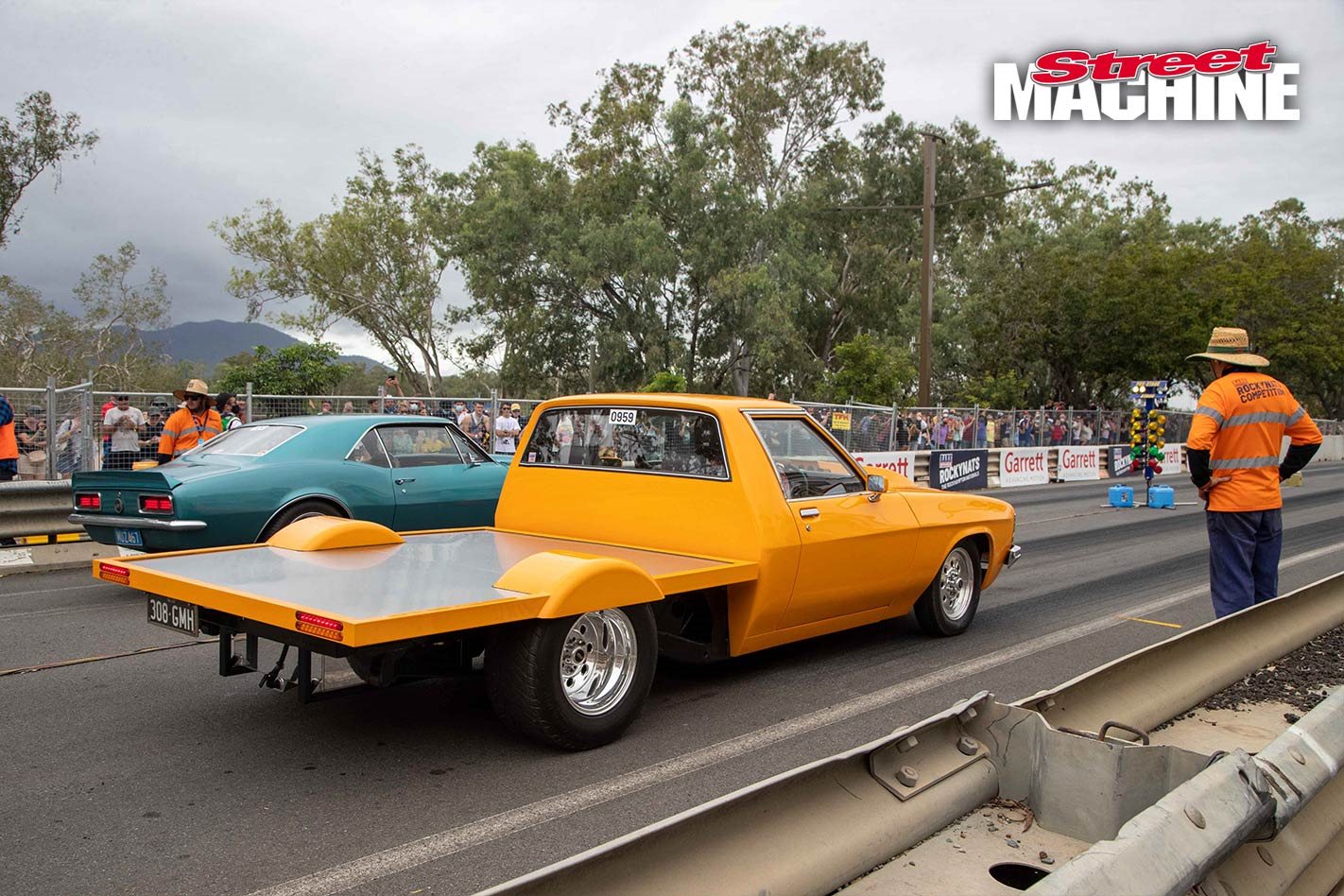 On and off rain all day didn’t keep spectators away, but just as the second round of Burnout Masters was about to kick off in the early evening the rain gods got nasty and refused to stop.

The hundreds gathered to watch were left wanting as the event was called off at 6.30pm, with the hope now to stuff Round two and the final into a Rockynats Super Sunday. 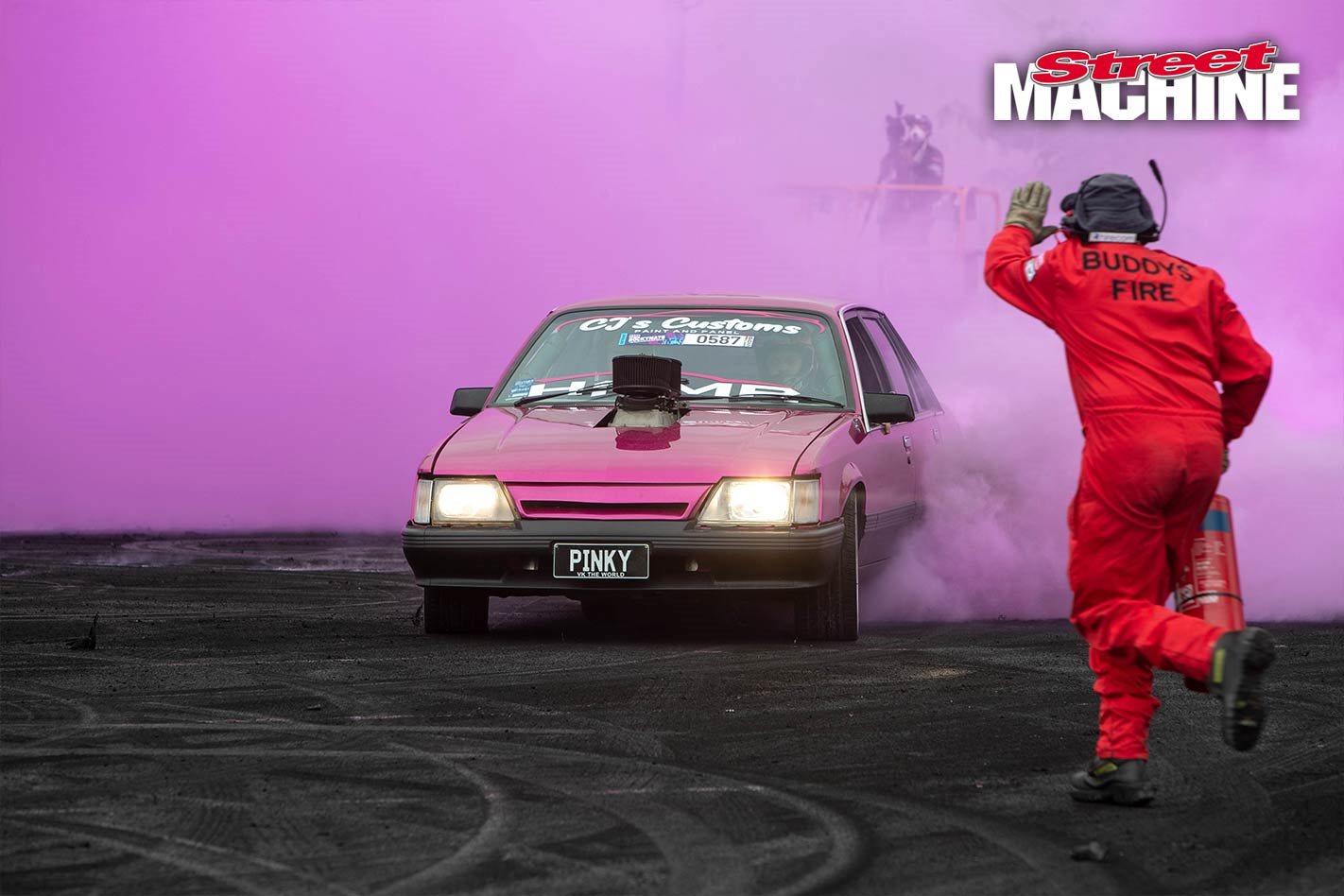 On a positive, the town saw its first ever legal street drags, the side-by-side racers launching in front of the town’s heritage-listed 19th century buildings. In all their decades, they’ll never have seen anything quite like this.

Watch next: Rockynats day one video

Crowds were out in force to enjoy the racing, many safely behind catch fencing but the lucky few up high in the old buildings had the best vantage point. No burnouts, wheel stands or skids to enjoy, but how often do you get to watch your town’s streets taken over for drag action? 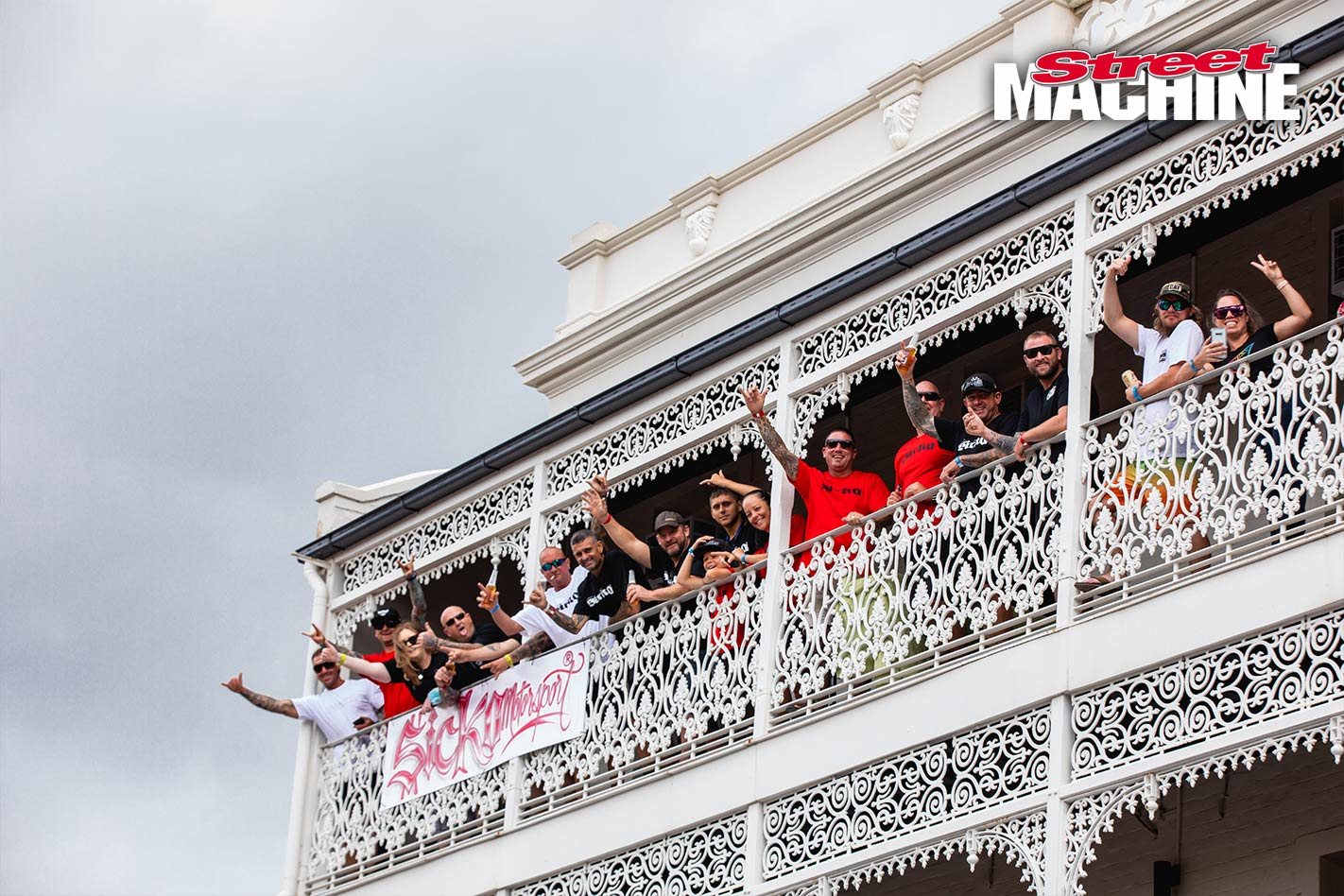 Cold tyres and racing in close proximity led to a few sketchy moments as some cars got perilously close to each other. A sideways VL managed to clean up the timing gear at the end of the run to prove the point. 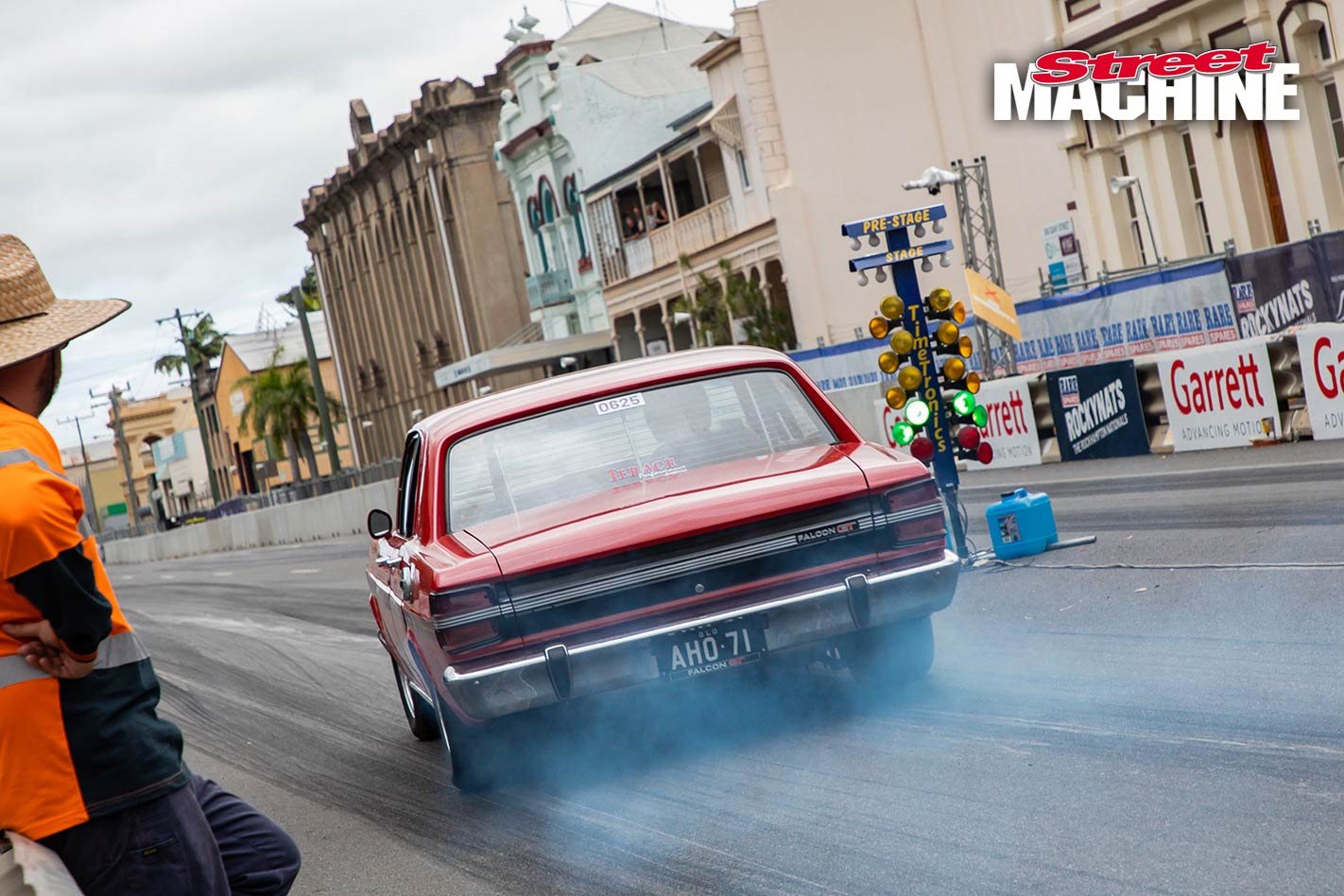 The CBD was a feast of action with the tree-lined Show and Shine precinct a popular place to wander. The show is repeated tomorrow, and we’ll report back and show you the winners when they’re announced at day’s end.

A short hop from the main strip you could check out dyno runs, drifting or the separate area for a bike Show and Shine, burnouts and Harley demo rides. 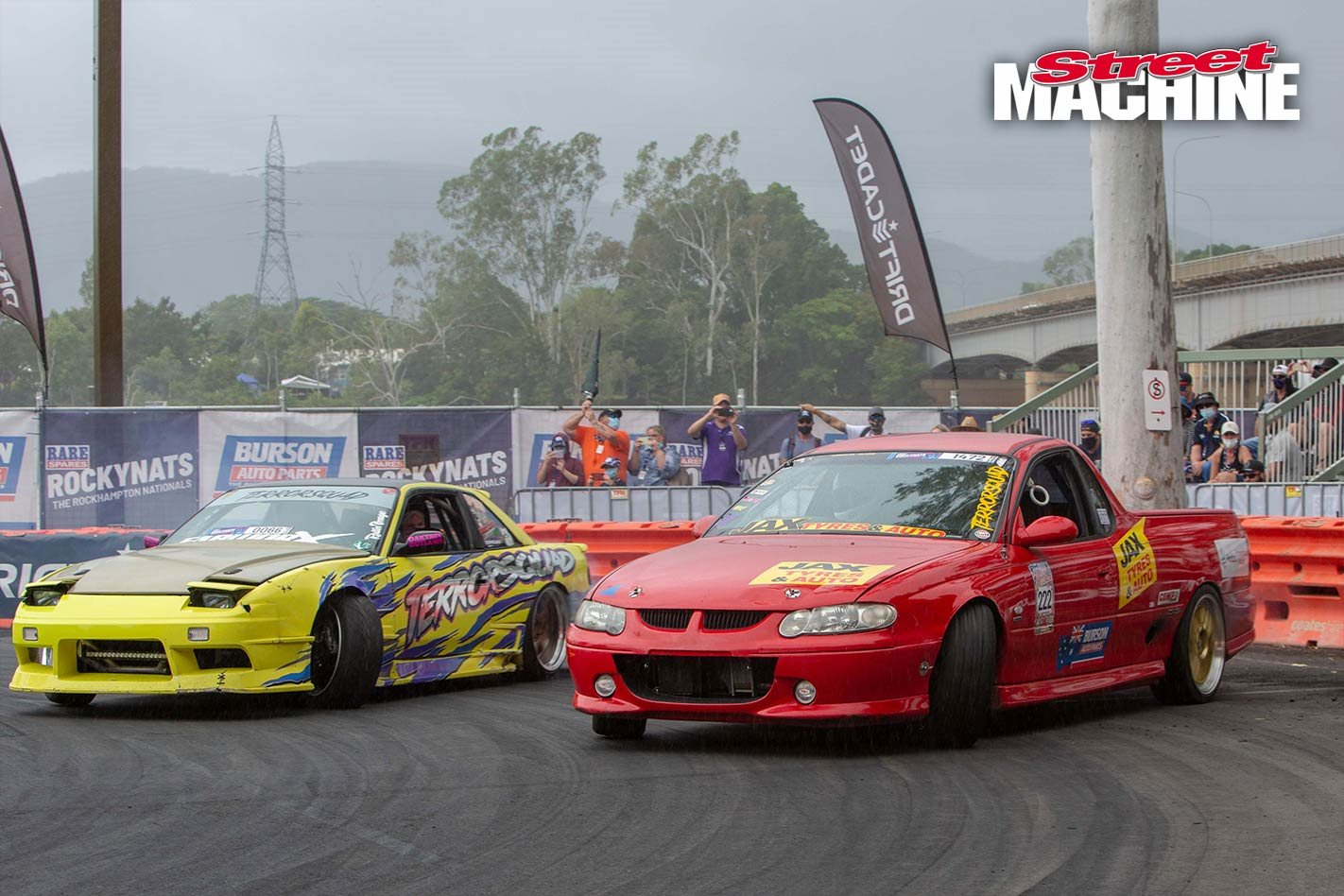 Despite the rain dramas, the main part of Rockhampton has been properly taken over by Rockynats, so big credit to organisers, Regional Council and the Mayor for making it happen. Best of all, the locals are out in force to support it and enjoy the feast of ‘Nats in their own backyard. Bring on Day Three! 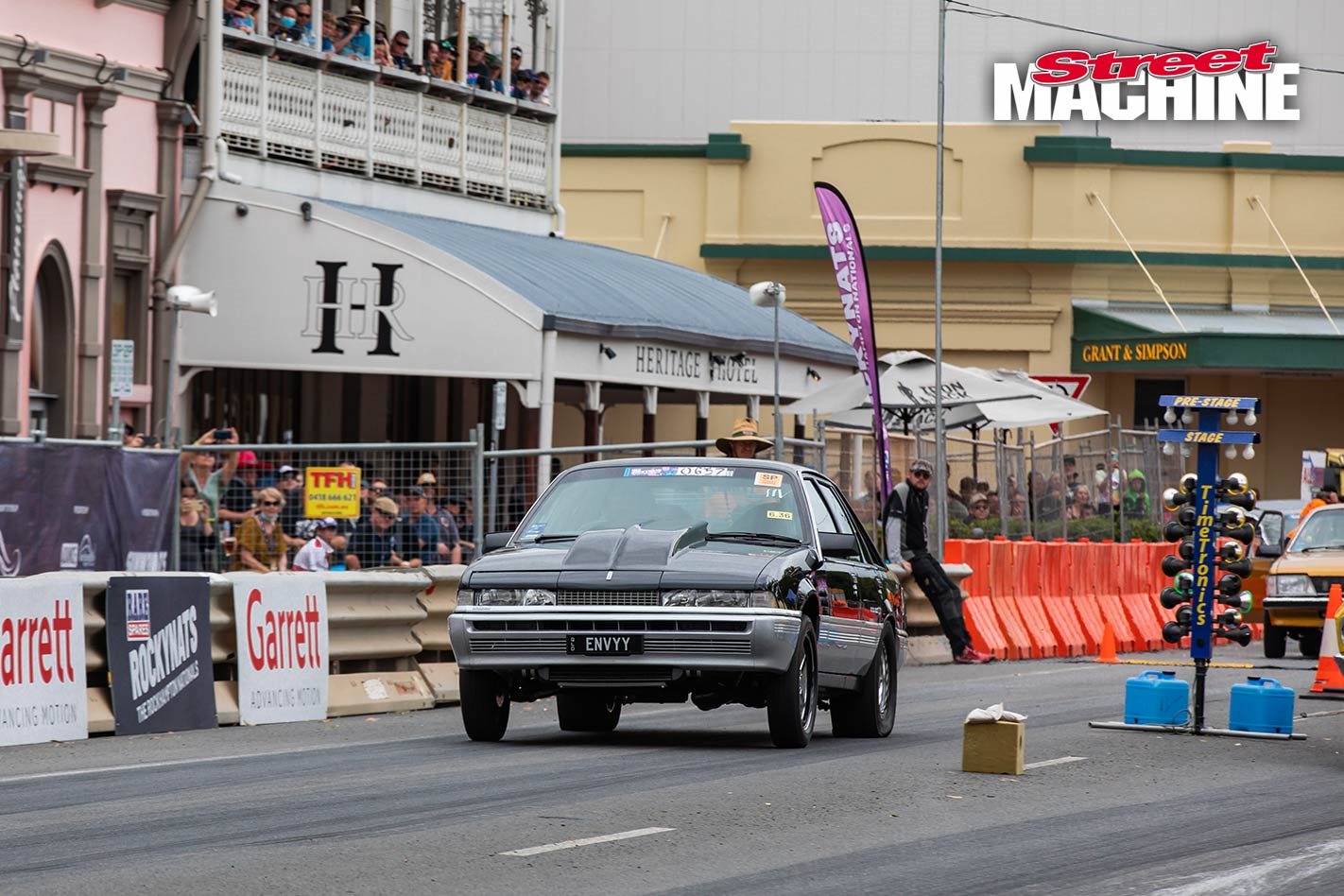