WE have a ton of cool interviews coming up soon from this year’s SEMA Show in Las Vegas, looking at some of the best builds and talking to their creators. But in the meantime, here is my non-binding list of my favourite 10 SEMA cars for 2018. With so many awesome rides on show, I reserve the right to change my mind! 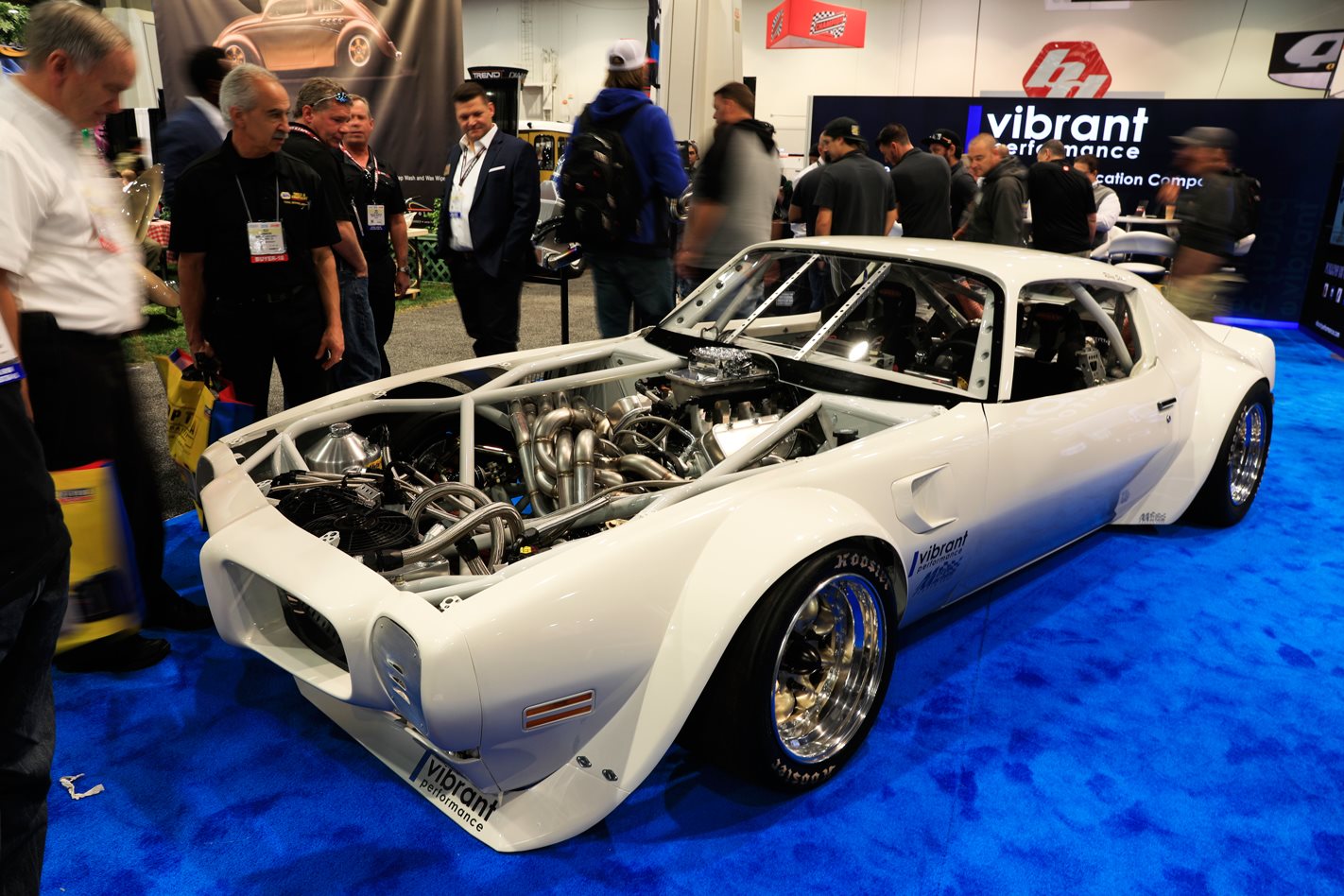 The unofficial ‘Wildest Exhaust System’ award went to Riley Stair’s ’70 Pontiac Firebird Trans Am. The crazy-beautiful tangle of headers is a wild eight-into-one system, with the puff created by a high-comp 400ci LS Next motor that is said to be good for 10,000rpm. 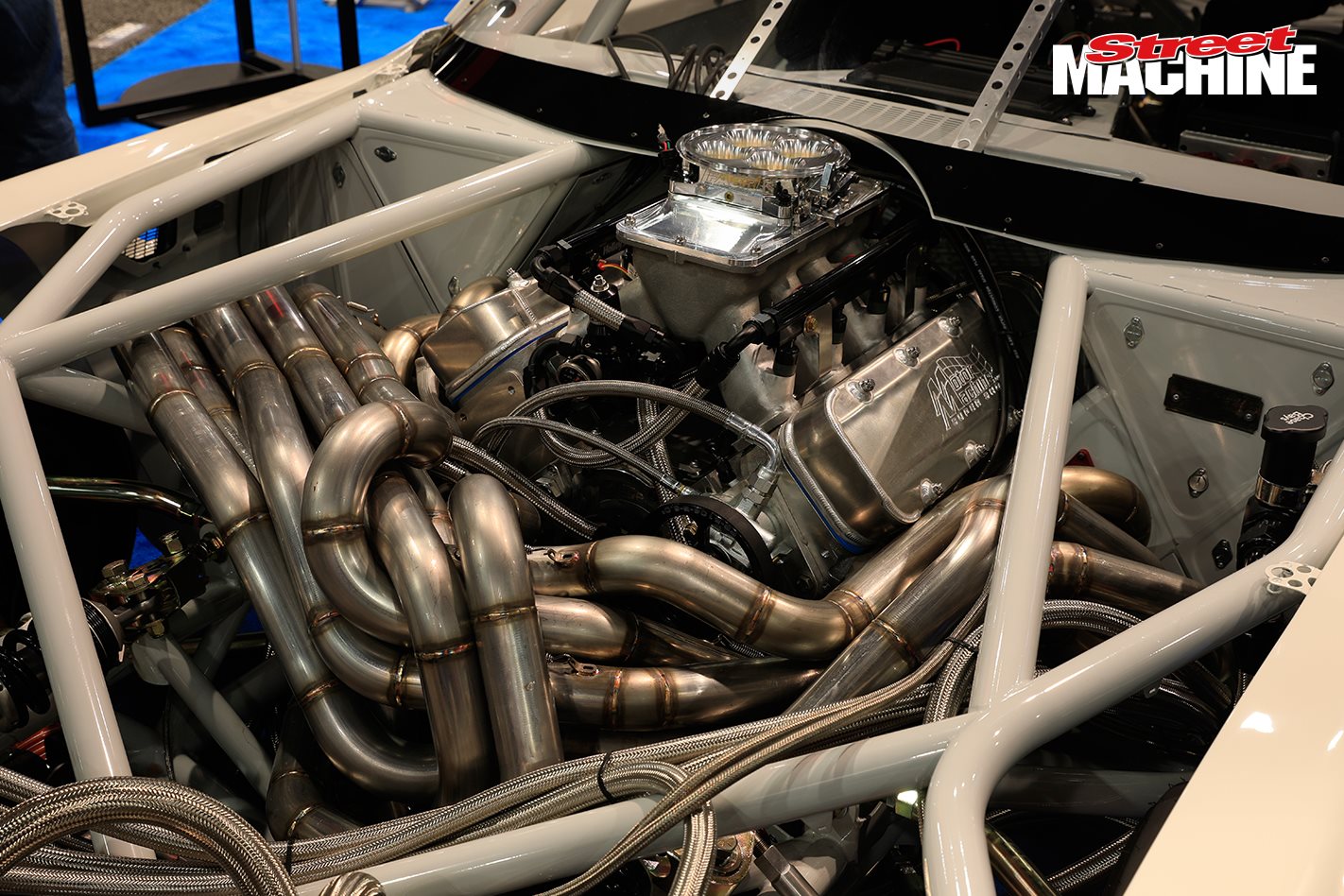 The w-i-d-e body is an all-steel creation by Riley, one that swallows 16x12in Panasport C8 three-piece rims all ’round. The whole thing sits on a tube chassis, with pushrod-based independent suspension at each end. The only thing Riley didn’t do on the car himself was the paint! 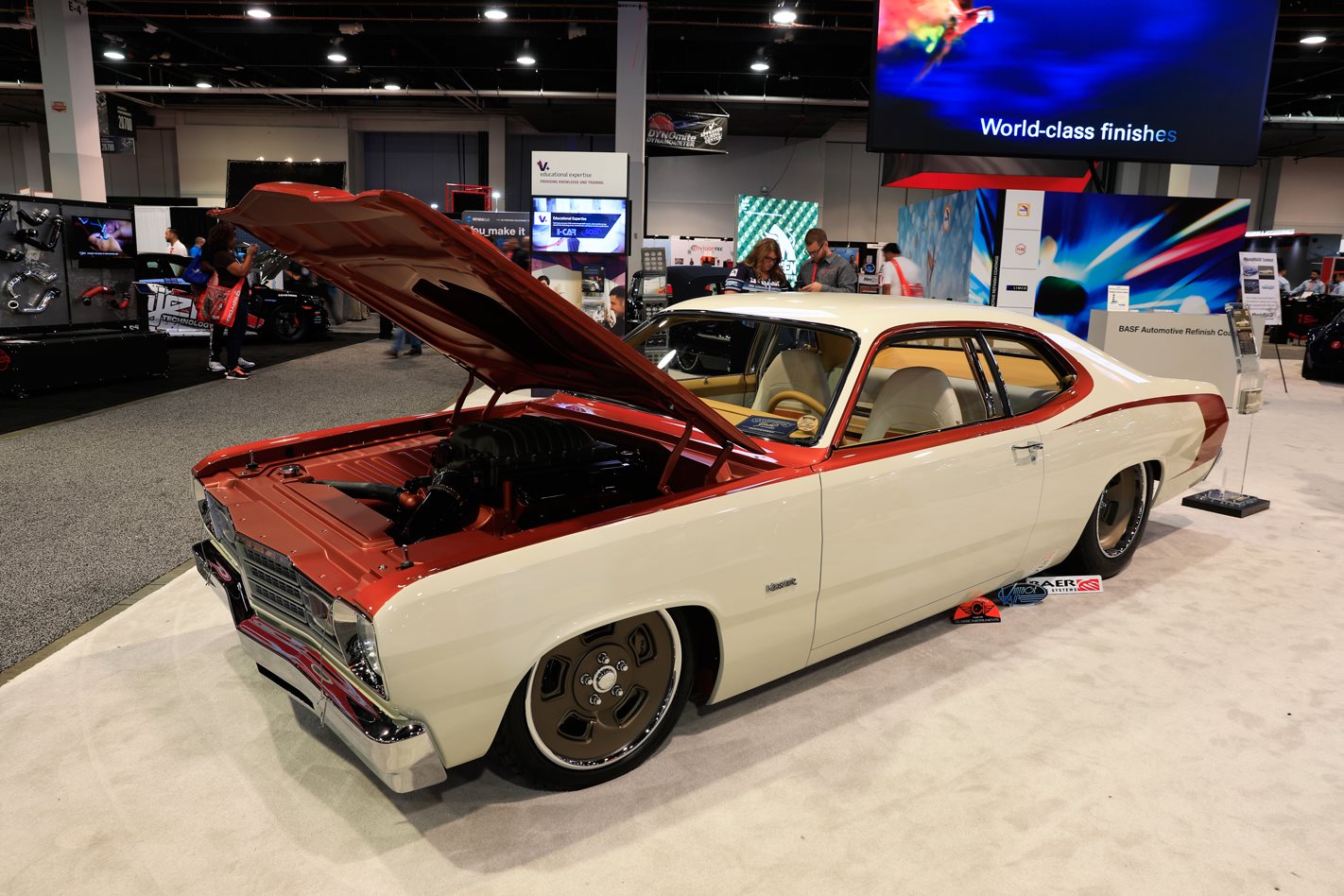 Beth Hazelwood bought her ’74 Duster brand-new from the dealer, complete with 340 power under the bonnet! She then drag-raced it for over a decade, running in the low 11-second zone. The Duster later survived a brush with Hurricane Katrina and suffered numerous other woes, until Beth entrusted her baby to Goolsby Customs for a massive rebuild. Video here! 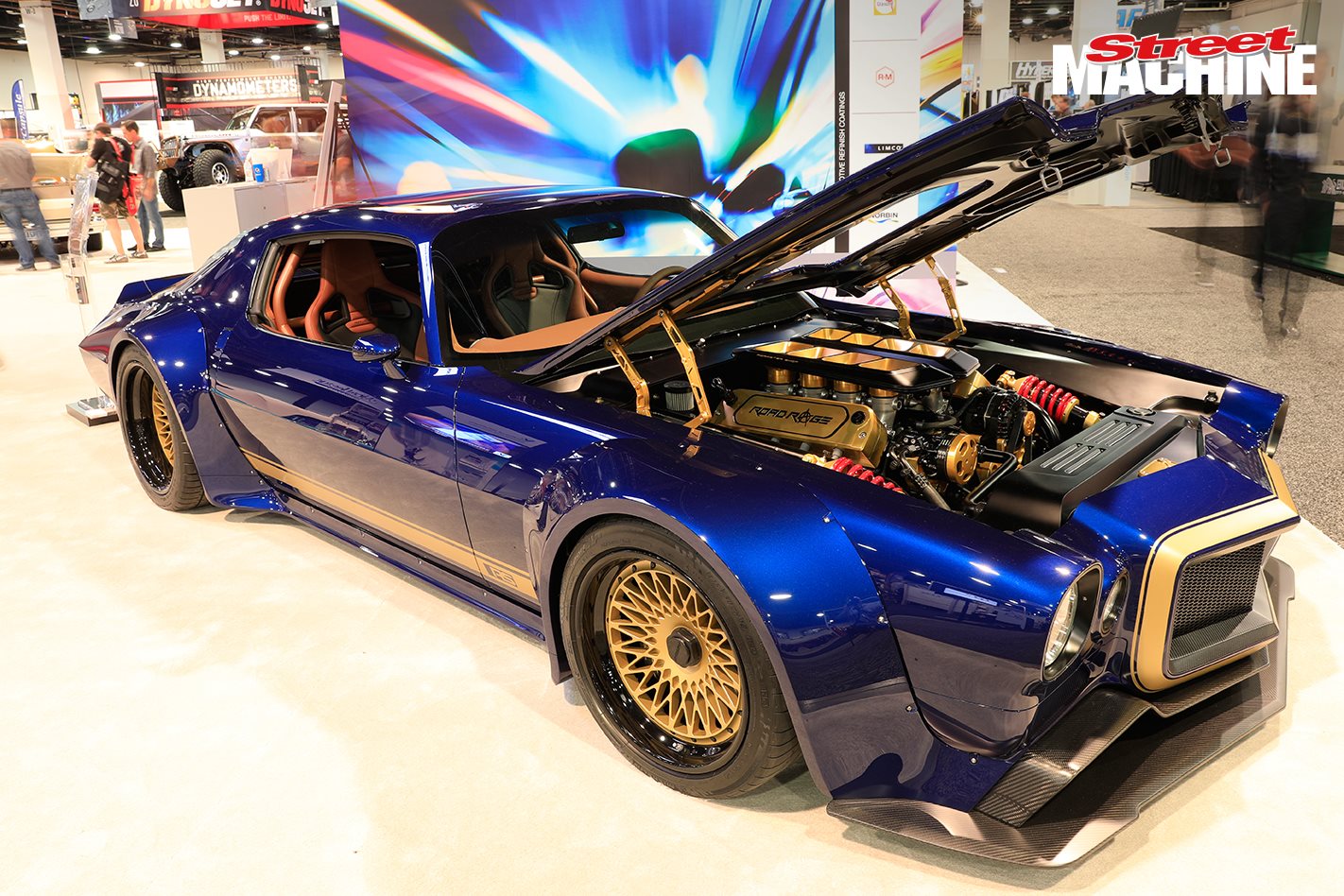 Road Rage is a wild second-generation Camaro built by Roadster Shop. Essentially a road-going version of the Rampage track car that RS debuted at SEMA back in 2014, Road Rage has everything that made Rampage cool, but with a full interior, air con and other niceties needed for street driving. For starters, there are the crazy body mods, including massively flared guards to cover the huge centre-lock Forgeline rims. 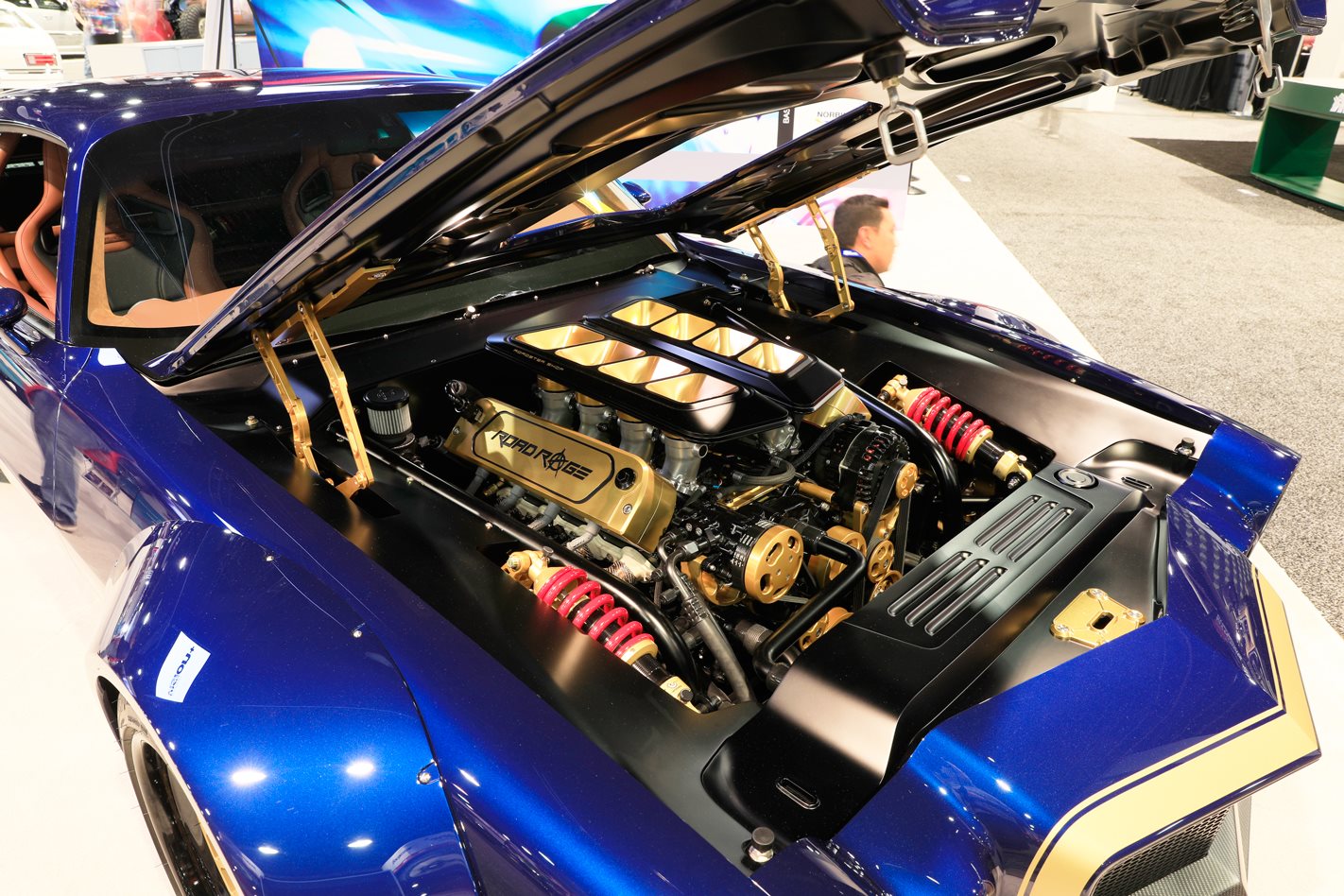 Underneath is a Roadster Shop chassis, with pushrod-based IFS up front and cantilever IRS at the rear. Power is provided by a 750hp 454ci LSX, topped by a pair of Kinsler individual throttlebodies. Detailed in black, gold and raw finish, the Camaro’s motor was one of the better-looking engines at SEMA. 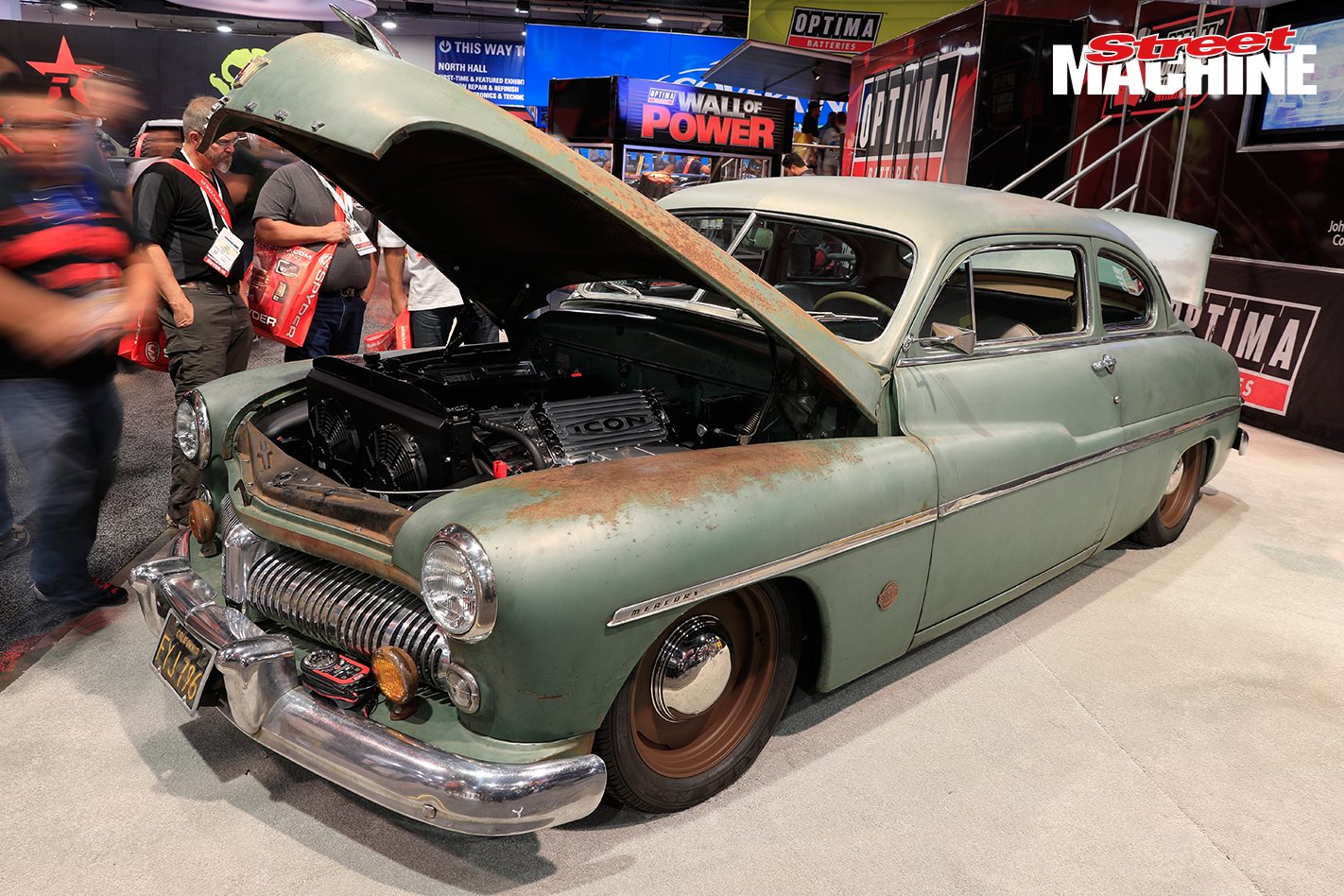 Jonathan Ward’s ICON company builds crazy-good and highly improved versions of classic cars and 4x4s. This ’49 Mercury is a customer car and is electric-powered thanks to an alliance with Stealth EV. We’ll have a full interview with Jonathan on the Mercury soon. He’s got some interesting things to say about the future of this kind of EV build. 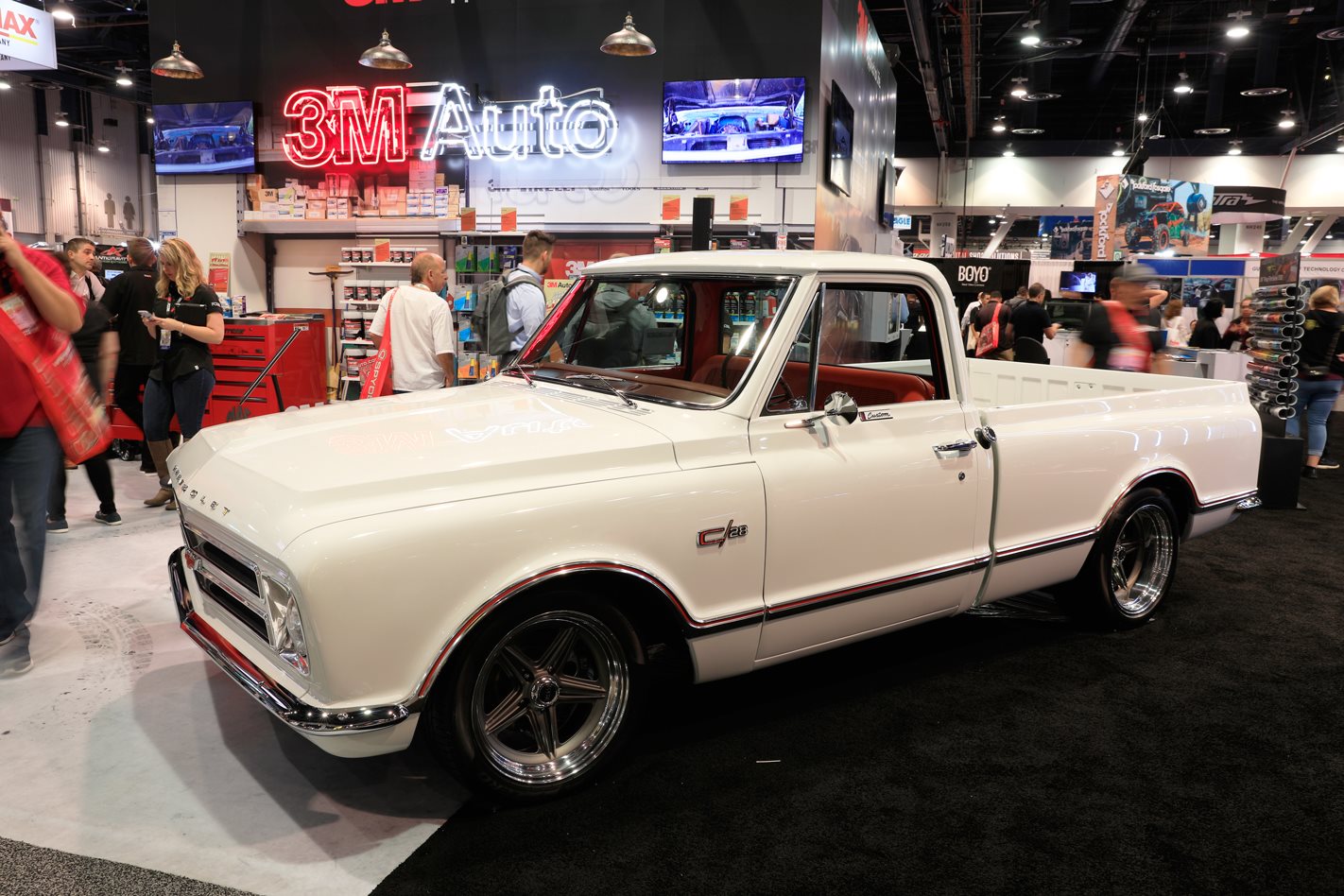 The C/28 pick-up is the latest personal project for Chip Foose. Chip found a Z-28 Camaro motor and began wondering what a ’67 C10 with Z-28 performance would have looked like from the factory. You can check out the build at Chip’s YouTube page here. 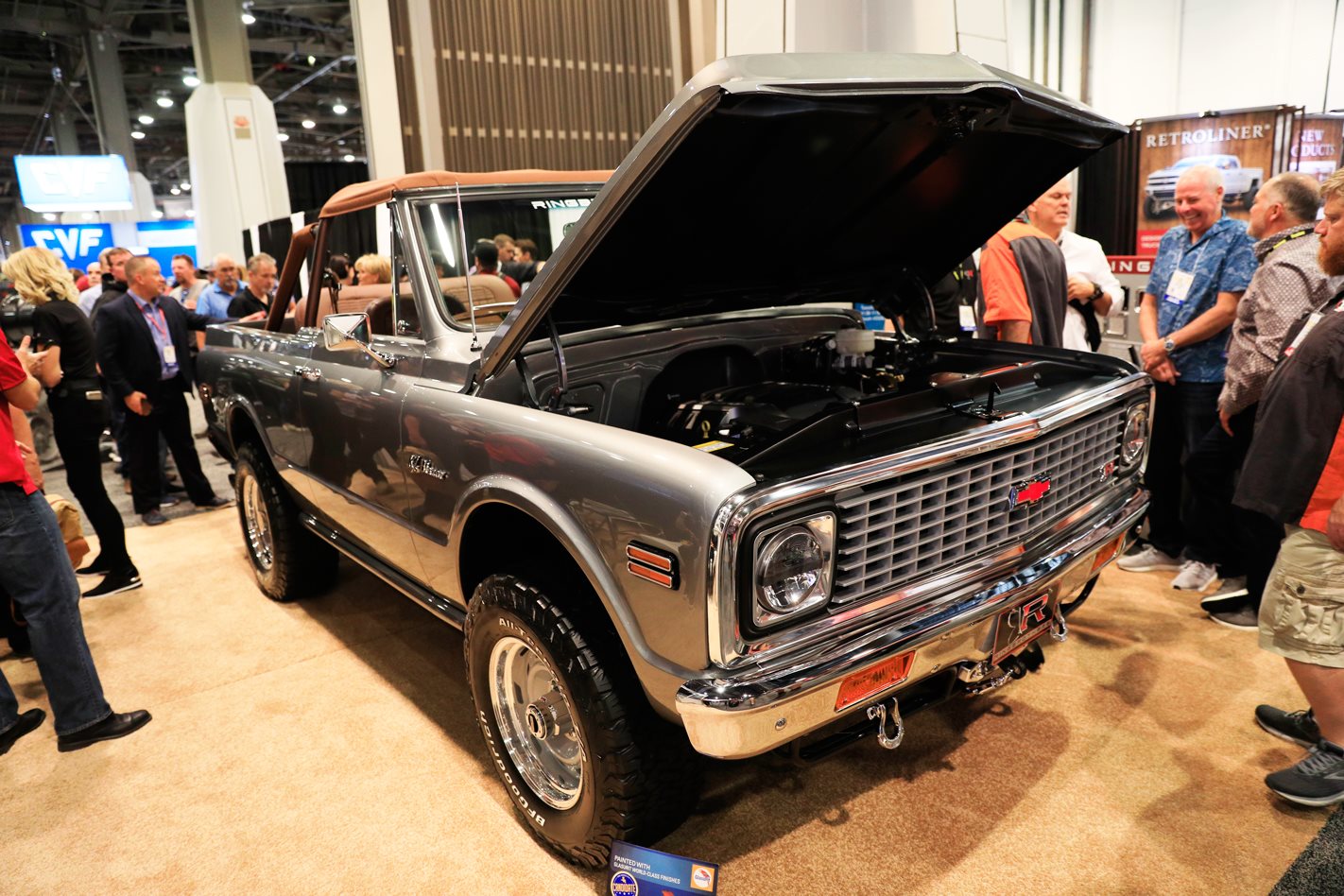 The Ringbrothers also turned their hand to a small truck this year, namely a 1971 Chevy K5 Blazer. And like Chip’s C10, the Blazer is less extreme than your average Ringbrothers build, while remaining an instantly recognisable Ring creation. The suspension, for example, is essentially as it left the factory, only with a lift kit, thick sway-bars and new shocks. Under the bonnet is a mild LS3, backed by a four-speed auto. 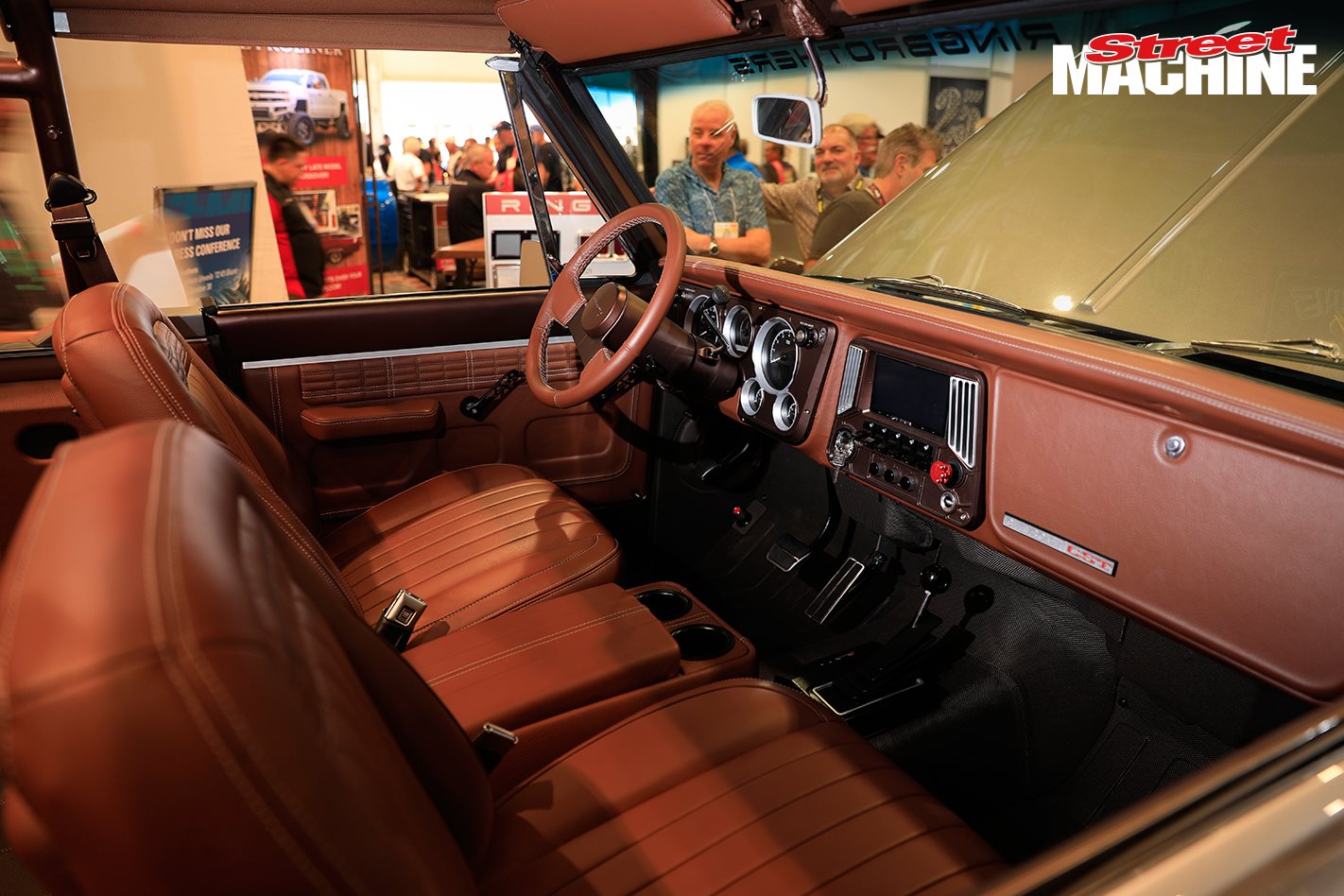 Where the build really steps away from stock is in the interior, with a stunning custom dash and killer leather trim. The body itself has been sharpened up and been shot in Mercedes-Benz Brazilian Smoke duco. 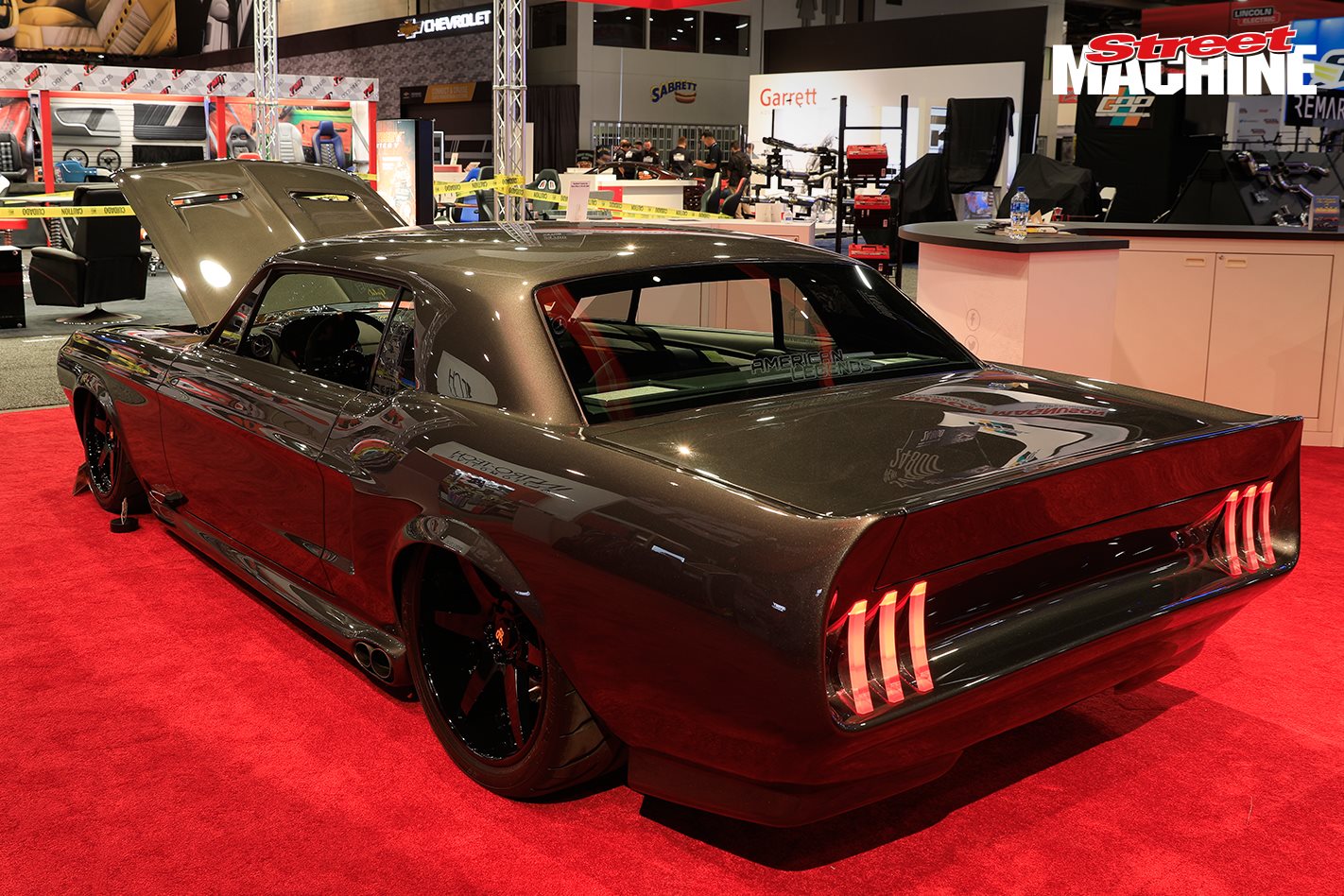 The Ferrari-powered Corruptt Mustang build has been teased on Instagram for about a year now. The engine is an F136 motor, with twin Nelson Racing T4 turbos, Ferrari California custom intake and twin 92mm throttlebodies. 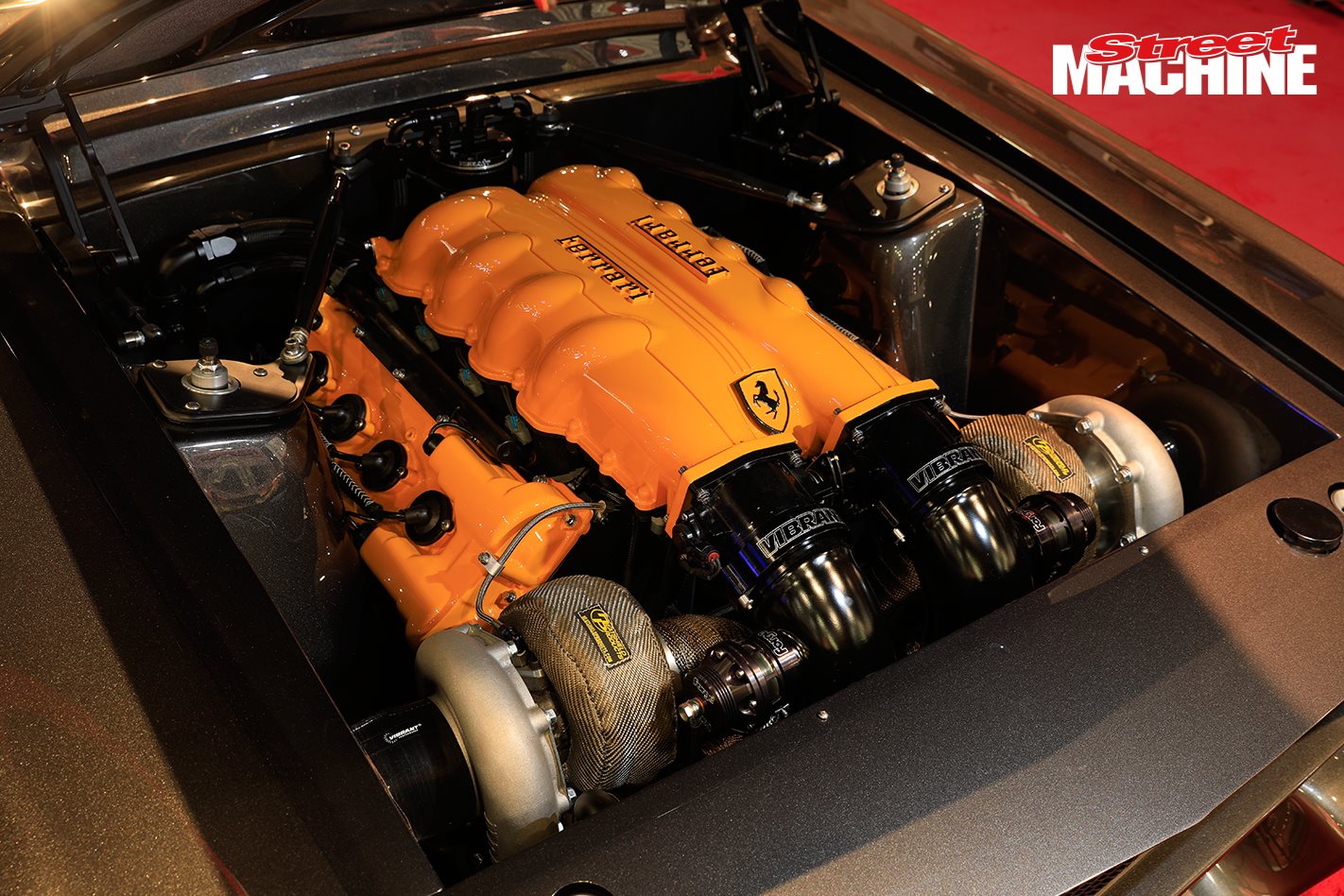 Power is put down through a T56 six-speed, with a sequential shifter, McLeod clutch and a nine-inch out back. The body is equally wild, with a 2.5-inch chopped top, flush glass, steel rear spoiler and quarter panel extensions, along with a ton of other mods. 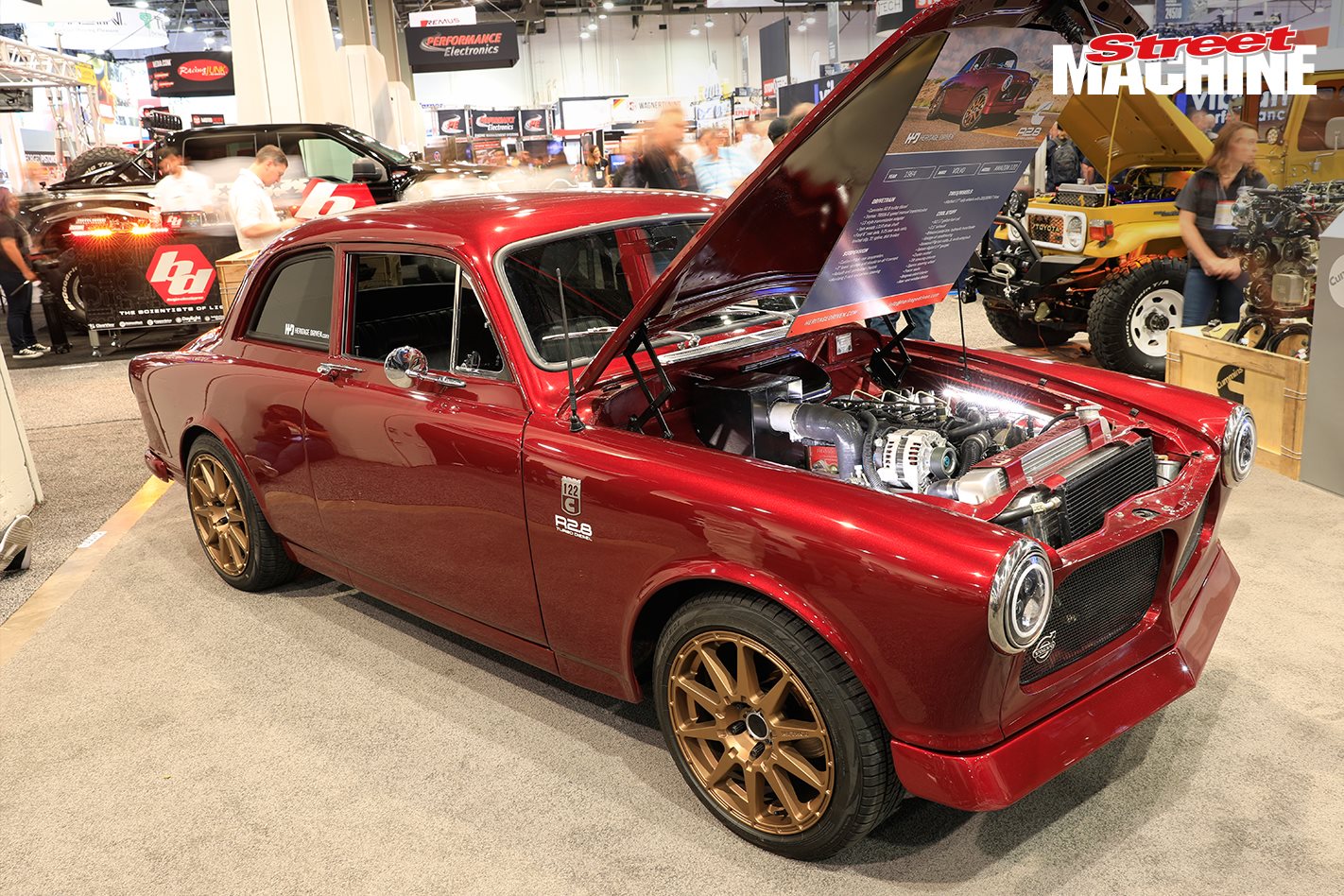 We loved this 1964 Volvo 122 Amazon, powered by a Cummins R2.8 diesel. The grunt runs through a Tremec TR6060 six-speed and into a 3.25:1 Ford nine-inch. The stock chassis has been braced, rack-and-pinion steering added up front and a four-link out back. The build was handled by Heritage Driven from Albuquerque, New Mexico. 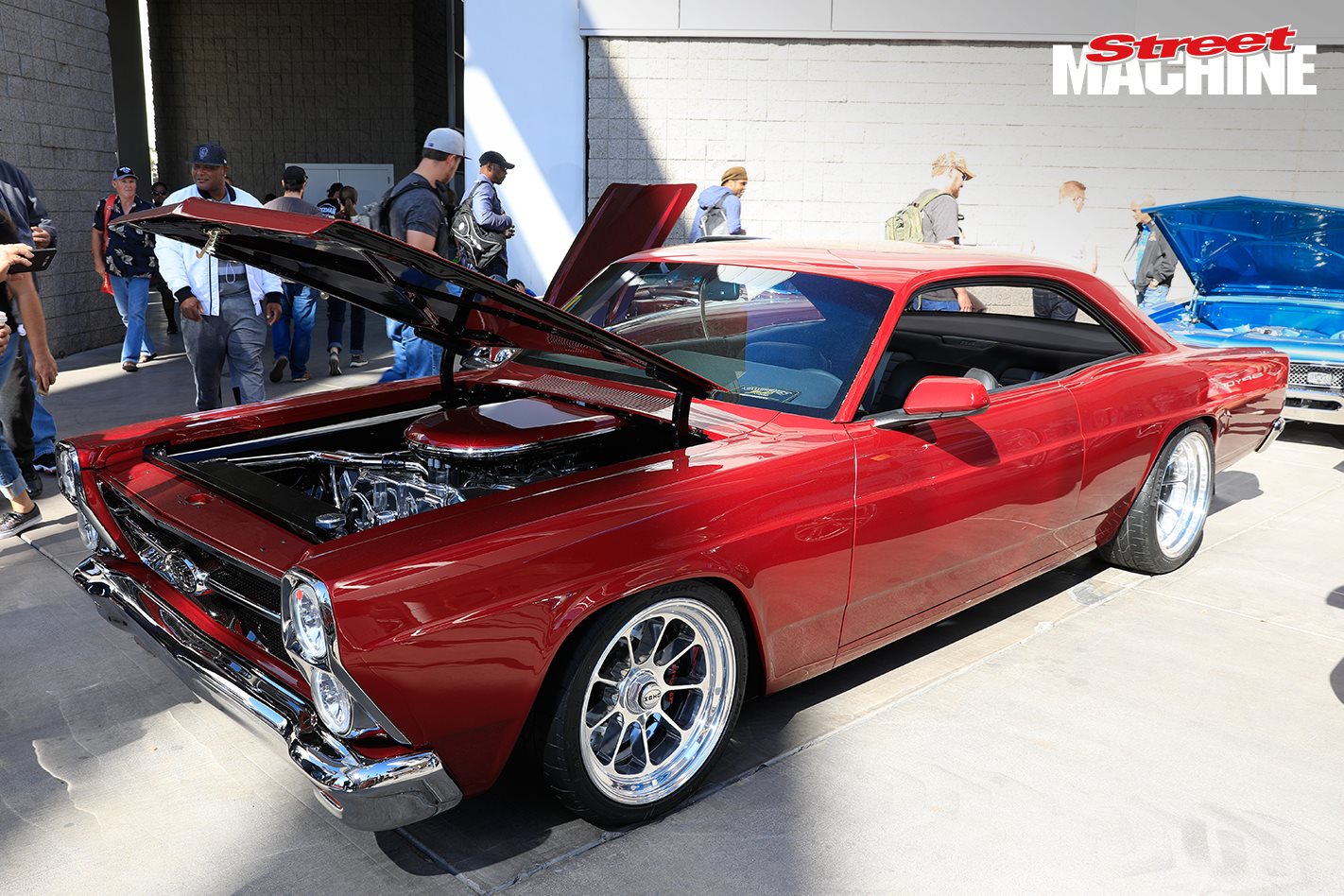 This stunning 1966 Fairlane was built by Anton’s Hot Rod Shop, and besides having a killer stance, it’s powered by an immaculate Ford Cammer motor! Despite looking like a showpiece, Anton says the owner is planning to spank the car hard. 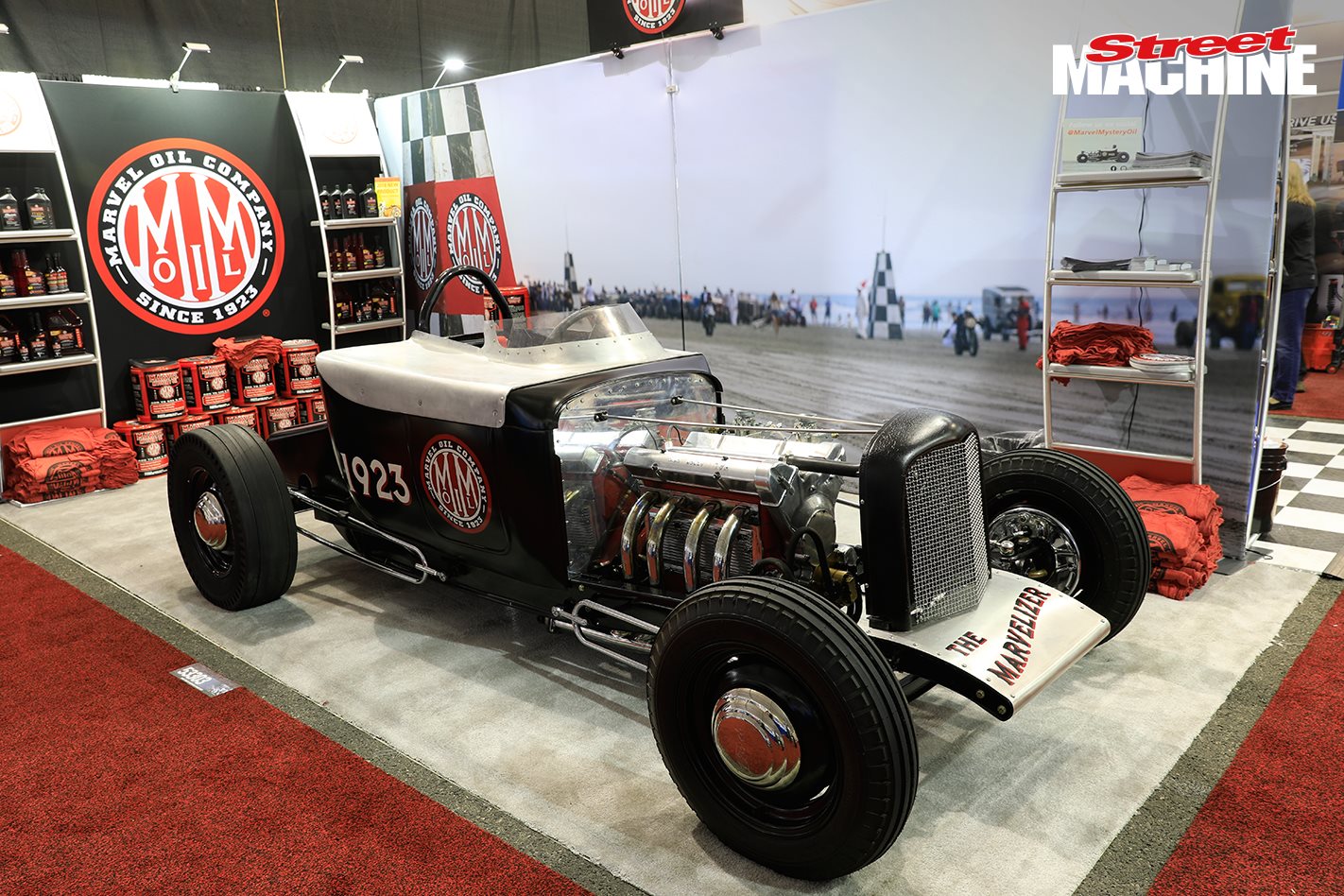 Max Herman is a devoted four-banger builder, and his latest creation is The Marvelizer. Built in conjunction with Marvel Mystery Oil, the ’23 Ford’s four-pot is topped by an uber-cool HAL twin-cam conversion.