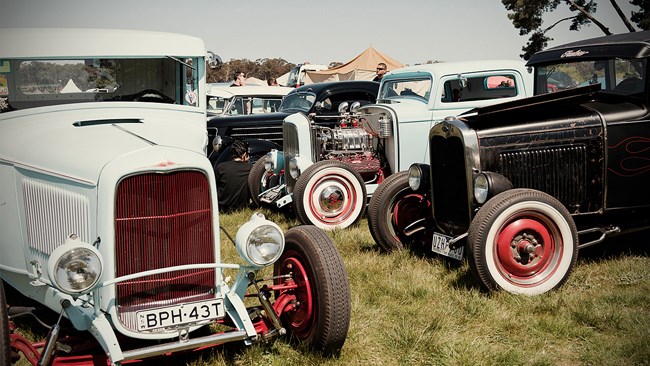 Newstead— a tiny town in central Victoria — is taken over each year by the Chopped Rod & Custom Show.

It’s a spin-off from Chopped, an ultra-niche rod mag founded by Ryan and Kyle Ford and their mate Paul Williams. All three are native to the area which, with neighbouring towns such as Castlemaine and Maldon, is one of the epicentres of Australian hot rodding.

Newstead had a one-lane dragstrip in the 60s and is as fitting a place as anywhere to hold an event dedicated to traditional rods, customs and bikes.

Now in its third year, the show outgrew the local footy ground and moved to the racecourse but the concept remains the same — a chilled-out show for pre-’65 traditional rods, customs and bikes.

Defining a trad car is tough but this show’s mantra is ‘no billet; no independent front suspension on fender-less cars; 60s and earlier mag wheels only’. I arrived in a Commodore and while they didn’t wrap it in hazard tape, I was asked politely to “park it as far over in that corner as you can”.

The rules can create controversy but Ryan, Kyle and Willo are carving their own vision of hot rod nirvana, a blast from the past for what they believe is the stripped-down essence of where hot-rodding came from.

There’s no bitumen or concrete once you get through the gate and for this, that seems just right. There aren’t any trophies. There’s no show ’n’ shine, no mirrors under cars, no dioramas.

The event shies away from any list of events other than the bands, creating a glorious anarchy that salutes the renegade heritage of hot rodding before anyone worried about fit and finish.

Enjoy the photos and for the full story, check out the December issue of Street Machine. 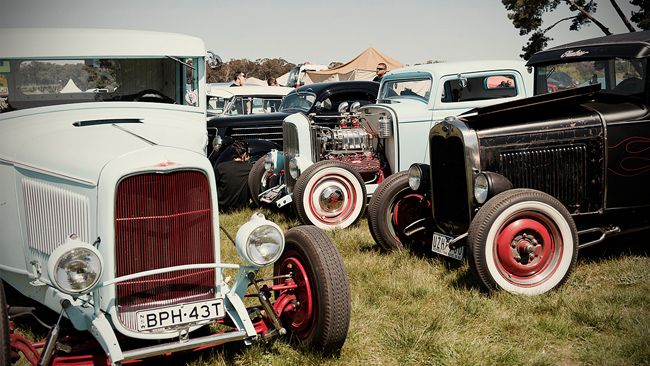 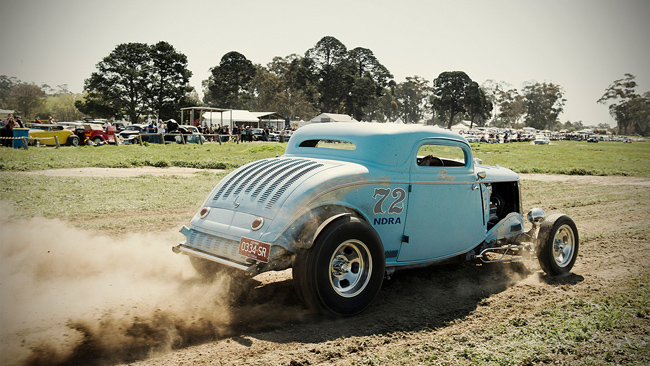 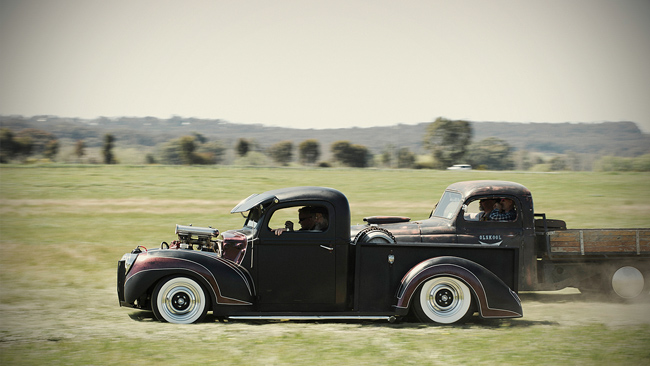