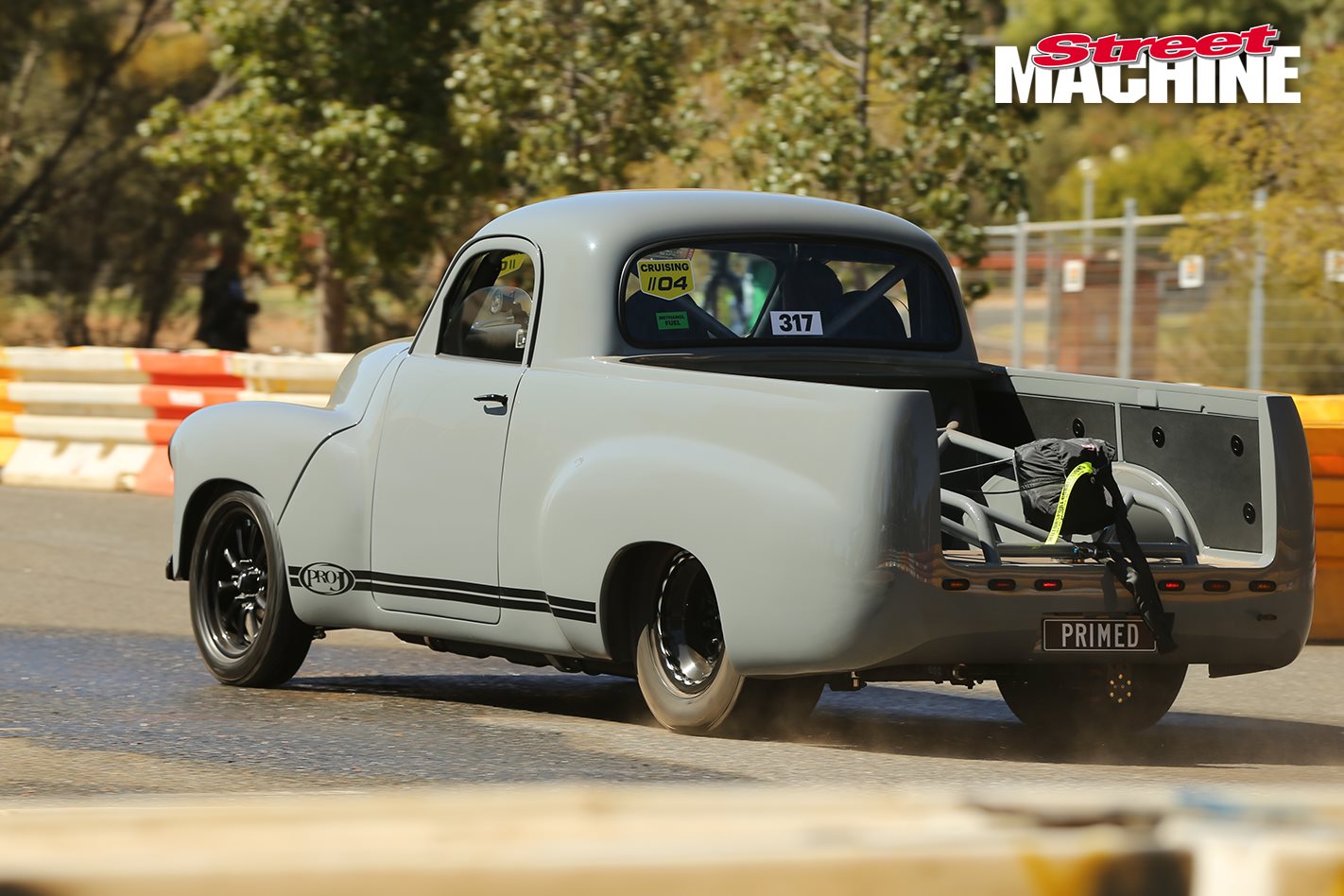 Similar to the Grand Champion competition at Street Machine Summernats, the Red CentreNATS Grand Champ is awarded to the entrant who scores most-highly in both the show and go departments. 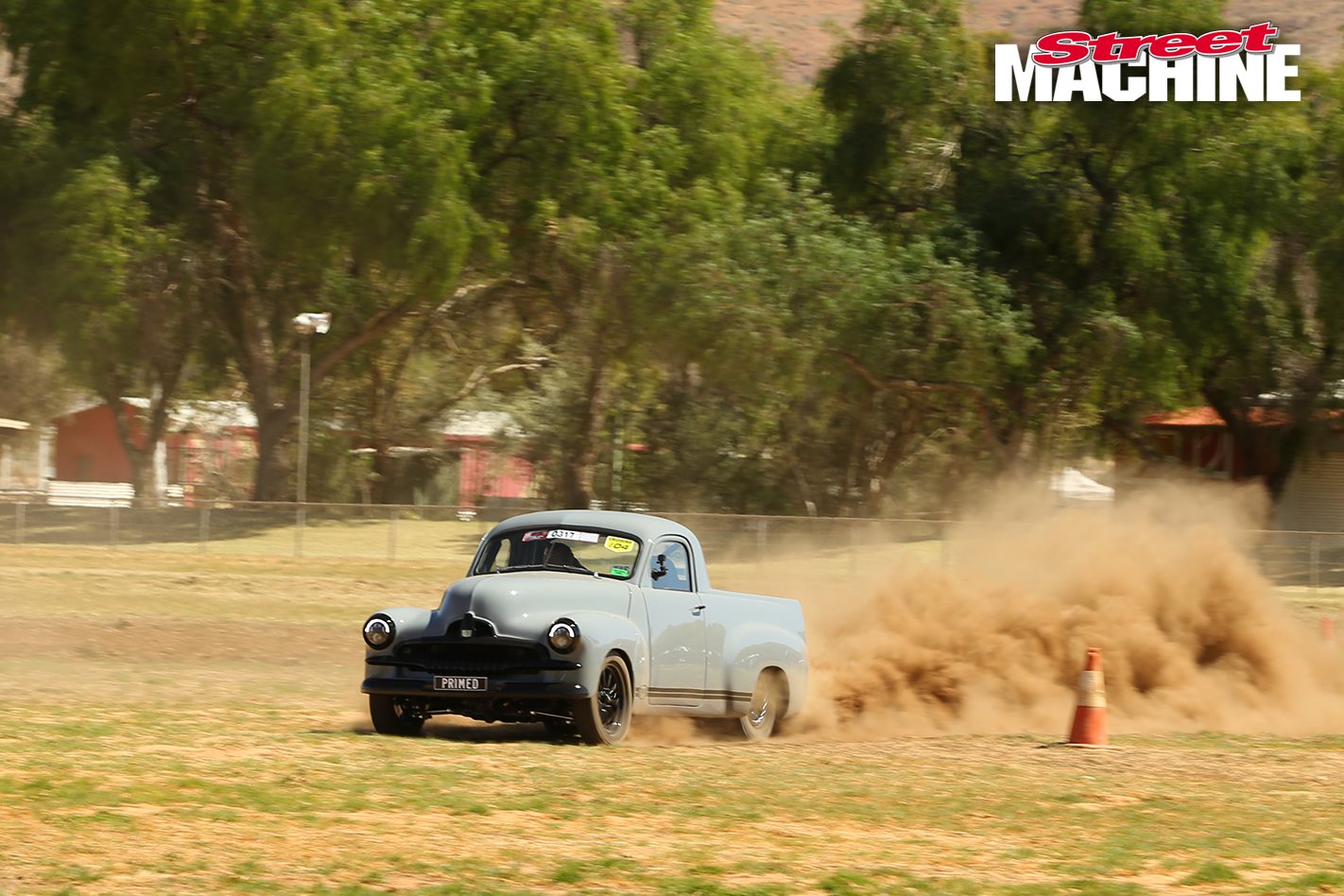 To win, Troy gave his newly-completed FJ ute an absolute hiding down the ASID quarter-mile, the motorkhana and the grass driving events. It was a pretty wild baptism after a three-year build! 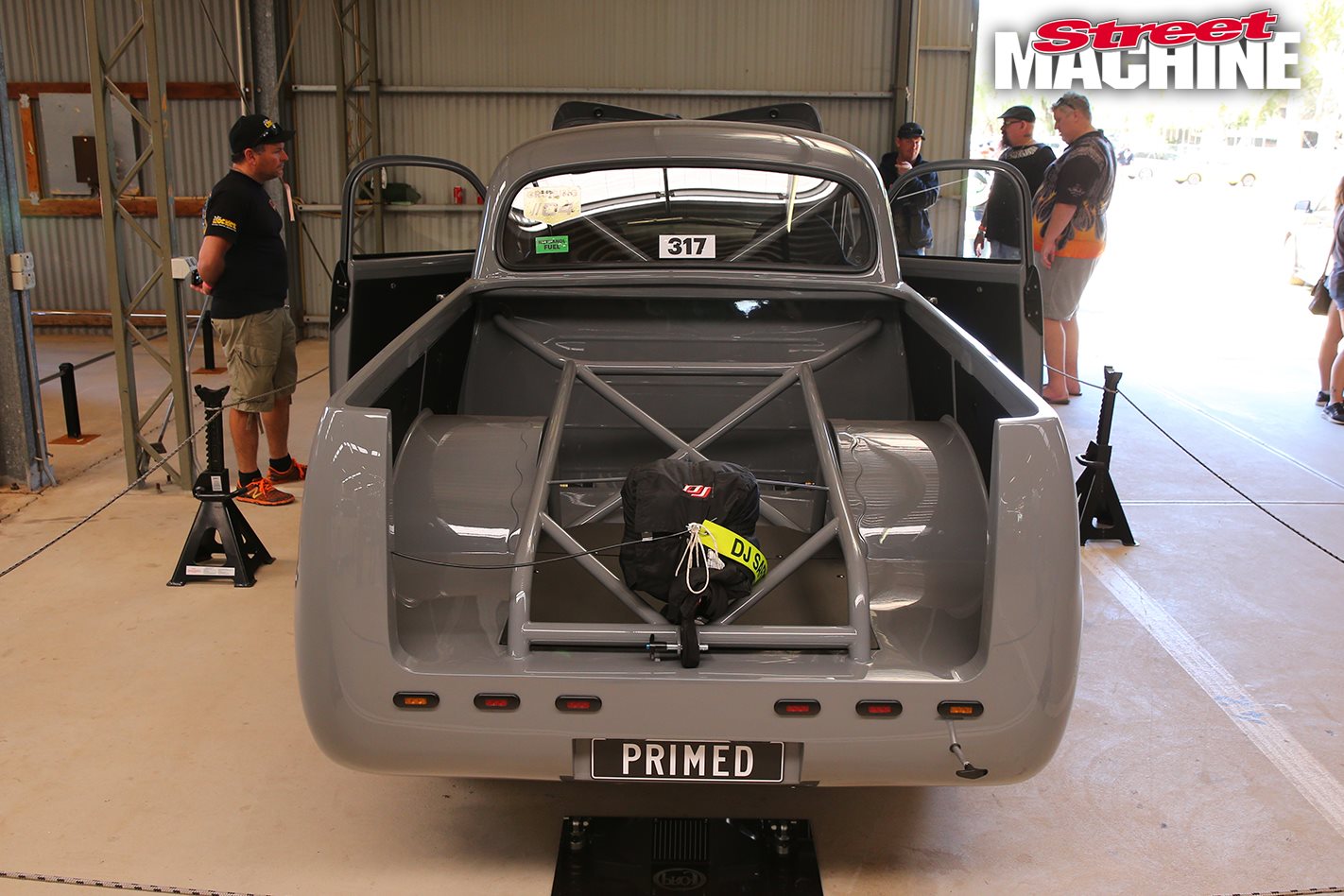 A look at the spec sheet confirms that there aren't many original Holden parts left in the old girl, starting with a 3/4 chassis and integrated 12-point roll cage. Under the bum is a four-link and up front is a Rod Tech IFS. The brakes Wilwood/AP mix, rims are RC Components Exile-Ss and the Mickey Thompsons measure up at 26x5in (front) and 28x12in (rear). 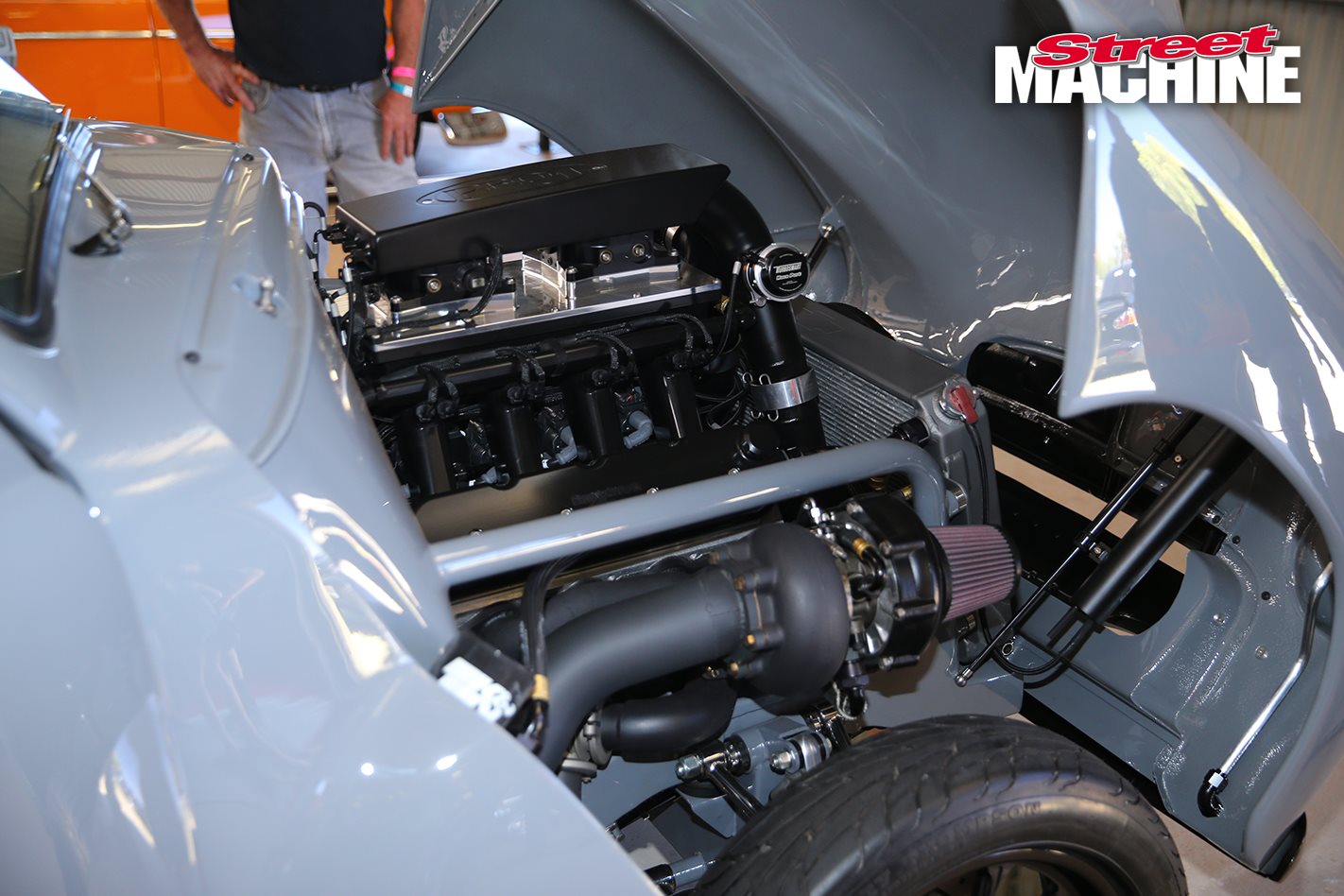 Power is provided by a 427-cubic inch LSX that features All Pro Hurricane heads, a pair of Garret T51-R turbos, twin 50mm Turbosmart wastegates, a Shaun's intake manifold and a Haltech Elite 2500 ECU. Behind that are a Powerglide and 9in - both full of all the best goodies. 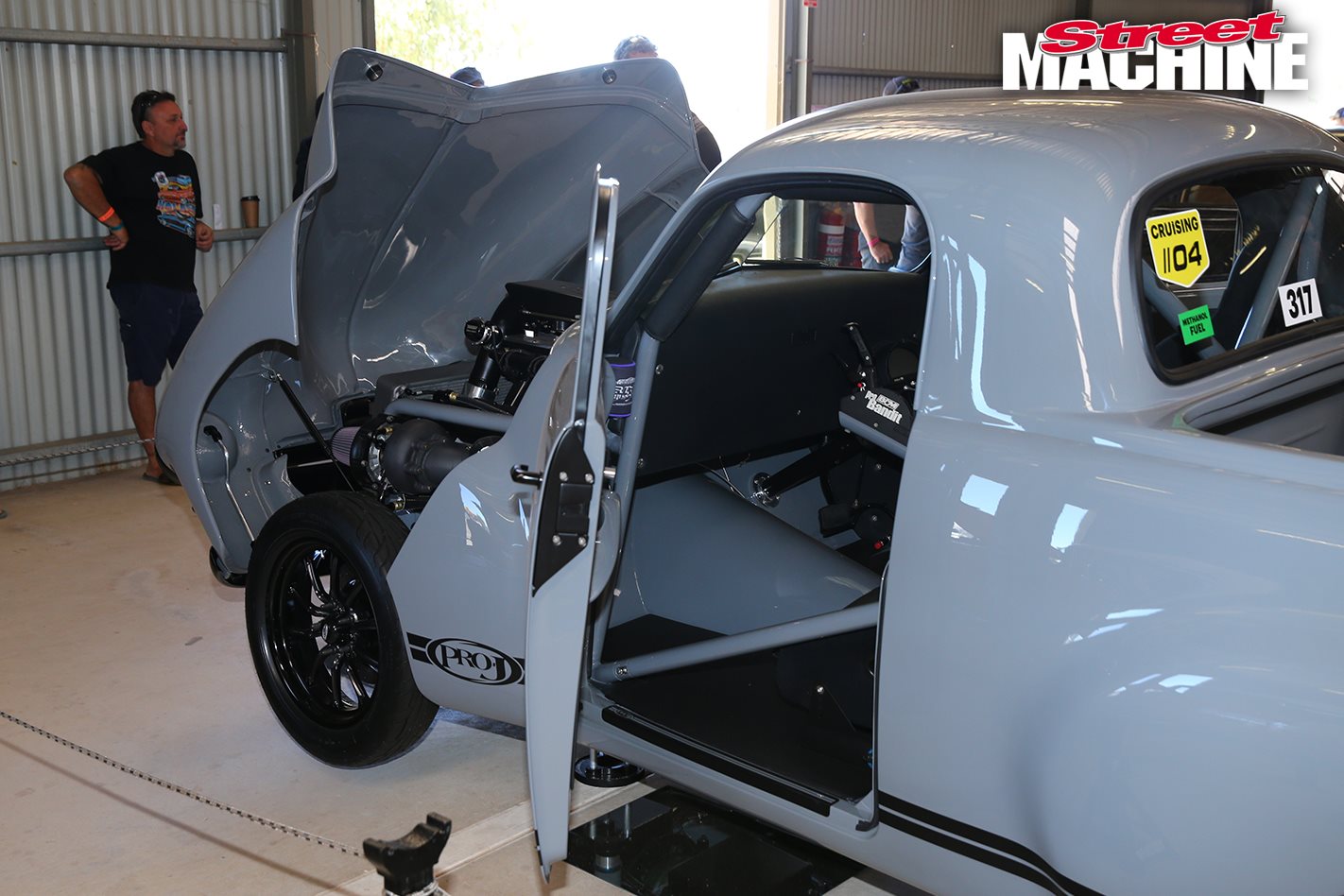 The duco is a custom Spies Hecker mix dubbed Fifty Shades of Grey and the interior (well, the bits that aren't painted) is trimmed in leather. 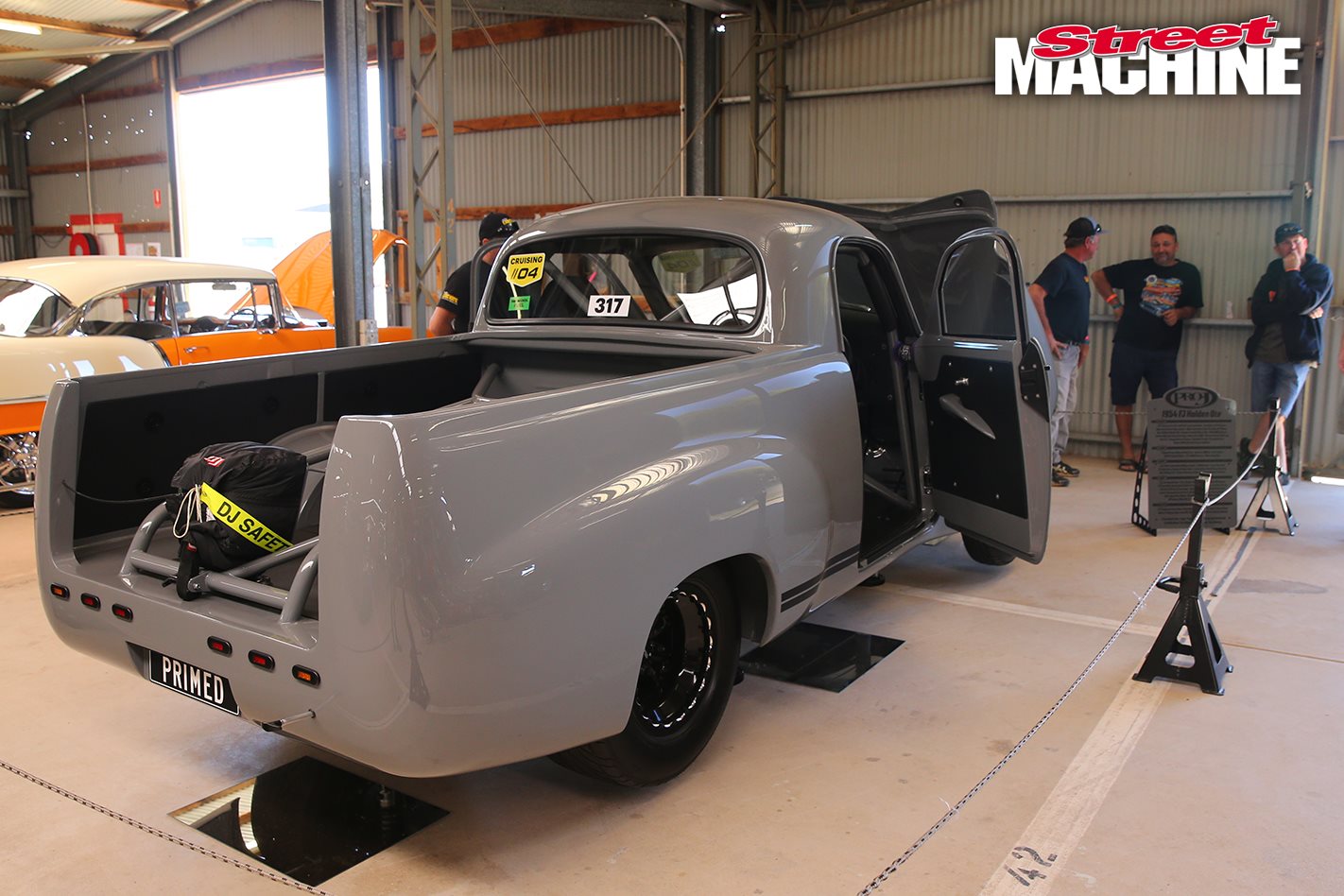 On top of all that, we also have a full-steel, one-piece flip front and an inbuilt, nitrogen-powered air jack system! Troy's FJ is the second humpy Holden to win the Grand Champion gong at Red CentreNATS, with John Curwen Walker's FX sealing the deal at the first Red CentreNATS in 2015. 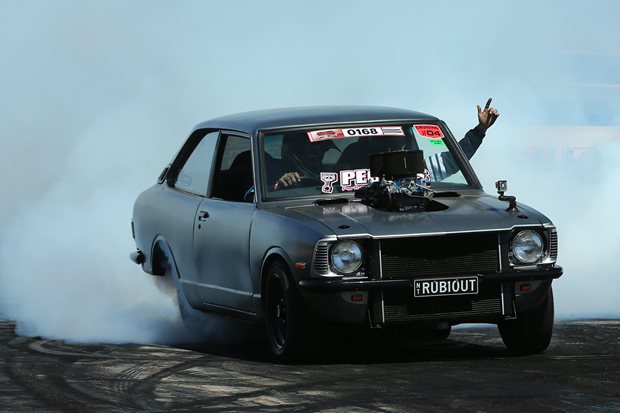 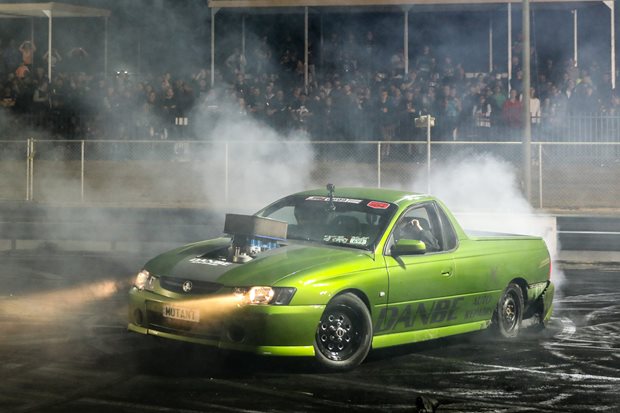 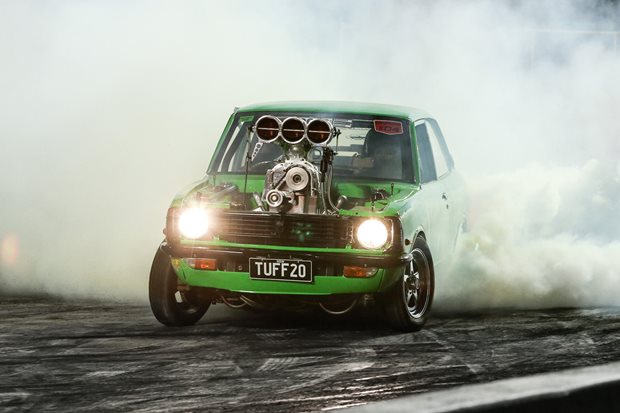