The benchmark for the highest recorded power output at Horsepower Heroes has stood at 2083rwhp for four years, after Jake Edwards pushed his infamous yellow LH Torana to that mark at Street Machine Summernats 29. The first person to break the 2000hp barrier, Jake’s Torana remains the most powerful car to run at Summernats on a roller dyno as the MPW Performance Dyno Cell has switched to Mainline hub dynos for Summernats 32. 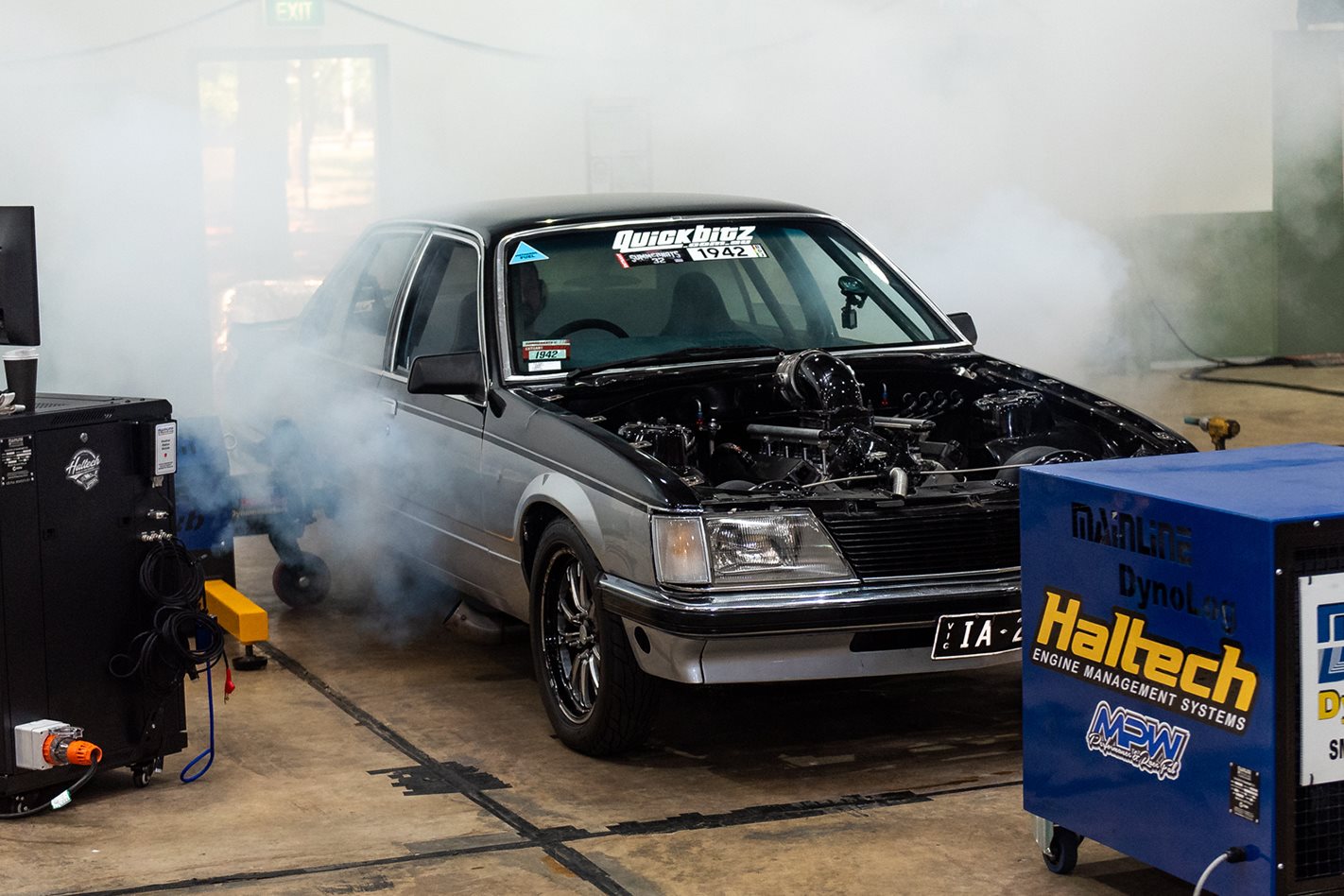 The change saw a bunch of big-bangers turn up to run their monsters, including Melbourne’s Bubba Medlyn in his epic VH Commodore. And the twin-turbo Holden-powered Drag Challenge-winner was ready to party. 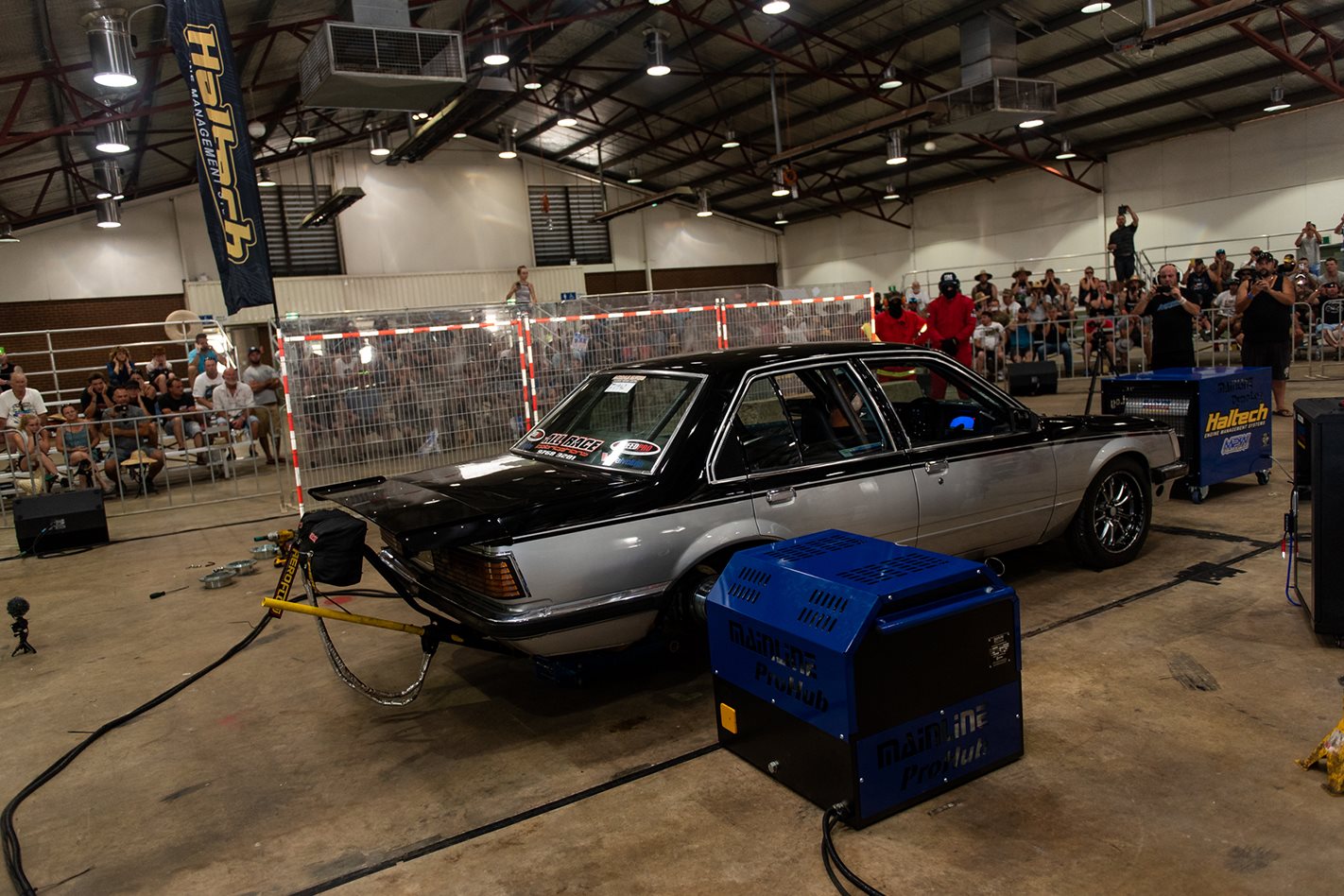 “We’re going to run somewhere between 35 and 60psi, but apart from that the set-up is all the same as it was at Drag Challenge,” says Bubba, who blew everyone away with a first run of 2261hp. He backed it up with a very soft 500hp run just to bank a second run and qualify for the finals of Haltech Horsepower Heroes on Sunday. 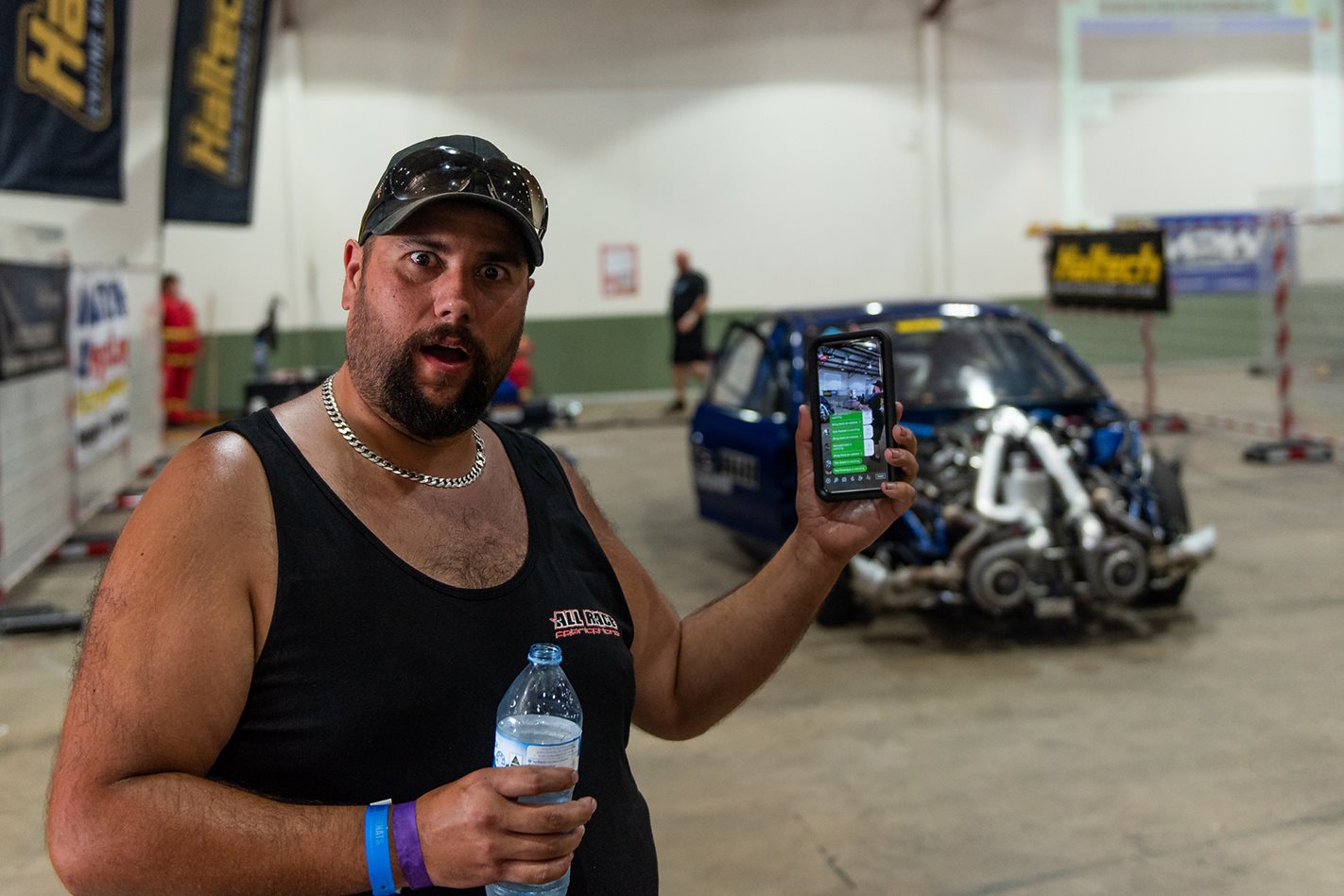 “That 2261hp run was only on 37psi, so we still have plenty of boost left in it and I’d like to run 60psi through it,” said Bubba afterwards. He then celebrated with a run down Skid Row. More tomorrow!