ONE of the special guests at this year’s Street Machine Summernats was Cleetus from 1320Video – an American YouTube all about cars and racing. Many will have seen YouTube videos of Cleetus’s twin-turbo LS-powered skeleton Corvette called Leeroy, otherwise chances are you’ve seen something he’s filmed for the main 1320Video channel. 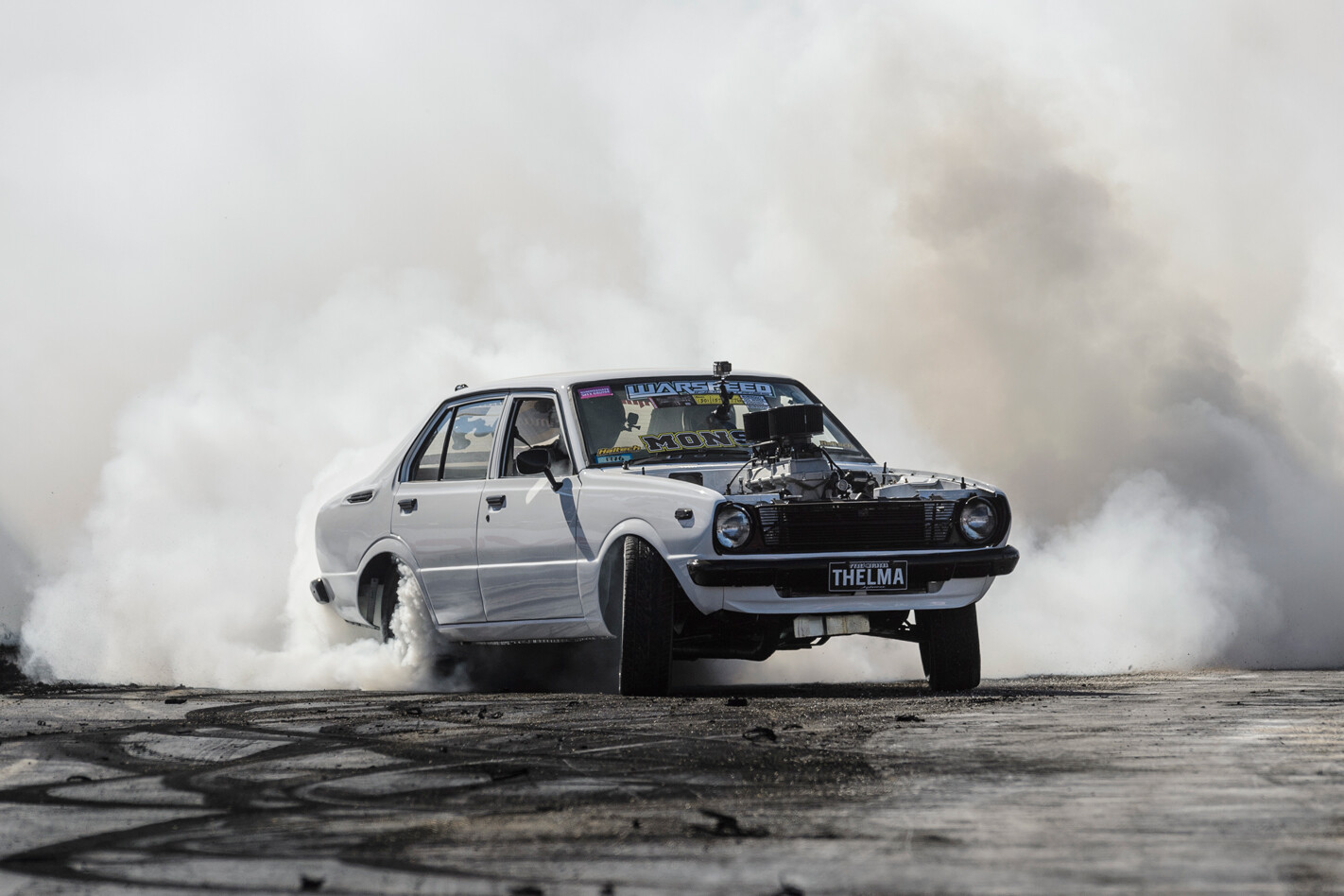 Last year at Summernats 30, Cleetus skidded an LS-powered Nissan Silvia in the burnout championship and has since been planning his return to the burnout pad. Last minute, Nathan Patterson offered up his LS-powered Corolla for Cleetus, which sparked an eight-week long build from bare shell to a Summernats Top 60 car. Rolling on big-inch Simmons, with stunning paint and panel and a custom interior, the build quality was incredible but it was always built to bake tyres.

Because the car was finished just days before Summernats, it had never turned a tyre in anger and Cleetus would be the first person ever to drive the wheels off it! After Nathan drove it in the city cruise, he handed the keys over to Cleetus for the Last Chance Wildcard Shootout. Both Nathan and Cleetus were pretty nervous and just hoped for a clean run without touching any walls. 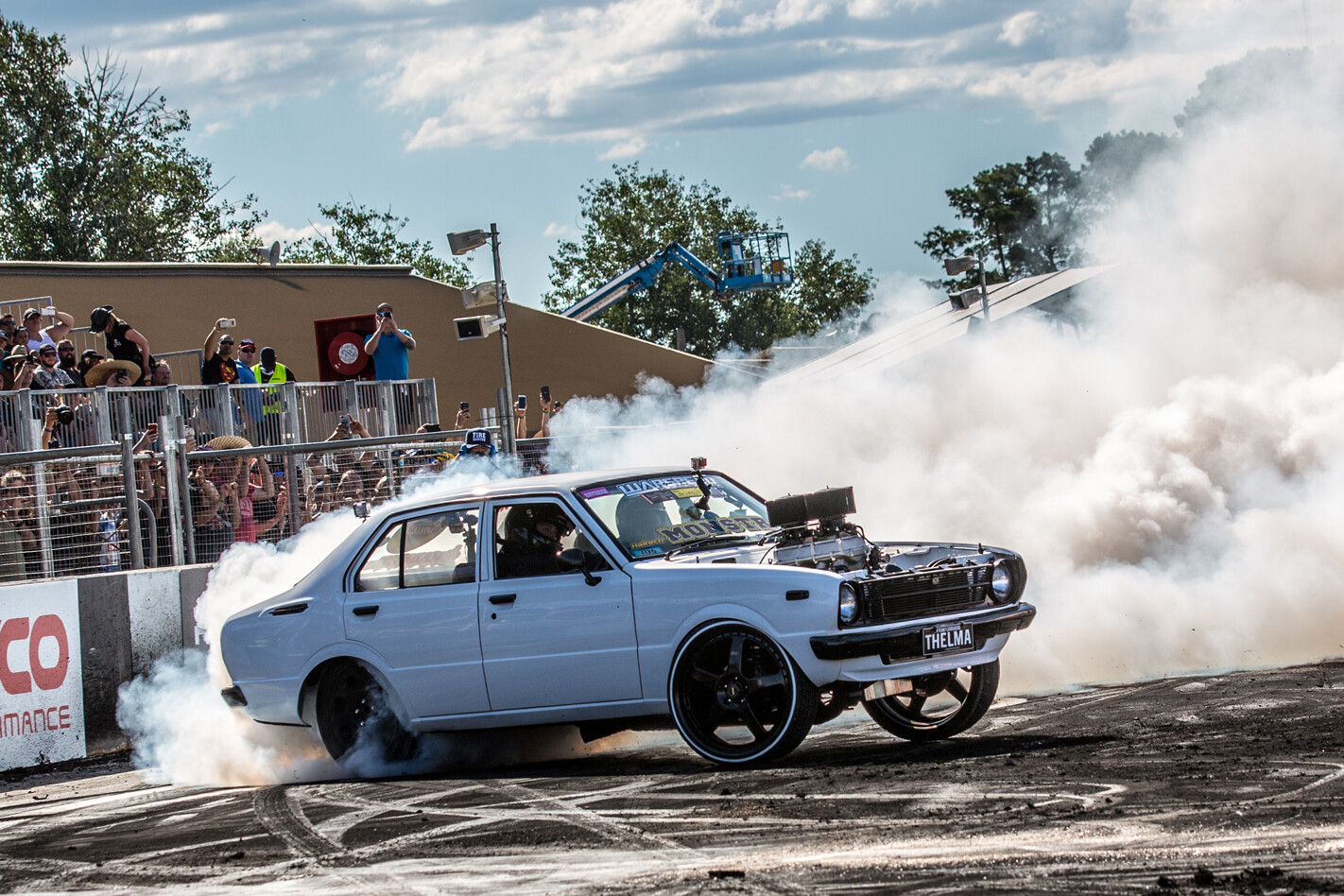 Cleetus well and truly sent it into the burnout pad with a high-speed tip-in and then went straight for the exit road. Unfortunately he had to stop and reverse to avoid nosing the Corolla into the wall, but from there he put on a really impressive display, despite having never driven the car before.

By the end of the skid, the car was leaking radiator fluid but otherwise seemed to handle the punishment fine, but on closer inspection Nathan found that it was in a pretty bad way. During the skid they burst a rear main seal, damaged the water pump, melted the selector cable for the auto and snapped an engine mount so THELMA didn’t skid for the rest of the event.