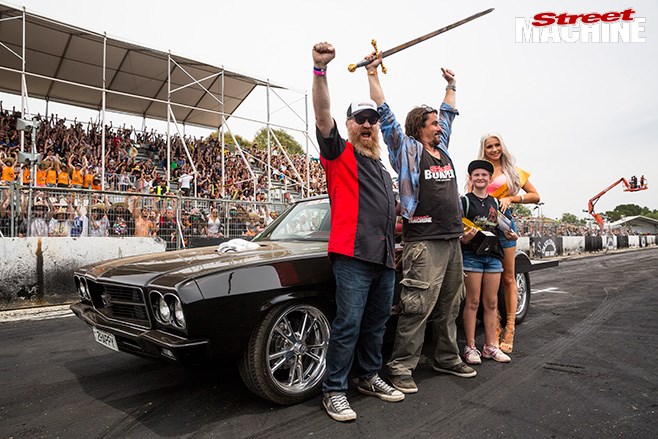 The cool thing about this year’s Grand Champion car is that it was genuinely built to be driven – and driven hard, despite being built to a very high level. Mark drove the wheels off the car in the slalom and heads-up drag racing, getting the sideways and smoking the rear treads to take first and second place. And after collecting his sword, he celebrated with a smokey burnout – once he gets back to Perth, Mark reckons he’s going to smash a set of tyres for Motorvation 31. 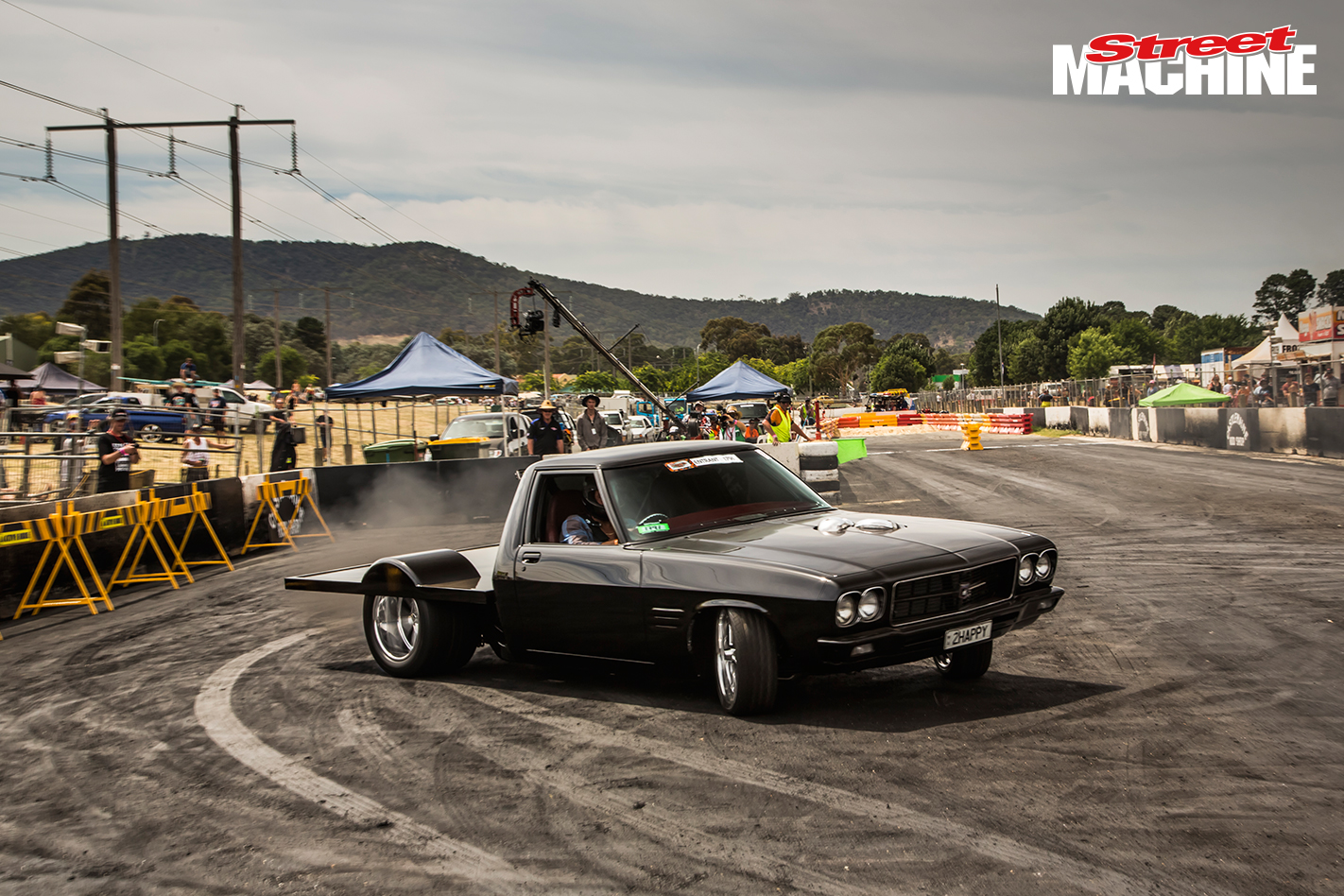 The tonner isn’t certainly isn’t lacking in the horsepower department. With a 406-cube Procharged small-block Chev under the bonnet, Mark says it’s been built to handle ‘a lot’. It’s still a fresh combo with a bit more tuning to do – for Summernats it was on a really soft setup and already making 560rwhp. 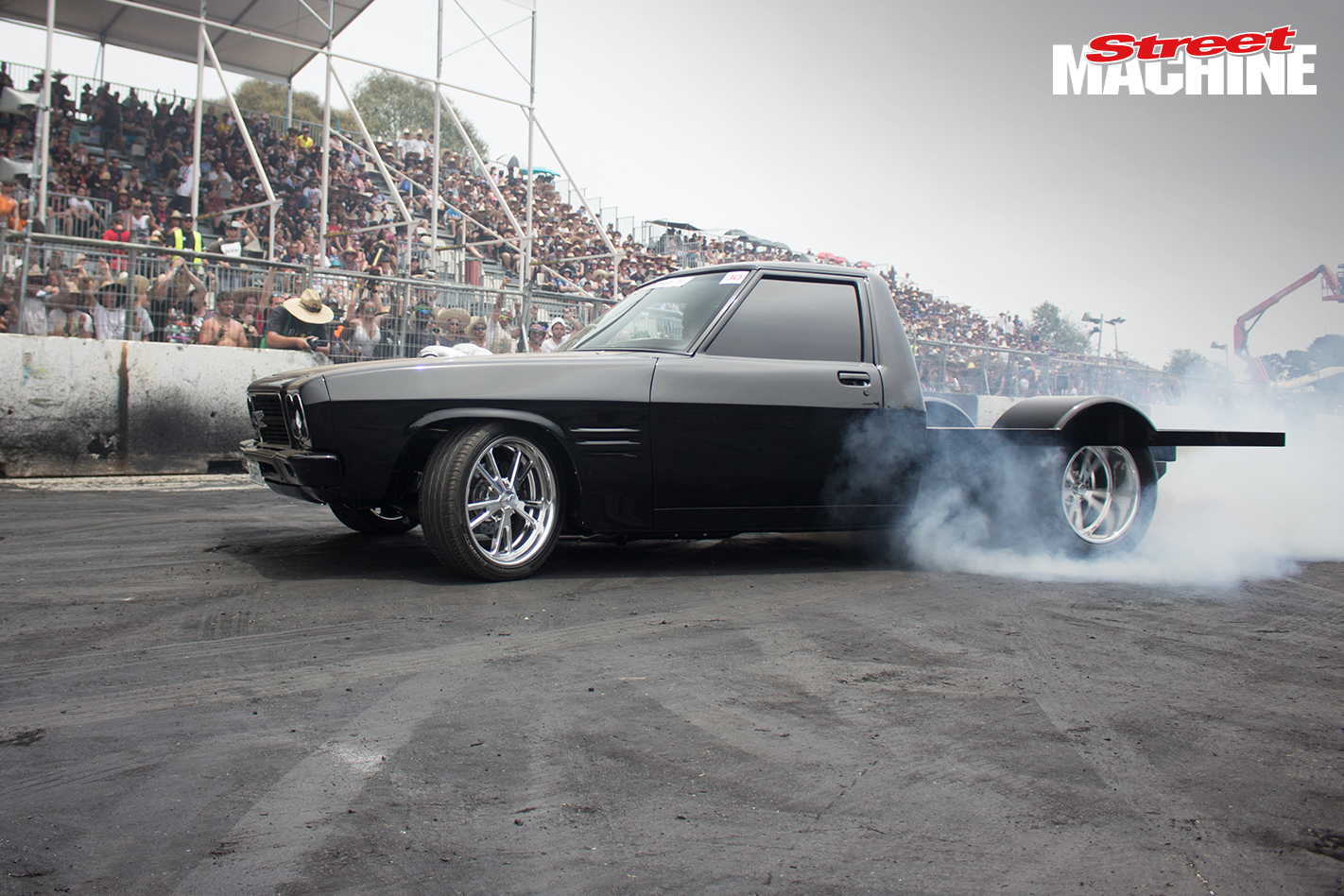 It really was an incredible end to the week for Mark. Sadly his dad who put a lot of work into the HQ passed away on the Friday of Summernats 30. Mark’s dad pushed him to go to the ‘Nats despite being ill and as a tribute to his father, Mark swapped his ‘2HAPPY’ number plates for ‘4MYDAD’ as a tribute. “I know he would have been smiling watching down on me,” said Mark.