Crazy fireballs on the burnout pad at Street Machine Summernats 31

SUMMERNATS is always a scorcher, this year we had multiple forty degree days and when you combine that scintillating heat with crazy blown and injected burnout cars with tyre speeds approaching 300km/h things get even hotter. Some blown cars have a habit of catching fire even in cool temperatures, so you can imagine what it was like at Summernats - yep, the fire crew worked their arses off putting out tyre fires and engine bay flame ups all weekend. 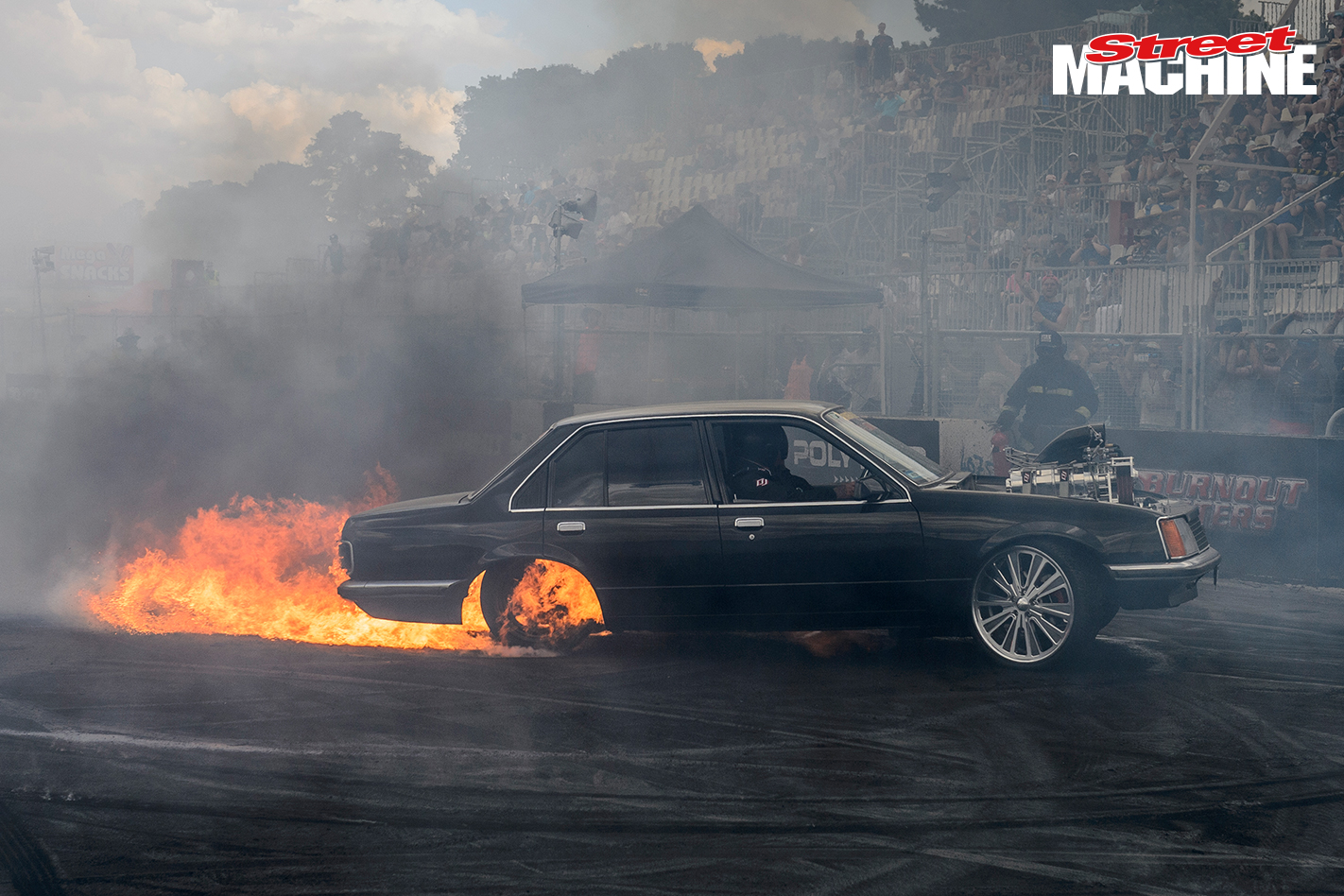 Once again Summernats made it mandatory for all burnout drivers and their passengers to wear fire suits while competing to improve safety, likewise drivers were instructed to stop immediately if their car caught fire to protect anyone pad side and the spectators in the stands. While it might look cool, burnout fires can be seriously dangerous not to mention incredibly damaging to the vehicles. 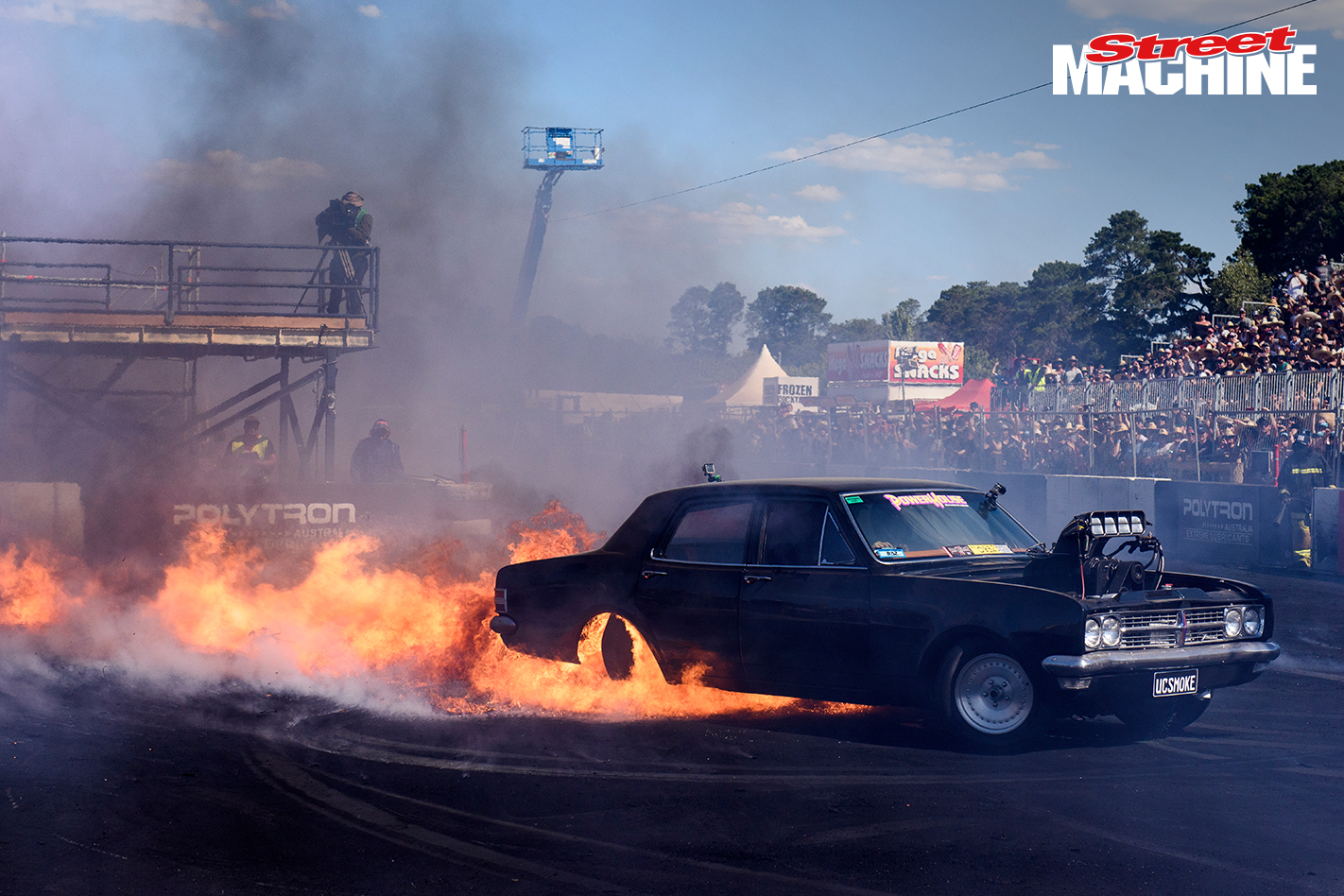 One of the biggest fires would have to have been from Steve Loader in UCSMOKE. Steve buggered up his tip in and ended up grazing the wall during Burnout Masters qualifying so he went back and gave it another bash. From there it was an angry burnout, until the car caught fire and Steve had to get off it. Dwane Pallentine in the PEPER IT Torana also had a biggie. 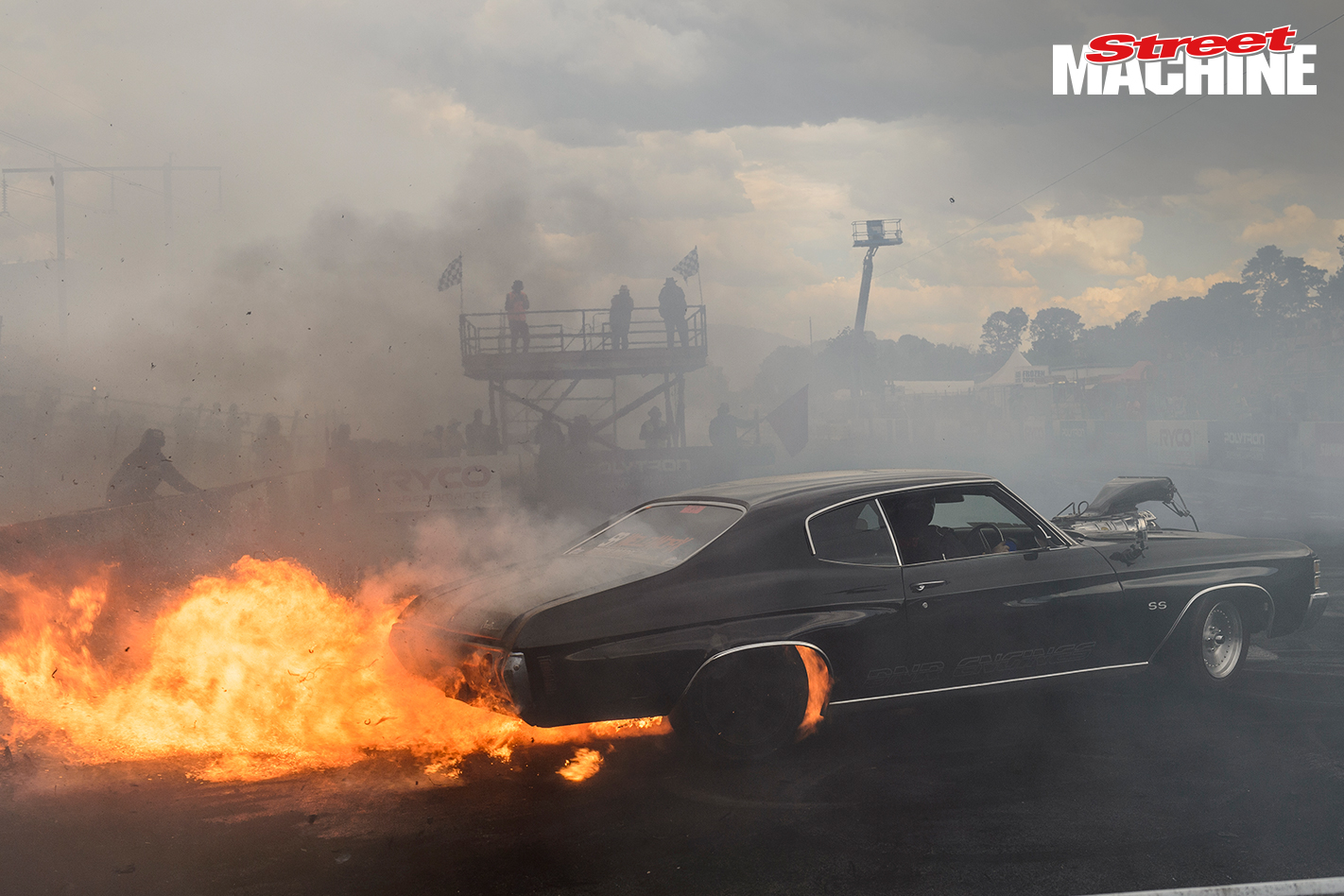 Both Paul Cook's BLWNVC and Dave Cufone's 1FATRAT Chevelle caught fire on multiple occasions during the Last Chance Wildcard Shootout and the Burnout Championship qualifying. It seemed more common for cars to light up down the entry shoot where we saw Jason Rapoff in VH KING (formerly PARALINES) catch fire and spray flames at the commentary tower, possibly due to the rubber dust that had been collecting at that end of the track. 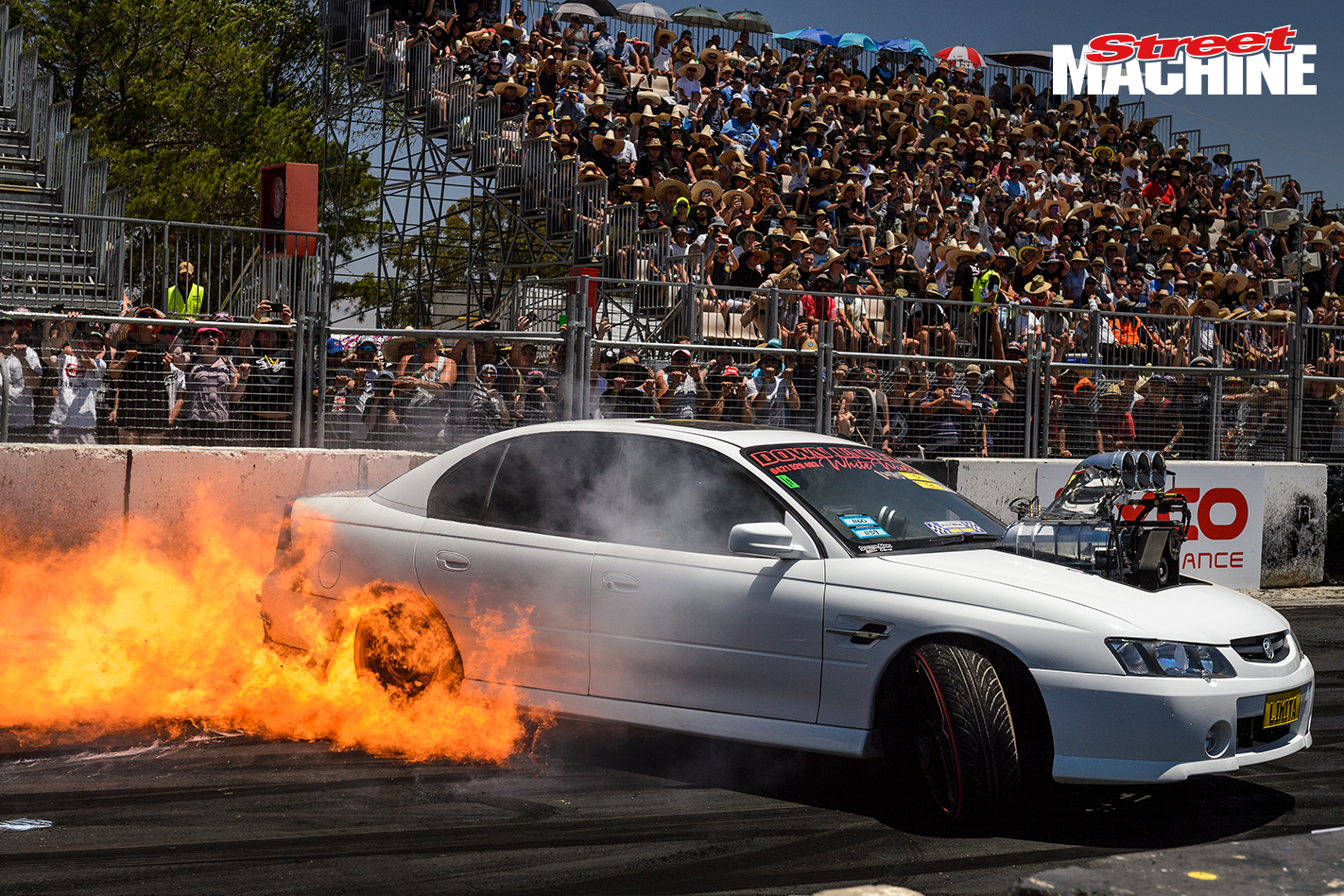 But it wasn't just tyre fires, plenty of cars also had engine bay flame ups thanks to scorching engine bay temps. Dom Luci in LITMUP had one of the bigger engine fires in his LS-powered HZ Holden. Check out the video to see how it went down.