SLAM Champion is the top gong at Summernats Slam. It is what Grand Champion is to Summernats, so it's the one everyone wants to win. It acknowledges and rewards  the most well-rounded car at the event; one that can wow onlookers in the Show and Shine, tear it up in the tarmac motorkhana, and hold its own on the drag strip.

"There were 14 cars going for Slam Champion out of 170 entrants we judged in the Show and Shine," explained Summernats Slam's Owen Webb. "You get points for Show and Shine judging, and then we allocate a maximum of 10 points for the winner of the motorkhana which then decreases accordingly [with each placing], and it's the same for the drag racing. Today we came up with a fantastic winner in the red Mustang of Jonathan Danaskos."

Competition was fierce, and you could have thrown a blanket over the final four finishers -- Jonathan's Mustang, Peta Psaras's AGIT8 VE Sportwagon, Simon Mokdassi's XYKING Falcon and Mark Hayes's head-kicking nitrous Torana. With Peta wheeling her wagon to the fastest time in yesterday's motorkhana, she held the lead in the Slam Champion points race heading into today's drag racing, but Jonathan's second placing on the drag strip was enough to leapfrog Psaras in the standings and steal the win. 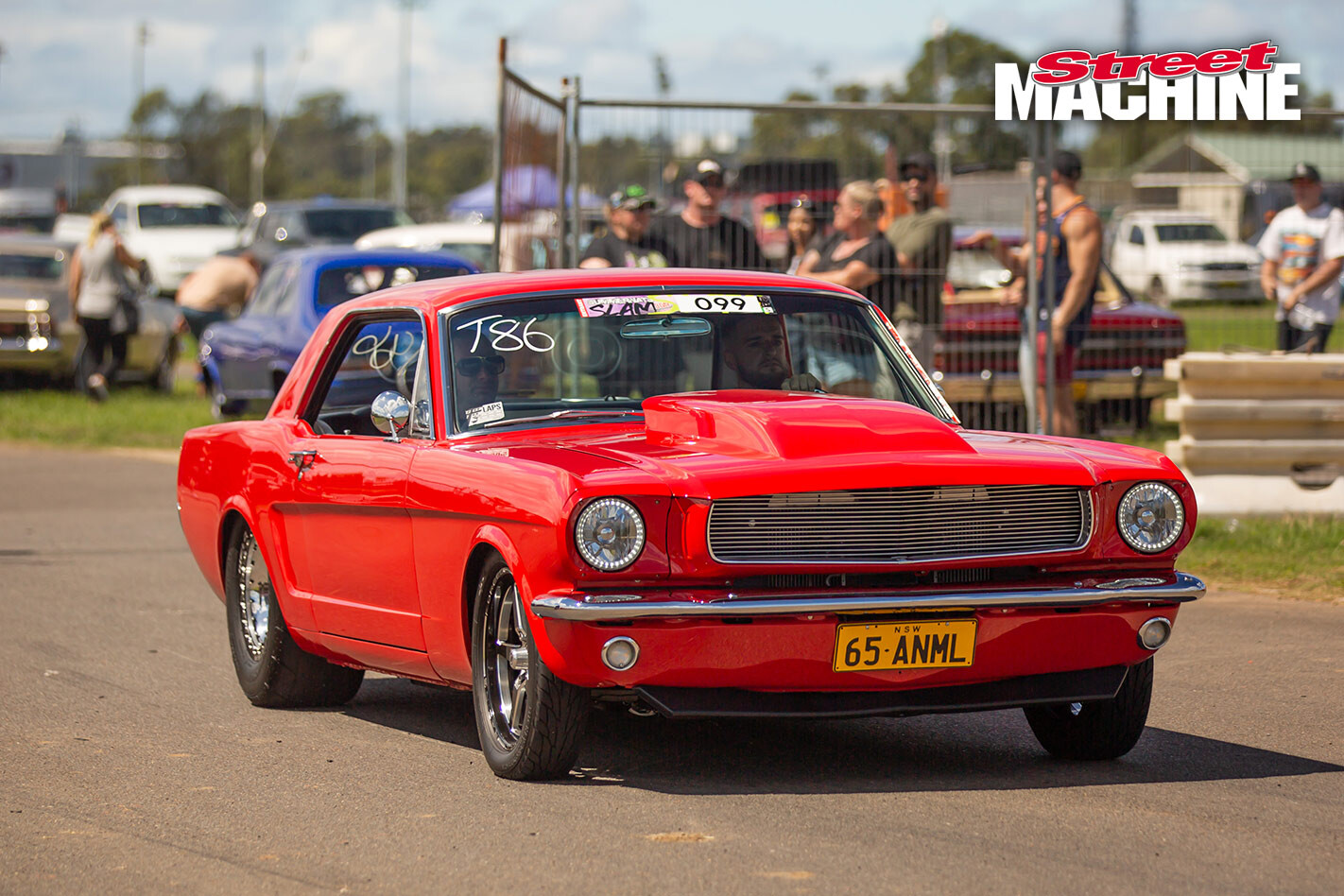 "It's crazy; I definitely didn't expect to win, but I'm loving it!" Jonathan said. "I've had the car for five years and kept changing things slowly and improving it. Now it runs a 620hp 302ci-based Dart Windsor that's stroked to 370ci with AFR heads, a 950 APD carb, transbraked C4 and nine-inch." 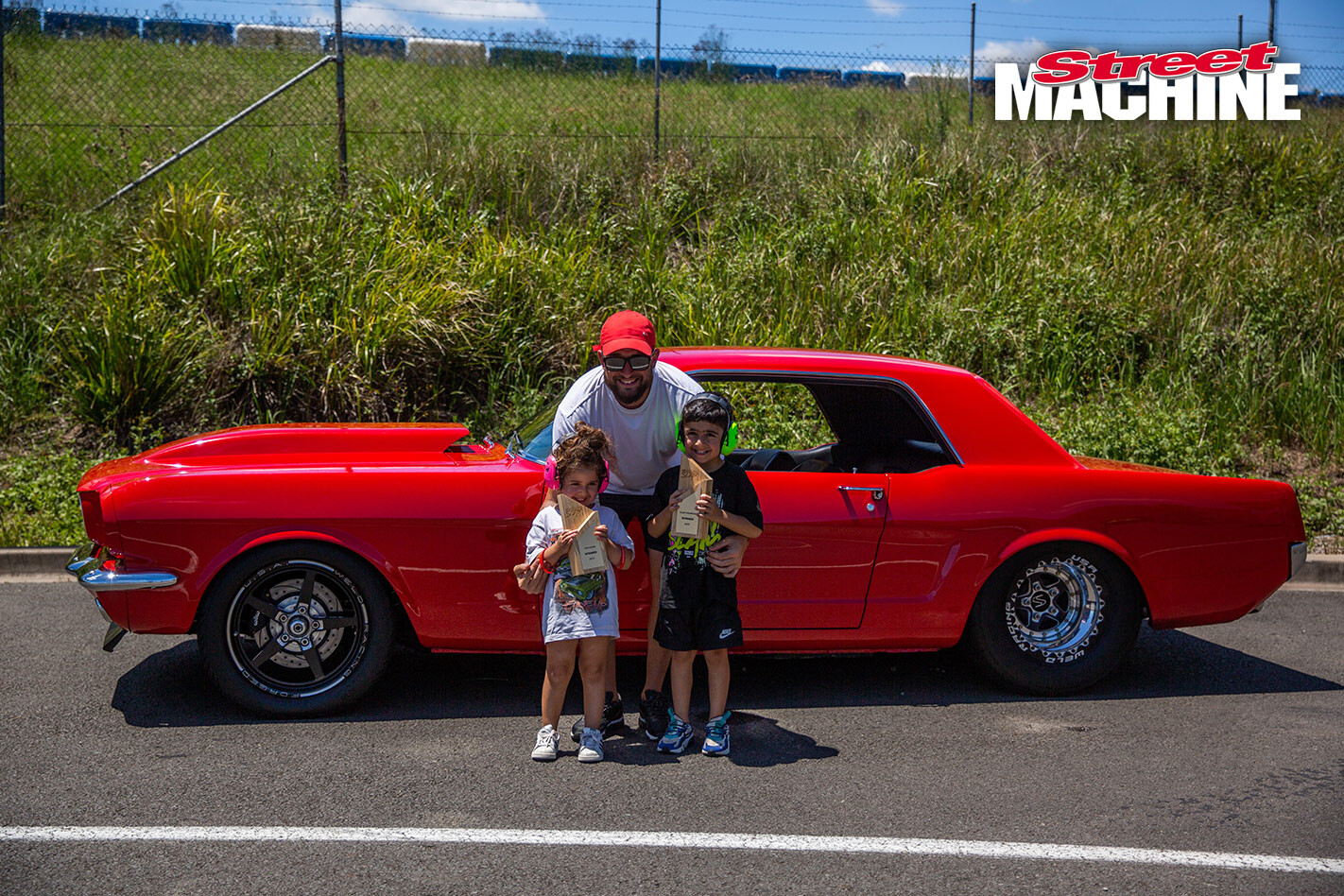 Jonathan with his pit crew, Milani and Levi!

Having run into the tens on a previous setup, 65ANML definitely had the herbs to finish strongly in race to the Slam Champion, and having picked up a trophy for Top Coupe in the Show and Shine, it clearly had the goods in the judging, too. "It's the perfect car that's really indicative of what people are building these days," Webby said. "It's great for going to a cars and coffee or an event like this, and it wouldn't even look out of place at an event like MotorEx."

Jonathan echoed those sentiments: "I don't stop driving it and racing it; it doesn't see much of the garage. I just wanted a clean street car that I can take the kids out in, but still look good and have the grunt; it's got to have power!"